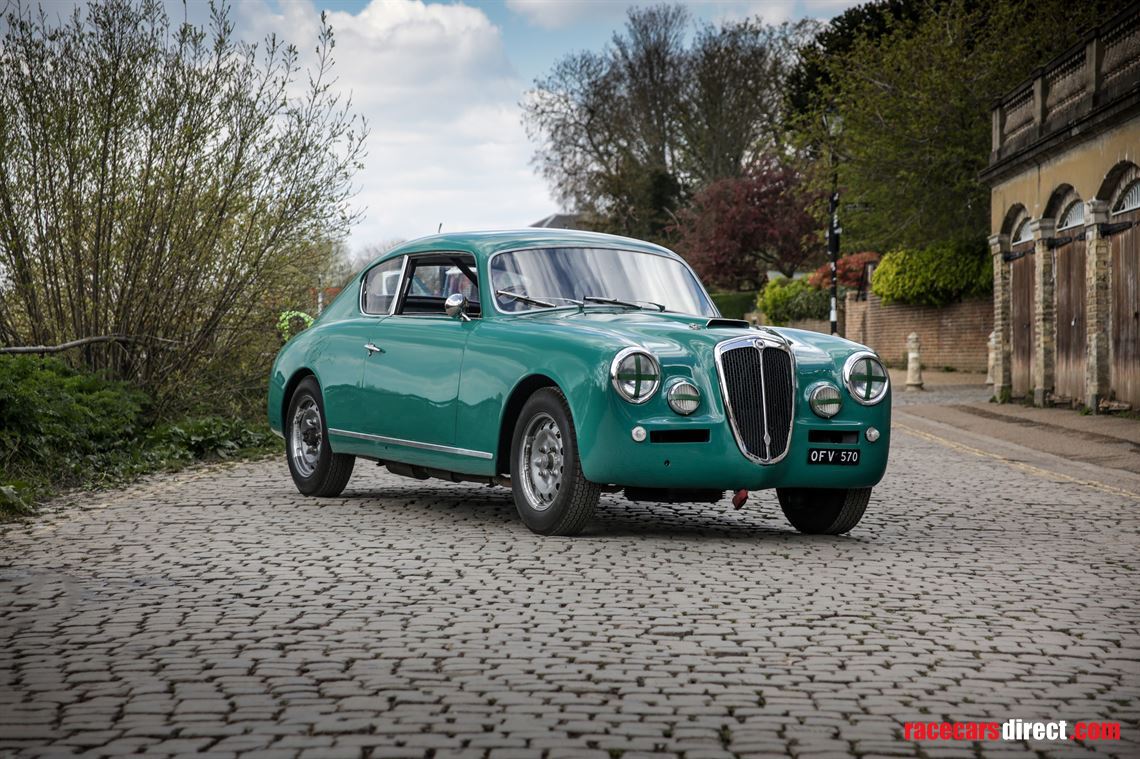 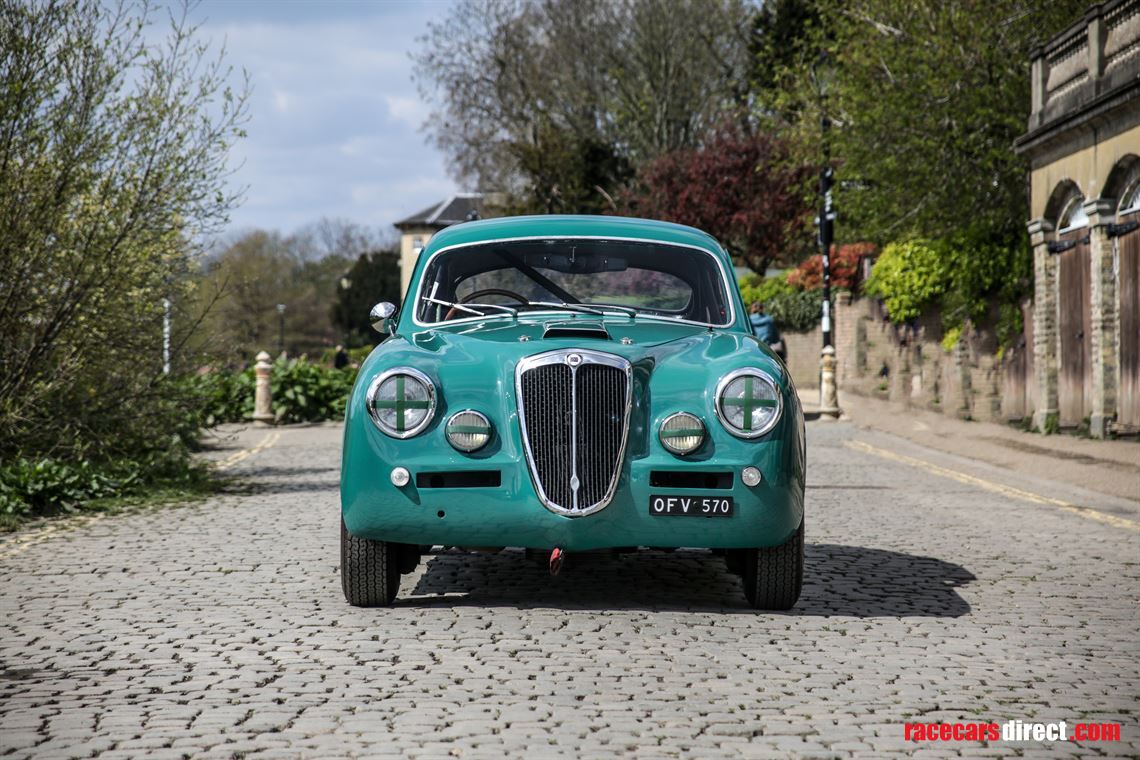 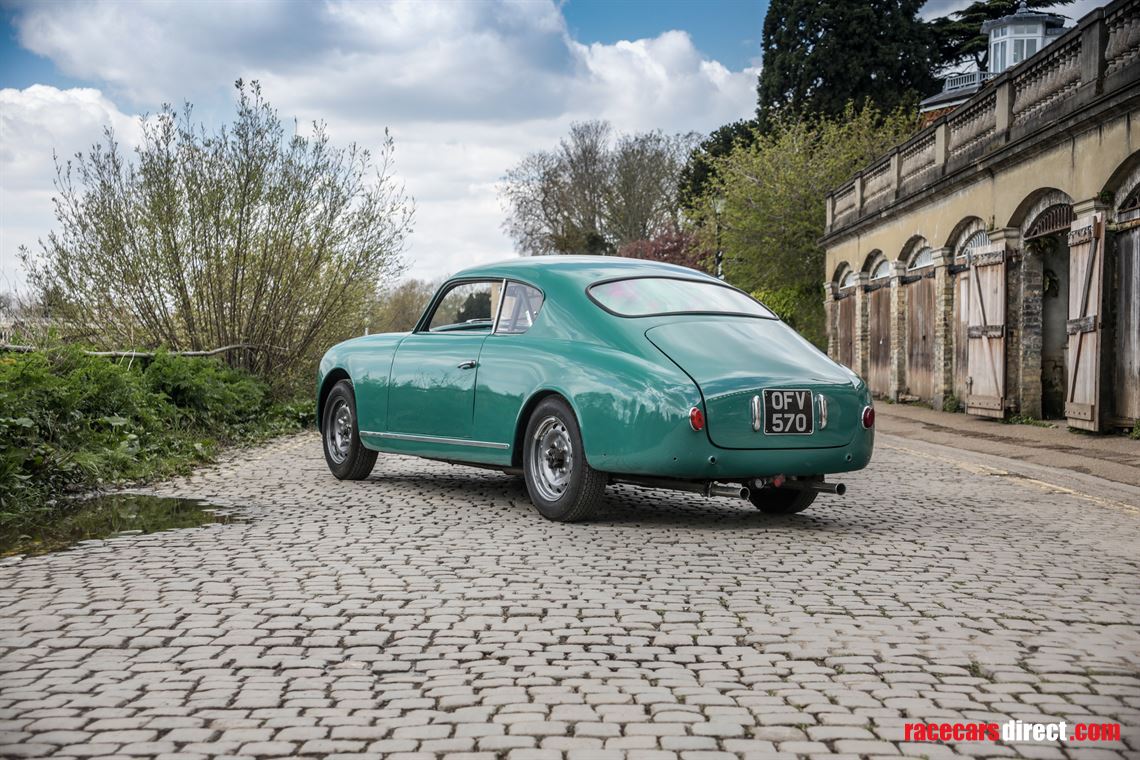 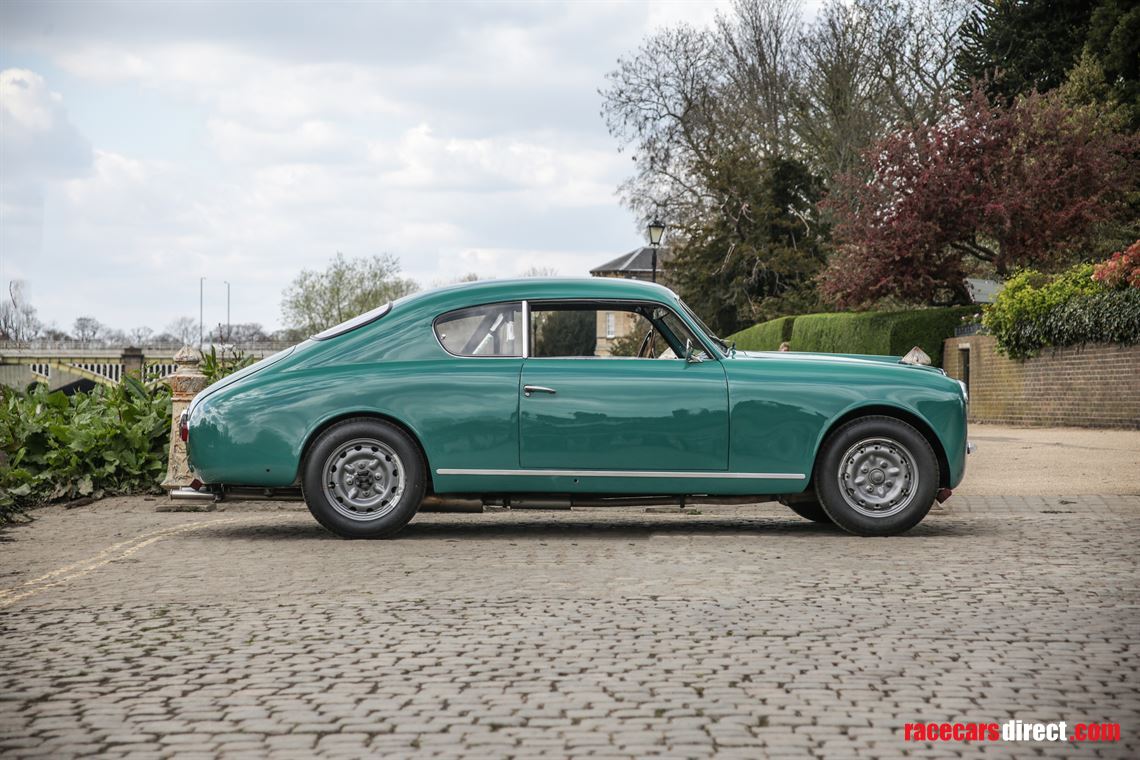 The Lancia Aurelia was first introduced at the 1950 Turin Motor Show. The following year, the stunning Ghia designed, Pininfarina built B20GT was launched. With the first production V6 engine and transaxle sitting inside the sleek coupe body, the model soon proved itself in competition.

In the 1951 Mille Miglia a B20GT finished second, beaten only by a Ferrari 340 America. The same year it took first in class and 12th overall at the 24 Hours of Le Mans. B20GTs took the first three places in the 1952 Targa Florio, and success continued with another win on Lièges-Rome-Lièges of 1953. The fifth edition of the Coppa della Toscana netted 1-2-3 victory for the B20GTs of Scuderia Lancia.

One of the most important wins came in 1954 at the Monte Carlo Rally. This was the first of Lancia’s many overall victories at the legendary rally held on the roads above the principality.

Our car’s UK history goes back to 1978 and in 1994 the car was sold to historic racer Chris Gawne. He then undertook a full restoration of the car of which 40 photographs remain on file documenting the work. The car was returned to its birth colour of Verde. A race engine was installed along with Nardi double carbs and racing Nardi floor change gearbox.

The FIAT Archivo Storico letter held on file confirms both production date of October 1953 and Chassis, Engine and Transaxle numbers. The car is full matching numbers and the original engine and transaxle gearbox come with the car.

The original engine for the car is in full working order with the standard single carb and has not been run since its rebuild in 2006 by the previous owner, Chris Gawne. He confirmed that “no corners were cut in the rebuild and it has a new Holbay fast road camshaft, good used pistons with new rings in rebored liners, new or perfect Lancia OE cam followers, new timing chain, new head and all other gaskets, new valve springs, new valve seats etc.” It has been dry stored and turned over by hand since the rebuild. The original transaxle is stored with the engine.

Chris Gawne then actively campaigned the car from 1998 to 2017 including two Goodwood Revivals where B20GT’s are a popular entry in the Fordwater grid. The Duke of Richmond has described his B20GT as his favourite car so their inclusion should be well assured!

In 2017 Chris sold the car to its current owner who has lavished the same attention to detail and also continued to campaign in the UK and Europe with another Goodwood to add to the car’s racing CV! Invoices on file show that along with general maintenance the car has been fettled by B20GT Guru, Tim Burrett. Our car has joined Tim and his legendary 13 FOO car in the Aston Martin Owners Club team races for many years driven by Chris Gawne and the current owner.

New FIA HTP papers were issued in 2019 valid until 2029, the car is race ready and eligible for all the premier historic events including Goodwood Revival, Le Mans Classic, Mille Miglia, Peter Auto events.

The car, original engine and transaxle and other spares are competitively priced at £147,500