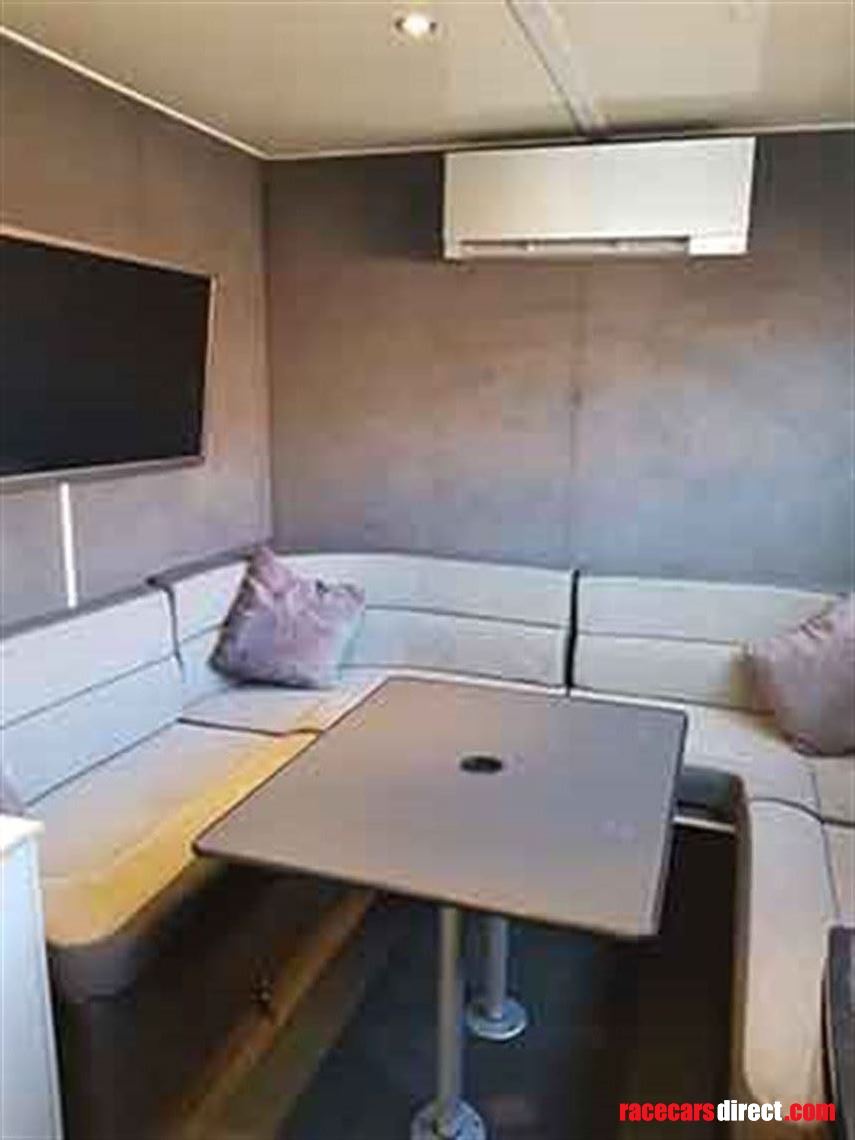 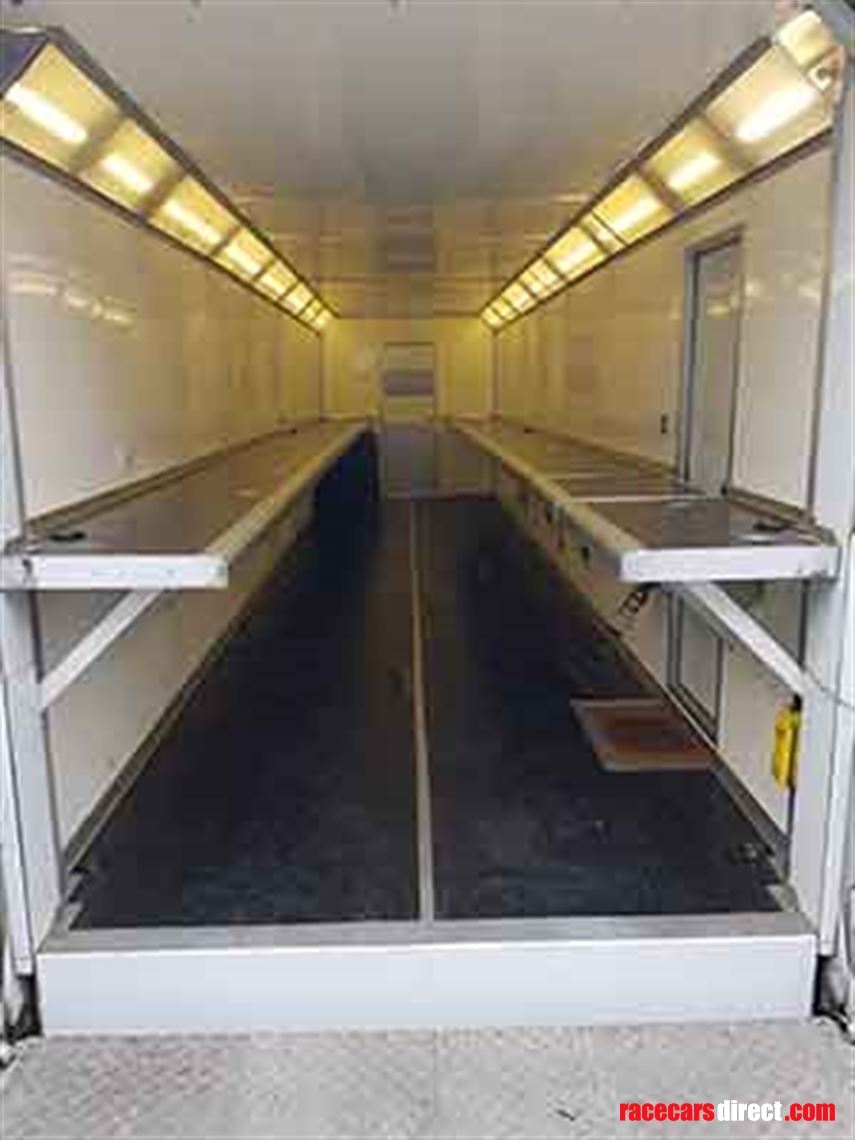 Originally built by Hopkins Motorsport the trailer has been in VR Motorsports possession for four years in which it has been operated under a restricted operators license with 12 weekly checks.

It has a comfortable front office, with U-shaped seating, table, power sockets and a 50 inch television.

The rear of the trailer has a lower deck and two side ramps to creat the second level, it is capable of carrying 3 to 4 cars plus a certain amount of kit in the belly lockers which are sizeable.

This is an ideal race truck for teams carrying multiple cars.
a three bay awning is also included.

The truck is currently in Dumfries but could also potentially be viewed at Praga’s HQ in Cheshire with some notice.

The Tractor unit is a Mercedes Axor, Again very reliable and also under the 12 week checks.

The entire rig is in great condition for its age. a great investment.
The VR branding will be removed. We would be happy to rebrand the unit for you at extra cost.

One of the most iconic Turbo Era cars..

Available with flight cases and pad levellers as combined kits.