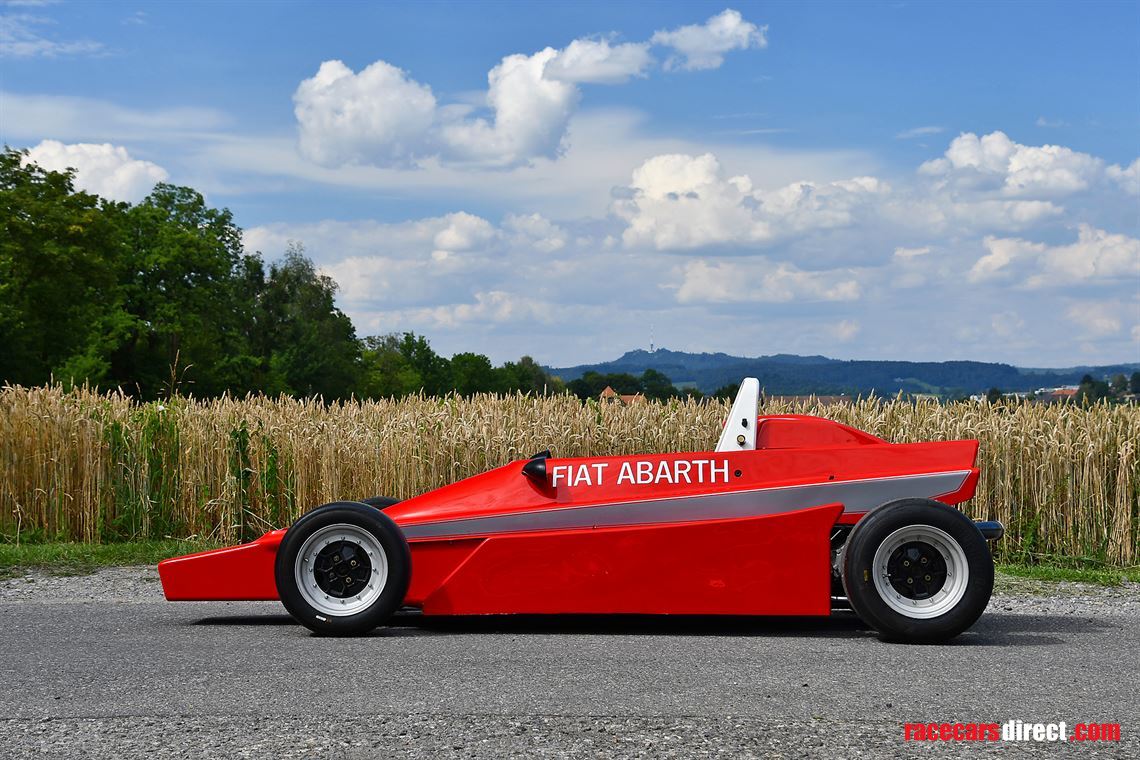 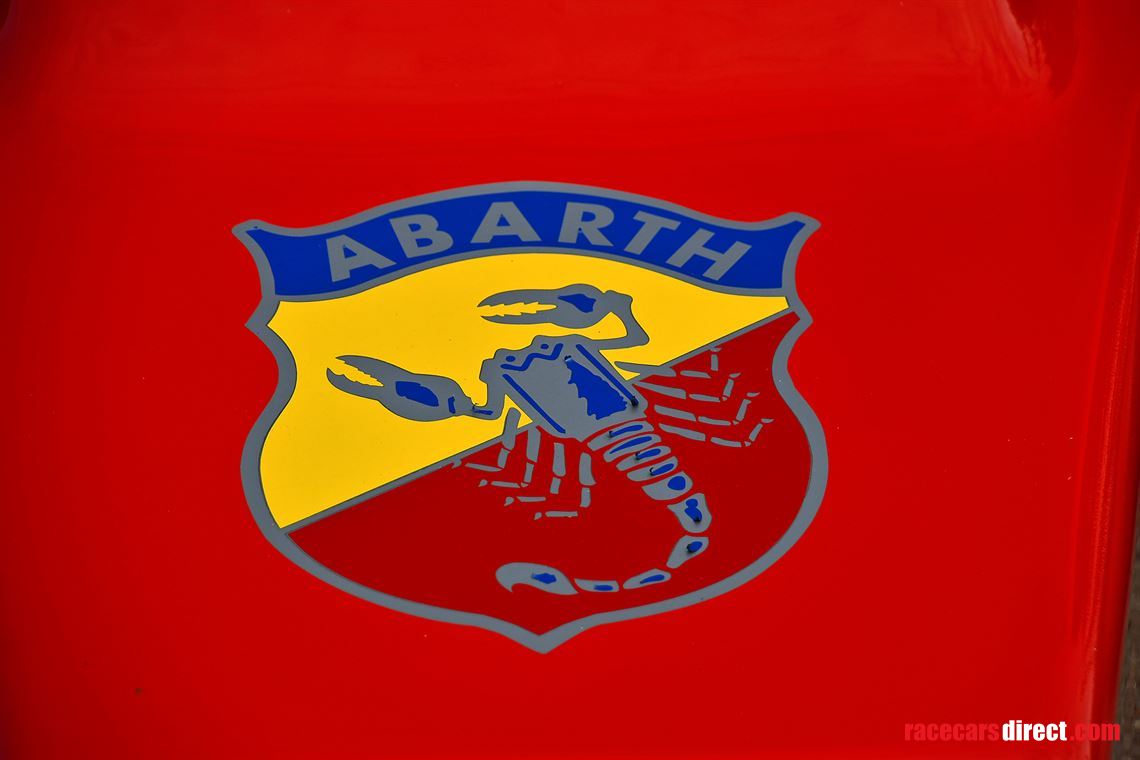 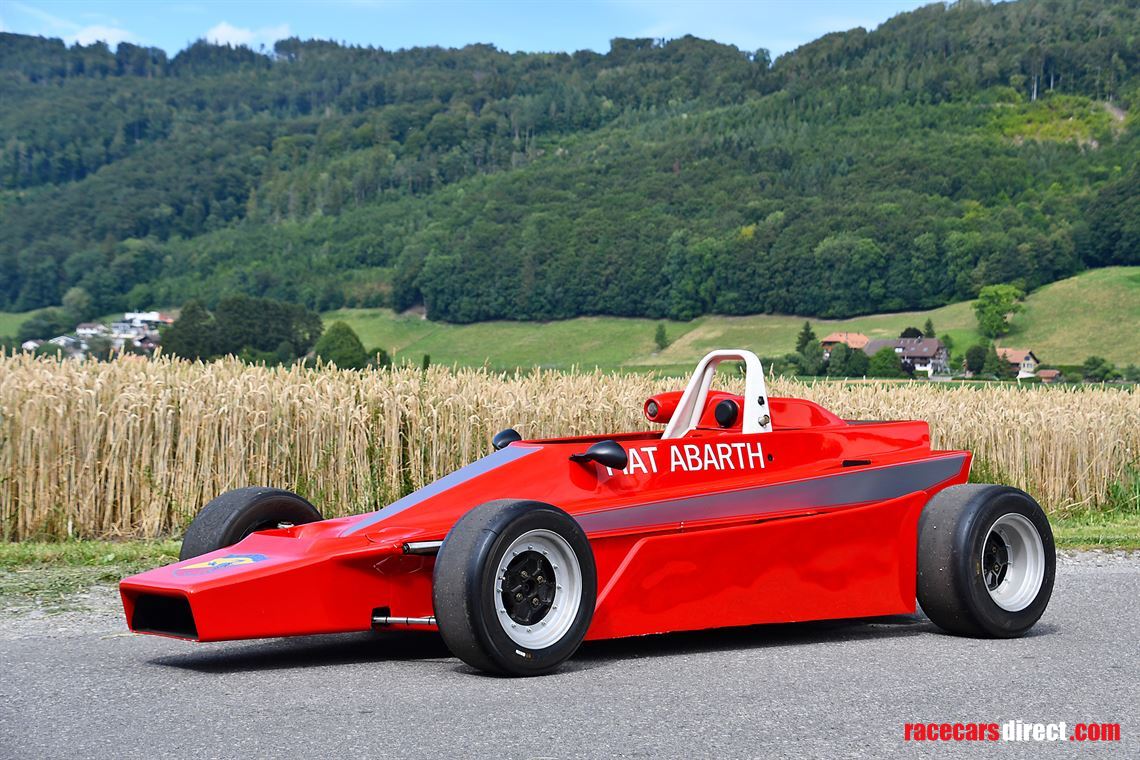 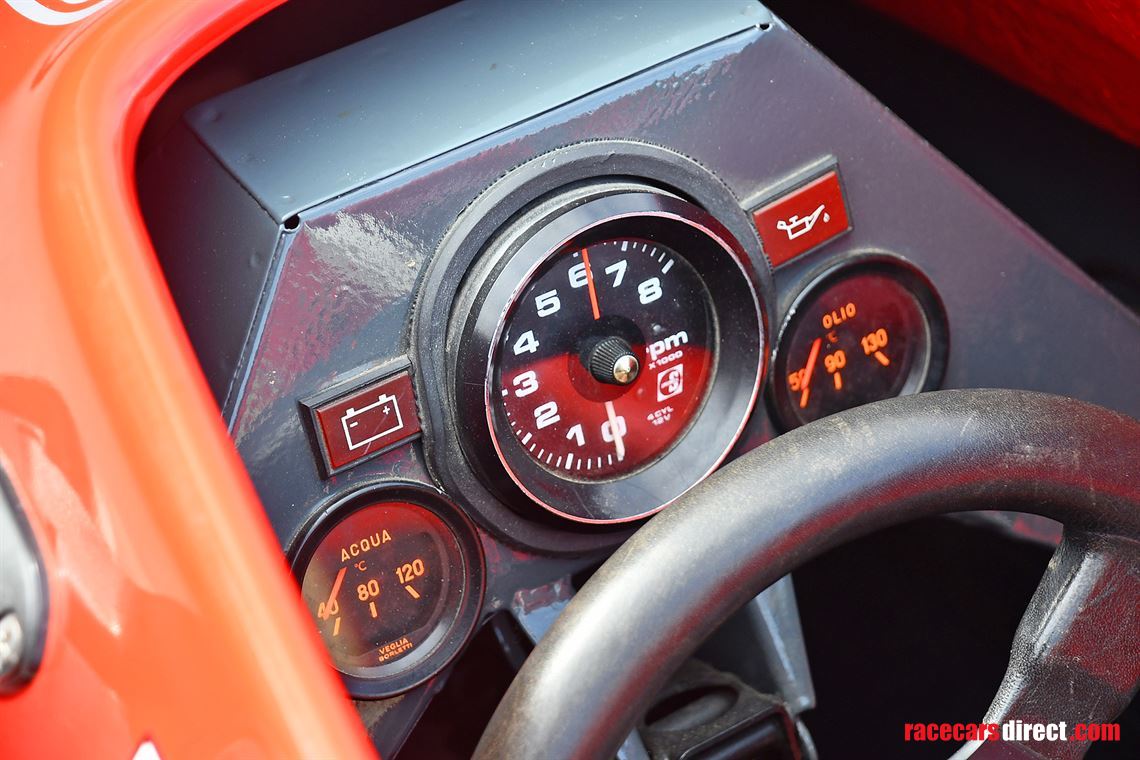 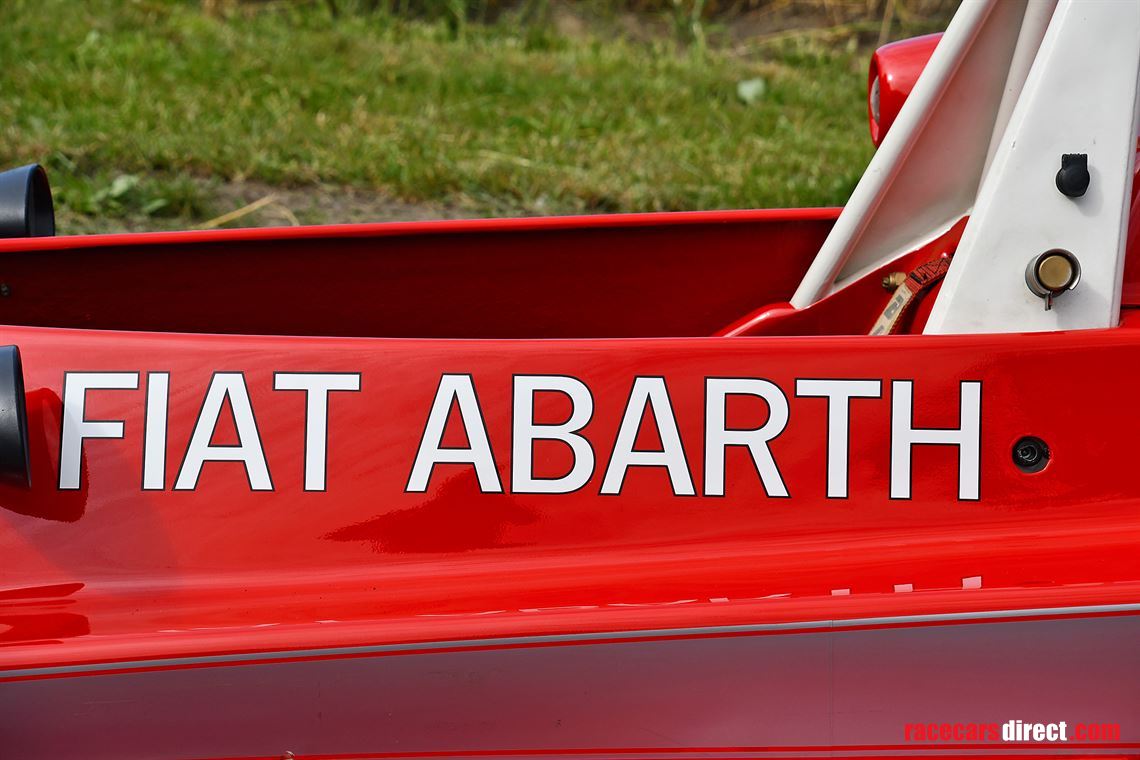 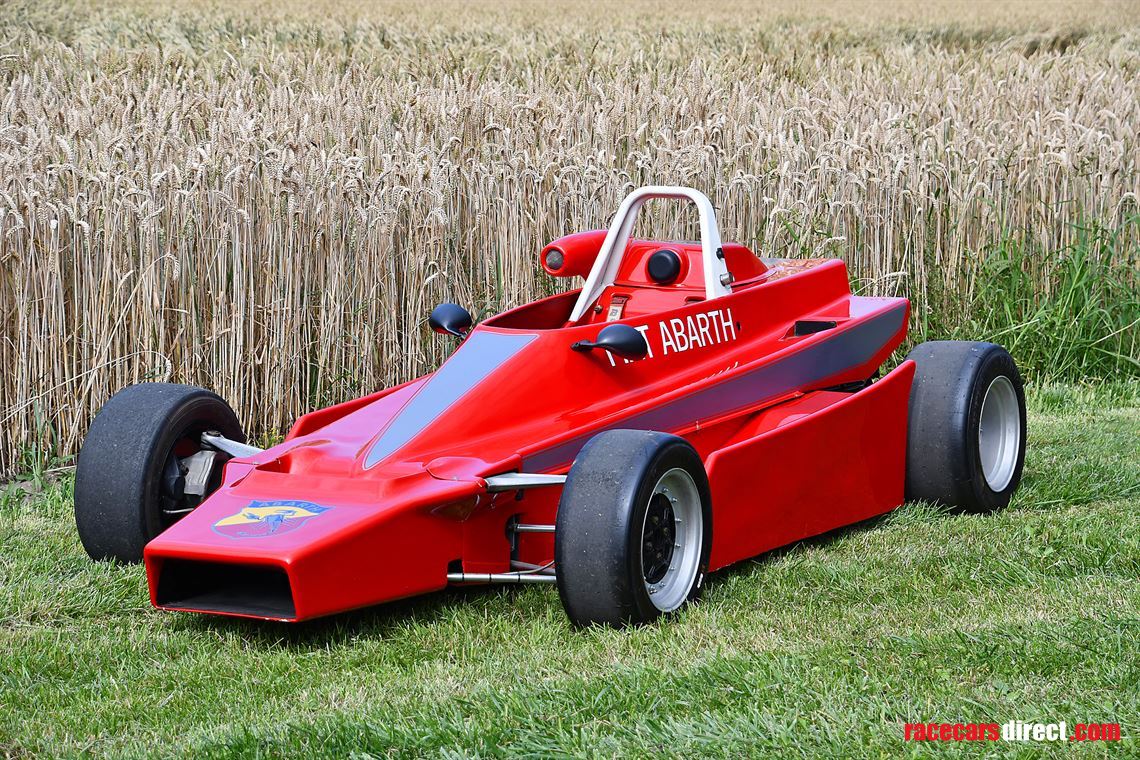 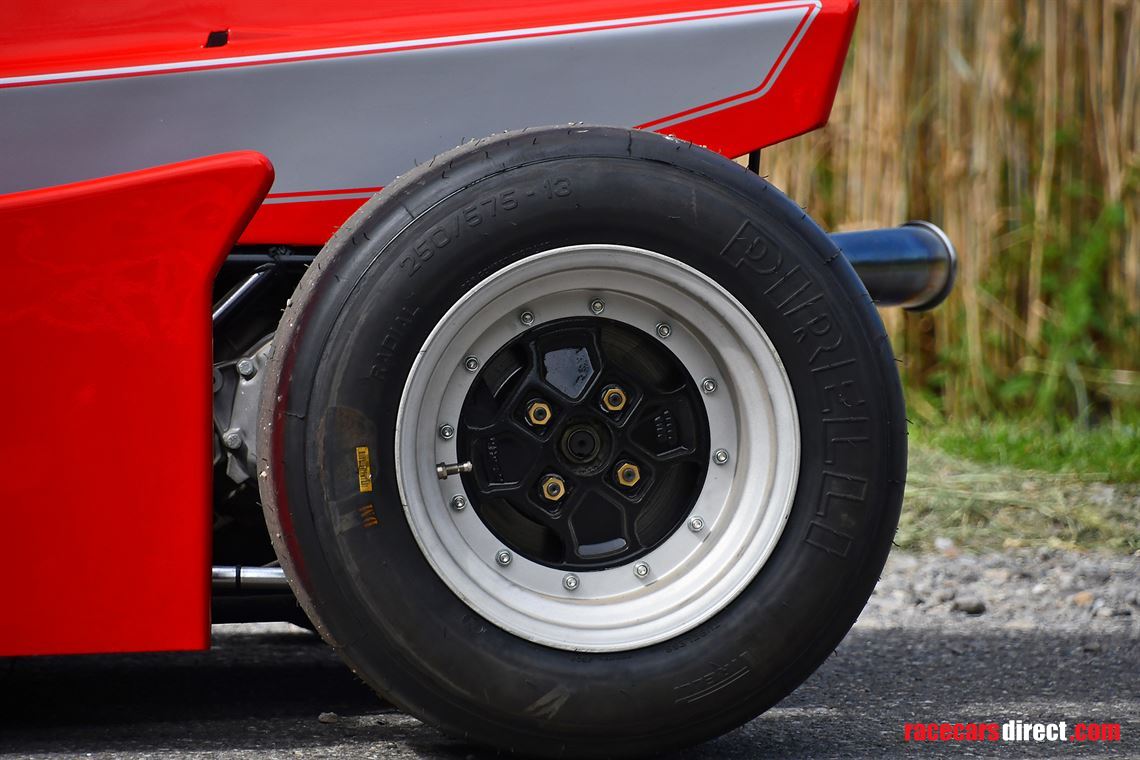 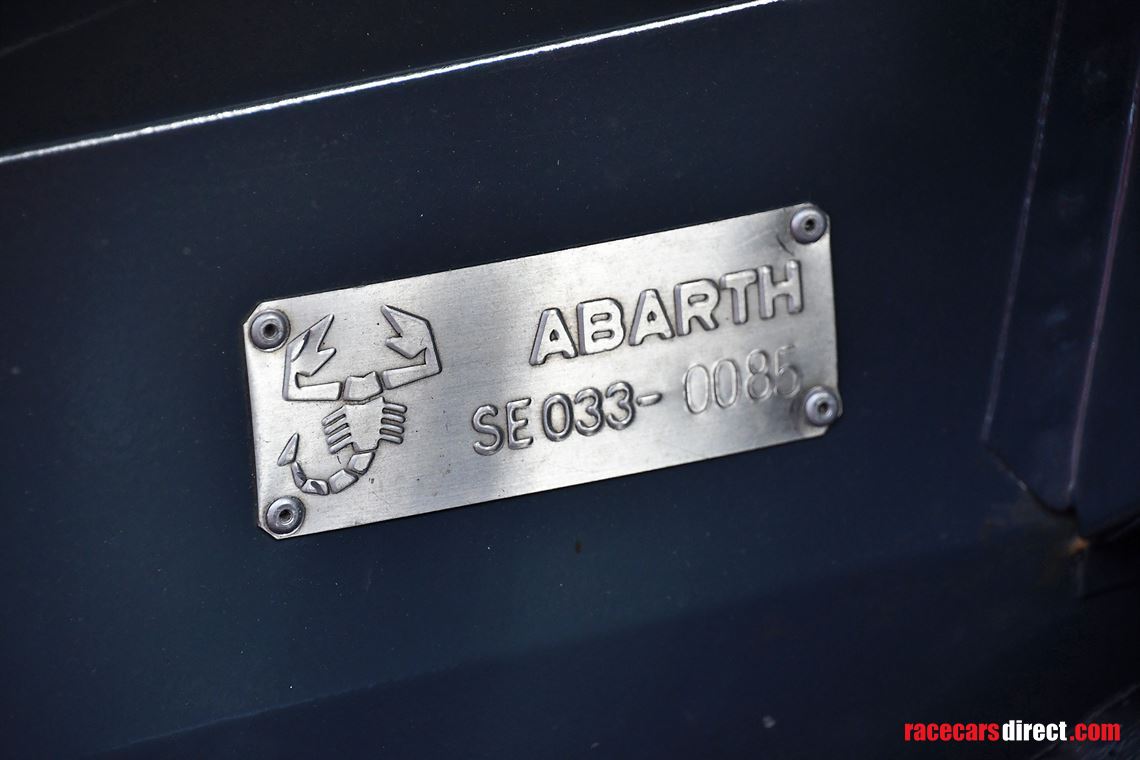 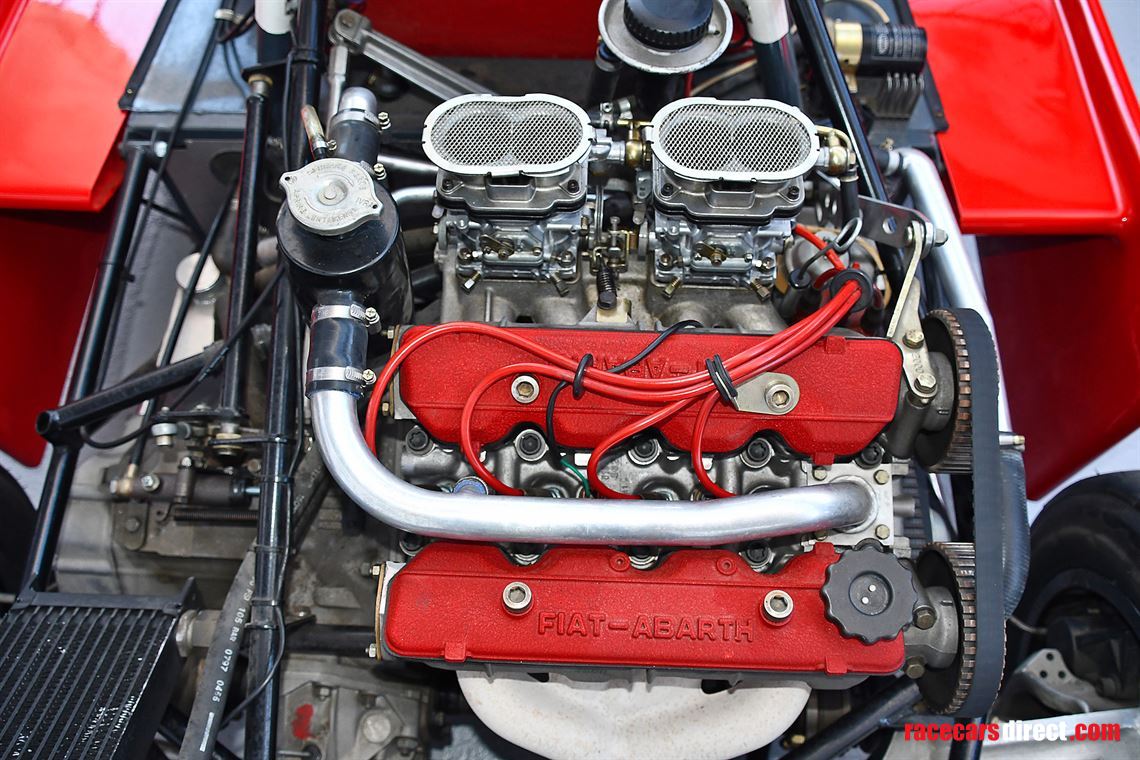 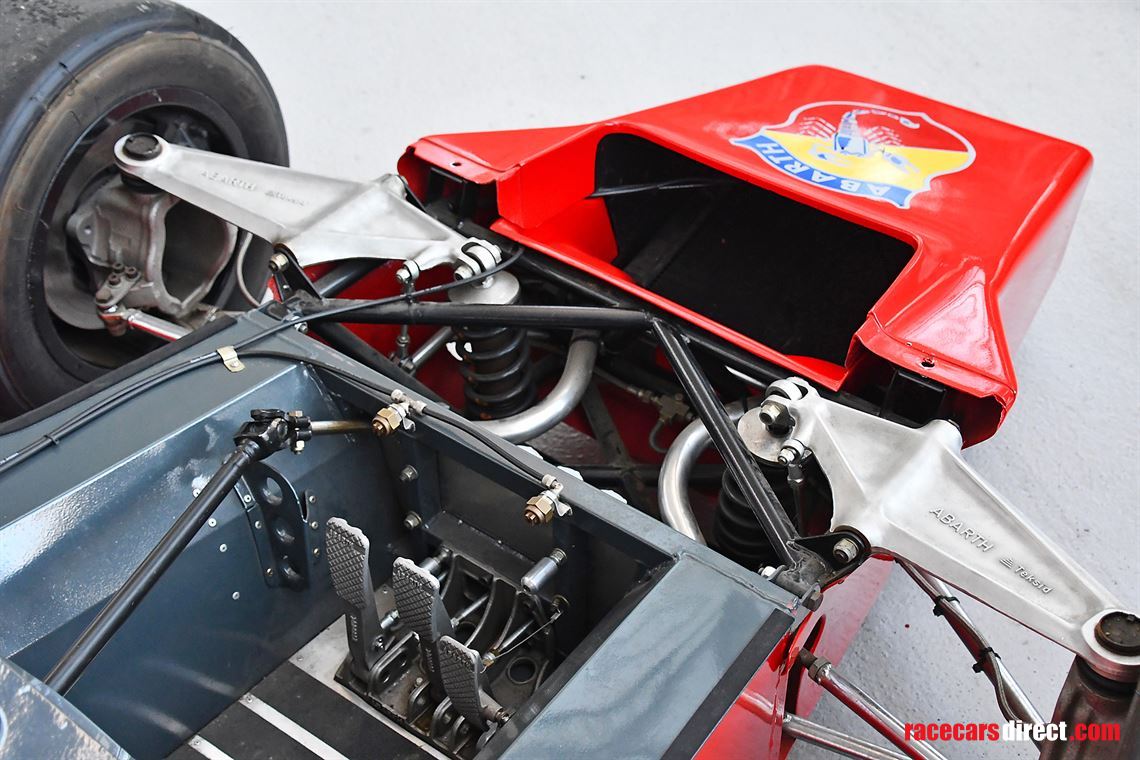 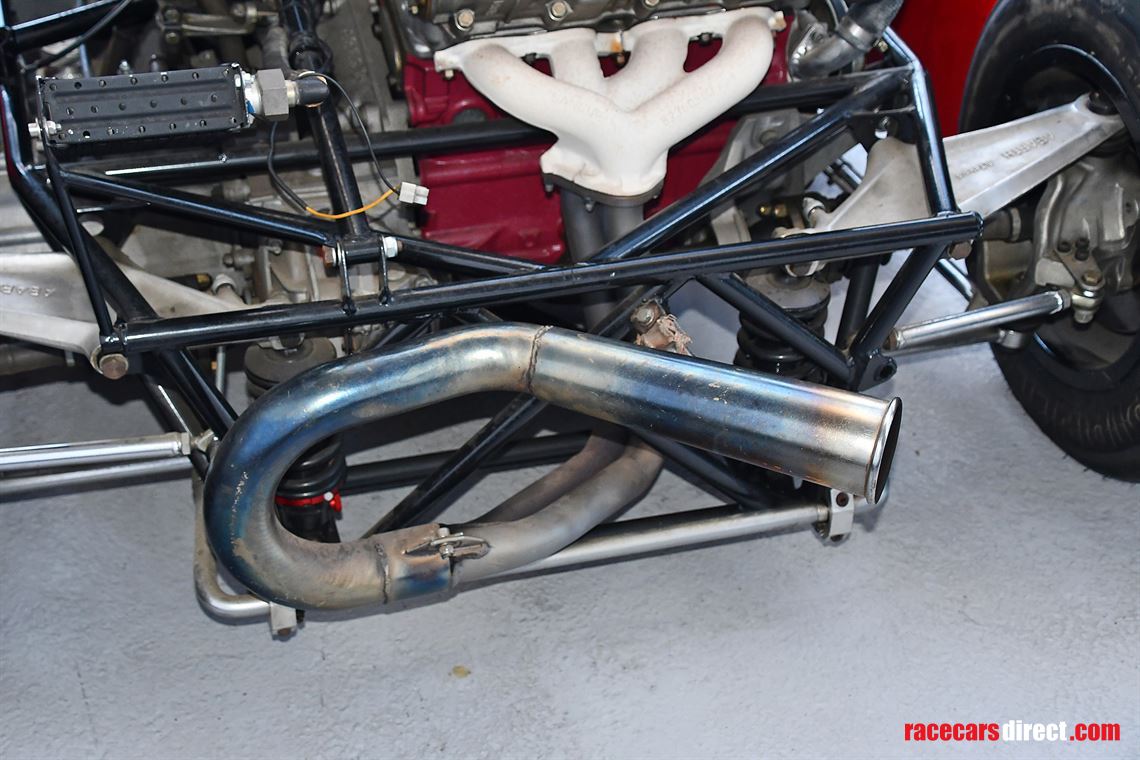 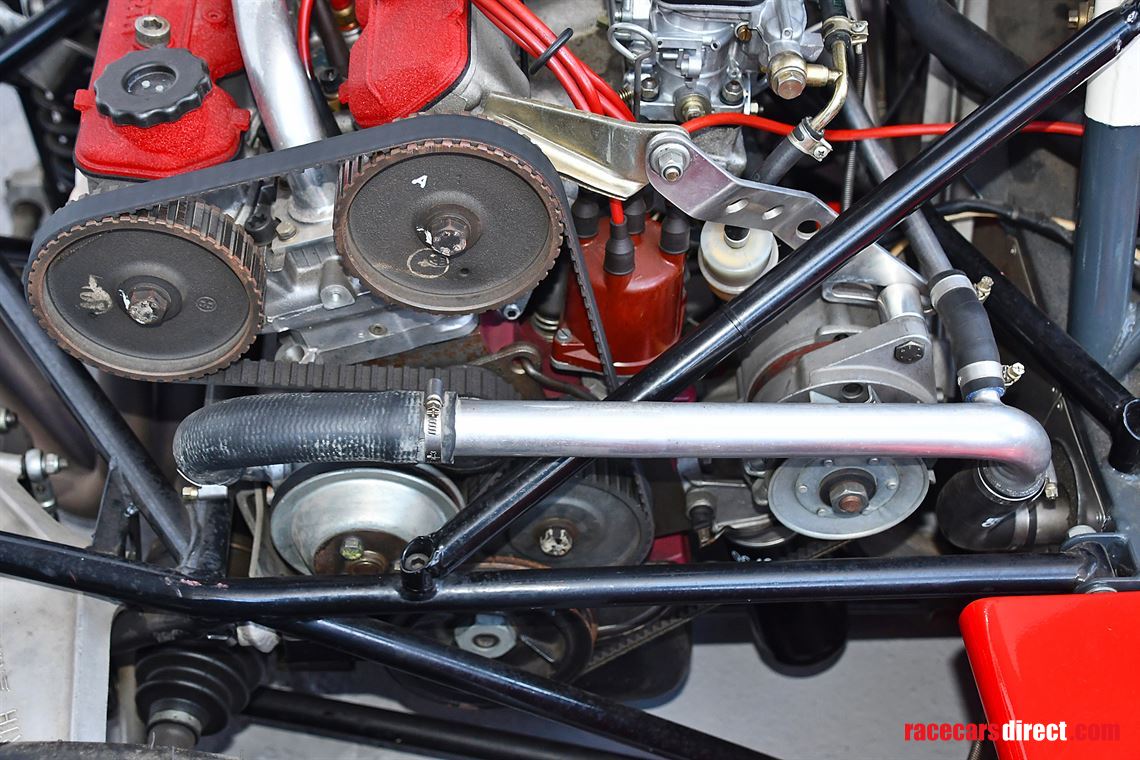 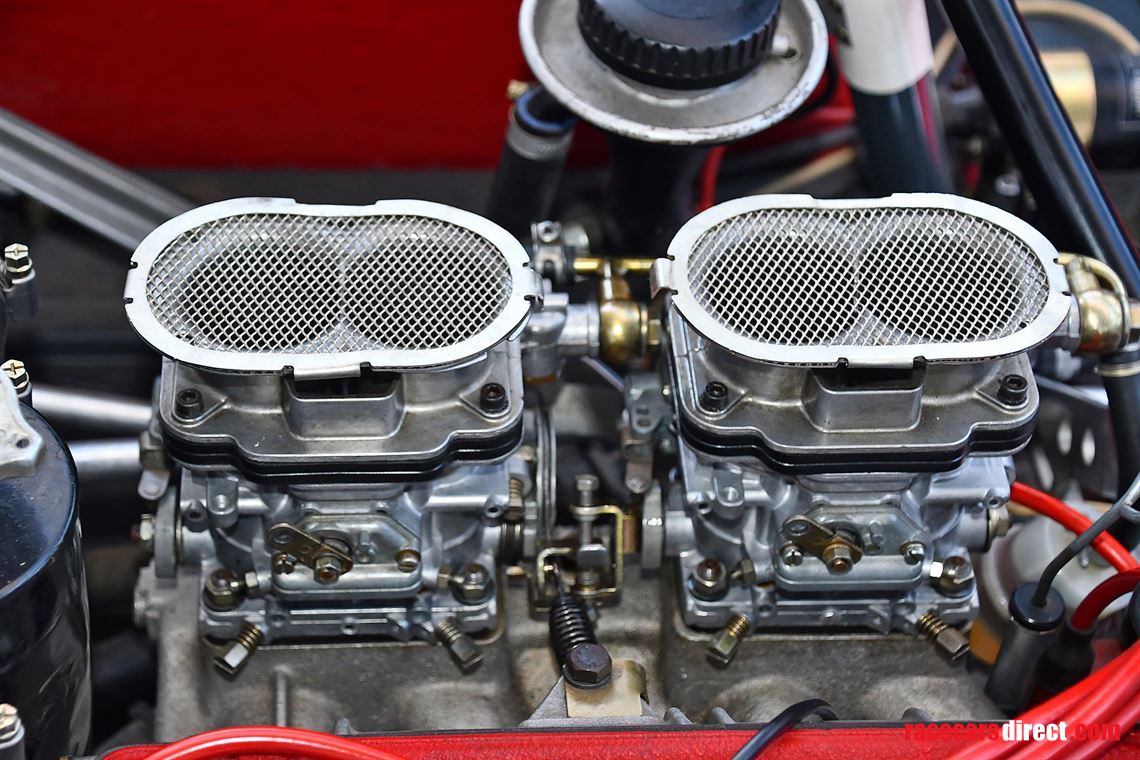 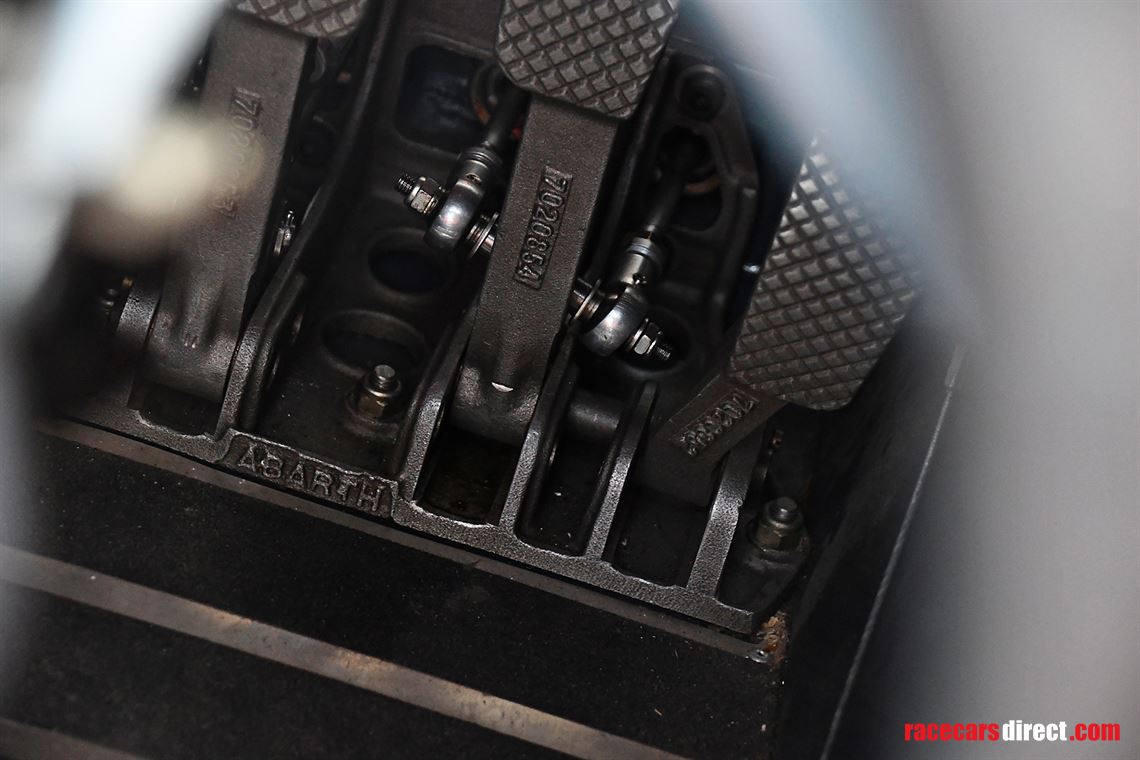 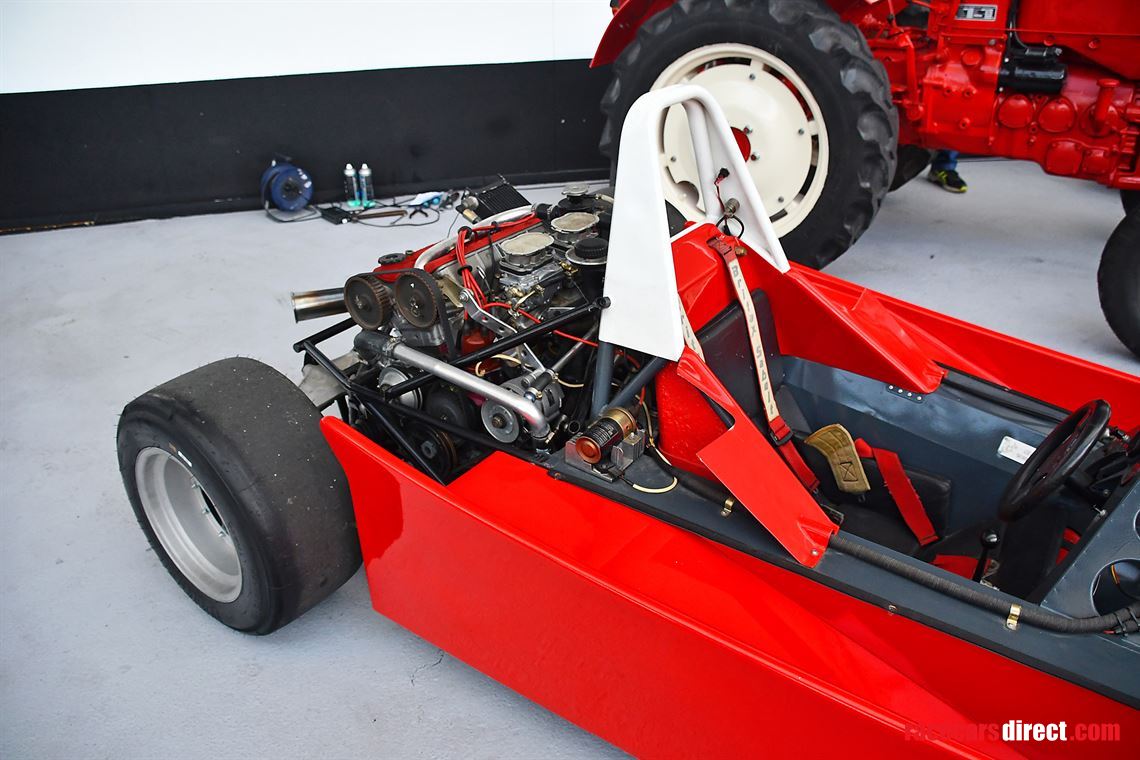 We are delighted to present for sale this single seat, open top race car and piece of automotive history with an impressive 250bhp per tonne.

Dubbed the SE 033, this Fiat-Abarth is equally at home on track, in an established collection or perhaps, it could also be enjoyed as a piece of automotive art.

Having once been a car that was well and truly put through its paces on the track, it subsequently benefitted from a nut and bolt restoration over many years by a Swiss Abarth enthusiast with links to the Sauber F1 team. All parts that were heavily used and worn when racing were replaced with original spares and the car was carefully refurbished to ensure originality. This also included a respray in the original livery with correct Abarth paint batches.

Following a loving and extensive restoration it was sold to a Swiss-French collector where it formed part of his extensive collection of Italian automotive greats.

Bought by its current Swiss owner in 2016, the car formed part of his extensive collection and benefitted from CHF 4000 worth of servicing in 2018/2019 to bring it back to perfect running condition. The work undertaken included a new cam belt, overhaul of the Weber 44 DCNF carburettors, and entirely recommissioning the braking system. There is also a new gel battery and external charge system to maintain it.

For aspiring race car drivers, mastering this single seater which is capable of 234km/h would provide excellent training for all levels and classes of motorsport. Aside from track days, hill climbs are a tantalising prospect. For the more subdued, great pride could be
taken from demonstrating this motorcar at events or of course, simply enjoying its presence in one’s collection.

Sadly due to personal circumstances the current owner has not been able to enjoy driving the car. As a result it is in excellent condition, ready and waiting for an enthusiastic and discerning owner to enjoy everything it has to offer, either on or off the track.

To understand the significance of this car to motorsport enthusiasts and diehard Abarth fans, it is worth noting that this vehicle, of which just 150 were produced, was the last automotive design contribution of its famous namesake Carlo Abarth.

Take yourself back to Italy in 1979. After the success of the Formula Italia which ran from 1972 to 1979, Fiat and their racing subsidiary Abarth were once again called upon to engineer a new single seat race car for the next decade. The new race series, run by the Italian body CSAI or, la Commisione Sportiva Automobilistica Italiana, was to provide yet another springboard for aspiring young drivers to eventually progress to higher level racing including for the very best, Formula One.

In the spring of 1979, Carlo Abarth was sadly diagnosed with stomach cancer. He wished to visit the Turin factory which saw the creation of many famous sports and race cars bearing his name one final time.

During his visit he was presented with the model designated SE 033. Critical of how the car looked, he sat down with his former colleague and employee, chief designer Mario Colucci. Taking some cardboard and a pair of scissors, he reimagined the car’s shape. In the words of Abarth biographer Luciano Greggio there was “a touch here, a cut there, he worked for an hour in the role that he loved so much because he wanted to leave his mark one last time on a car which, deep down, he still felt was his…”

Passing away on the 23rd of October 1979, it was to be his last contribution as a car designer. The car he left his final mark upon would eventually take part in the Formula Fiat-Abarth series for 7 seasons, from 1980 to 1986 and propel the likes of Alessandro Nannini to Formula One amongst others.T

Gearbox:
The engine is mated to a 5-speed gearbox plus reverse made by Lancia for the Beta
Montecarlo. Single dry clutch.

Body:
The frame is a central monocoque made of steel sheet filled with polyurethane. The front and
the rear are constructed with tubular frames for easy replacement in the event of damage.
The bodywork is produced from self-extinguishing glass fibre reinforced polyester.

The car comes with an extensive racing history and the list of mechanical upgrades is long.