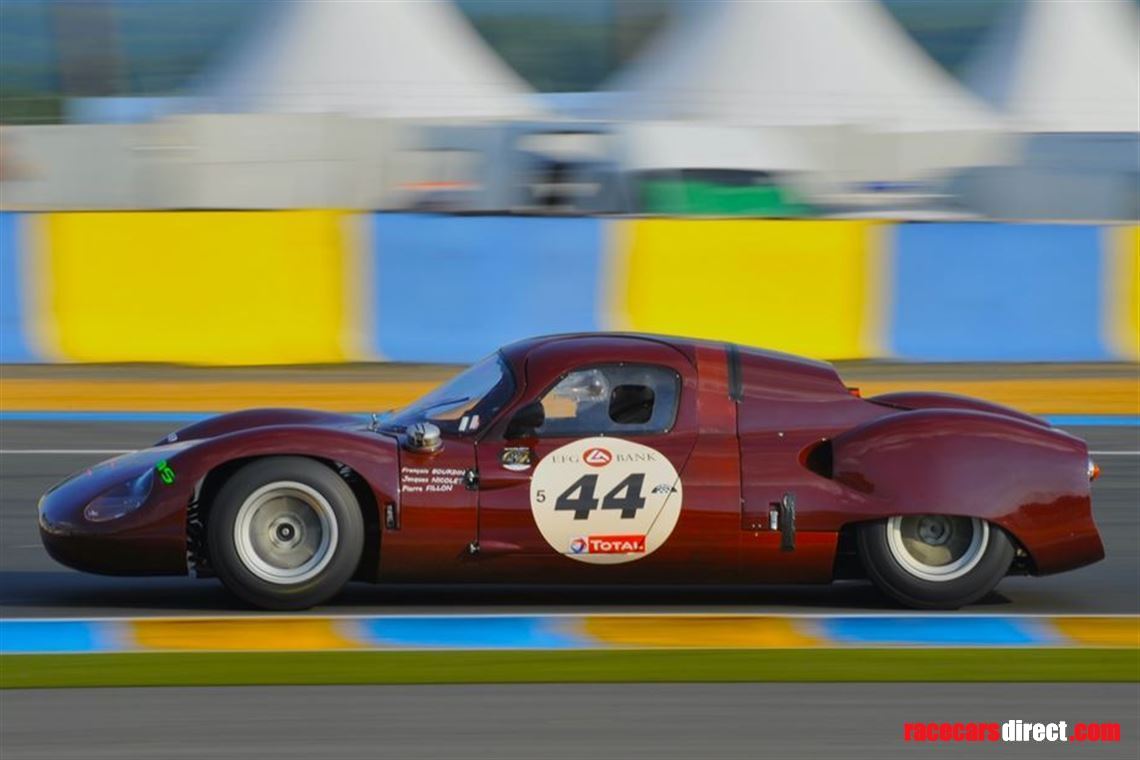 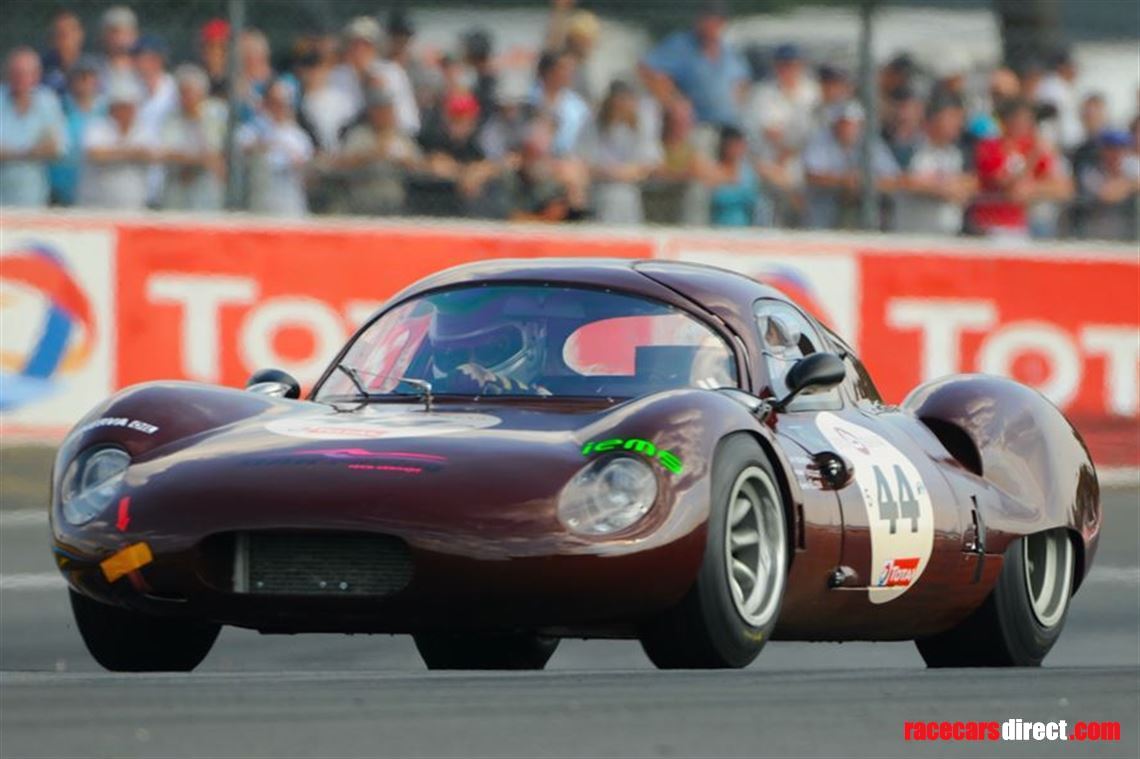 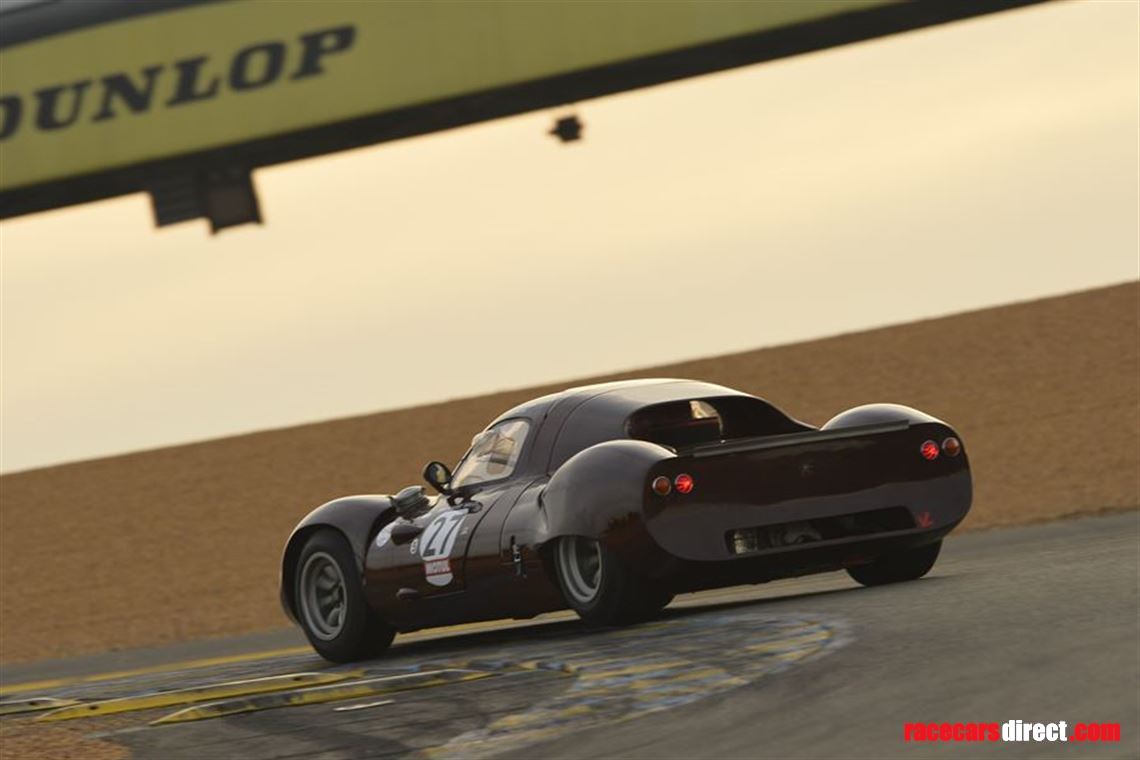 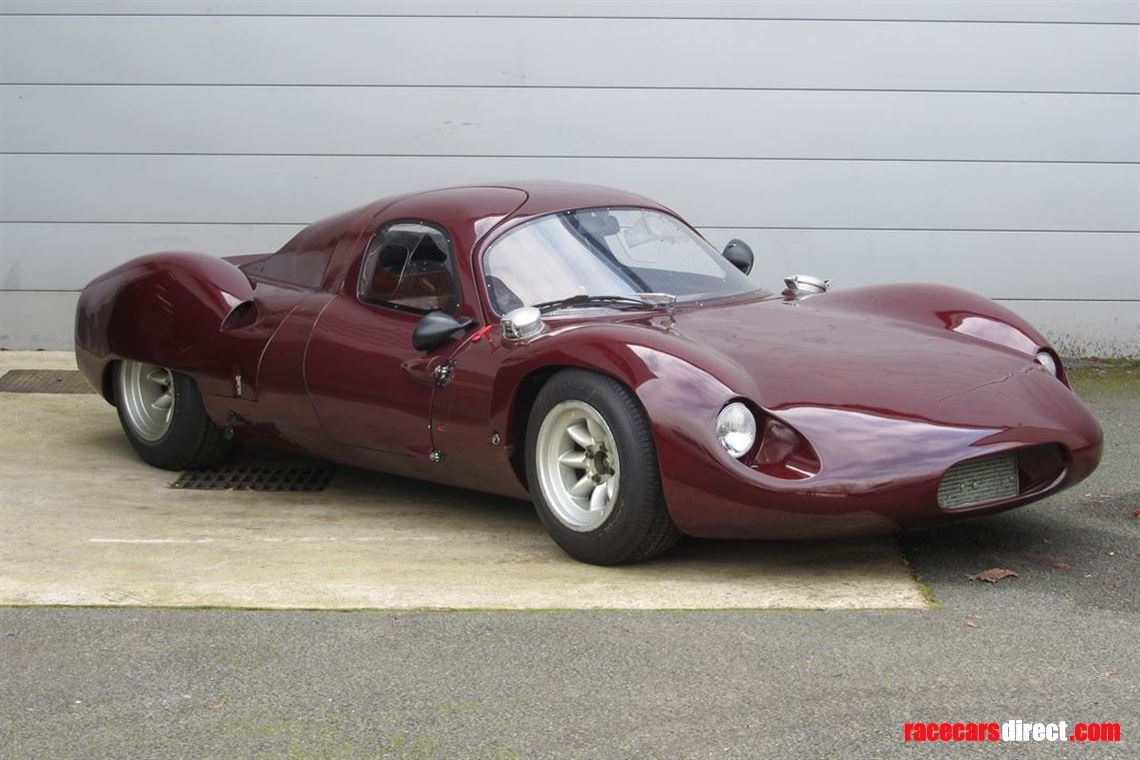 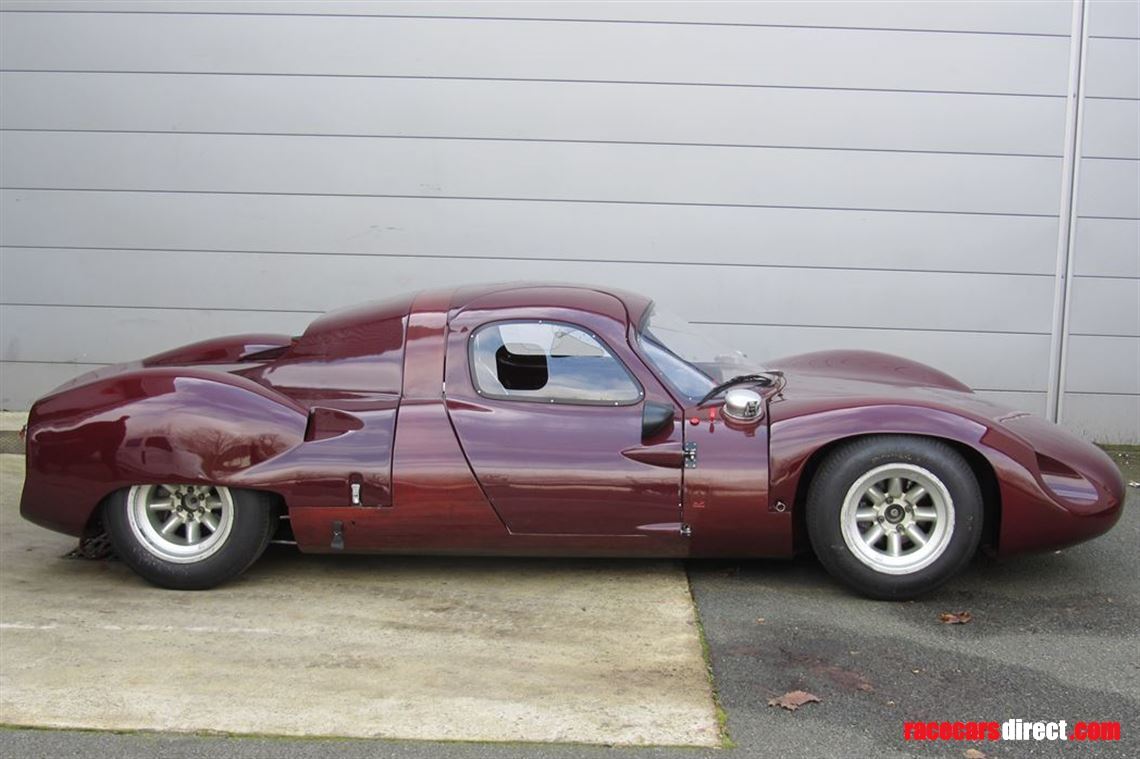 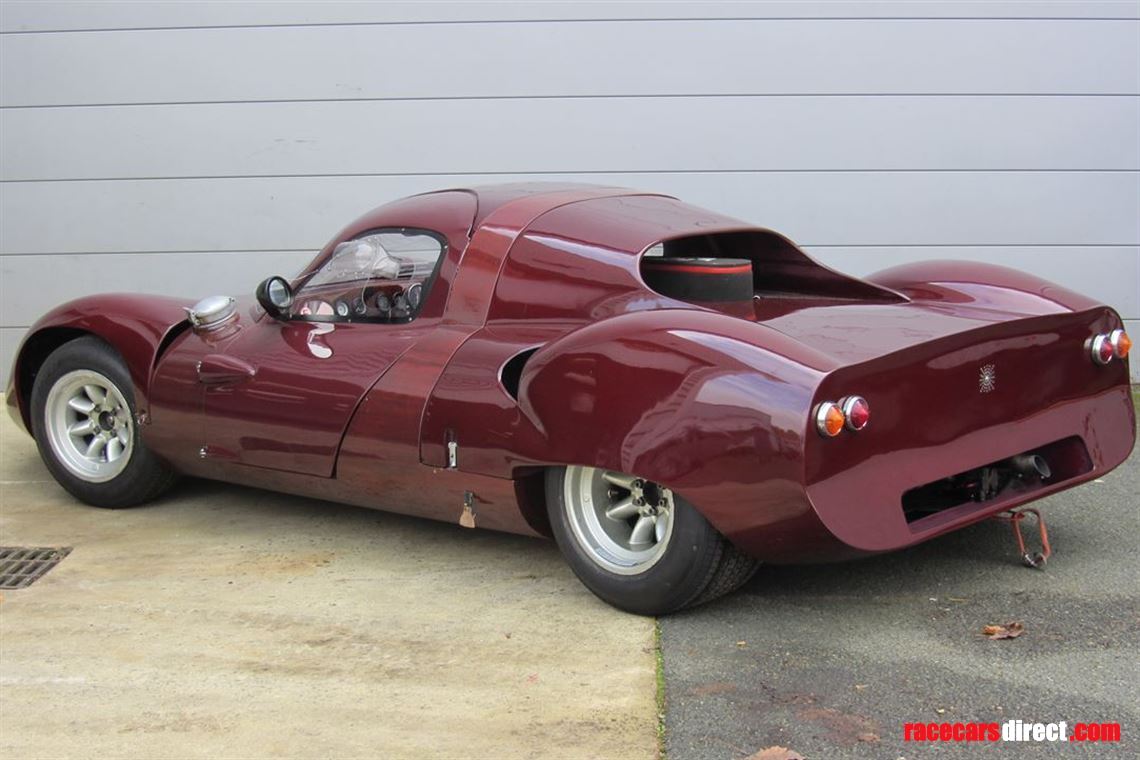 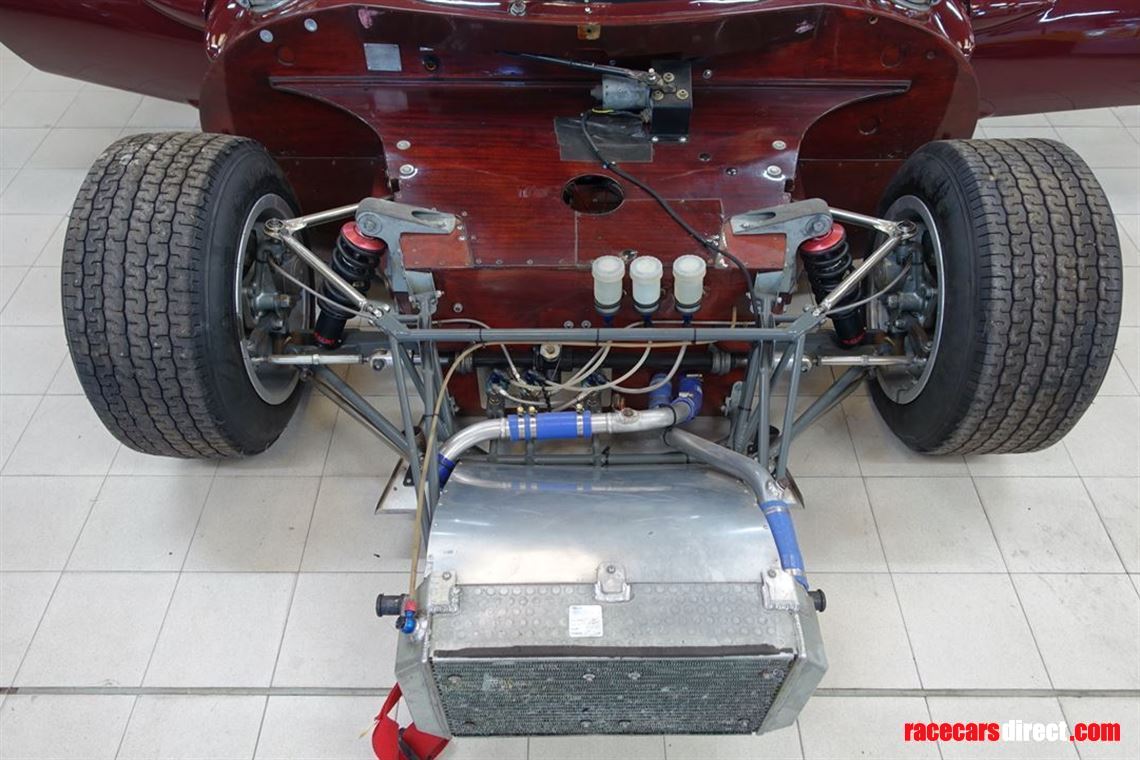 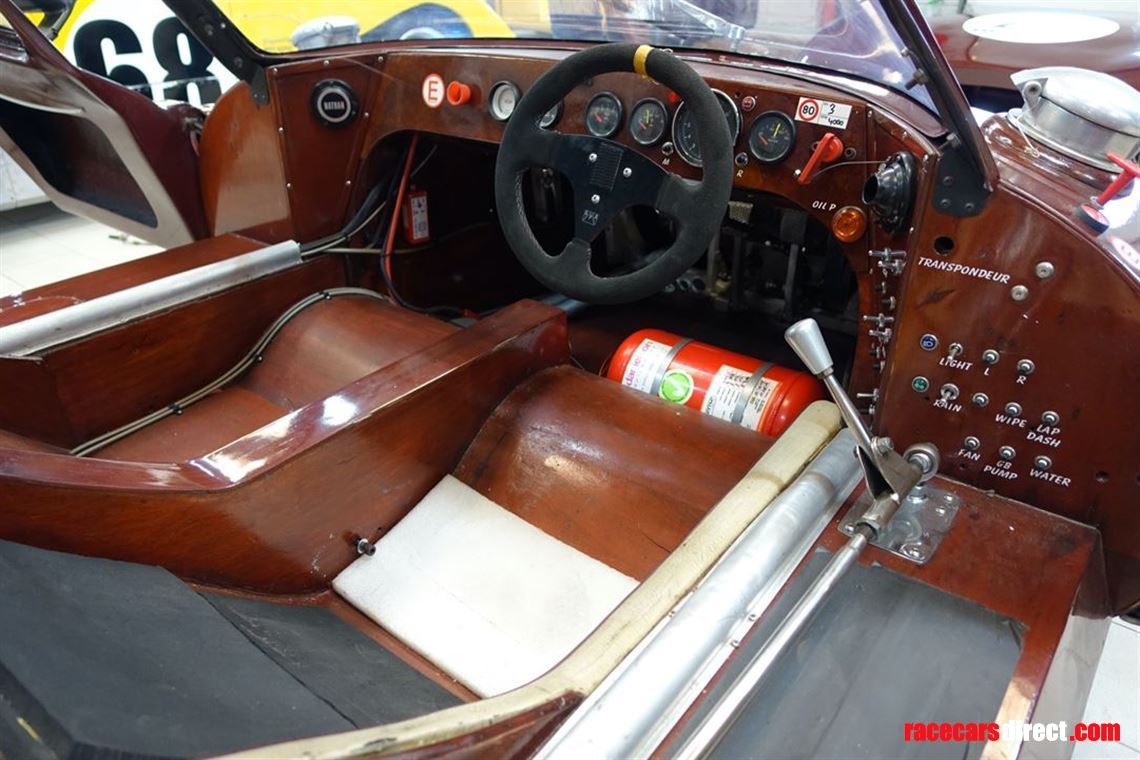 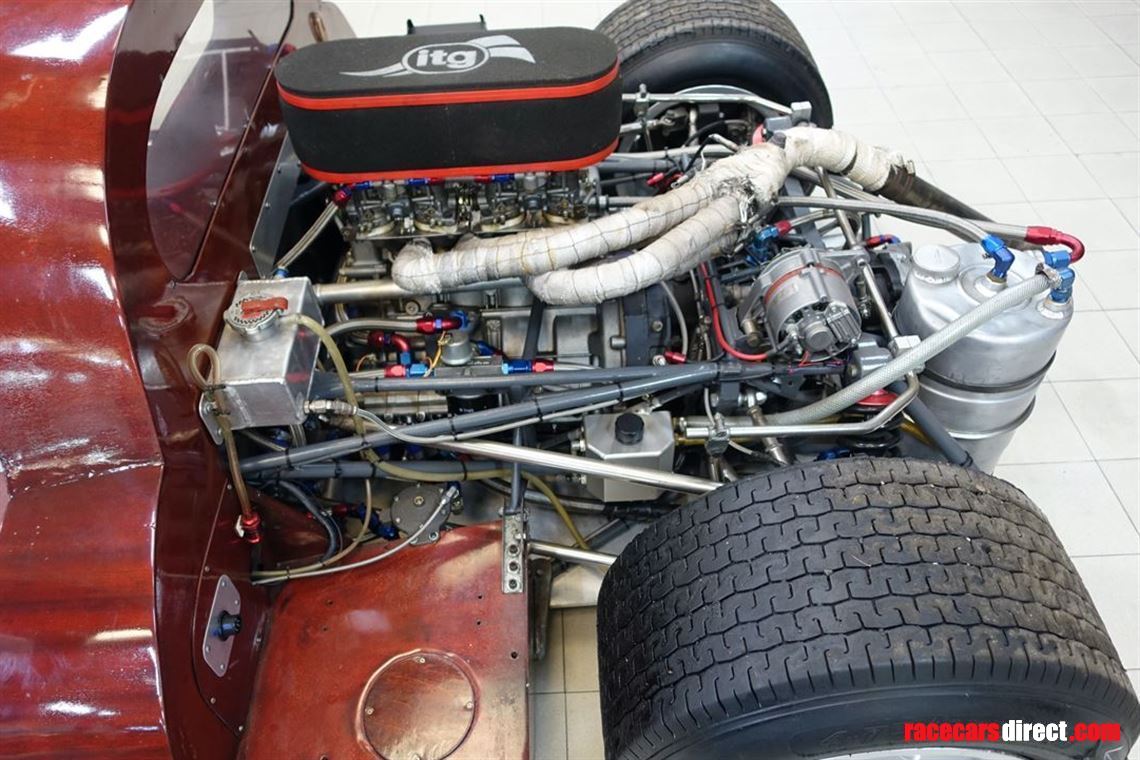 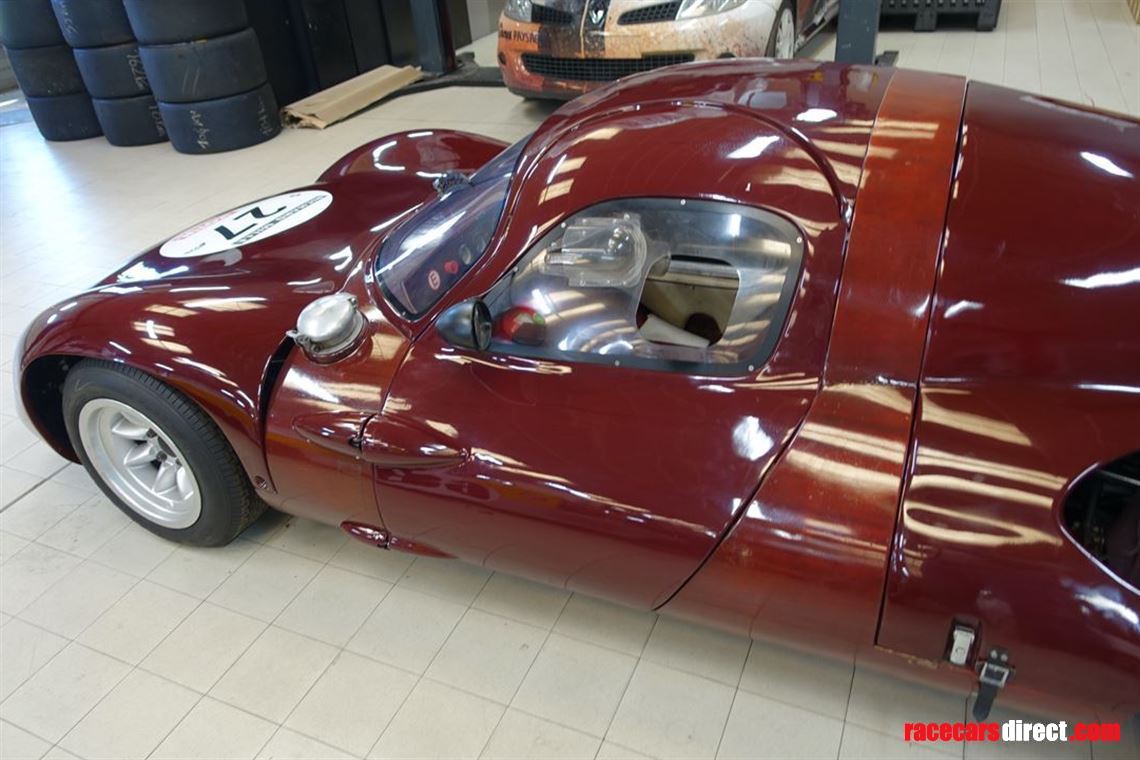 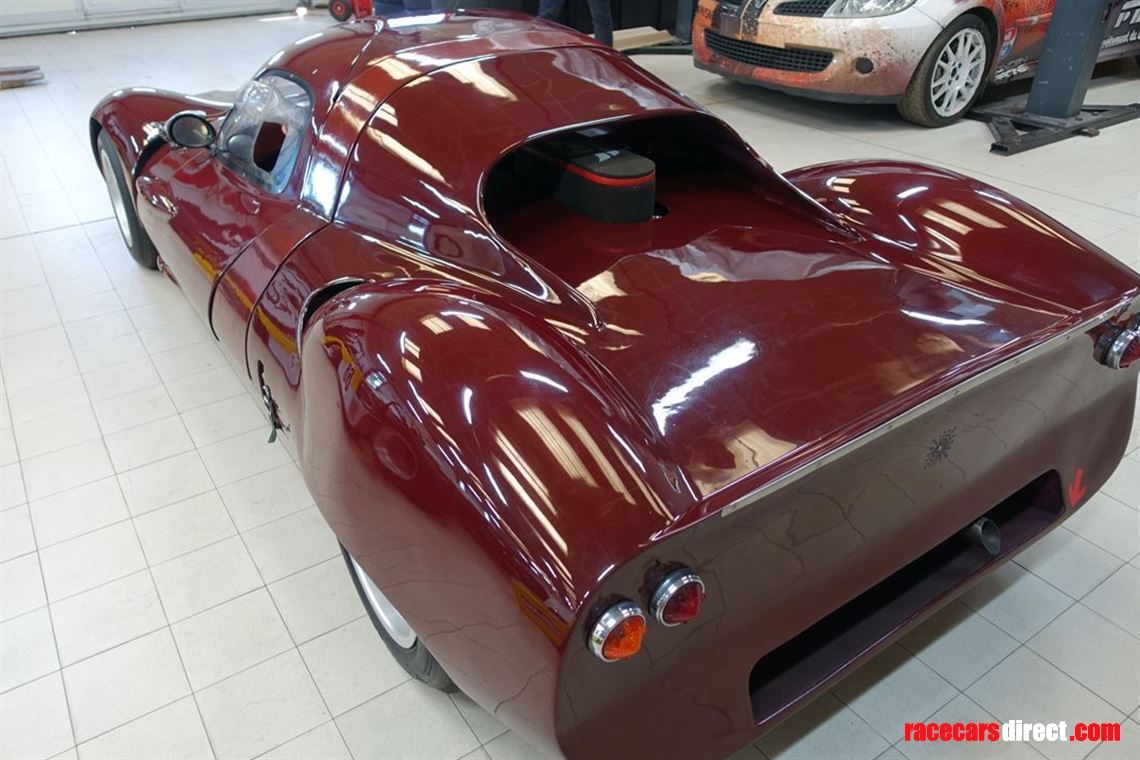 A rare and fast GT

For over 20 years in the current collection

The name Costin-Nathan may not mean much to you. It’s a brand known especially to aficionados, the name of a series of racing cars that Frank Costin developed with Roger Nathan. Let’s look back on an original lineage, and on the GT version, the emblematic model of the English craftsman constructor Costin-Nathan.

After various projects to build racing cars, notably with Vanwall, Lotus, March, Lister, Maserati or Jaguar, and after working with Jem Marsh to create the brand Marcos, the aeronautical and aerodynamic engineer Frank Costin turned to another project in 1965/1966: building an ultralight racing car with a central engine. While Costin designed the chassis and the bodyshell, Roger Nathan designed the mechanical part. The latter had made a name for himself driving Lotus Elites with some success in the 1960s. He was the project’s initiator – it was he who asked Frank Costin to build the car.

Based on a plywood monohull, two open racing cars were built initially, one of which was driven with some success by Roger Nathan. Inspired by this success, the two men developed a coupe version, from 1966. It was officially presented at the London Racing Car Show the same year.

Although the Costin-Nathan GT doesn’t look much like Frank Costin’s previous creations, there are some elements that he had already used in the past. The use of plywood for the central section of the chassis evokes the Marcos (as in the first of the brand’s creations, the Xylon, or the Luton Gullwing and then the Fastback GT). At either end, a tubular subframe supported the suspension, and the engine was mounted in the middle. Specifically, the running gear and the engine were supported by tubular lattices constructed from light steel tubes.

One of the main reasons for the predominant use of wood was that it offered a solid and light construction for a very modest price compared to an aluminum frame. The wood used was Marine Okoumé plywood from Gabon, which Costin-Nathan guaranteed for 10 years.

A light and agile car

All the Costin-Nathans were initially powered by Hillman Imp engines with a displacement of 998 cc (1 litre). All the engine parts were consolidated and two Weber carburettors installed. The result was quite impressive, with a power of 97 HP, or nearly 100 hp per litre. Thanks to its small engine and lightweight chassis, the Costin-Nathan Imp weighed less than 400 kg (388 kg, including 77 kg for the complete engine unit), which gave it a weight/power ratio of nearly 250 HP per ton!

It all started in 1966. The very first race appearance of a Costin-Nathan was at the Brands Hatch meeting, with a Spyder-type open bodyshell. The car competed in six races in 1966, winning five category victories. It was thanks to their aerodynamics and their very low weight that these small coupes enjoyed a certain success in competition (especially in the Nürburgring 500 km race in 1967 and 1968).

The Costin-Nathan GT, with Le Mans in its Sights

In 1967, the decision was taken to create a new “coupe” bodyshell, in particular to be able to enter the car for the 24 Hours of Le Mans. This was how the Costin-Nathan GT was born. It was entered at Le Mans by the firm Roger Nathan Racing Ltd. Its full design was completed just three weeks before the big race. Only one test session was organised before the 24 Hours of Le Mans, at Snetterton. There, the Costin-Nathan GT covered 75 laps without any problems.

The team was made up of two English drivers, Roger Nathan and Mike Beckwith, and the French driver Franck Ruata. The car passed the technical checks without the slightest problem. But during the first test session the engine started to misfire, with the appearance of ignition problems in particular. There were also hydraulics problems, causing the brakes to lock and the clutch to slip. To solve the engine problem, the cooling was "improved" by turning the bonnet into a giant air-box. But the misfiring continued and a cylinder head gasket blew. These eventful test sessions ended with a 53rd place on the grid.

Electrical problems and prolonged misfiring led to it retiring after just four hours of racing. The story has it that when the drivers got back to their hotel on the Saturday night after the car had retired, they found their room… occupied by other guests!

Back in England, the problems were traced back to parts provided by Lucas. A tiny spring had also broken in one of the Weber carburettors.

The rest of the season brought success, especially in France at Montlhéry, where Roger Nathan finished in 7th position (and 1st in his category) in the Coupe du Salon, and at the 1000 km of Paris 1968 where he finished 20th. However, the car wasn’t approved for the Group 4 category and it was private drivers who would continue to race their Costin-Nathan GTs. In 1970, the British pairing of John Markey and Terry Hunter entered their Costin Nathan GT for the Targa Florio.

The Costin-Nathan GTs driven by private drivers were fitted with a variety of engines: the 1.3-litre Ford Cosworth for the 1,000 km of Nürburgring in 1968 and 1970, and the BMW 2-litre M10 for Jenny Del’s car at Snetterton and Silverstone in 1970.

It should also be noted that the Moynet-Simca XS entered for the 1968 edition of the 24 Hours of Le Mans was built on a Costin-Nathan chassis.

​A very rare car acquired in 1999 by the current ownerAround ten of these superb GTs were built. The chassis number of the Costin-Nathan GT being offered for sale here (GT2/68/030) indicates that it was assembled in 1968. The ownership records go back to the 1990s.Our Costin-Nathan GT has competed several times in the Le Mans Classic, for which it is therefore eligible. At its last participation, it was even driven by the President of the ACO, Mr Pierre Fillon. It is now available for sale – a rare opportunity not to be missed!

Choose the most performance disc on the market for your TCR cars!