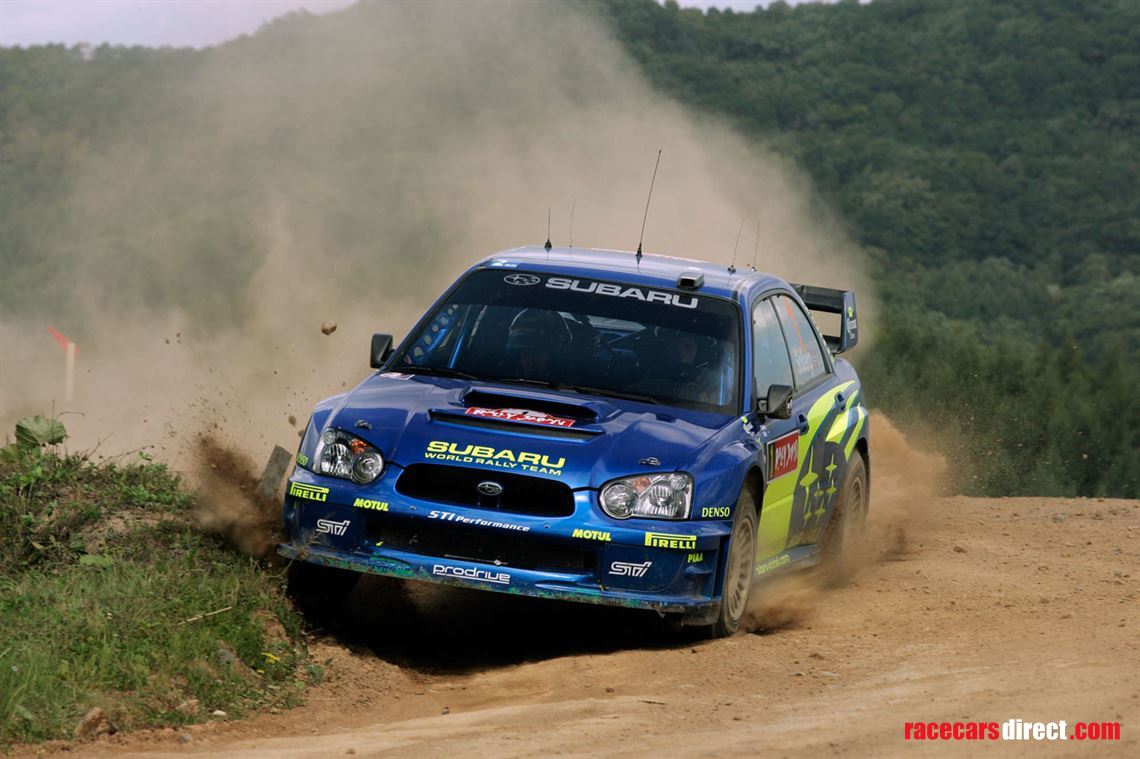 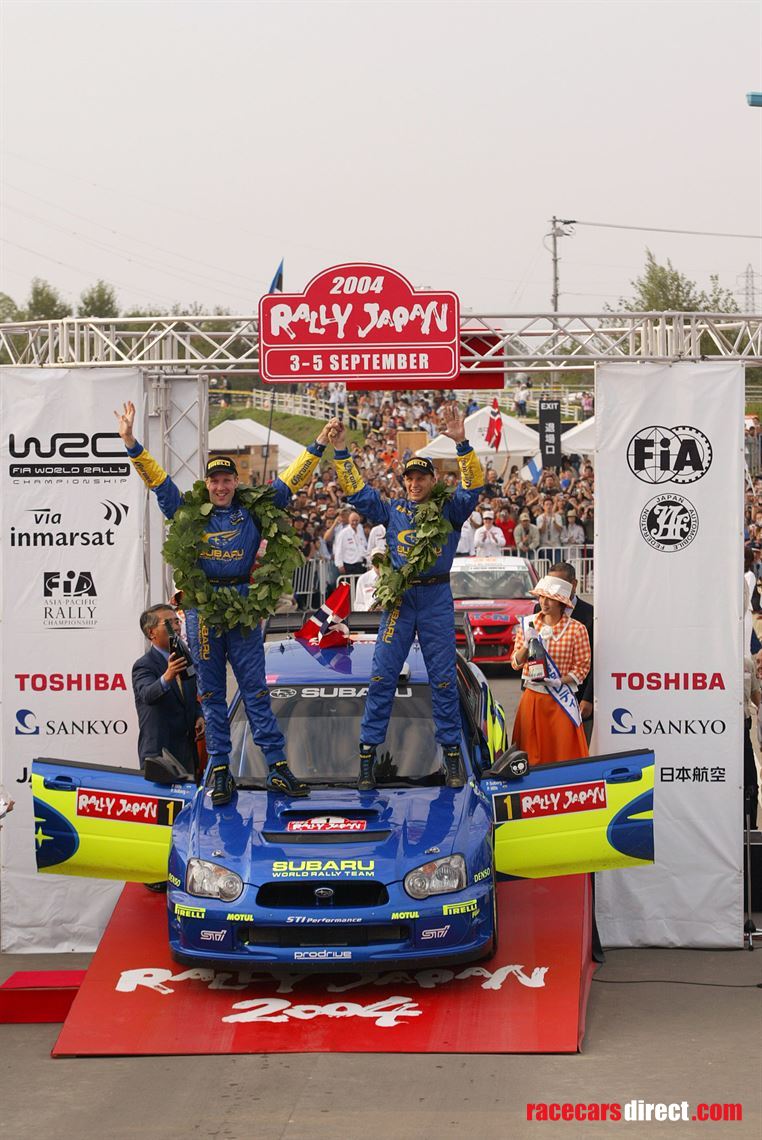 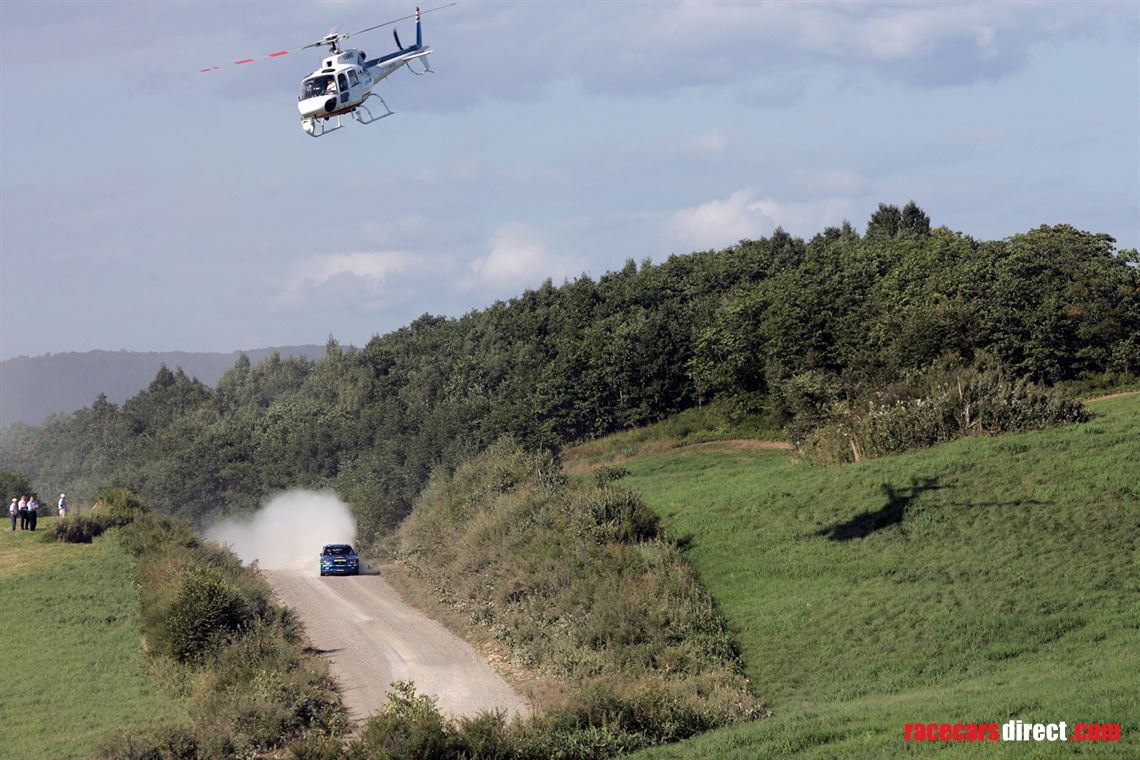 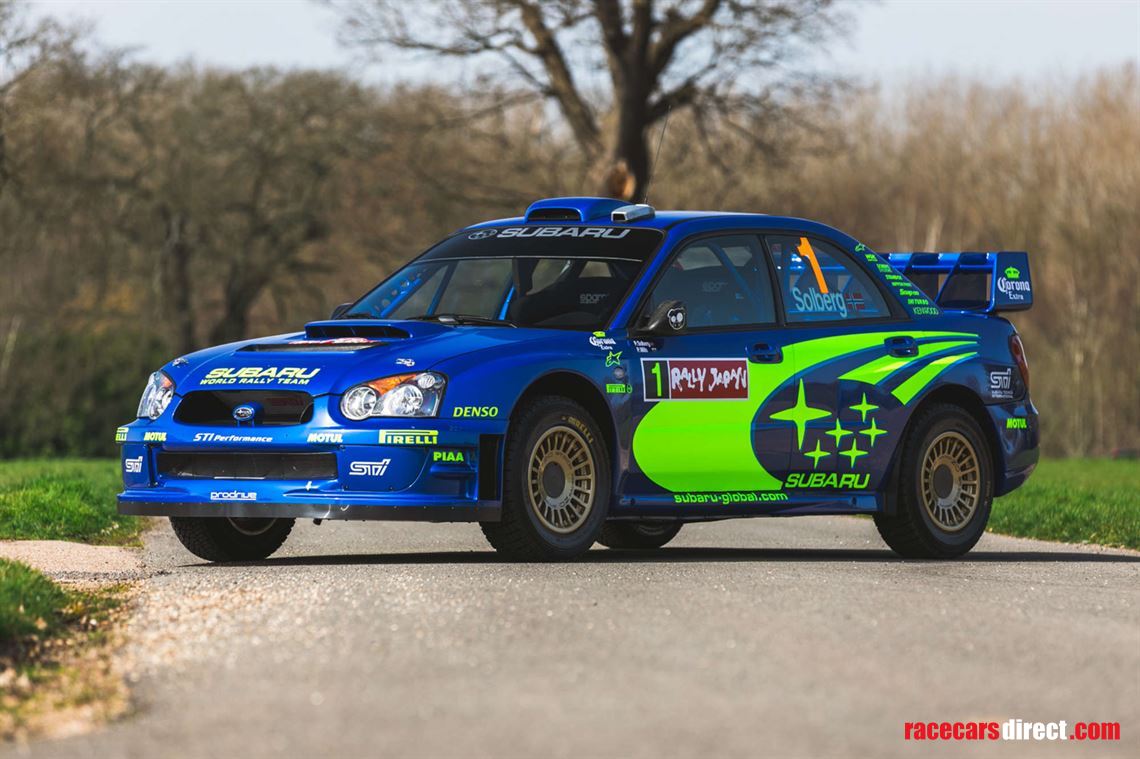 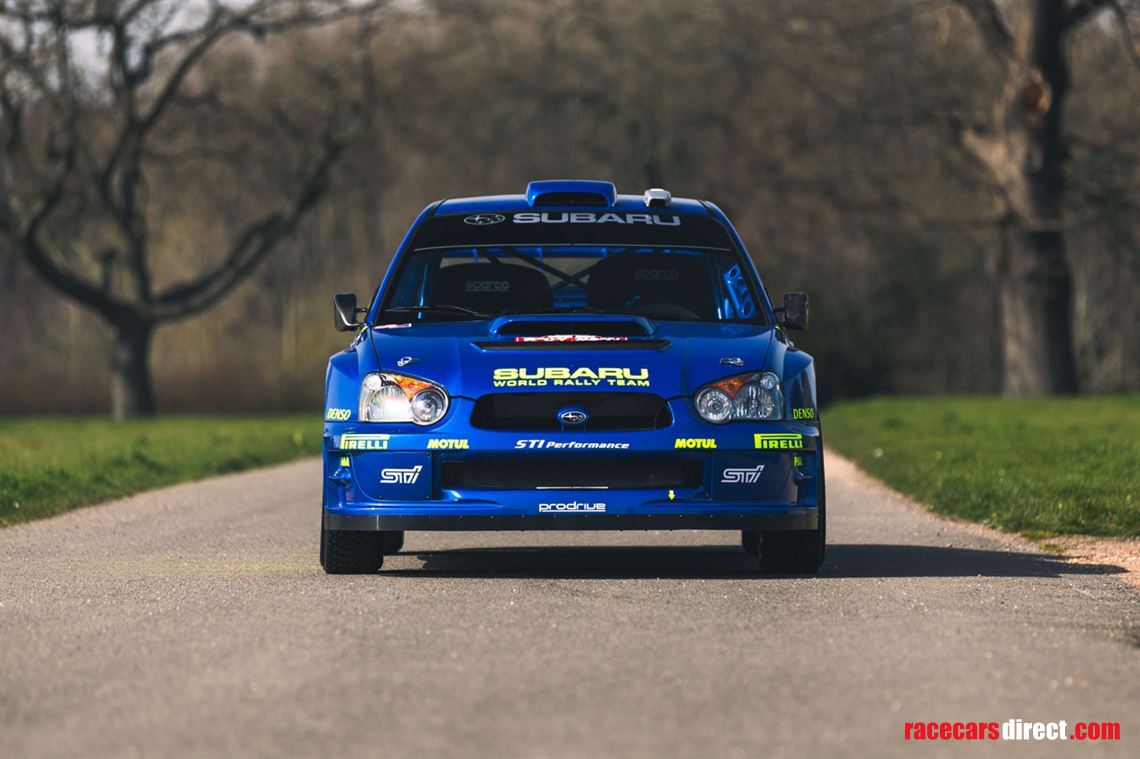 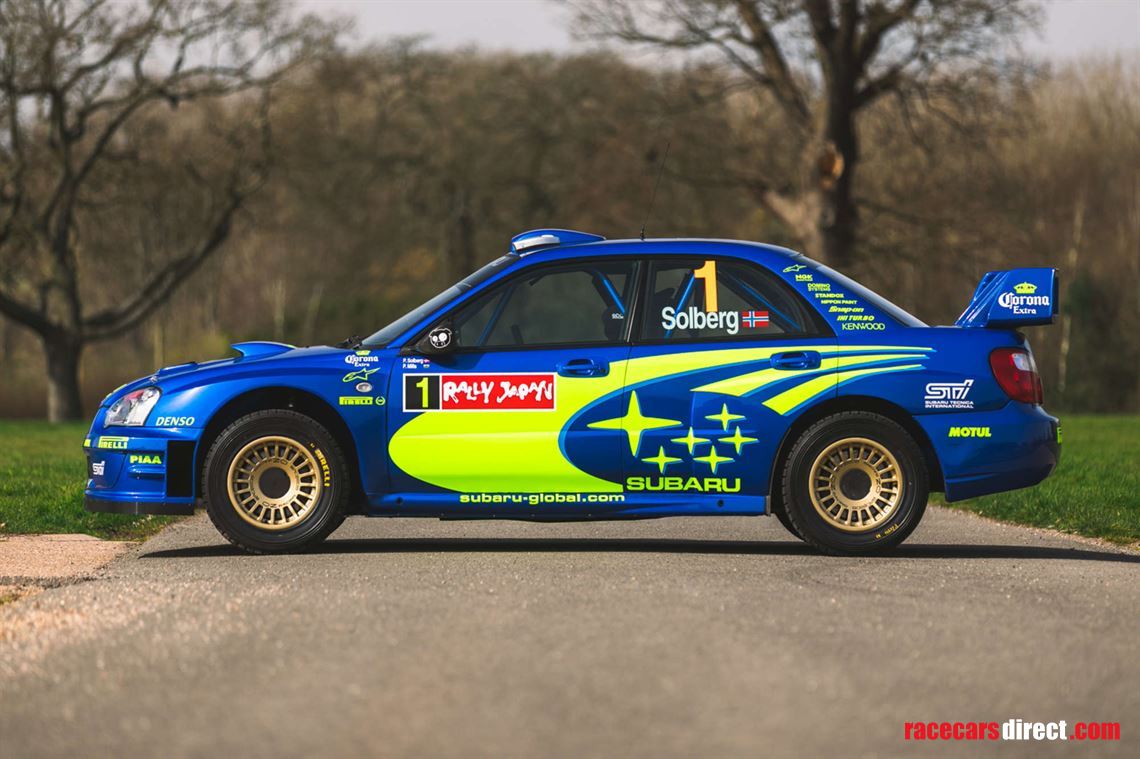 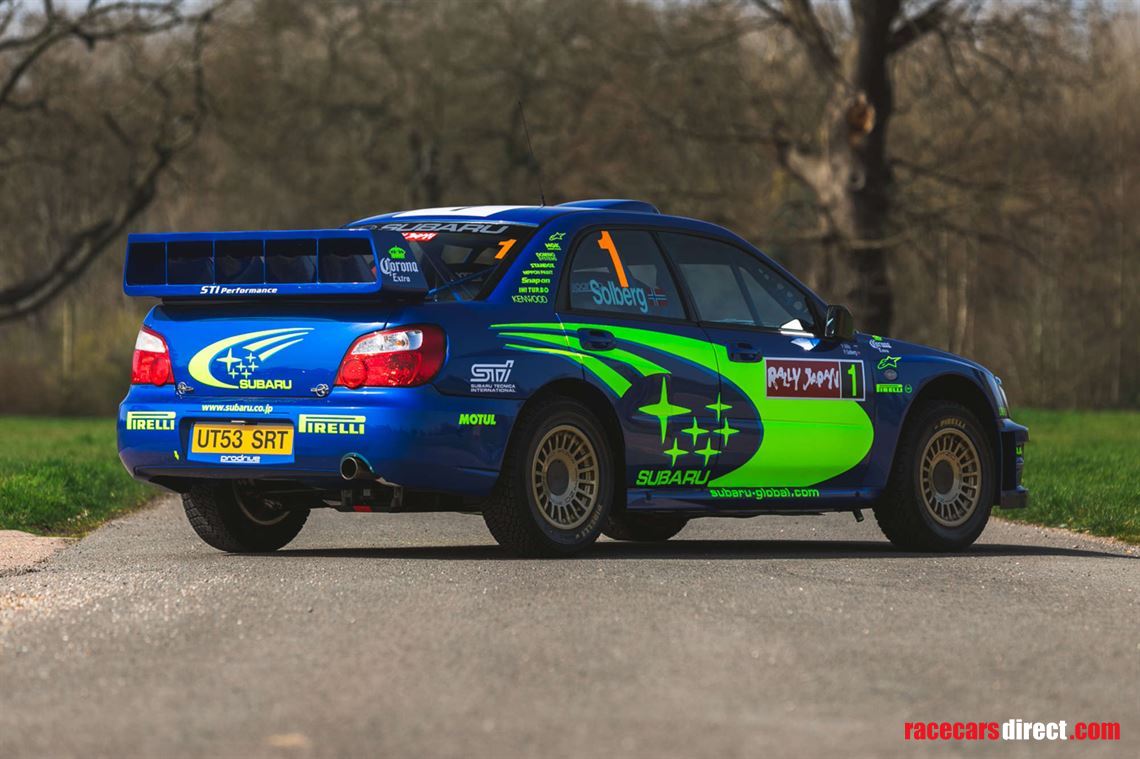 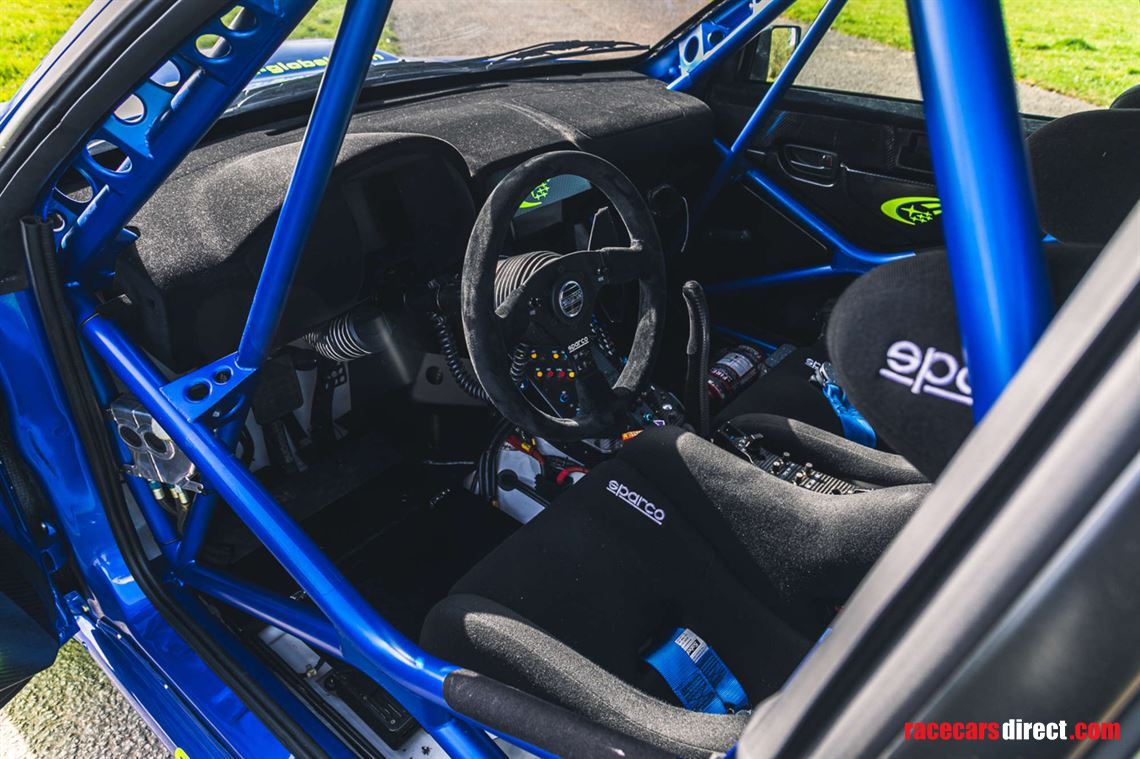 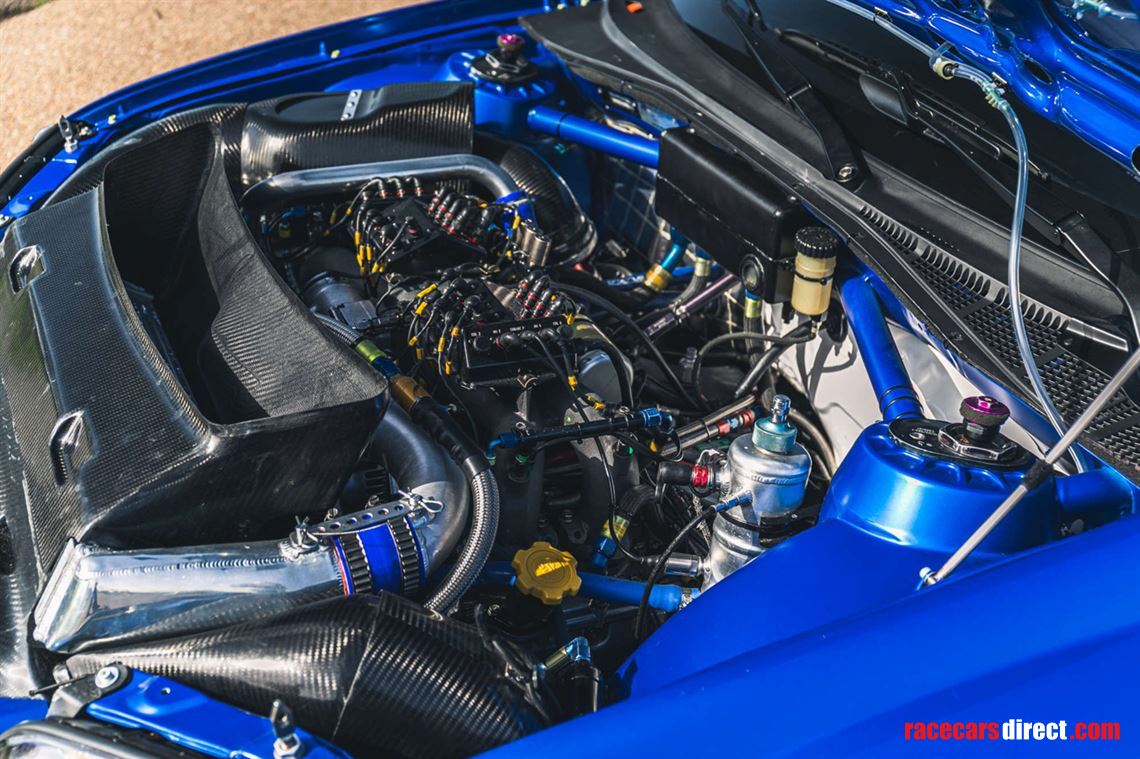 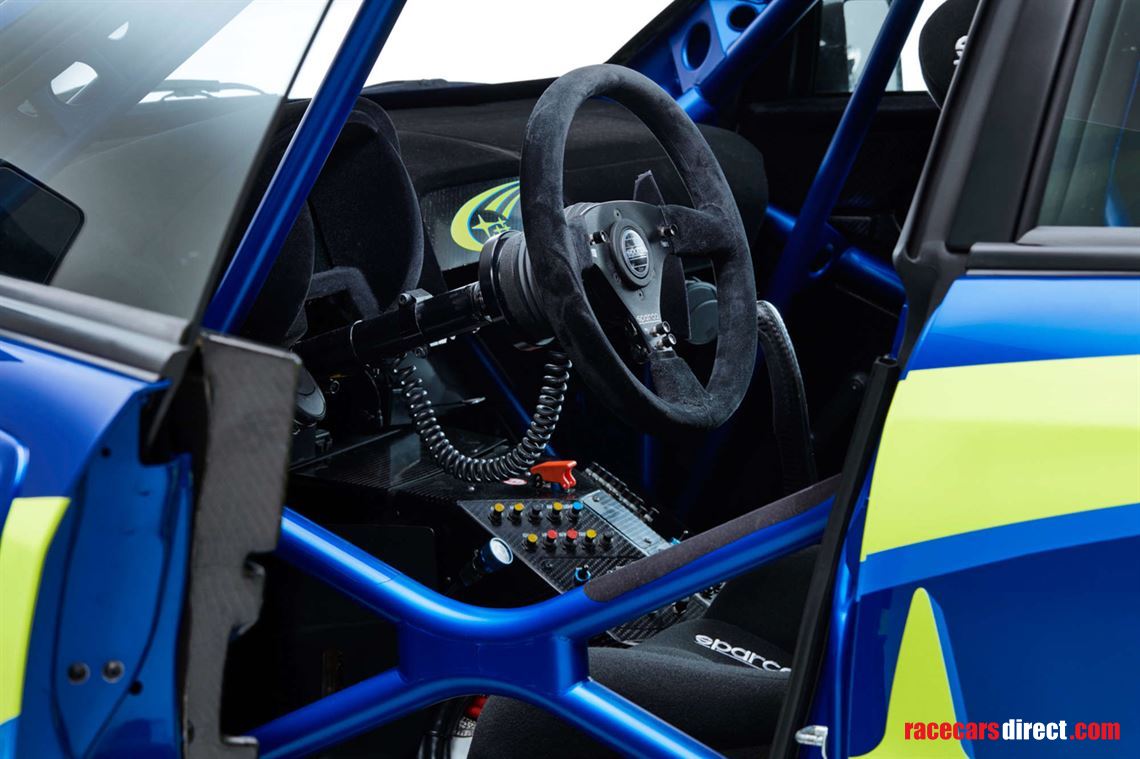 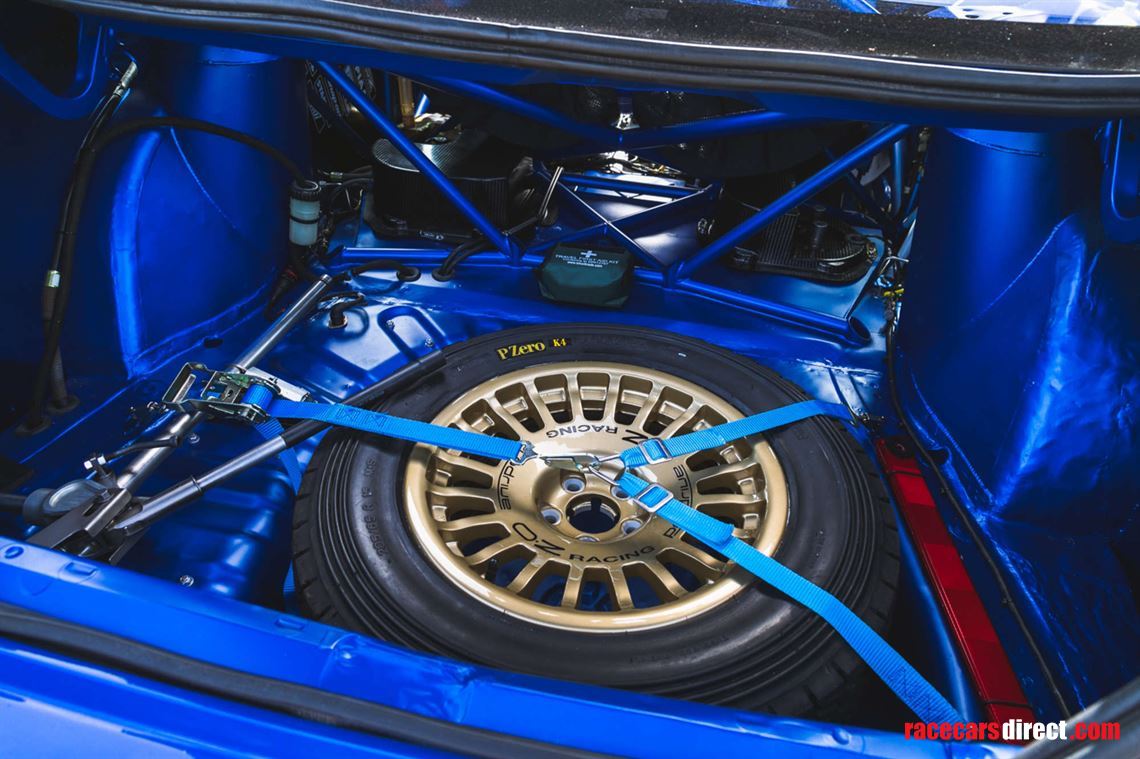 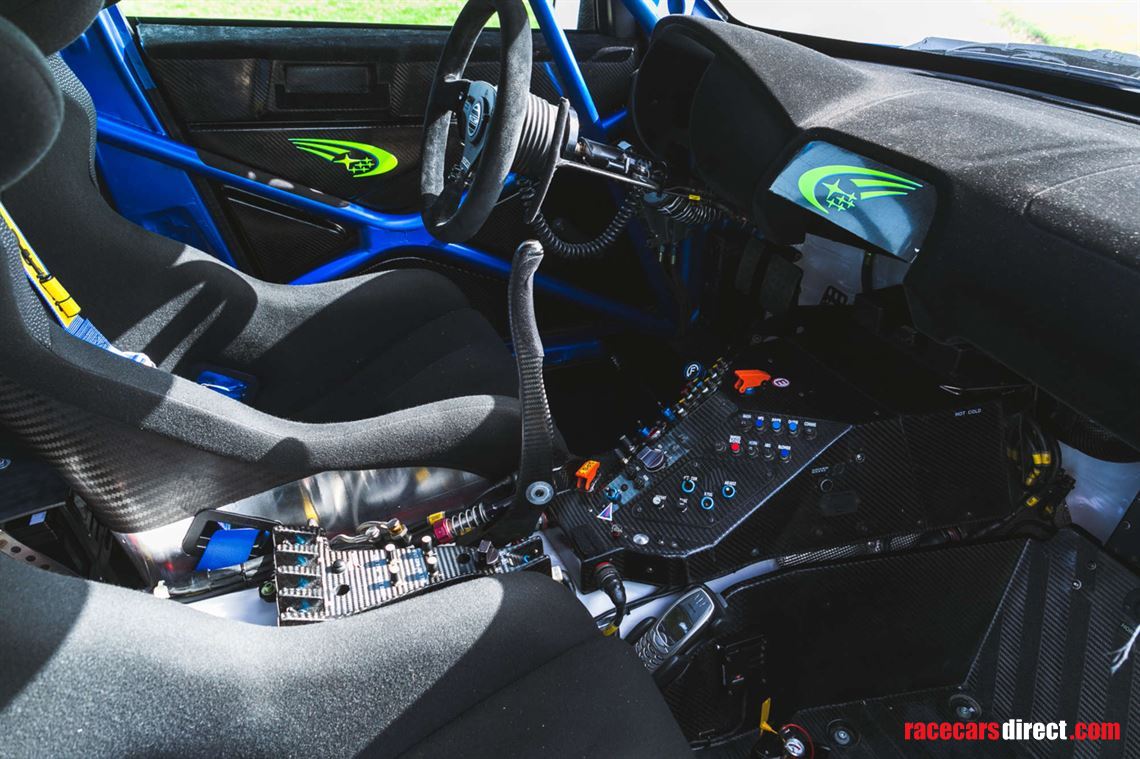 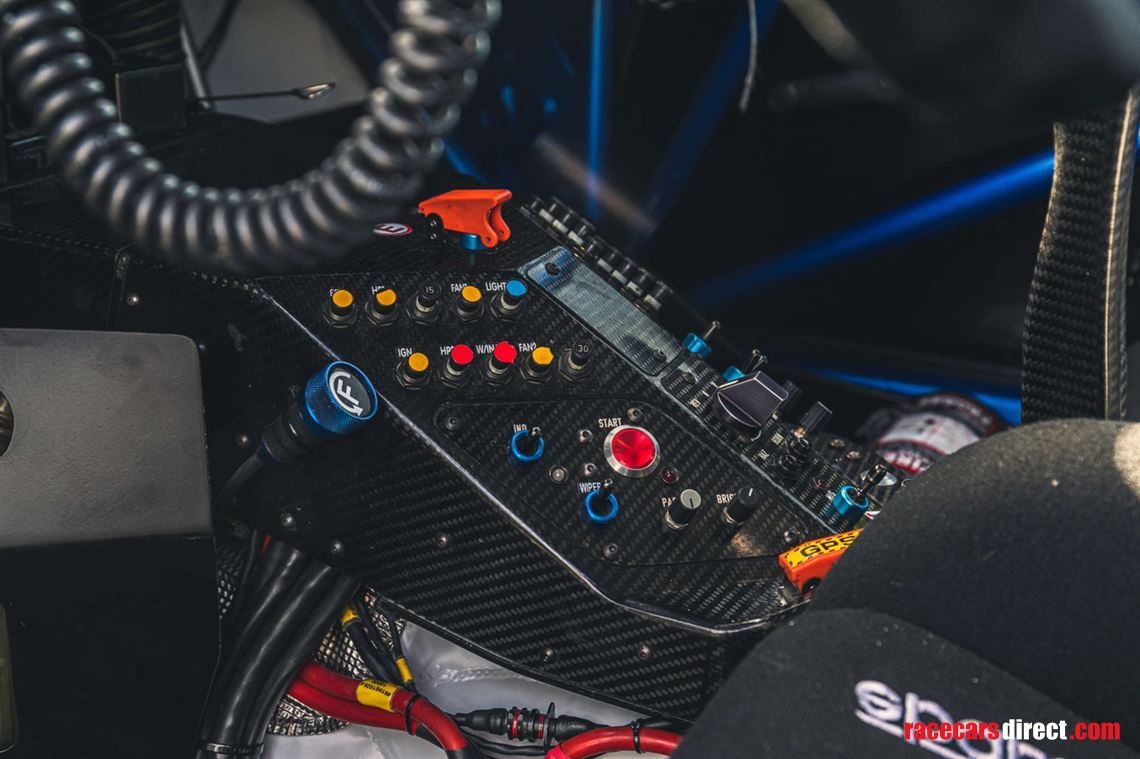 To be offered by Silverstone Auctions on Saturday, May 22nd. For any further information or if you would like to book a viewing please do call Harry Whale on 01926 691 141.

Following the arrival of the new Impreza Turbo model in 1993, the Subaru/ Prodrive partnership made its long-awaited breakthrough on the world rally stage in August of that year when Colin McRae/Derek Ringer in the Prodrive-prepared Legacy won the New Zealand Rally, the marque's first major international success and the last event for the Legacy before being replaced by the Impreza Grp ‘A’ which debuted in Finland. The following season brought three more World Rally Championship (WRC) victories – two for McRae and one for Carlos Sainz – before Subaru finally achieved its long-sought goal of outright victory in the World Championship in 1995. In a closely fought contest, Subaru team-mates McRae and Sainz won five of the eight rounds between them – the split being three/two to the Spaniard – with the Drivers' Championship eventually decided in the Scot's favour by virtue of his greater consistency. Subaru also claimed the Manufacturers' title, a feat it would repeat in 1996 and again in 1997. Further Drivers' World Championships were secured in 2001, courtesy of the late Richard Burns, and in 2003 when Petter Solberg emerged triumphant.

‘PRO-WRC 04008’ was the eighth chassis to be built by Prodrive for the 2004 season and it was initially used by Petter Solberg to claim third place at Rally Turkey in June that year. On September 5 2004, Petter Solberg brought home this very S10 Subaru Impreza, World Rally Car ‘555 WRC’, to famously win Rally Japan. It was his 8th and Subaru’s 42nd WRC win. This special S10 led the rally from start to finish, claiming 11 stage wins and finishing more than a minute ahead of Sebastien Loeb.

After the success of the important ‘home win’ at Rally Japan, ‘PRO-WRC 04008’ was returned to Prodrive in Banbury where it was fully stripped and rebuilt for Petter to drive at Rally Australia in November, where he, unfortunately, was forced to retire. The car was then returned to Banbury once more to be rebuilt for the late, great Colin McRae to compete at the Bettega Memorial Rally Sprint in Monza.

At the end of the 2004 Championship, the car was fully rebuilt by Prodrive and sold on to a private team to compete under a new registration, ‘UT53 SRT’. After having several different owners, the newly-formed ‘Prodrive Legends Department’ were asked to inspect ‘PRO-WRC 04008’ on behalf of the current private owner in 2019 prior to a possible purchase. Following a successful inspection, this S10 was acquired by him and sent straight to Prodrive ‘Legends Department’ to be restored by some of the very same technicians who had worked on the car in period. The brief was simple – to present the car exactly as it was during its victory at the 2004 Rally Japan.

Pleasingly, the Legends department had retained all of the original documentation, including the specific build schedule for 008 at Rally Japan in 2004. This meant that they were able to precisely recreate the car as it was for that event for Petter, including all his particular suspension settings; preferred seat and pedal box position, and even the correct water bottle mount, replicating every aspect of the car during that event.

Details to the fastidious restoration are summarised below and it’s worth noting that there is a complete booklet in the car’s history file, fully detailing this work along with pictures during the restoration:

Using the original build schedule an incredible level of attention to detail has been achieved. For example:

‘PRO-WRC 04008’ is accompanied by the aforementioned Prodrive Legends Restoration booklet containing all the info and pictures of the restoration along with more detailed stage results for rally Japan. It’s also accompanied by a history file, UK V5, the all-important FIA Gold Book and a spare parts package.

In summary, Silverstone Auctions are incredibly proud to offer such a special car to the market. This is the only Impreza that Prodrive Legends have restored so far and the attention to detail is quite simply unparalleled. It’s been restored to exactly how it ran at its most famous achievement in Japan and has been looked after recently by the very same people who prepared the car at that time. Combined with the undoubted provenance of a famous Japanese manufacturer winning on home soil, means ‘PRO-WRC 04008’ now stands out as one of the best and most important examples available. Perhaps an unrepeatable opportunity.

1 of 26 BMW Motorsport built cars, ran by one of Sweden's most successful teams WestCoast Racing