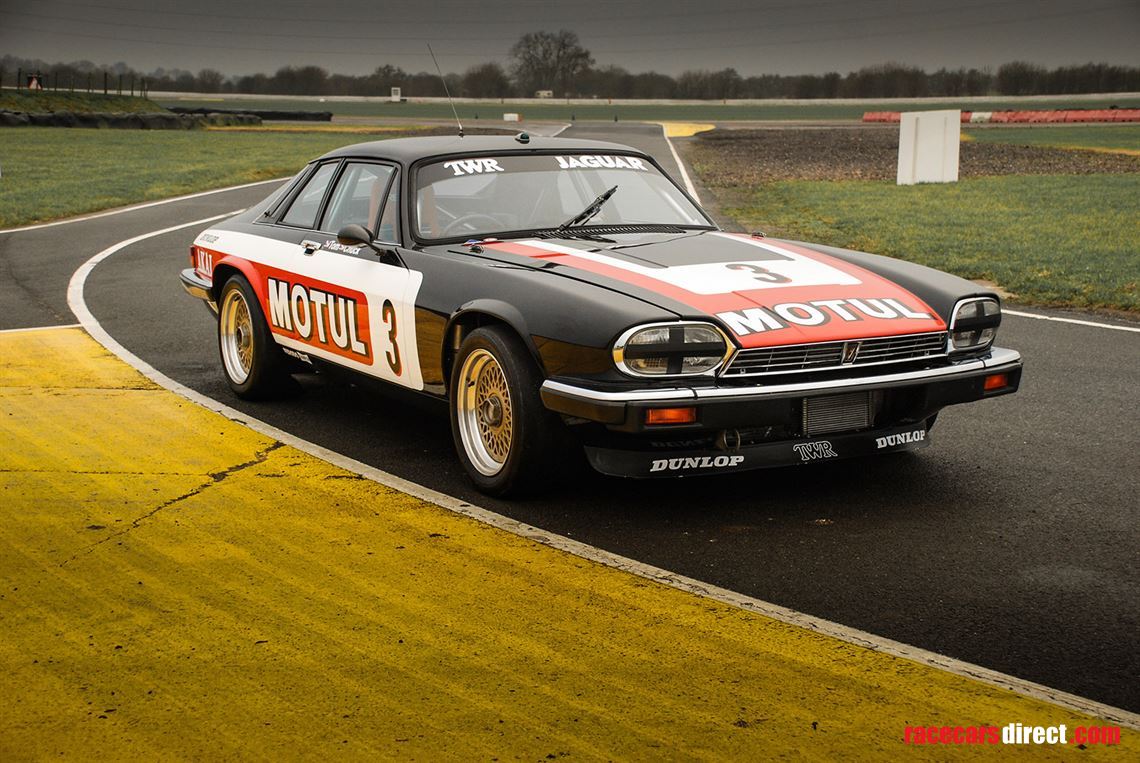 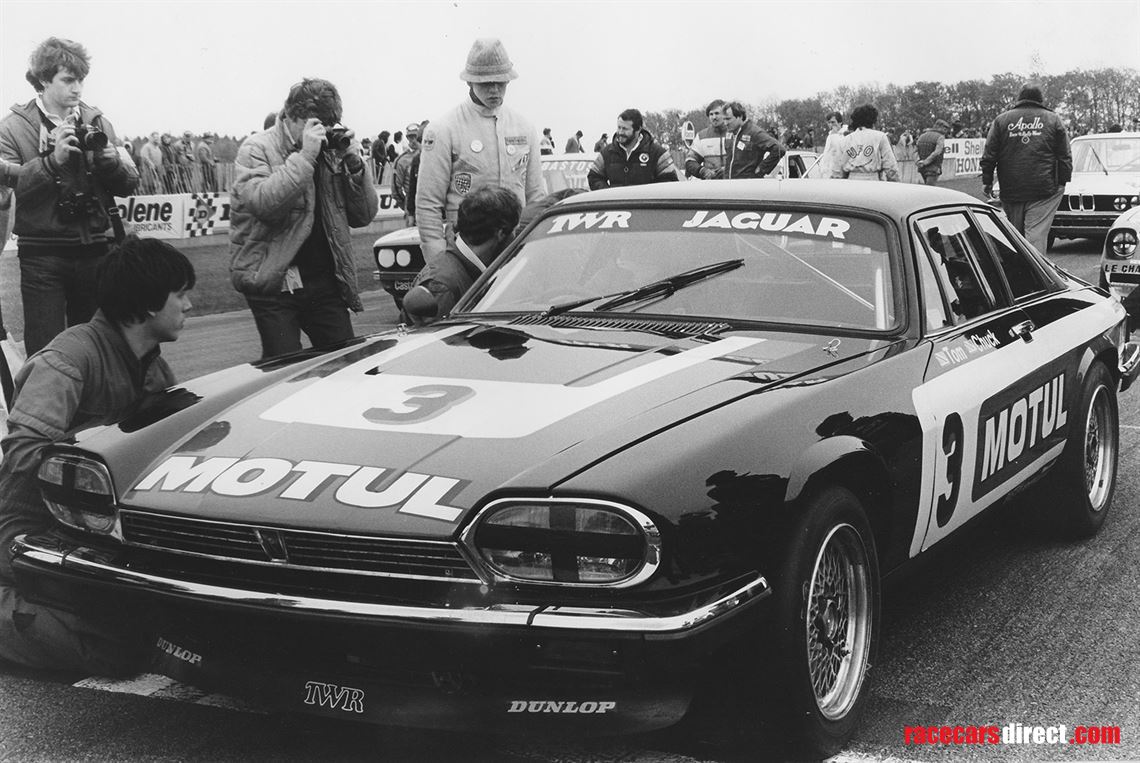 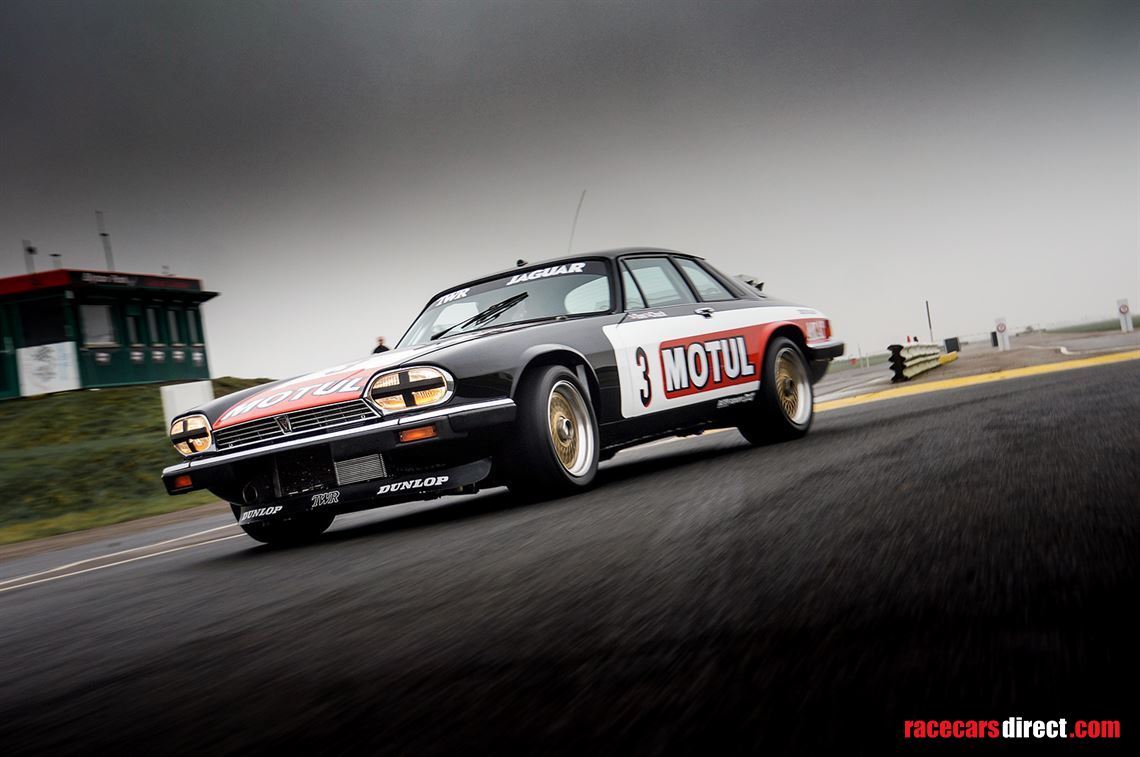 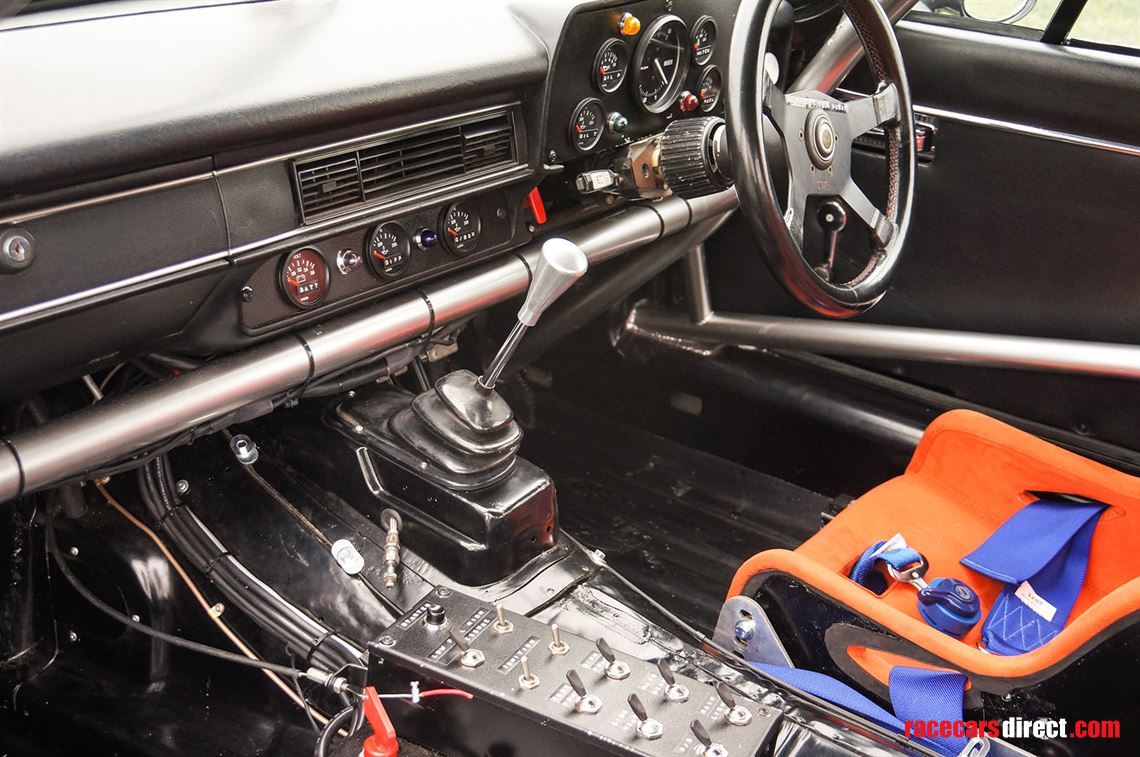 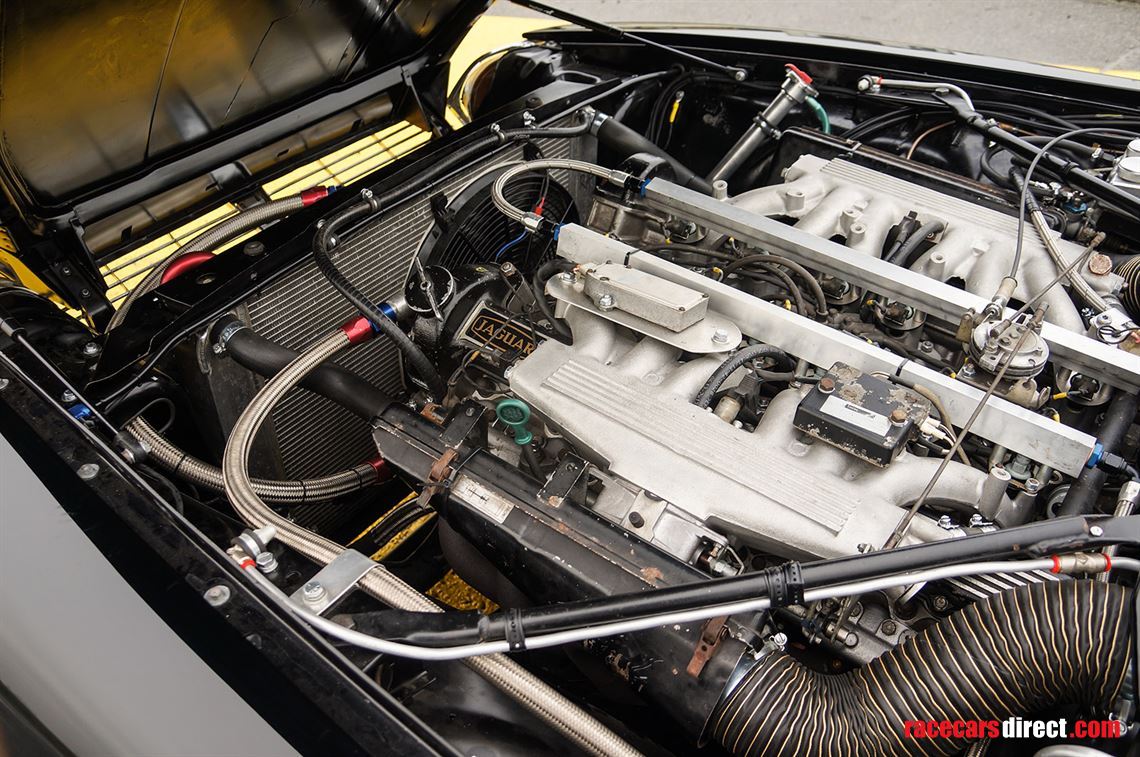 A remarkable piece of racing history, this is the original TWR XJS Jaguar show car owned and displayed, in period, at ETCC races by Jaguar Cars. Purchased direct by John Pearson of HP Tyres from Jaguar, then by Brian Stevens; since 2012 it has formed part of the Chris Scragg Race Collection. During its restoration by M&C Wilkinson to race specification; compelling evidence has come to light to suggest that this vehicle is in fact the prototype development car - Chassis 1:

Having previously been stripped of its engine and retained by Jaguar as a show car for use in promoting the race series, the XJS had fallen into the hands of Jaguar Heritage Trust where it continued to be exhibited as an example of a race series ‘show car’. Later, it was fitted with a standard XJS 5.3 litre V12 production engine and inboard rear brakes for display purposes at shows.

When the Trust decided to sell the car, it is purchased by John Pearson, renowned Jaguar enthusiast, who then quickly sells the vehicle to Brian Stevens, who purchases it with a view to using it for racing. Retaining the paint scheme, the engine is replaced by a full race Rob Beere unit with throttle bodies, (a fibre glass bonnet is used to accommodate the bulge although the original is retained), outboard rear brakes, a 5 speed Getrag manual gearbox, catch tanks and an alloy fuel tank. The underside is cleaned and painted white, with Perspex door windows and roll cage fitted. Finally, in 2010, a PAS steering rack replaces the manual steering. The car is then put up for sale as it does not meet the specification requirements to acquire FIA papers and it is acquired by Chris Scragg.

Chris entrusts the car to Mike Wilkinson, to prepare it to the correct racing specification. During 2012, the car is raced several times. Chris competes at Brands Hatch and was about to the take the lead, when, with only minutes to go, a wheel bearing fails forcing him to retire from the race early. At the Silverstone Classic, his son, Ant Scragg triumphs over the competition going on to win the ‘Win Percy Trophy’.

With preparation now complete; the FIA papers were acquired with a view to selling on the car. However, a chance meeting with an ex employee of TWR at the 2012 Stoneleigh Historic Racing Car Show raised the possible historical significance of this vehicle, which until this point has been lost. His assertion was that this XJS is ‘Tom’s Hack’.

The vehicle was returned to Mike Wilkinson’s workshop for further investigation to see if this could be the original TWR001 that competed in the 1982 championship and the findings are well documented in Nigel Thorley’s article ‘The car that never was or still is!’ in the December 2013 edition of the Jaguar Enthusiasts Club Magazine. Chris decides to restore this vehicle to its 1982 Donington TT specification and livery.

The car is now beautifully restored, in intimate detail, to the Chassis 1 spec, featuring many original and unique TWR original components. This vehicle comes with new 10-year FIA Papers and a spares package.

Porsche Motorsport Complete engine my 2016 , 80 hours, ready to be rebuild or for spare parts