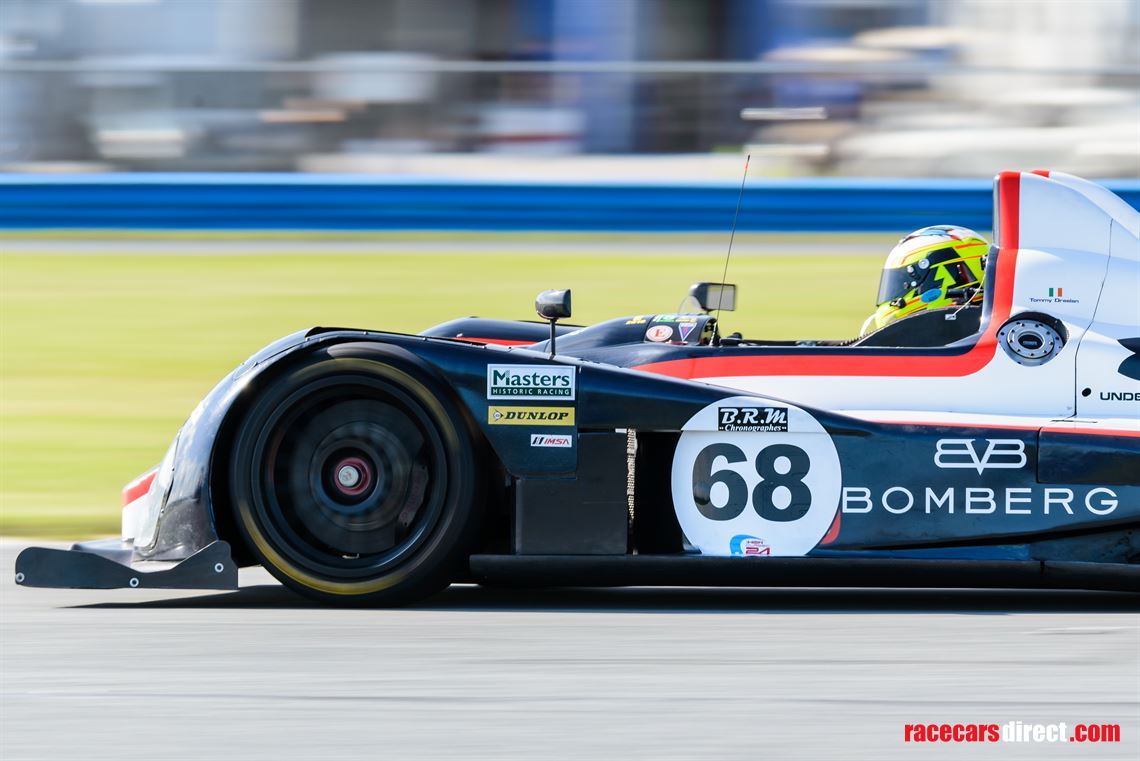 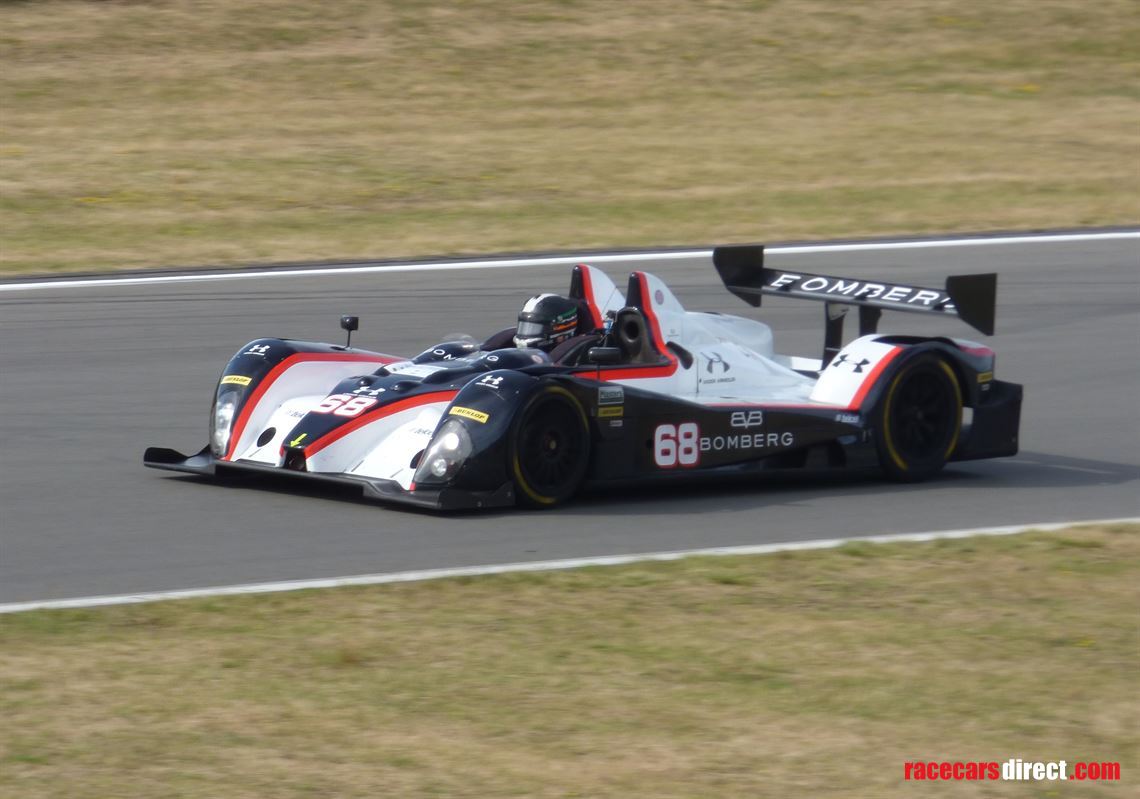 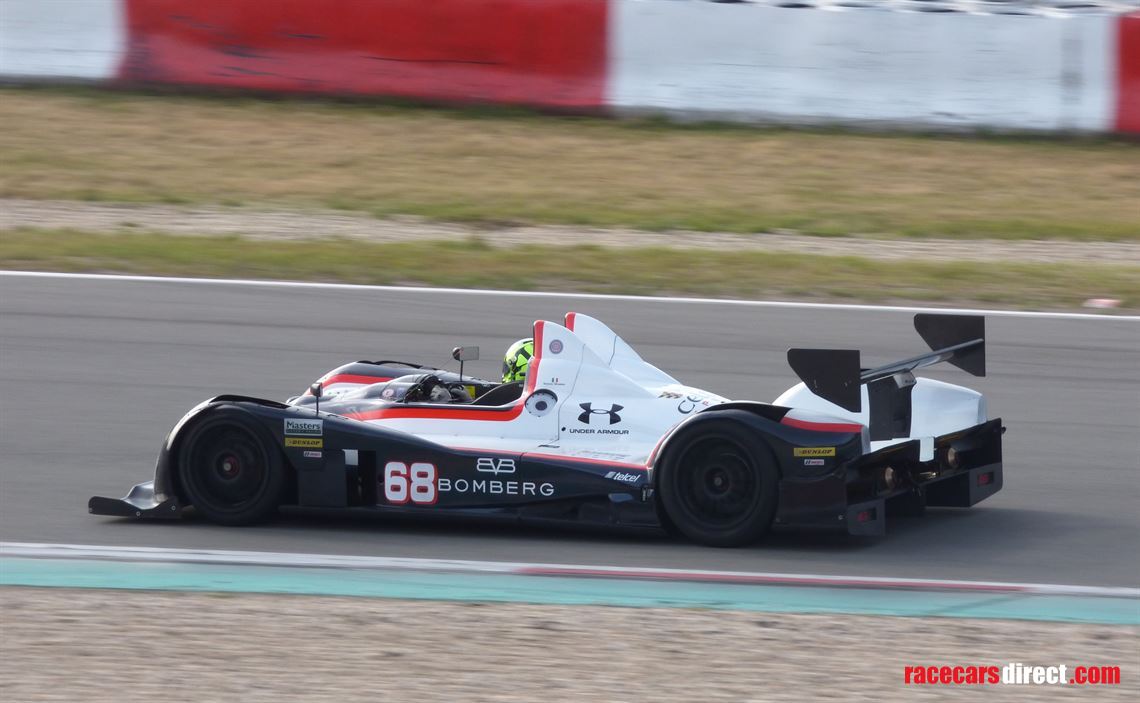 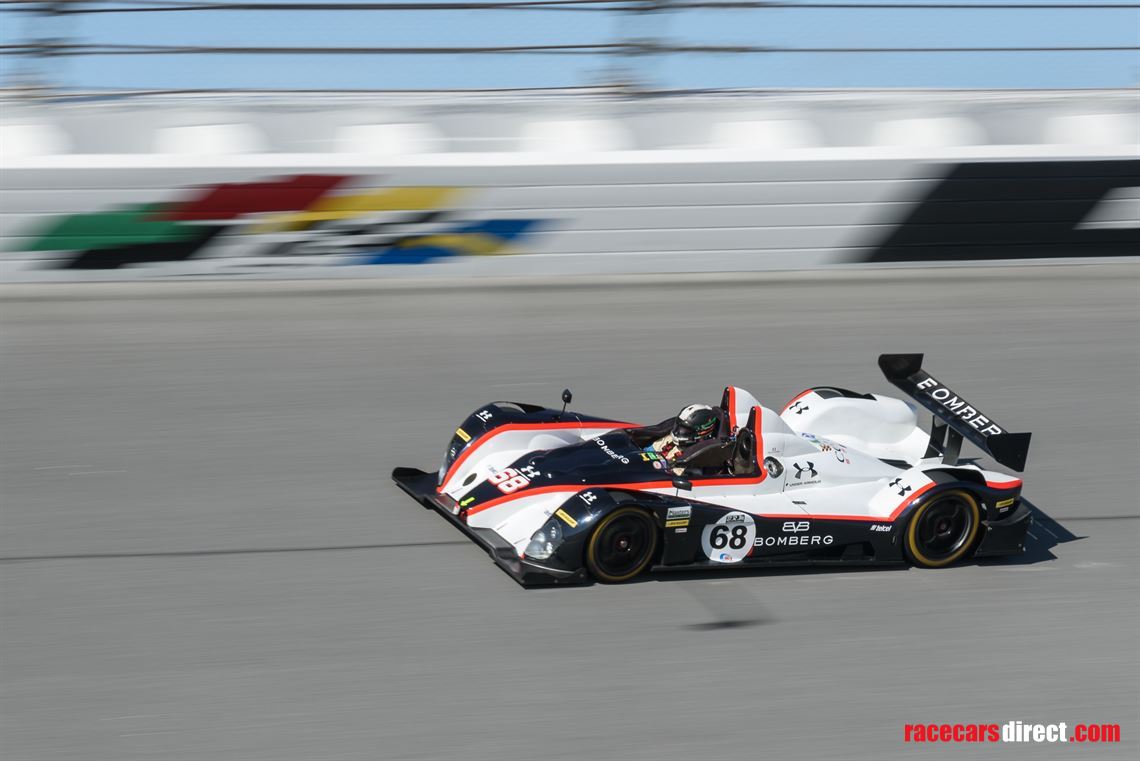 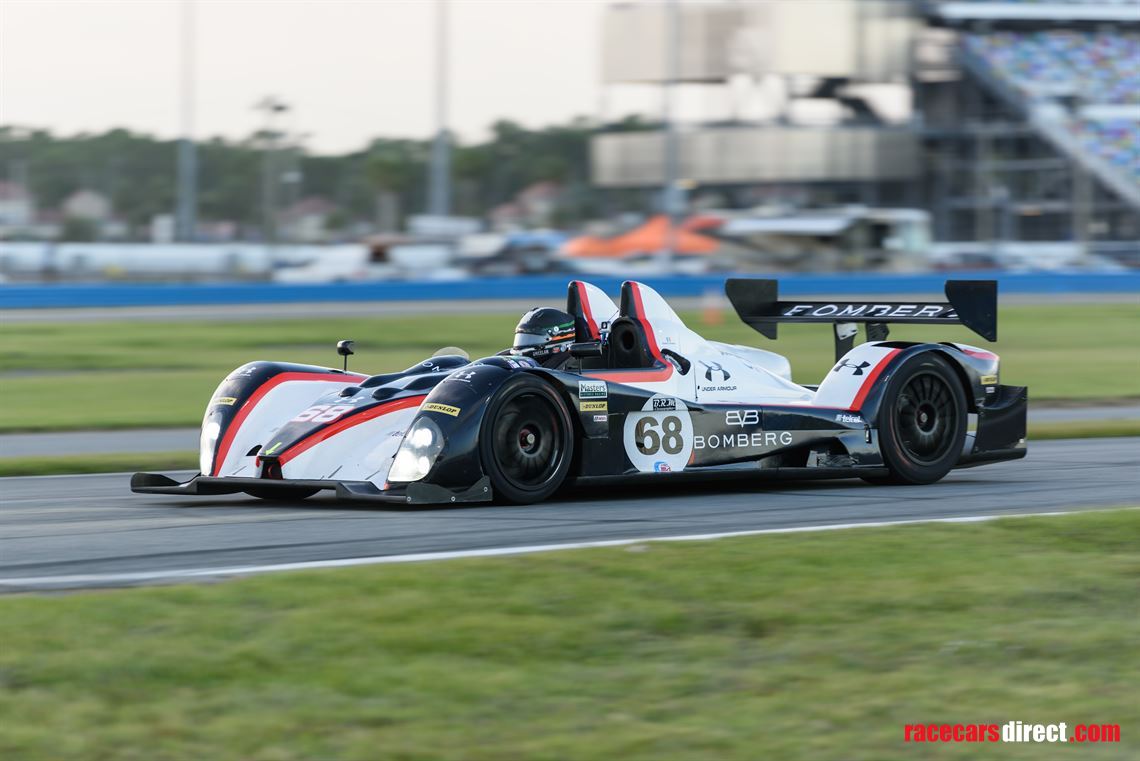 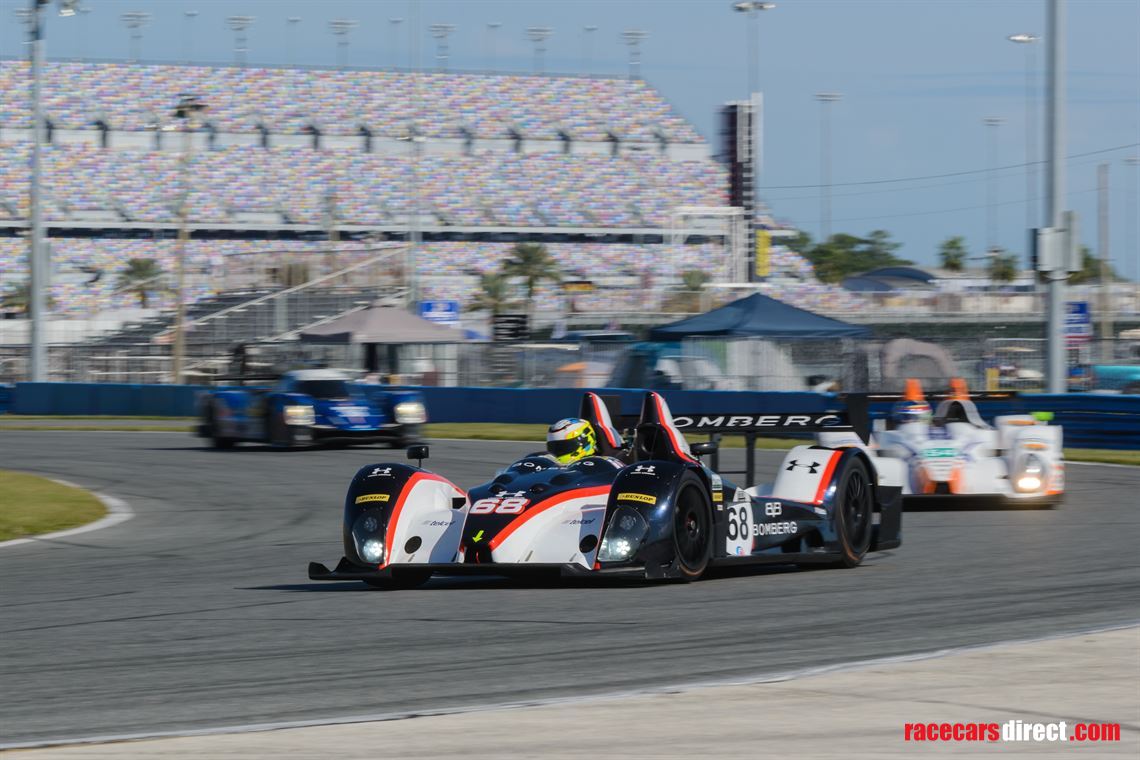 Derived from the Courage LC75 chassis, and used predominantly as a cost capped chassis in IMSA and the Le Mans series, the Oreca FLM 09 proved to be a mainstay in multi class sportscar racing from 2009 to 2017, finishing its final season in IMSA competition in 2017 at Petit Le Mans.

Built by Oreca, with simplified LC75 aero and a restricted GM V8 engine. The FLM09 was originally planned to be the sole chassis eligible for Formula Le Mans, an entry-level prototype series that ran in 2009. From there, FLM was merged into the Le mans series as a spec class, later adopted by the ALMS and IMSA Tudor and Weather Tech series, where it became immensely popular with the industry for multiple seasons. In the process it offered teams and drivers the opportunity to prove themselves before going to achieve success in other classes.

This car is chassis number 10.
It competed in the full Formula Le Mans season in 2009 where Boutsen Energy ran the car.
In 2010 Czech team, Hope Vision racing in the Le Mans series where it scored a win at Spa, ran the car.
In 2012 the car ran at Le Mans with Team Oreca.
In 2013 French team Endurance Challenge ran the car.
The car then went off to America where it ran in the IMSA series run by Starworks Motorsport. It was regularly campaigned in Sebring for the 12-hour race and also at Daytona in the Rolex 24 hours.

Race winner in the LMP2 class of the Masters Endurance Legends

For sale with large spares package and 3 sets of wheels.