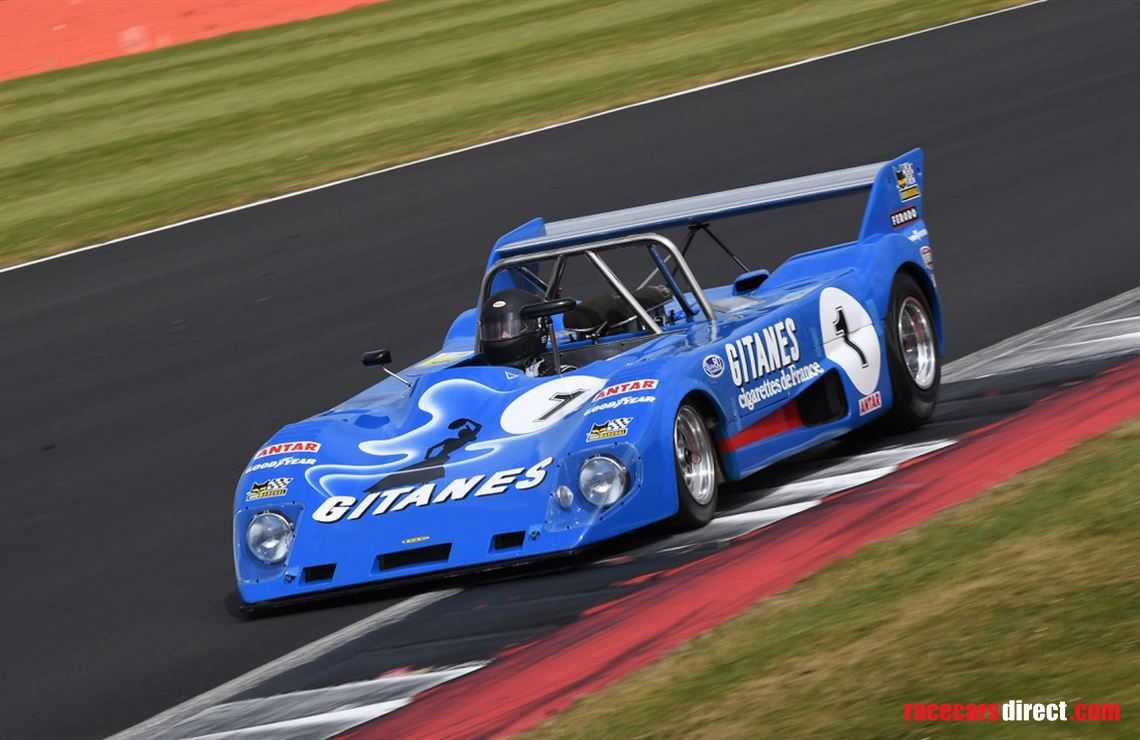 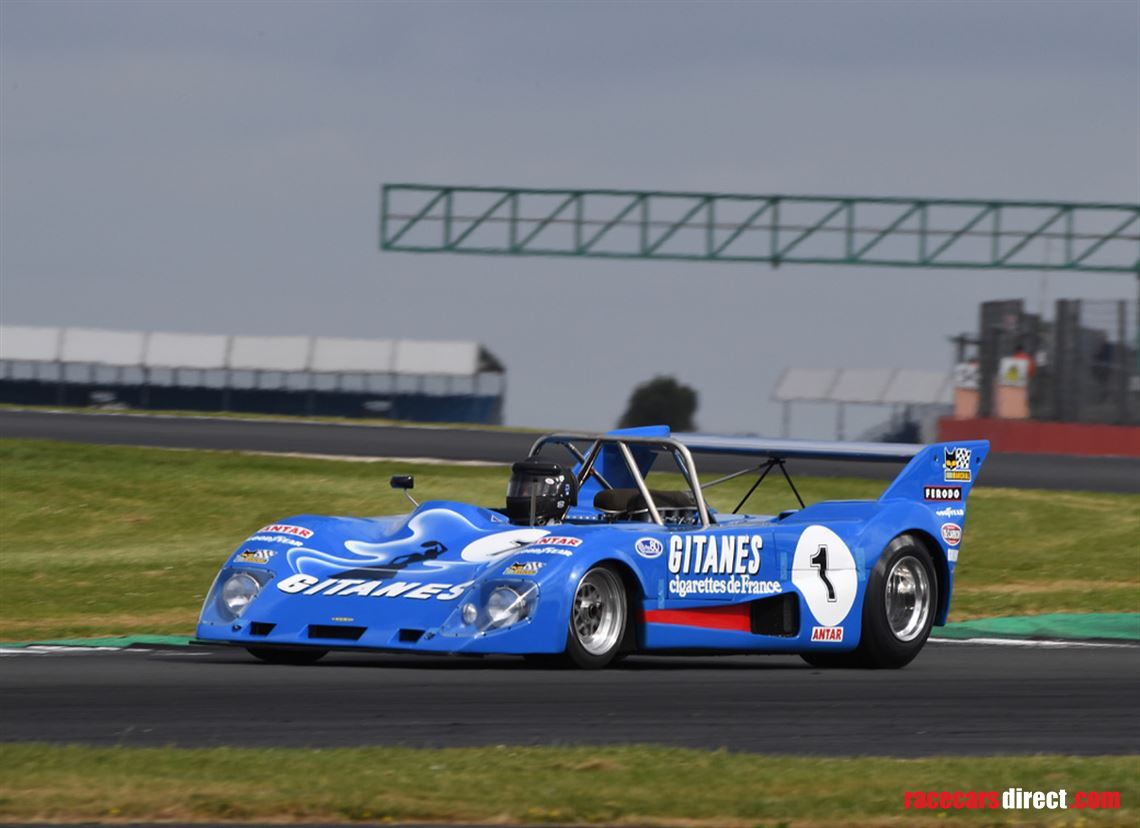 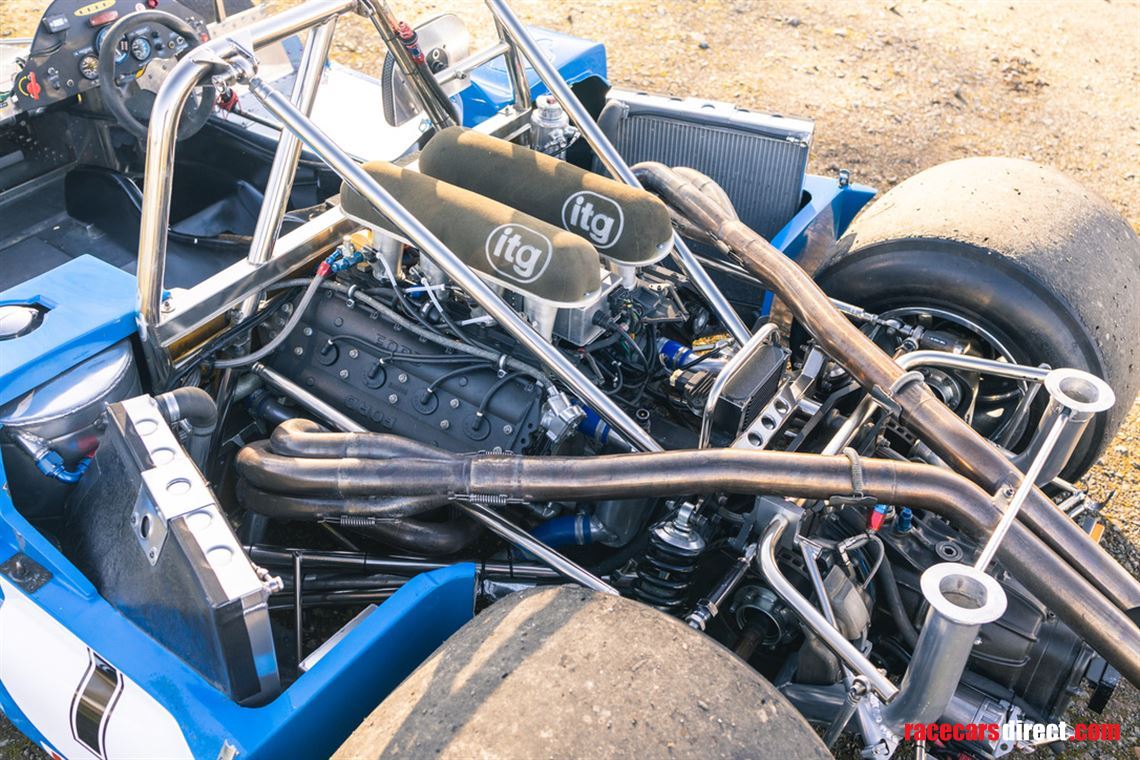 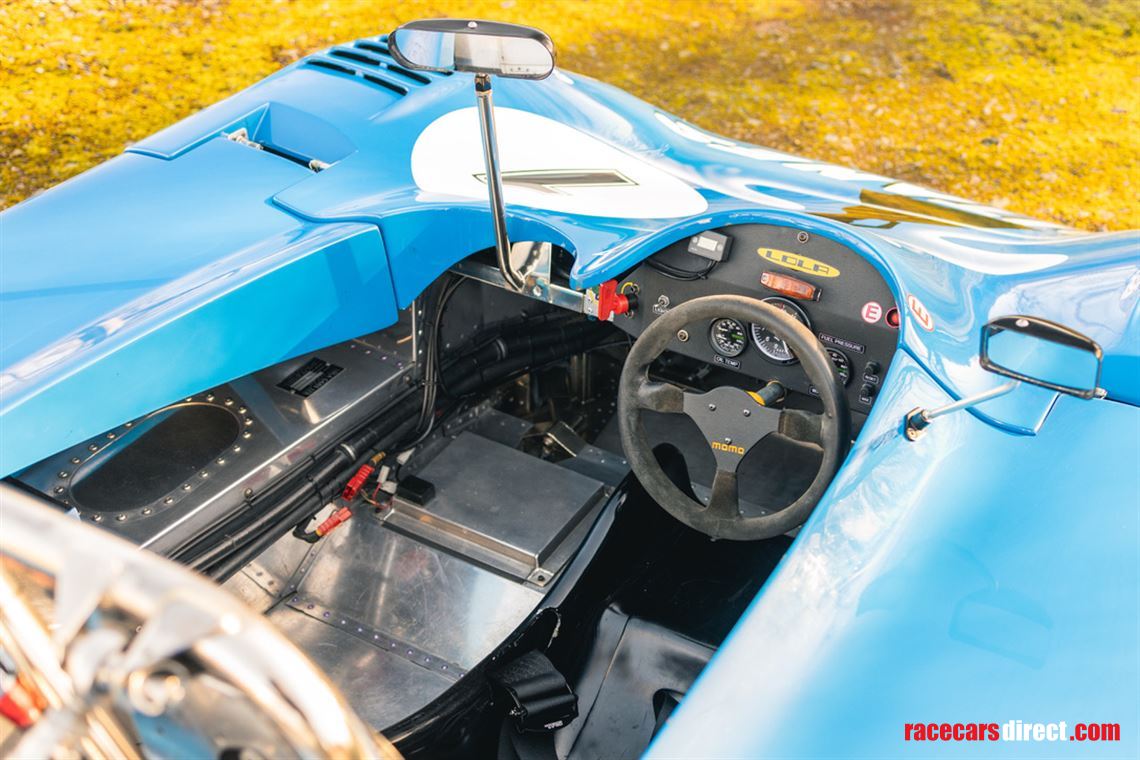 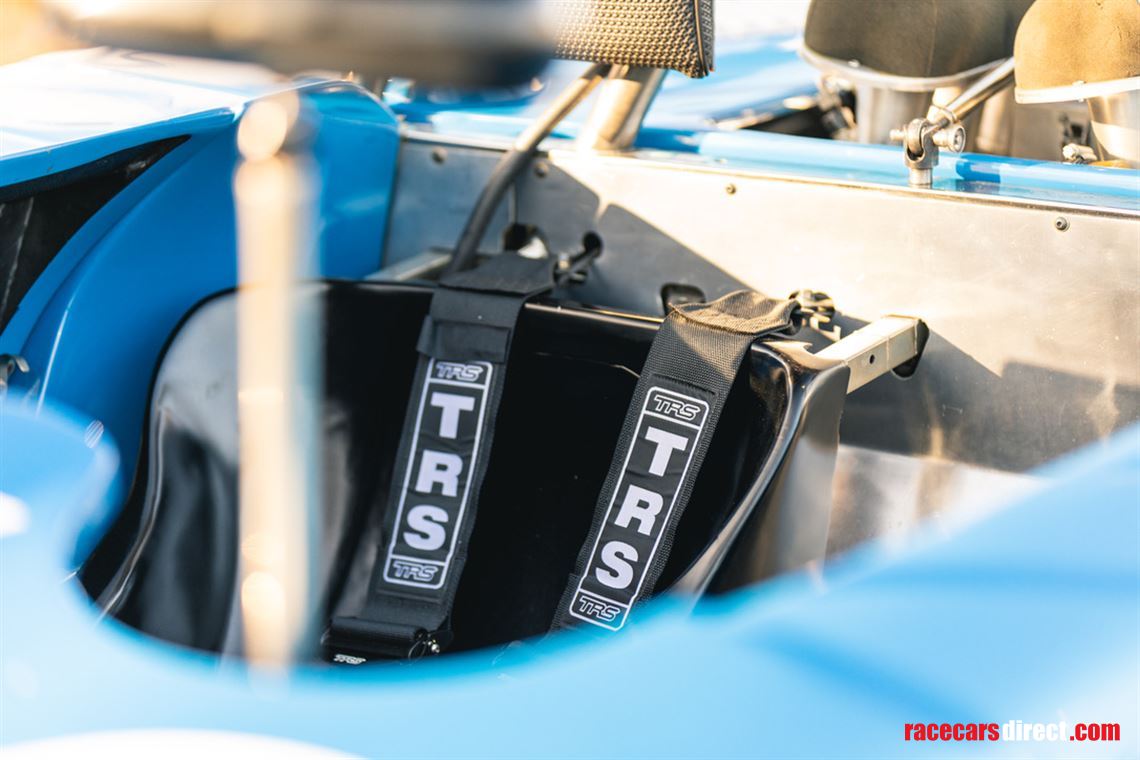 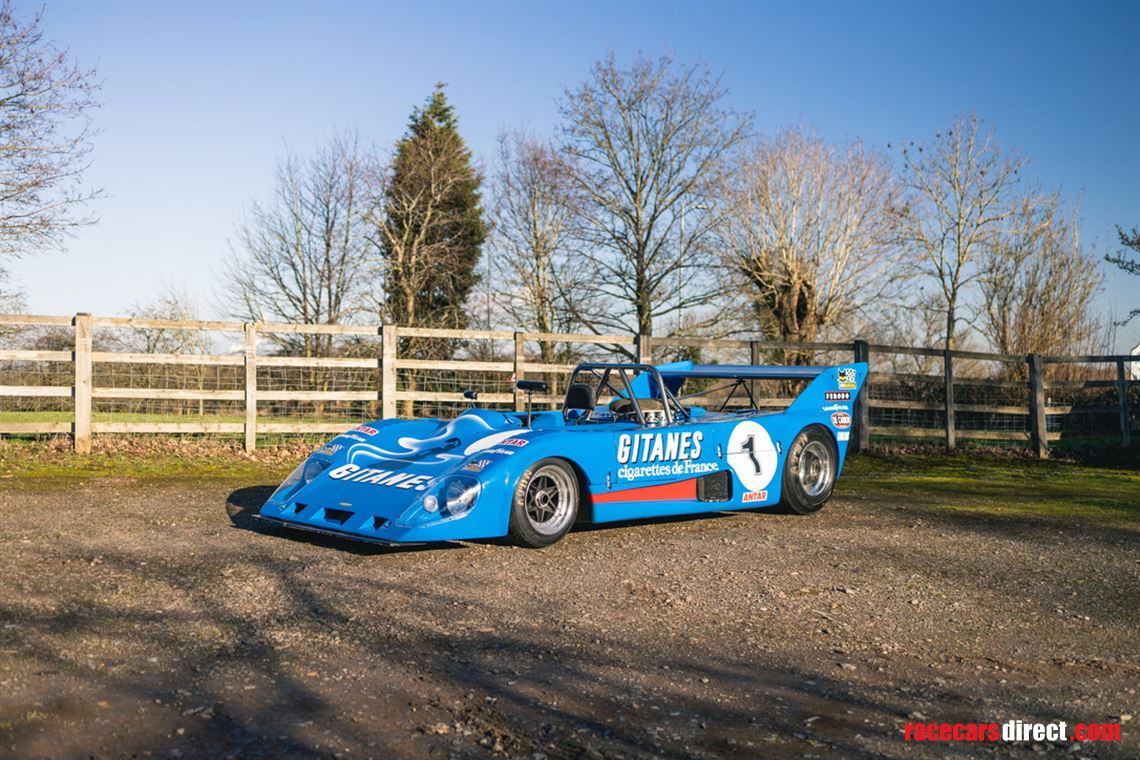 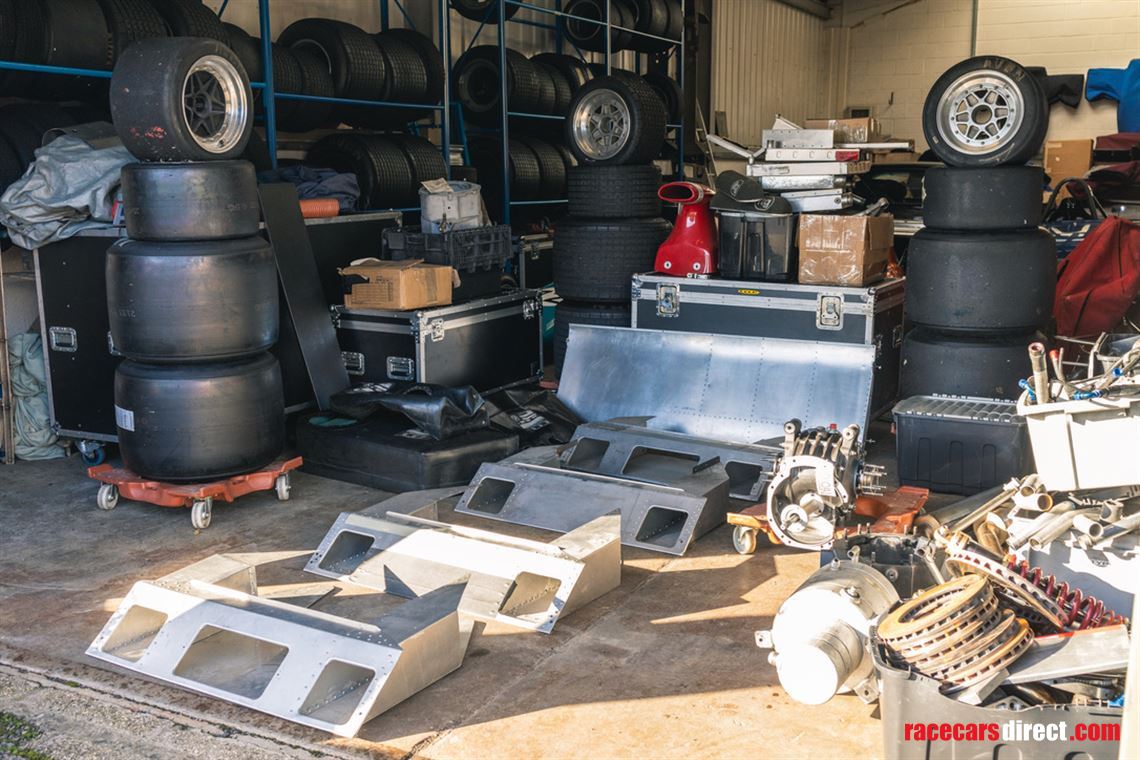 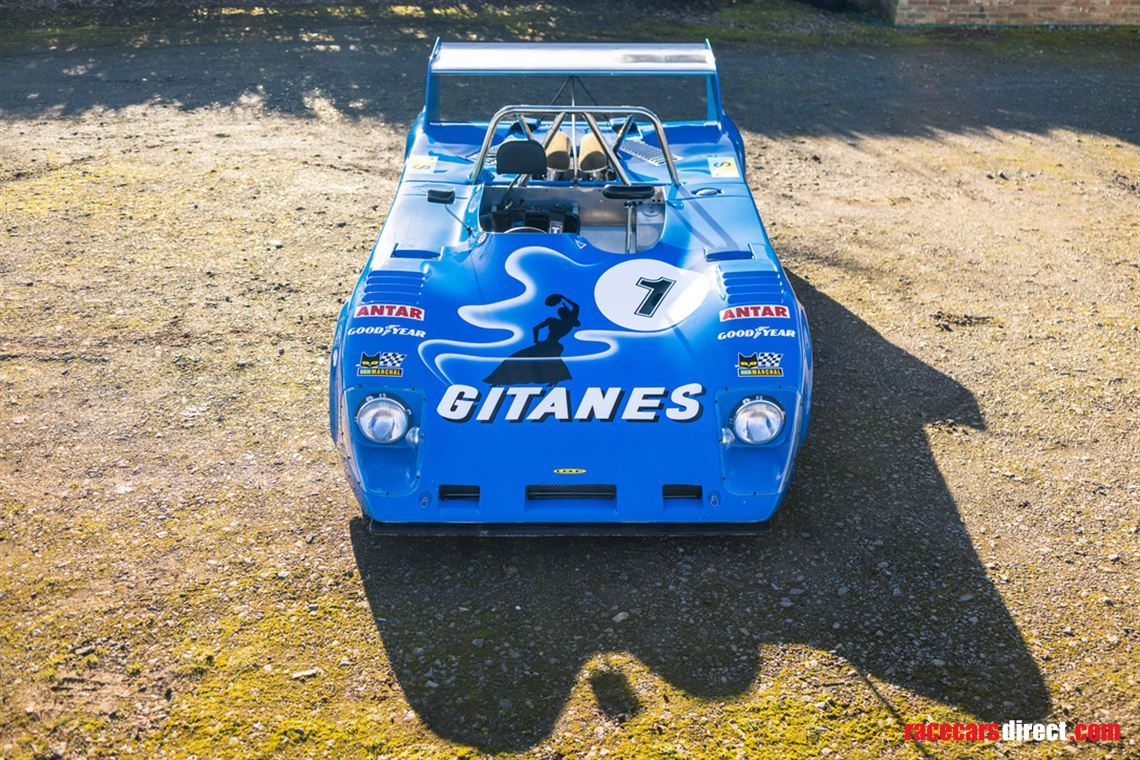 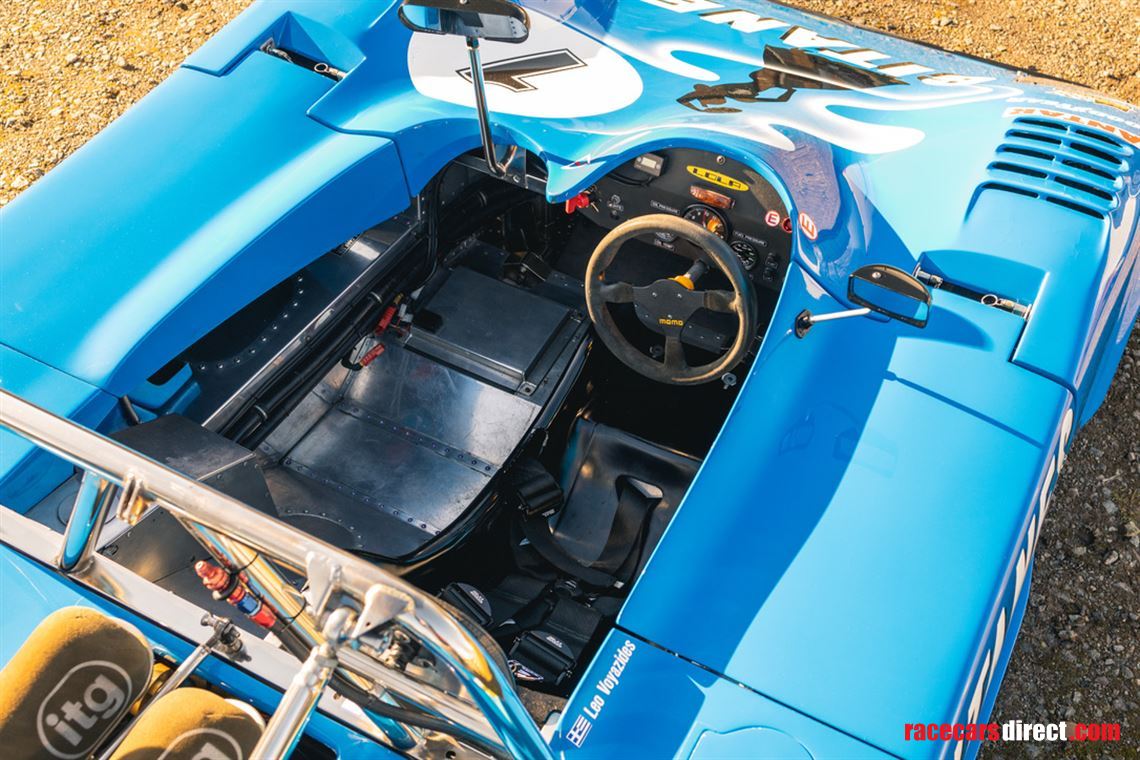 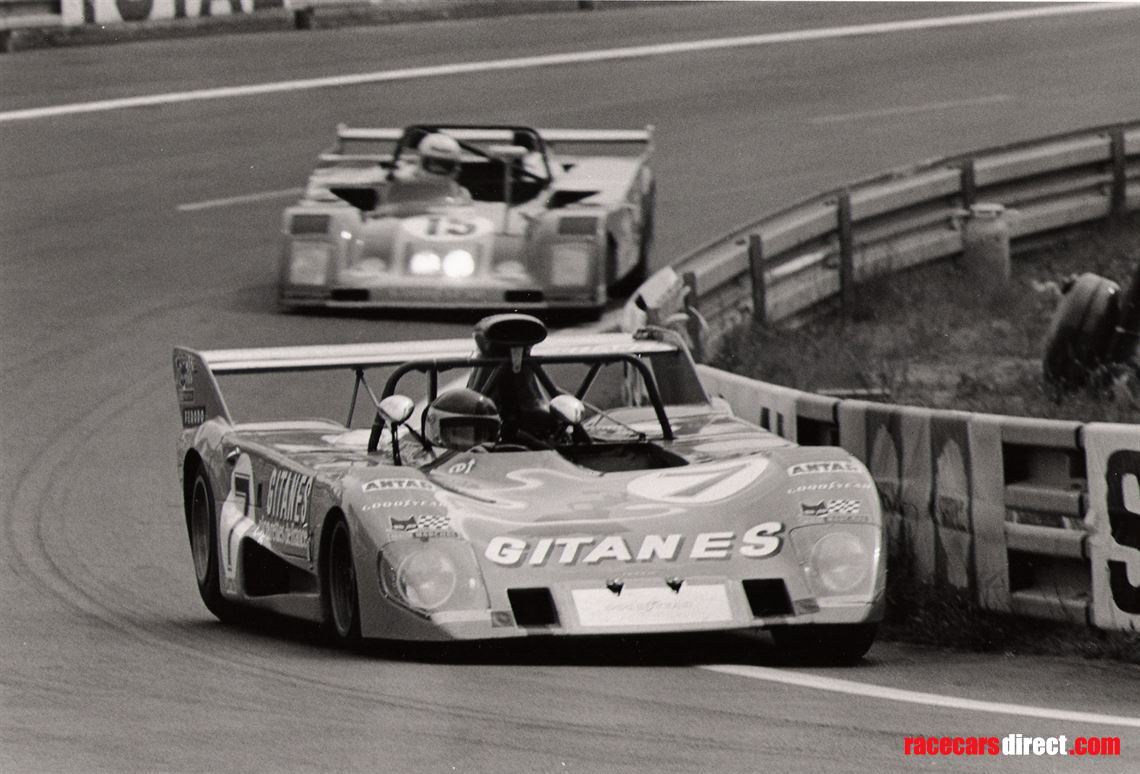 Lola’s T280/T290 series of sports racing cars, developed for the 1972 season, were very special. The monocoque chassis, originated by marque founder Eric Broadley and Bob Marston, and evolved aerodynamically in conjunction with future F1 design greats [Sir] Patrick Head and John Barnard, were supremely well-balanced once conventional wings replaced transverse flaps on their tails. Strong, stiff, super-slippery and stunning to behold, they have come to be regarded as classics.

Both the T280 (three-litre) and T290 (two-litre) families were built on aluminium tubs which were similar to the rear cockpit bulkhead. Aft of that they were configured to take the Ford-badged Cosworth DFV V8 engines for the larger capacity class or FVC/BDG(X)/BMW M12/Cosworth-prepared Chevrolet Vega ‘fours’ for the smaller, although the French ROC equipe installed its Chrysler/Simca-based units. Hewland DG300 and FG400 gearboxes were specified according to torque/power output.

Highlight of the smaller model’s competition career was former Chevron racer Chris Craft’s victory in the 1973 European Sports Prototype Championship, at the wheel of Crowne Racing’s T292. Craft, who had played a cameo role in F1 in ’71 driving a print Brabham BT33, won at Misano-Adriatico and Imola as Lola pilots aced five of the eight rounds. Team principal and long-time racer Martin Birrane [1935-2018] was so impressed that he eventually bought the Lola company.

The three-litre version’s gestation was at the insistence of Lola’s European agent Jo Bonnier - the Swiss-based Swede winner of the 1959 Dutch Grand Prix for BRM - who had formally years excelled in hulking Chevrolet V8-engined Lola T70s, their successors, and a McLaren M6B. His thinking was triggered by the FIA outlawing the previously dominant larger-engined Group 5 cars and promoting its rebranded World Championship for Makes with a three-litre capacity limit for 1972.

By ’73 the three-litre Lolas were performing at their best too. At the end of the previous season Ecurie Bonnier’s aerodynamically-enhanced ‘T282’ [the factory tended to add two to its model numbers as they evolved] had won the Paris 1000km at Rouen-Les-Essarts on its debut, driven by Frenchmen Gérard Larrousse and Jean-Pierre Beltoise. Second, incidentally, was their compatriot Jean-Louis Lafosse in a two-litre Lola-Chevrolet Vega T290.

The first new T282, chassis HU6 - the prefix was for Huntingdon, where Lola’s factory was located - was delivered to the resourceful Scuderia Filipinetti in Geneva in January ’73. The teams’ World Championship for Makes assault saw Lafosse and Swedish F1 racer Reine Wisell lined-up to race it, with backing from French state-owned tobacco manufacturer SEITA and carrying its iconic Gitanes livery.

With wealthy Belgian Hughes de Fierlant joining Wisell and Lafosse, the Lola qualified fourth for the Daytona 24 Hours (behind a works Matra V12 and two Gulf Mirage-Cosworths) but retired. With Ferrari’s flat-12 312Ps  and the Matras beyond reach the similarly-powered Mirages became the main target. When the WCM resumes in Europe, Reine and Jean-Louis gridded eighth and finished sixth at both Vallelunga and Dijon-Prenois.

After Lafosse had won a national event at Magny-Cours, against slim opposition, the car was damaged at Spa, during which news reached the crew that its patron Filipinetti had died. The T282 was re-prepared for Le Mans,                     where it appeared under Equipe Gitanes, qualifying 10th, first privateer behind strengthened Matra, Ferrari and Mirage teams fielding four three and two cars respectively. Clutch failure stopped the Lola mid-race. Rebuilt on a new monocoque for Kyalami’s finale, it was third in qualifying but retired with a misfire having split the Mirages early on.

When Scuderia Filipinetti closed at the end of the season, Count Zanon [benefactor of many drivers over the years, including Ronnie Peterson], bought the Lola which Jolly Club would enter for Giorgio Pianta and Pino Pica in ’74. They finished a meritorious sixth in the Monza 1000Kms, in good company. Pica subsequently qualified the car on pole for the Targa Florio, He also set fastest lap (34m 35.2s), but crashed out when a tyre deflated on lap five.

Now backed by Turin coffee magnate Luigi Lavazza, the Lola was reliveried for Paul Ricard, where gear linkage problems thwarted Pianta/Pica. Lella Lombardi, a Lavazza protégée, raced it to second - behind Herbie Müller’s Porsche 917/30 - in the opening heat of an Interserie event at Casale. Fourth in second stanza saw her 1classified third on aggregate.

Vittorio Brambilla and Pianta qualified HU6 fifth for the ’75 Monza 1000kms, but sometime Osella F2 racer Duilio Truffo crashed it heavily at Spa, which curtailed the season. The repaired car’s contemporary racing swan song came in ’77 when Lombardi supplied her two DFVs and she and Pianta trialled Pirelli P7 tyres. Retirements at the Monza 500Km and Vallelunga 400Km saw the effort abandoned and Lella joined Giorgio Francia in the works two-litre Osella-BMW instead.

According to historical research, the obsolete car was then reworked to accept a 1600cc Cosworth FVA engine by an amateur competitor, who sold to to Francesco Molino in Pescara. Acquired from him by Swiss Hansmarkus Huber it was rebuilt around a DFV engine by Heini Mader, who ran Ecurie Bonnier following its founder’s death at Le Mans in ’72.

Subsequently owned by Jean ‘Beurlys’ Blaton in Belgium - who contested European SuperSports Cup events - and Todd Smathers in the US, the T282 was rebuilt on a new monocoque to original specification by Chris Fox for the 2010 Le Mans Classic.

Subsequently campaigned by a discerning gentleman racer, and prepared to the highest standards by Simon Hadfield Motorsport, the car has achieved numerous victories over several seasons in European events, which its striking lines, iconic livery and distinctively shrill exhaust note have enhanced.

An aspirational passport to Le Mans Classic, CER, HSR Classic Daytona 24 and HSCC Thundersports events, this beautiful Lola - with Le Mans 24 Hours provenance - is the most rewarding three-litre sports prototype of its era to drive. Furthermore, it is the most sustainable to run with proven Cosworth DFV/Hewland drivetrain and a comprehensive spares inventory.

All of the original Lola tooling for LMP1 and LMP2 cars up to 2013. Available for sale or lease.

Engine completely rebuilt, since then the car wasn‘t in use - monocoque in very good condition