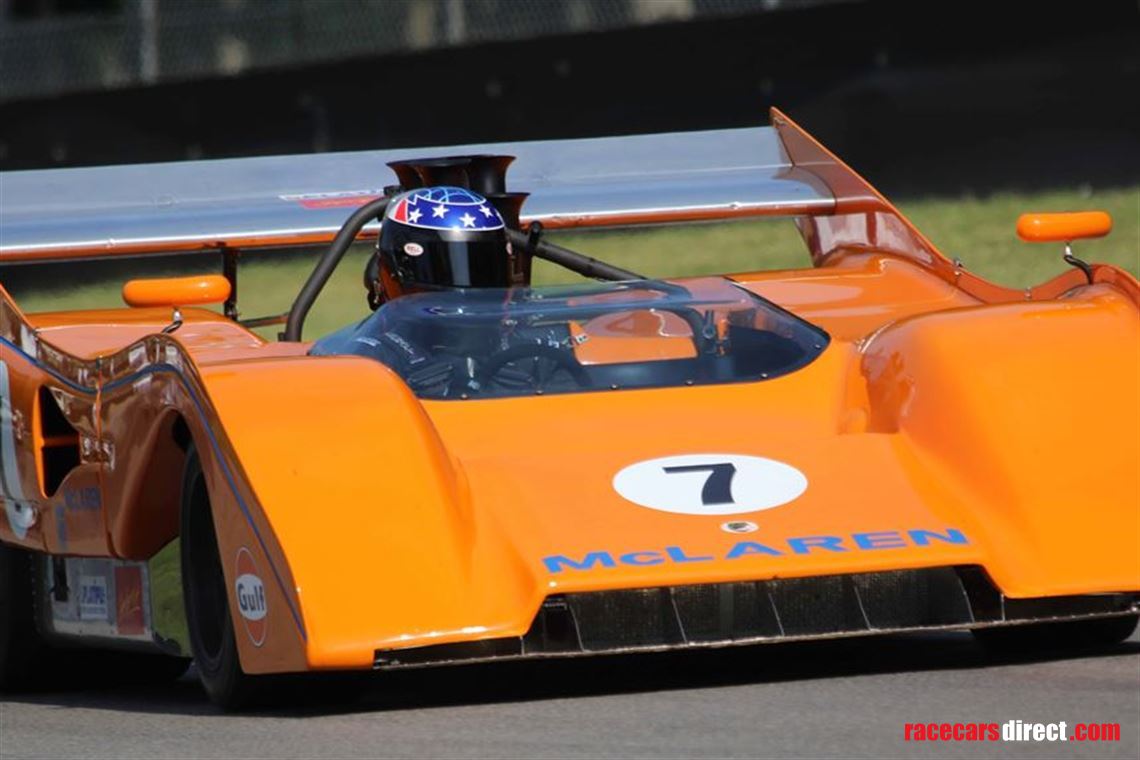 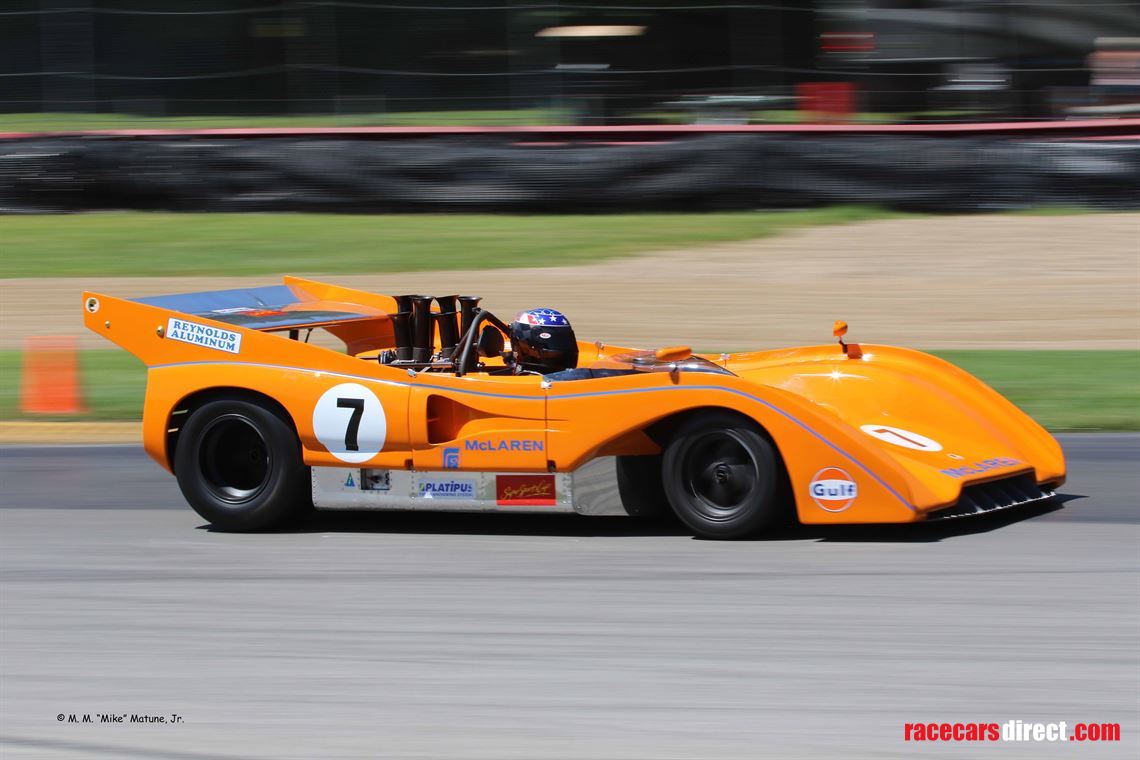 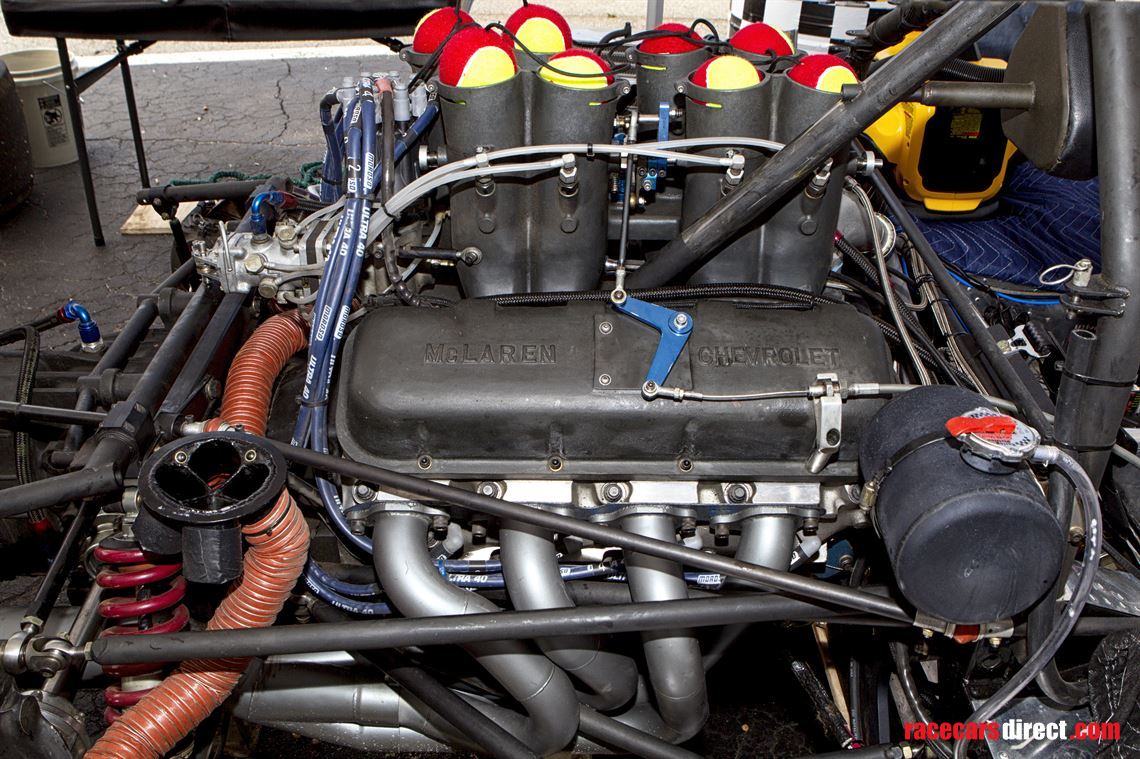 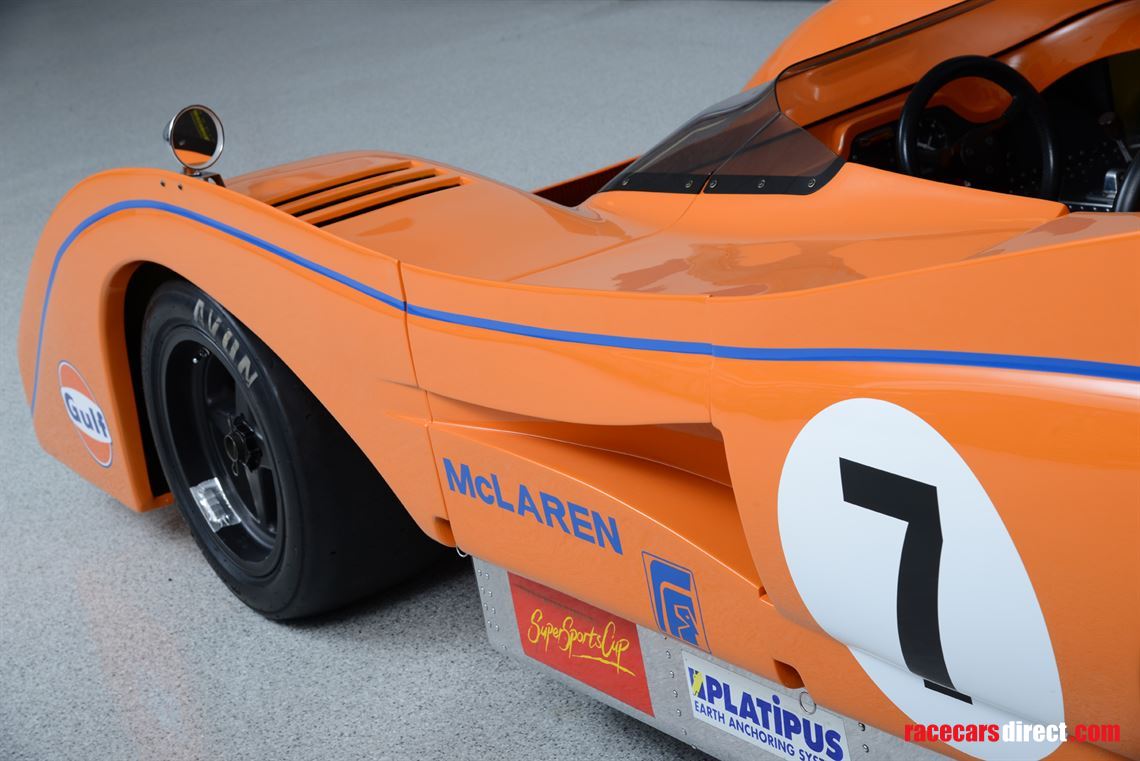 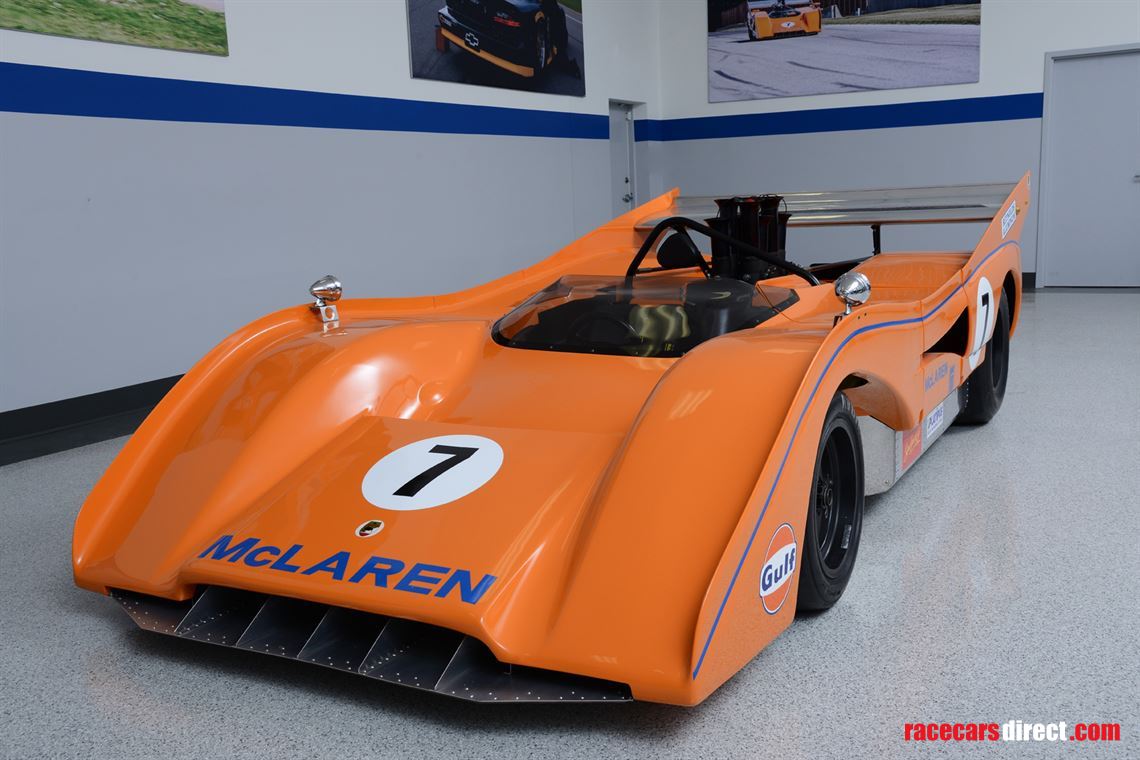 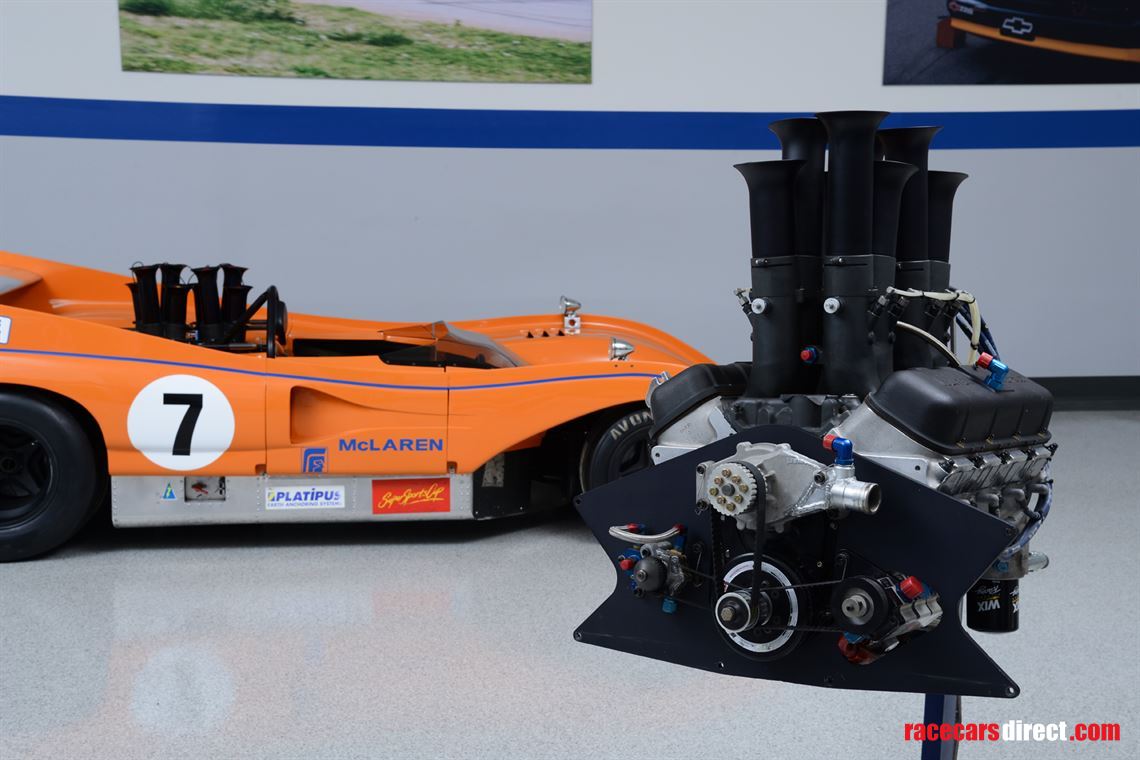 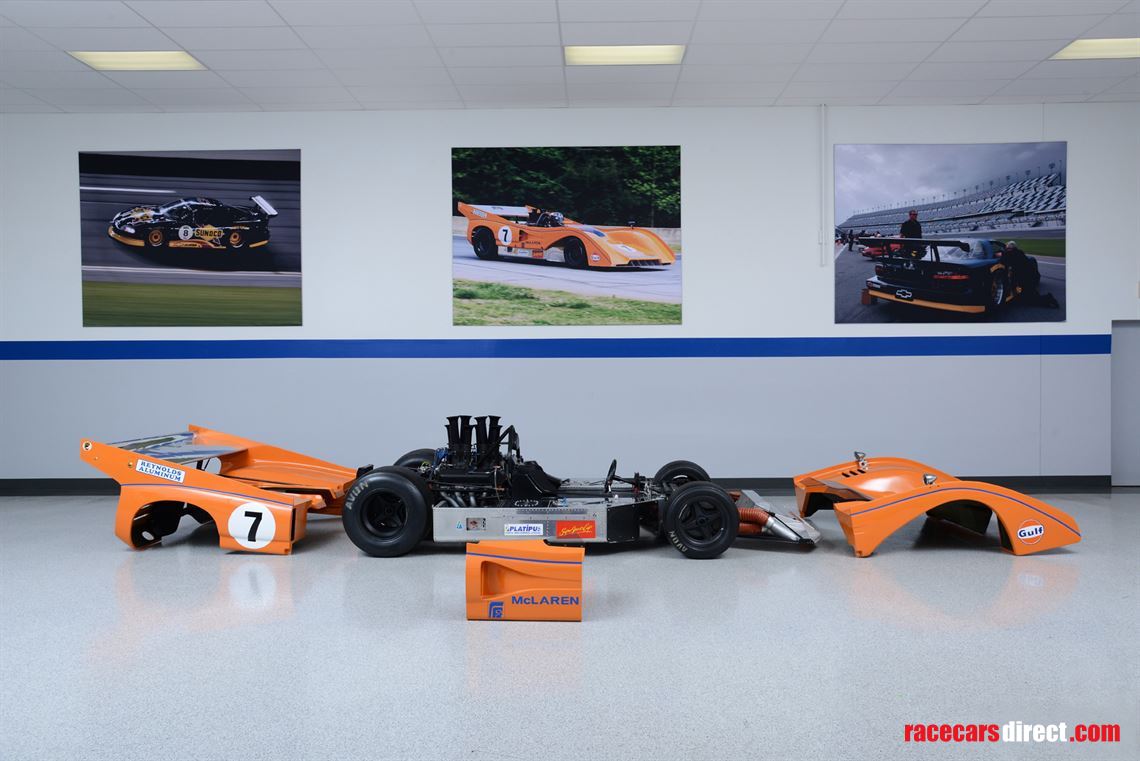 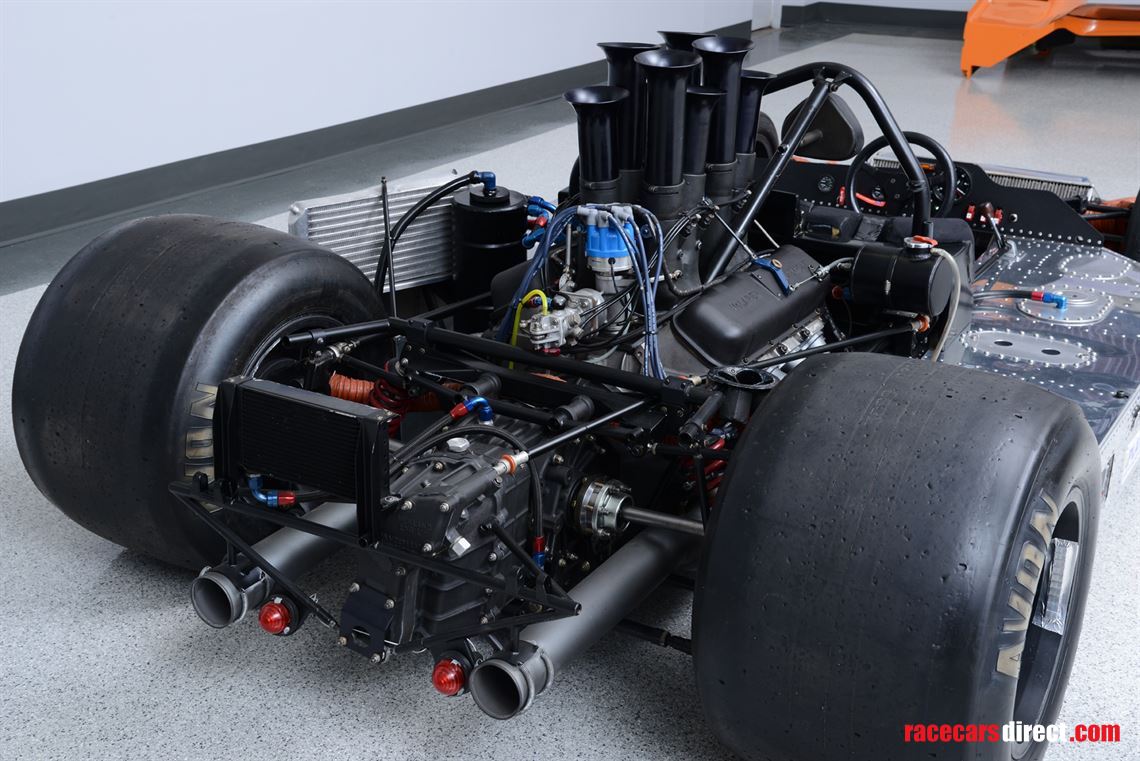 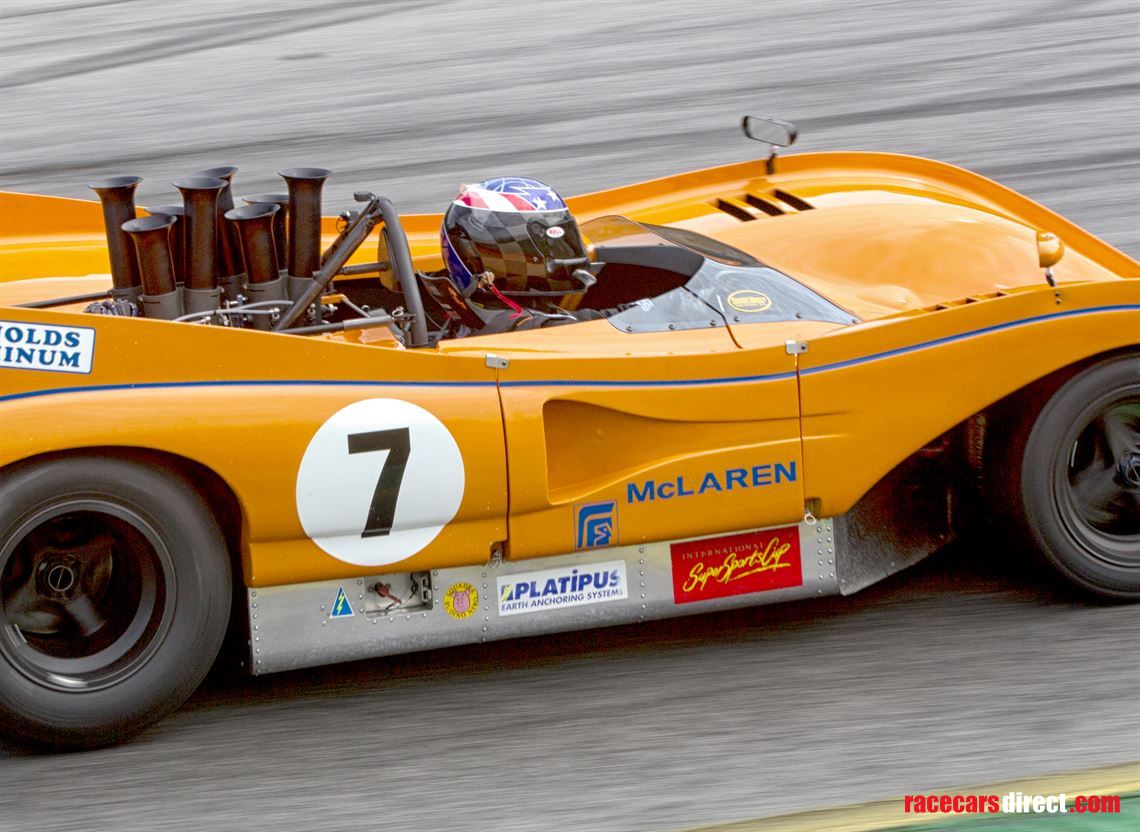 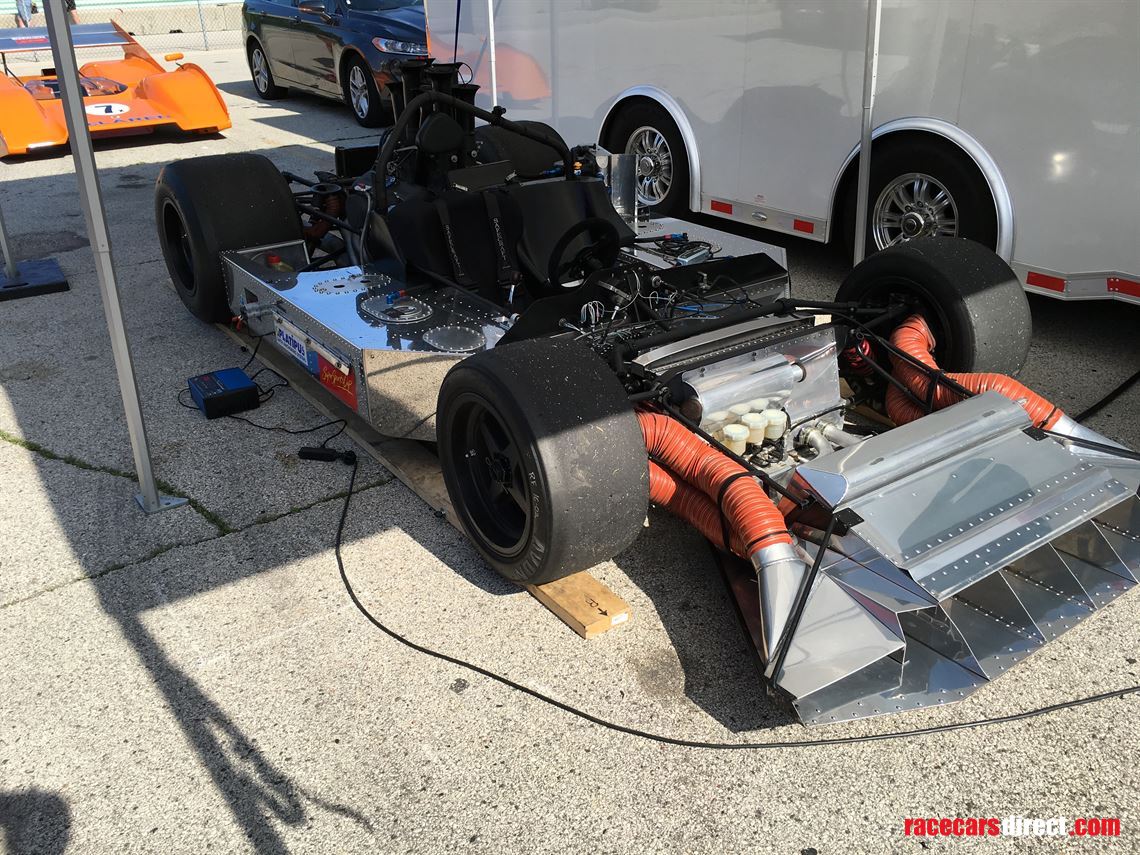 As the years progressed the M8 was further developed, maintaining its winning heritage through to the final iteration of the M8, the M8F in the early seventies. The M8’s were produced in limited numbers by McLaren as factory team cars. Peter Agg’s company, Trojan Ltd., built the customer versions of the M8’s for McLaren. The Trojan built versions of the McLarens ("McLaren by Trojan") were designated with the letter "P" identifying them as the production versions of the M8F cars.

Reports show that nine M8FP cars were completed and sold to customers by the end of 1972. However, according to Trojan owners Peter Agg and his son Charles Agg, two more chassis, M8FP/10-72 and M8FP/11-72, were under construction when Trojan's production of the M8FP's ceased in 1972. These chassis remained unsold at the Trojan works. However, according to FIA paperwork and Charles Agg, the story for M8FP/10-72 continues.

During 1972, the Helmut Felder Racing Team ran a normally aspirated McLaren M8FP/2-72, for Helmut Kelleners in Interseries races. Kelleners did well even winning a race in M8FP/2-72. However, the writing was on the wall in the U.S. with the twin-turbo Porsche 917's dominating the Can-Am series. The turbocharged Porsches would soon do the same in the Interseries.

At the same time in 1972, Team VDS, with driver Teddy Pilette, was experimenting with a twin-turbocharged McLaren M8FP/6-72, in the Interseries. The results were encouraging enough that the team continued with the turbo-powered M8FP into 1973. The progress of the turbocharged VDS car did not go unnoticed. According to Charles Agg, plans were made for M8FP/10-72 to go to the Felder team in what would have been a twin-turbo configuration for Helmut Kelleners.

While that was happening in the U.K., in the U.S. the Porsche 917's were now dominating in Can-Am series. After the Riverside round, McLaren left Can-Am to pursue its fortunes in F1. With the McLaren factory works M20 now suddenly available, Felder Racing decided to purchase the M20 instead of M8FP/10-72 and leaving it with Trojan. According to the “Section 8 History" of the M8FP/10-72 FiA paperwork filed in 1989:

"Unsold car manufactured by Trojan Ltd. who still owns it, one of two not sold during 1971/72 series. Prepared in Turbo form as display car for museum originally to be sold to Helmut Kelleners for interserie."

The museum was Tojan’s own museum. In the early 1970s, Peter Agg, through his company, Trojan Ltd., purchased Effingham Park. Peter purchased the property to be used as offices for the company as well as a motor museum to house Peter's growing collection of cars. By the end of 1973, the property was being made ready for the Trojan staff and cars to move in. According to Charles M8FP/10-72 was included in the cars that went on display in the new Trojan Motor Museum at Effingham Park.

Thereafter Peter and Charles Agg continued to hold onto M8FP/10-72 in their collection into the early 1980’s. At which point Charles fitted the car with an 8.4 liter, Lucas-McKay fuel injected, Chevy V8 with Hewland LG-600 gearbox, and prepared the car to race in the International Supersports Cup. Charles raced M8FP/10-72 from 1986 through 1996 in the Supersports Cup. He was very successful in M8FP/10-72 teaming up to win or finish second at most of the races they attended including Spa, the Nurburgring, Donnington, Silverstone, Dijon, Paul Ricard, Monza, and other famous circuits (race results available upon request).

At the end of the 1990’s Charles decided to sell two M8FP’s then in his possession, M8FP/10-72, and M8FP/6-72. M8FP/10-72 was sold to Lowell Blossom in the U.S. Blossom campaigned M8FP/10-72 in historic races, including Road America and Watkins Glen, from 1997 through 2005, twice qualifying on the pole in the Can-Am feature races (race results available upon request). Blossom then sold M8FP/10-72 to its next owner. Unfortunately, shortly thereafter the owner had to liquidate some of his holdings including the M8FP/10-72. That is how M8FP/10-72 was acquired by its current owner in 2015.

M8FP/10-72 was subjected to a complete restoration by Clay Filson and Paul Schaller shortly after acquisition. Thereafter the car was campaigned in several vintage races in the U.S. by noted racer, Jim Pace. Please see the videos below with Jim at the wheel.

M8FP/10-72 is currently in excellent condition with a continuous chain of history. The car also comes with a considerable list of spares that include, but are not limited to, the following:

Please contact us for the complete spares list (five pages long), or the FiA paperwork is also available. The car is located in the U.S.