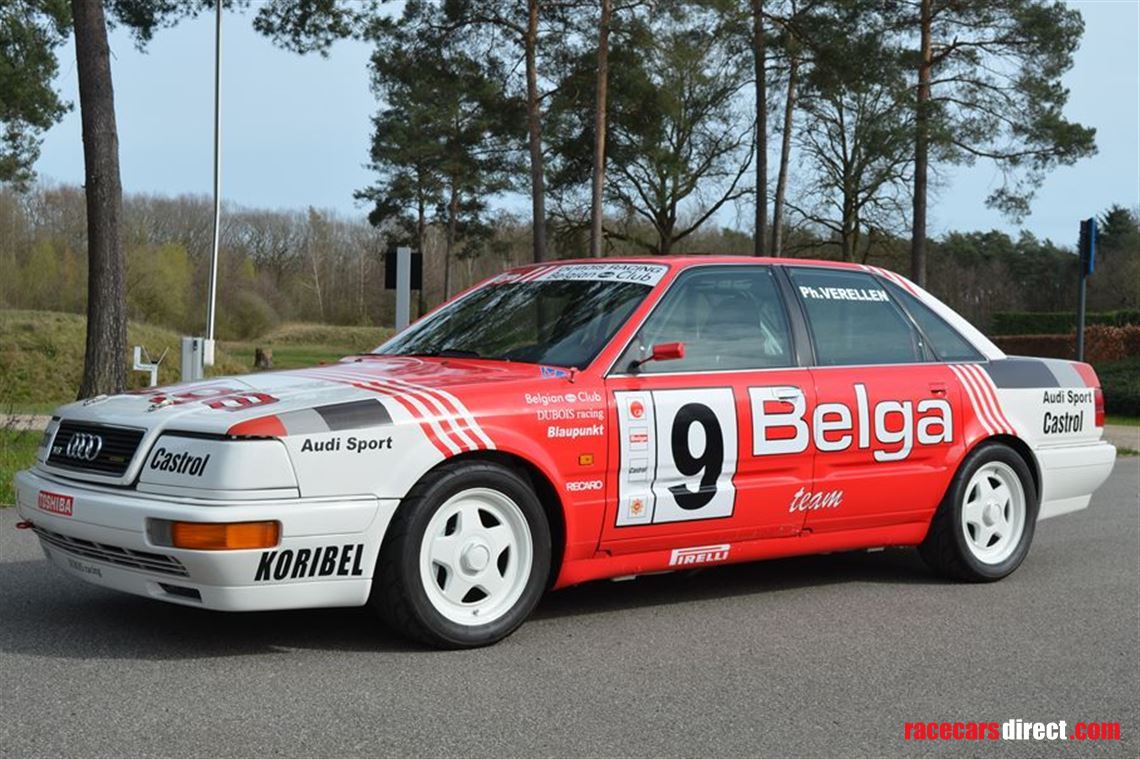 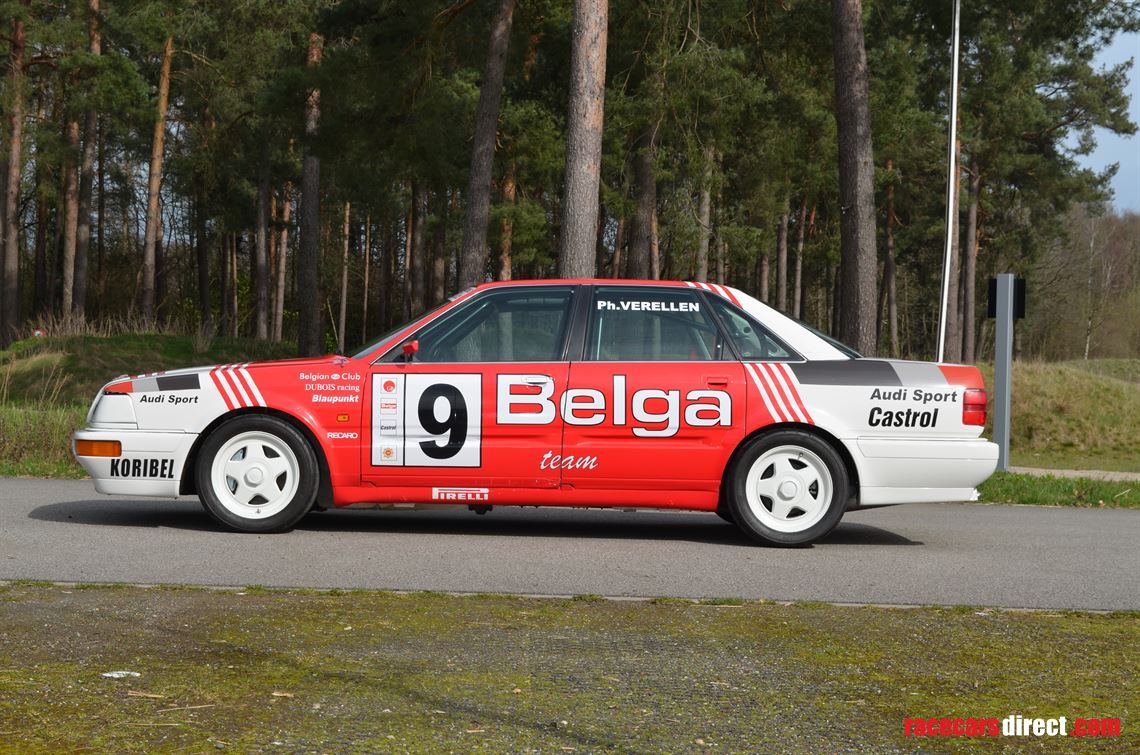 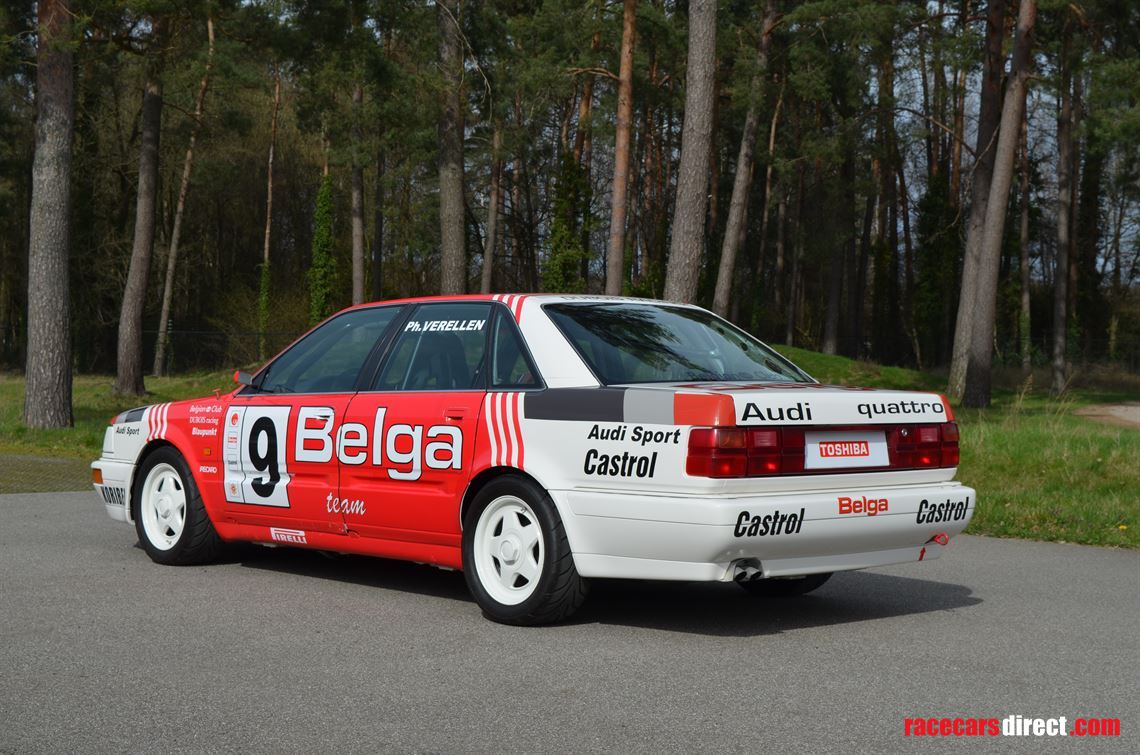 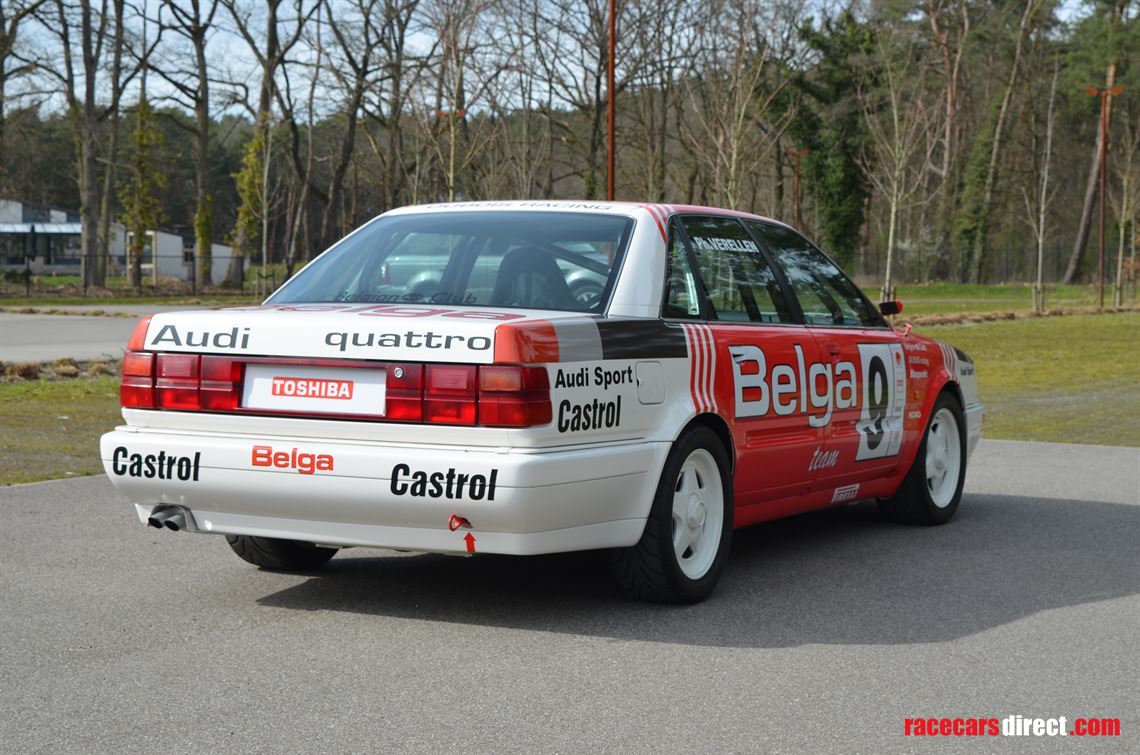 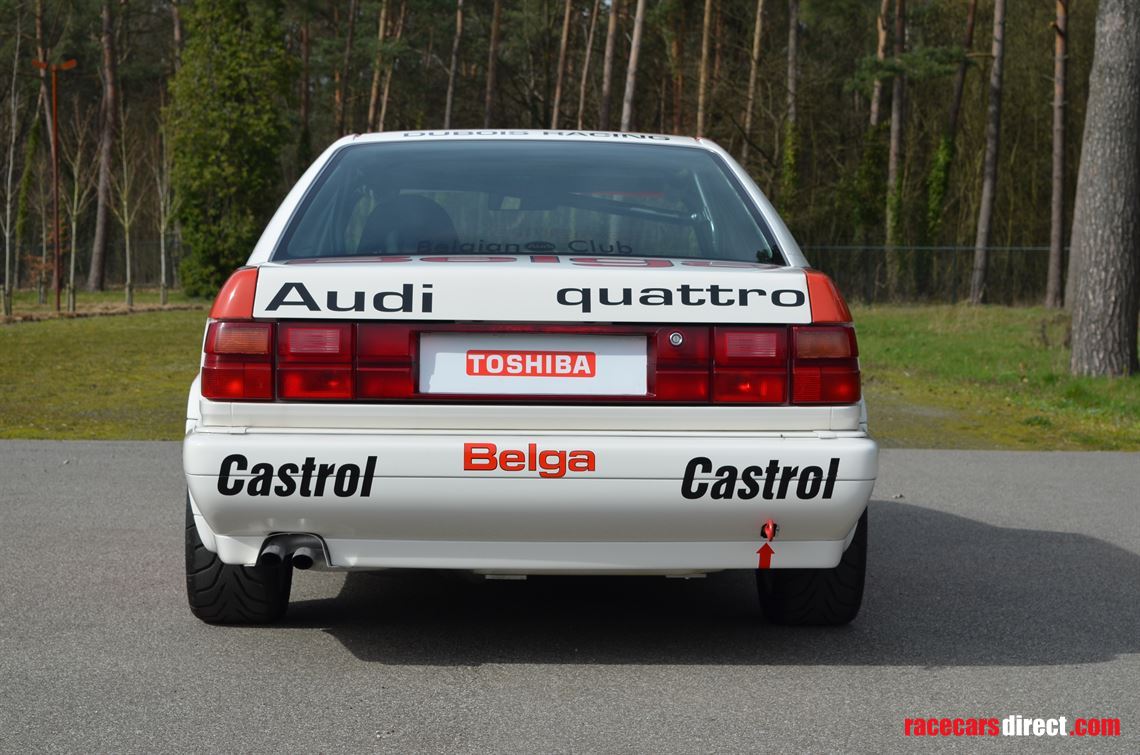 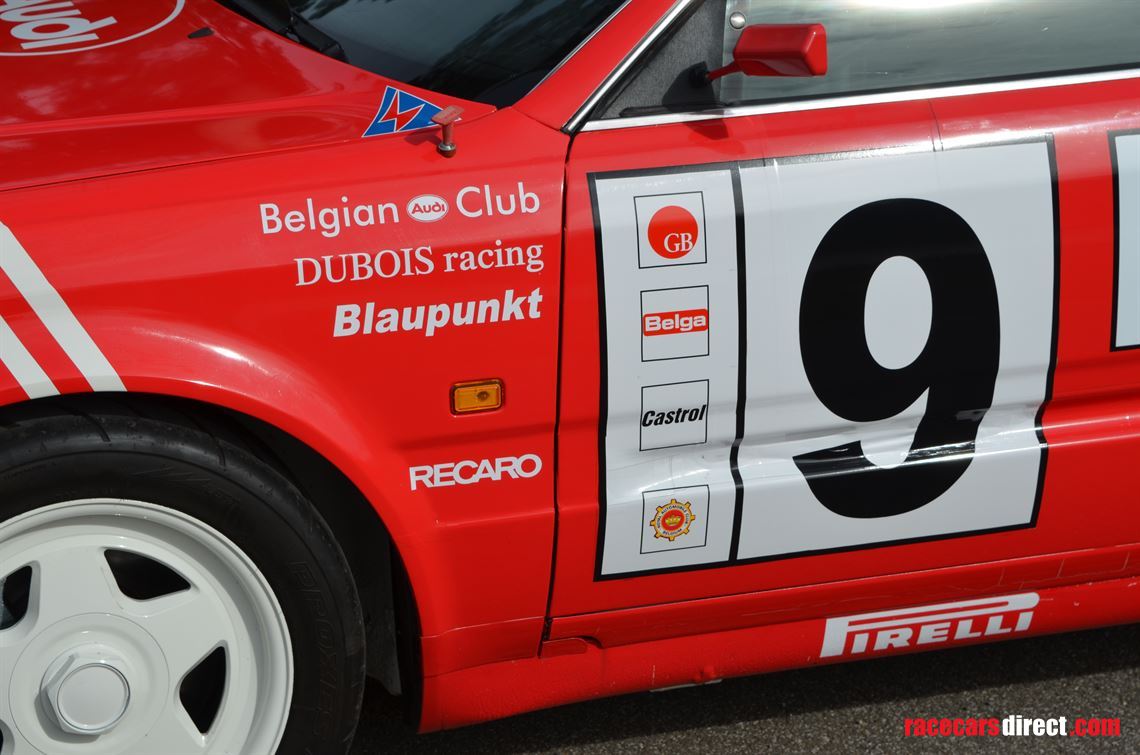 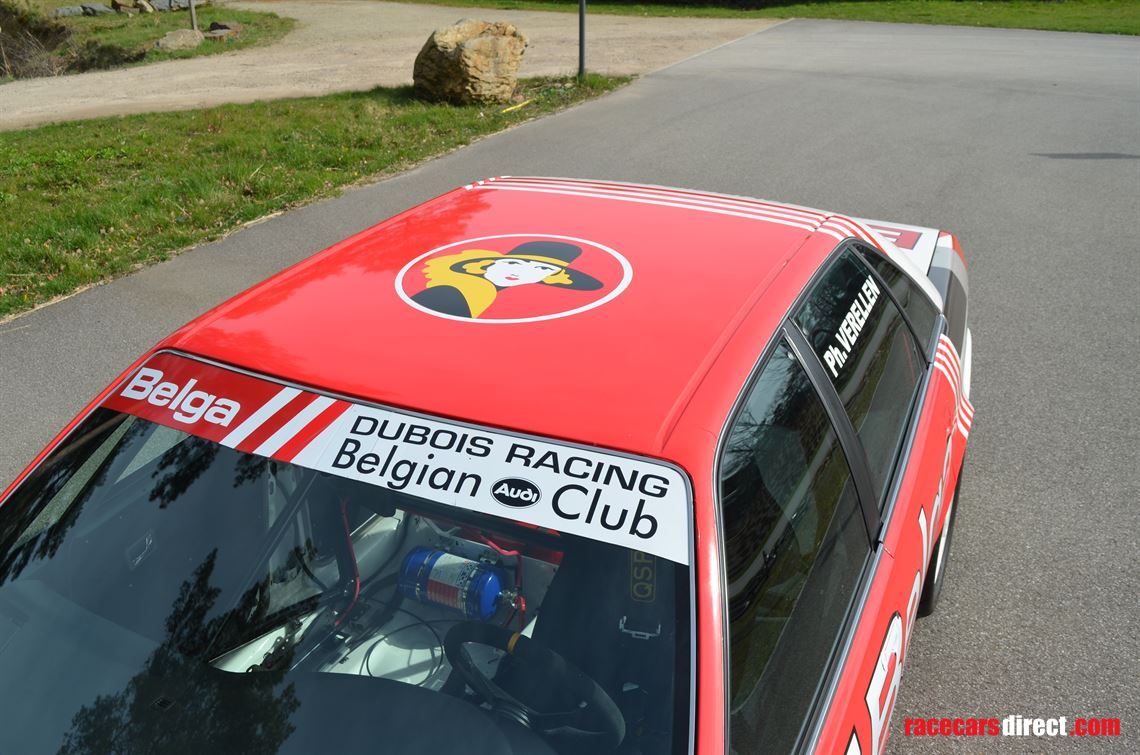 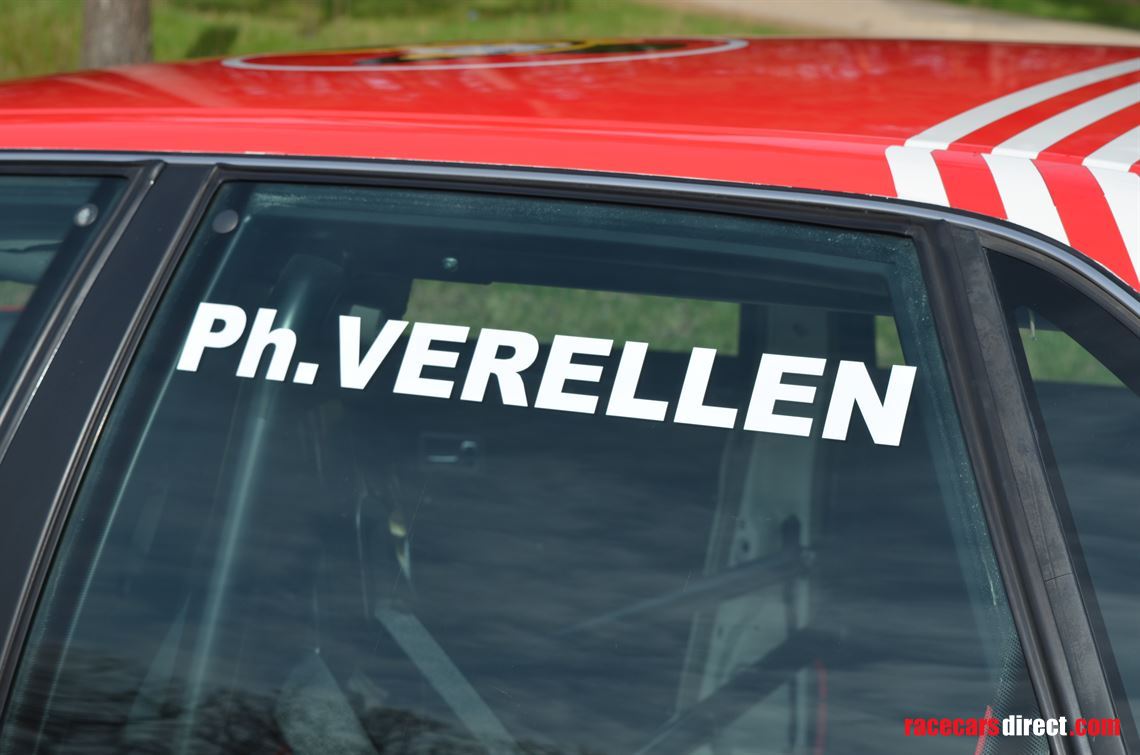 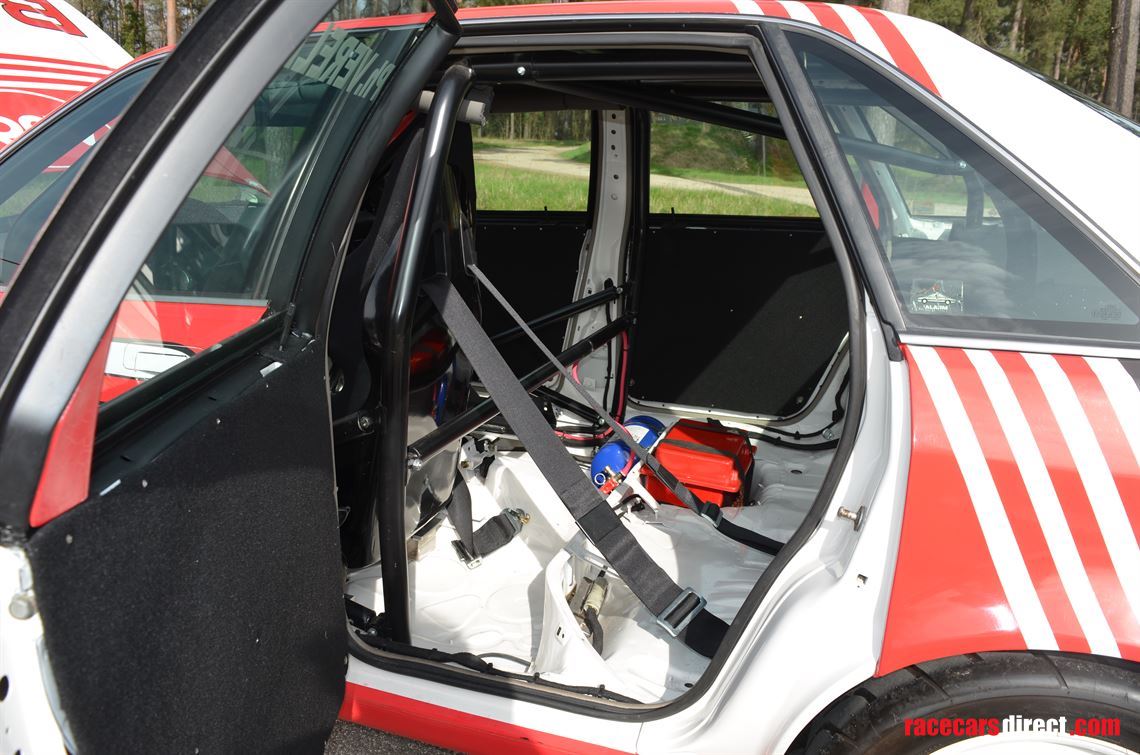 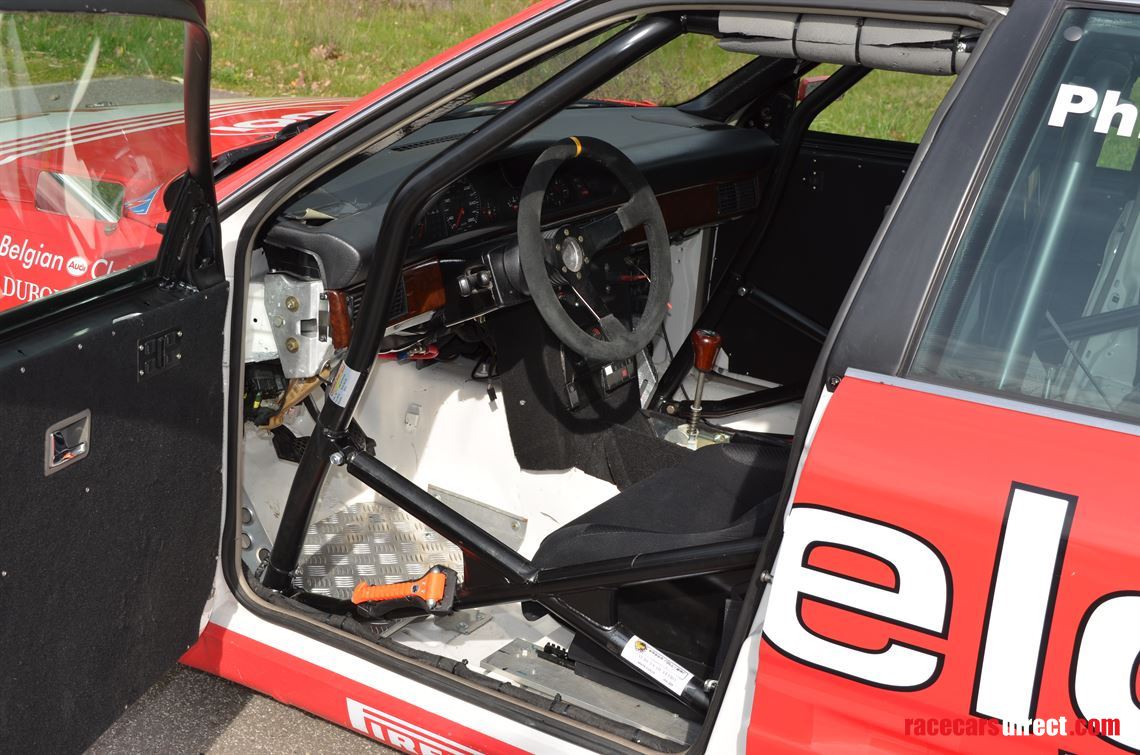 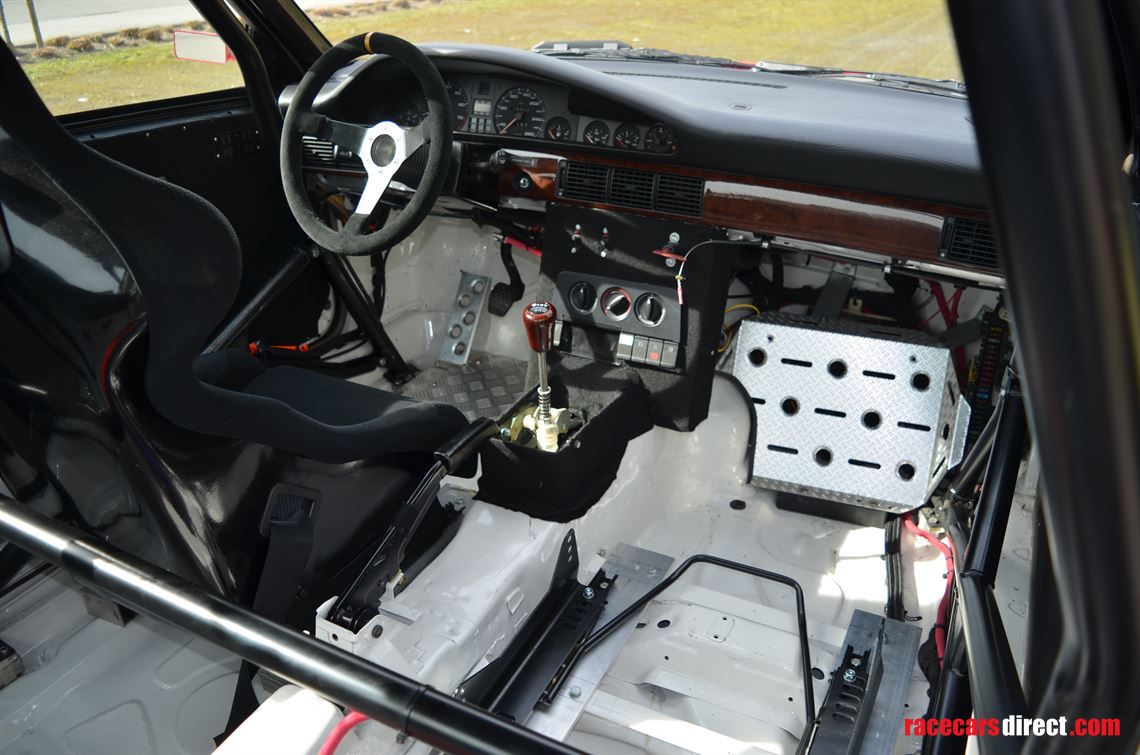 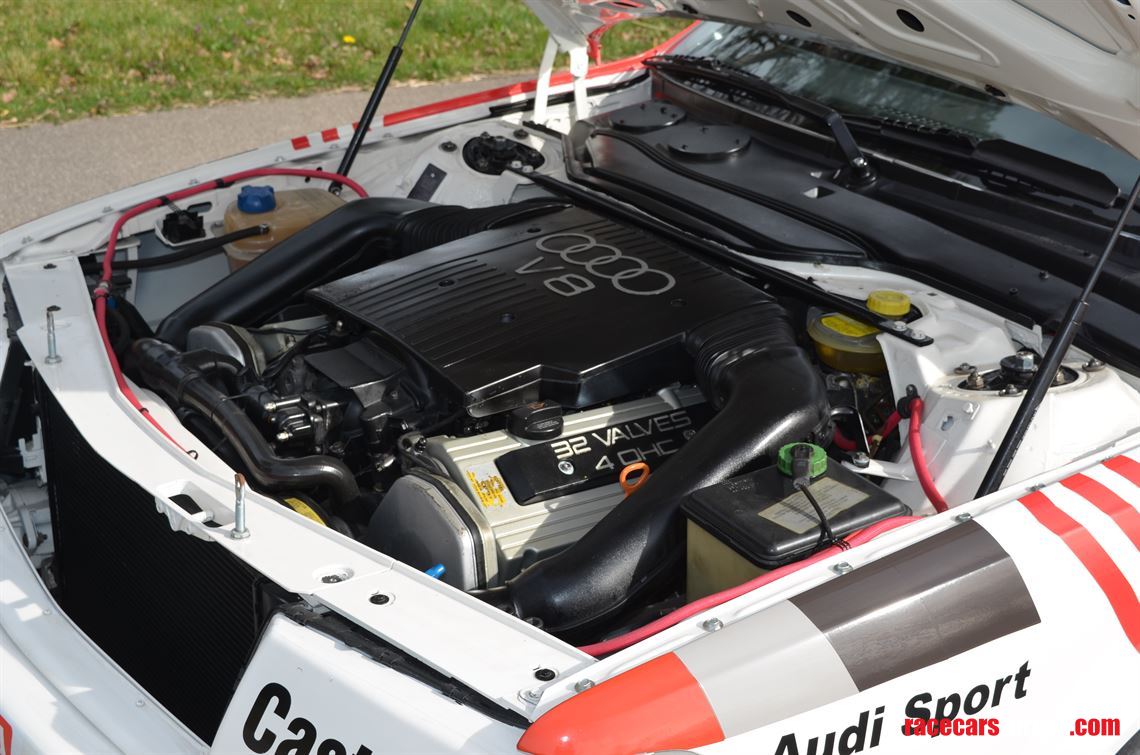 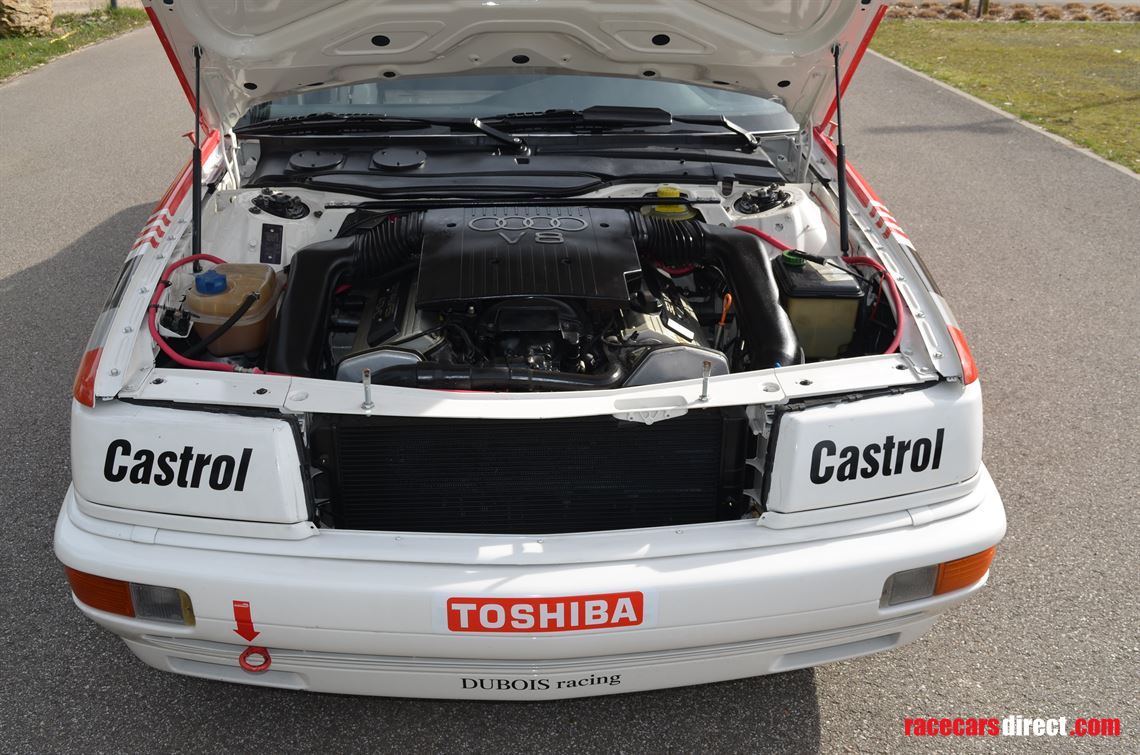 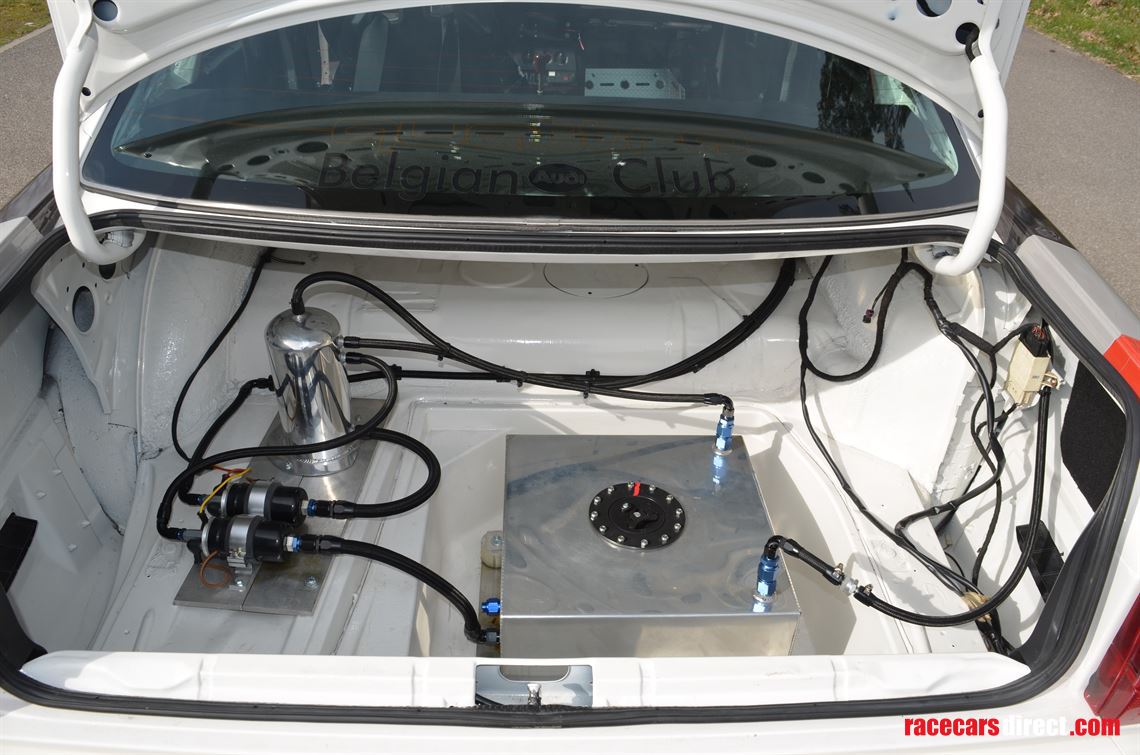 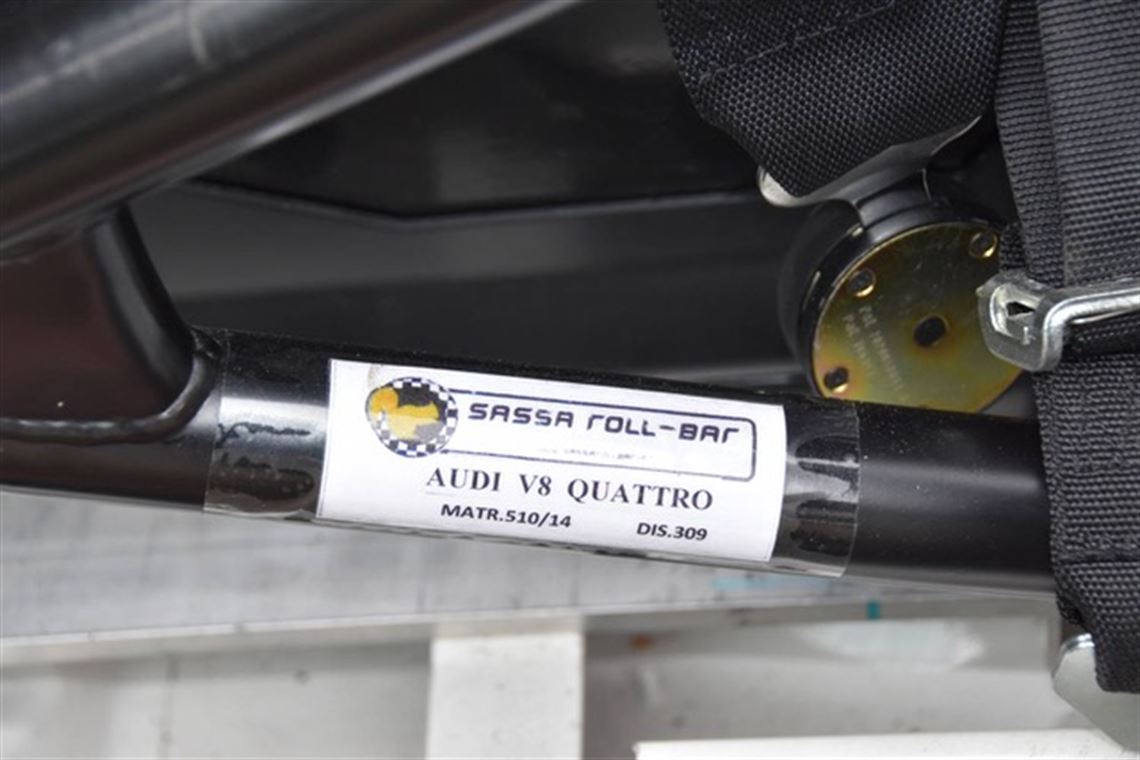 The original Audi 200 V8 Quattro was driven by Belgian star Philip Verellen following his return to the Belga team in 1990. Verellen had been discovered by the 'Belga Stuurwiel', a promotional program run by the Belga cigarette company to find talented young drivers. From the selected drivers participating in the 1986 'Stuurwiel' at Zolder, the jury had real difficulties in deciding the winner from the four best candidates, but eventually they chose Philip Verellen, who was not only the fastest but also the most consistent.
At that time Philip Verellen was 23 years old and working as a journalist for the magazine, 'Autokrant'. His reward was the opportunity to race in the Belgian saloon car championship in 1986
In 1990 he joined the Belga team to contest the inaugural Belgian Procar Championship, driving one of the team's two Audi V8 Quattros. Introduced in 1988, the Audi V8 Quattro was the German manufacturer's flagship model. Philip Verellen went on to a 3rd place in in 1990 and an overall win in 1991.

1981 Audi Quattro to restore or to build a rallycar

We are pleased to offer one of the most iconic 1990’s F1 cars for sale.