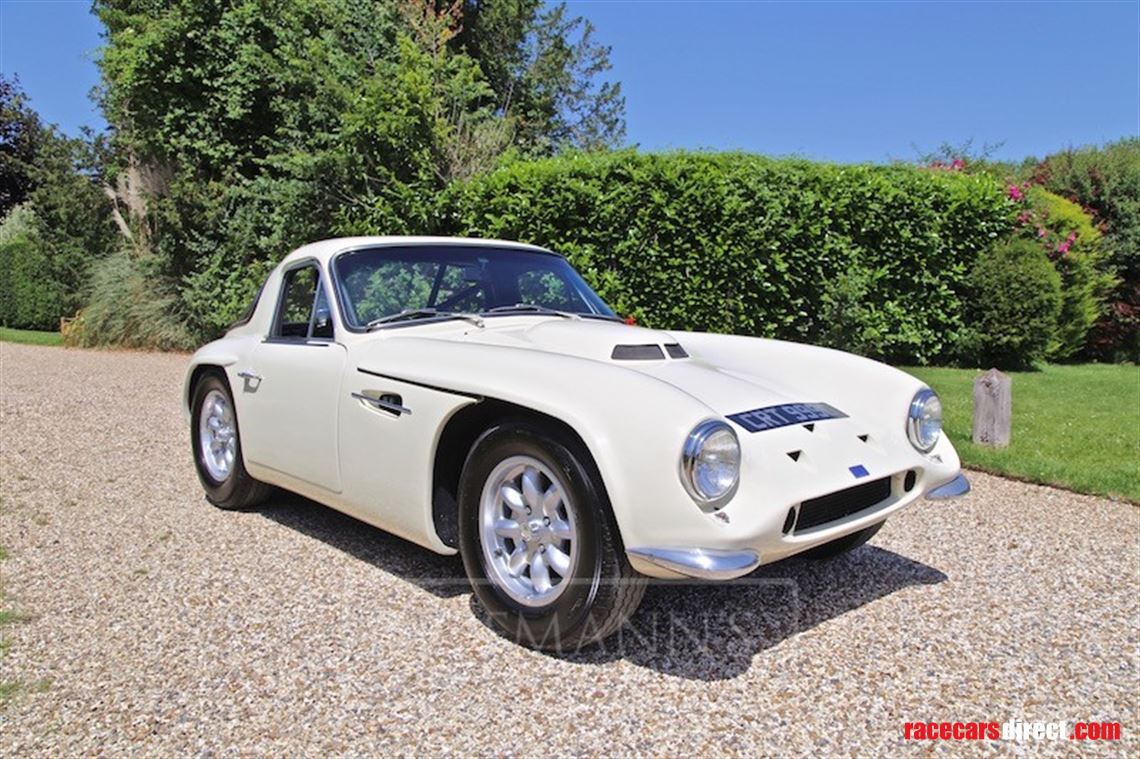 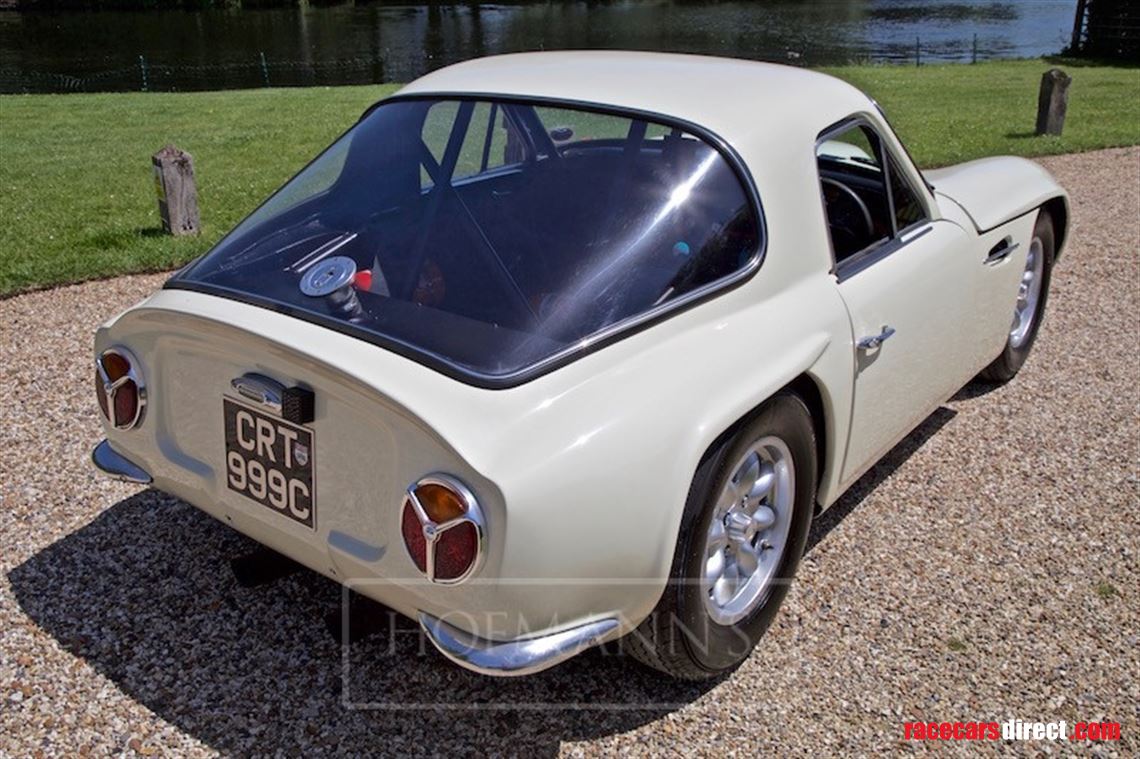 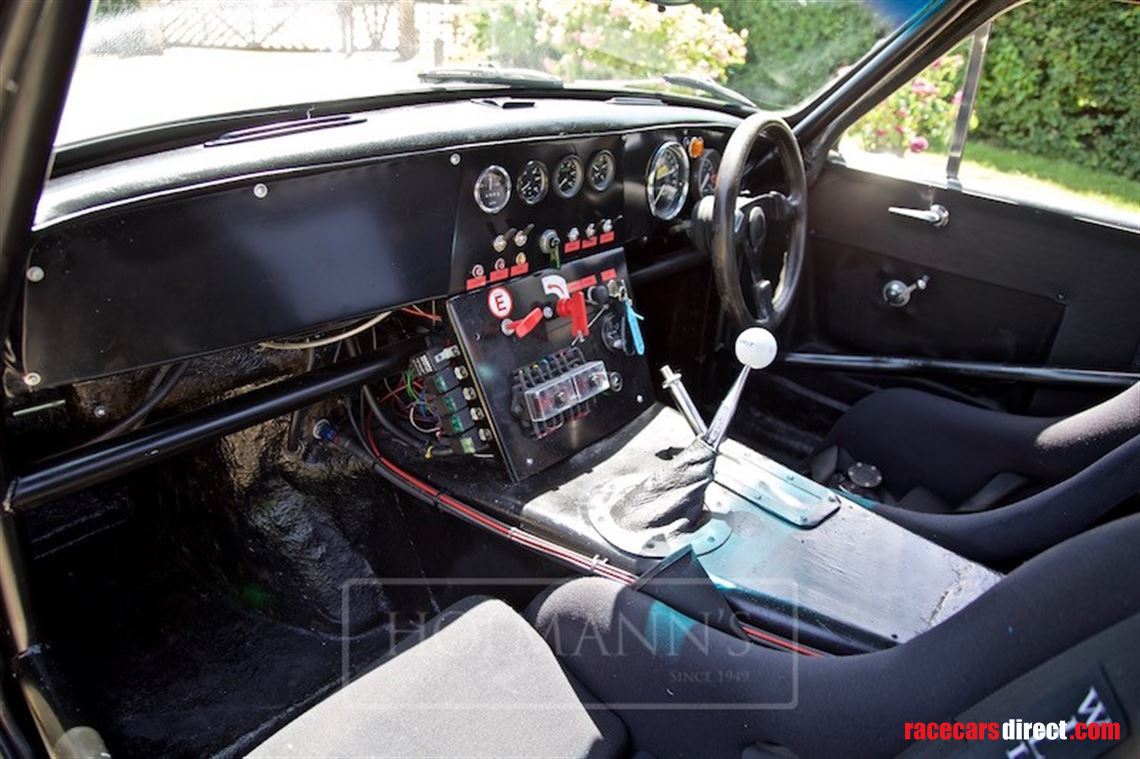 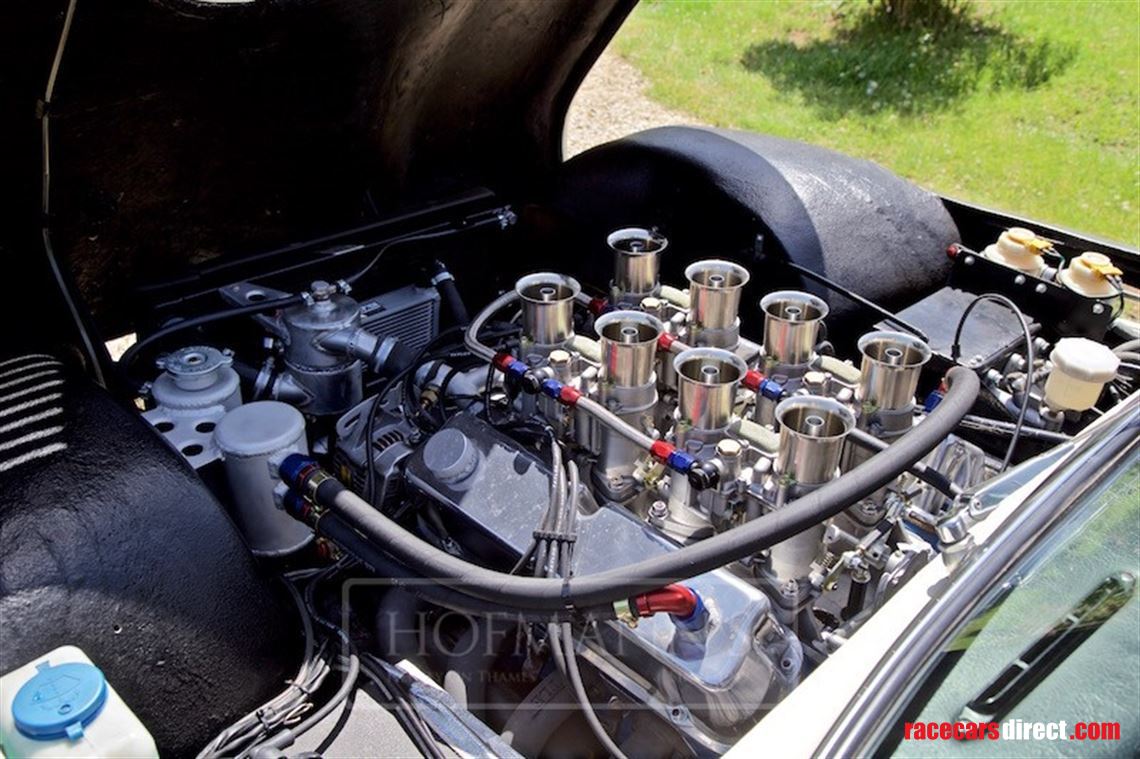 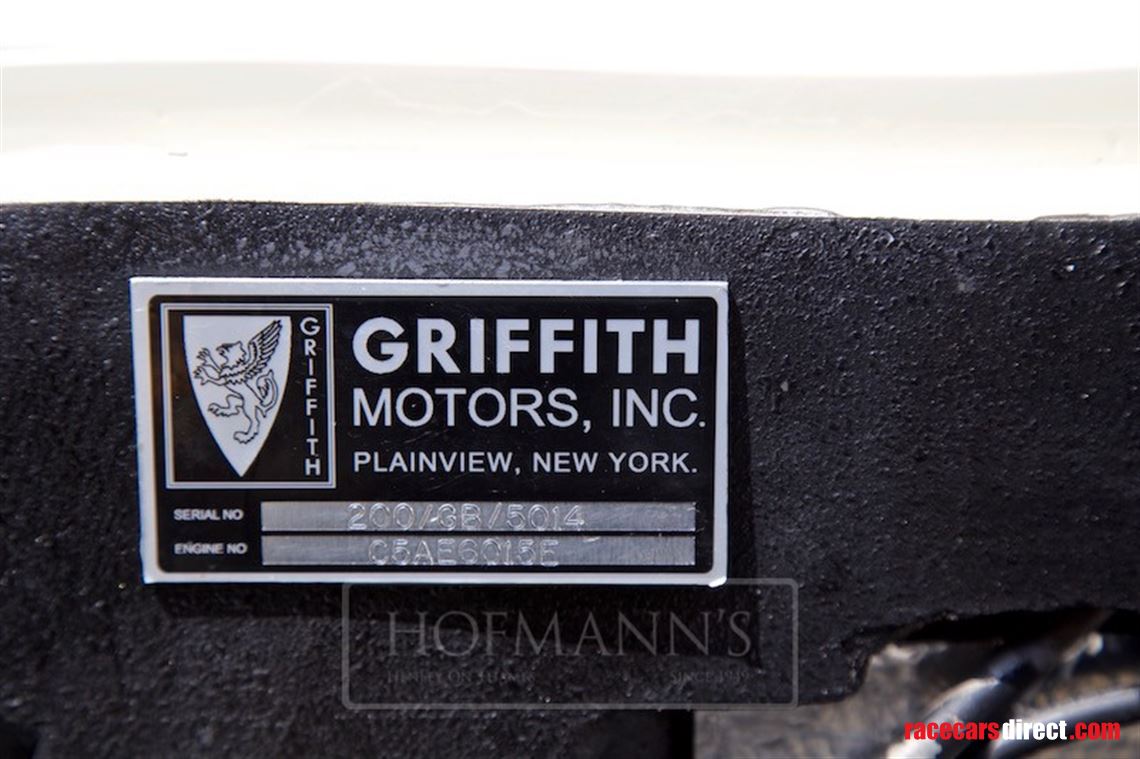 Hofmann’s are very proud to bring to market this beautifully restored and MSA Homologated 1965 TVR Griffith 200, complete with its Buff logbook and bearing a GB chassis number, making this one of the rare Blackpool built 200’s of which 42 are thought to have been produced.

Having undergone a complete restoration, starting in 2007 when historic racing driver, Malcolm ‘Willie’ Green, purchased the car. Firstly the whole car was stripped, the body was modified in the engine bay area to accept over the frame exhaust manifolds along with the floor being strengthened for the seat and seatbelt mounting areas. Next the rear fuel tank area has been reinforced with extended chassis legs, Vertical Dural plate, alloy box and an ATL rubber bag fuel cell. All wishbones and hubs have been replaced with improved and strengthened items and the brake system now incorporates a double master cylinder setup with balance bar. Completely rebuilt gearbox and 3.54 Powerlok differential.

In 2016 Knight racing built a fresh 289 V8 engine to adhere with the current FIA Historic Technical Passport and relevant paperwork that accompanies this special car, and which will enable the car to race in several historic racing championships including the FIA Historic Masters Series which features races at Silverstone, Spa Francorchamps, Monza and the Nurburgring.

With only a handful of TVR 200's produced and even fewer with this history and FIA technical paperwork, this car would give you the eligibility for the Goodwood Revival.

The story of the Griffith is now stuff of legend. Supposedly, or so the story goes, North American racing driver and TVR USA importer Gerry Sagerman was having his personal race car, a MkIII Grantura, fettled in the workshop run by Jack Griffith at the same time as former TVR racer Mark Donohue was having his AC Cobra serviced there. Allegedly, Griffith’s mechanics swapped the engines “because they could” and although the transplant didn’t quite work, Griffith liked the idea. With a lot of help from Blackpool particularly David Hives who redesigned the chassis so the V8 engine would fit, they made it work with a fully engineered version. The original Griffith was born.

In January 1965 the Griffith was launched in the UK at the Racing Car Show at Olympia in London. Although this was a 400 Manx tail shape car it was called a TVR Griffith 200. The UK cars were given a GB chassis number and were sold in Europe, Canada, Australia and of course the UK.

As with all our vehicles the car will go through a comprehensive presales inspection by one of our experienced classic car technicians.

Racetrailer.com is offering for sale a luxurious pump-up race trailer.