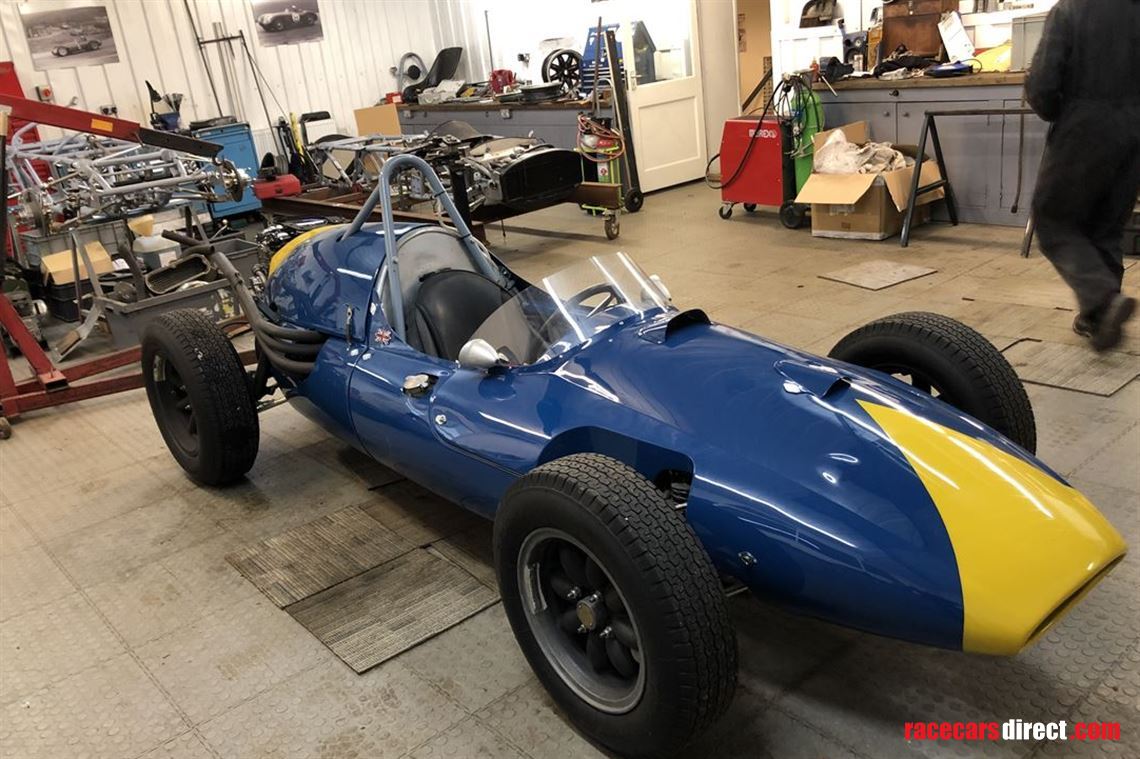 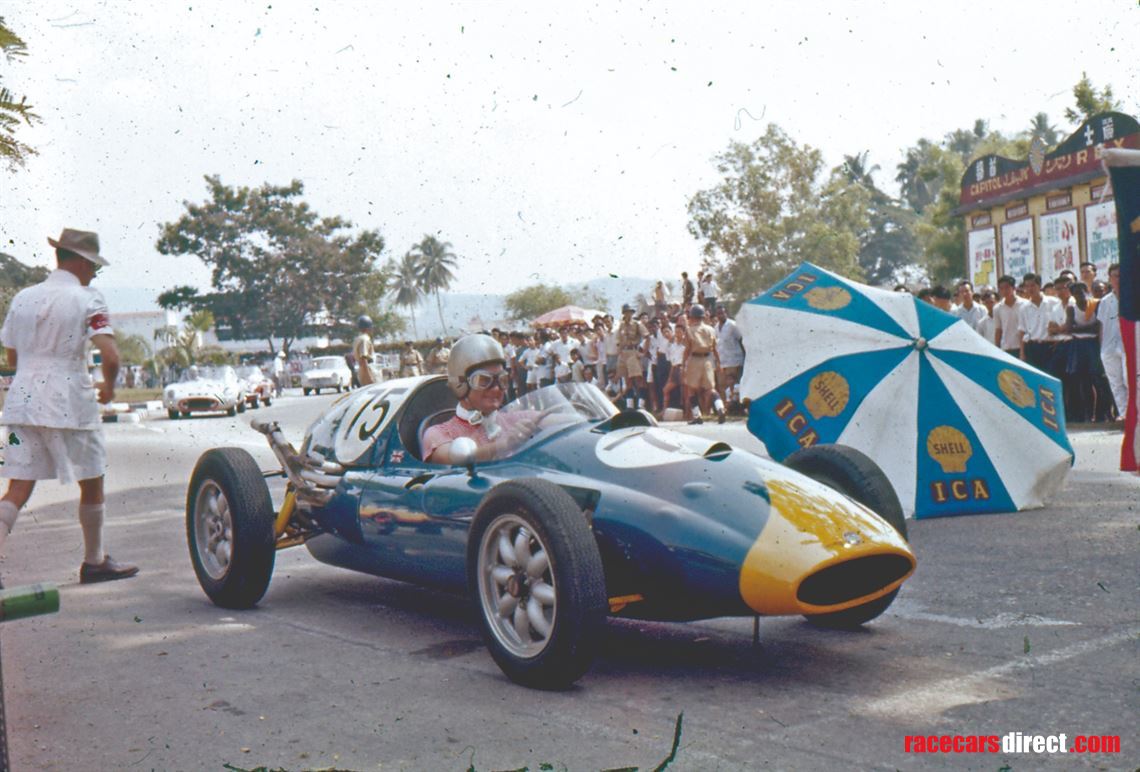 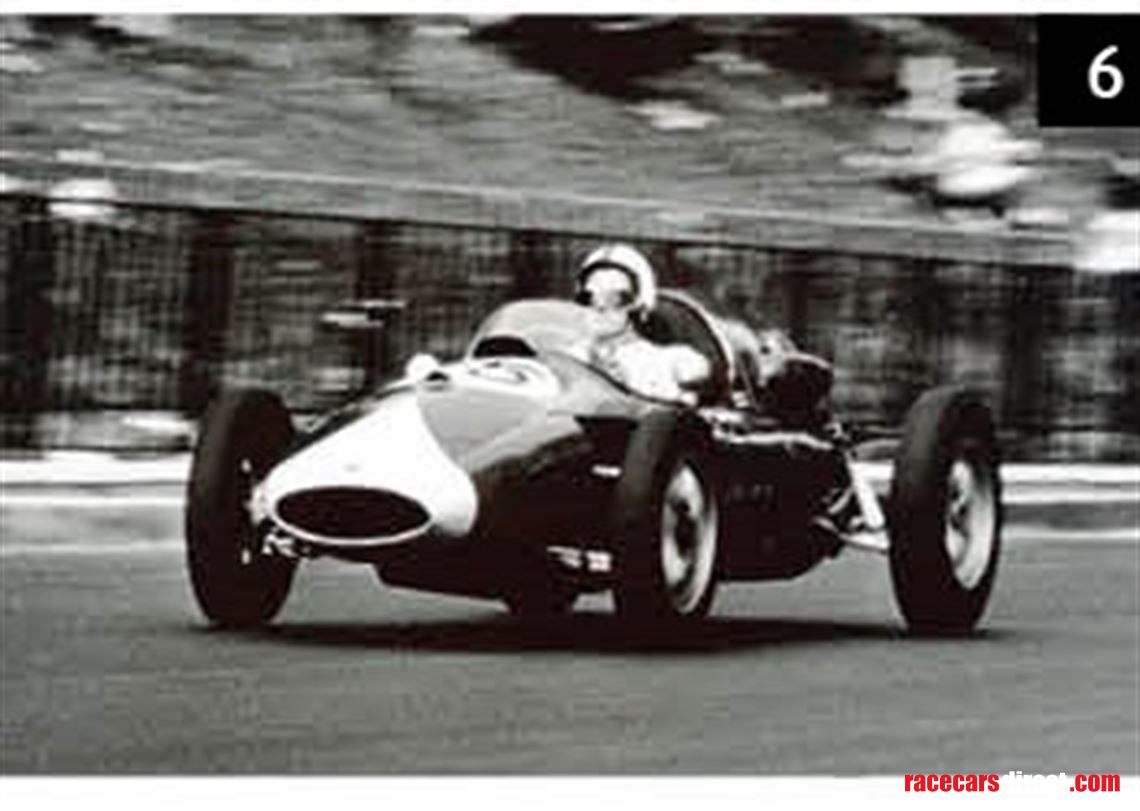 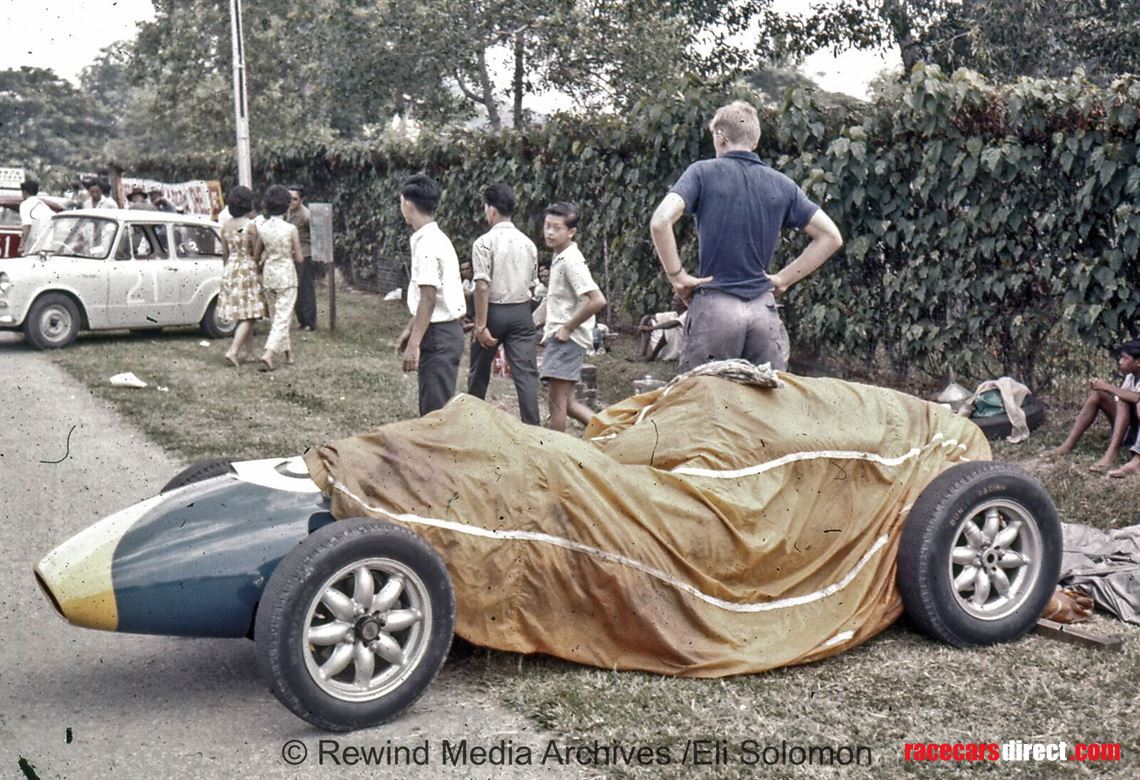 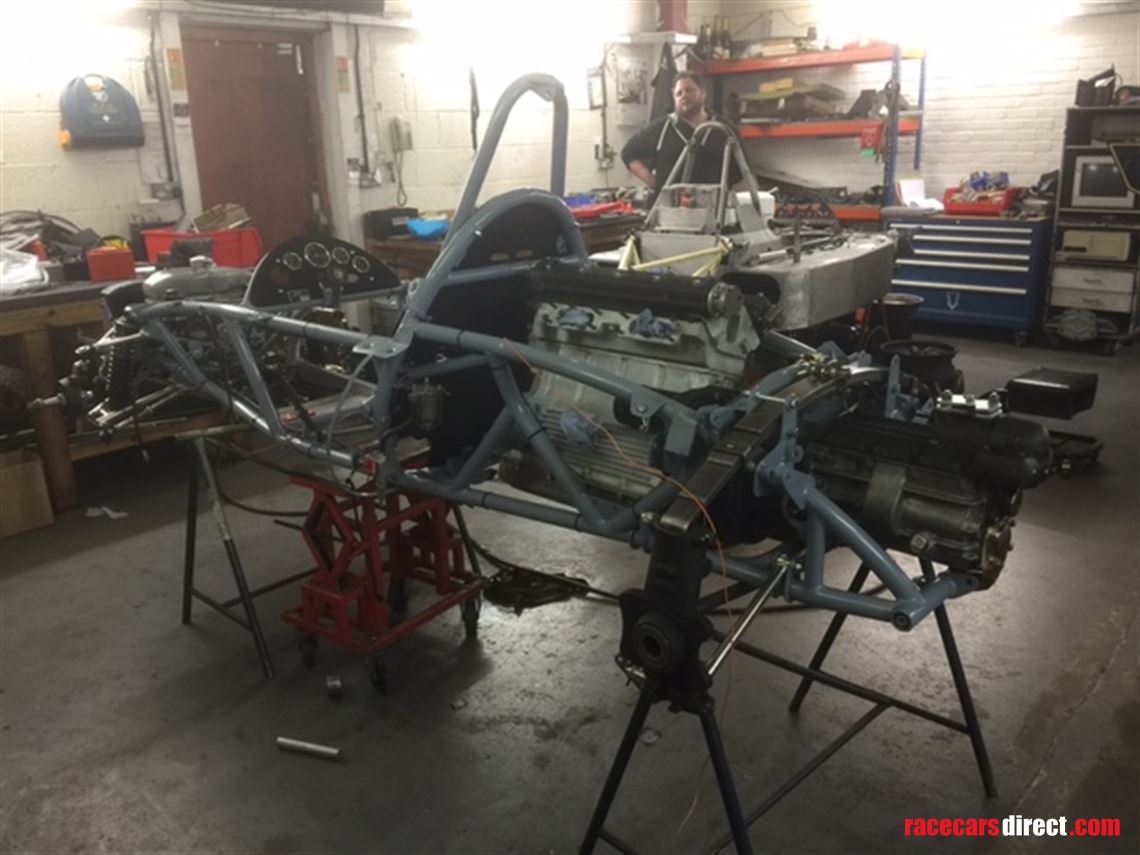 The Cooper T51 was the first rear engined F1 racing car to win the F1 world constructors championship in 1959. It also gave Jack Brabham his first World Drivers Championship, thus earning itself a significant place in motor racing history. This T51 is the 1.5 ltr Coventry Climax version that raced mainly in Asia in the early 60’s until it was repatriated to the UK around 1963, where it was placed into a container until it was discovered 3 years ago. The Cooper was sent directly to Sid Hoole Racing for restoration. The original FPF Coventry Climax engine was rebuilt with a new connecting rods, pistons etc. and the Cooper ERSA gearbox was also given a complete rebuild. The original SU DU6 carbs were also rebuilt and are as new. Because of its extremely short racing life the chassis and suspension components were in perfect undamaged condition and only needed to be crack tested and painted / replated. The bodywork was left untouched and is exactly as it last raced in the 60's. New Extinguisher system and belts were fitted in line with latest regs’. Also for added safety a higher removable roll bar was fitted. With it’s interesting documented history would be a sure invite to many of the leading international Historic race meetings. The Cooper has been fully authenticated by the Cooper Club and entered on to their register. Located at Hawker Racing UK, now repainted the same colours as it raced in the 1961 Singapore GP, FIA/HTP papers have now been applied for and a GB number issued, so clear to race in the HGPCA series. Please contact me for full history and more photos.

Excellent condition, only competed in one or two races, dry stored since, ready to race.

for the Race car, Molds and raw parts