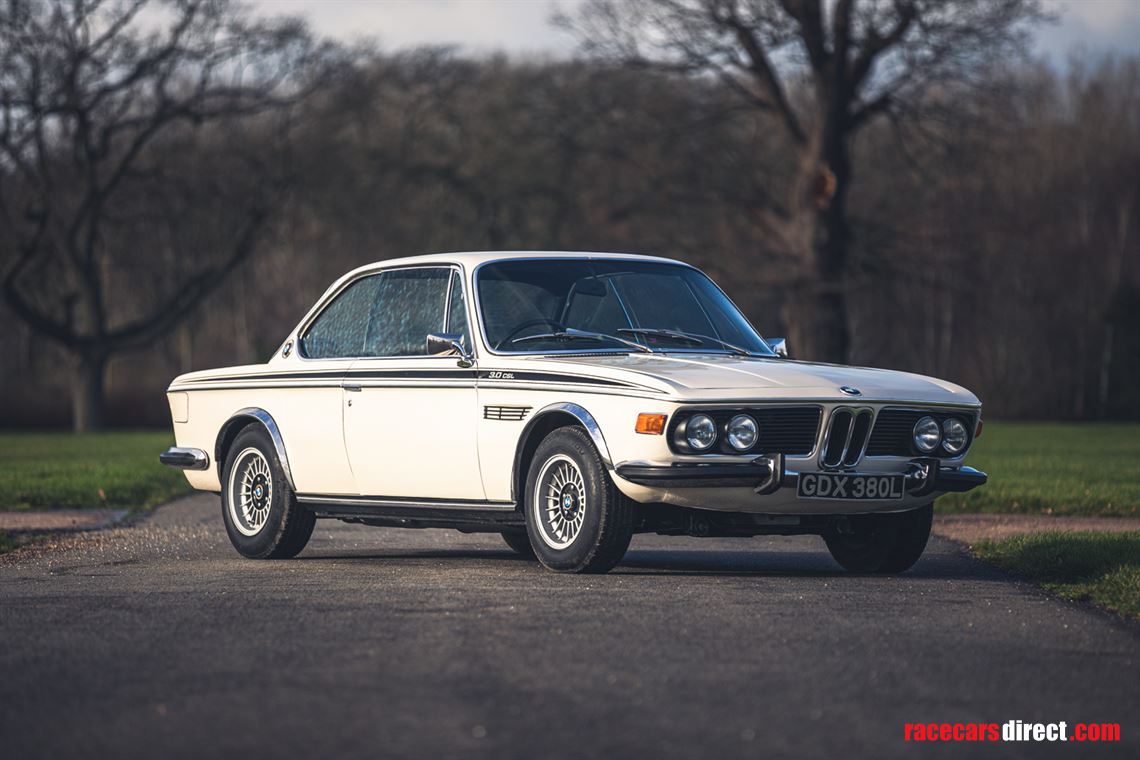 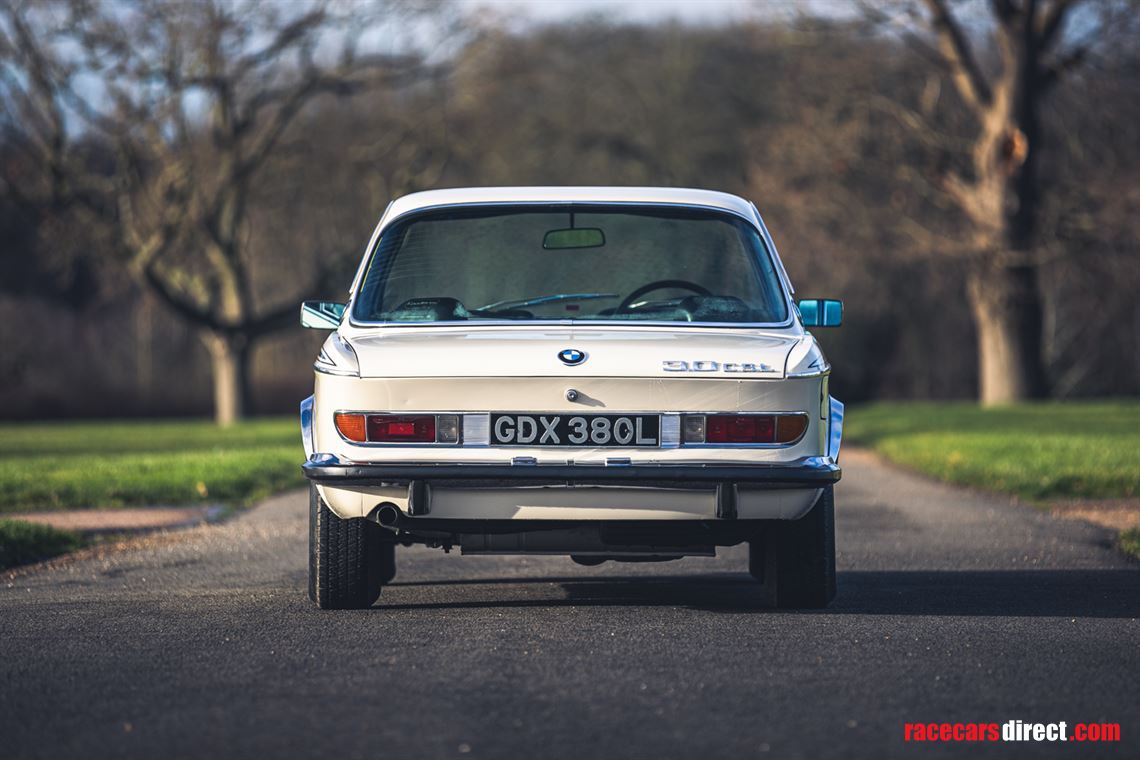 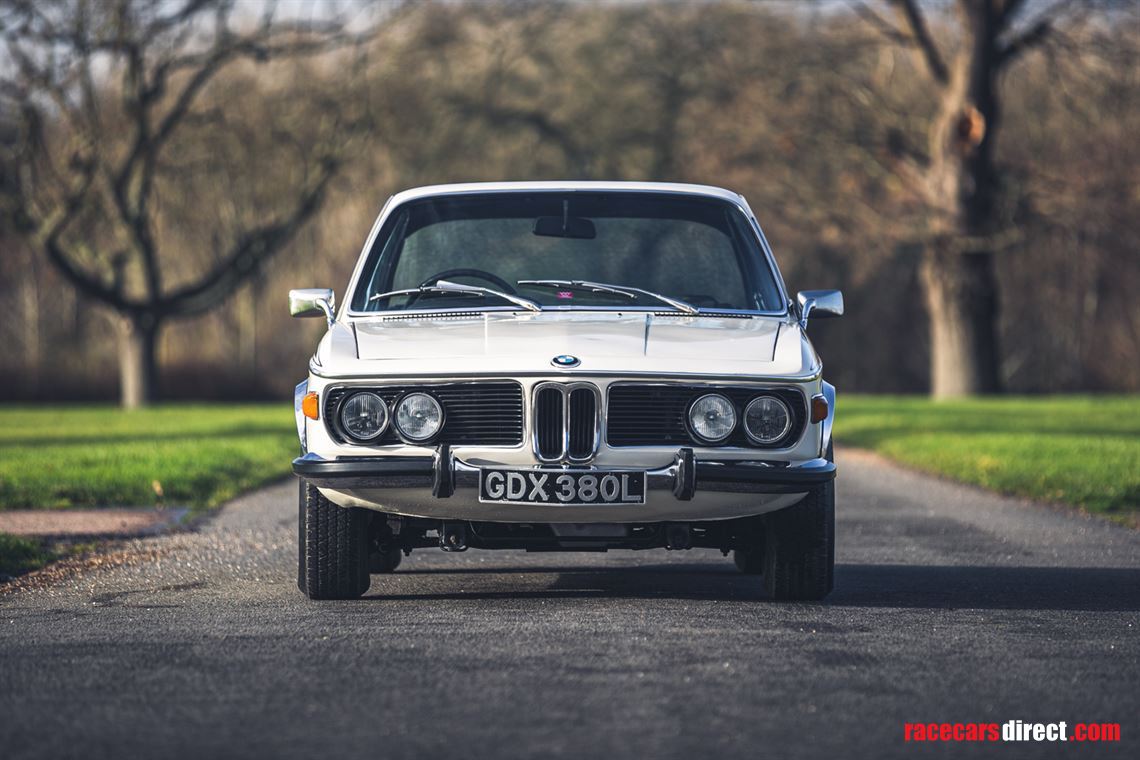 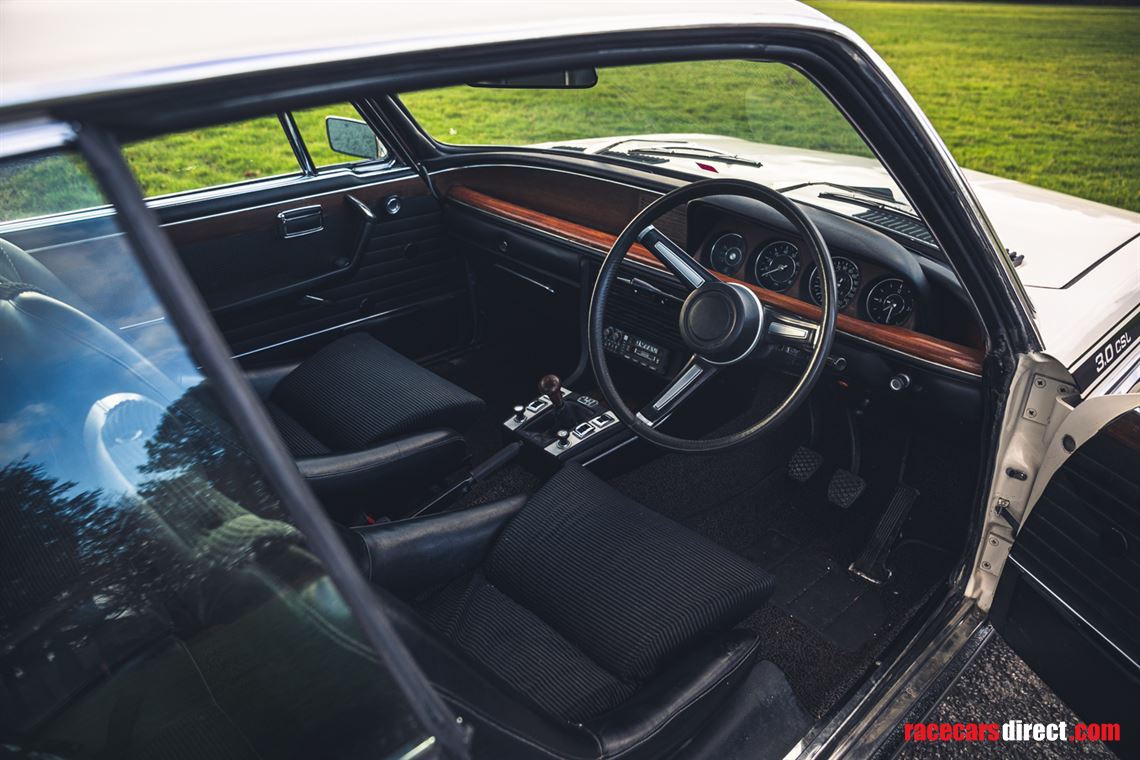 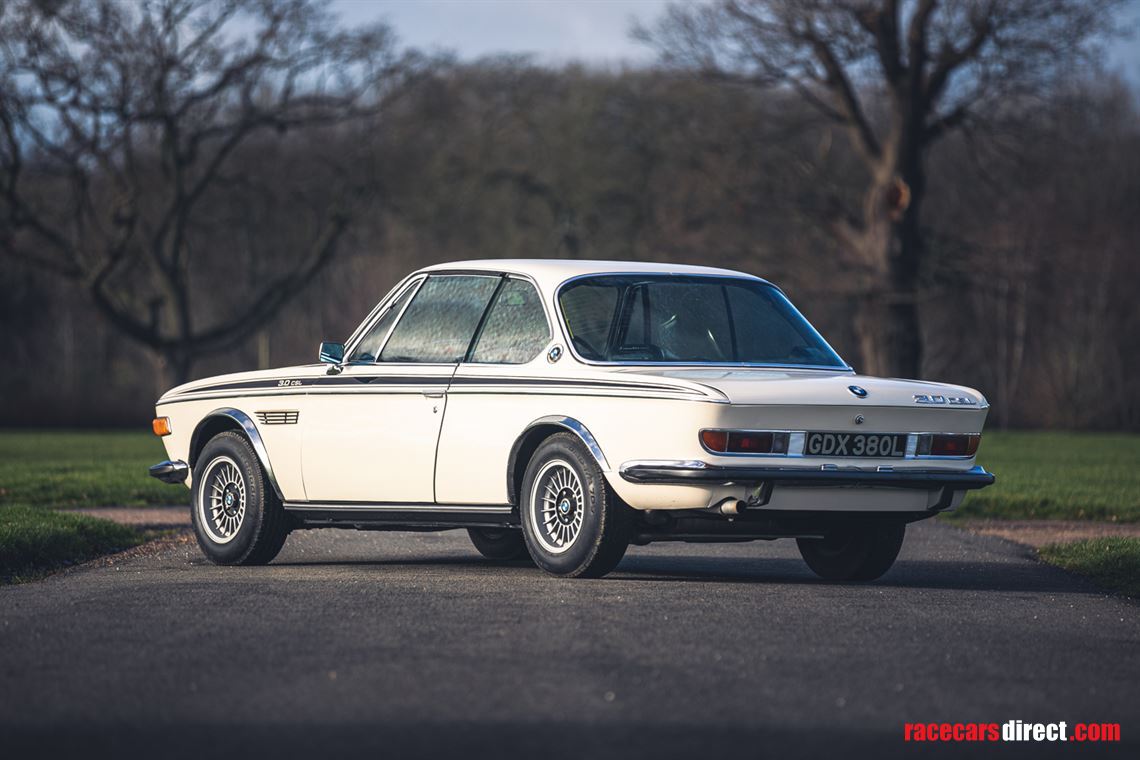 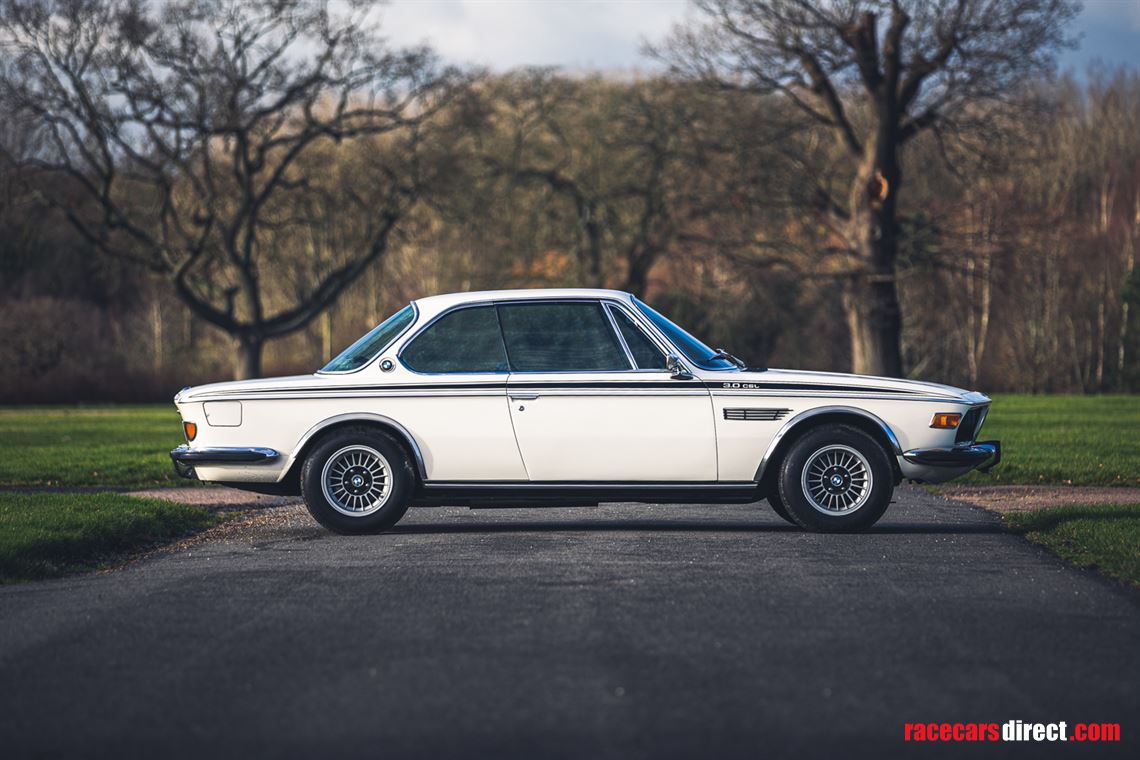 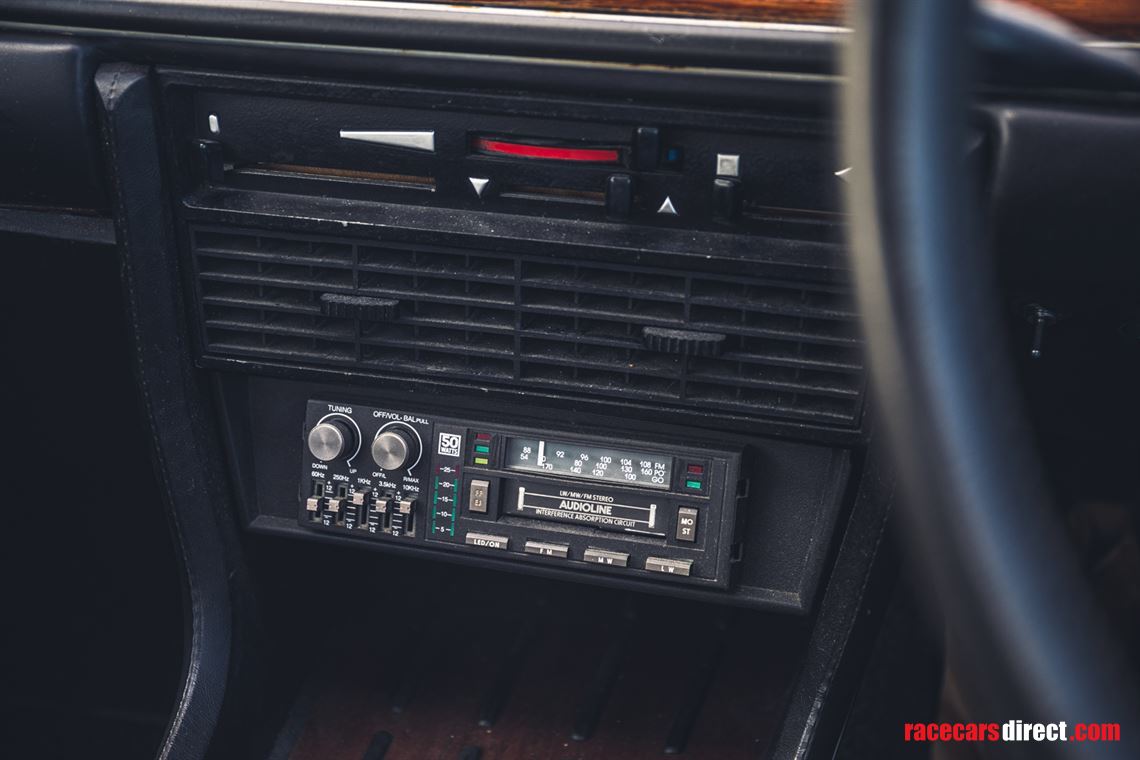 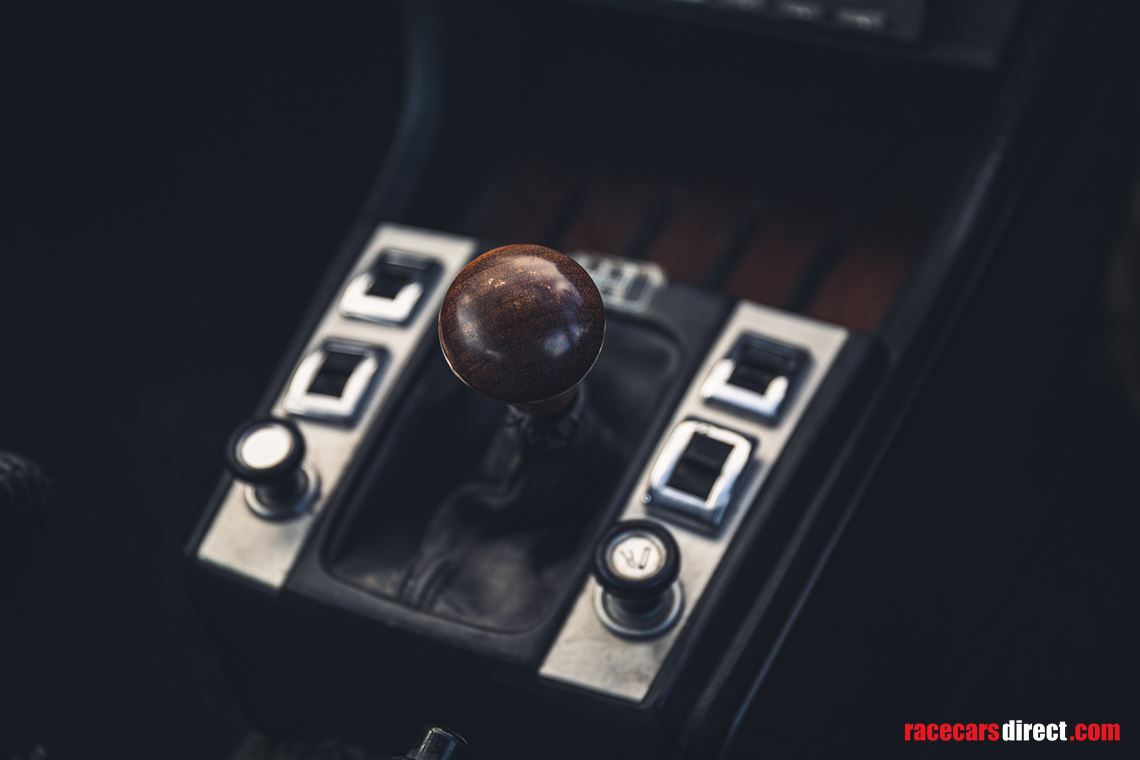 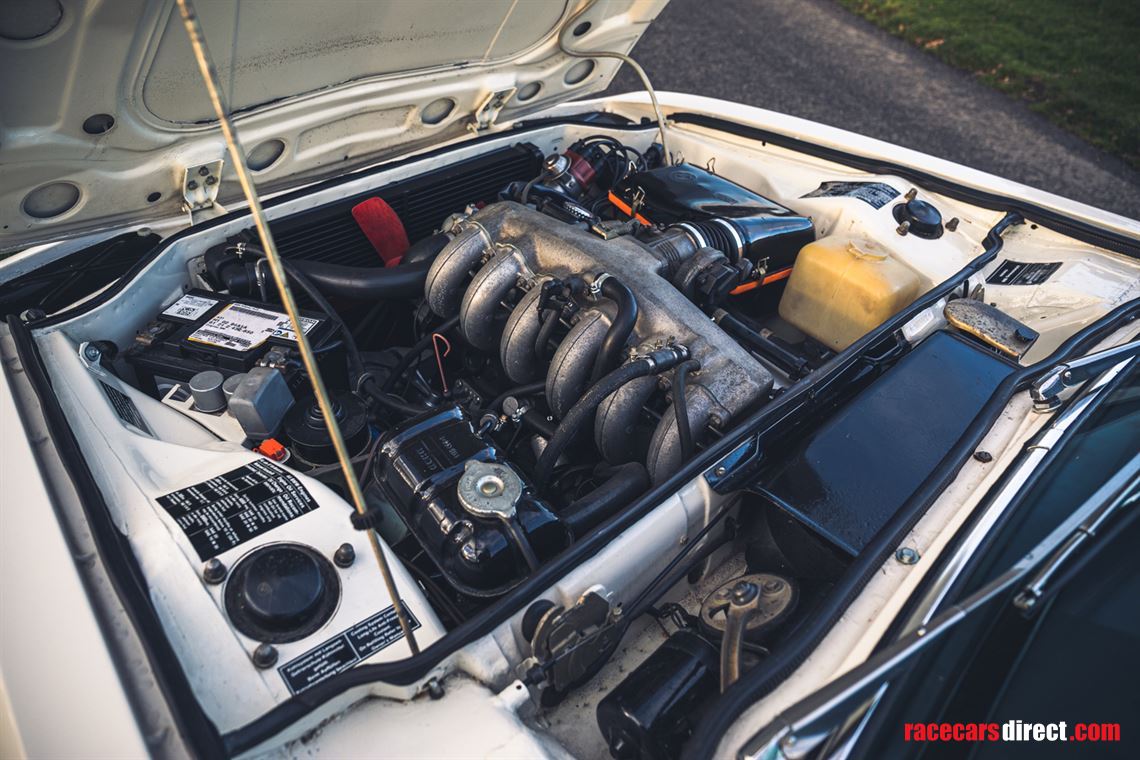 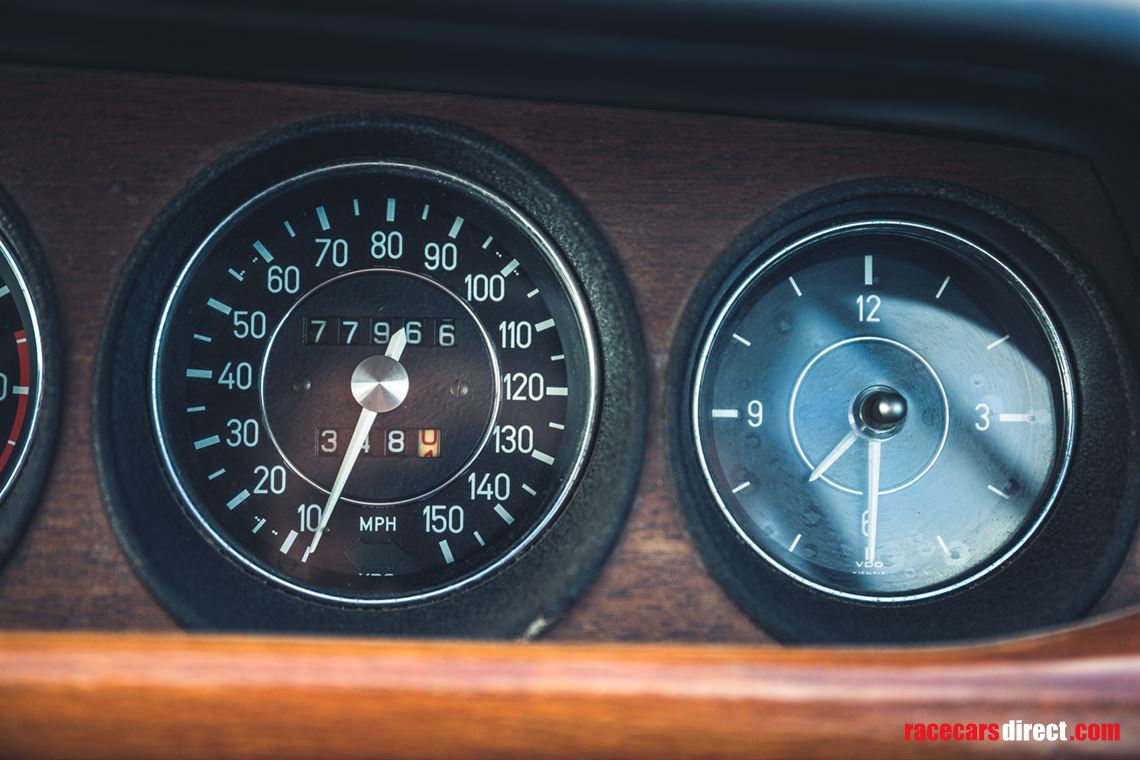 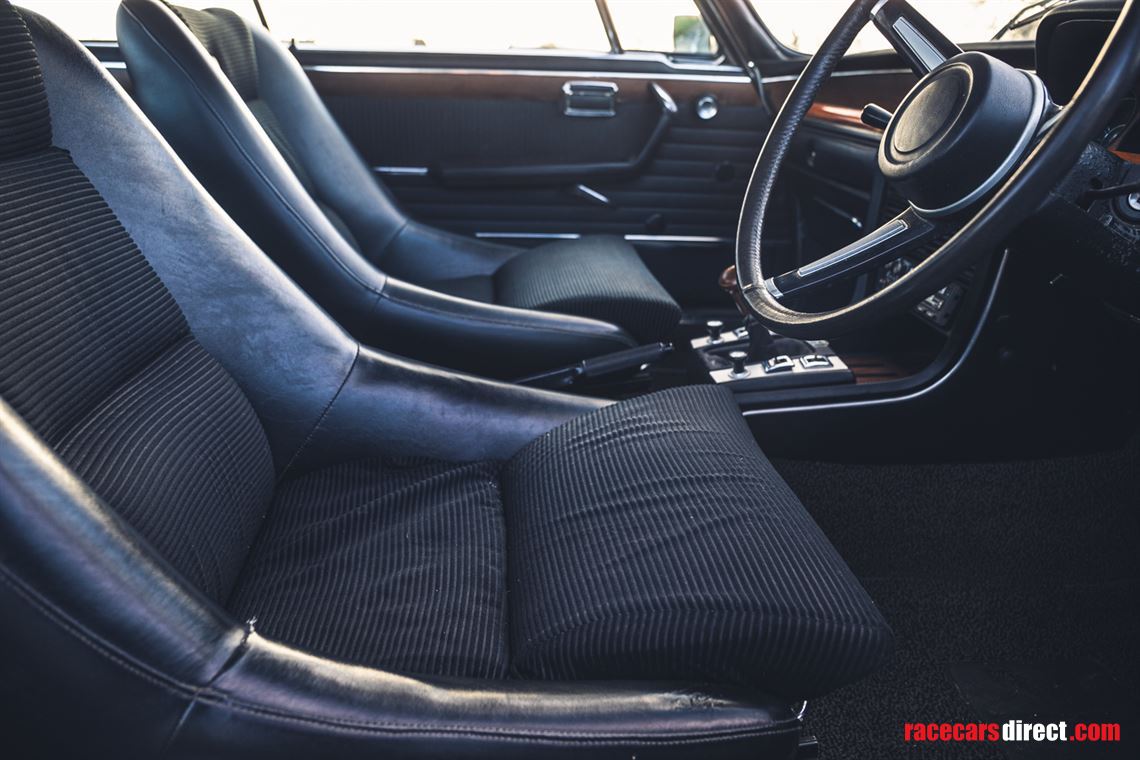 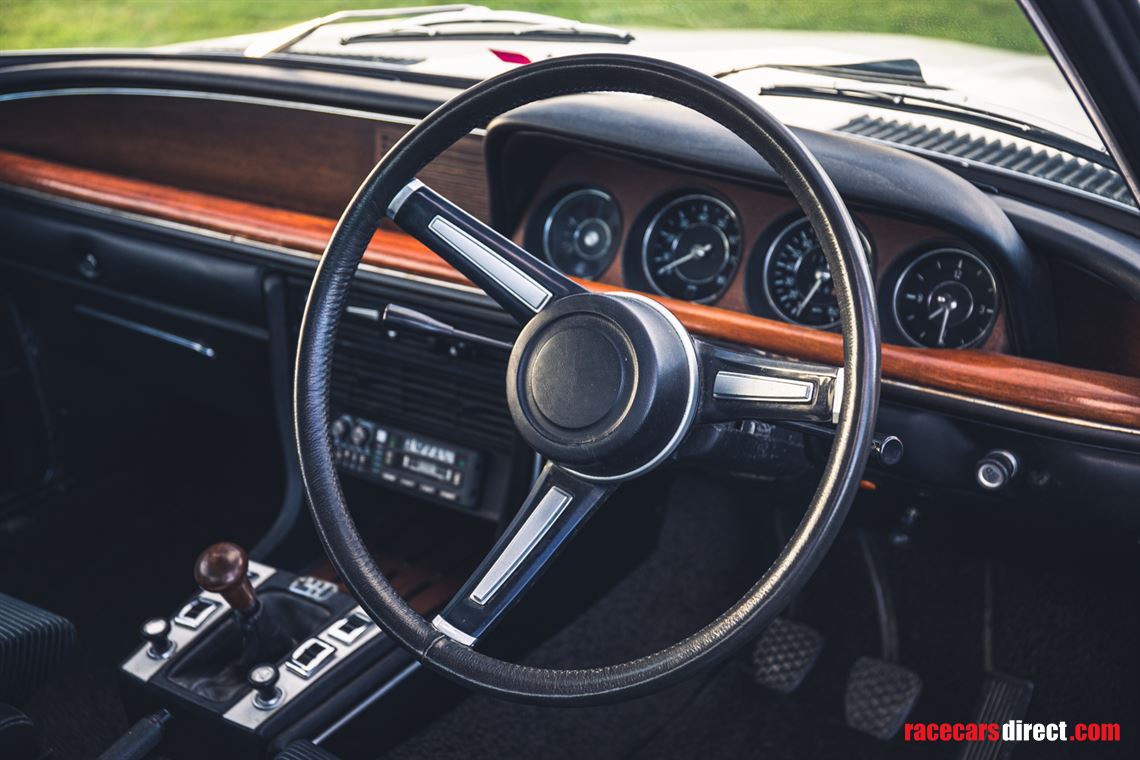 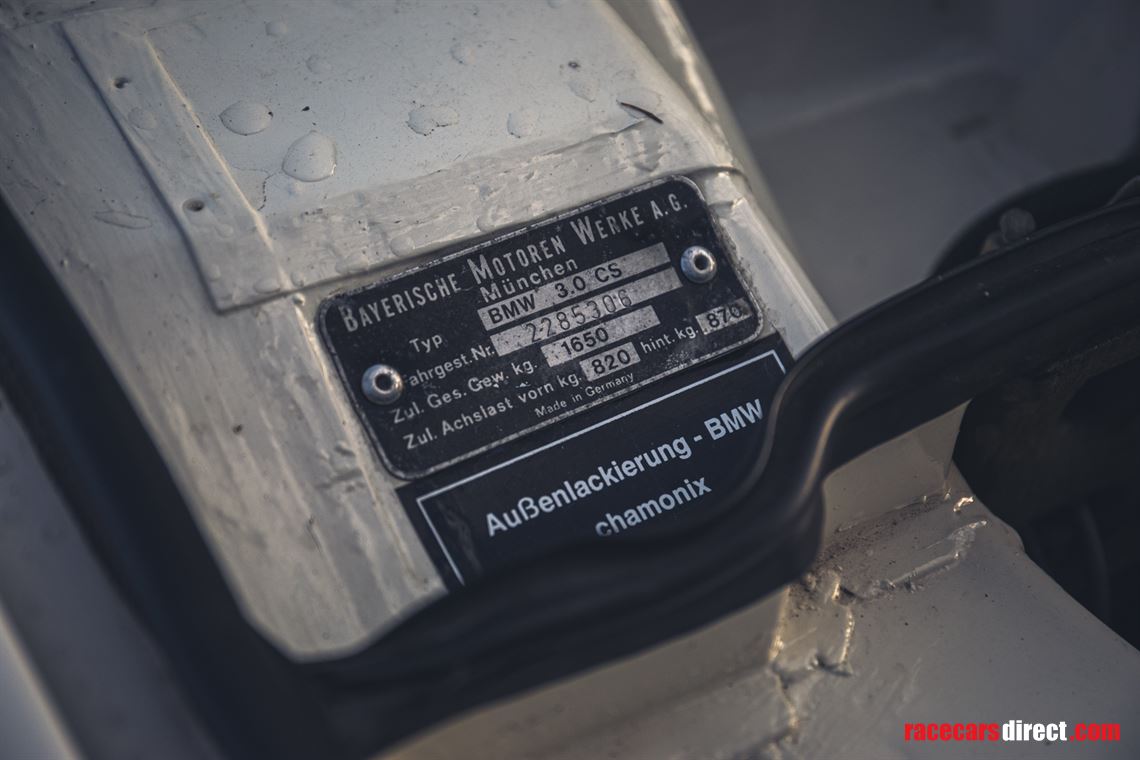 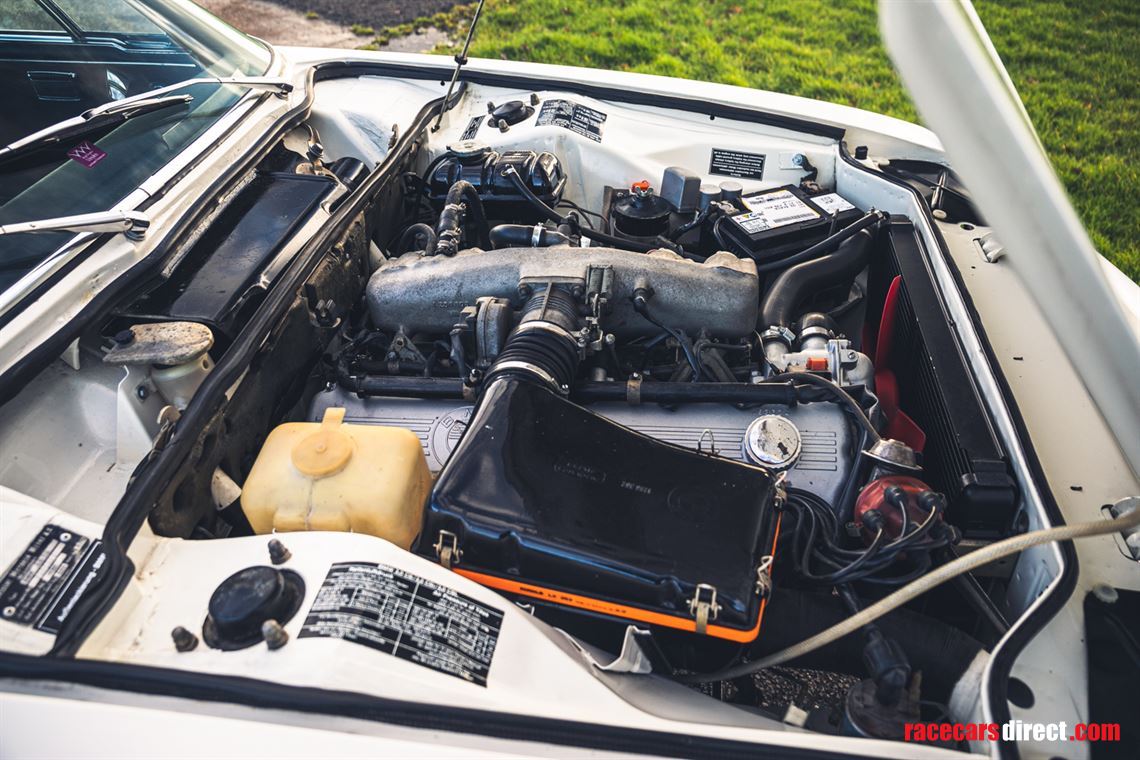 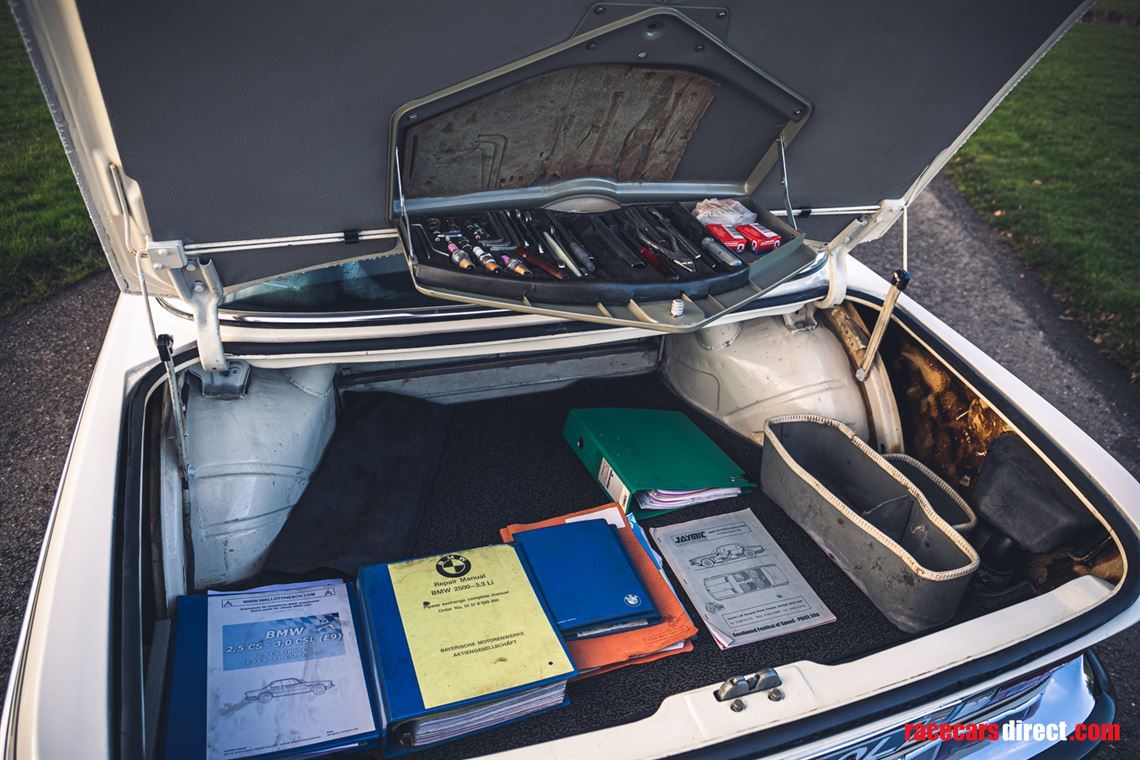 To be offered by Silverstone Auctions on Saturday 27th March. For more information about the car and how to bid please call Lionel Abbott on 07831574381.

Visually indistinguishable from its more 'run of the mill' relations, the CS and CSi, the 3.0 CSL (Coupé Sport Leicht) was creative homologation at its best. Success in motorsport sells cars, and the marketing department's requirements led BMW engineers to develop a limited-production 'homologation special' to meet the constrictive framework of the ‘Group 2’ racing class regulations at the time. By removing the trim and using thinner steel for the main bodyshell; aluminium alloy for the doors, bonnet and, boot lid; and Perspex for the side windows, a valuable 300lbs (136kgs) in weight was saved – 'Leicht' indeed.

Mechanically, these cars were almost identical to the fuel-injected CSi (which meant 200bhp and 140mph plus) but to take it into the over-3litre class, the engines were bored out slightly to 3003cc. Equipped with all-round independent suspension (McPherson strut front/semi-trailing arm rear), disc brakes and responsive steering, it was wonderfully balanced. Very expensive when new (several hundred pounds more than a 2.7 RS 9110 CSLs are now the most highly coveted BMW of the 1970s with a fabulous competition record.

We understand that only1,039 CSLs were built in total with 500 of these finished in right-hand drive for BMW UK. Offered here is number 306 ( #2285306) of the 500 cars built for the UK. It has been enjoyed by only three owners and the first two were father and son. Finished in Chamonix White with a black interior, it was supplied new by BMW Park Lane in Mayfair to its first owner, a Mr. Knight of Bury St. Edmunds. In 1984, it was passed on to his son Jeremy who, in the early nineties, instructed Ron Davis of Bacton Suffolk to fully restore the car. He used his sparkling CSL for many years before eventually asking Munich Legends to offer it for sale and it was purchased by our vendor from there in 1996. He immediately commissioned a full rebuild of the engine and running gear and he used the car regularly until 2005 when it was stored in its dehumidified cocoon. At the beginning of 2020 he decided to recommission the car and fitted a new radiator, three new injectors and went through the fuelling system including refurbishing the tank. In addition, a new clutch slave cylinder was fitted, the gearbox and differential were drained and refilled, new anti-roll bar bushes were fitted front and rear, the brakes were overhauled including some new pipes and servos/cylinders and some remedial paintwork was carried out to boot lid and doors.

The current indicated mileage is 79,900, it dates from 1973 so is MOT/TAX exempt and comes with its original service book.

On offer from caring private ownership and guided very sensibly, considering recent results for similar cars, this is a rare opportunity to acquire a low ownership, low mileage classic seventies 'homologation special'. Highly sought after around the world, we recommend a personal inspection of this classic BMW.