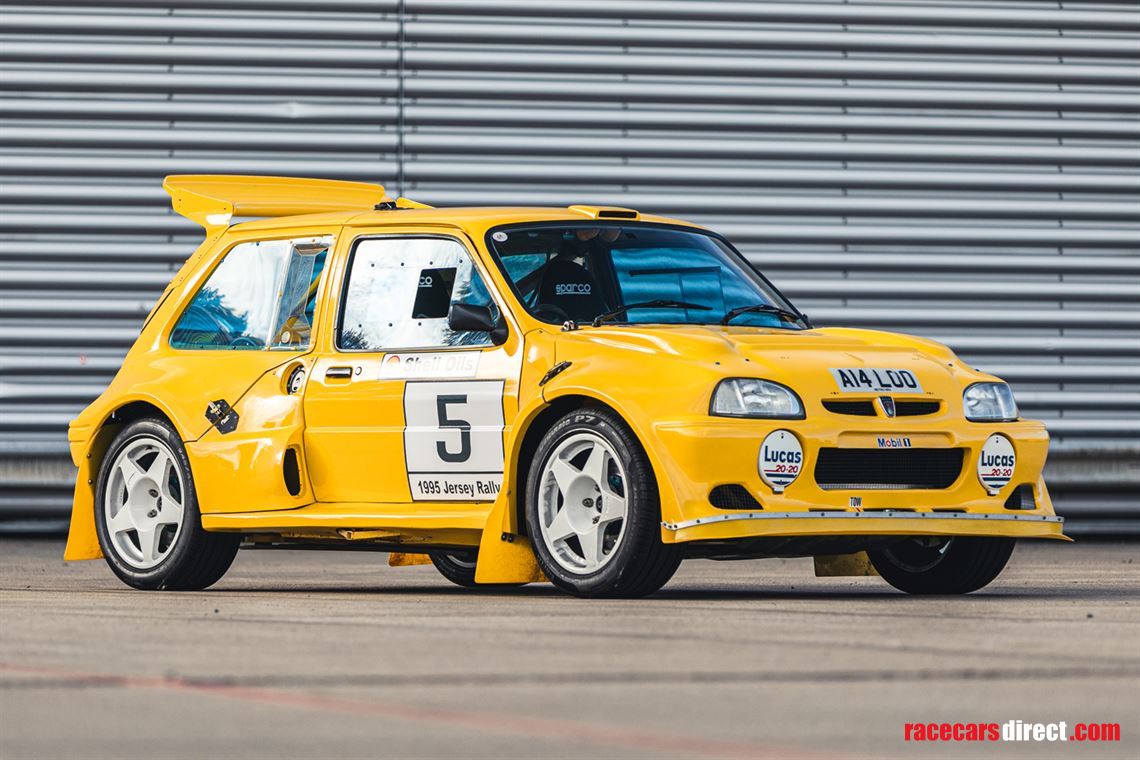 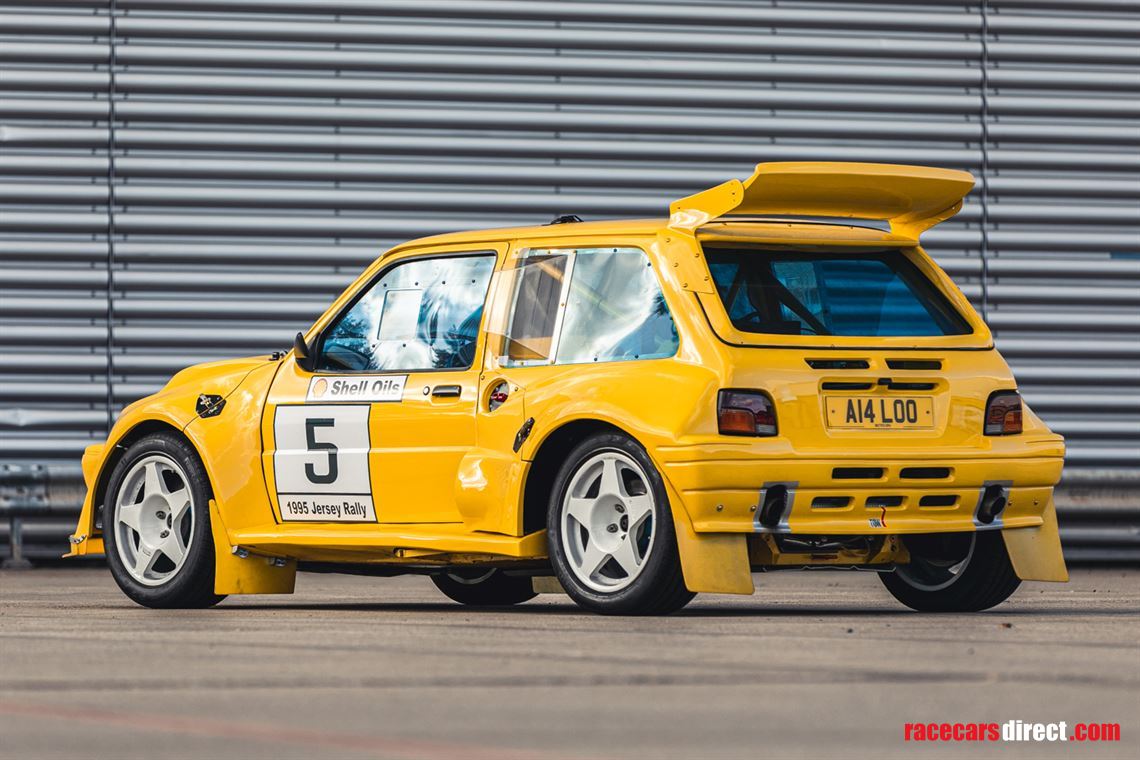 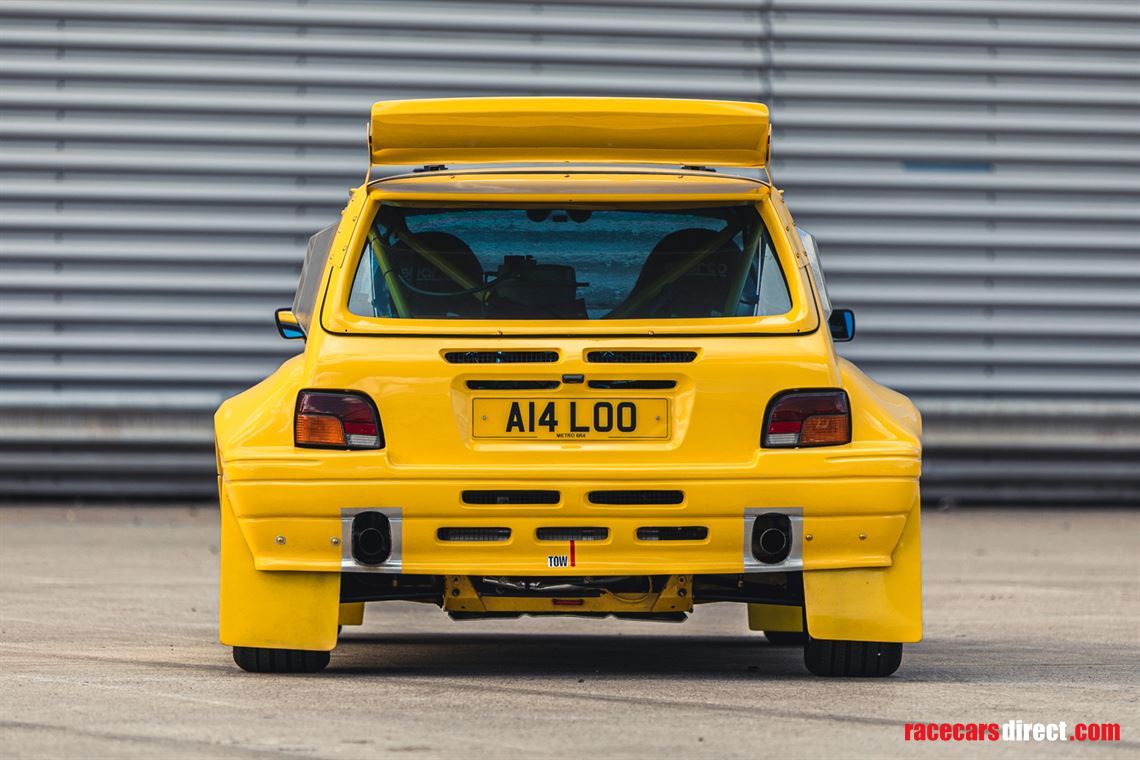 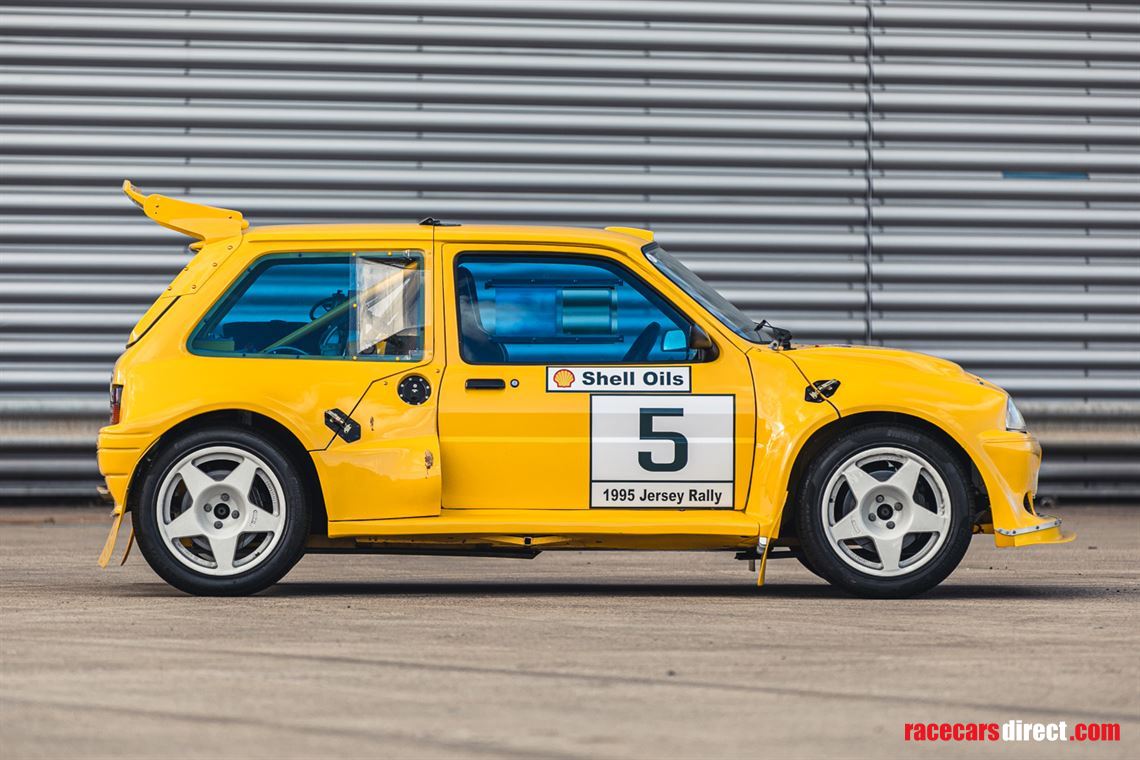 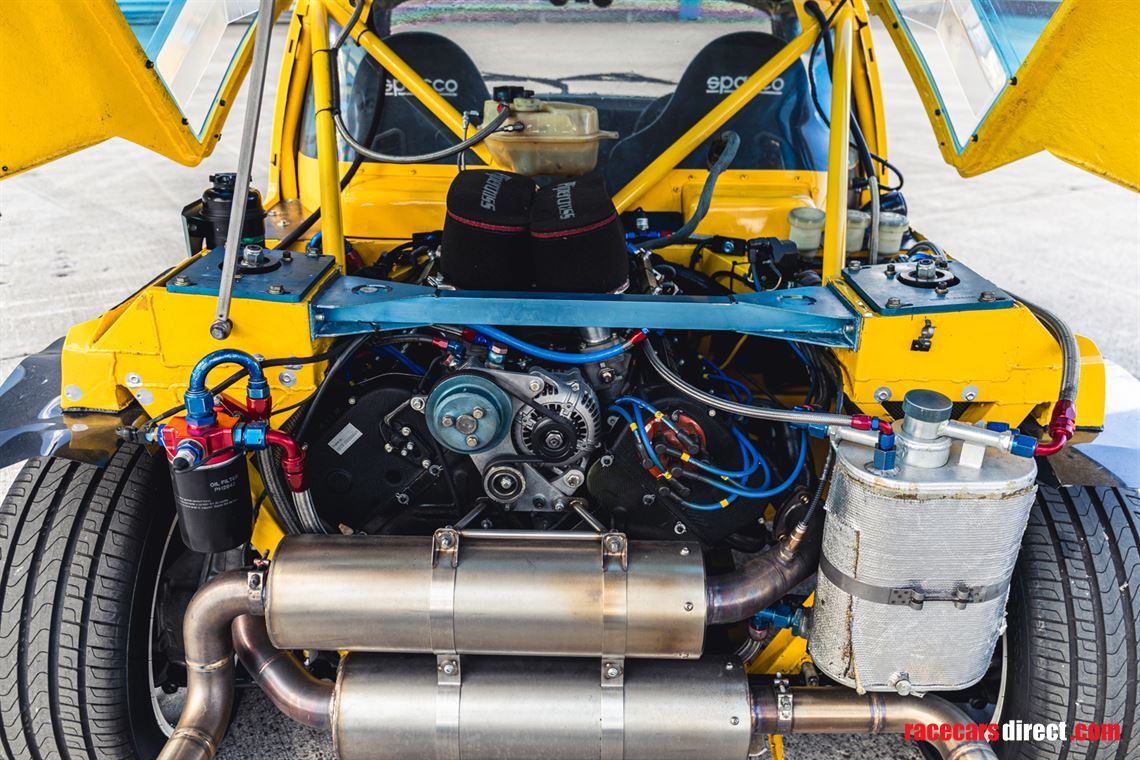 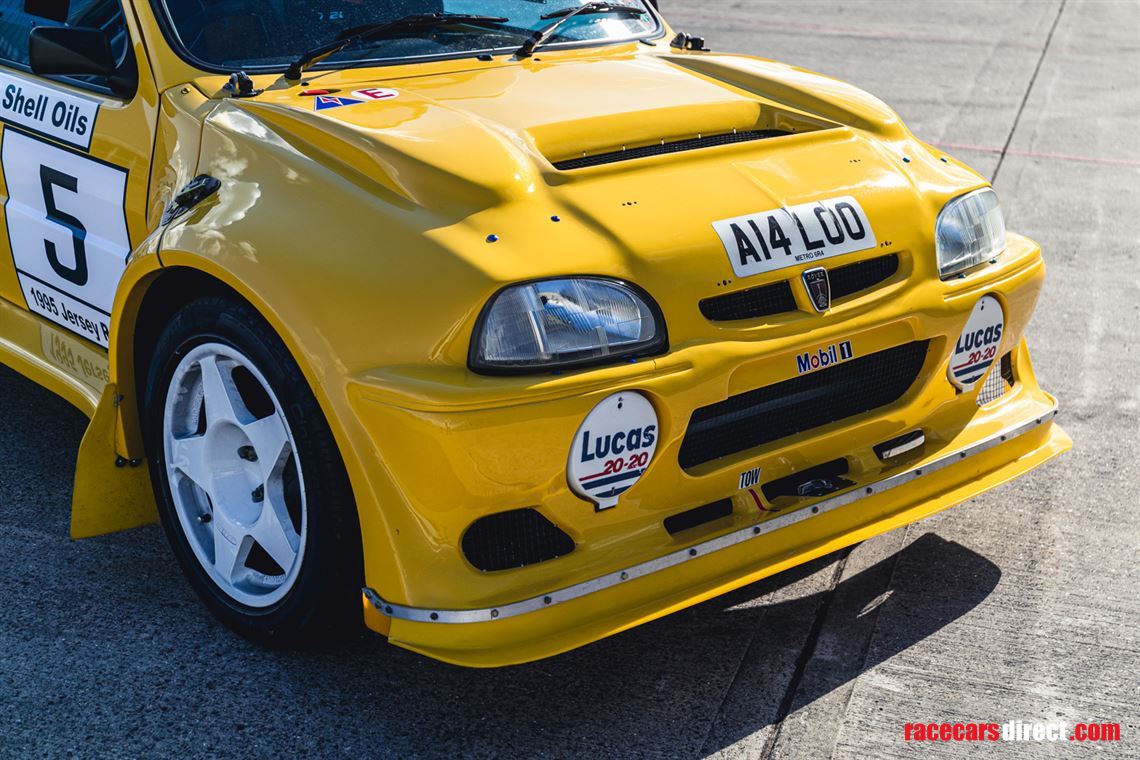 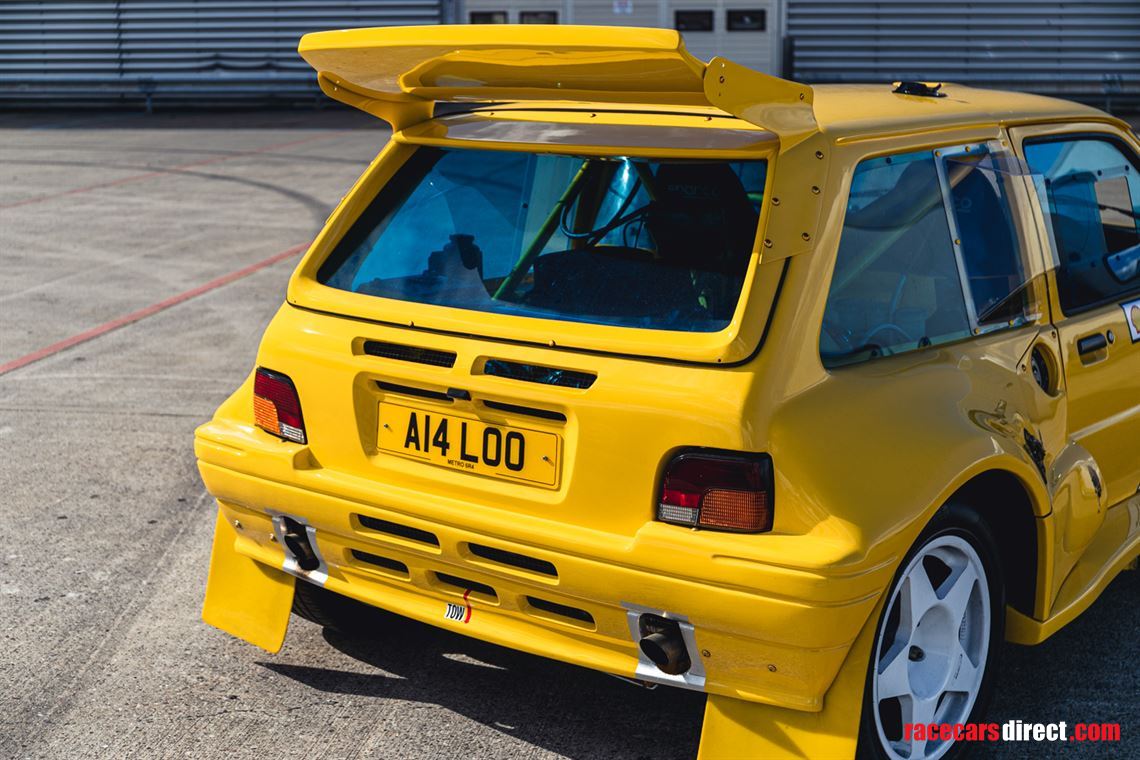 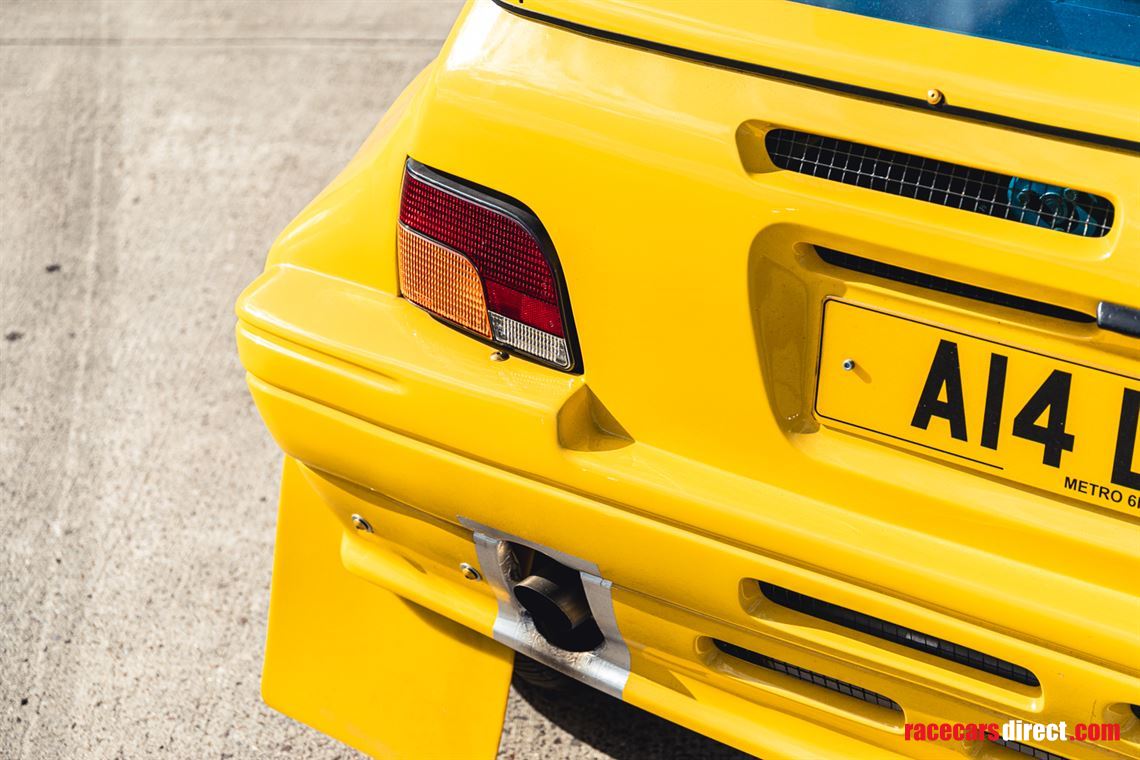 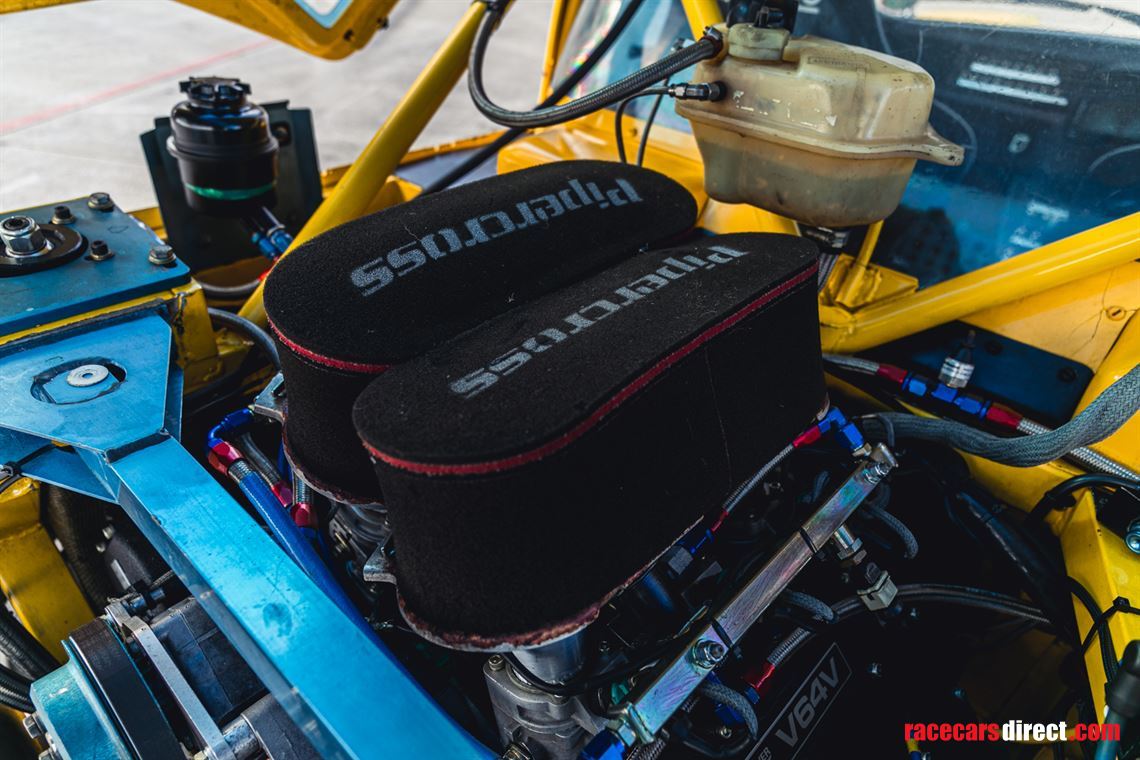 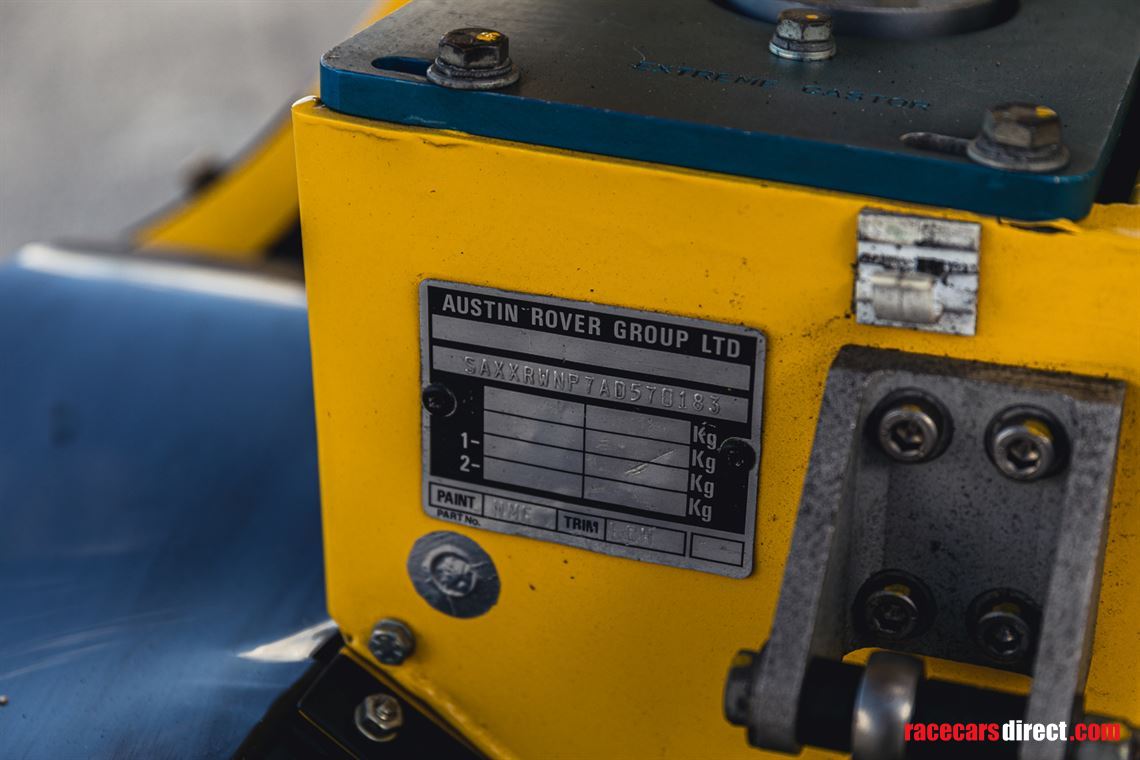 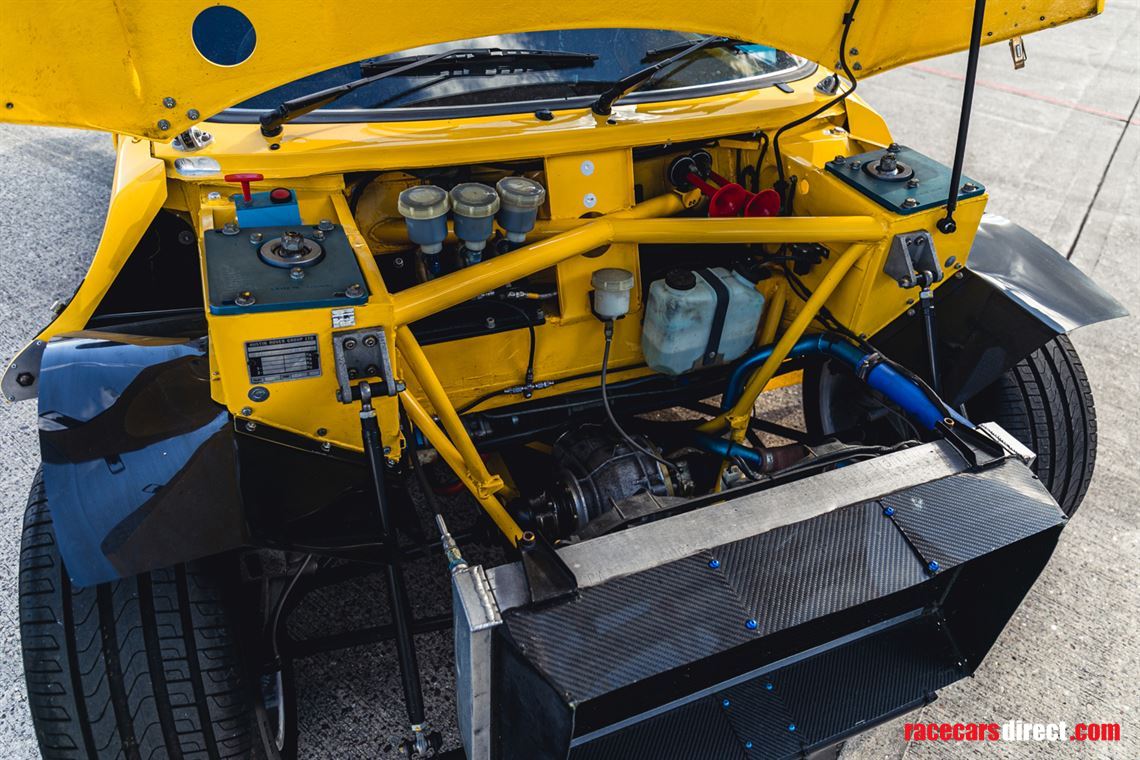 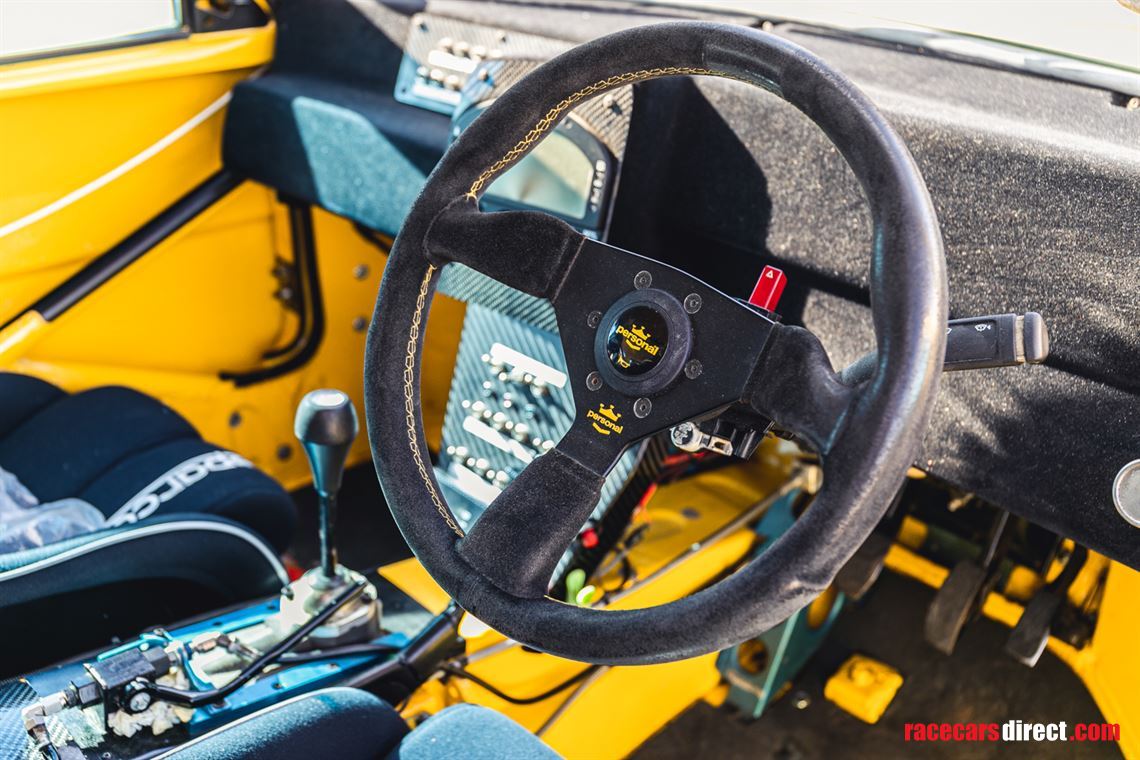 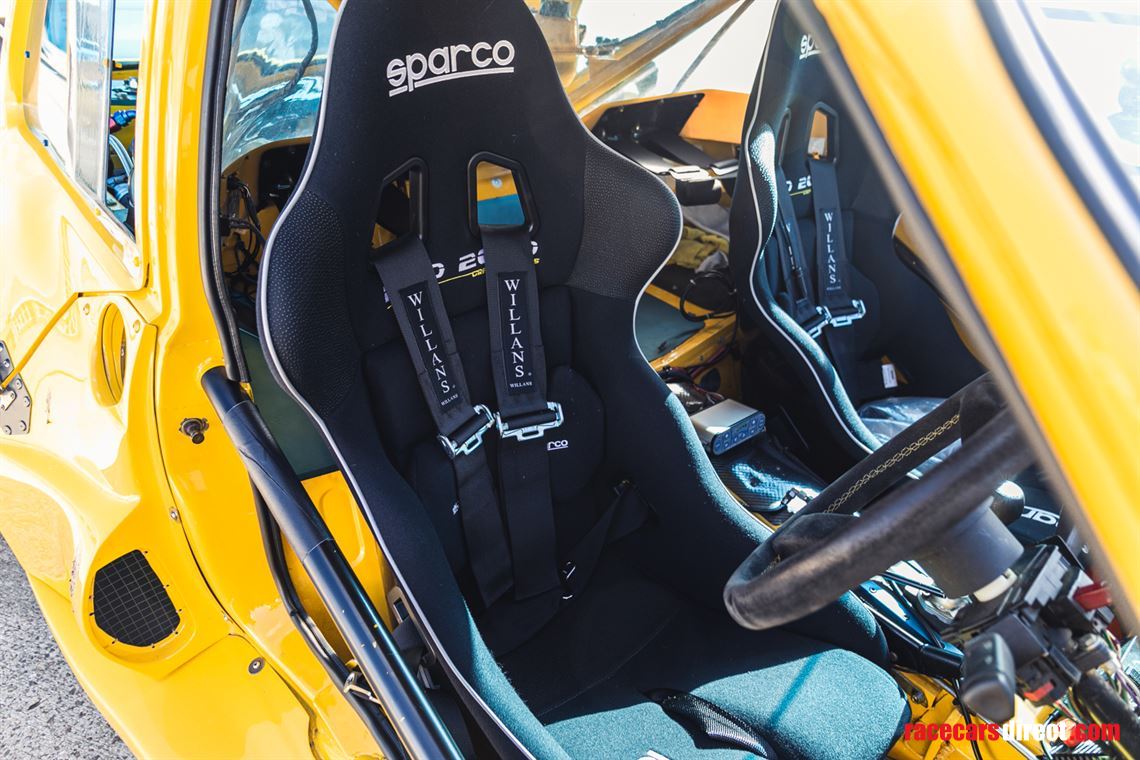 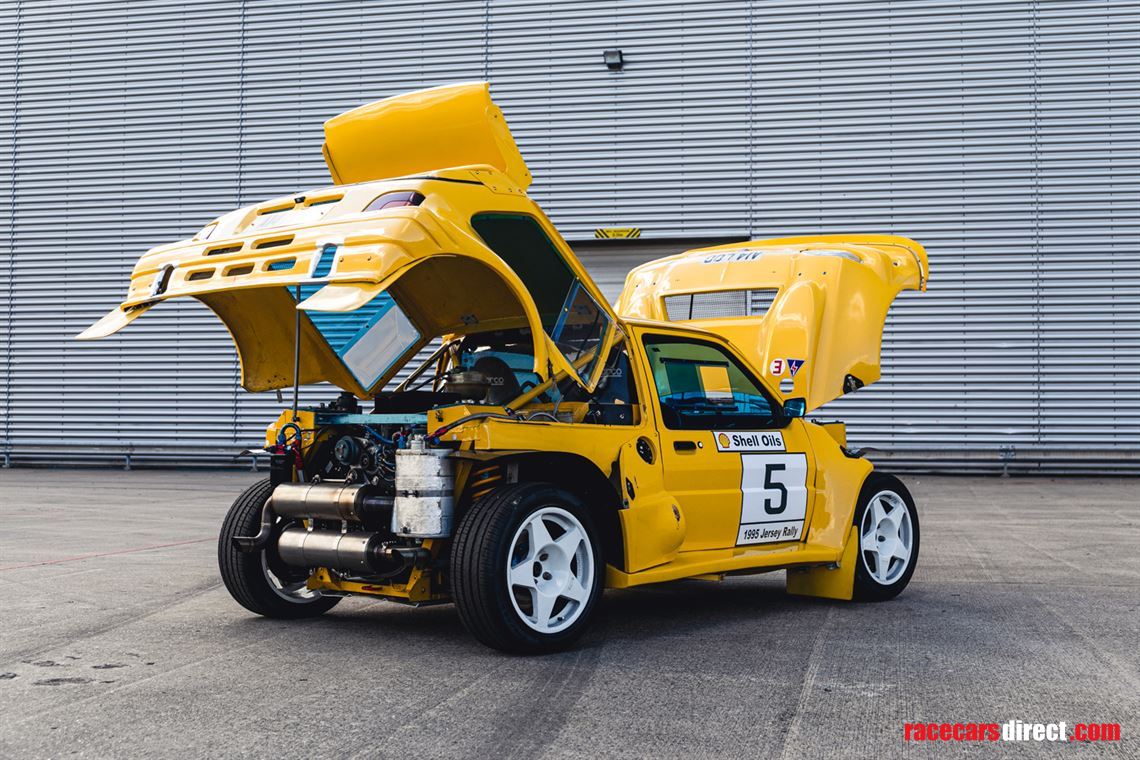 David Appleby has been involved in rallying since the early '80s, and it wasn't long before his enthusiasm for the sport and immaculate engineering skills led to him being offered the chance to work for Austin Rover Motorsport in 1985 and 1986 tending to the works MG Metro 6R4s driven by Tony Pond and Malcolm Wilson. He built up an extensive knowledge of the 6R4 and when it was obvious that they were reaching the end of their useful life at International level in early 1987, he decided to set up in business with Tony Pond building and preparing the legion of 'Clubman' 6R4s that were enjoying life at club level and in Rallycross. Unfortunately, this “pairing” did not last very long but the concept of modifying the 10 or so Clubman’s 6R4s that the pair had bought from Austin Rover into the DAM/TPR 4100 was born out of their experience in building and driving extreme rally cars.

David was highly involved in building, preparing and selling Metro 6R4s for a number of years but always felt that he could have done a better job with the 6R4 and felt that improved aerodynamics, as well as ease of servicing, would be helpful.

So, bravely, he 'bit the bullet' and started to create what was to become the DAM 4100. From the initial designs to the car seeing the light of day at the beginning of 1995 took almost three years, but David had to fit the new car around existing clients' cars. He said, “The old Metro 6R4 shape was very dated, and I think that what I've produced is something like the Group B cars would be looking like today." The new bodywork is Kevlar with easy-remove front and rear panels which flip-up for servicing.

A14 LOO was the first prototype designed by Tony and David and was constructed as a standard wheelbase car from Clubman’s Chassis #183, unfortunately, consigned to the back of the workshop after their acrimonious split. David and Erica told us that they have fond memories (and lots of photos) of the “Yellow Peril” under wraps in their garage with the children in and out of it. A14 LOO was their own personal car and would always be so.

As a business, David continued with the design and manufacture of the longer wheelbase car, of which it is understood 5 were completed, but he owned and so kept his favourite, A14 LOO, which retains the original standard wheelbase of the 6R4, making this car very straight forward to convert back if desired.

The engines used were a 2.5-litre version of the V64V developed from the Cosworth DFV for the 6R4s by Cosworth guru Dave Wood. Well fettled with a 6 butterfly injection system, these power units could produce up to 275hp at 10,250 rpm and 225ft/lb at 8500 rpm. Power is fed via a twin-plate AP clutch via a set of drop-gears to facilitate easy ratio changes. The full dog-engagement gearbox feeds through a centre differential to all front and rear Salisbury-type LSDs. Brakes are aluminium AP 4-pot calipers, 12.1.1 Discs and carbon-metallic pads.

After retiring the car on its first 2 rallies, it was a case of third time lucky as David won the 1995 Solent Stages in convincing fashion. He went on to win the Jersey 95 outright, the livery that the car sports today. Even though there was only a small number of DAM4100s made, they did win a number of rallies over the years.

There are only a few genuine DAM4100s around and these distinctive cars are a seriously impressive piece of engineering and play a very important part in the history of the Metro 6R4. David’s engineering knowledge, his incredible attention to detail and his standards of preparation and finish would put many factory-built rally cars to shame.

A14 LOO comes to the market in stunning condition. In 2015, David collected the car himself and took it to his works where he, and his staff, carried out an overhaul lasting many months. The car benefitted from a complete renovation as and where required, including new fuel tanks, pumps and filters, new seats, new fire system, new pads, and a custom stainless steel exhaust.

In 2018, following a niggling oil leak, the engine was taken to his long-term V64V engine partner and guru - Pete Goodman. Pete personally carried out a complete and total rebuild of every part and the finished article was Dyno-tested at David’s works before refitting back into the car. This engine work, including the new exhaust, cost over £18k plus VAT. It has only run for five or six hours since, all at charity events or demonstrations. Offered with a good history file and all bills and receipts ~ unsold in our previous auction at a guide of £150,000 to £170,000 ~ it is now offered as a No Reserve lot and is in immaculate condition.

Additionally the car has been inspected by Dansport of Chesterfield during the Christmas/New Year period and they are happy to discuss and give an accurate and current appraisal of the car. As part of this assessment in January 2021 Dansport fitted 6 new spark plugs, 6 new fuel injectors, new starter motor, new brake cylinder and went through the car top to bottom to make sure it is on the button ready to go.  There is a bill for £4,895 on file for this work, which includes a fresh MOT.

It is now ready to use in any Group B demonstration event, including 'Slowly Sideways' and similar clubs as well as sprints, hill climbs, rally cross and all non FIA international events such as Rally Mallorca.  As one of only 200 Metro 6R4 competition rally cars ever built it also represents a rare chance to own an iconic Group B car with important and unique history.

This is the fastest MG Metro 6R4 in the world.