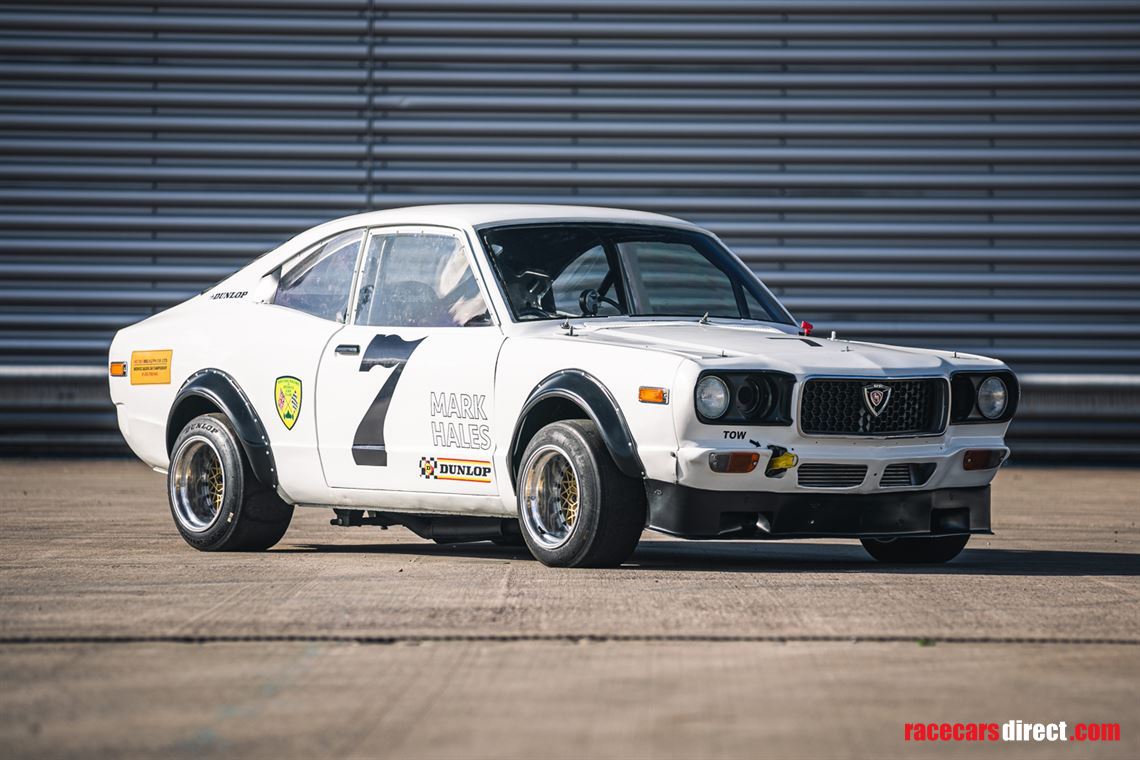 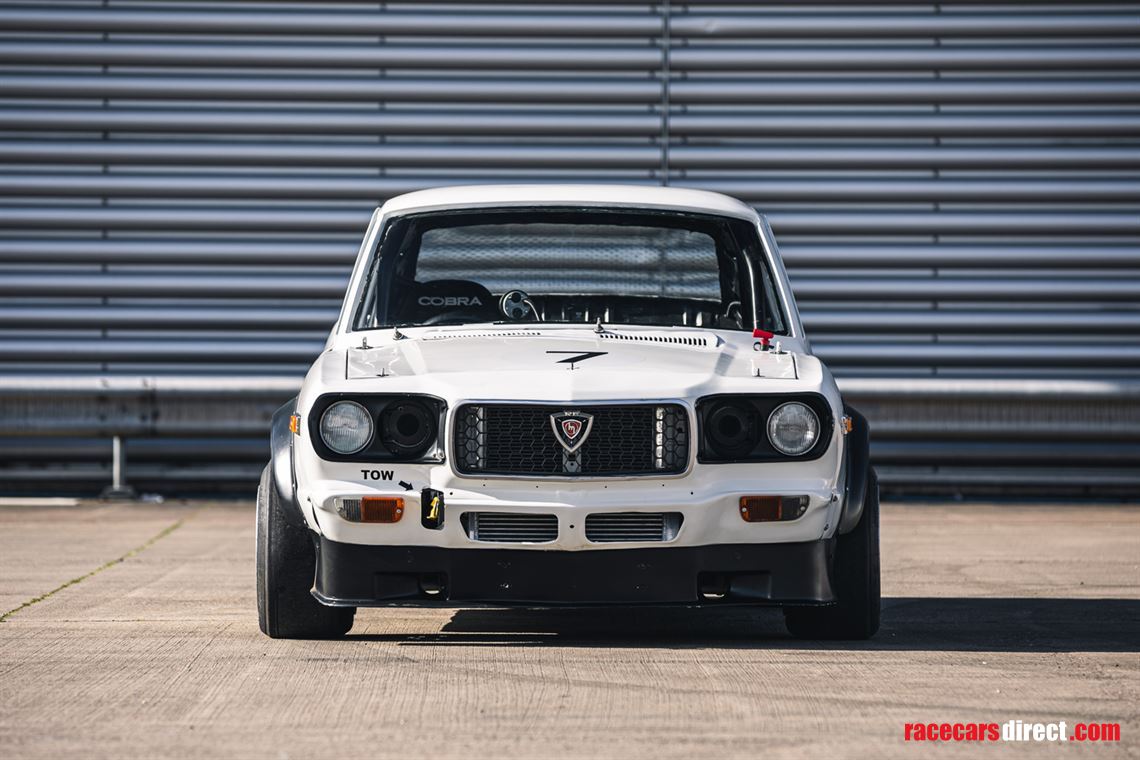 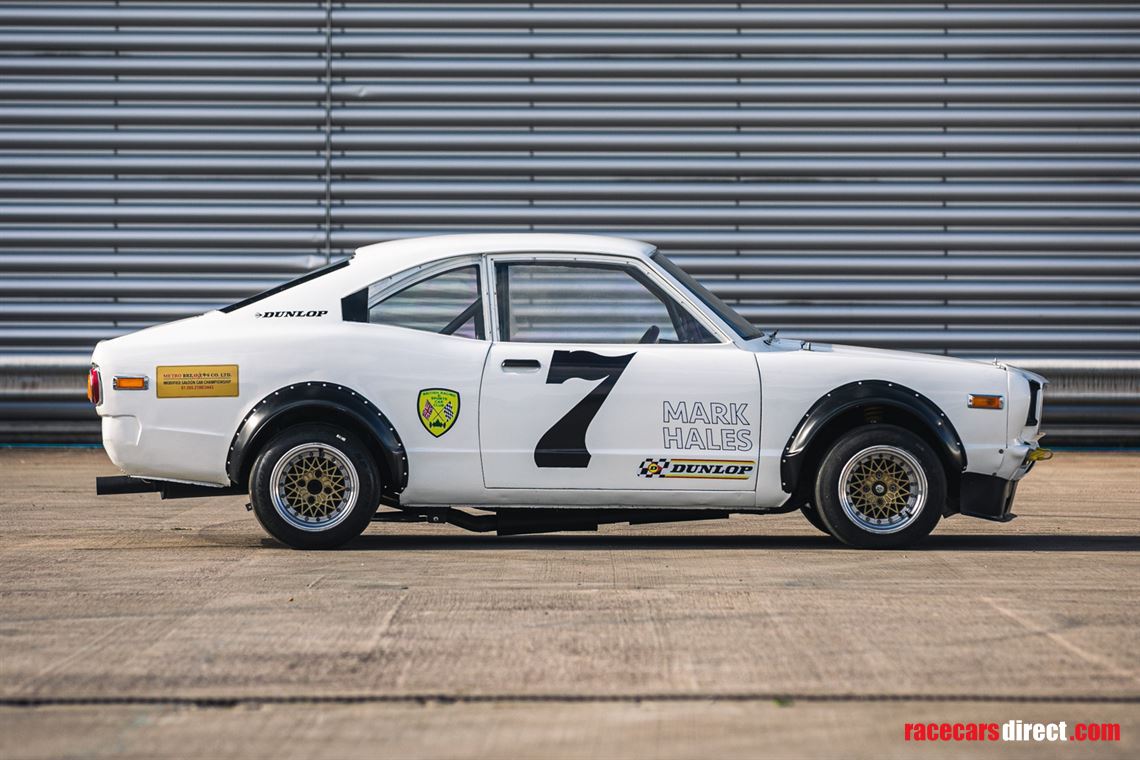 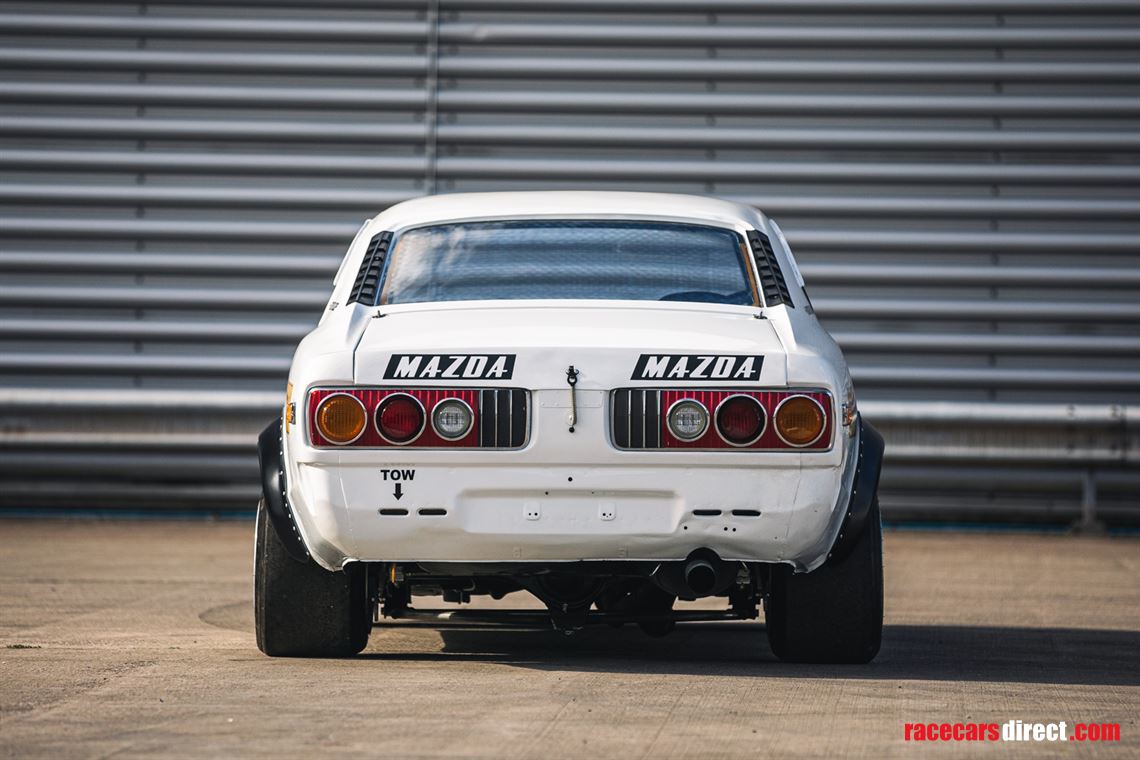 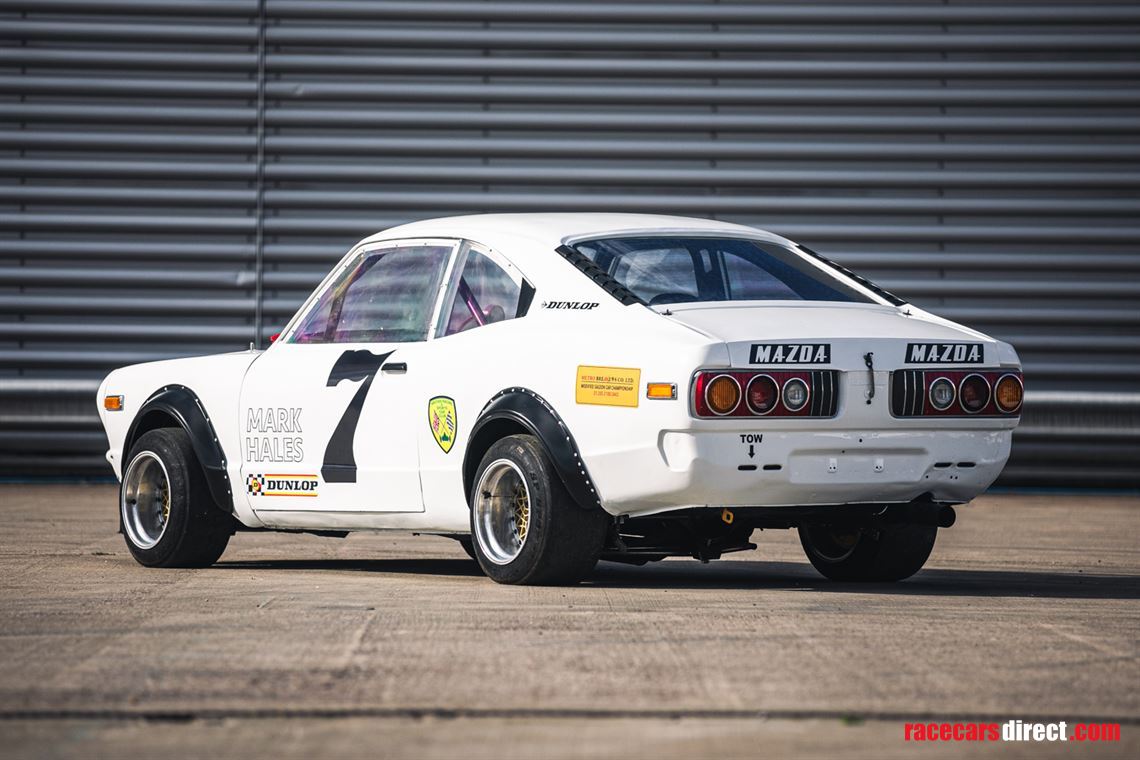 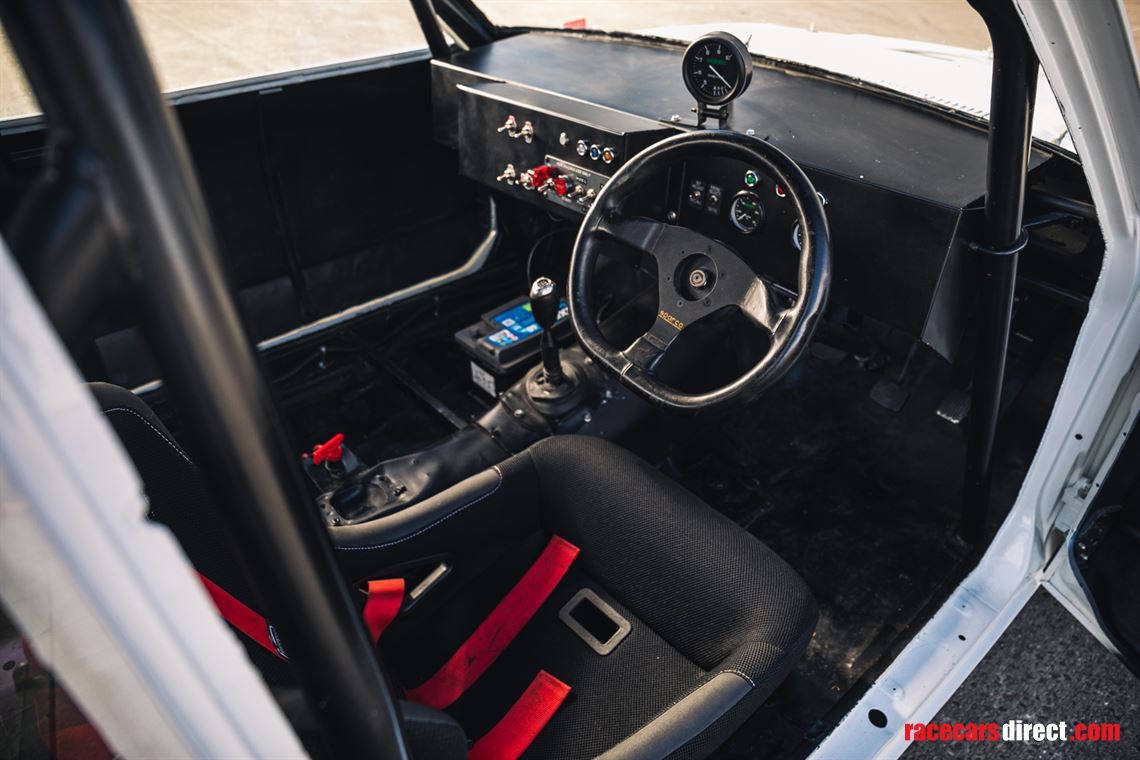 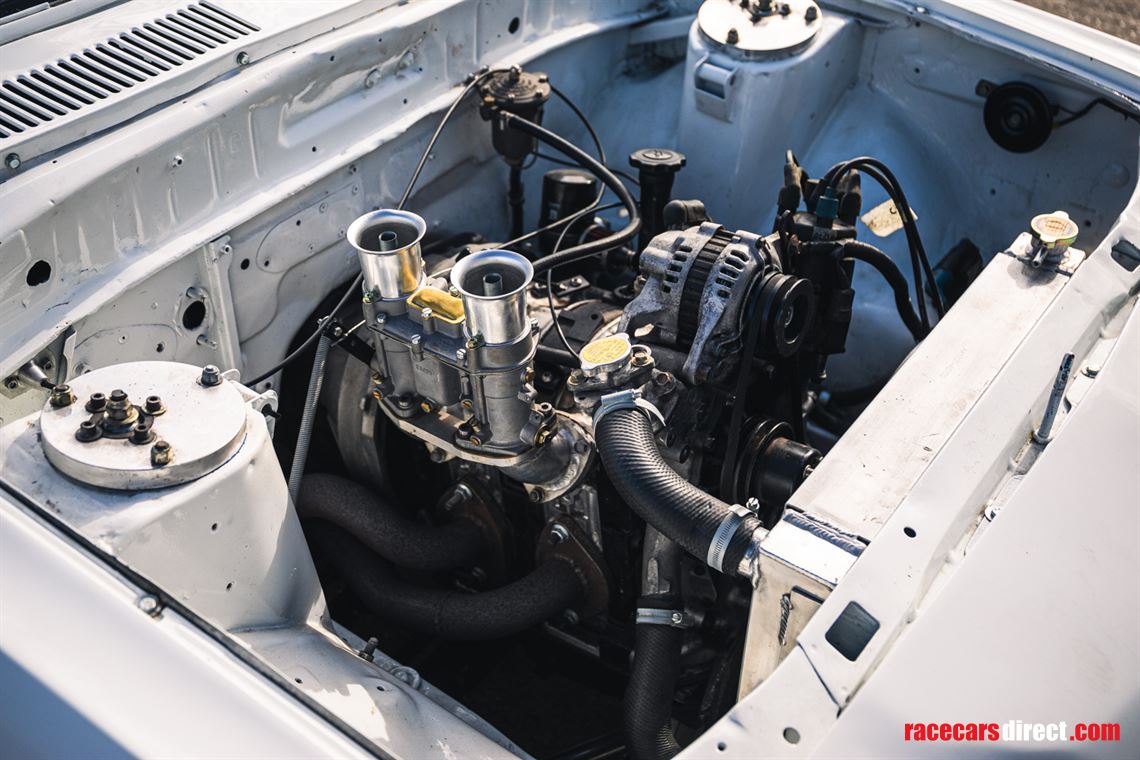 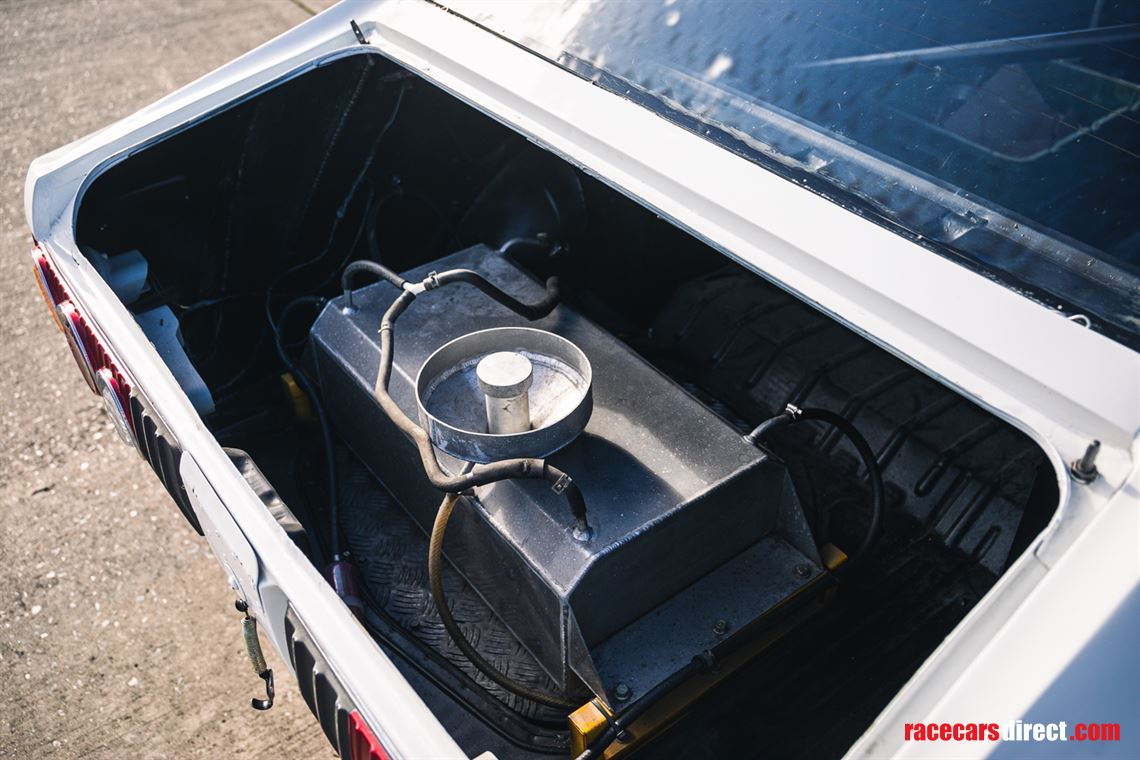 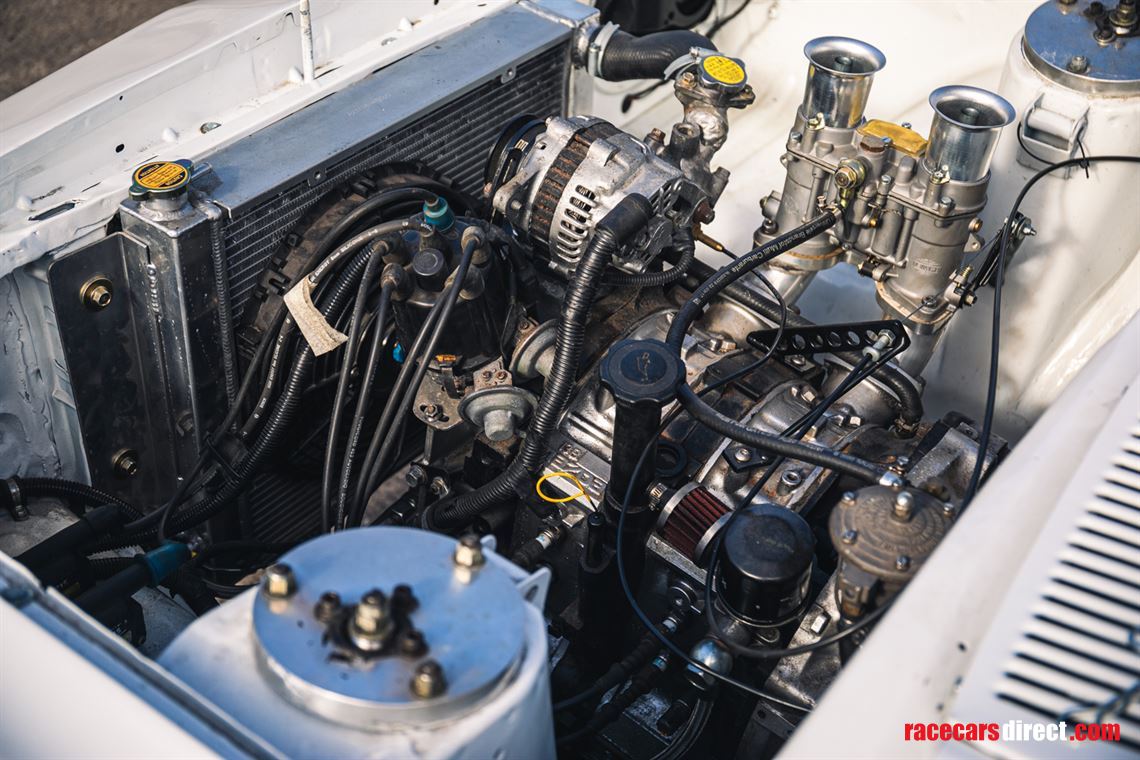 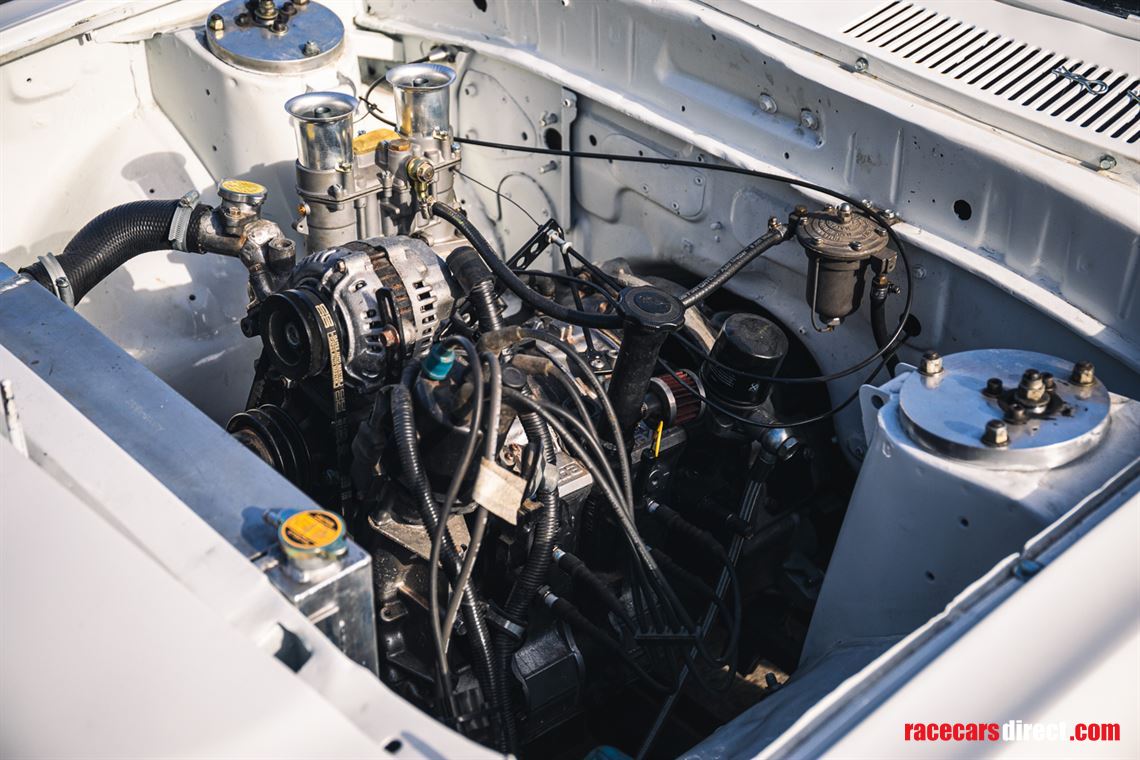 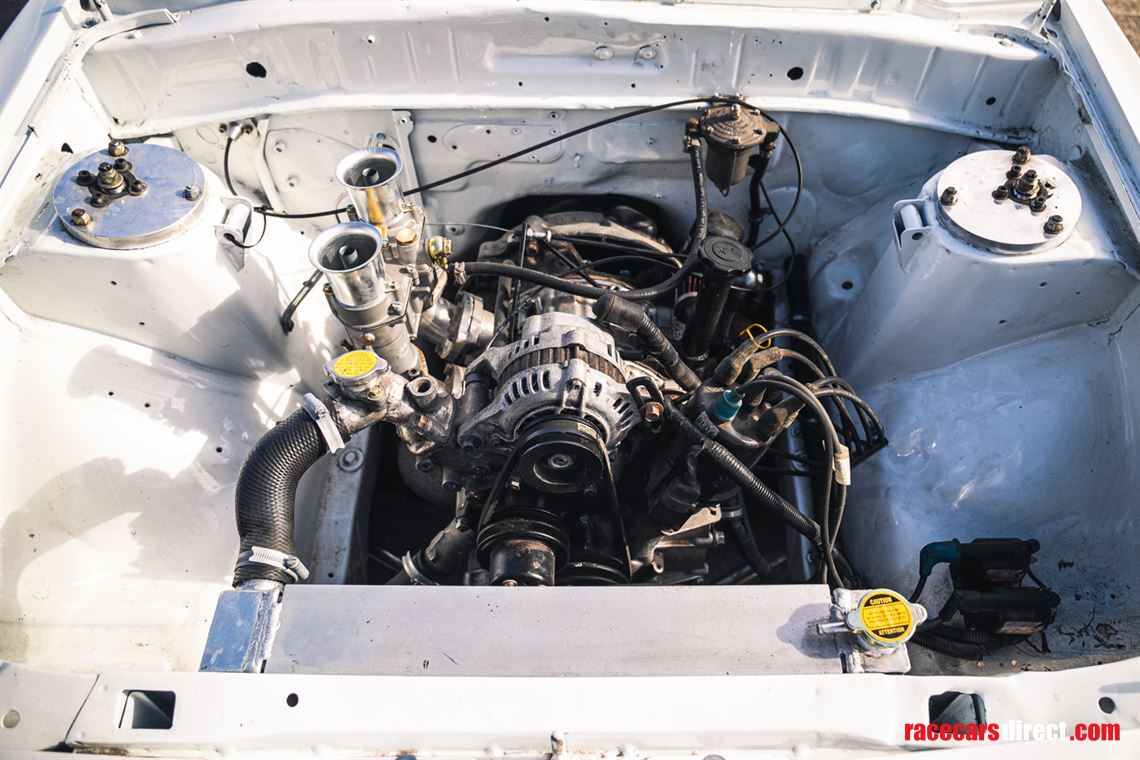 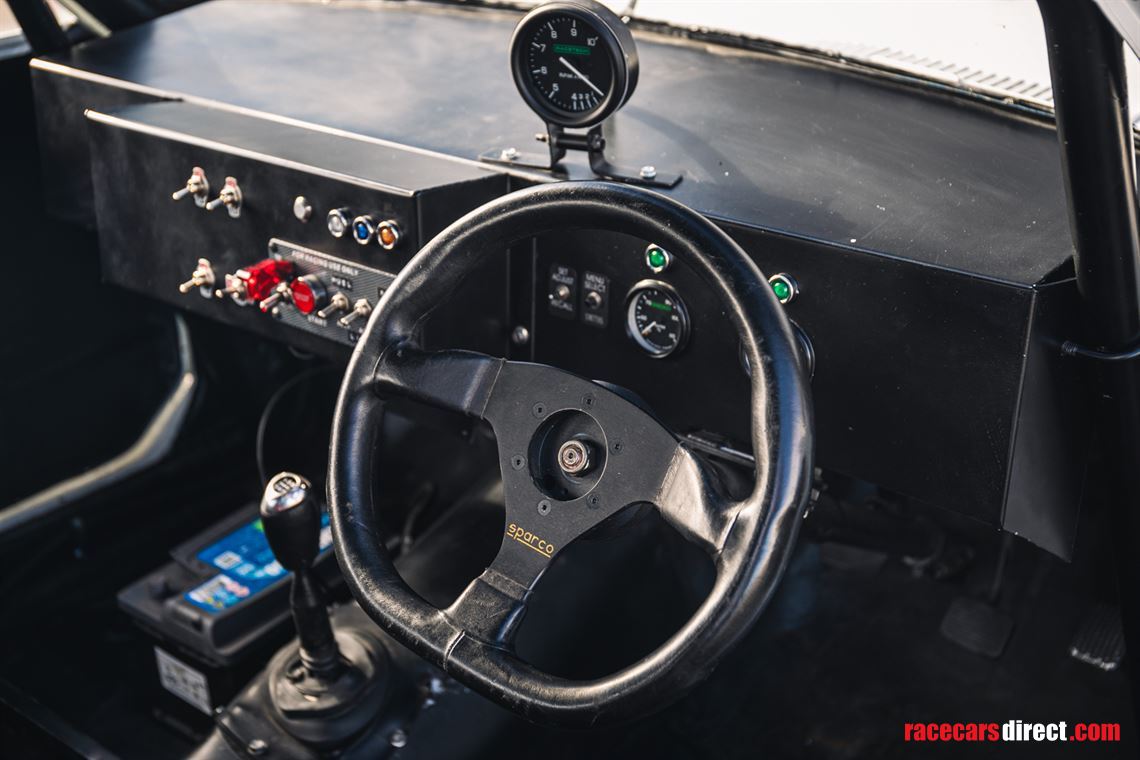 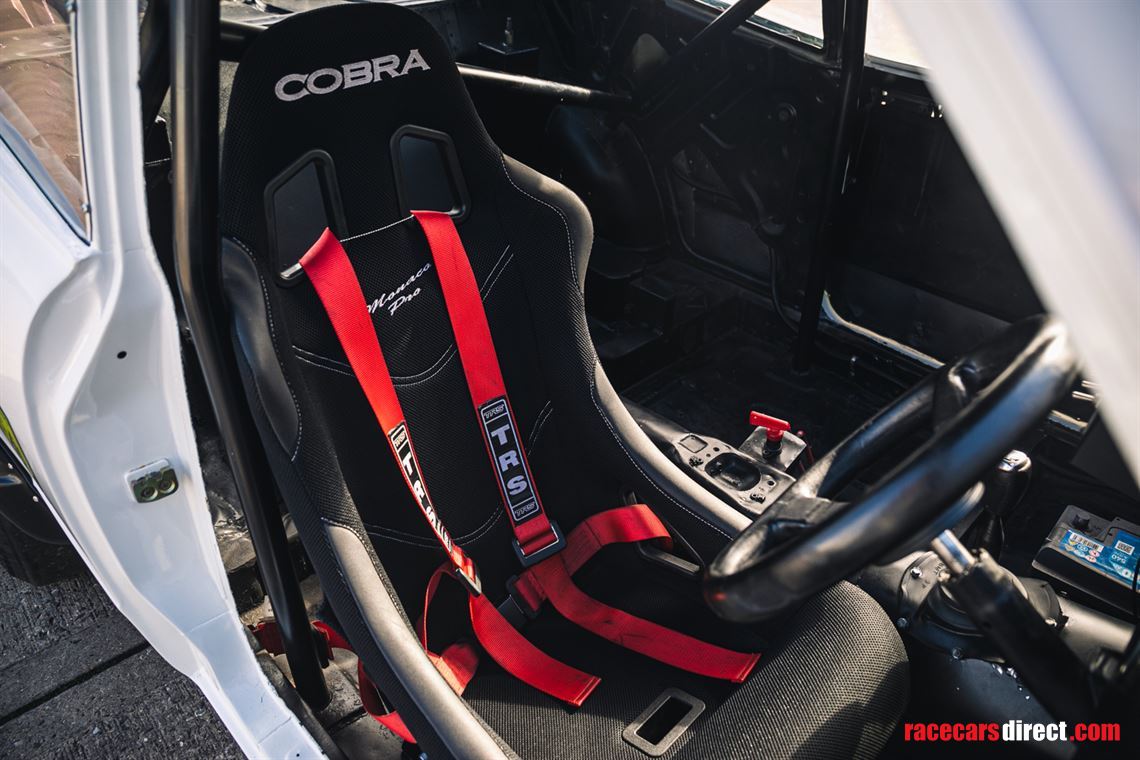 The current owner of this special little RX3, whilst researching its history, obtained the quote below from one of its former owners and drivers, Mark Hales:

"I built the car somewhere around 1977/8/9. I used most of a shell that had been raced by a guy called Terry Maine who was one of the regular RX3 racers at the time.

I built it for the Modified Saloon Car category, which was reasonably well supported at the time, and the car was always quick, but I’d chosen 13-inch wheels and the tyre supply was becoming limited. The option of used Formula 2 fronts which I’d relied on for years, had dried up. Had lots of poles, and led several races, but I didn’t manage a win. Should have – at Brands, and Silverstone in particular.

Decided then that a big banger was a more likely option to garner sponsorship, so I bought the only works Group 2 Rover Vitesse.”

Our vendor has a picture of Mark Hales in action at Cadwell in the early ‘80s and a pic of the car in the ‘70s in Standard Saloon spec, which the vendor believes is Terry Maine racing it.

The RX3 was then sold to a Mr John Coles in the early ‘80s. The vendor believes that the engine and gearbox were removed by John as it was then purchased by Carl Hayward (rotary guru and engine builder) in the mid-80s and has resided in Carl’s ownership up until recently. He goes on to mention that the car was black when Carl purchased it and sat on its suspension and brakes etc., as Mark had left it complete with the crazy 'A-frames' etc. mentioned above.

As this RX3 has not turned a wheel in anger since 1981, some work has been carried out by Carl Hayward (Hayward Rotary Ltd) in recent years to try and return this interesting car to the track. Our vendor has summarised what work has been done and what work still needs to be done to the car, in his opinion, as he no longer has the time to finish the project himself.

Recap of the recent work:

Opportunities to acquire a Rotary-engined race car with this history and pedigree are few and far between. Potentially eligible for a variety of high-quality events, depending on what spec the car is finished by the next owner, this is certainly an interesting and very rare proposition. 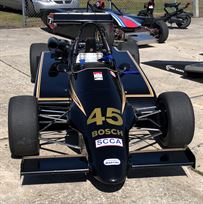 One of the only 2 cars made by Tico Martini for the VW Bosch Super Vee Pro Series Championship. USA