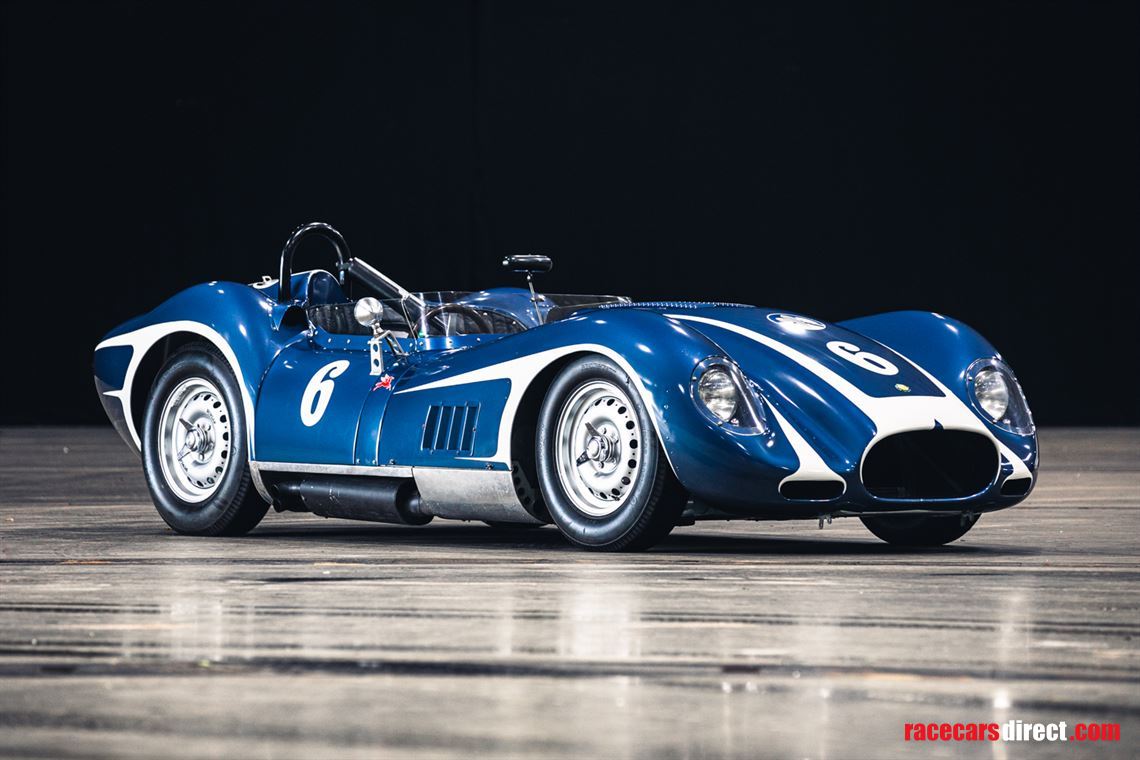 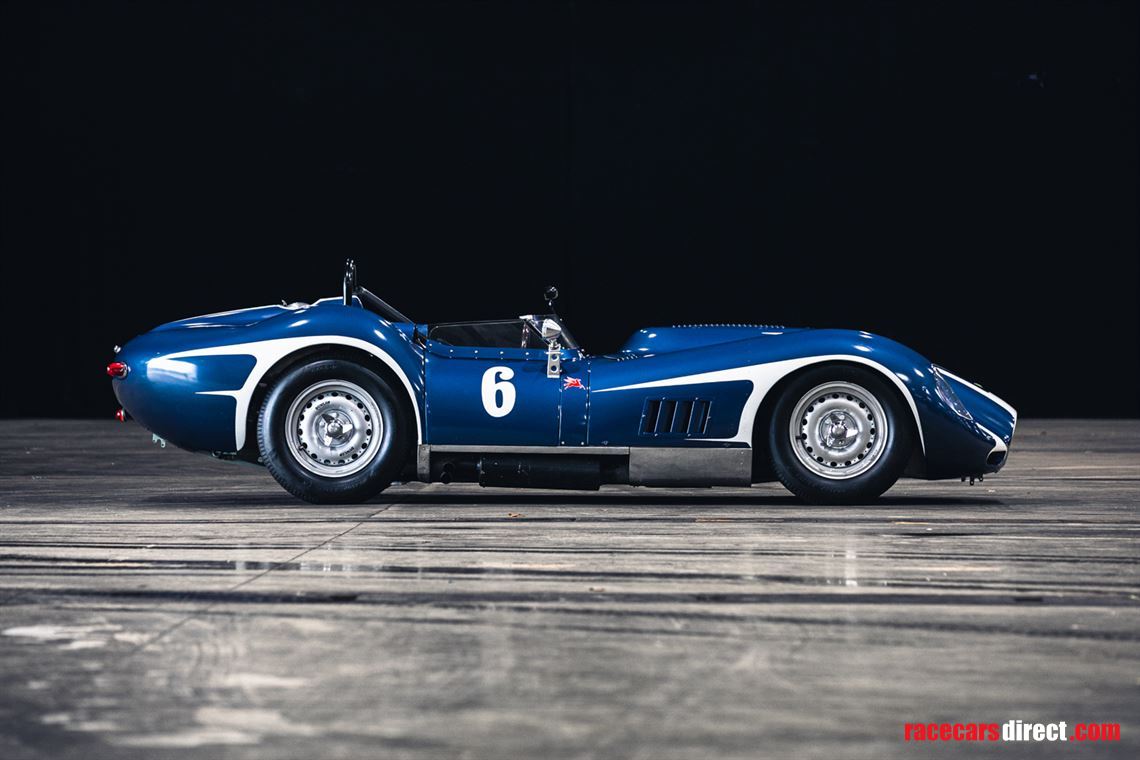 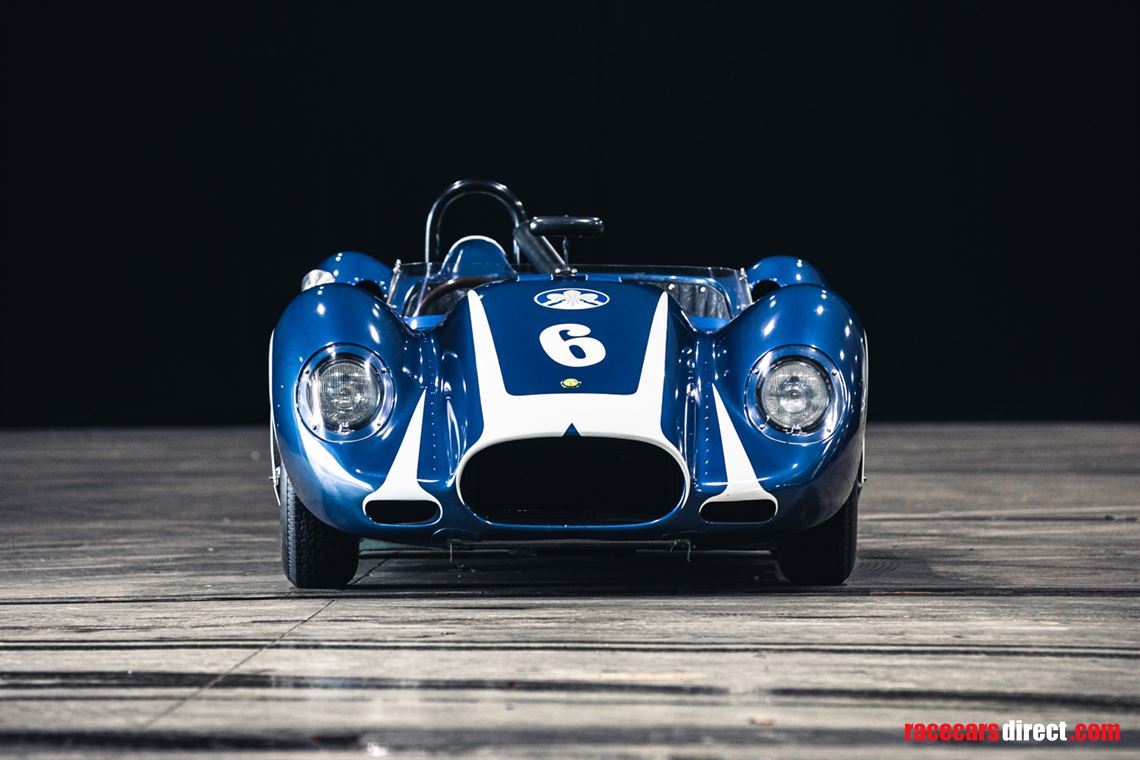 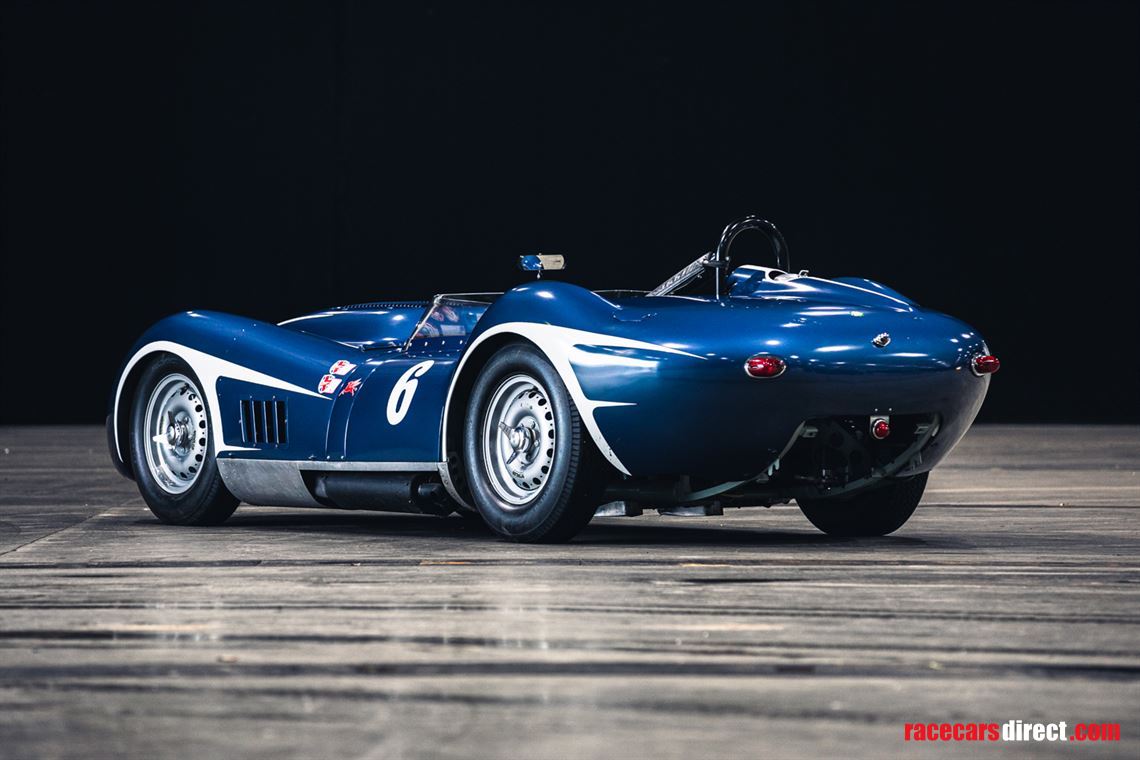 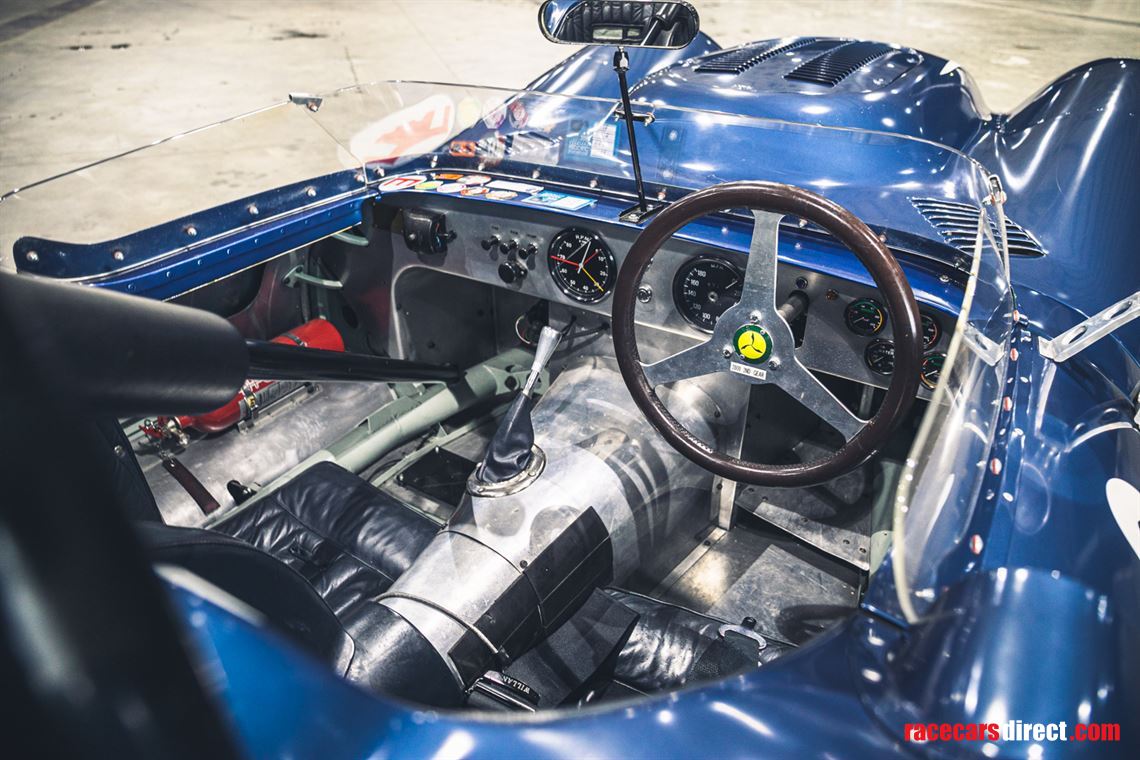 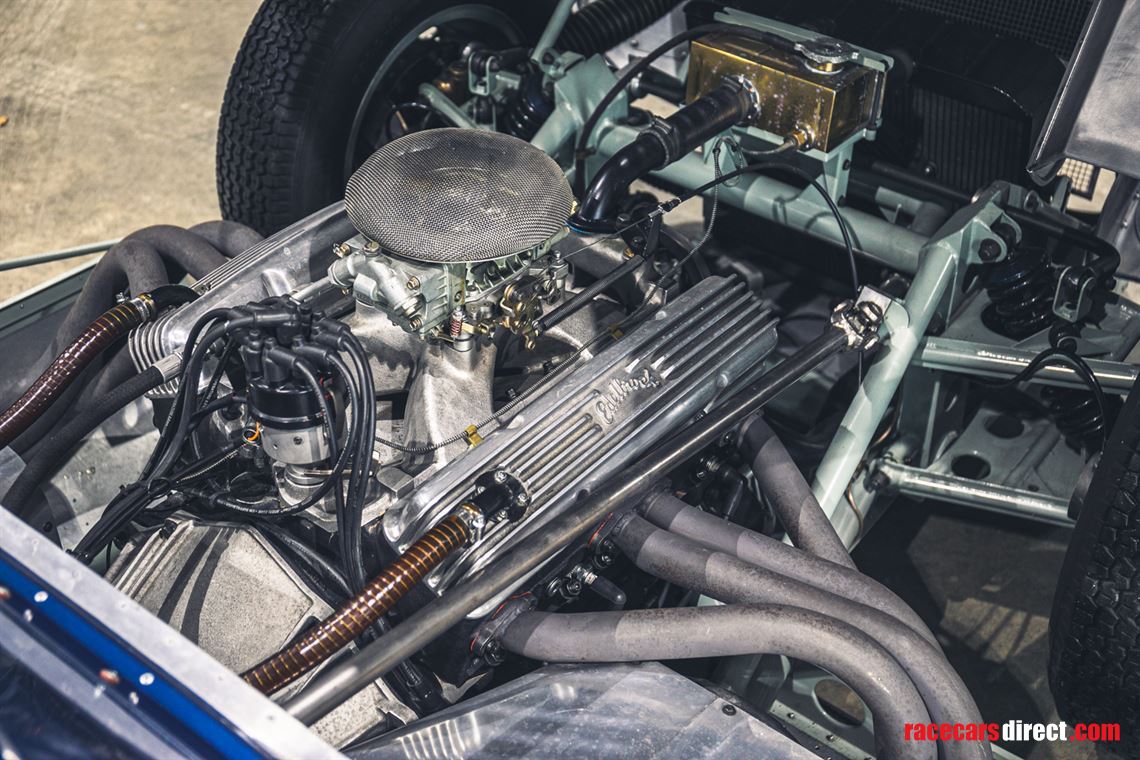 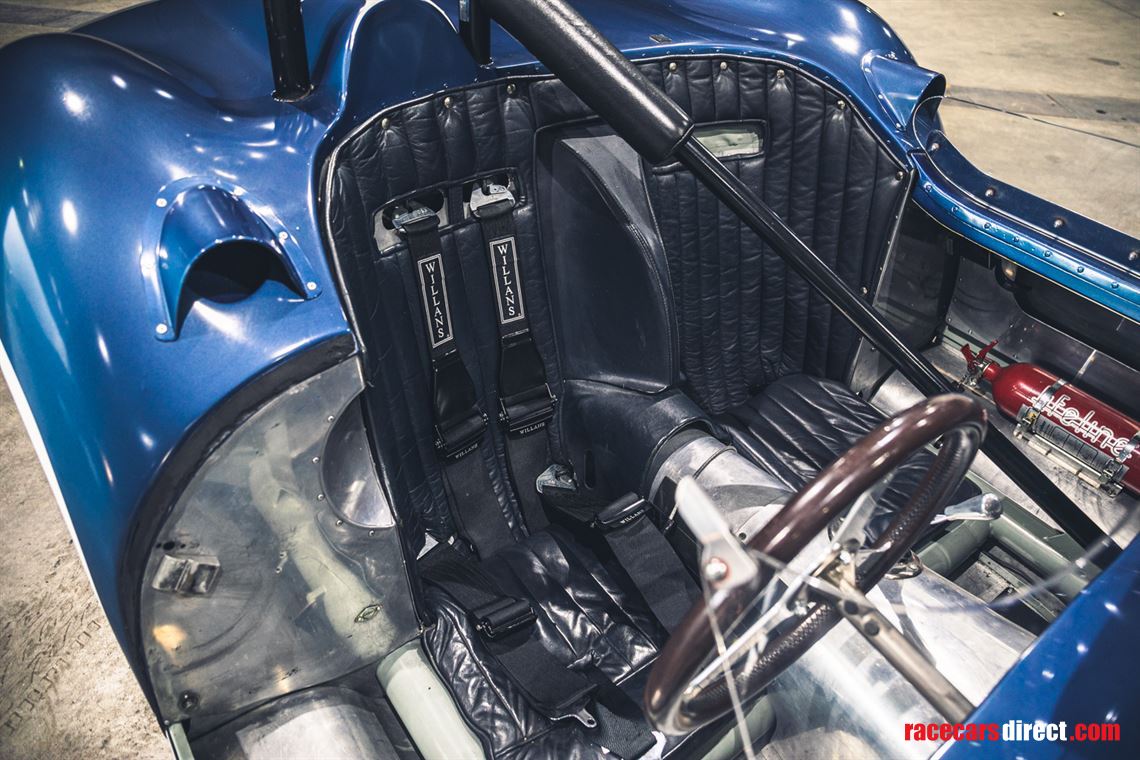 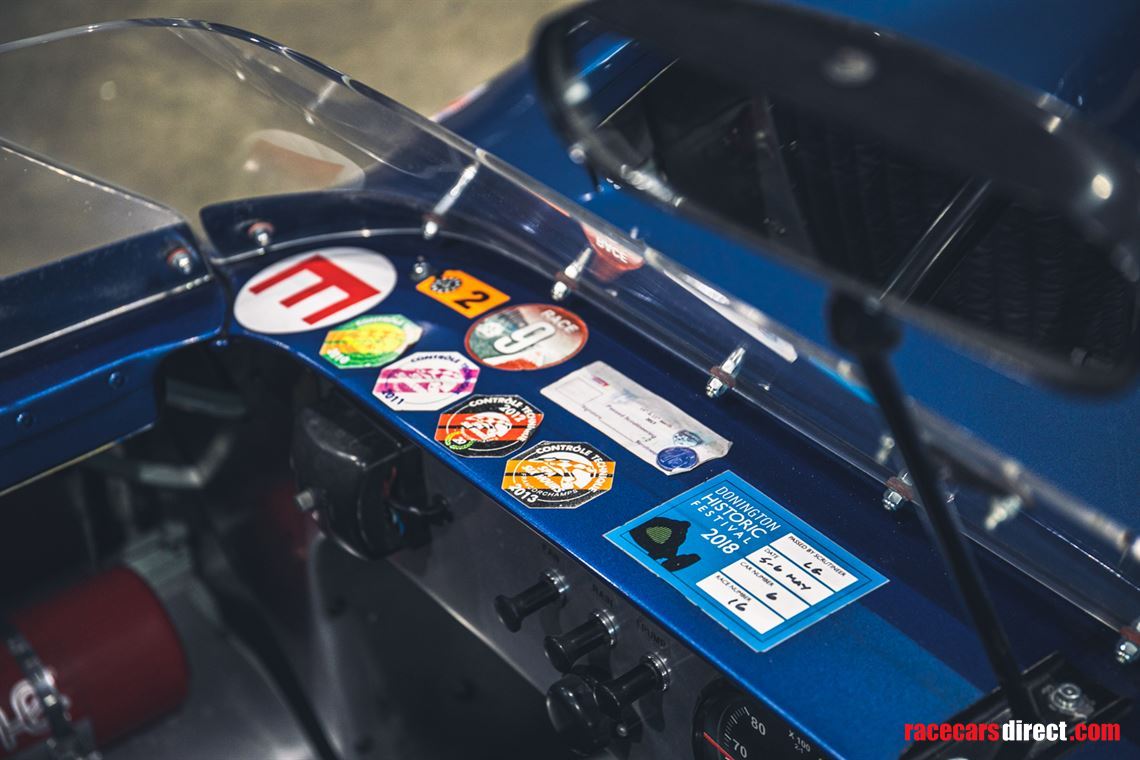 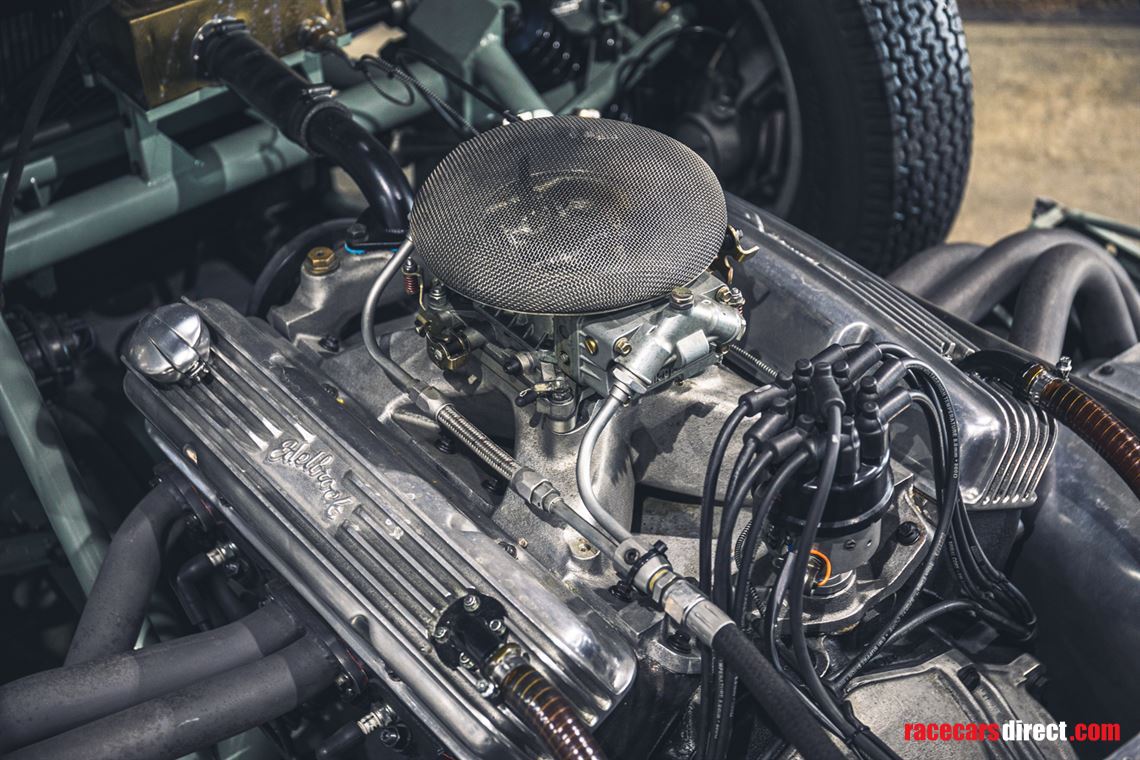 Numerous privateer racing drivers got it in their minds to build their own car in the 1950s, but Brian Lister actually had the money and the engineering know-how. His first racing car, built in the mid-1950s with the able assistance of Don Moore and Archie Scott-Brown, was an incredible success, collecting a 1st or 2nd-place finish wherever it roamed. Its success was such that Lister soon had a deal with Jaguar to supply factory engines, and the Lister-Jaguar became a world-beater.

Production proper commenced in 1958 with an Appendix ‘C’ compliant version boasting a 10% reduction in frontal area. A riot of swooping wheel arches and air scoops punctuated by a pronounced bonnet bulge and shallow windscreen, it was affectionately christened the 'Knobbly'. One of Lister's many customers was the American millionaire private entrant Briggs Cunningham, who ordered two with Jaguar XK power and a third designed to accept a Chevrolet V8. The combination of the Lister chassis and lightweight Chevy engine proved immensely successful, Cunningham's cars dominating both the 1958 and 1959 SCCA Championships. For the latter season, the Lister had been redesigned with sleeker bodywork by legendary aerodynamicist Frank Costin, however, by this time the writing was on the wall for front-engined sports-racers and Lister closed at the end of 1959.

Thirty years after production ended, three craftsmen who worked on the original Listers joined together to produce a Second Sanction ‘Centenary Edition’, officially built by Brian Lister, now Light Engineering Ltd. Heading the team of craftsmen that built the Centenary Edition Cars were three individuals who worked on the originals in 1958: George Tyrell (in charge of production); Brian Elliott (responsible for hubs, De Dion suspension parts, and other components); and Bob Gawthrop, the craftsman welder who employed the traditional arc welding methods he used on the original cars. Just four cars were built using the original drawings and fitted with Jaguar engines upon completion. As true to the originals as possible, each car was given a proper “BHL” chassis number.

‘BHL 148’, on offer here, moved up to the period-spec, MSA-approved 5.3-litre Chevrolet V-8 in 1998. In order to gain FIA HTP papers for the 2016 season, the previous owner commissioned CKL Developments to reshape and repaint the body as a perfect recreation of famous Lister racer, Art Huttinger’s monstrous Lister-Chevy, with its striking blue-and-white livery.

Since 1989, ‘BHL 148’ has raced extensively across Europe, achieving multiple class podiums, and has raced at circuits like Goodwood, Spa Francorchamps, and Le Mans during which time it has been maintained by specialist CKL Developments, Mark Lewis Engineering, and Classic Performance Engineering. In 2018, ‘BHL148’ was campaigned by Andrew Smith and James Cottingham, who qualified 3rd out of 39 cars at the 2018 Silverstone Classic and ran as high as 2nd before finishing 5th, demonstrating its front-running potential.

The current owner, a well-known and respected historic racer, bought ‘BHL148’ in 2019 with plans to continue to campaign the car across Europe. Unfortunately, he sustained a serious shoulder injury and has therefore never had the chance to enjoy ‘BHL148’, so it now comes reluctantly to the market.

Offered at a very competitive estimate along with an extensive history file, including several letters from Brian Lister and an original press booklet from 1990, this is a very rare chance to own a fantastically prepared Lister with a clear history from new, and for considerably less than a period car or a newly built example.

We are looking for an experienced race mechanic for a full-time position.