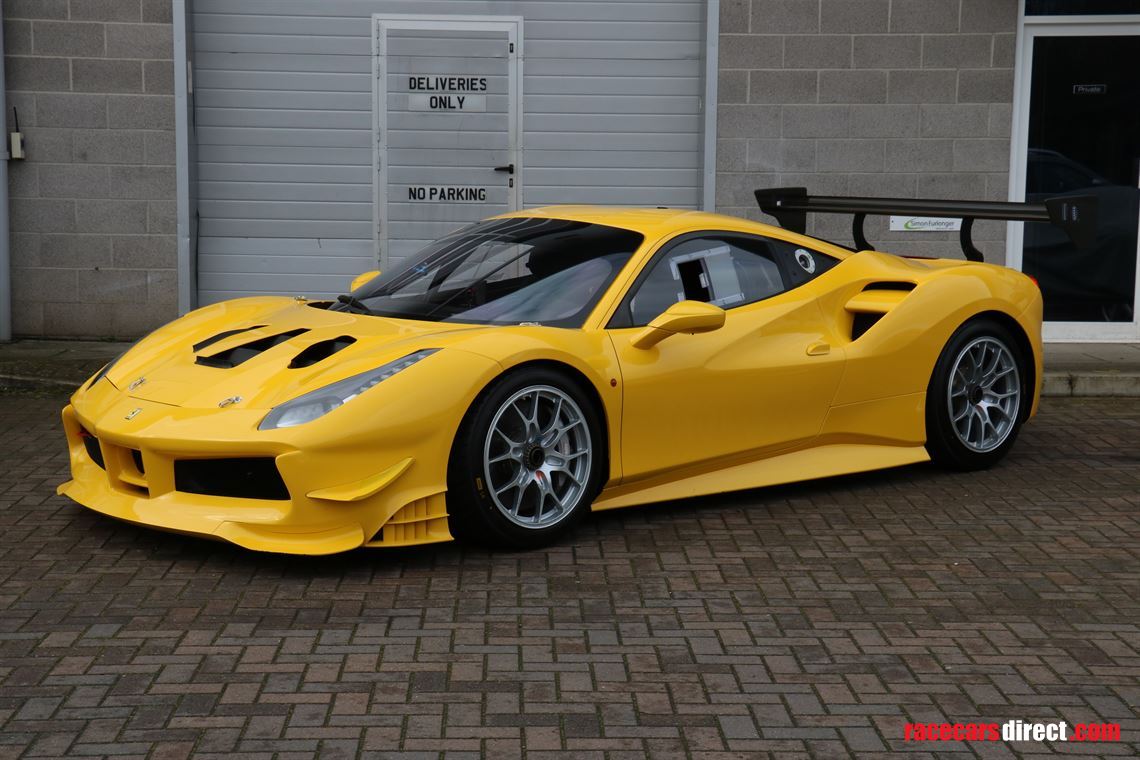 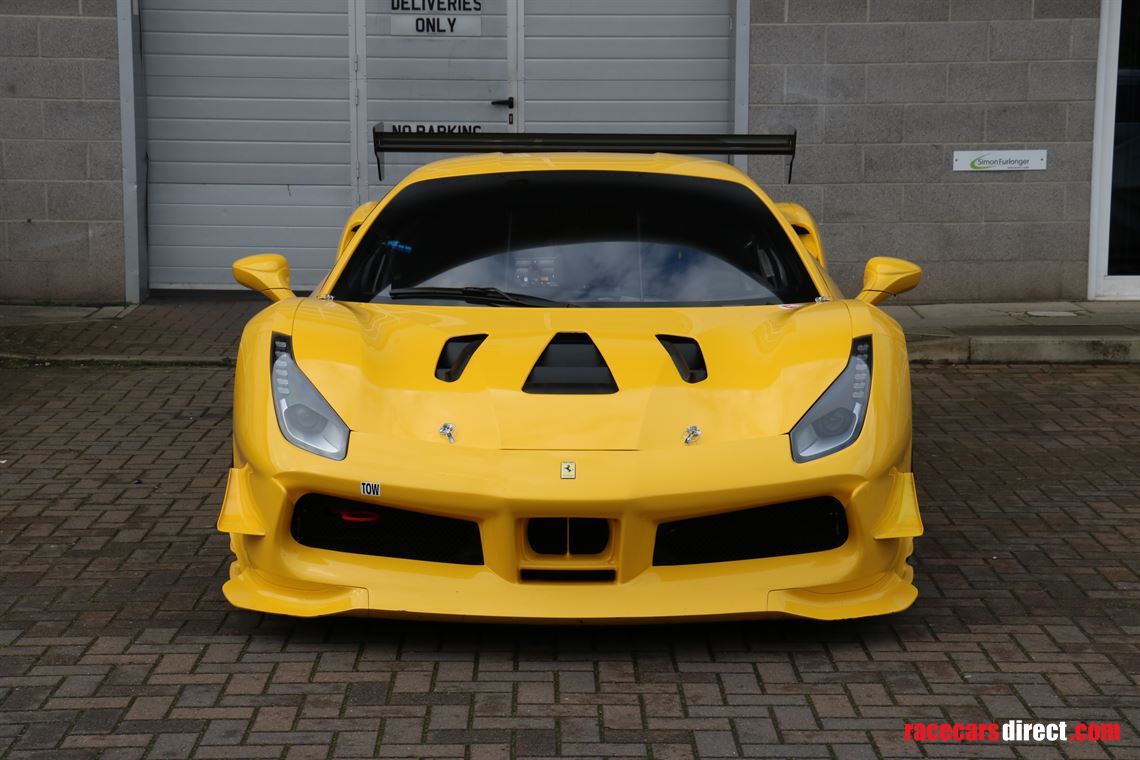 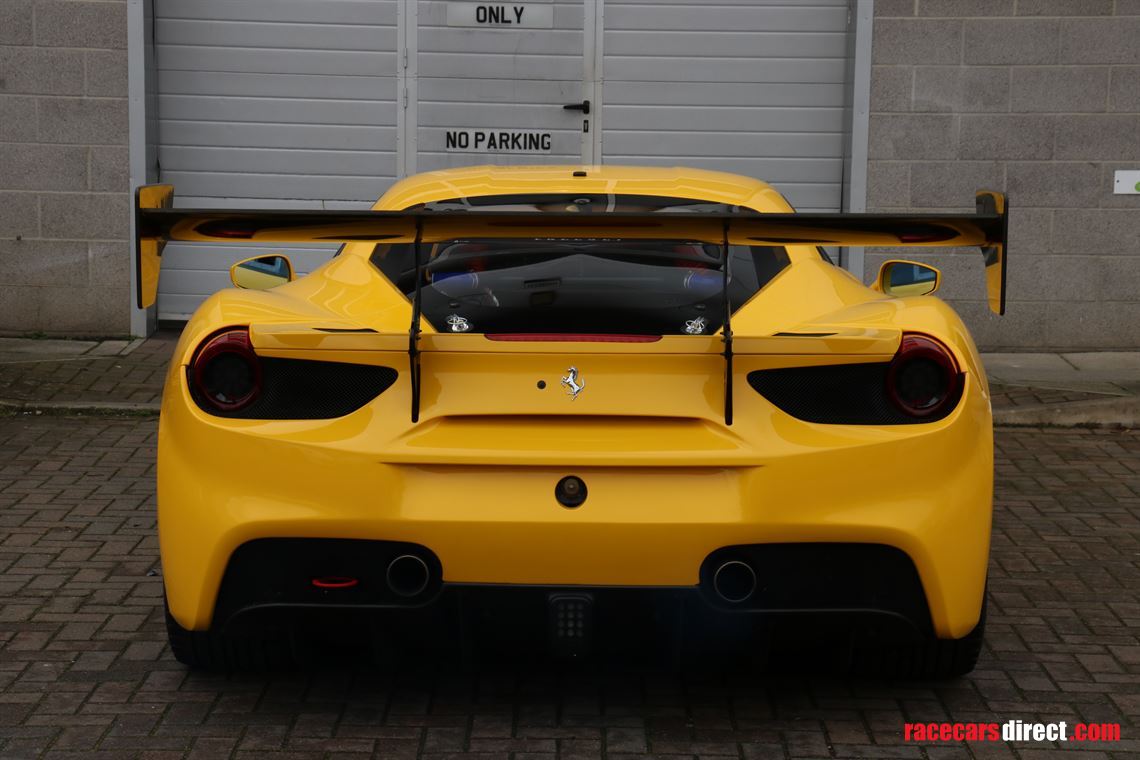 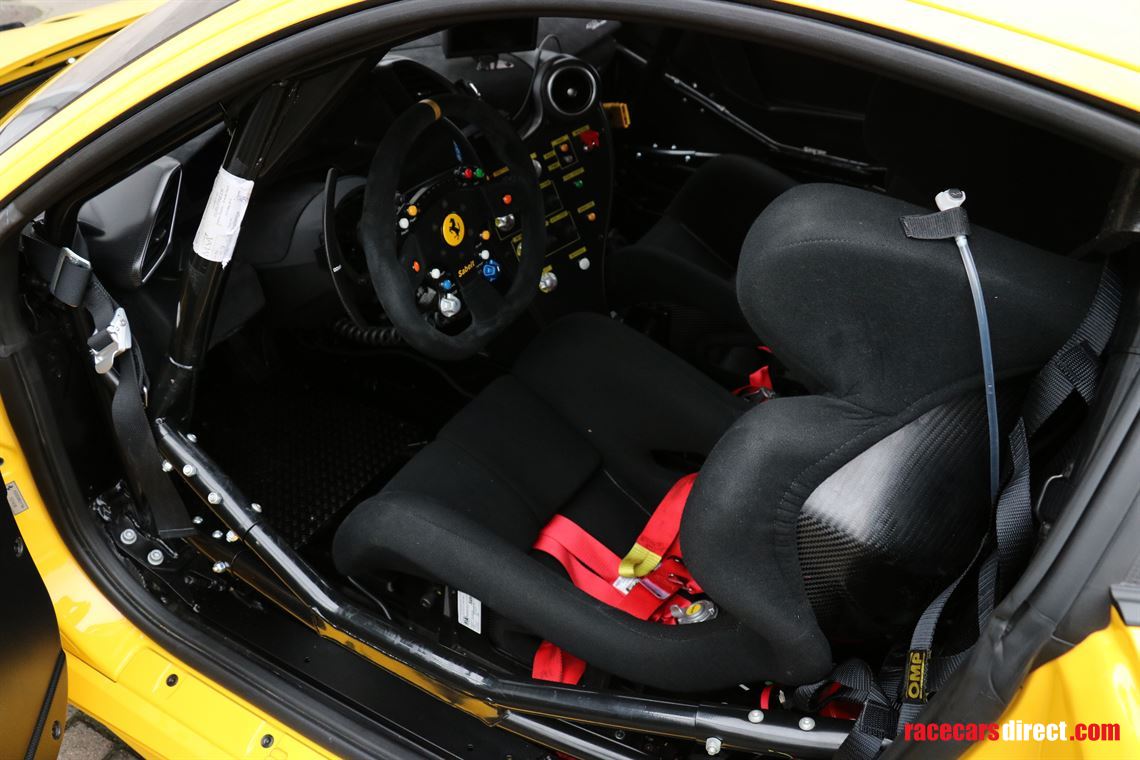 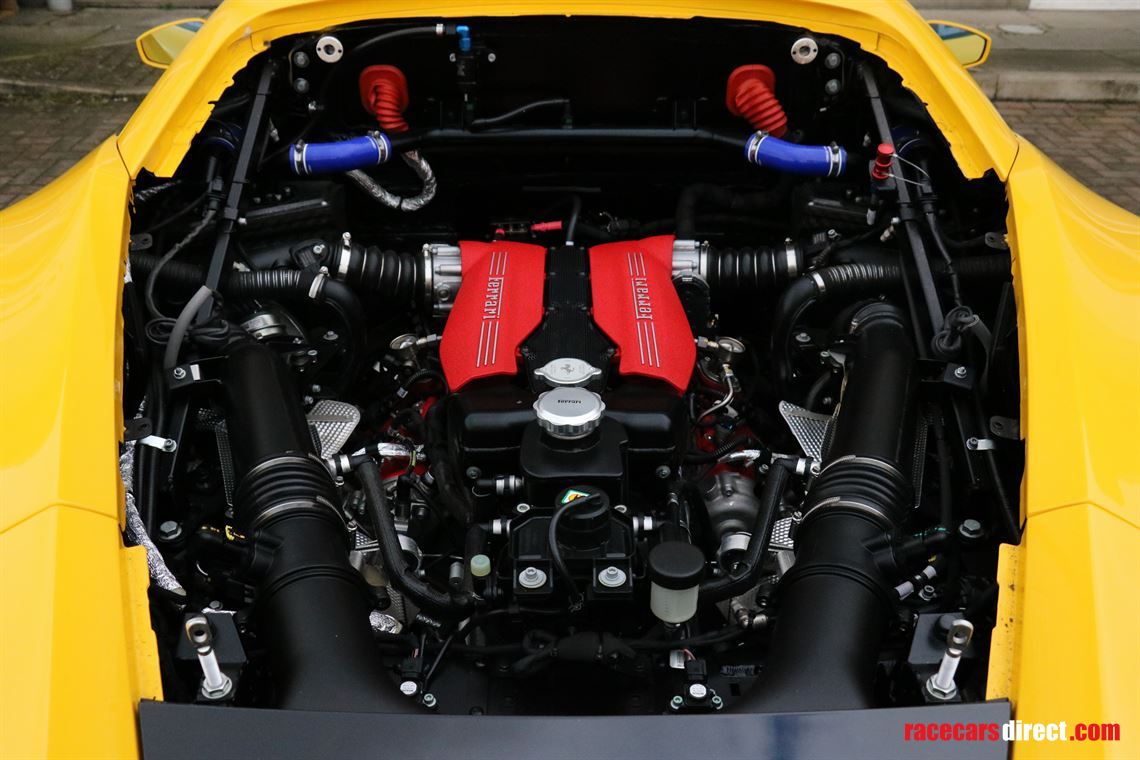 Finished in Giallo, accompanied by:

First launched in 1993 for owners of the 348 Berlinetta, Ferrari Challenge is a single Marque motorsport championship for those who wanted to become involved in racing. It now encompasses 3 official championships which take place in the United States, Asia-Pacific and Europe. From 2007-2010 the Ferrari Challenge exclusively used the F430 model, until 2011 saw the introduction of the 458 Challenge with the 458 Challenge Evoluzione following in 2014.

The latest of the Ferrari Challenge series is the 488 Challenge. First launched in 2018, it features multiple similarities to the Challenge-specification variants of the 348, 355, 360, 430 and 458, being largely based on the road going versions but with various upgrades and lightweight materials to make it suitable for sustained racing and track use. Behind the seats sits a familiar 3.9 Litre Turbocharged V8 from the road going GTB, except it now features lightweight and strengthened components that combine for a total weight saving of just under 20 kg. The almighty F1 DCT transmission has shorter gear ratios to give the car a more accelerative nature as well as a change to the on-board traction and stability systems which now has the convenience of separate Manettino controlled functions, thus permitting the driver more control over the dynamic behaviour of the car.

On the cars exterior is a nothing short of large carbon fibre rear wing taken from the 488 GTE, coupled with lower side skirts and a new re-profiled bonnet and nose section, producing an aerodynamic package that creates 10% more downforce than the 458 Challenge Evo. Removal of the standard centre console found on the GTB, along with the seats, dashboard, door panels, carpets and trims – all replaced by a fully stripped out motorsport cockpit with racing steering wheel, fixed racing bucket seats and a fire extinguisher system.

We offer for sale a brand new Ferrari 488 Challenge EVO

When you own a Racetruck, there's no need to tow...

Fully equipped and ready for her new home. Available today!