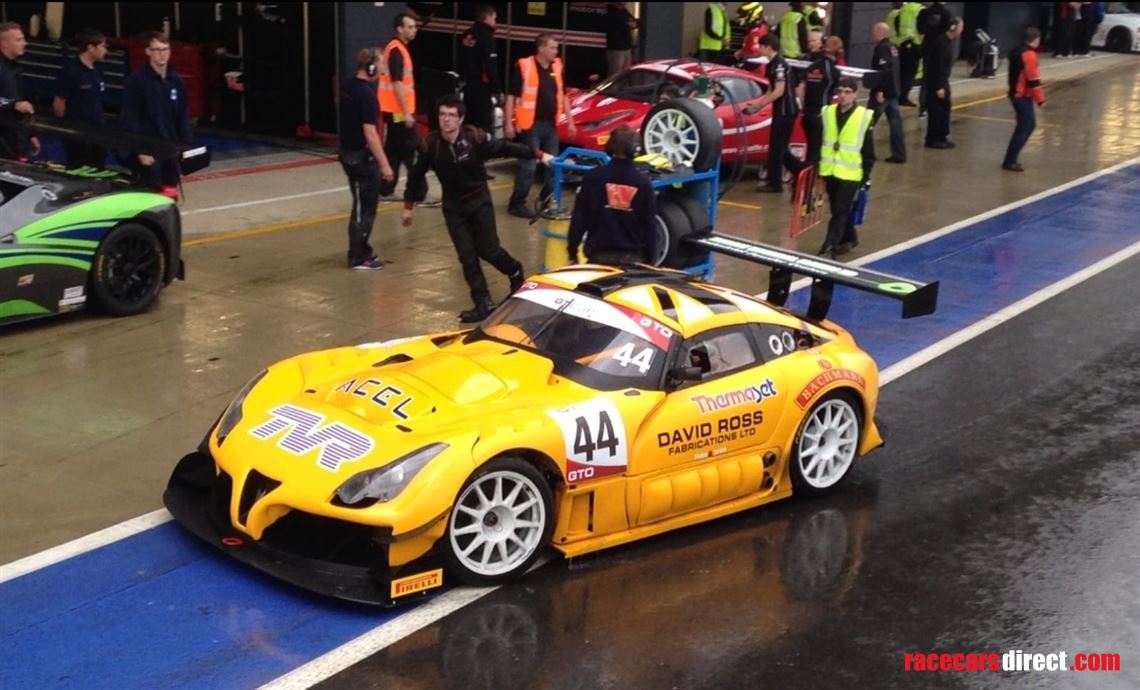 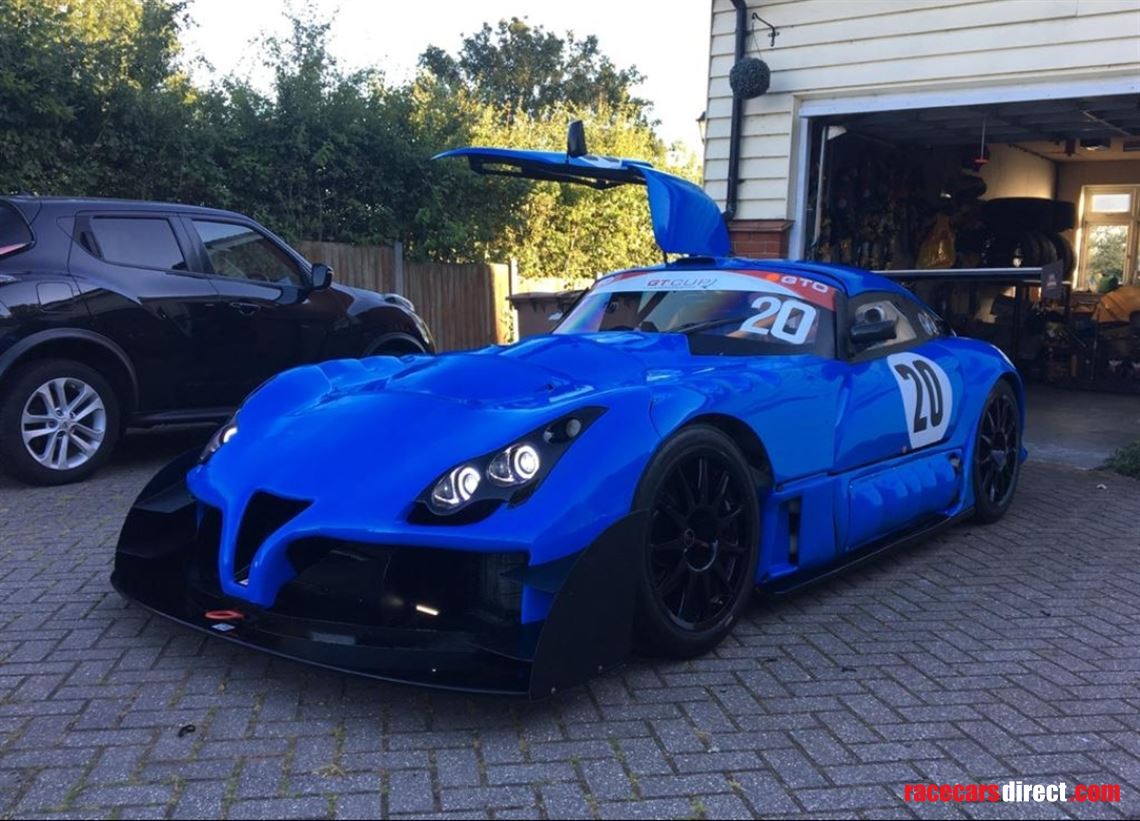 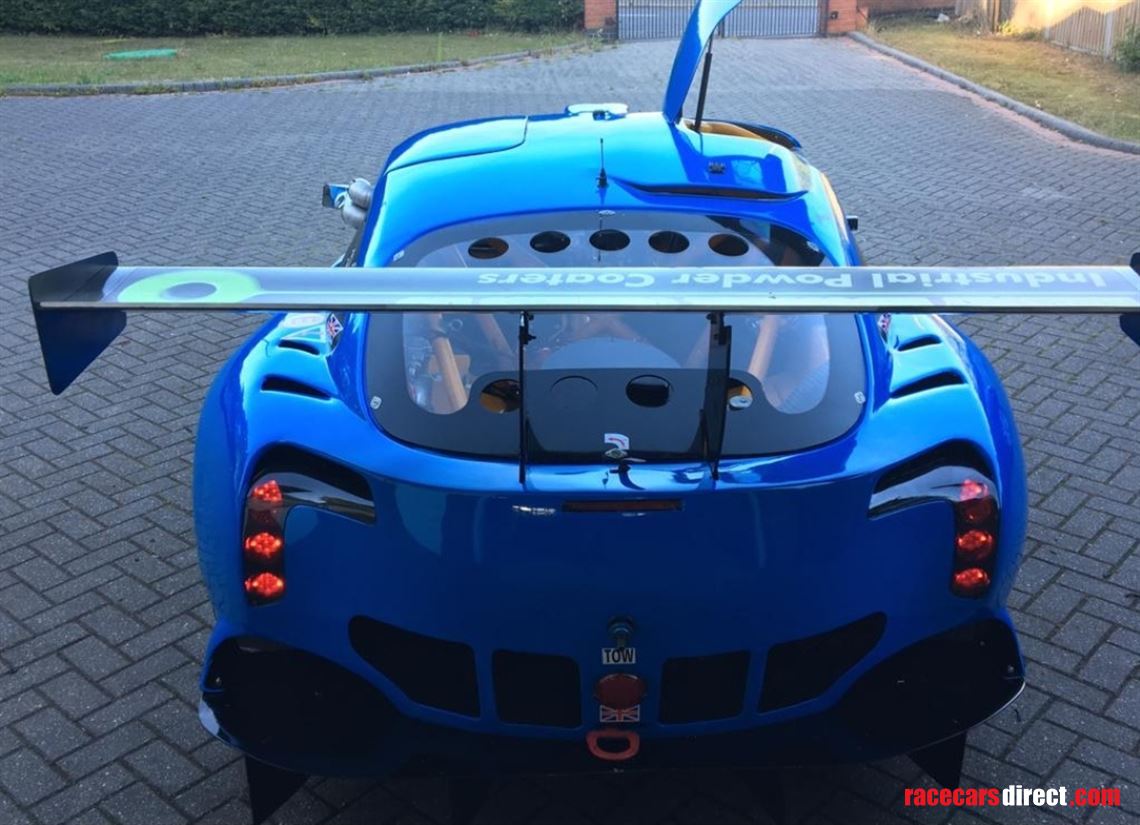 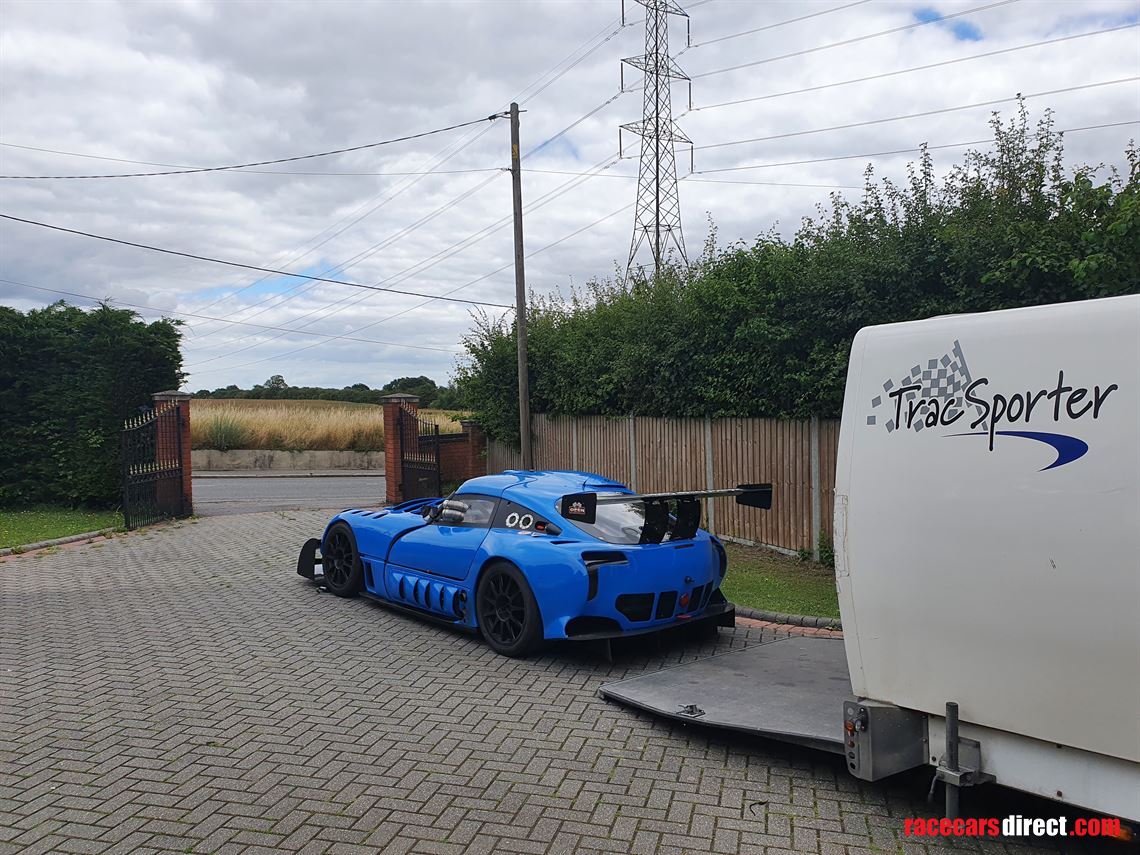 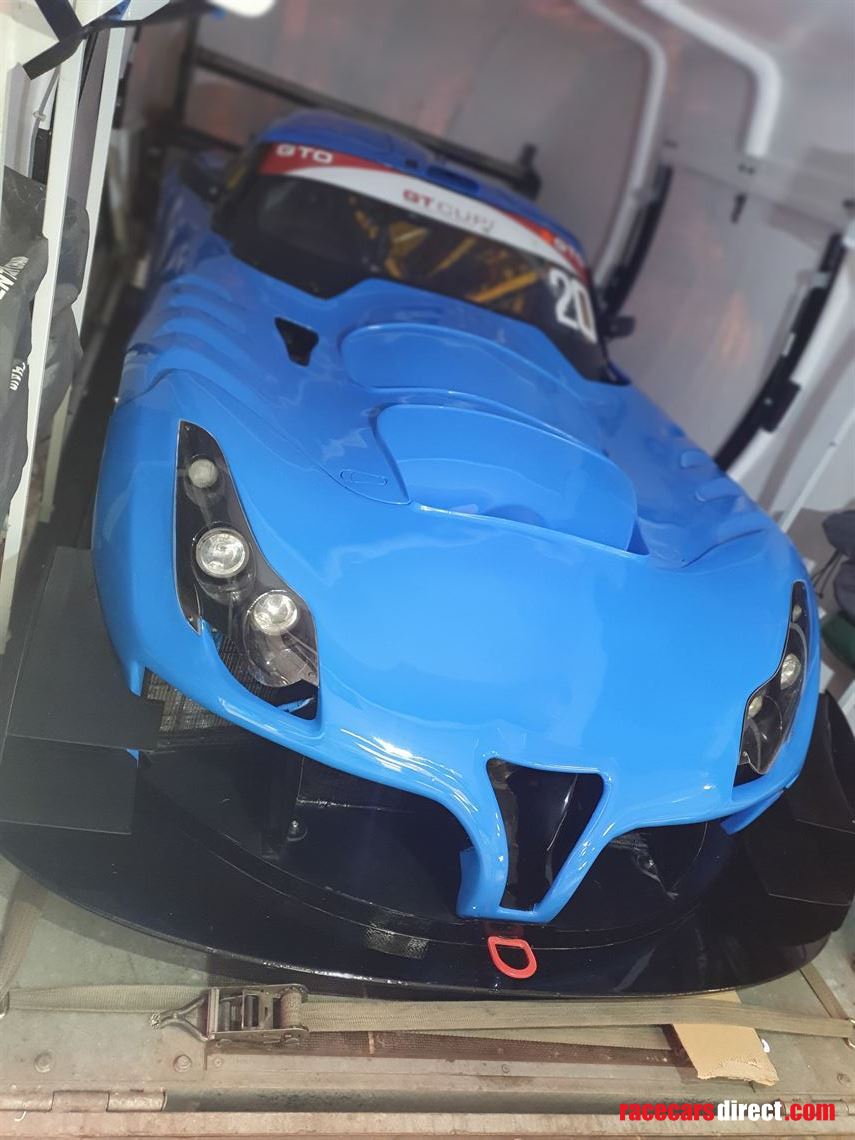 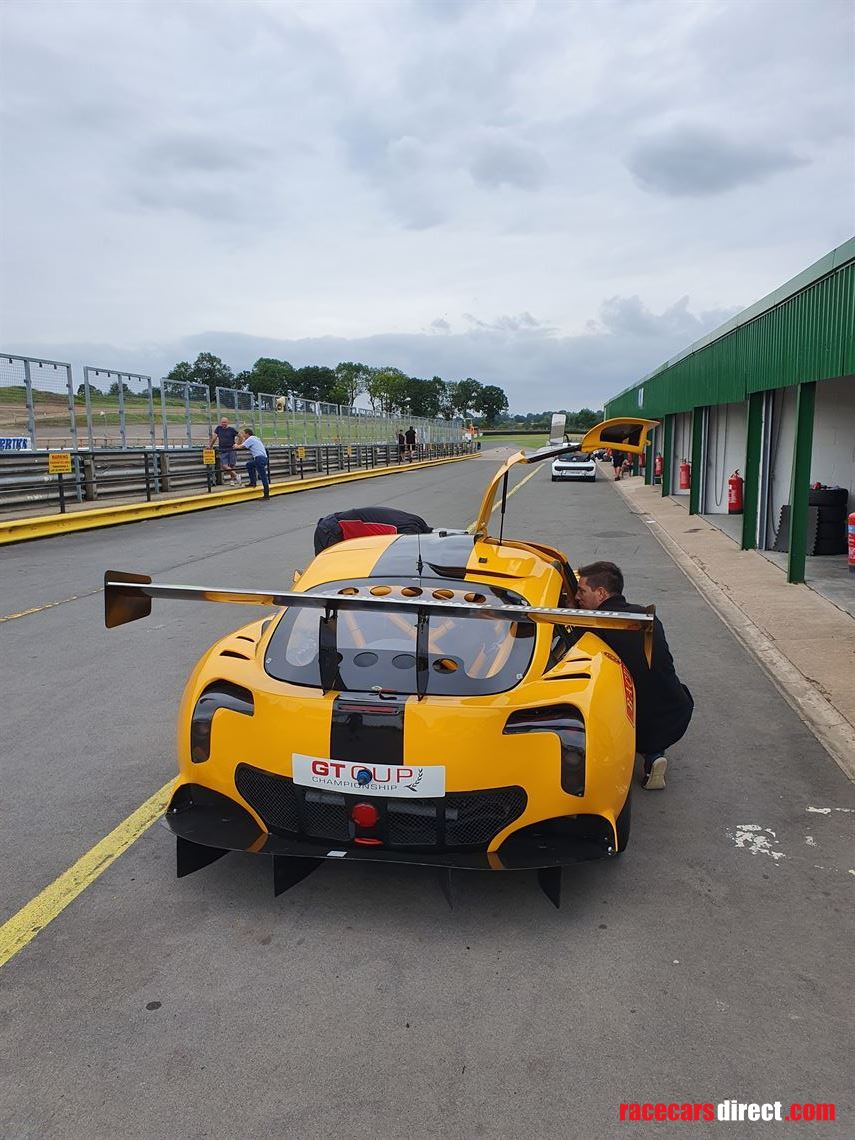 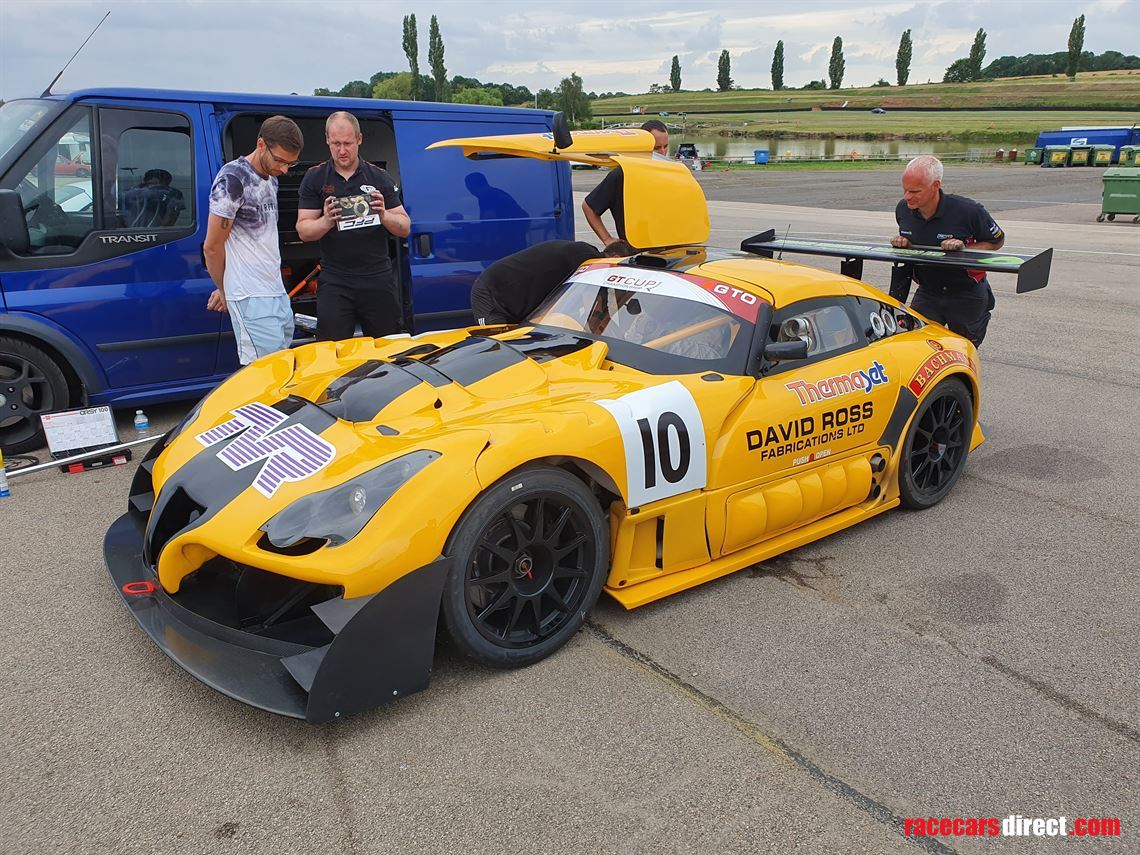 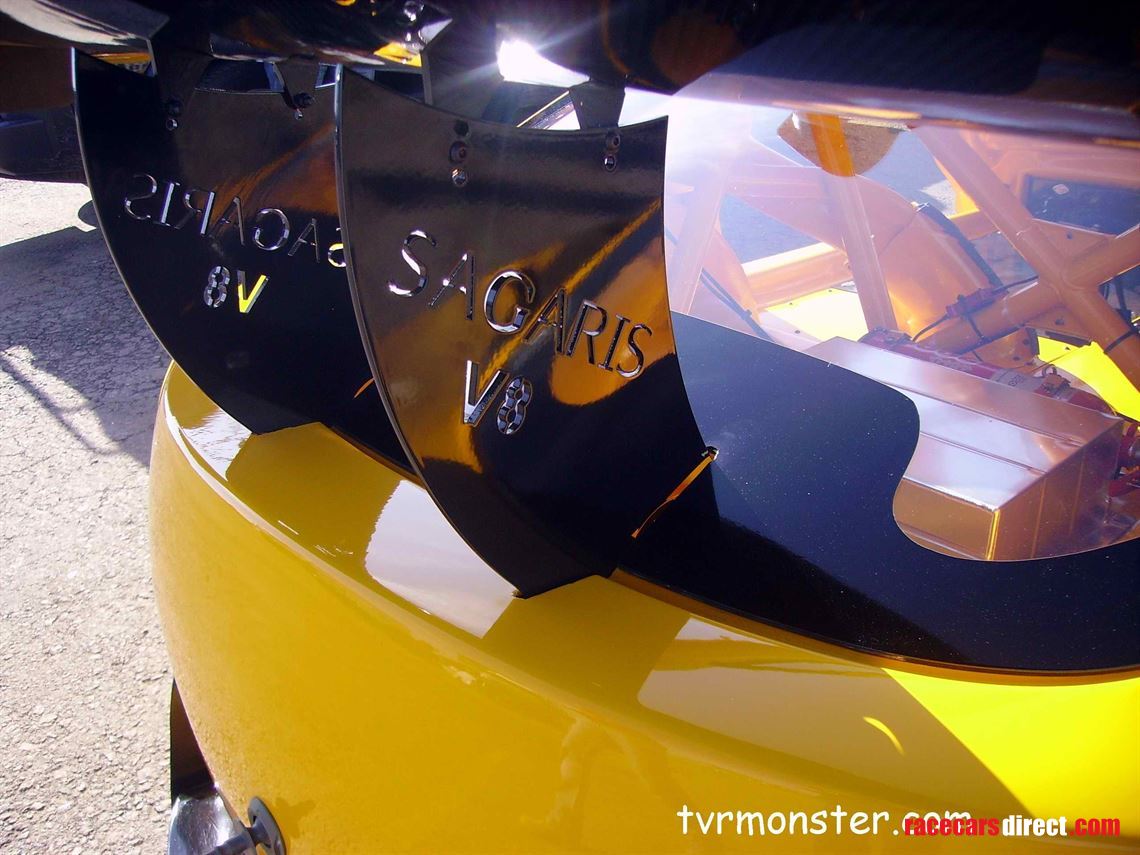 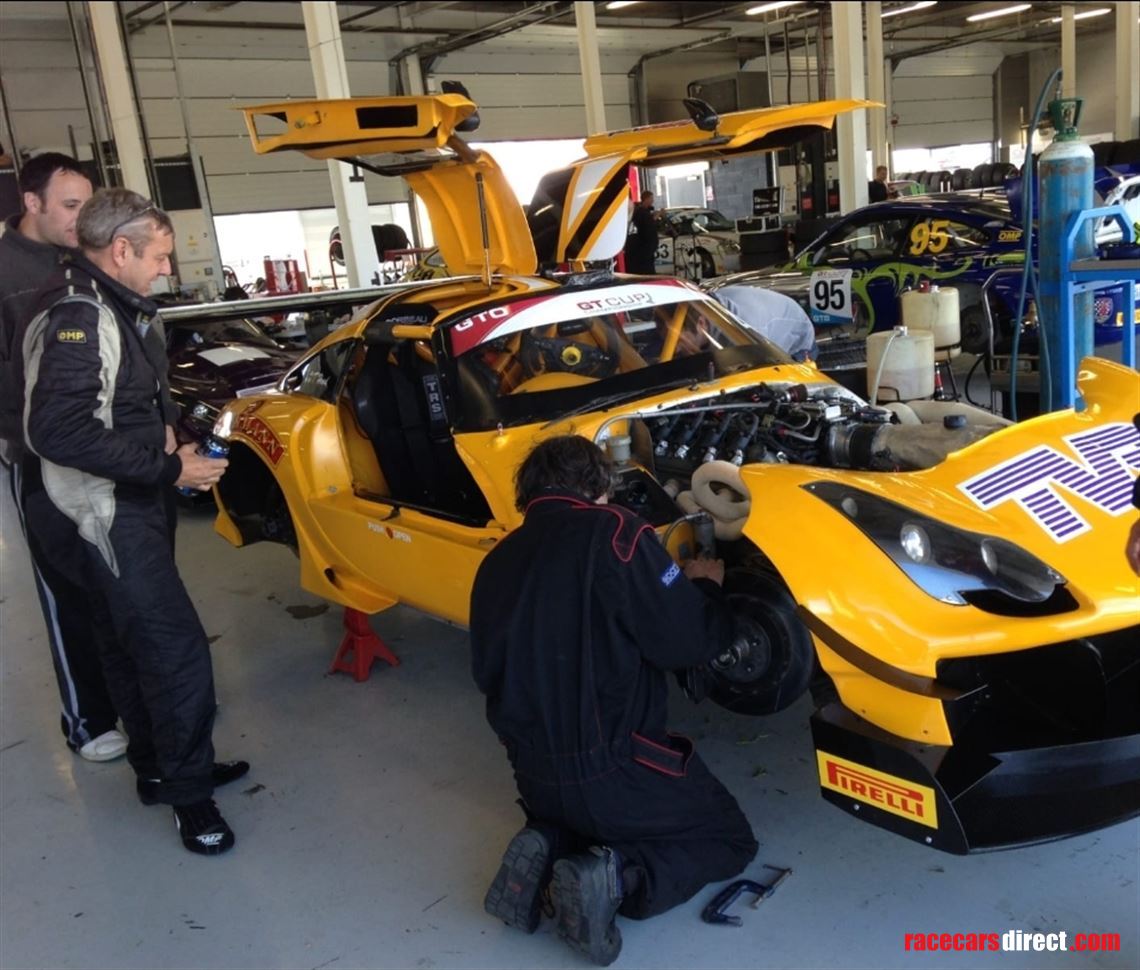 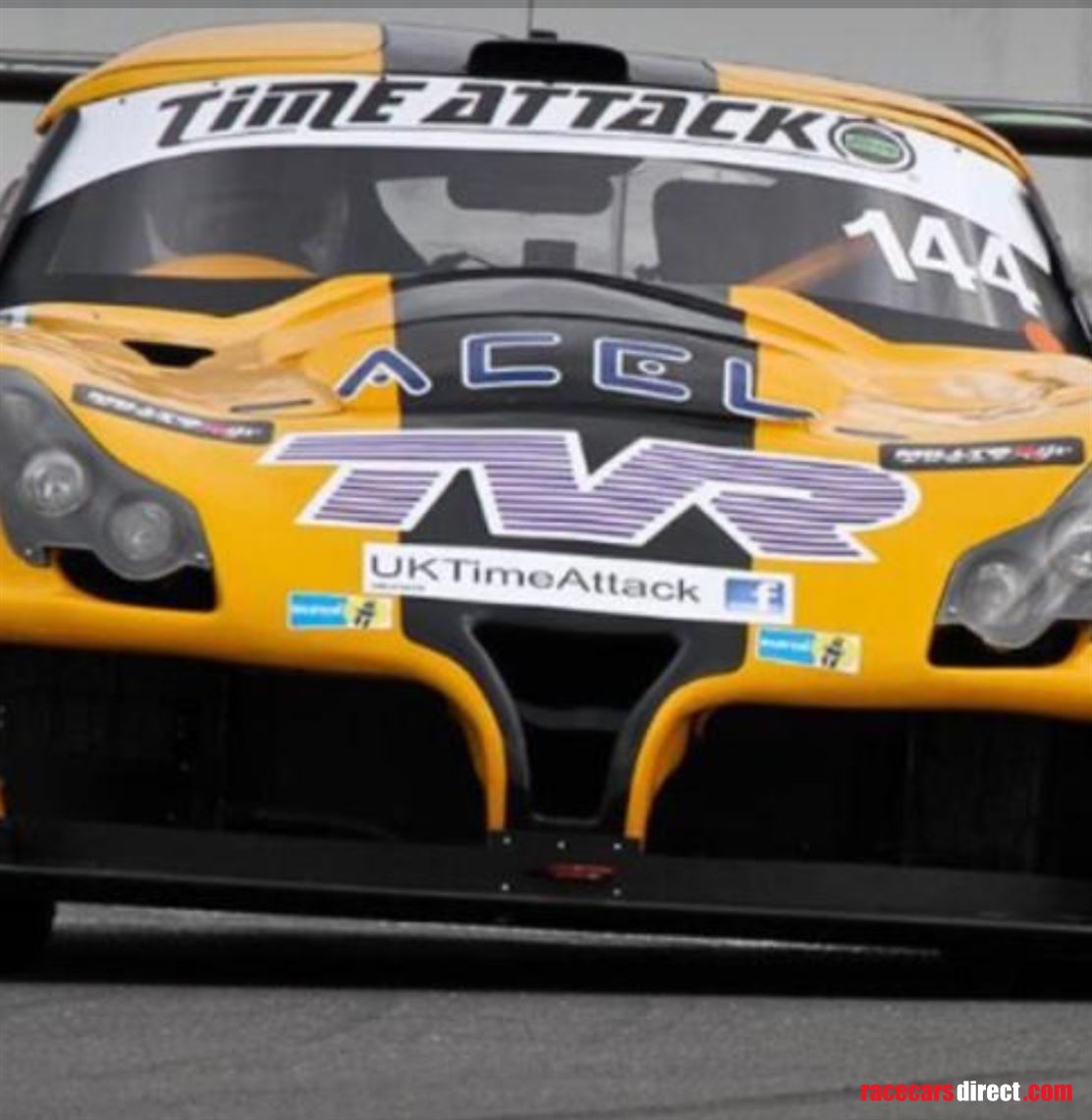 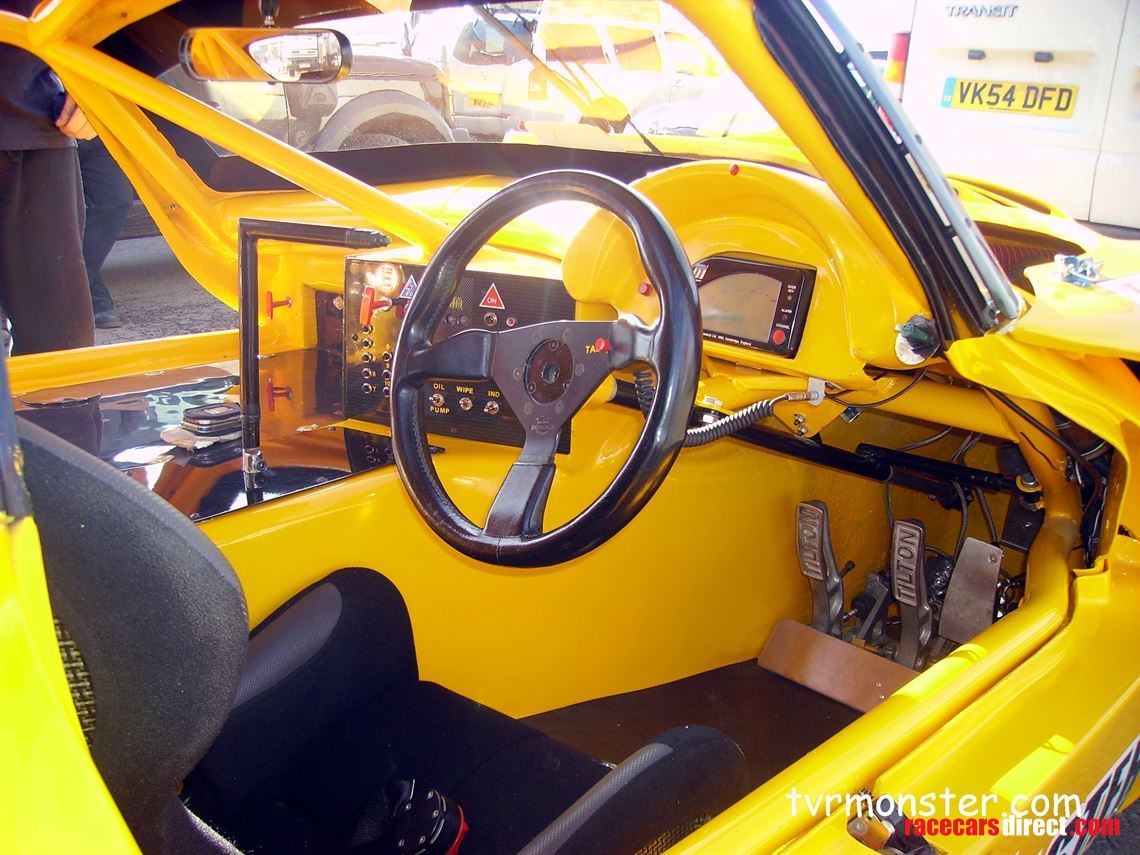 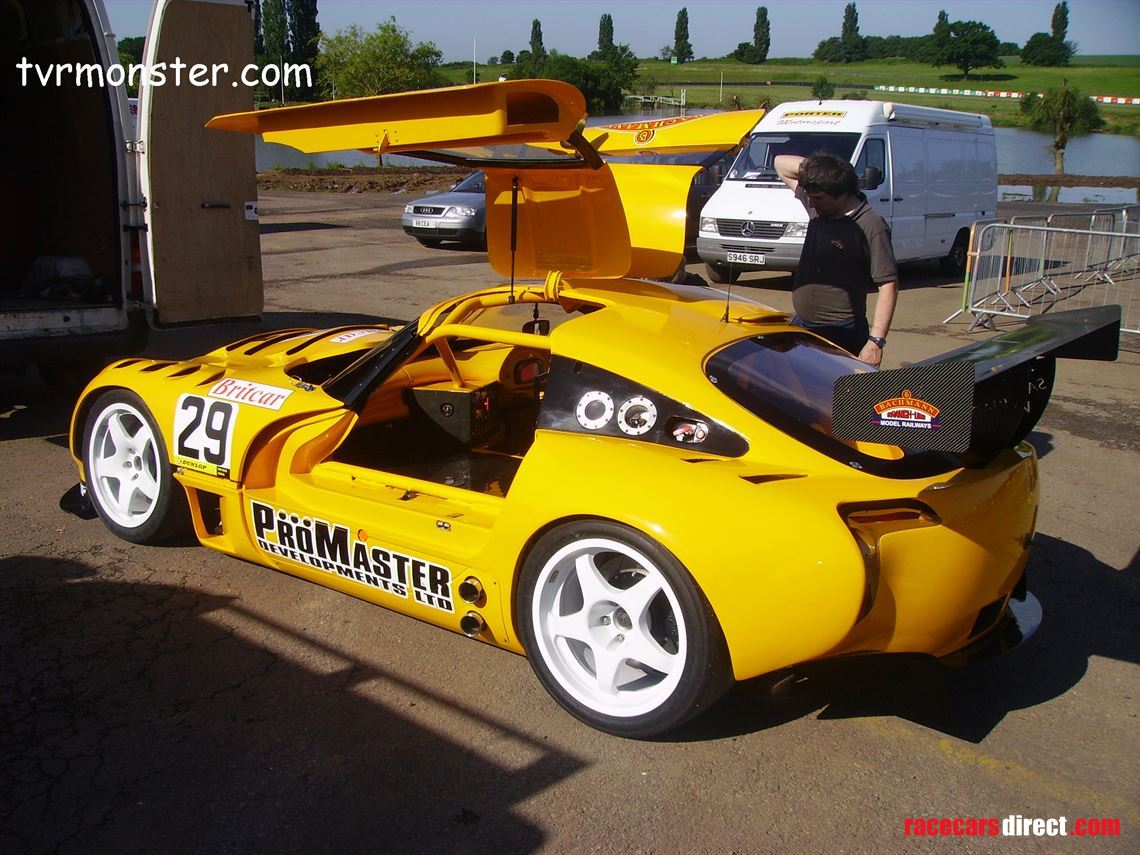 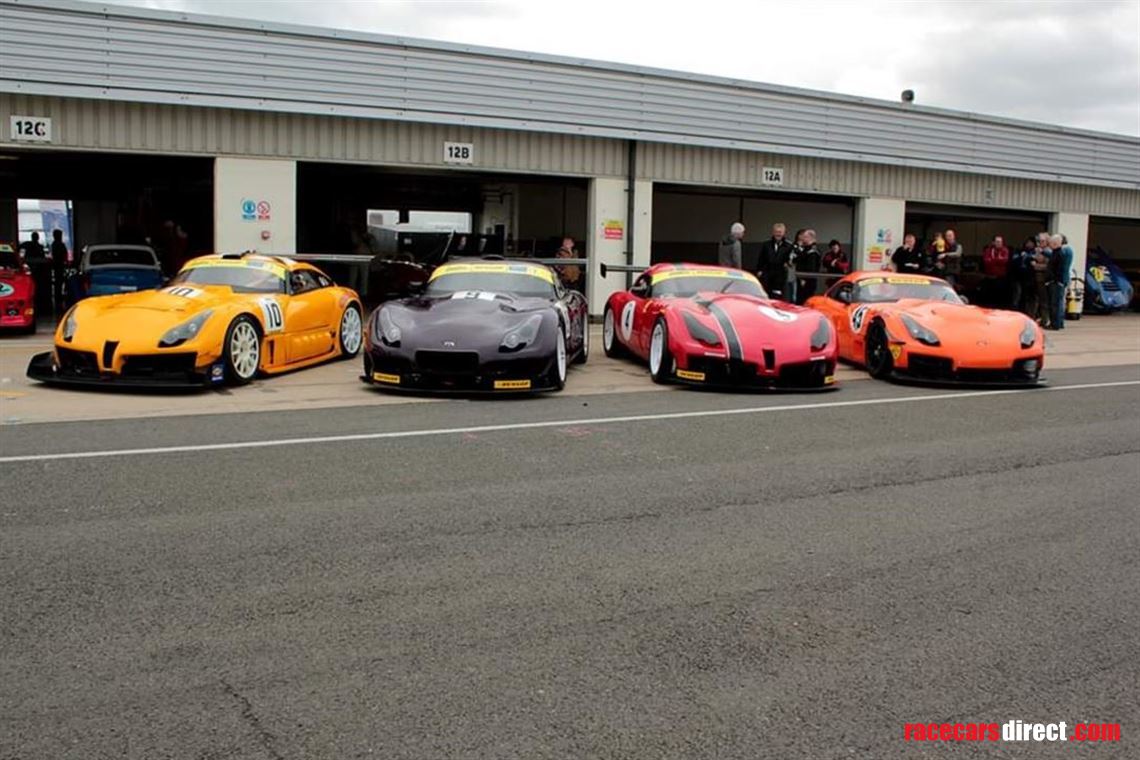 The first and only Gull-Wing Sagaris. Built by TVR specialist builders GTF, this Sagaris was commissioned in 2008 to be the ultimate race Sagaris that the factory never got around to building.

This was the fourth GTF Sagaris (on build, now 7 ) and was built to compete in endurance racing (specifically the 24hrs). It was also the first GTF Sagaris to be built from completely new components, rather than developed from a TVR Tuscan Challenge car as the first 3 had been. Every component being new and an evolution of the highly successful AJP Sagaris' but based on a Chevrolet LS7 and Quaife Sequential powertrain. This producing up to 650bhp in development.

To assist with the power, a full motec switchable ecu system was fitted along with launch control, paddle shift, flat shift, auto blip, pit lane limiter etc. As endurance racing was the goal, a 120L ATL bag tank, dry break refueling, centrelock hubs and air jacks were also installed. During development however, the car ran in The TVR Challenge winning every round it competed in. It's prodigeous power and traction making it a more than capable sprint car in all conditions.

The car has competed in several endurace races, including Britcar, DSC, MSV All comers and the 24hrs where it completed the race on both occassions. Even with all the power, the car is very easy and forgiving to drive. The various systems (paddle shift and traction control) make it a joy race as I can personally confirm.

The car is offered with wets, air jack and refueling tools and some panel spares. The engine (currently LS7) has @4hrs and the gearbox (Q69G)  @14hrs. Clutch is brand new. The Fire system was to new regs in 2020 and belts are in date. The car is yellow but currently wears BMW blue peelable paint by Matt-Pack.

This is a great opportunity to buy a unique GT car at a fraction of its build costs. Available to view by appointment only.

Unique Ford MK1 has been restored to an exceptional standard