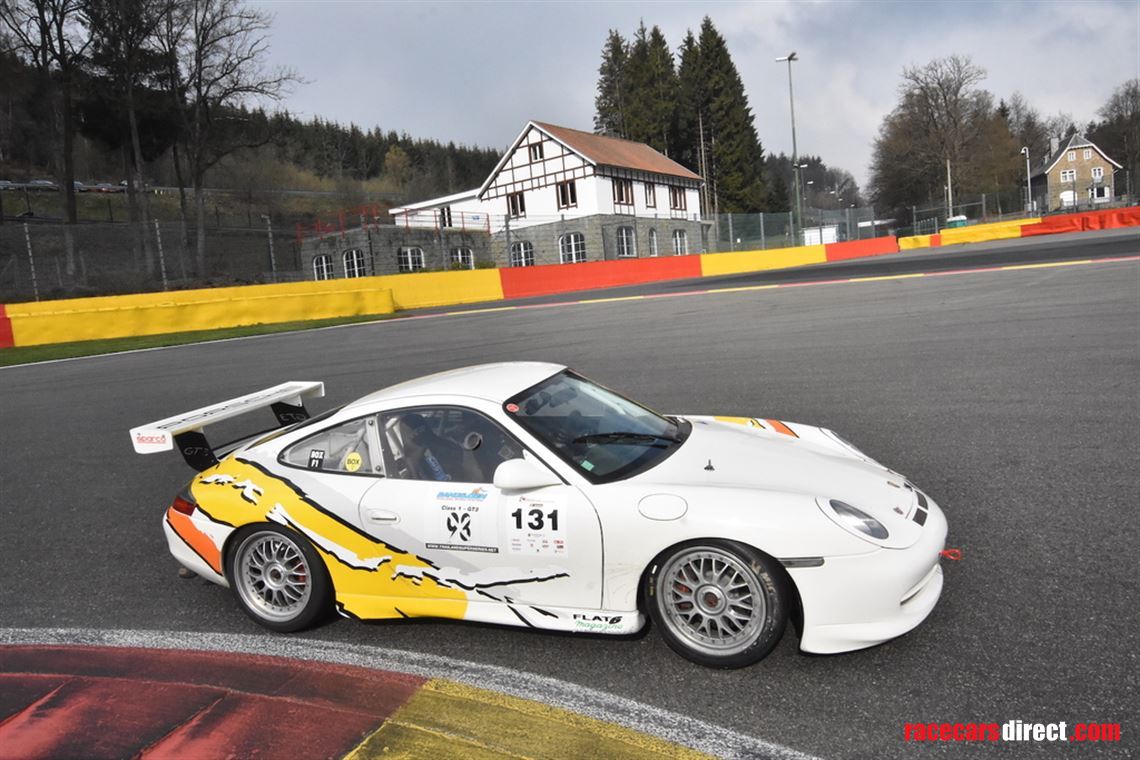 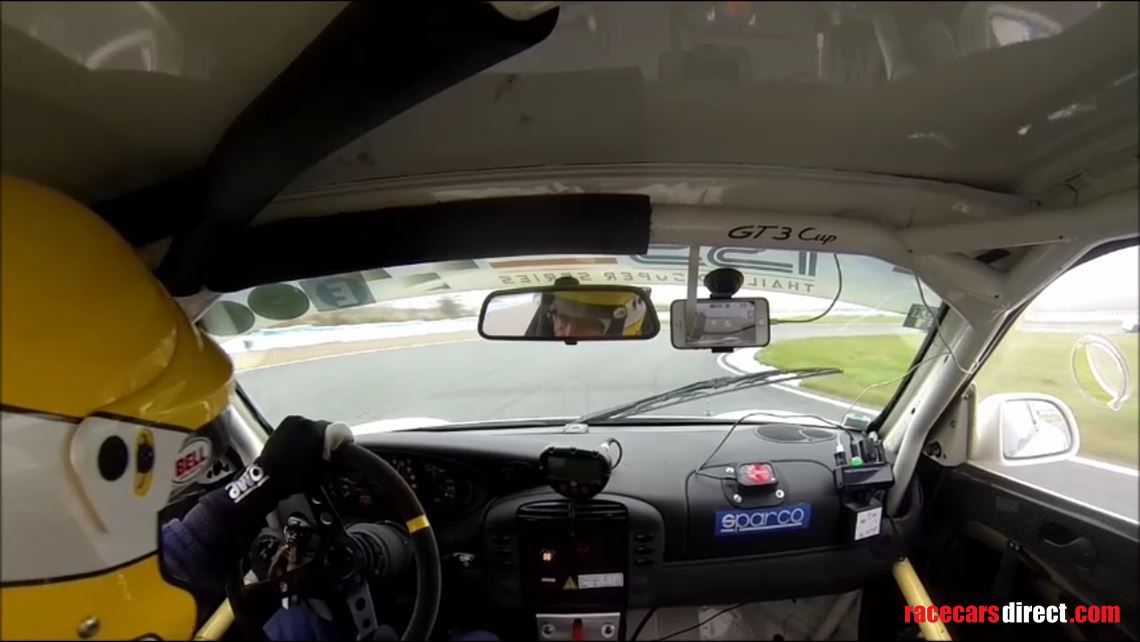 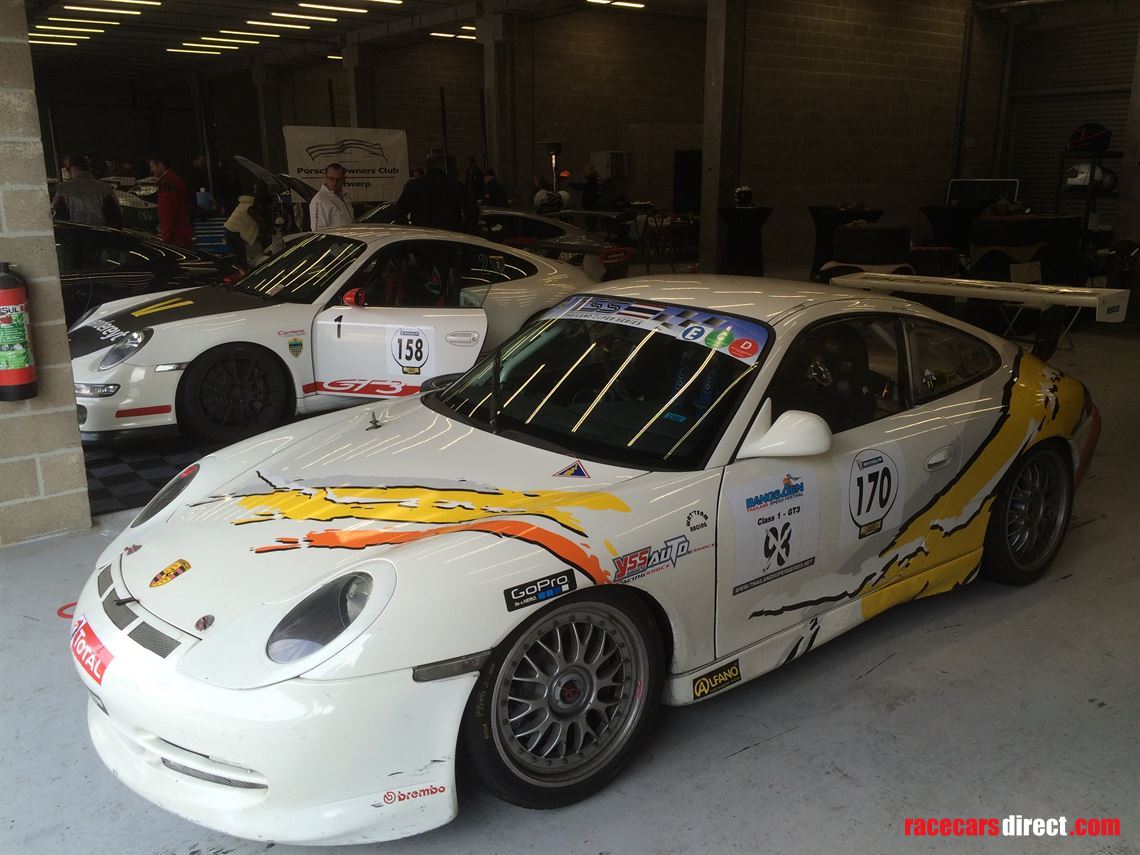 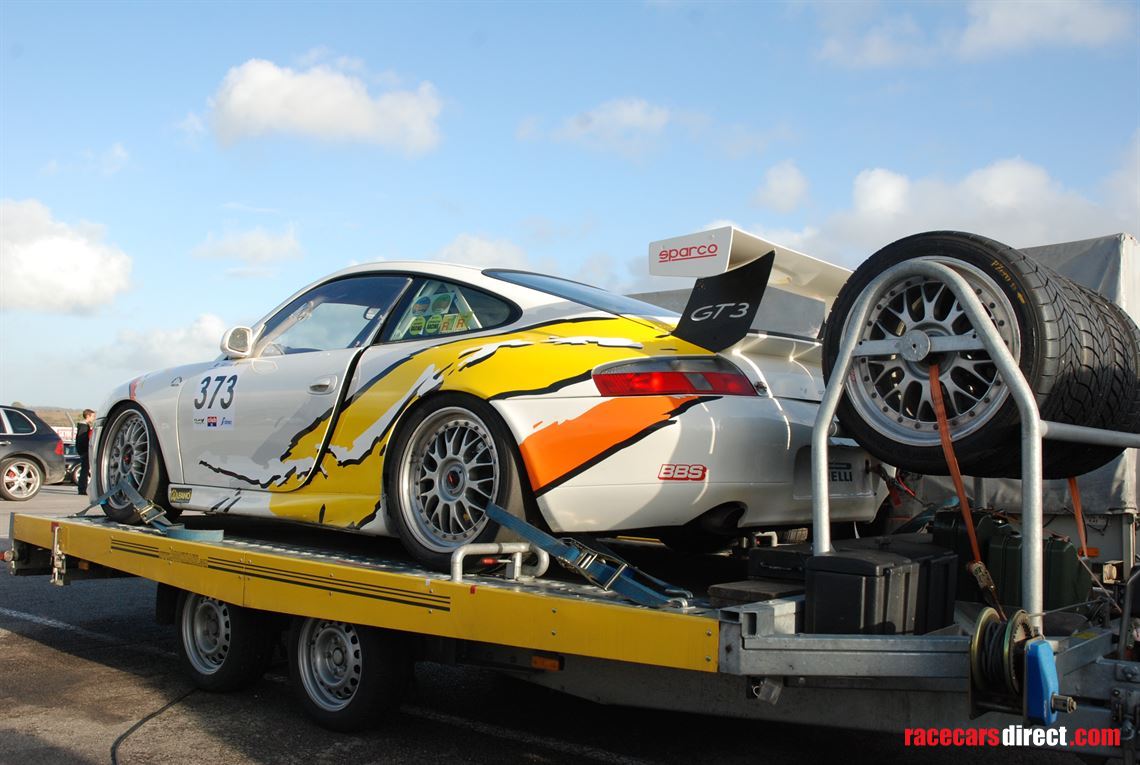 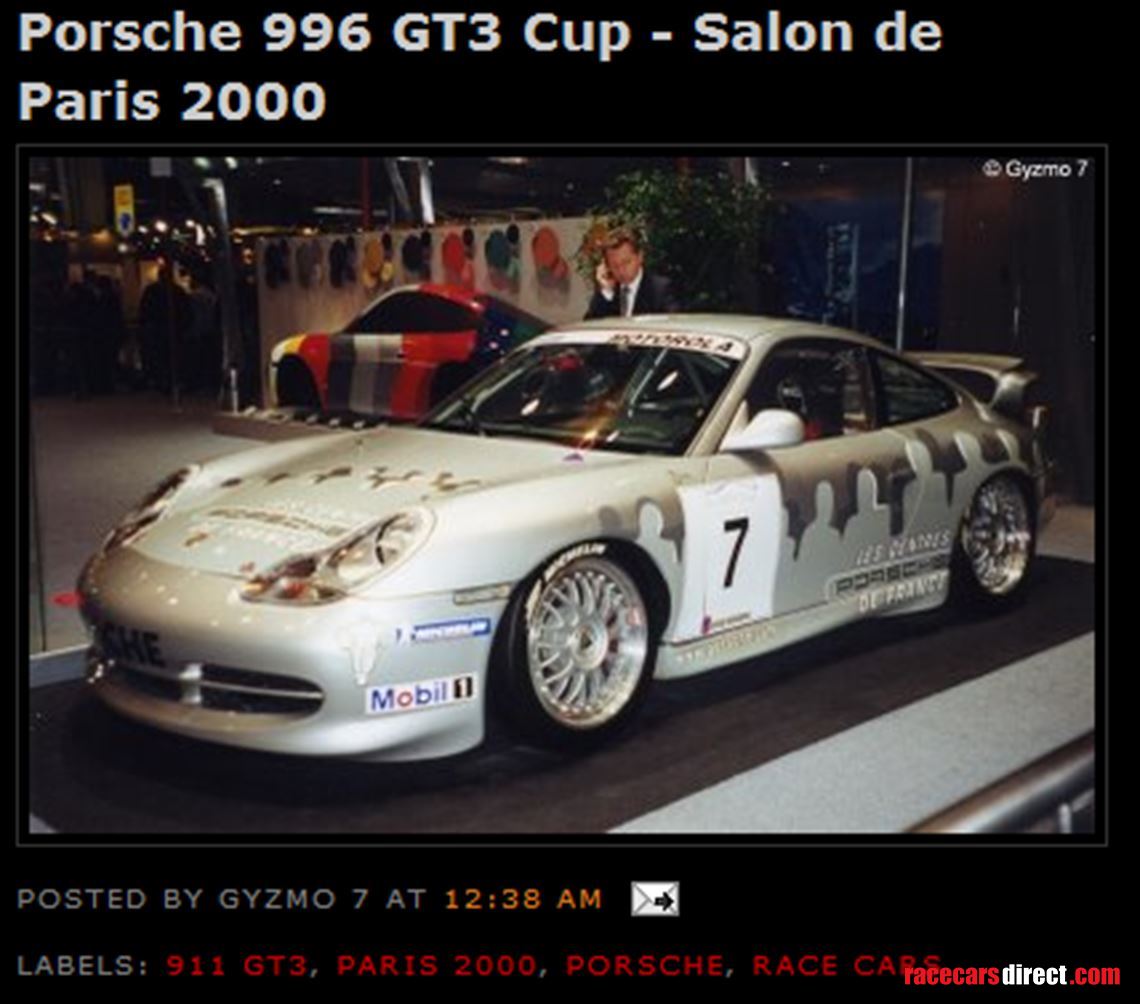 Brief history of the car

The car was initially prepared and sponsored by a group of Porsche Dealers in order to participate to the 2001 Carrera Cup competition.

2000: Presentation at the Mondial Auto of Paris

2001: Participation to the Porsche Carrera Cup

2002: G. Stievenart (Owner of “Circuit automobiles-Abbeville” and of French “Flat 6 Magazine”) has purchased the car with the intent to rent it for further competition

At that time it was repainted in white

The car has finished 6th of the championship, with 4 podiums and 3 times 2nd

2004: Cession to a member of the « Club Porsche 911 Tourcoing-France », for an exclusive use in track-days

2007: Cession to the present owner for exclusive use in track-days

A new covering was added

The car comes with:

The car can be seen in Lille, northern part of France