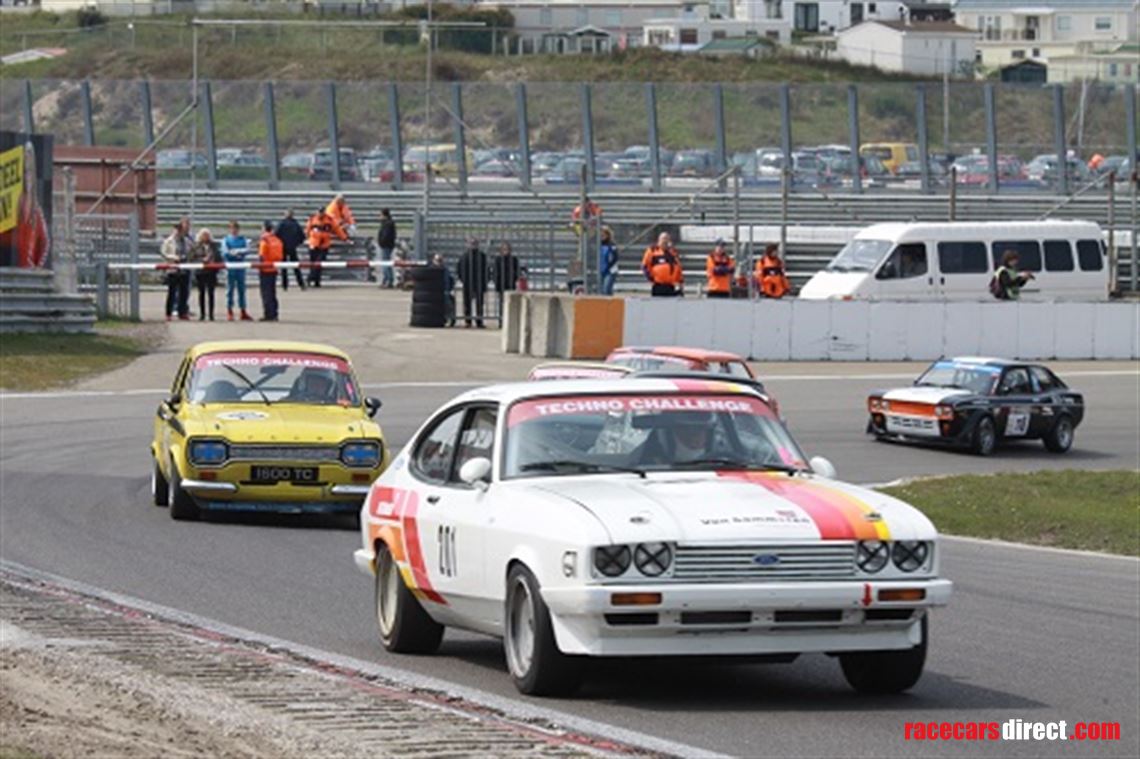 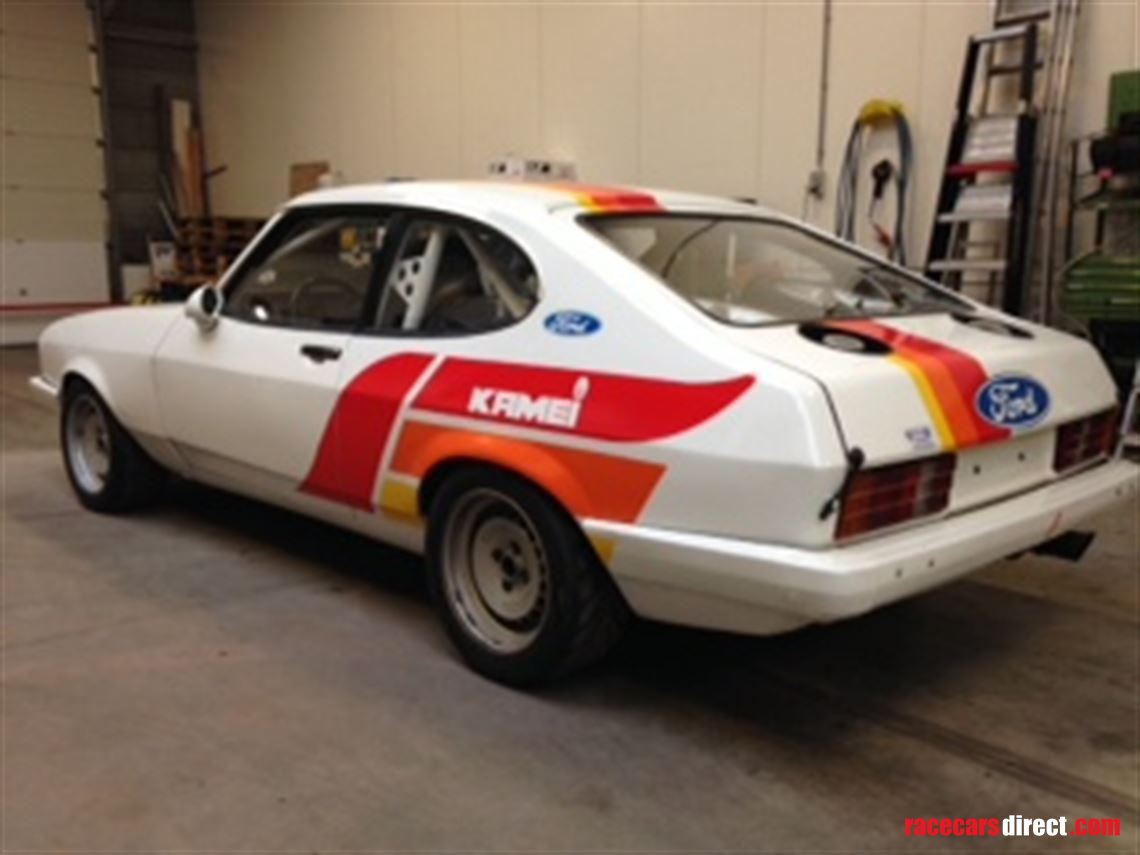 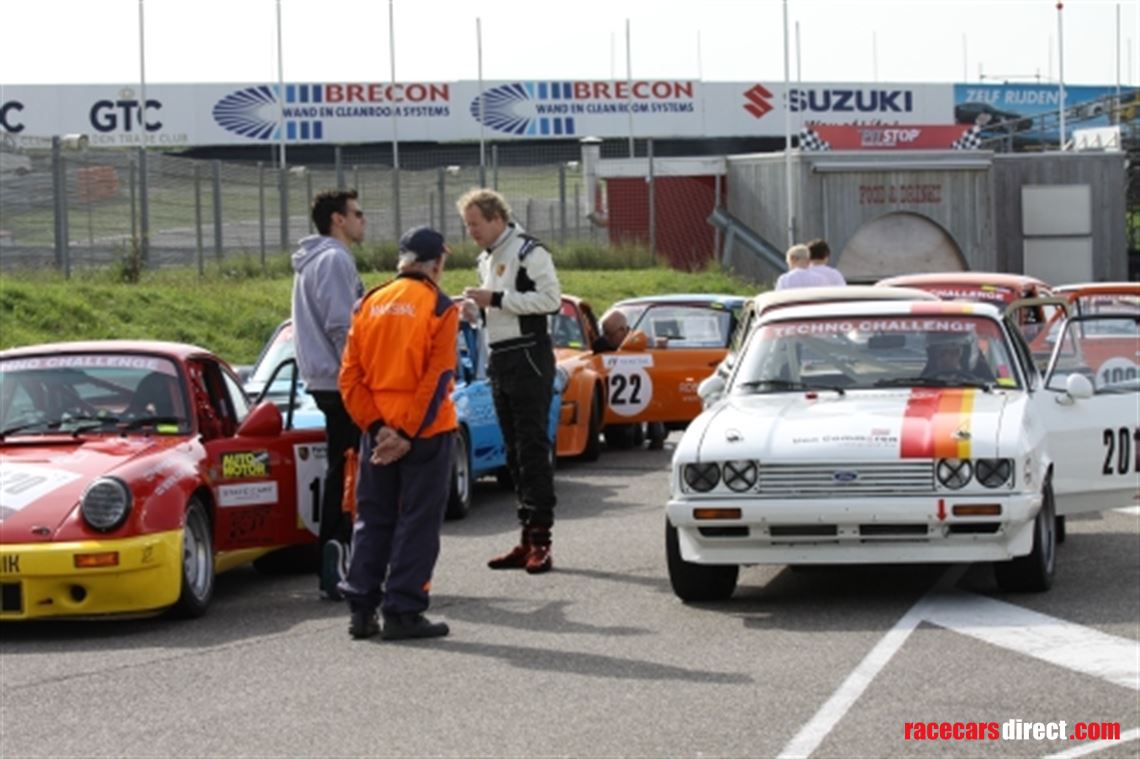 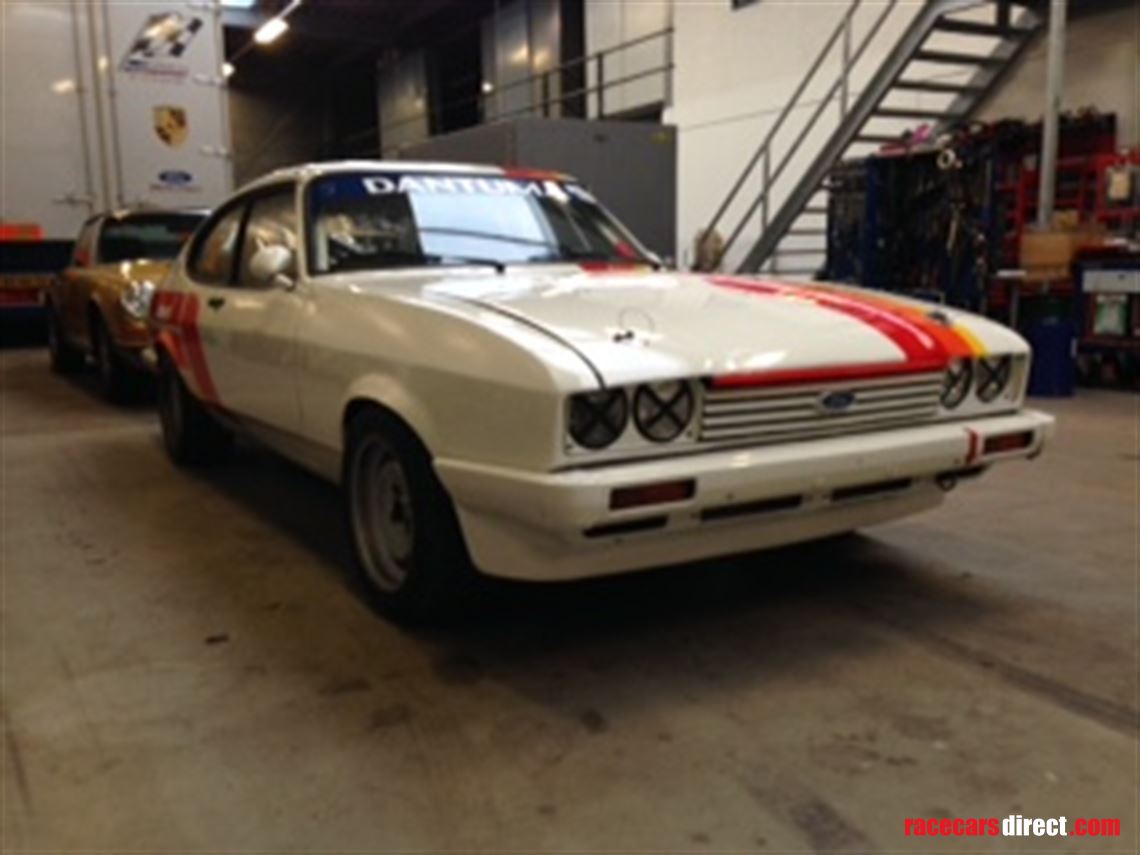 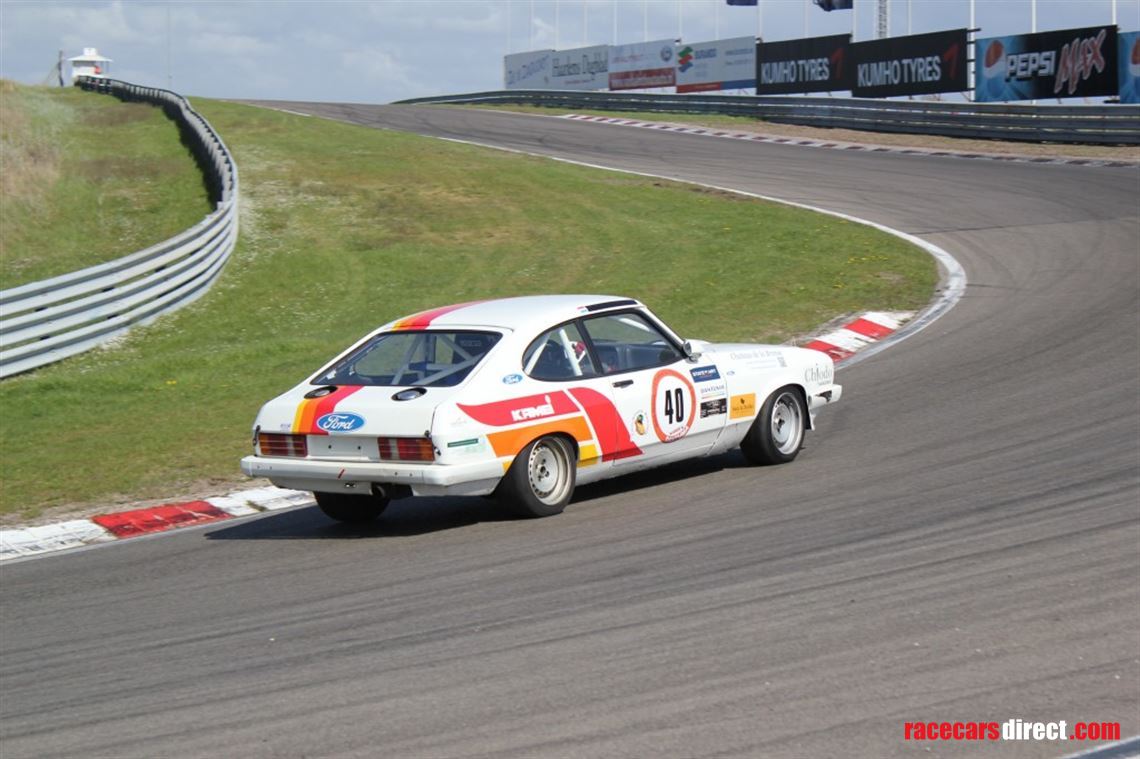 ·         Built in period by Classic Competition (the Netherlands)

·         Driver at the time, Dieter Gartmann (winner of 24h Nurburgring with Klaus Ludwig), placed on autograph on the roof of the car

This MK III Ford Capri was acquired and built by the renowned Eichberg racing team in 1978. The car first participated in the German ONS-Rundstreckenpokal with Dieter Gartmann as driver. In 1979 the car was sold to Wulf-Gunter Schumacher who also participated in the same championship.

In the years thereafter the car participated in various long-distance races, mainly in Germany. In 2004 the car was acquired by the current owner who decided to completely rebuild the car by Classic Competition. The bodyshell was restored and was painted in the distinctive Eichberg colours. During the Oldtimer Grandprix in Germany in 2013 the former driver Dieter Gartmann immediately recognized the car and agreed to place his autograph on the roof of the car.

It was decided to rebuilt the original Eichberg 3.0 Litre V6 with a focus on drivability and reliability, hence a Holley carburetor was fitted which contributes to a smooth power transmission and reliable output. Still, the car delivers on or around 235HP and 260NM of torque.

Plenty of spare parts are available (including 2 engines (including the another original Eichberg engine, gearbox, rear axles, etc) for sale (to be negotiated).