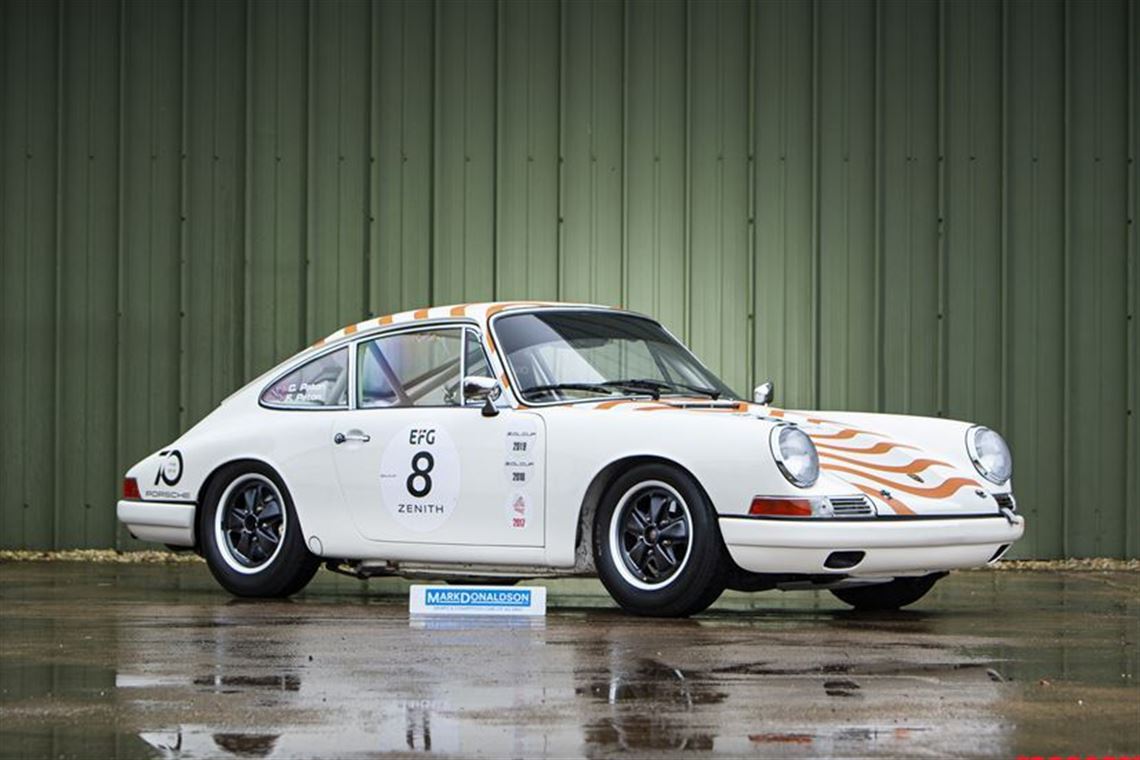 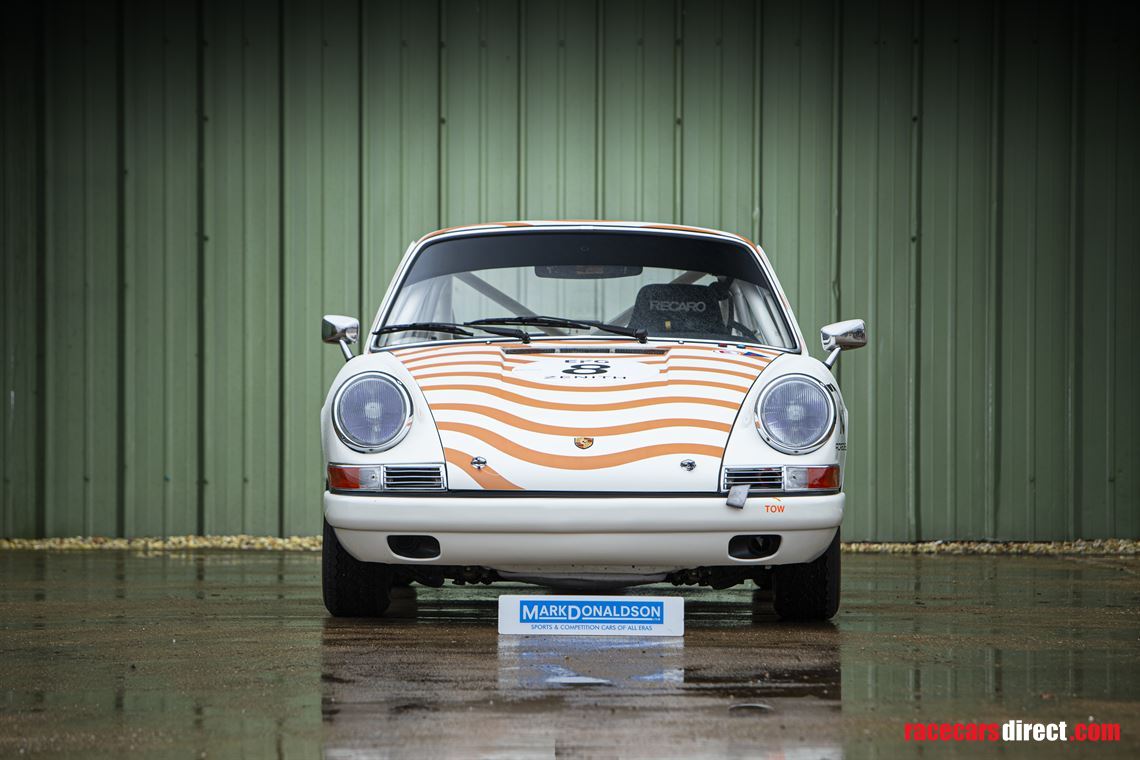 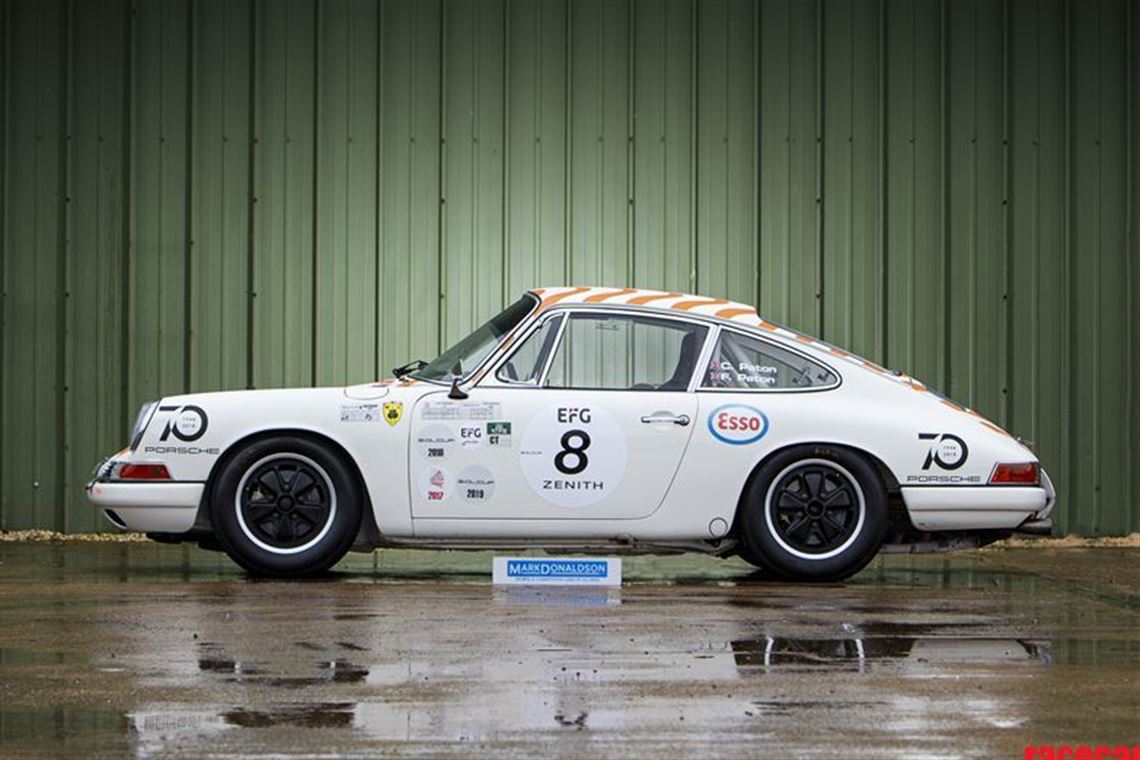 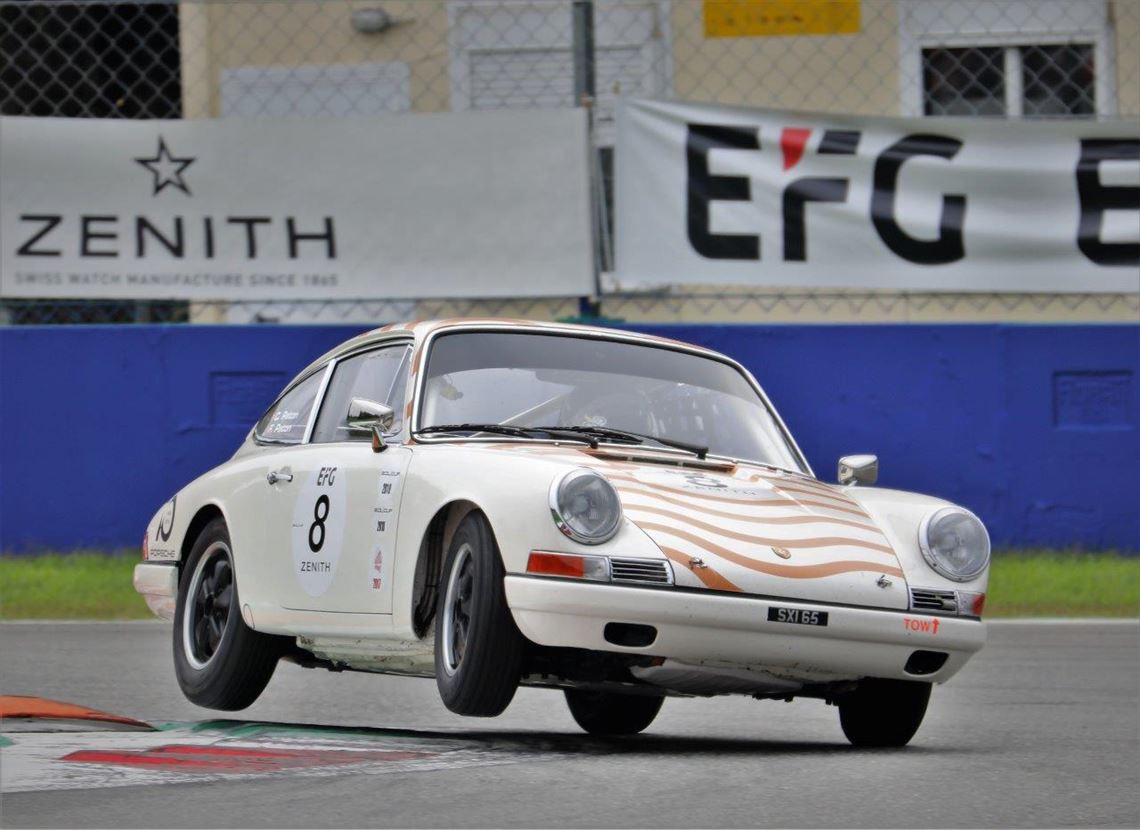 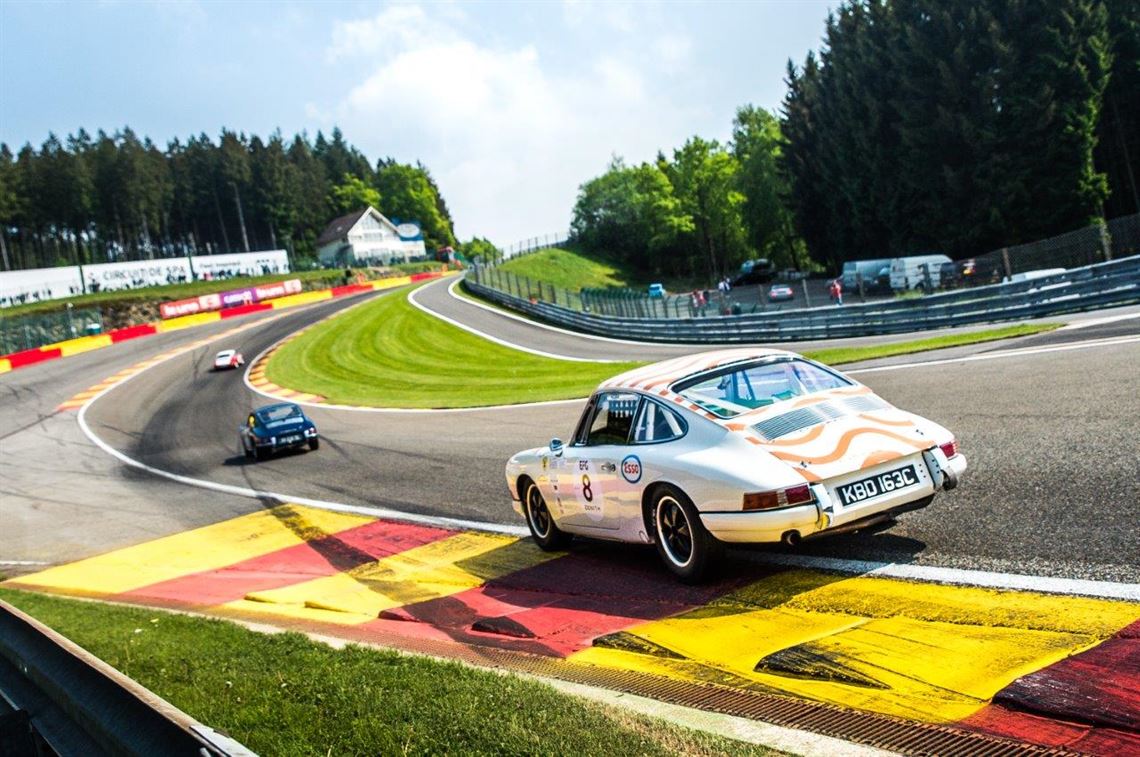 OVERVIEW
-
Introduced in 1963 as the 901 (and subsequently renamed due to a copyright claim from Peugeot), the Porsche 911 is, without doubt, the most successful Sportscar of all time. The 911’s signature coupe silhouette has graciously evolved continually ever since and remains the anchor of the Stuttgart brand to this day. Interesting to note also is that the 911 and the rear-mounted flat 6 engine configuration have never parted either.

Motorsport and the 911 are synonymous within Porsche’s roots. On both track and stage, the 911 has long since brought home the laurels and across all eras, they still do to this day. The Pre (end of) 1965 cut-off for the early, SWB, 2.0 911 offers an array of Historic Motorsport opportunities. Not only in rallying and Touring events - such as Tour Auto and the Modena Cento Ore - but in a variety of Pre-66 GT grids. As well as, of course, the Peter Auto 2.0 Cup.
-
HISTORY
-
On file we have a Porsche GB issued letter denoting the car we have on offer as being built in November 1965, finished in Light Ivory with Black leatherette, optioned with a Webasto roof and delivered to Burlingame in Northern California, USA.

A 1996-issued RAC Log Book records prior Norwegian ownership and by this time, the car had already been converted to a rally car. In 2004, the ownership changed to that of Historic Porsche preparer Francis Tuthill and it was then also UK road registered with a correct period number. Acquired by the current owner in 2015, the decision was taken to fully restore the car for Pre-66 circuit racing and these works were undertaken by leading outfit Tuthill Porsche in Oxfordshire, UK.

Used sparingly in 2016 and 2017 in GTSCC, Peter Auto Pre-66 GT and the Spa Six Hours, it was entered in the inaugural (2018) season of the 2.0 Cup where it was a solid mid-field finisher. In early 2019, the owner opted to have the car prepared by Scott Sport and a development program followed. By the close of the 2019 season, the father & son driving duo had managed to up their game suitably and were now showing pace to rival the best of the Amateur teams on the grid, in turn earning themselves and the car a very strong reputation. 2020 being what it has, this lovely 2.0 has not raced but remains in fine fettle.
-
TECHNICAL/ CONDITION STATUS
-
Engine: 847 Kms since Neil Bainbridge rebuild. Correct small valve specification and requisite exhaust
Gearbox: 847 Kms since in-house rebuild at Scott Sport
Dampers: 847 Kms since rebuild
Rollcage: CUSTOM CAGES 2015 built with welded in base plates. 2018 update for additional rear cross bar
Fuel cell: M.E.RIN bag in Aluminium cell to latest design putting weight further over the front axle. tank valid until March 2022 (extendable)
Extinguisher: LIFELINE ZERO, 360 last serviced in January 2020
Seat: RECARO Profi SPA Composite (needs replacement for 2021)
Belts: PRIMA, expires end of 2021. Note SABELT side net also present
Glass: Polycarbonate, except windscreen
Overall weight hugely below homologated requirement hence 75 Kgs of ballast carried (and able to be placed where best required)