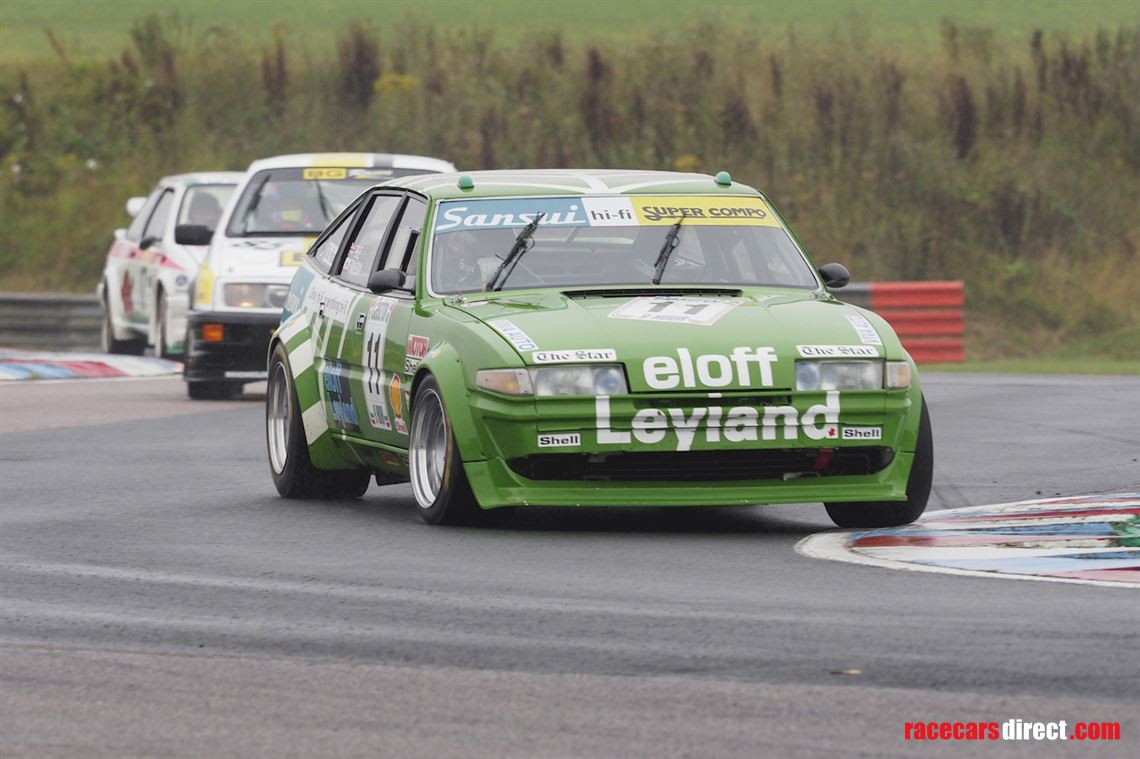 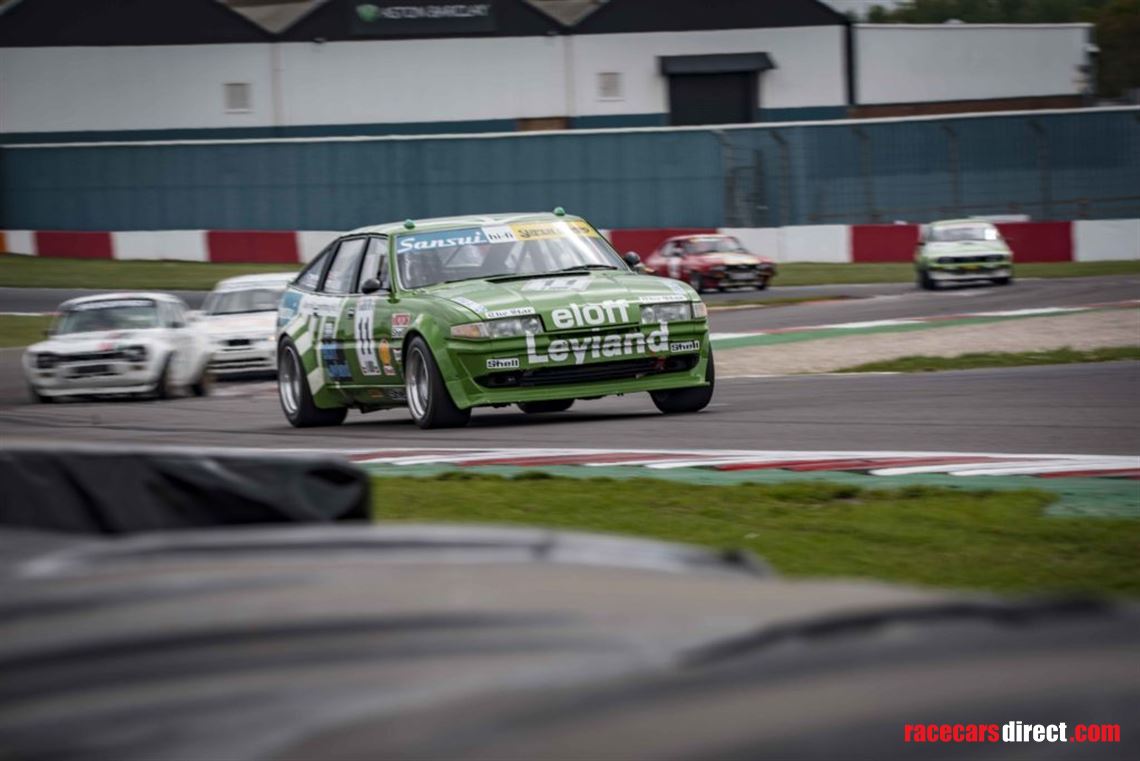 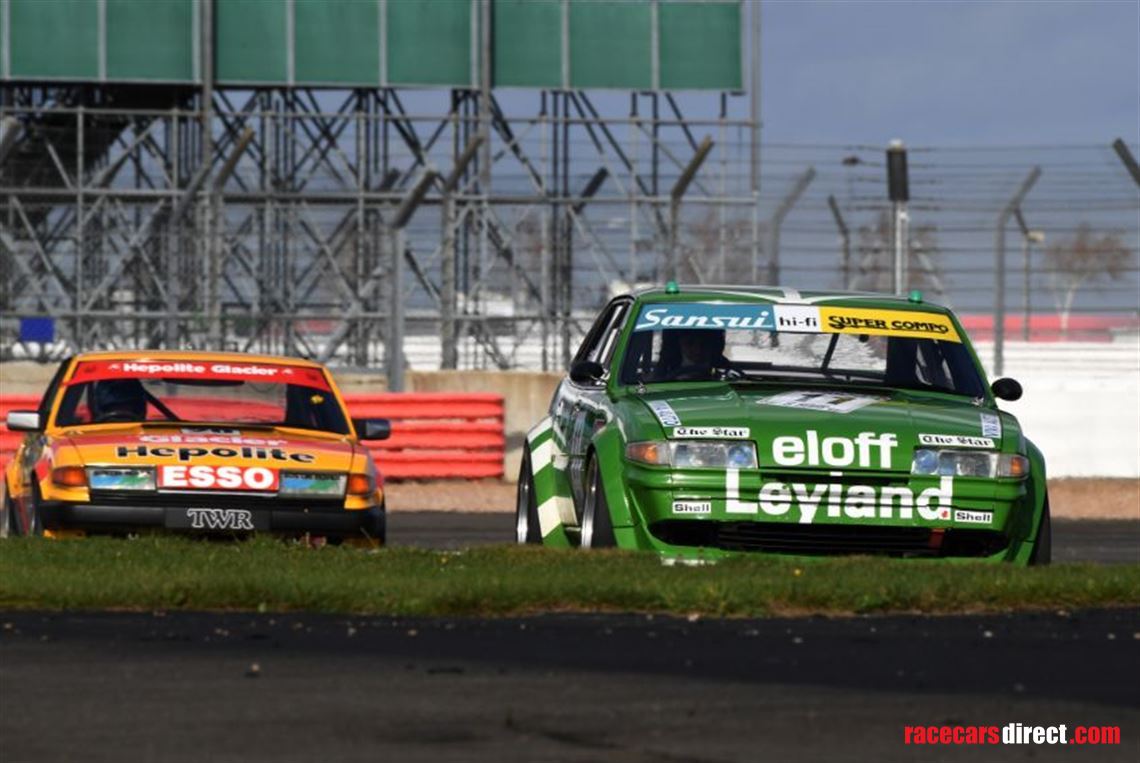 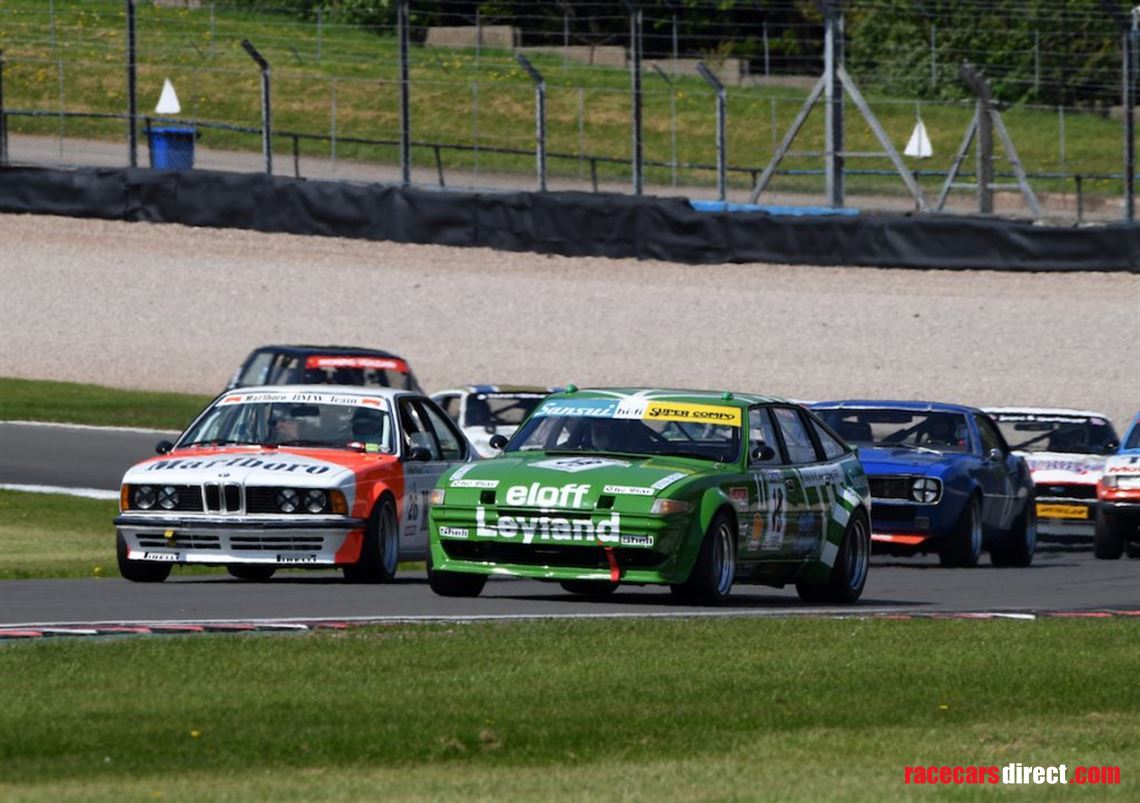 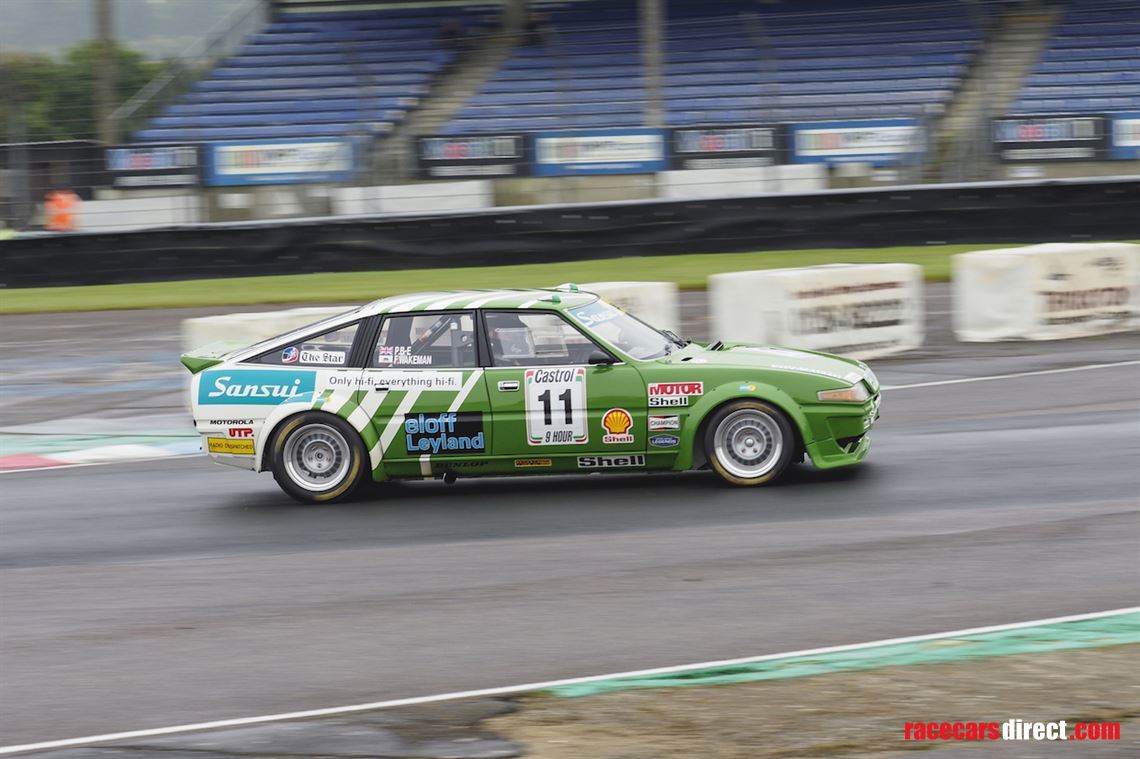 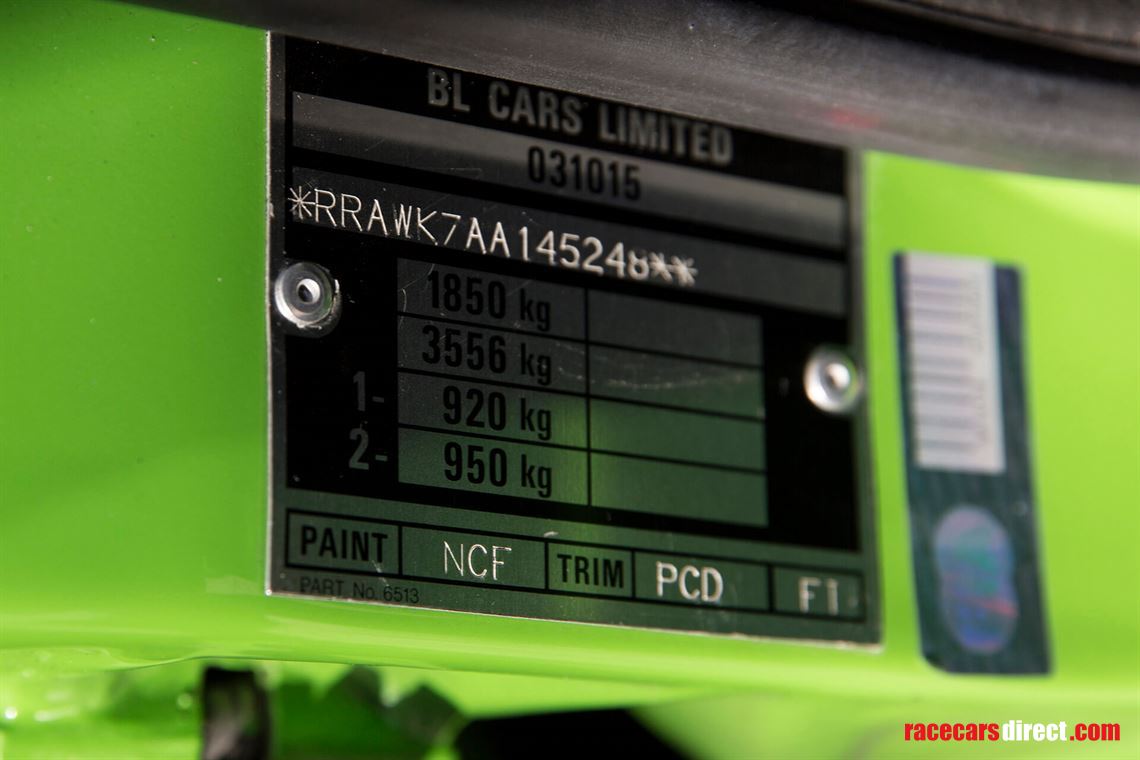 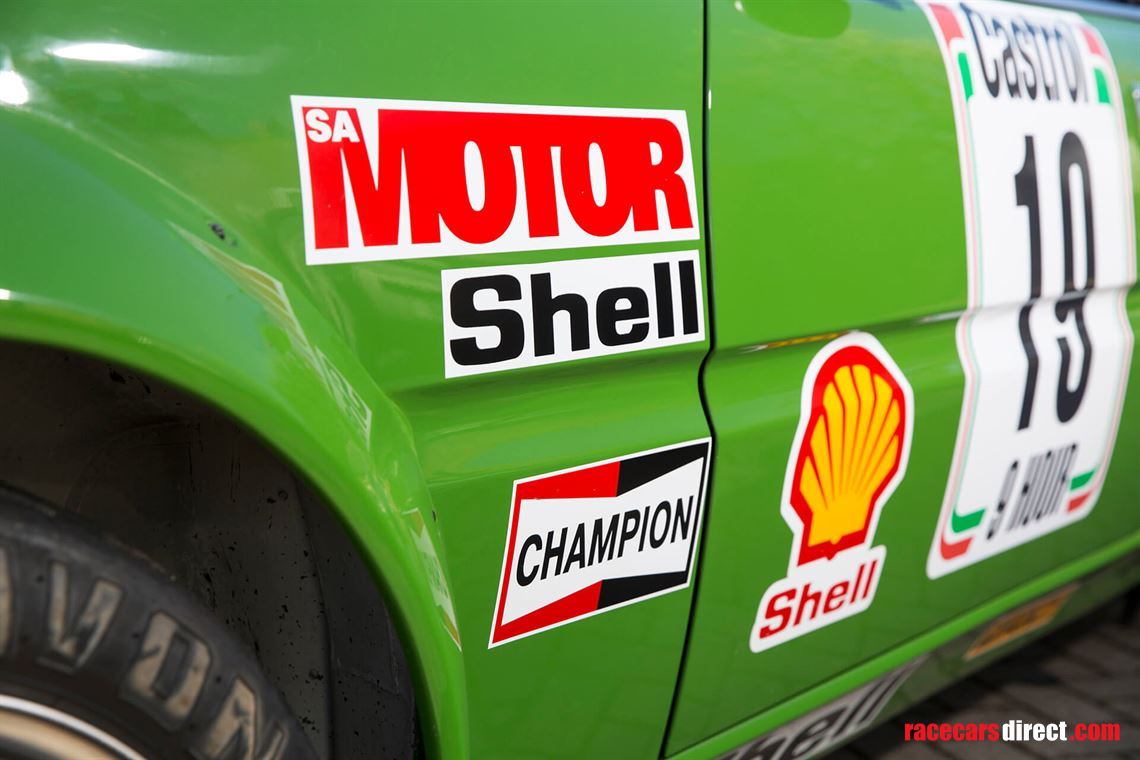 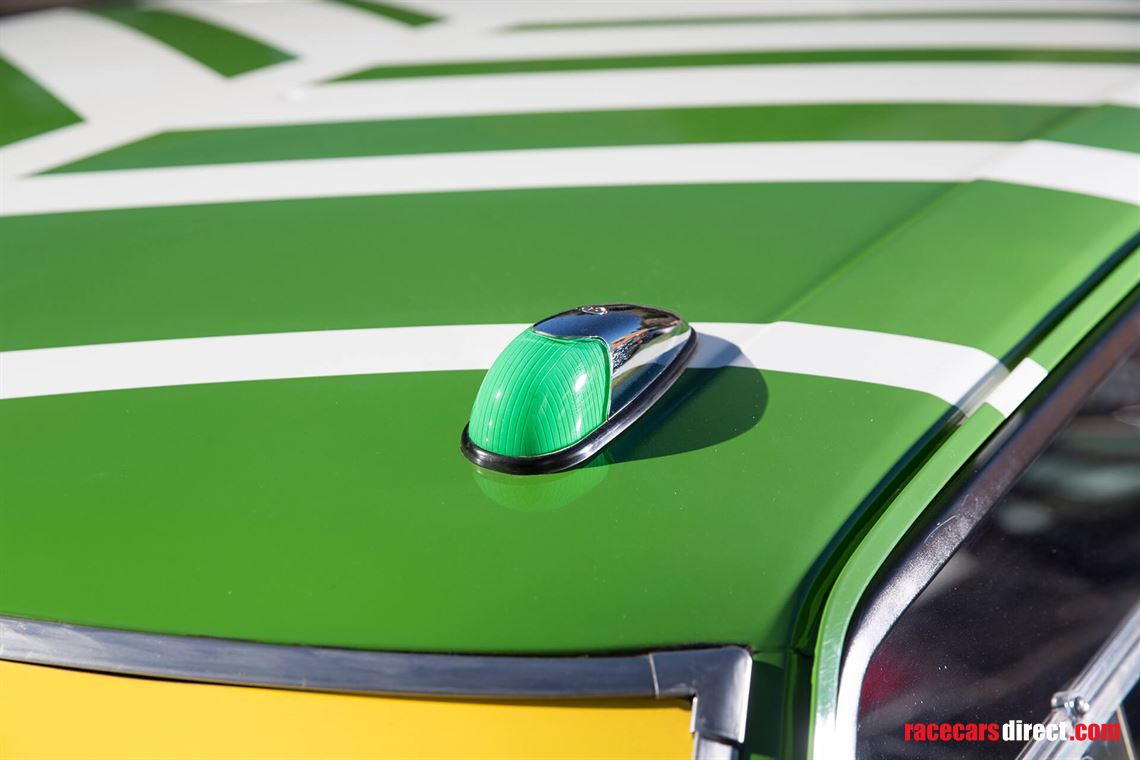 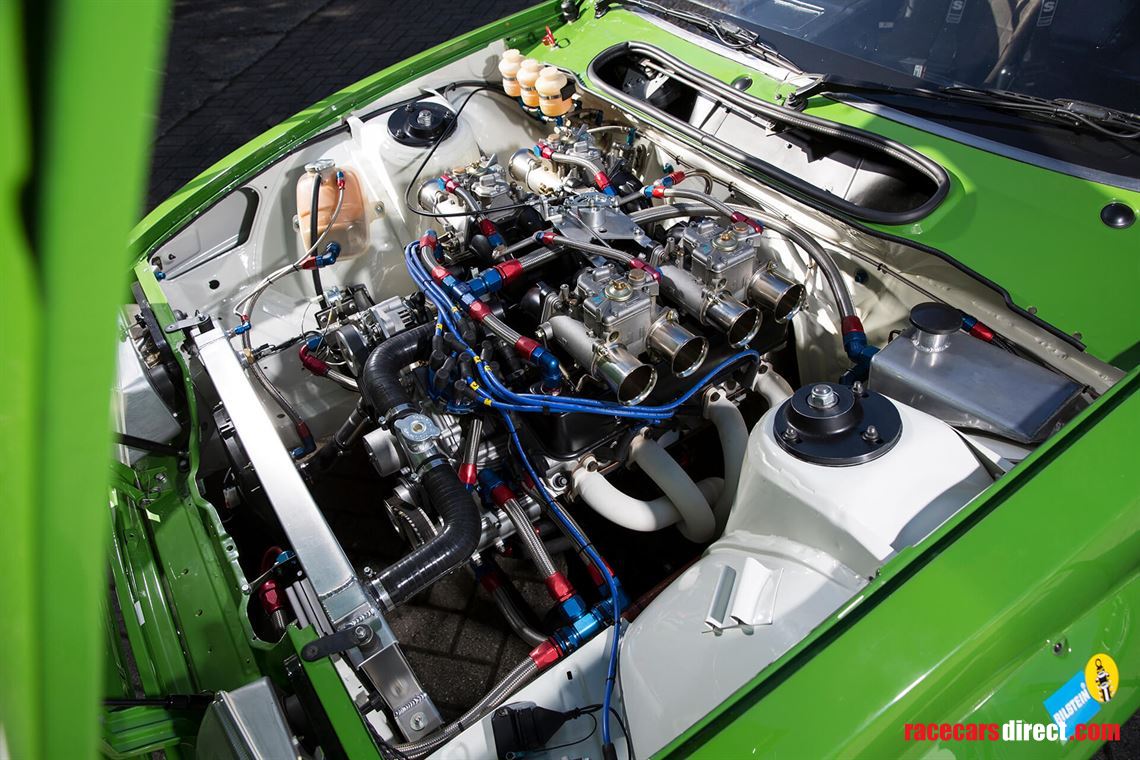 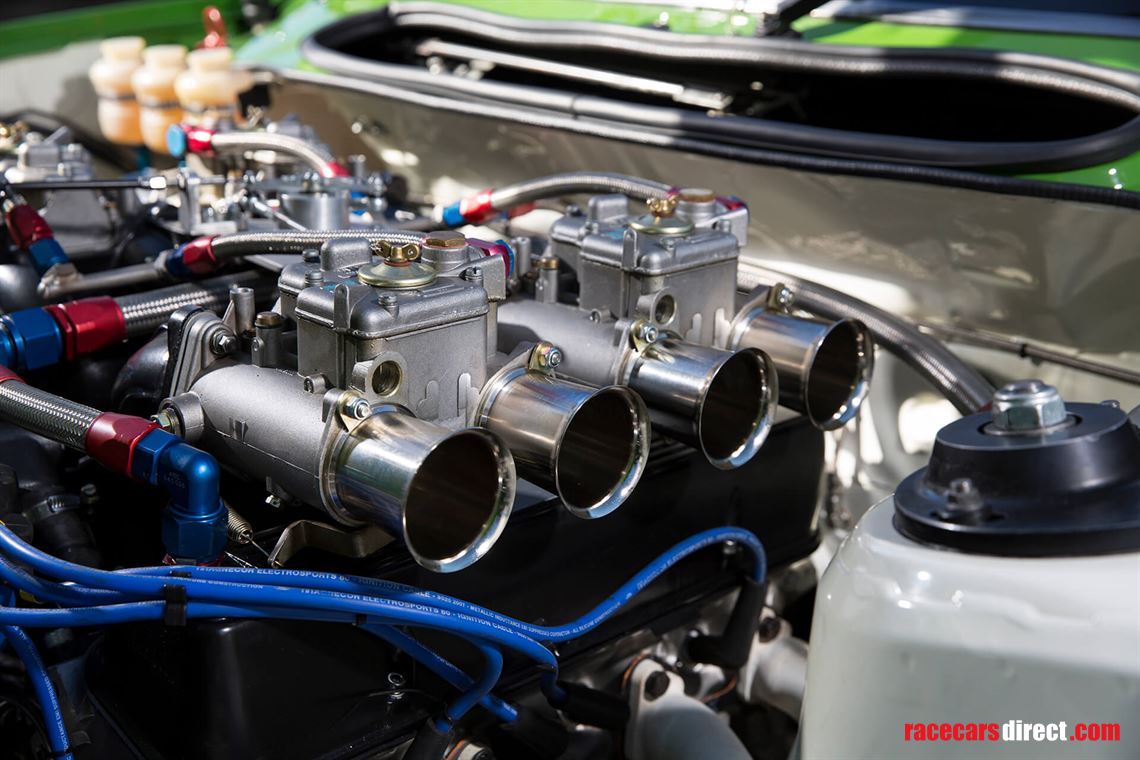 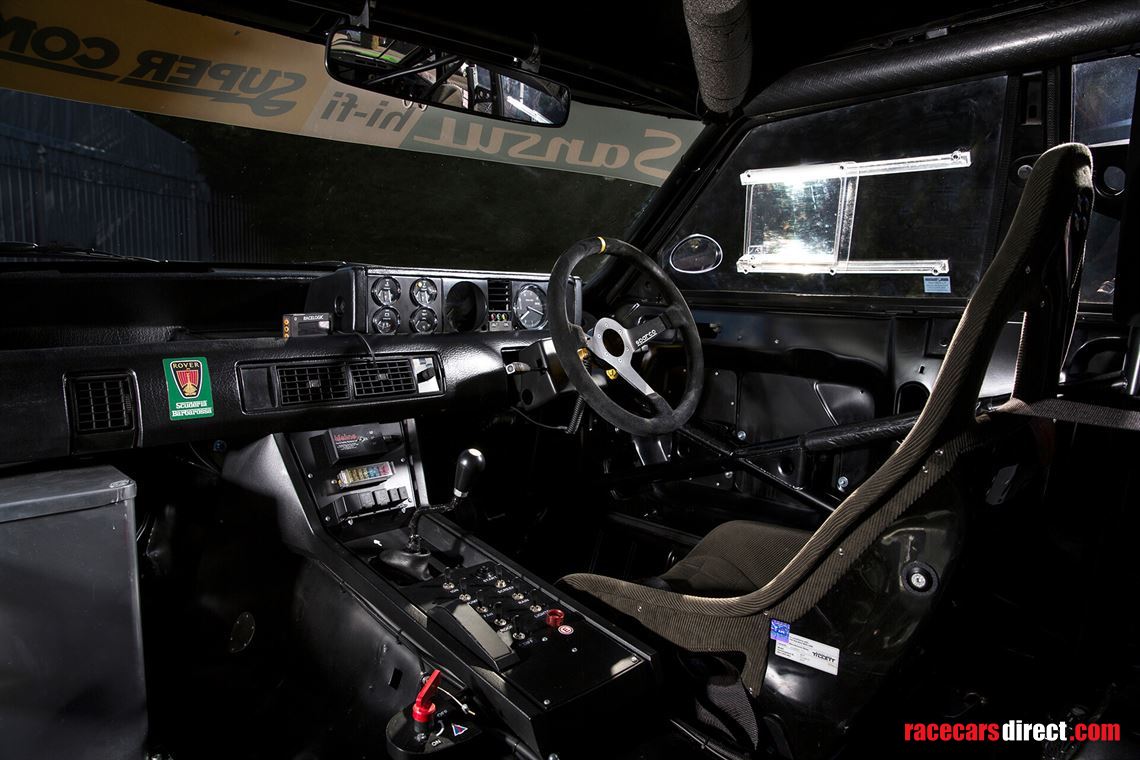 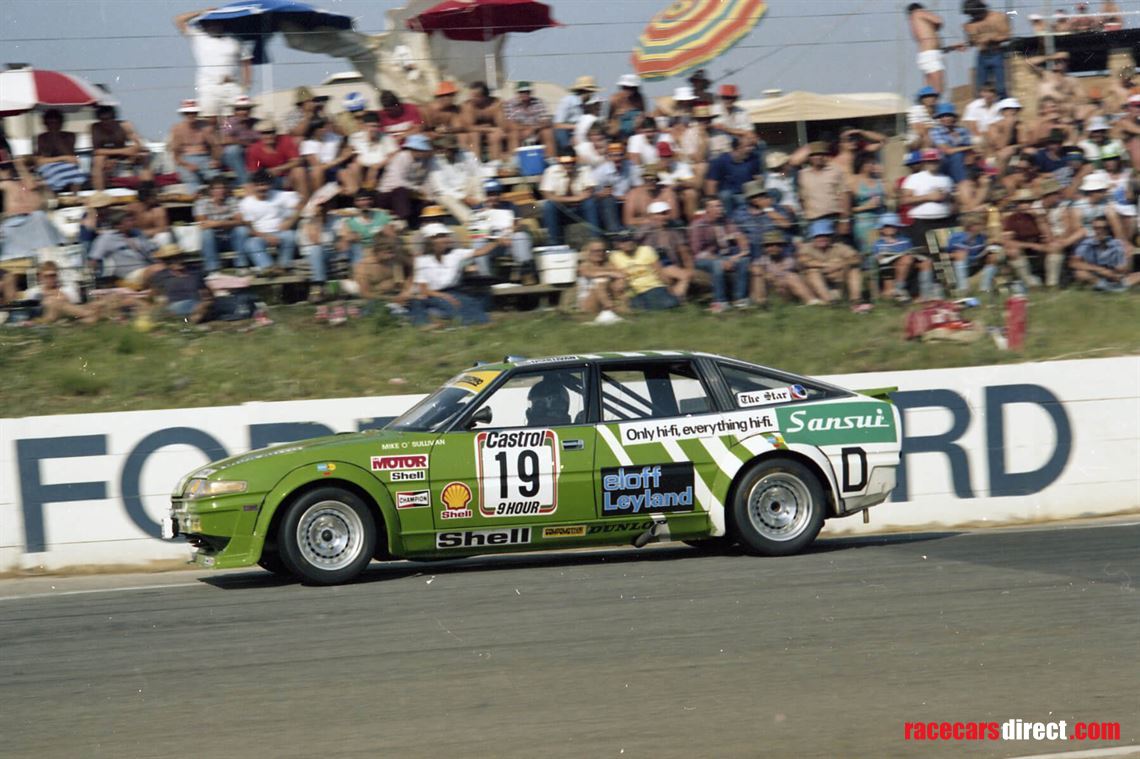 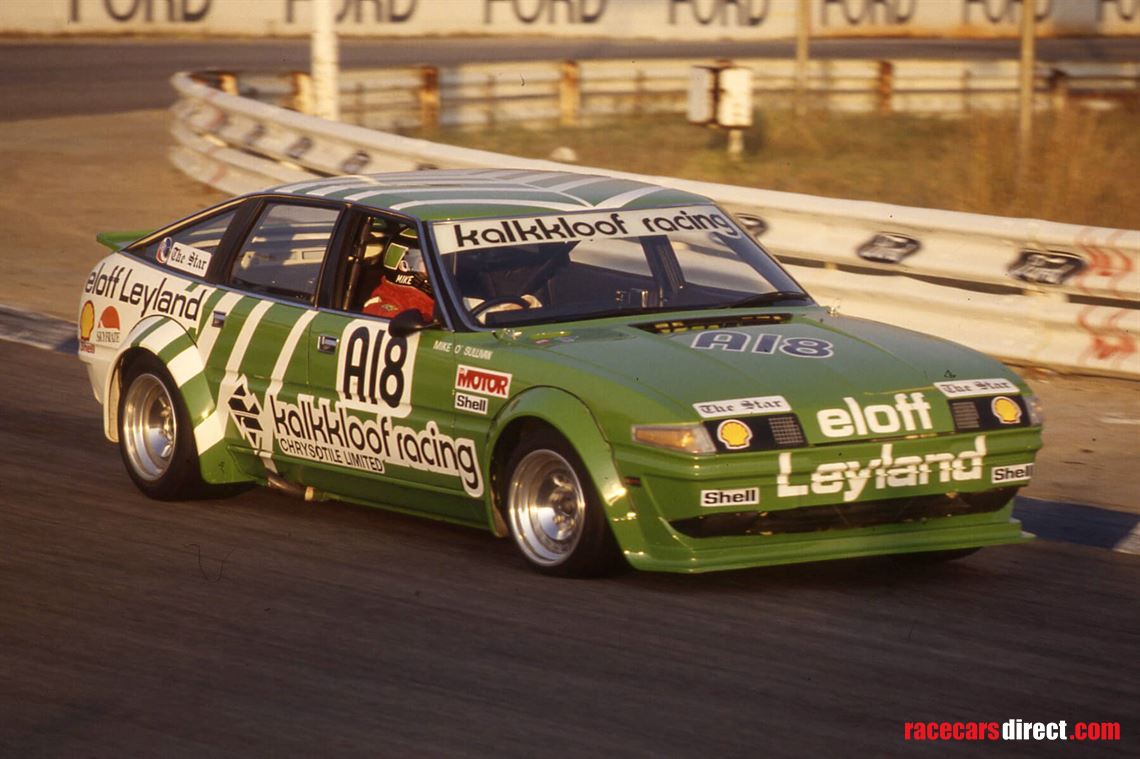 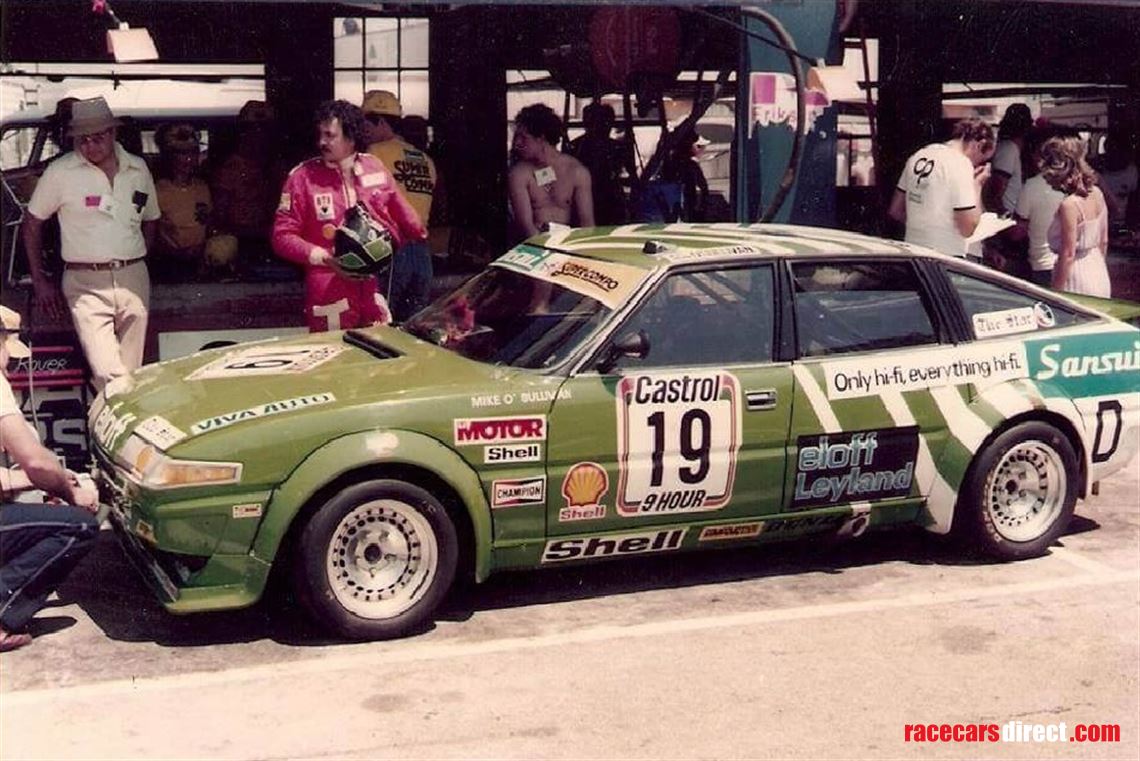 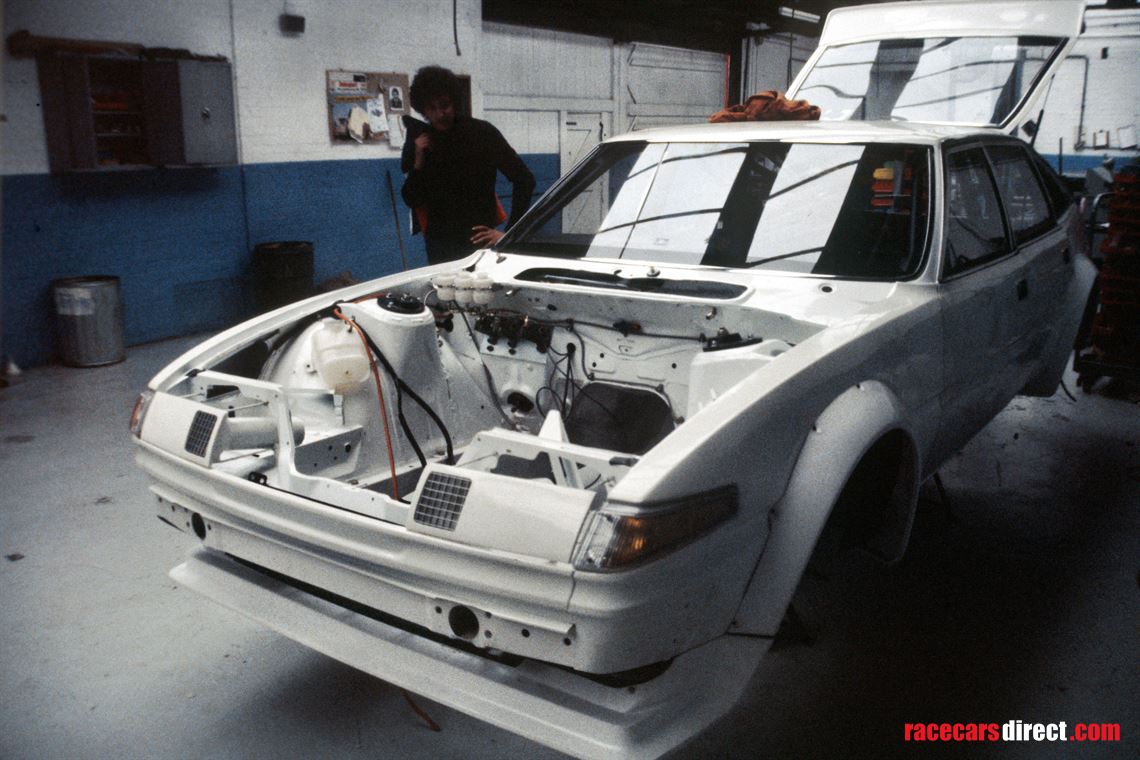 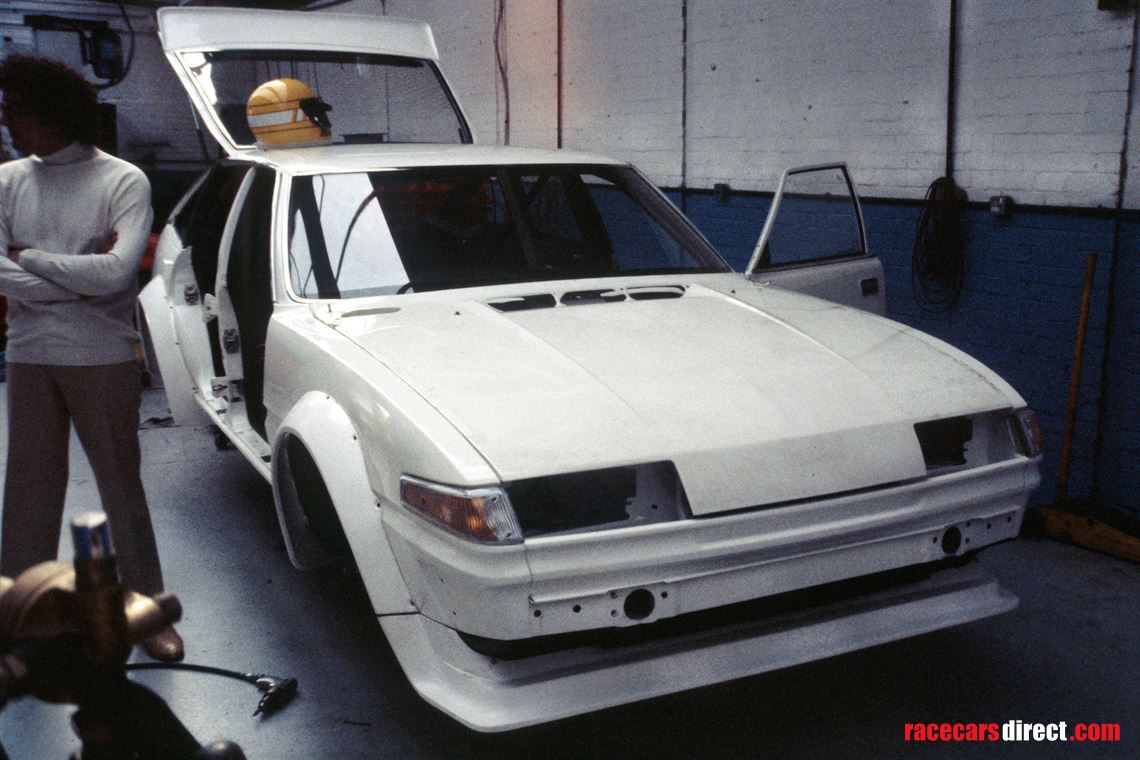 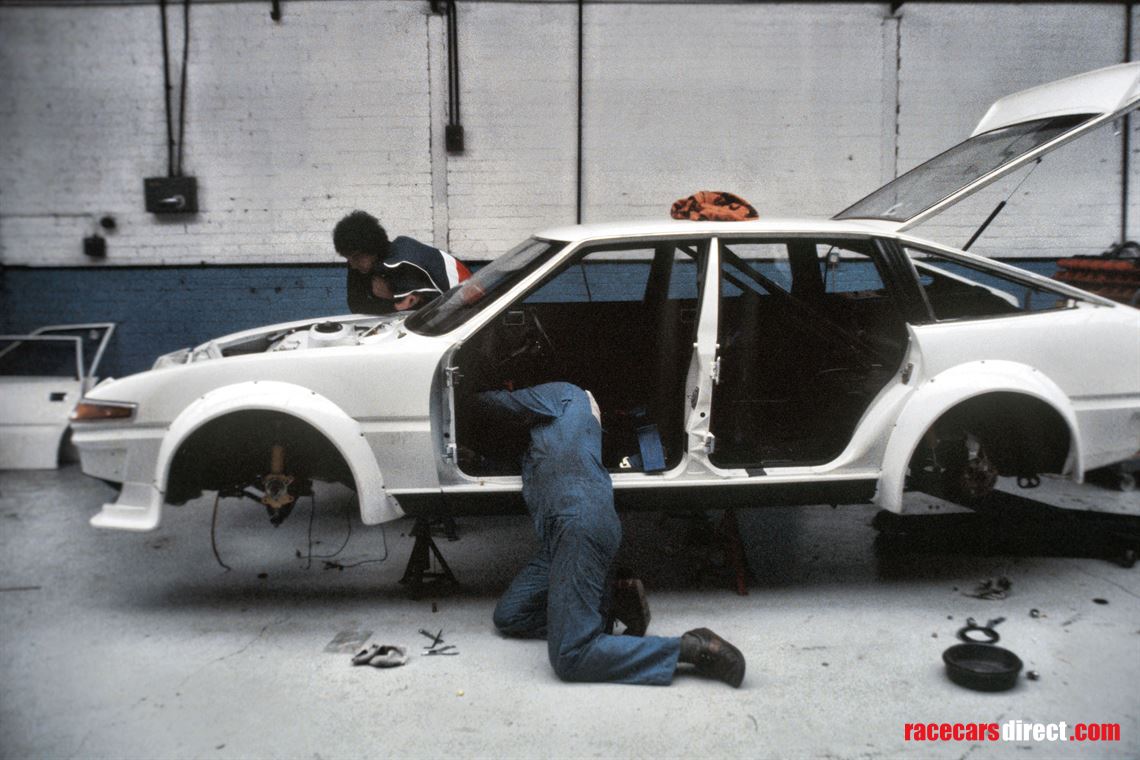 When Mike O’Sullivan and his new business partner decided to set up a racing team in South Africa, they were only missing one item, a car to race with. They set off for the UK with a suitcase full of cash to find the car with which they were to compete. After a visit to Leyland’s motorsport division in Abington Mike ordered a 3.5 litre Rover SD1.

The car was built by Dave Price Racing to Group 2 specification, with many images showing the build process in the cars history file. Within 8 weeks the car was ready to be shipped to South Africa, however prior to shipping it was taken to Brands Hatch for a shakedown, being driven by Jeff Allam, who would go on to win the 1982 Group A British Touring Car Championship in a Rover SD1. A copy of the test sheet is also in the cars history file, along with a copy of the sales invoice from Dave Price Racing to Kalkkloof Eloff Leyland Racing in Johannesburg, South Africa. The car then was flown to South Africa and upon arrival was immediately impounded by customs officials who believed it to be a road car. At the time, in South Africa, a road car was subject to import duty of 110%, however a racing car was only 10%. The customs official remarked at the time “A racing car is an open cockpit single seater, like Jody Scheckter drives!”. After much communication with British Leyland, the car was eventually released to Mike O’Sullivan.

The Rover enjoyed fundamental speed immediately, although initially did suffer from small component failures, as anyone would expect from such a project. The 3.5 litre engine was built by Hesketh, and produced over 400 bhp at 8250 rpm, which put it right at the front of a highly competitive field.

The Rover quickly became an iconic car in South Africa, competing at the Kyalami 9-hours endurance race in 1981 and 1982. For 1983, the O’Sullivans entered the Rover in the Kyalami 1000 kms which was a round of the FIA World Endurance Championship, and one last time in 1984. In-between the four headline events at Kyalami the O’Sullivans entered many sports car races with their Rover, many pictures of which are in the cars history file.

In 2014 the car was purchased by Tim Summers who embarked upon a thorough and detailed restoration with specialists BGM Sport. Every panel and fitting was stripped, assessed, and rebuilt to build what is undoubtedly the most beautifully presented Rover SD1!

Its post-restoration track debut was at Vallelunga in April 2015. The car immediately took pole position in the Heritage Touring Cup, proving its outright pace. Sadly, the car did not finish the race due to a gearbox related issue, however it did return to the Heritage Touring Cup at Spa, Dijon, Monza and Paul Ricard throughout the 2015 season.

In 2018 the car was purchased by its current owners Frederic Wakeman and Patrick Blakeney-Edwards for use in the Motor Racing Legends HTCC, after spending its first season developing and improving reliability the car went on to take overall victory in 2019 also being the only car in its field to finish all of its races that year.

This Group 2 Rover SD1 is presented race ready having been developed and maintained by Blakeney Motorsport regardless of cost, includes extensive spares package.

Race ready with FIA HTP, period race history and first time ever it’s been for sale

Luxury equipped, perfect condition, perfect for teams as well as for family trips!

rebuilt and ready to install