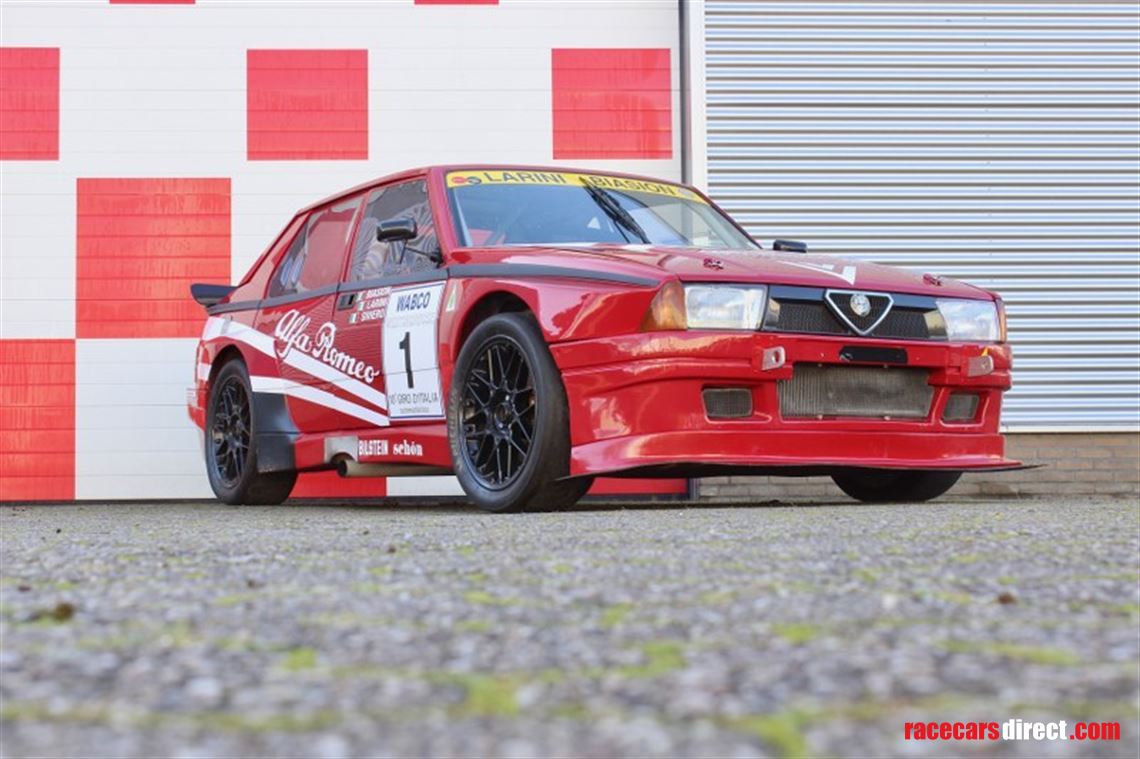 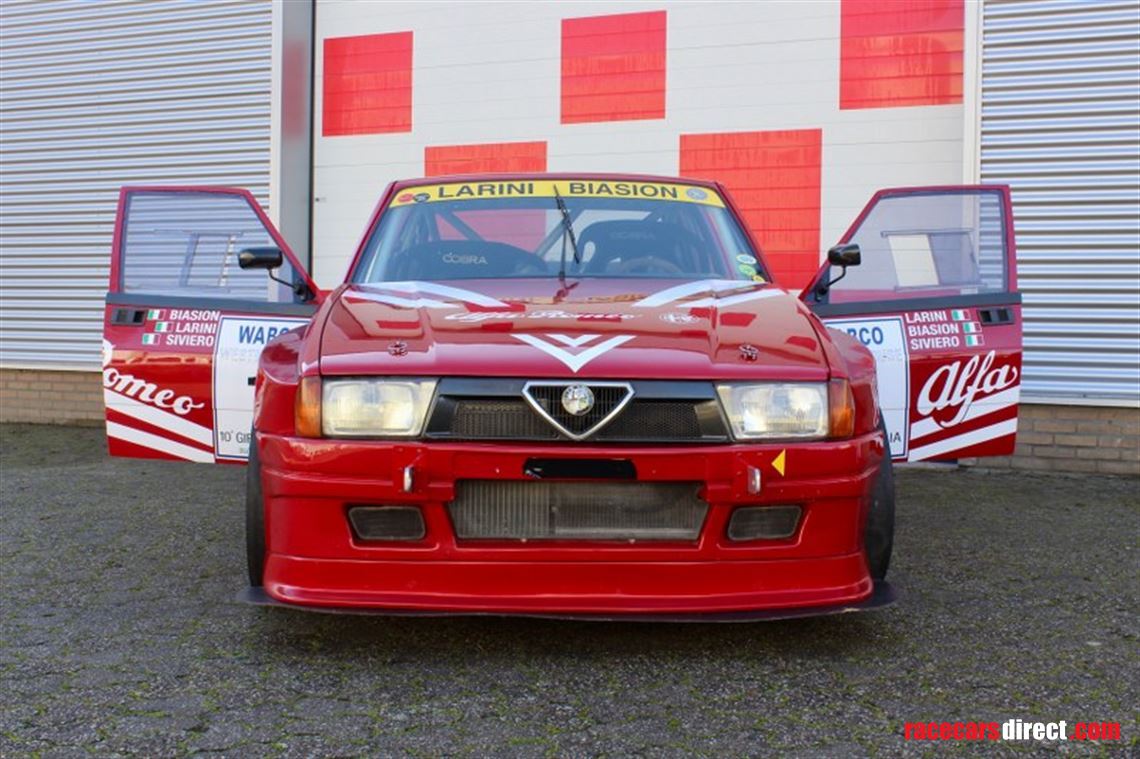 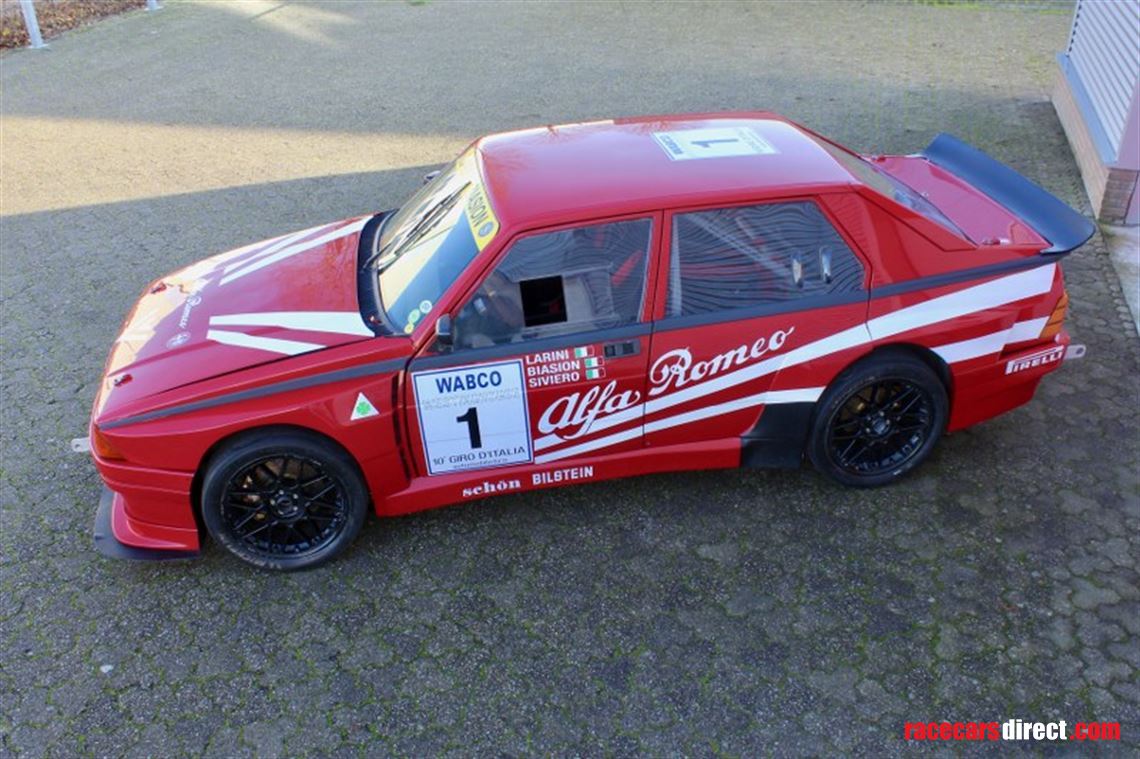 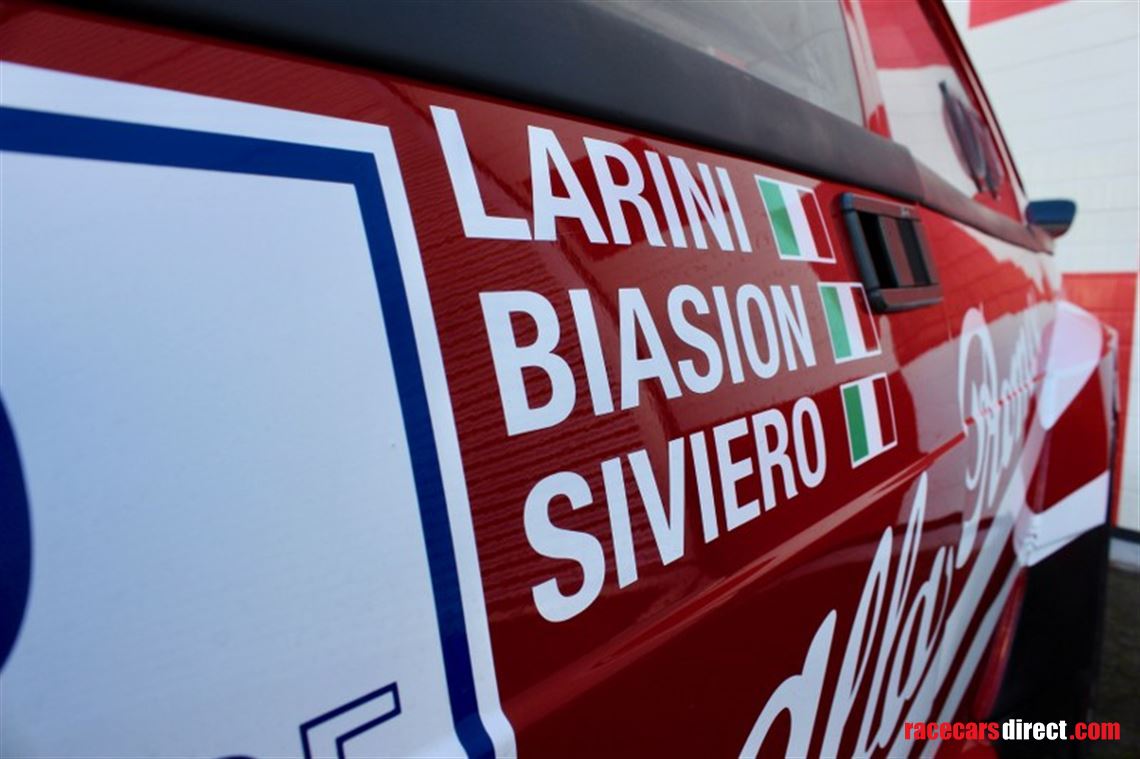 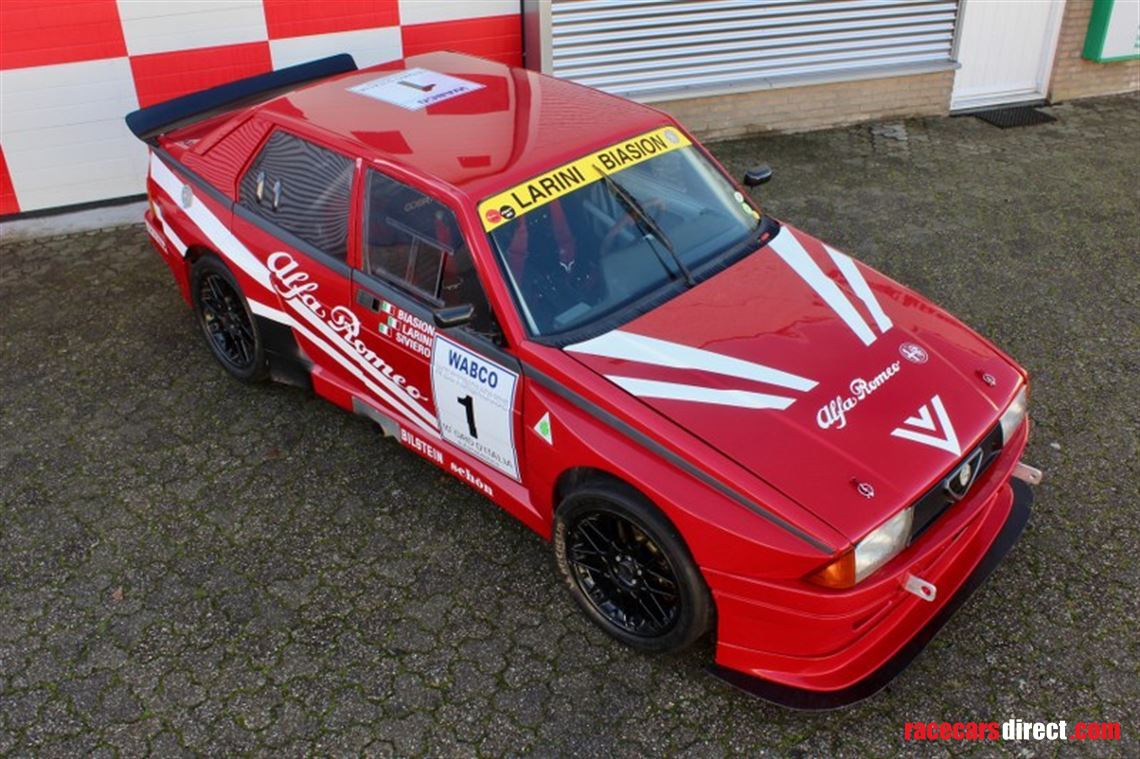 Unique, only 3 built by Alfa Corse as an ultimate evolution to the successful Group A CIVT Alfa Romeo 75 Turbo Evoluzione for the 1988 and 1989 Giro d’Italia and Rally di Monza, which they won against heavy Group B competition.

As most IMSA’s, this car was originally built as a Group A race car and subsequently upgraded to IMSA specifications, including coil-over front suspension and special IMSA wishbones. Very light with special handmade lightweight doors as well as engine and boot lid panels.

Last raced very successfully by Bob van der Sluis in the European Alfa Romeo Challenge. Van der Sluis was well connected to the factory and spared no cost to race the car. Just before his death he sold the car to its current owner who only used it during a couple of demo’s. In order to ensure better durability, the aluminium central wheel hubs were replaced by traditional 5-nut wheel hubs. This way the car can be driven with less vulnerable aluminium instead of magnesium wheels. On request the original IMSA aluminium central wheel hubs can be delivered with the car.

Nominated best original car during the Eifel Rallye Festival 2016, with amongst others ex-IMSA factory driver Yves Loubet in the jury!