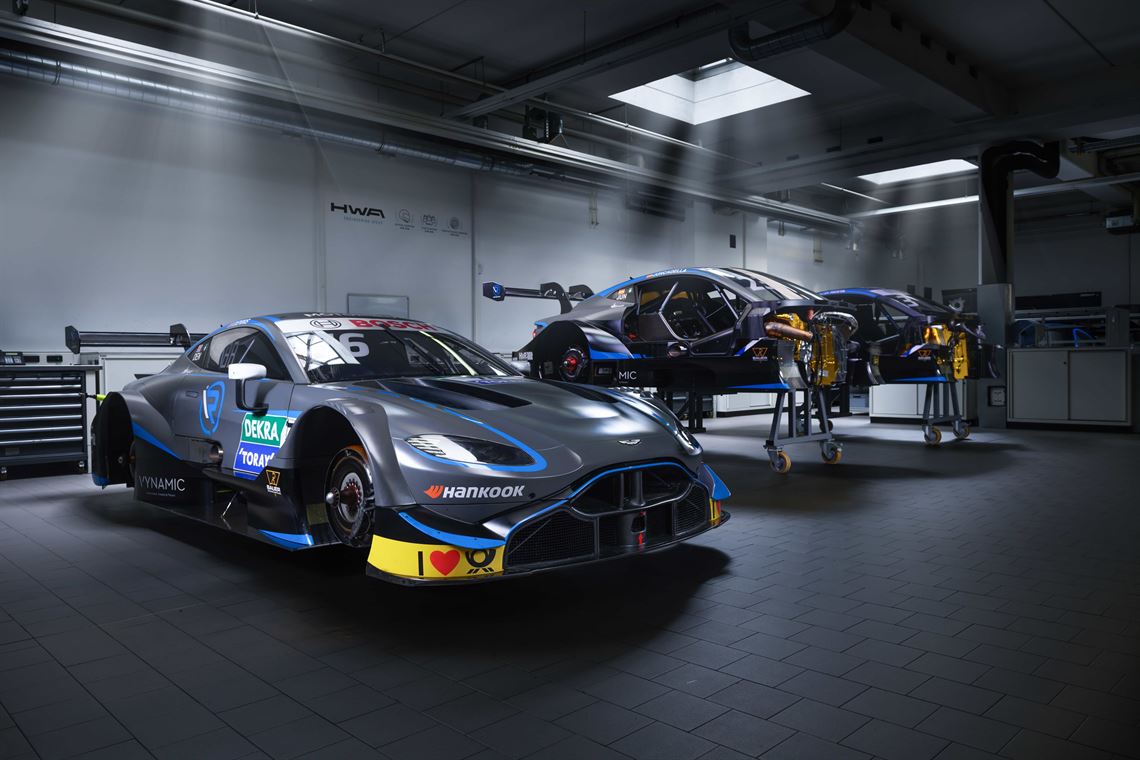 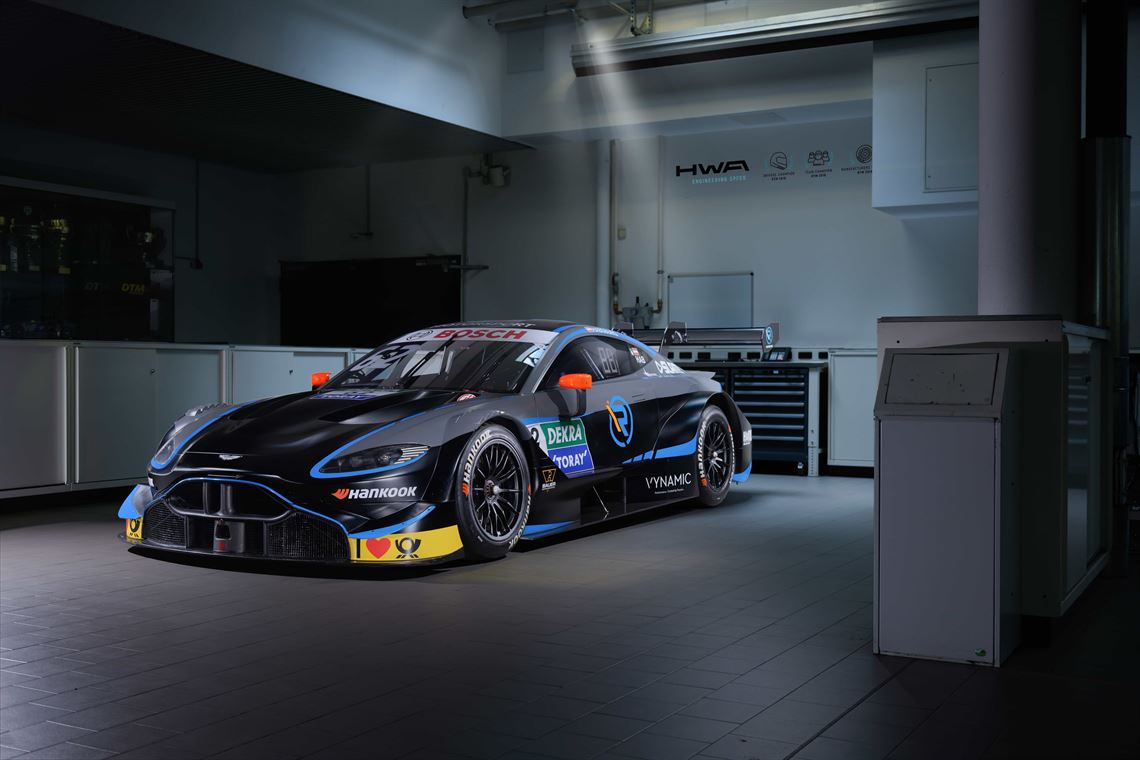 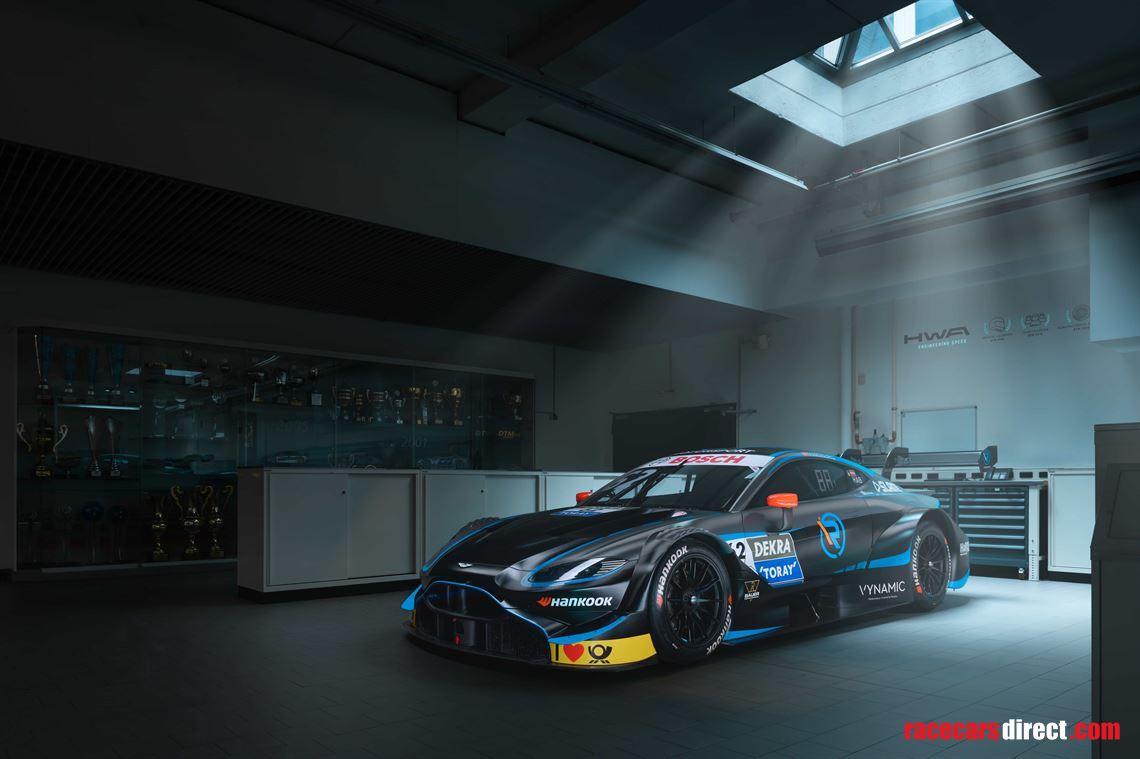 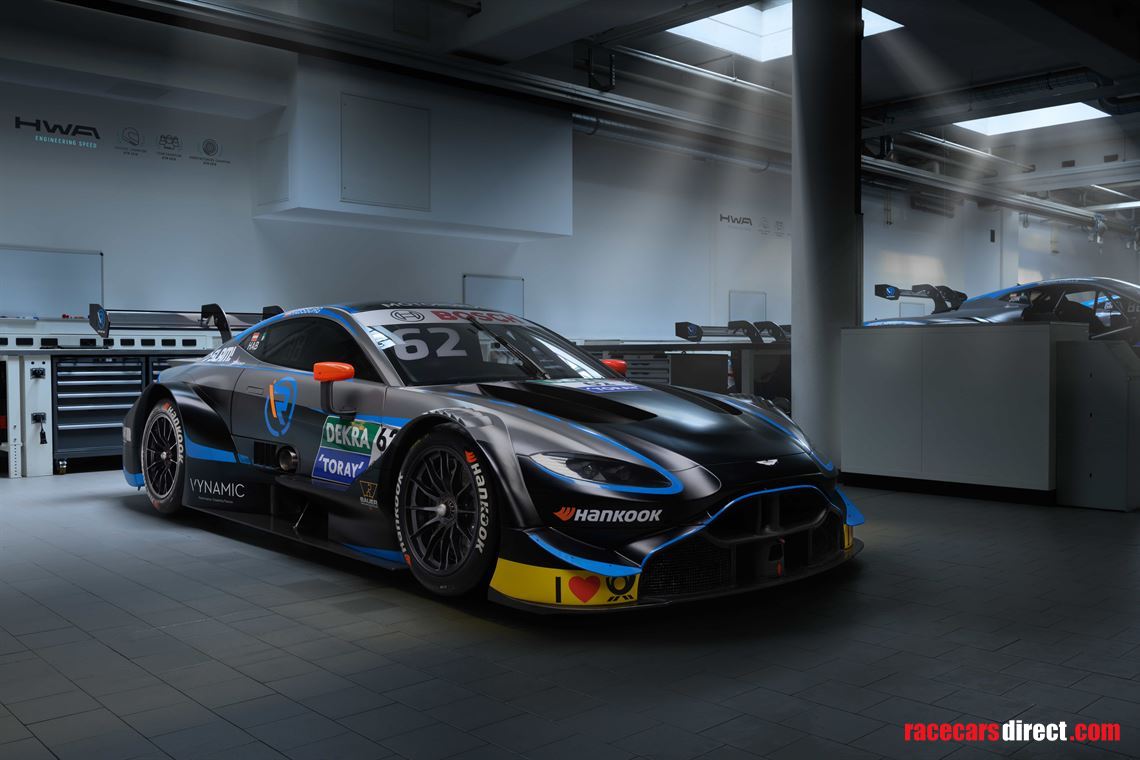 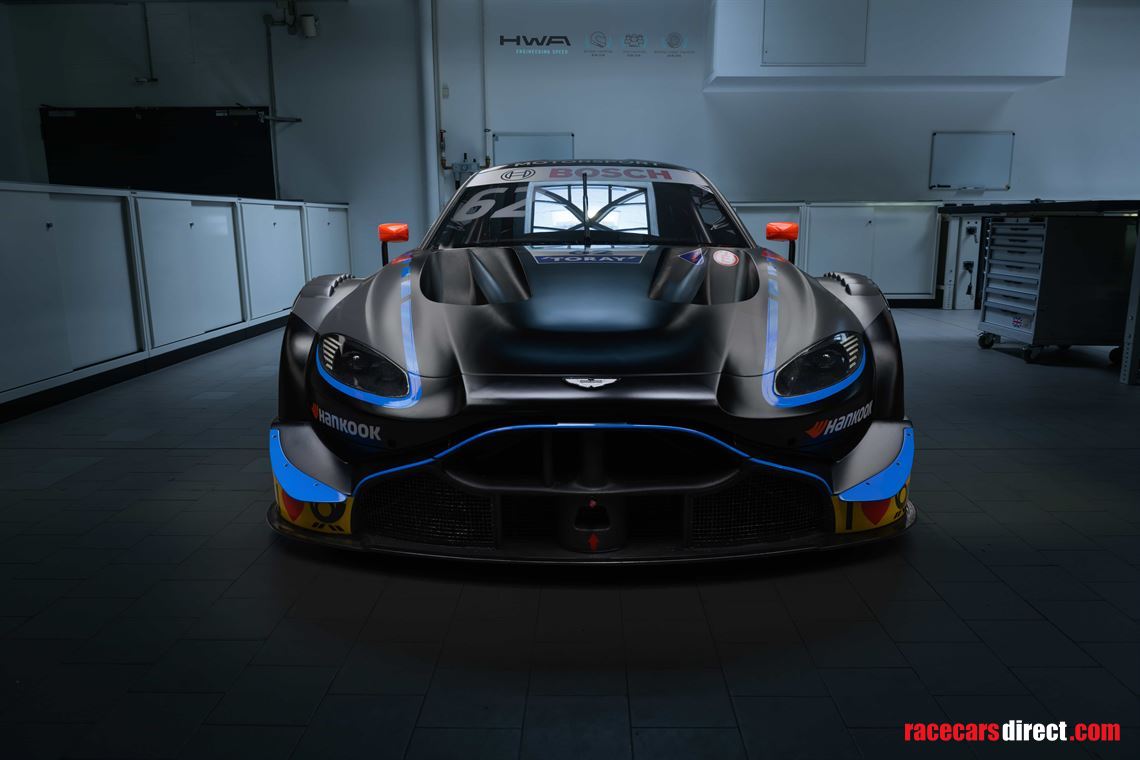 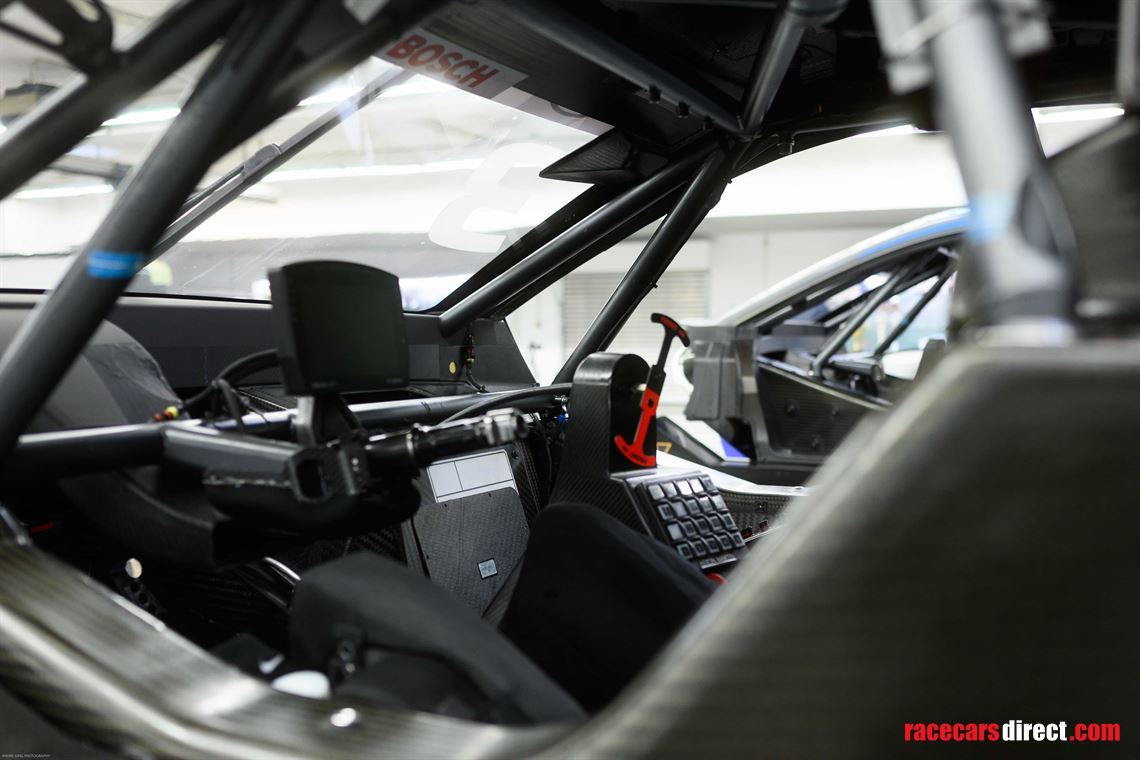 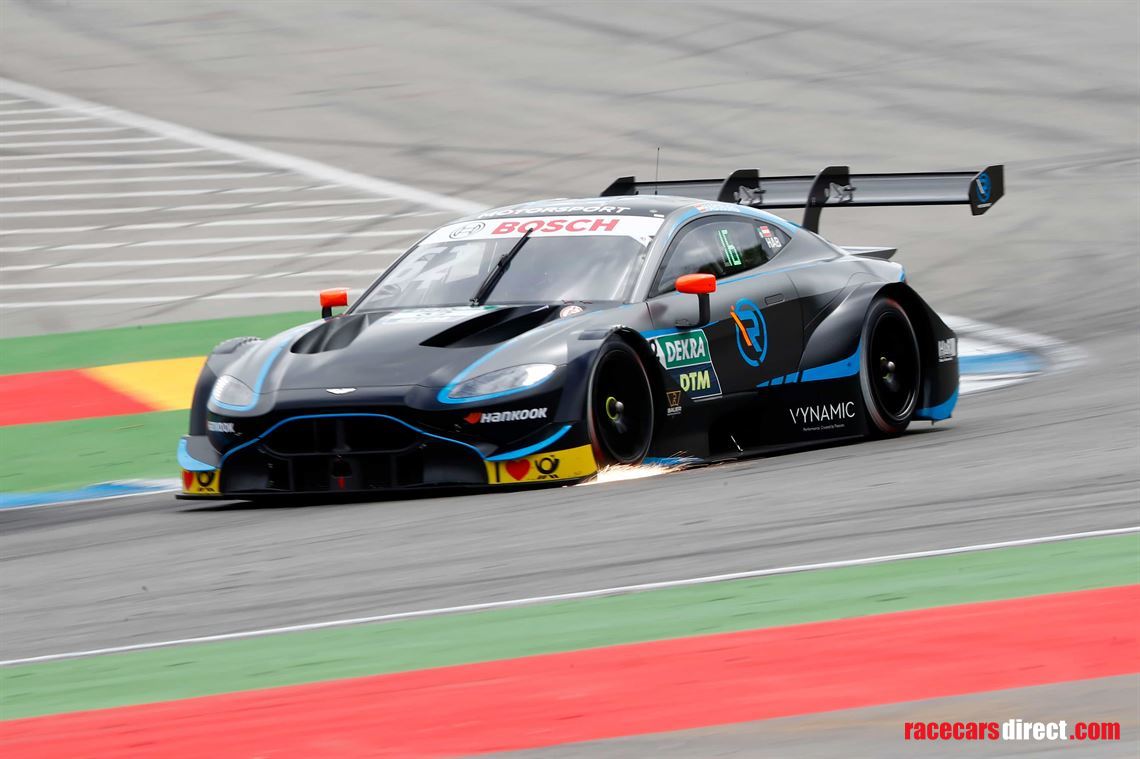 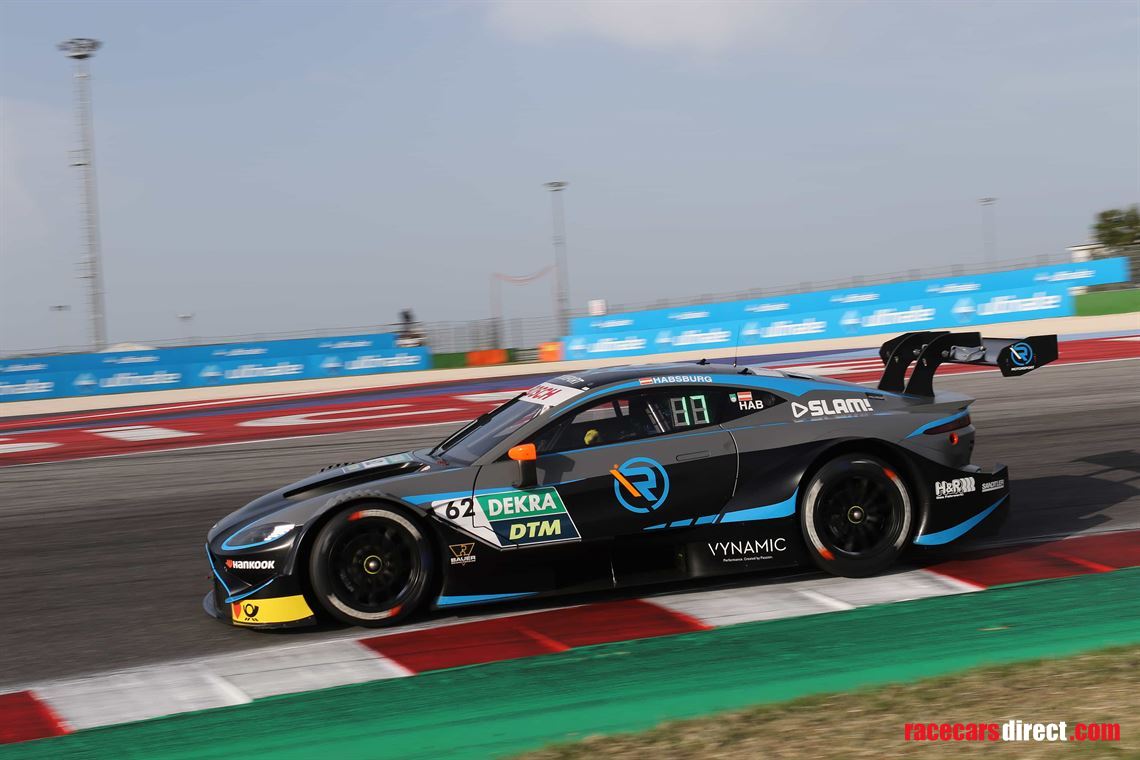 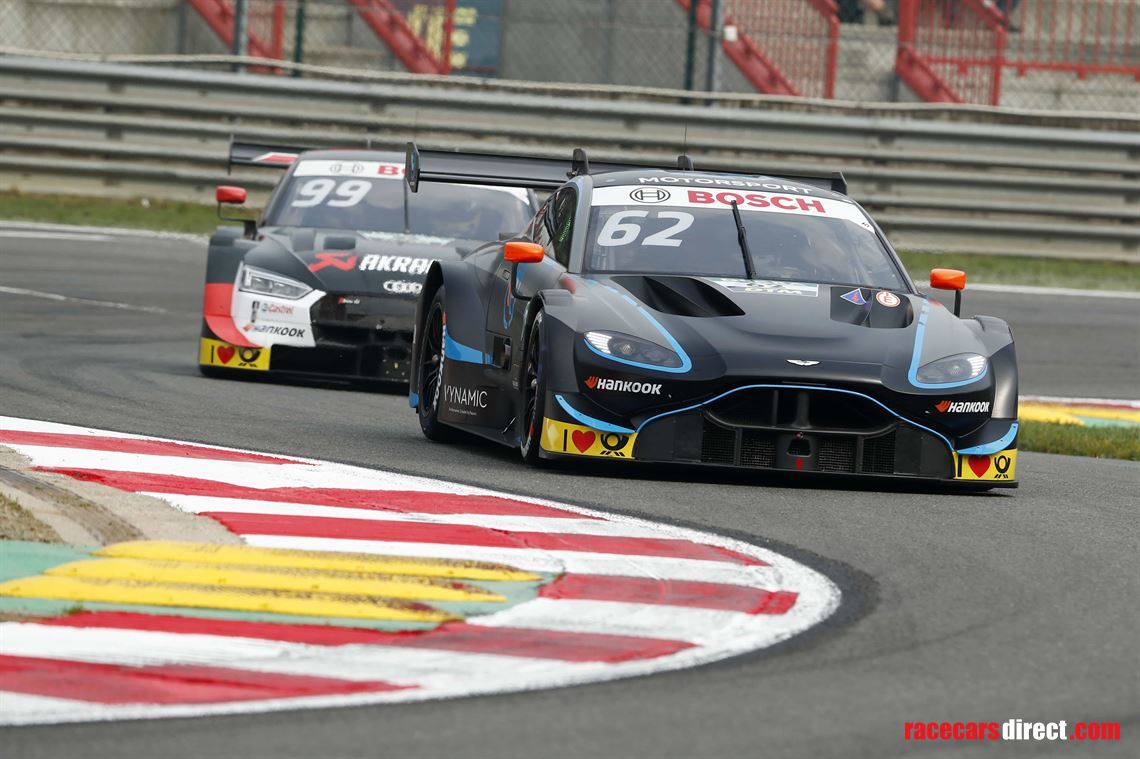 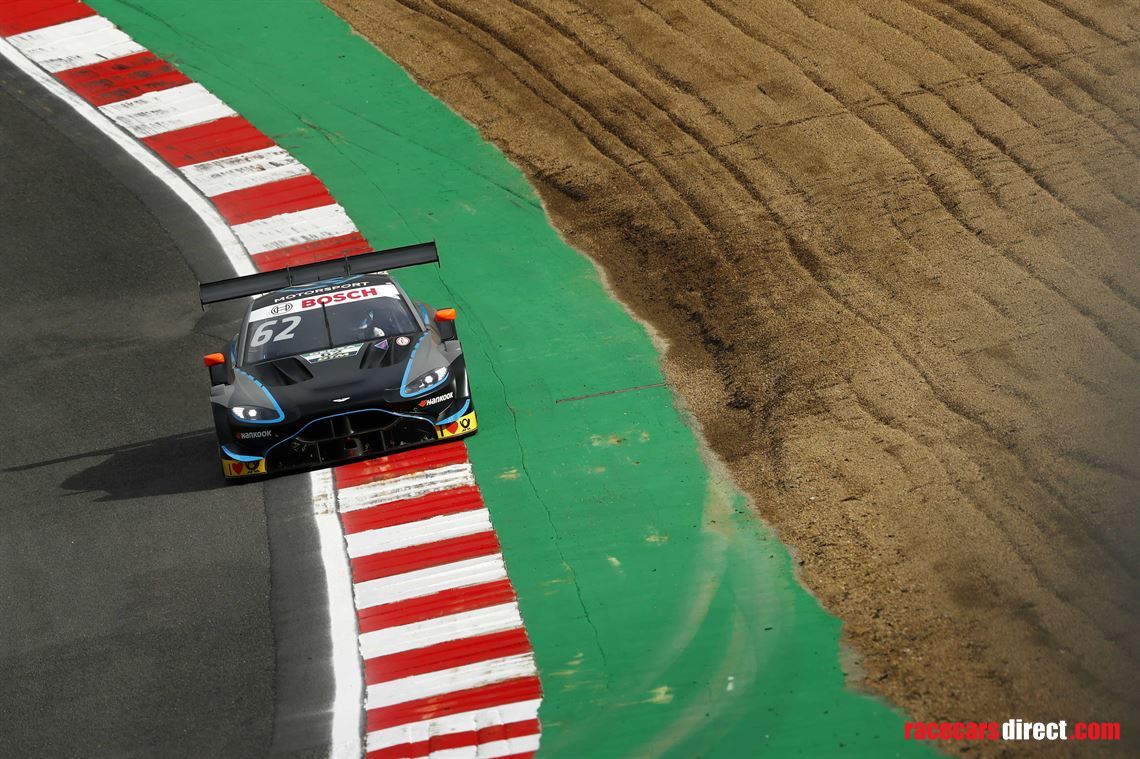 When Mercedes-Benz decided to leave the DTM after the 2018 season, the free capacity at racing partner HWA was used to develop an all-new DTM car for Aston Martin Racing

The Aston Martin Vantage DTM is possibly the most beautiful and rarest of all contemporary DTM cars. Four cars were used in the 2019 season driven by Paul di Resta, Jake Dennis, Daniel Juncadella and Ferdinand von Habsburg. An additional car was built and used as a test and spare car. With a minimum weight of under 1.000 kg, the 2019 DTM cars were extremely light. This was partially possible due to the obligation that only two-litre, four-cylinder, turbocharged engines were allowed, which were much lighter and more powerful than the previously used eight-cylinder, naturally aspirated engines. The chassis consists of a full carbon-fibre monocoque with a steel roll-cage. With improved aerodynamics, increased power and a reduction of weight the 2019 DTM cars achieved significantly lower lap times than the previous year’s models and are therefore the ultimate version of the Class-1-DTM car.

Chassis #1901 was driven by young Austrian Ferdinand von Habsburg, who had his first full season in the DTM in 2019. He finished 13 out of the 18 races. The car has been fully revised by HWA after the season and will be sold with two sets of wheels including new tyres and full commissioning at HWA in Affalterbach, Germany together with the next owner. An extensive spare parts package is available upon request.