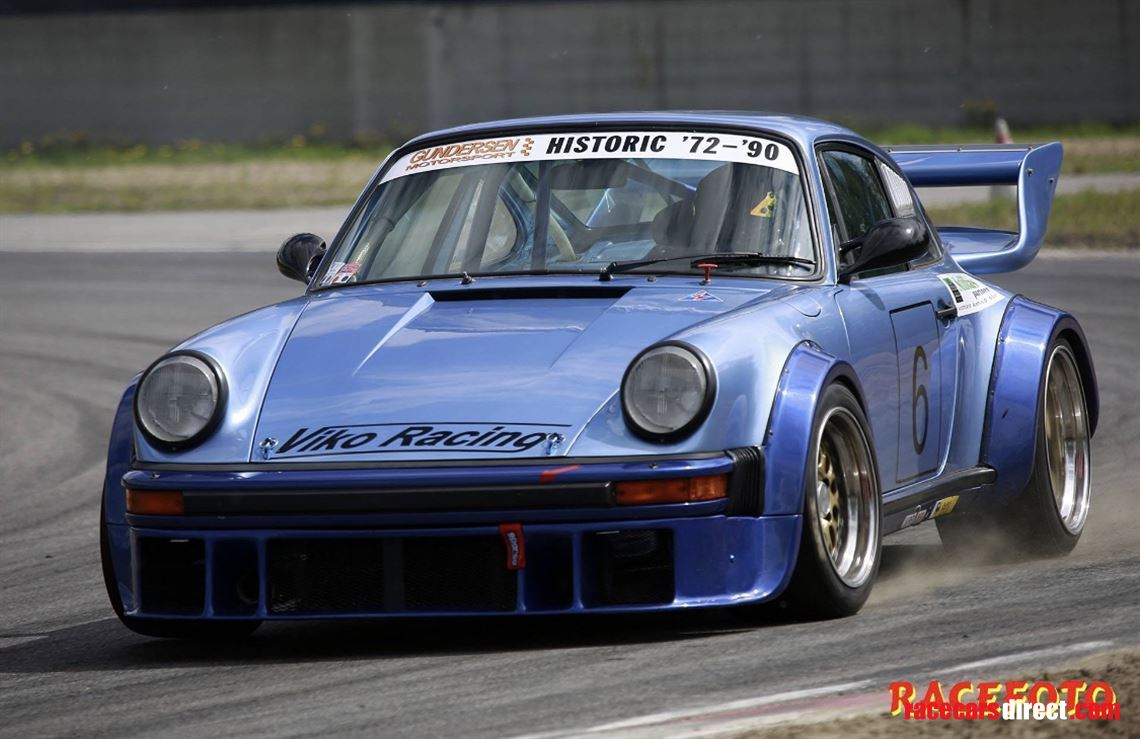 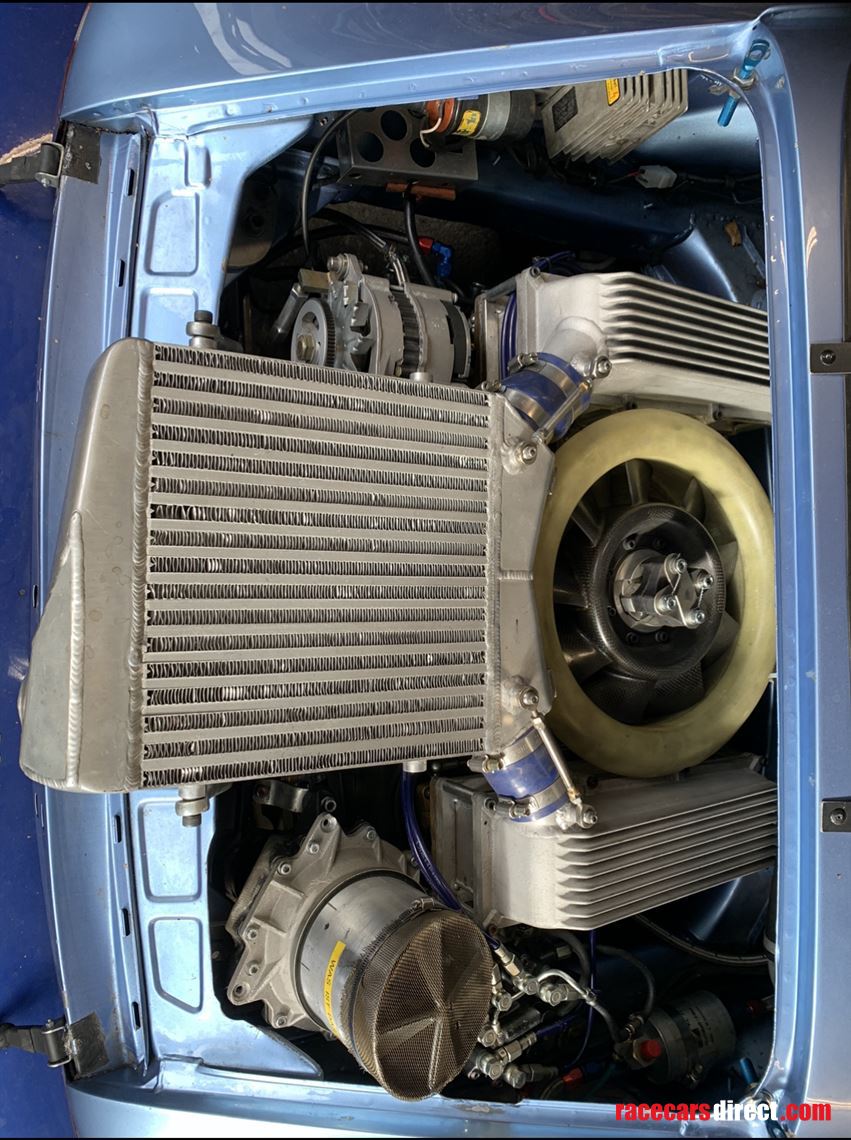 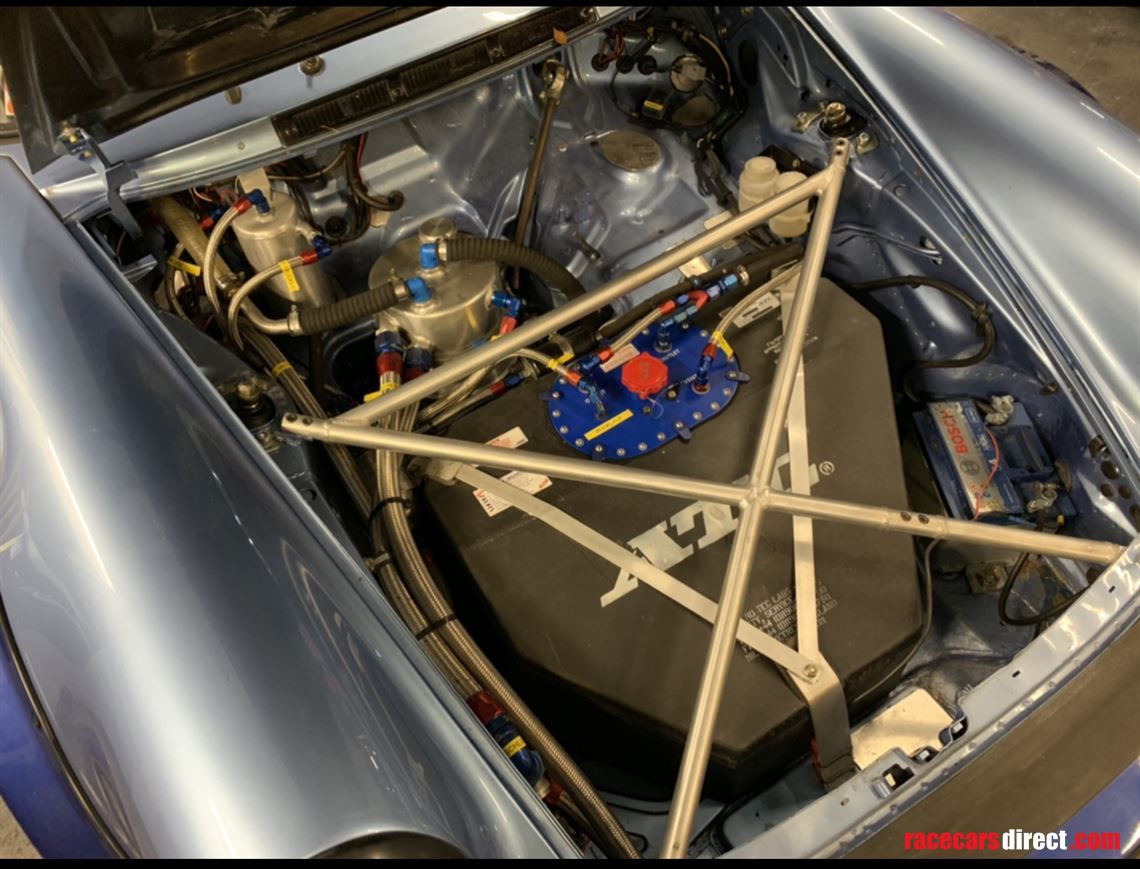 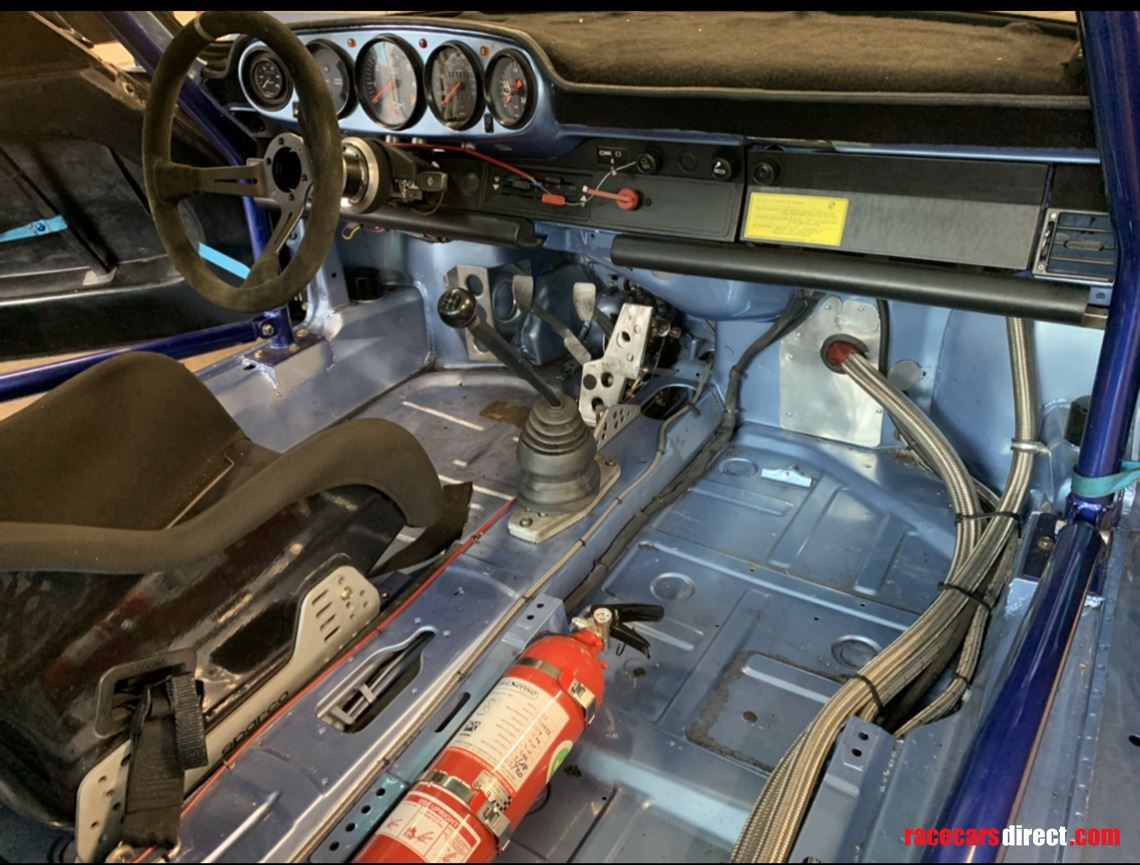 The car has the Group 5 specification including the flat fan engine and the large rear mounted intercooler. The engine has only a few hours running after completion.

Based on the newly introduced 911 Turbo (930), Porsche first created a Group 5 competition car (935) and then readied a Group 4 version (934) for the 1976 season. In addition to the obvious mechanical differences, the 934 would be available to Porsche's customers, whereas the 935 was raced exclusively by the works team. As such the 934 replaced the highly successful 911 Carrera RSR.

The relatively strict Group 4 regulations stipulated that at least 400 examples of the road car needed to be produced for homologation purposes. To balance the performance of the Group 4 machinery, the regulations included a sliding scale for the minimum weight related to the size of the engine. Taking in account the 1.4 equivalency factor for turbocharged engines, the three-litre 934 fell in the over four-litre bracket, which corresponded with a minimum weight of 1,120 kg.

Considering the relatively high weight limit, the Porsche engineers did not need to spend much time and effort to strip excess weight from the standard 911 Turbo shell. Even the electric windows could be retained. Subtle changes included a switch from rubber to nylon bushings, and the addition of coil springs to tighten up the suspension. Stopping power for the relatively heavy 934 was provided by ventilated and cross-drilled discs similar to those used on the Porsche 917.

The turbocharged flat-six engine was derived from the production unit, with reinforced internals to cope with the additional strains of racing. As a conventional intercooler was not fitted on the production road car, Porsche had to find a creative method of cooling the intake gases. A pair of water radiators were fitted in the nose, which fed cooled water to cores on top of the intake. Depending on the turbo-boost used, the engine produced between 485 bhp and 580 bhp.

The Group 4 regulations allowed for only very few modifications to the body. As a result, the production rear-wing had to be used, which was also one of the reasons that a conventional intercooler could not be fitted. The deeper front air-dam also featured a cooler for the engine oil. The 934 also featured flared wheel arches to clear the wider front and rear tyres. In the cockpit, additional gauges informed the driver of the turbo-boost and fuel-pressure.

The prototype Porsche 934 was ready late in 1975 and one of the first people to inspect the car was IMSA's John Bishop. Having seen what a turbo-charged Porsche had done for the Can-Am series, he was understandably wary of the 934 and, also on the insistence of most of the IMSA competitors, decided not to allow the car to run during the 1976. Having sold ten cars, this left Porsche North America in a tight spot but they found the ailing Trans-Am series as a suitable alternative.

Bishop's concerns were quickly proven not without merit as the Porsche 934 quickly started racking up class and outright victories on both sides of the Atlantic. The car's formidable weight and the substantial turbo-lag were more than compensated by the sheer power of the flat-six engine. Toine Hezemans in one of the GELO cars won the European GT Championship, while George Follmer used one of Vasek Polak's five 934s to claim the 1976 TransAm title.

During the 1976 season, several Porsche customers modified their 934s to Group 5 specification and Porsche catered to their needs by producing a batch of 935s for the 1977 season. These were still not allowed to run in the IMSA series but the door had been opened for the 934. Accordingly, Porsche built a further ten 934s with wider wheel-arches and a much more substantial rear wing. Known as the 934½, these were raced with great success in North America.

While Porsche built no more 934s after 1977, the existing cars were raced with considerable success for many more seasons both in their original guise but also in modified Group 5 form. As a result, there are relatively few 934s that have survived in their original configuration. In total, Porsche produced 41 934s, including the ten examples constructed in 1977.

Although produced relatively briefly, the 934 remained the Group 4 racer of choice into the 1980s, winning its class at Le Mans as late as 1981.