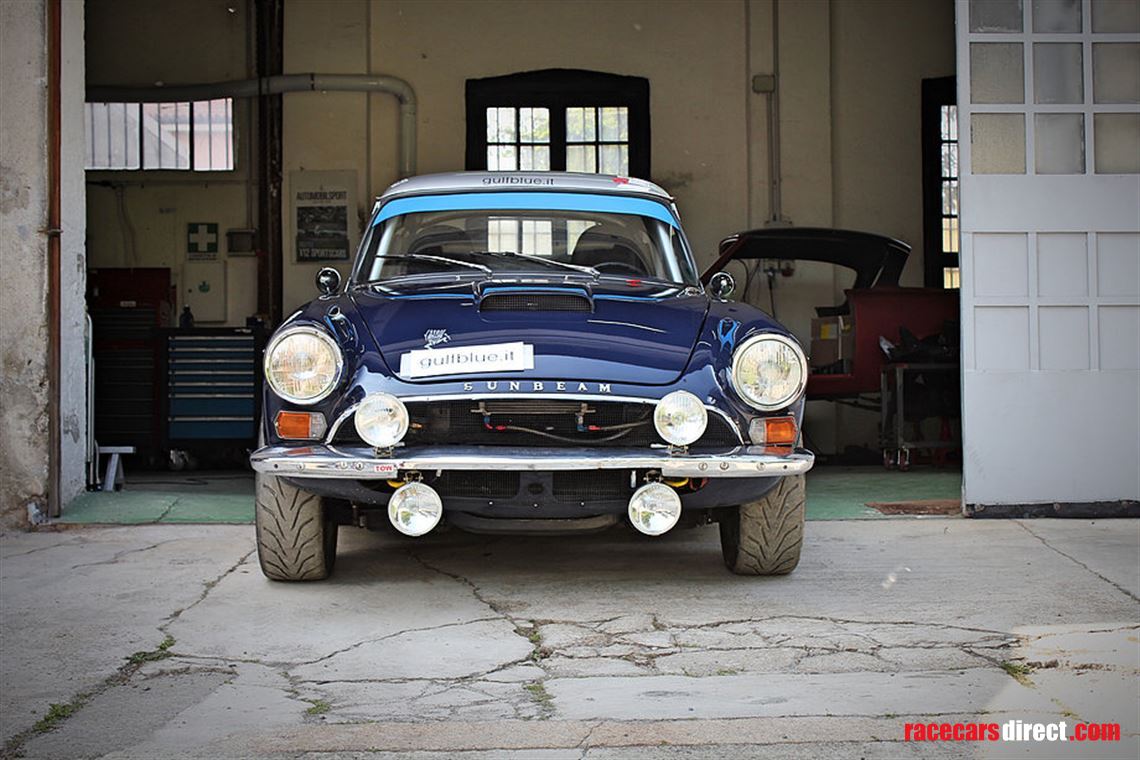 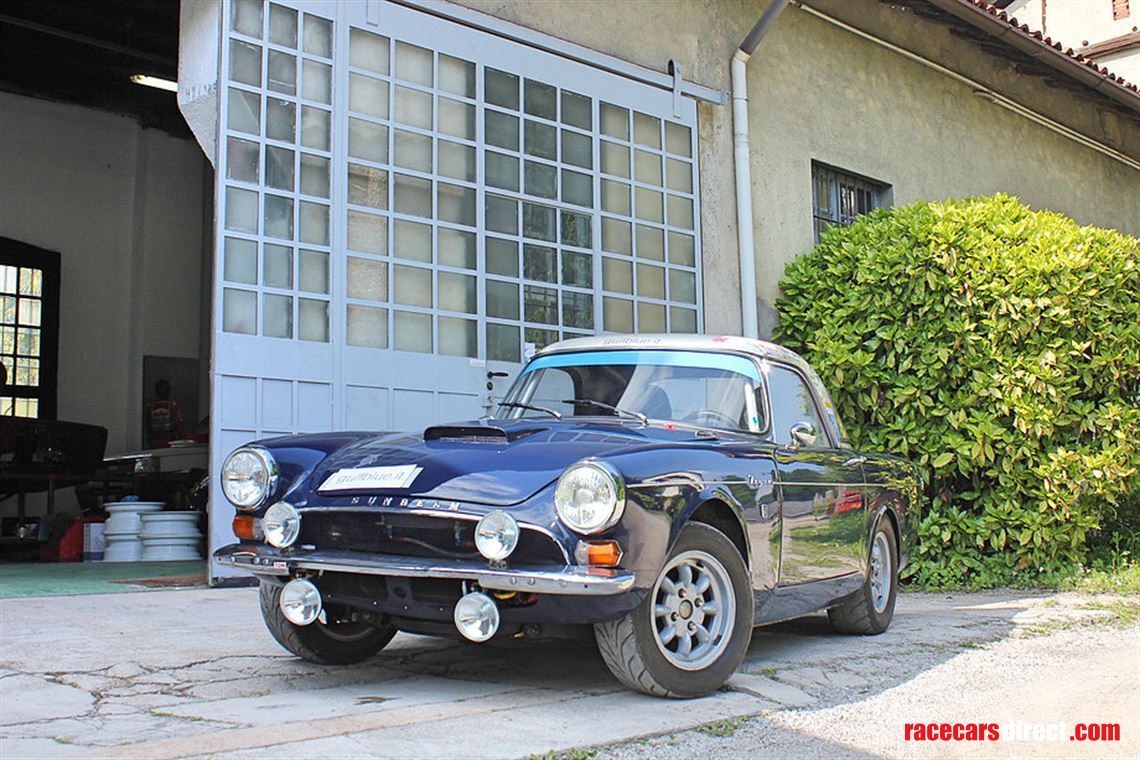 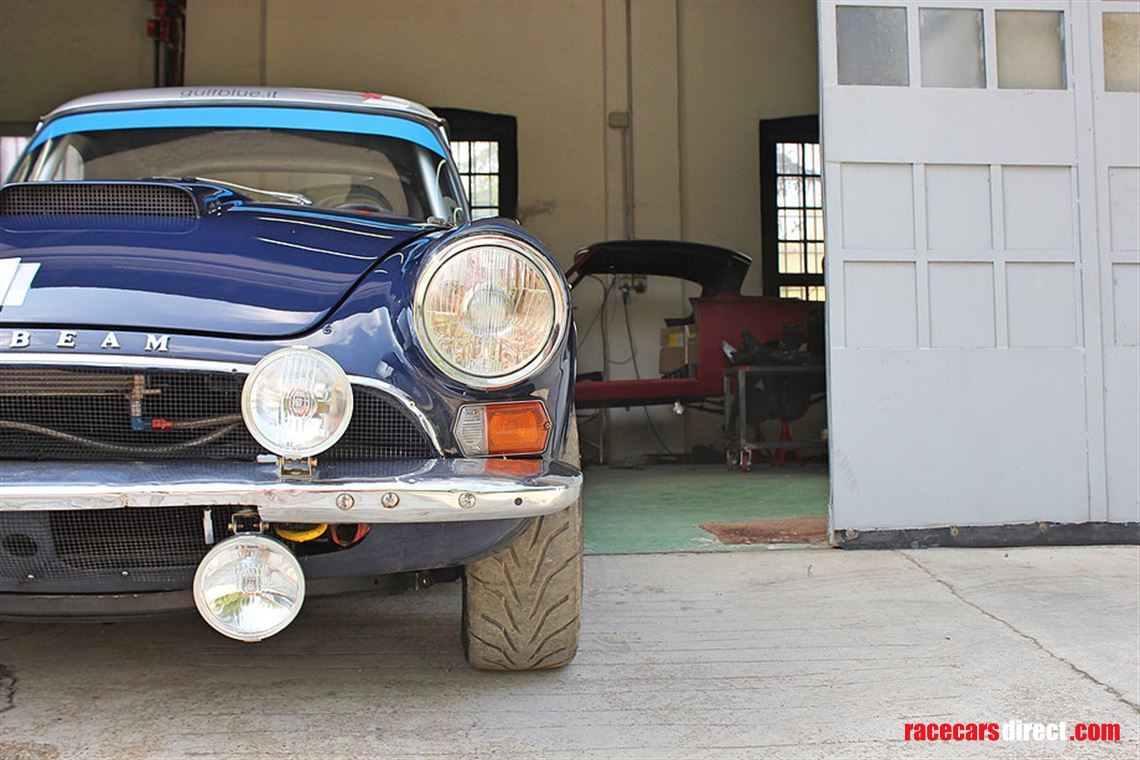 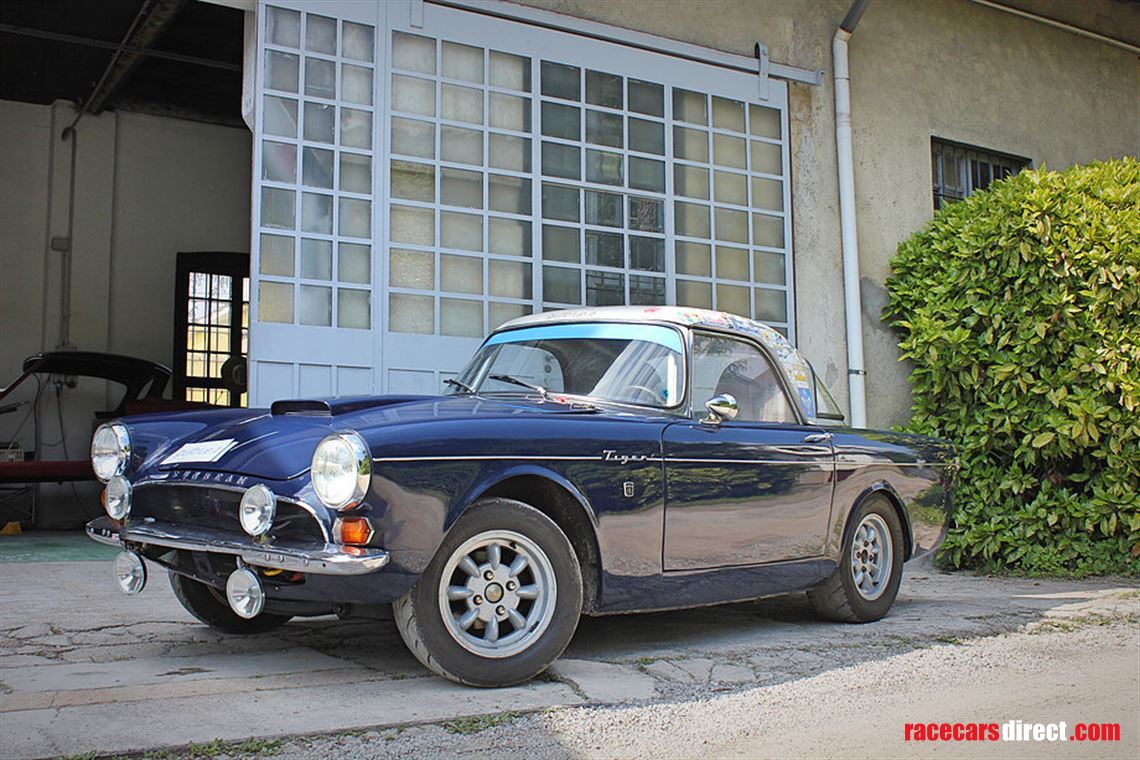 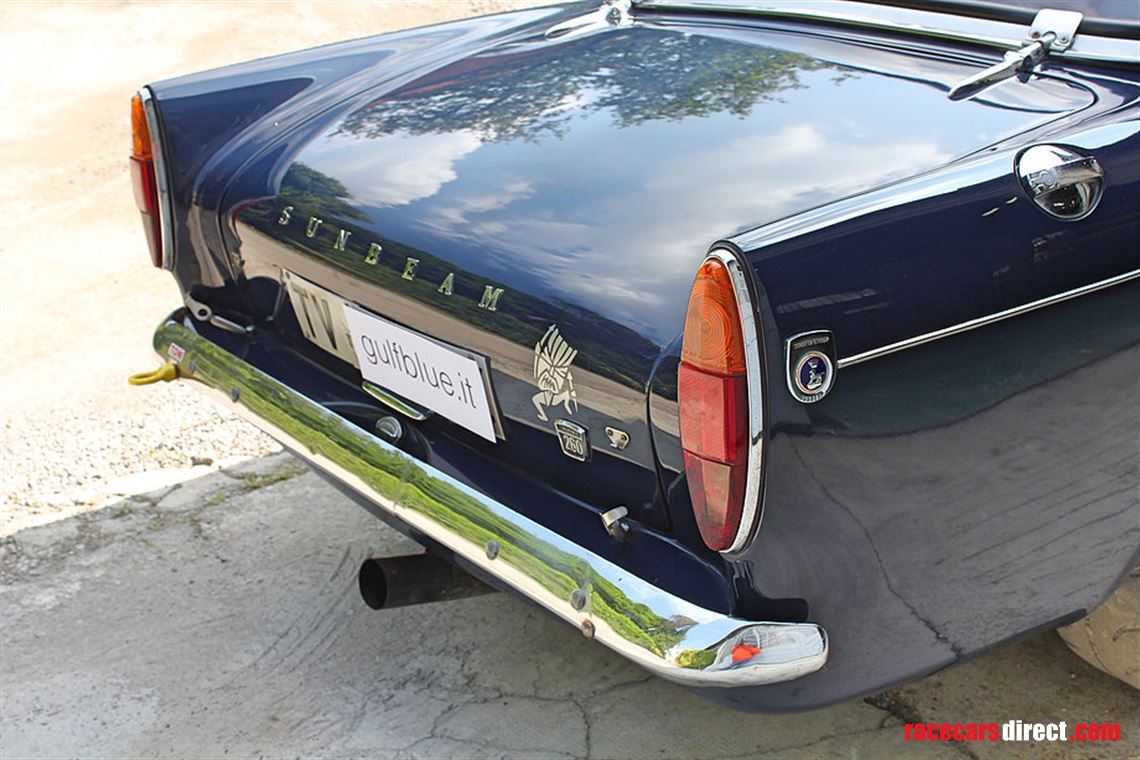 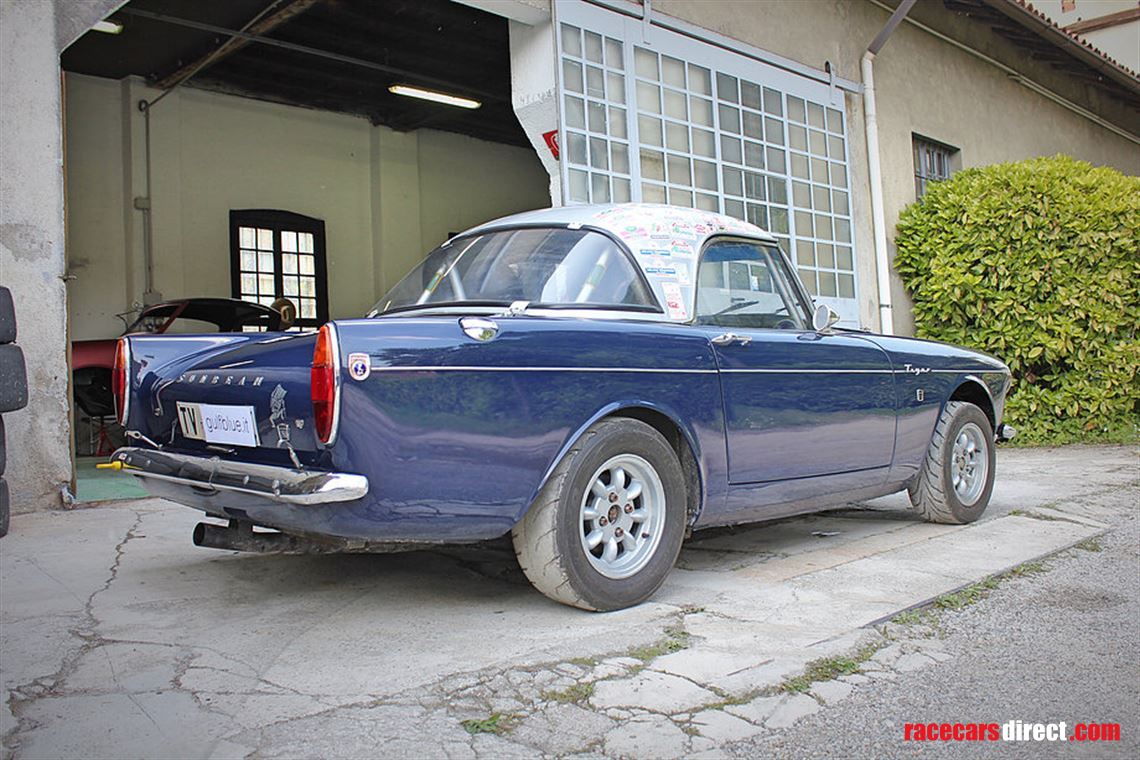 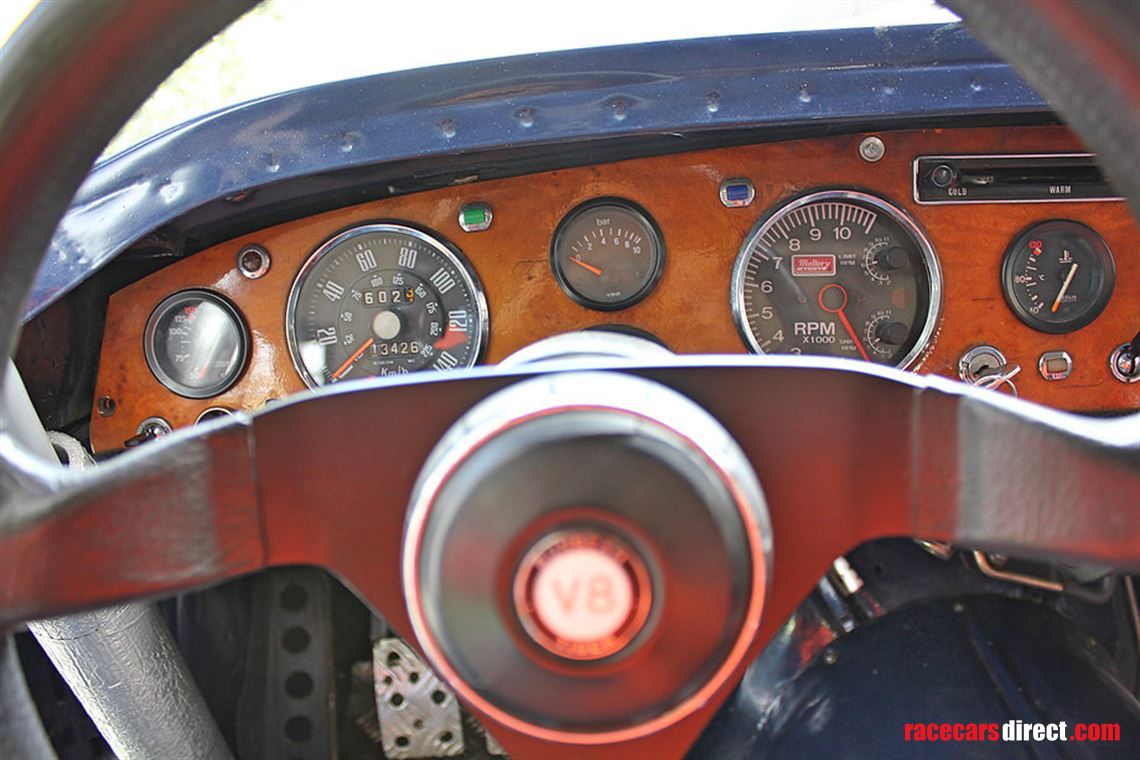 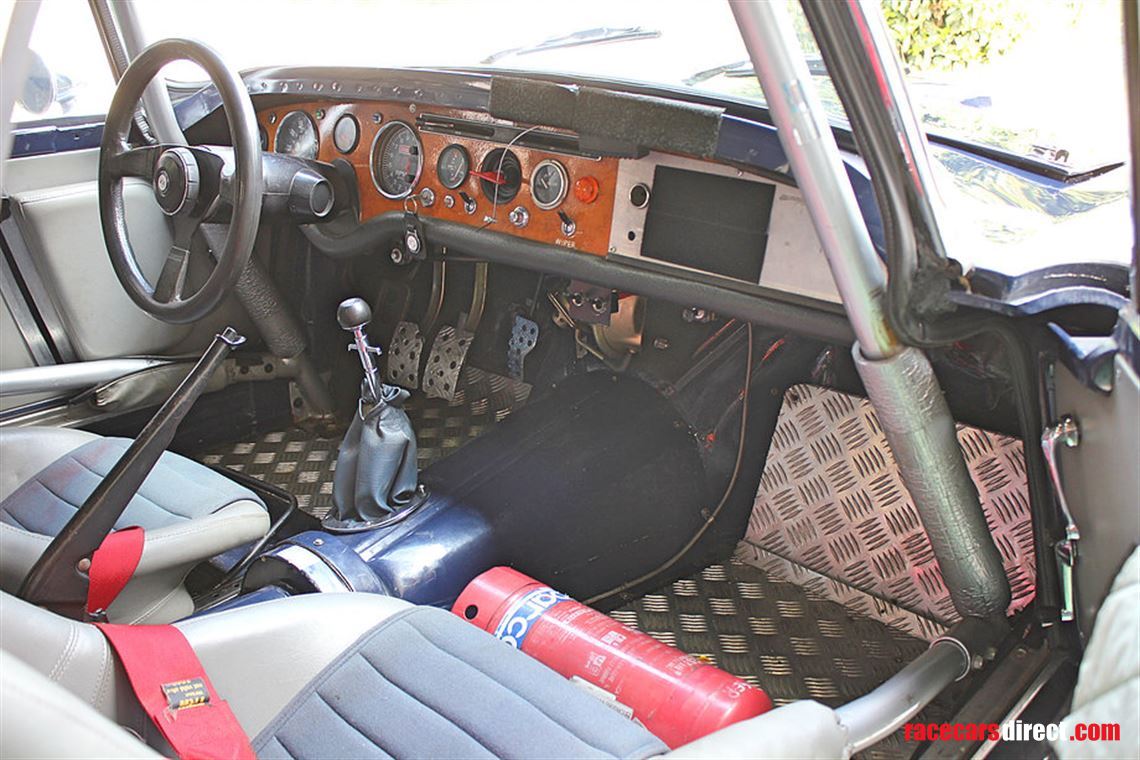 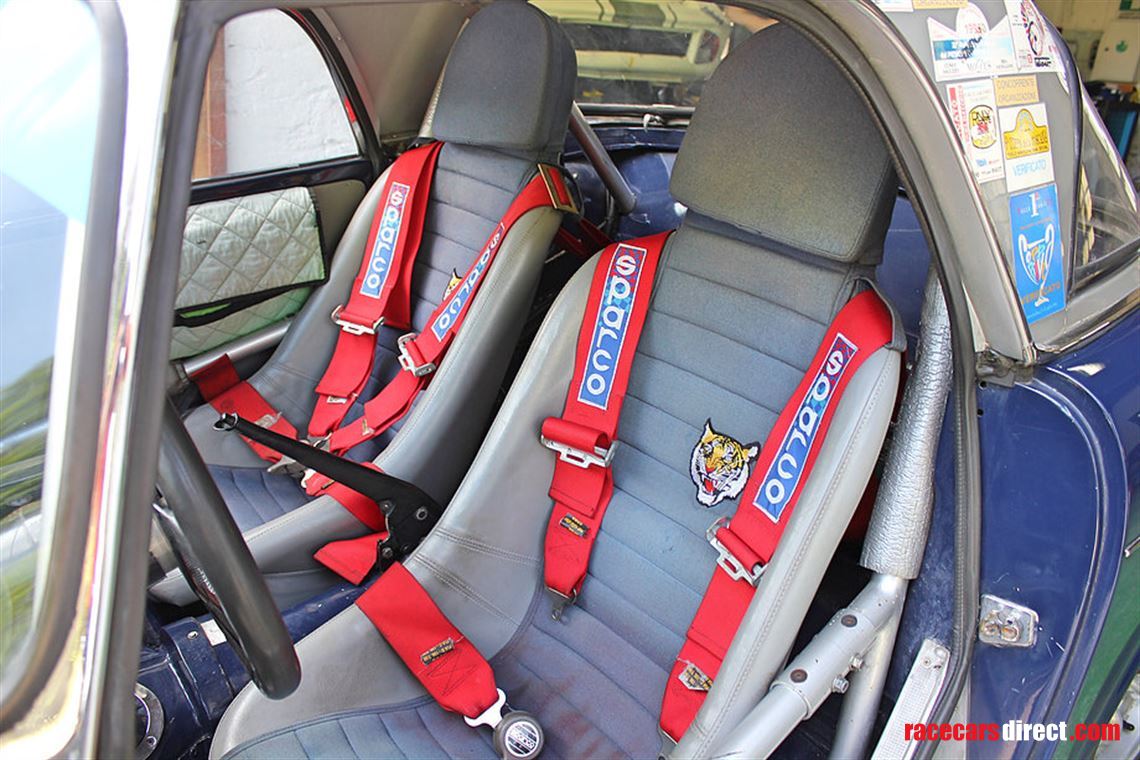 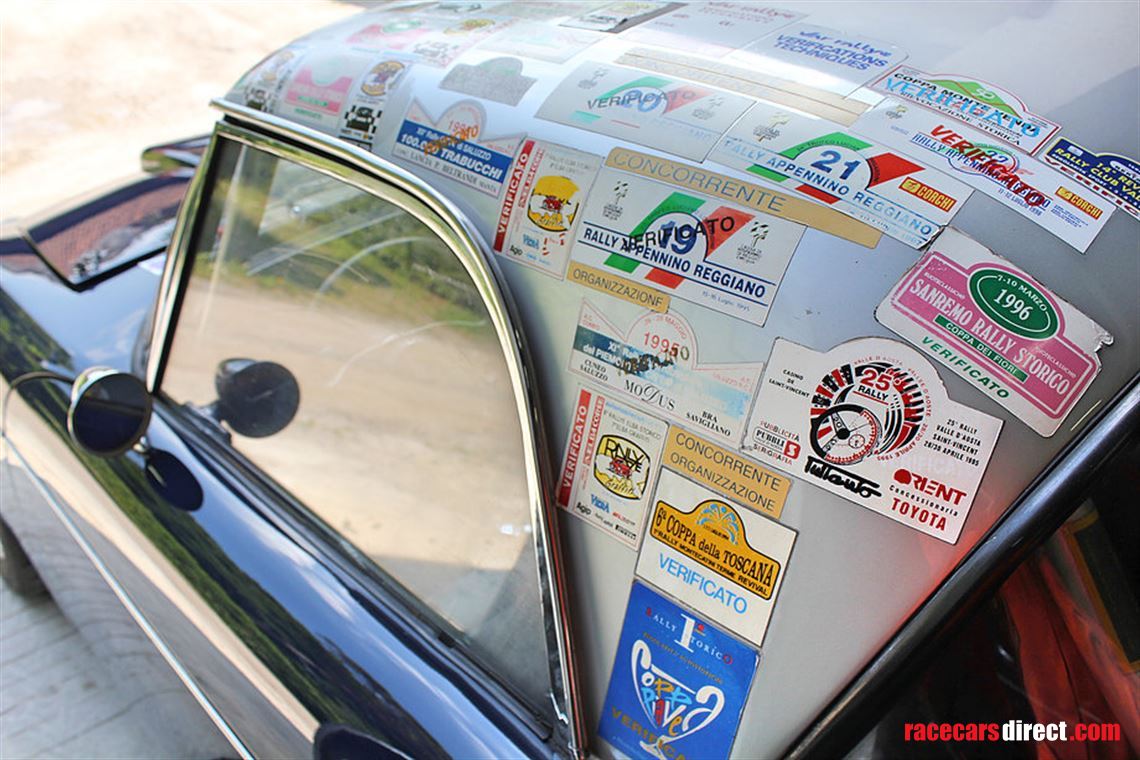 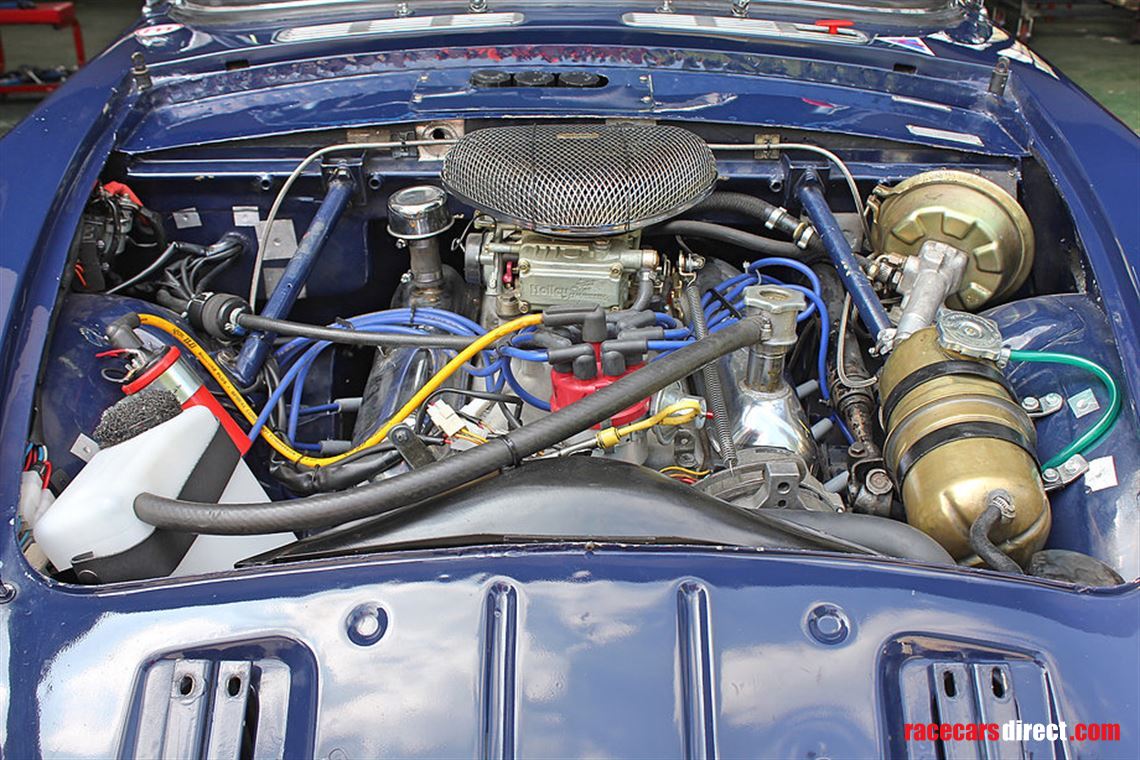 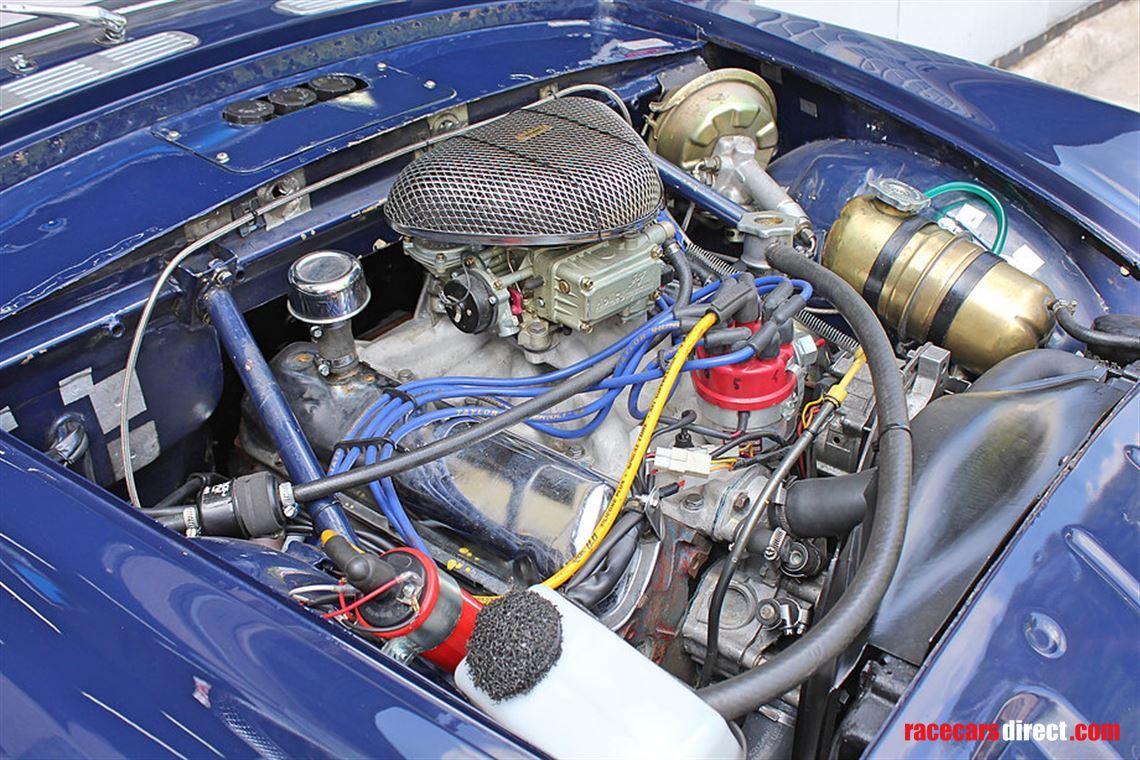 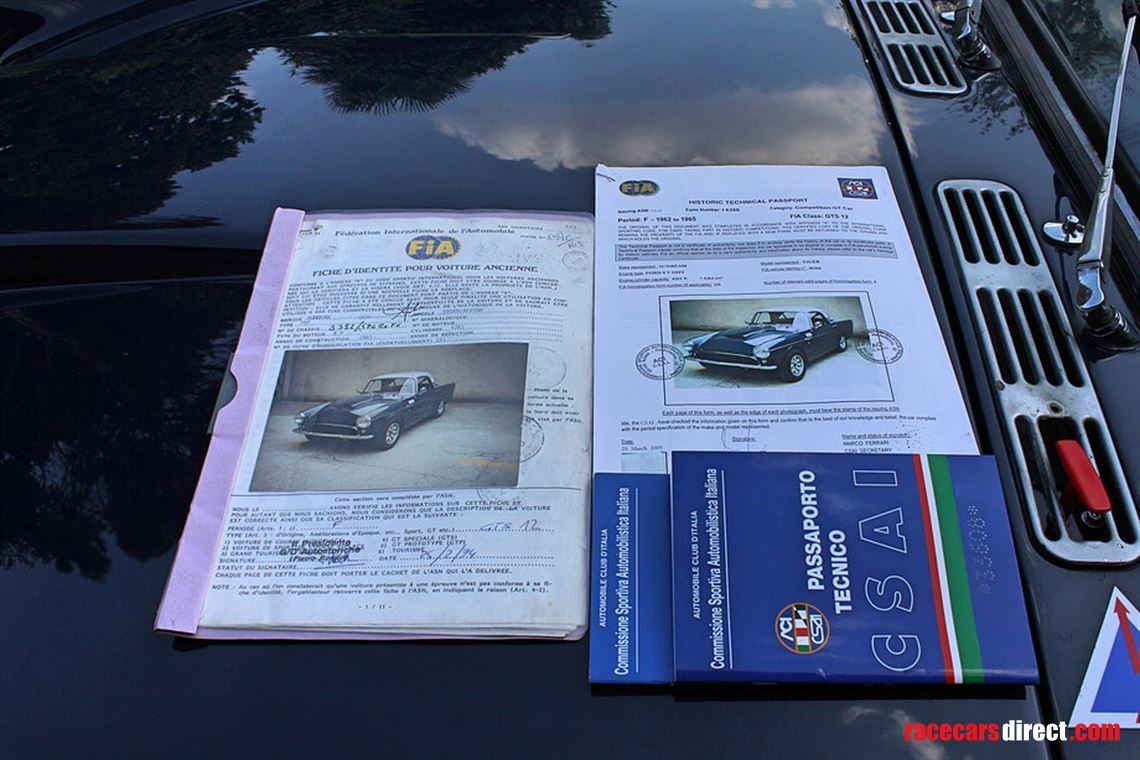 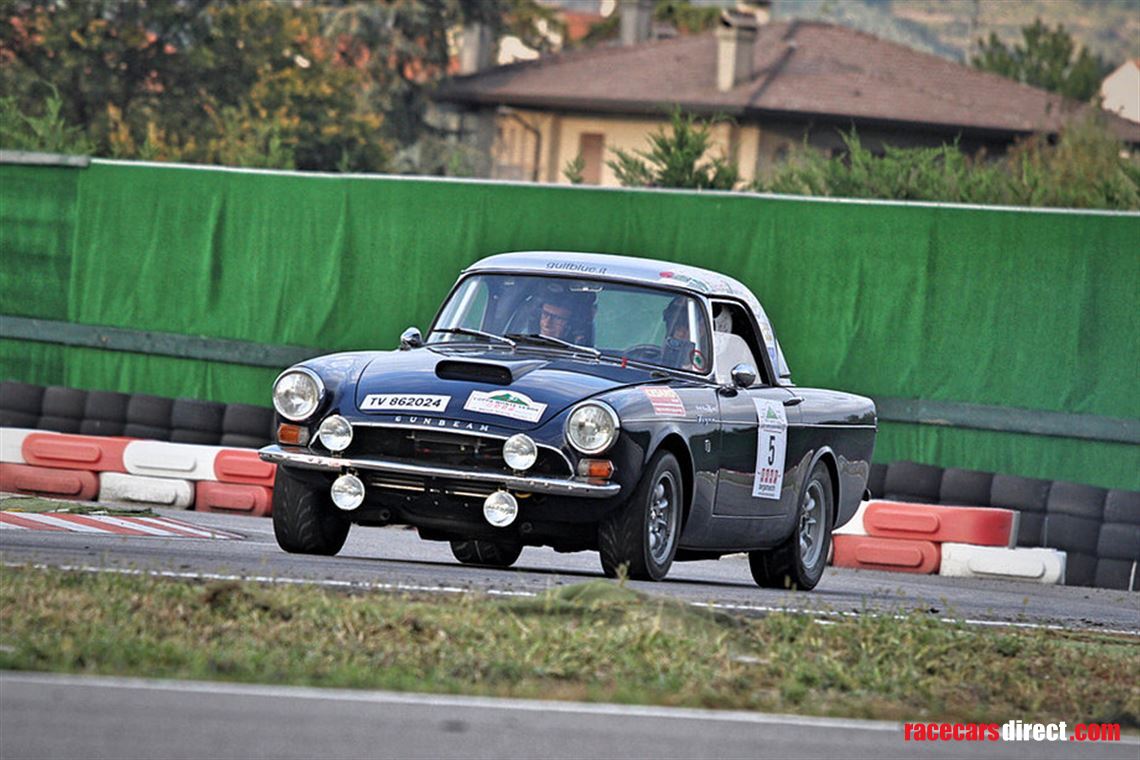 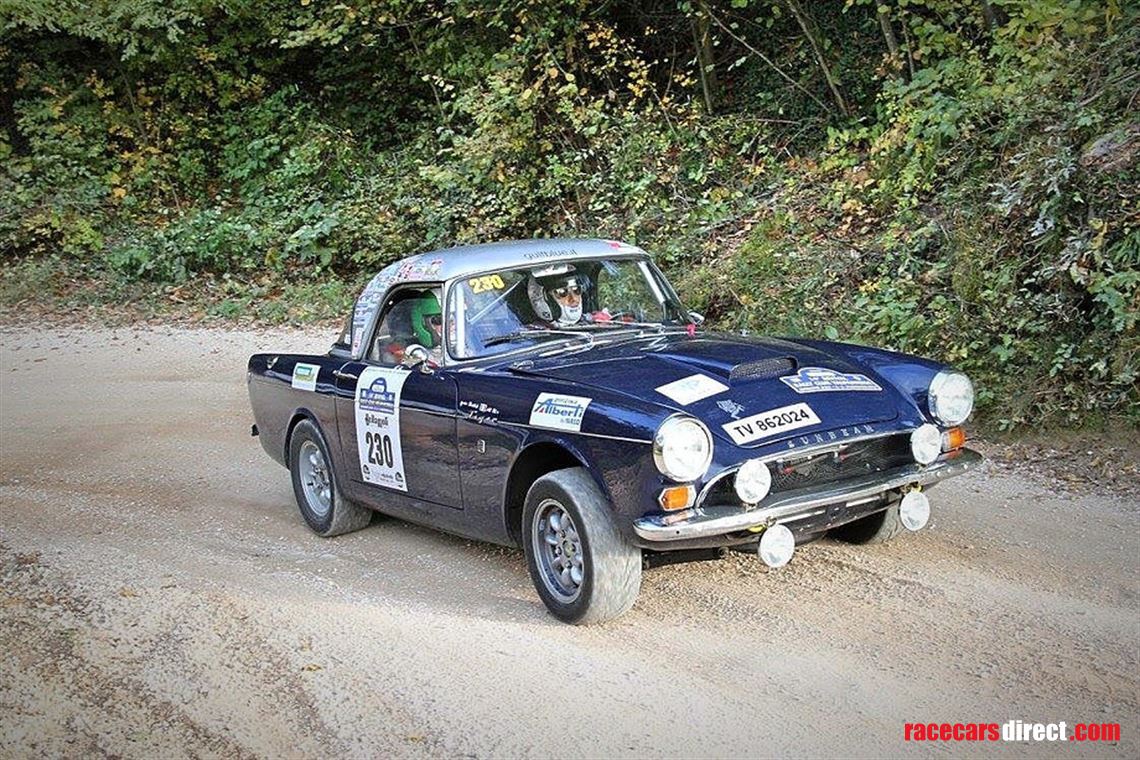 The car offered is a well known example of the british roadster, arrived in Italy in 1990, used for rallies: it is a “Midnight blue” Mk1 Tiger produced in 1965 then prepared here in Italy, starting from bare metal chassis, for racing in GTS <65 class in many events both of the italian and european rally championships, for more than 15 years. It is well known by enthusiasts because it was the only Tiger used for rallies, always with good results. In 2016 the car was purchased by the second italian owner who drove it mainly into regularity races.

Built in England by Jensen, the Tiger represented the most extreme version of the “calm” Alpine, fitted with a 4 cylinder engine. On the contrary the Tiger was designed for drag races in the US, where lightness and power were mandatory. Inspired to the Shelby Cobra, now the chassis of the small british spider fitted the mighty V8-260 Small Block derived by the Ford Mustang that could be tuned up to 260/270 hp. The Big Block engine should have been the first choice but it was just too big for the tiny engine bay of the Alpine; Carroll Shelby did suggest the smaller unit.

Between 1964 and 1965 the Tiger raced the World Dragster Championship (won in 1965), rallies and even the 24 hours of Le Mans, with two cars entered directly by Carroll Shelby’s team.

The gentleman driver who raced this car since the 90’s betted on this car thank to its peculiarity: lightweight, power and reliability were the strong points of many victories.

Recently, the car has been refurbished: body repainted, engine rebuilt together with cooling and electrical systems, suspensions and brakes.

It comes with the first HTP dated 1994 and the second from 2009. Since 2016 the car also has the Italian ACI-CSAI Regularity passport.

Many spare parts comes with the car, useful to race or even to bring the Tiger back as a street legal version. Among them there are: six wheels, one rear axle with differential and different ratios, clutch and related components, original gauges, original door panels and seats,  oil sump, doors, hoods and bumpers, front and tail lights, emblems and trims, trasmission and driveshaft components, larger Holley carburetor, two camshafts, one new waterpump and one distributor.

It is the ideal choice for an easy pre-65 GT car that could attend the Tour Auto, the Modena 100 ore, the 3 or 6 hours of Spa Francrchamps, then Eiffel classic and national or european track and rally championships.

The revered Carrera 3.0 transformed into a rally car; successfully rallied in 'Group B' Euro events. 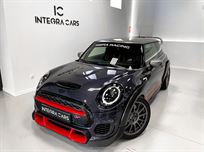 Fully prepeared tracktool by Riera Racing it is road legal and has all the serial components.