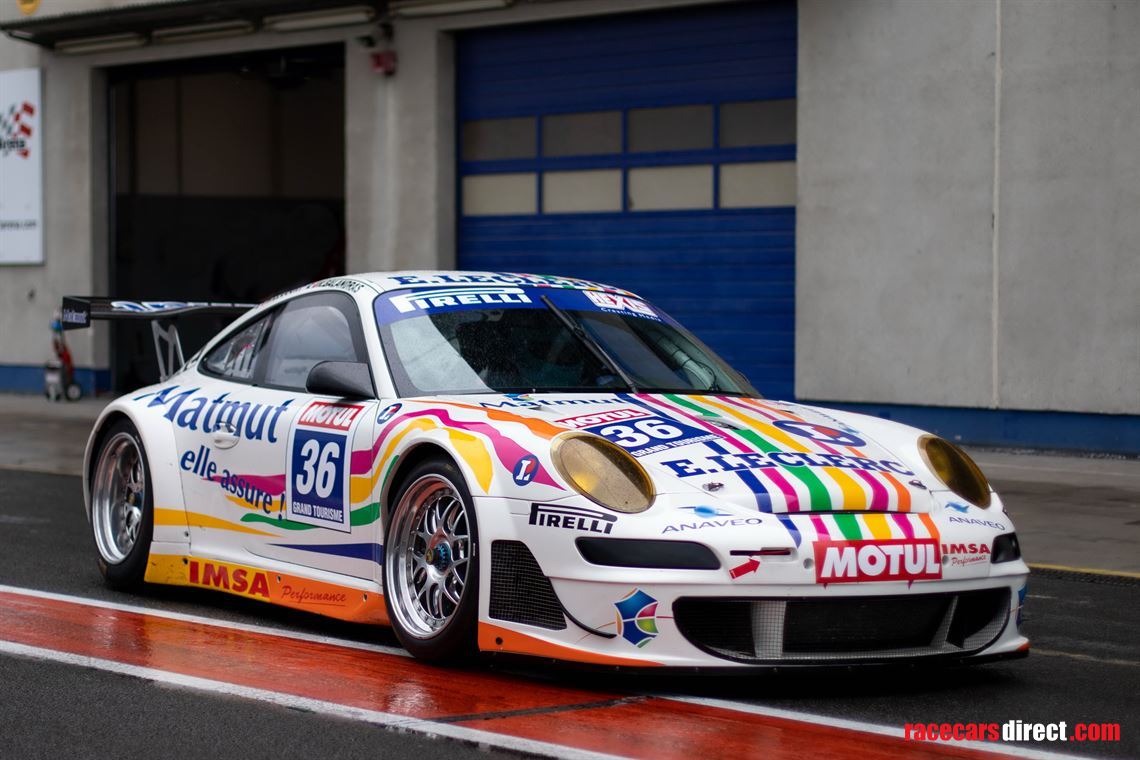 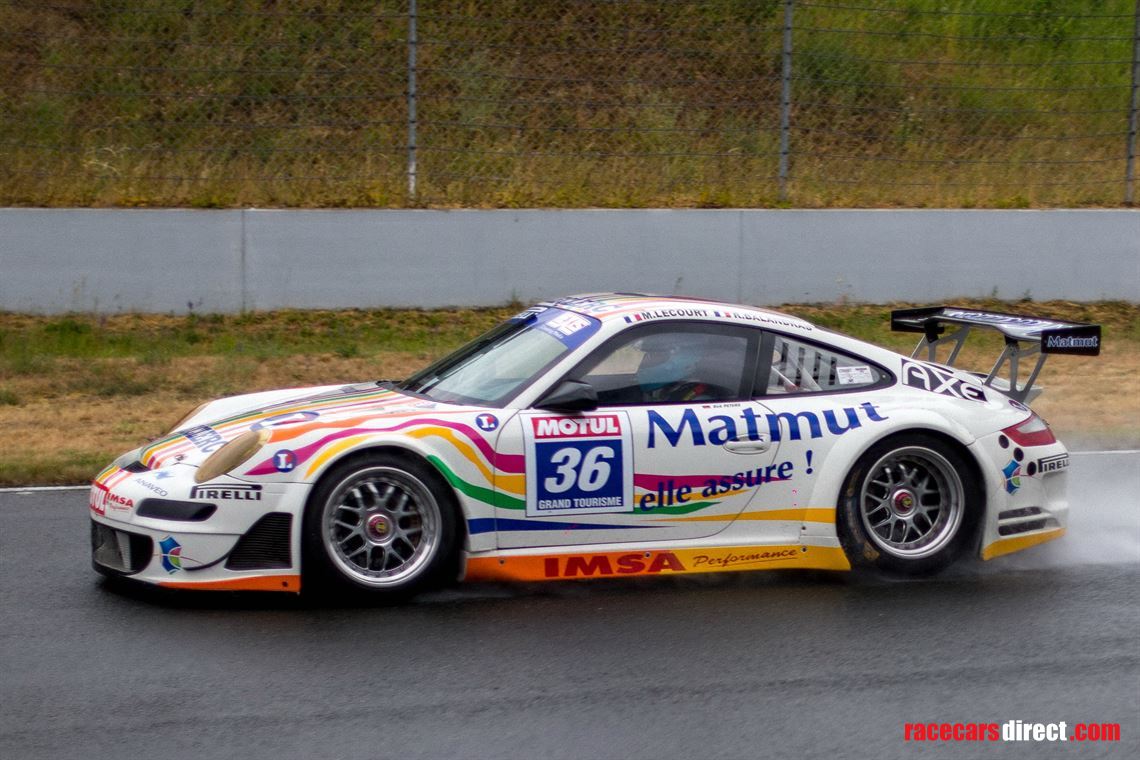 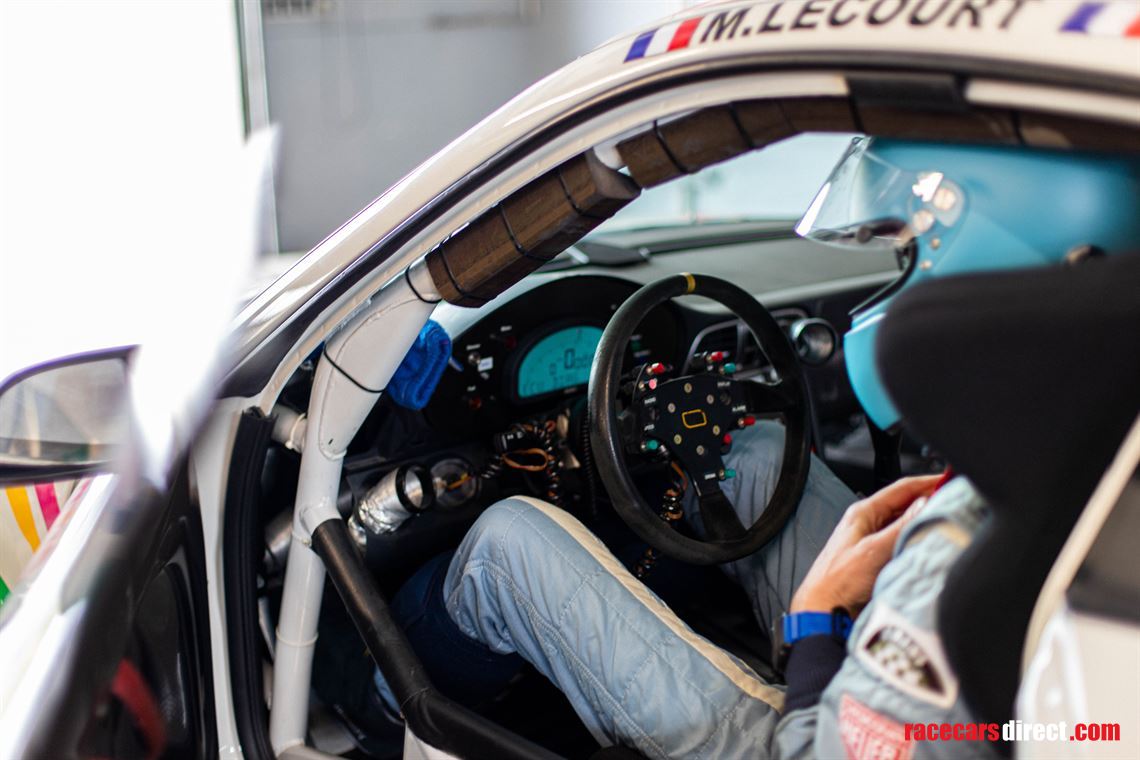 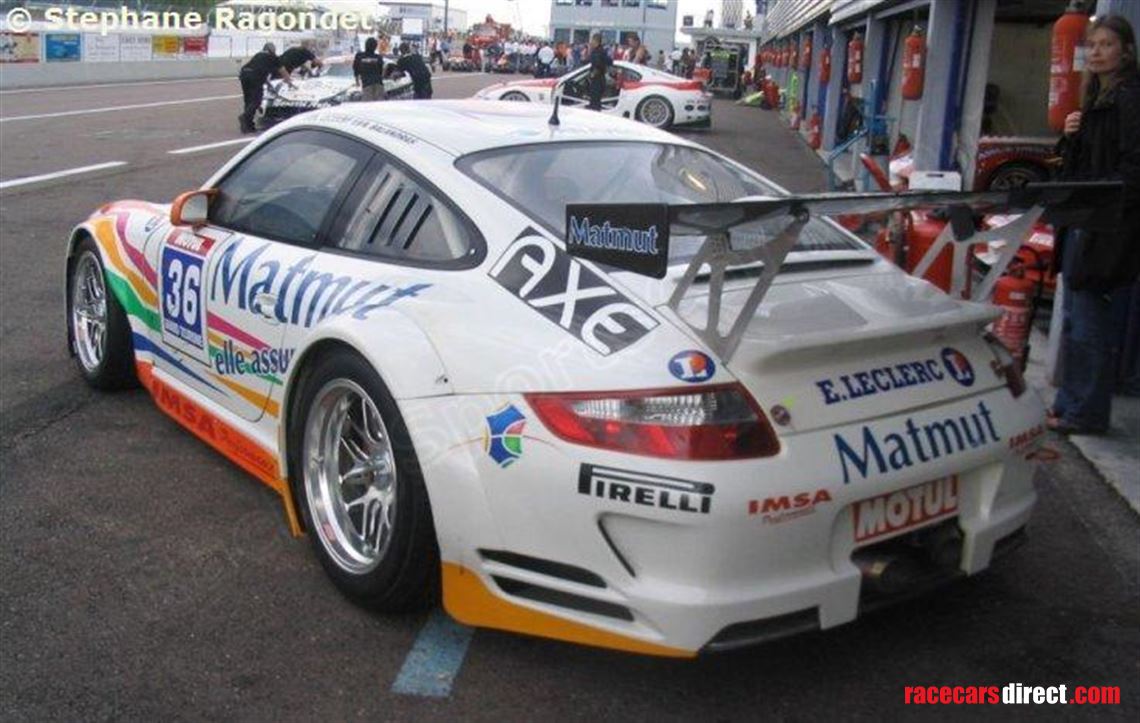 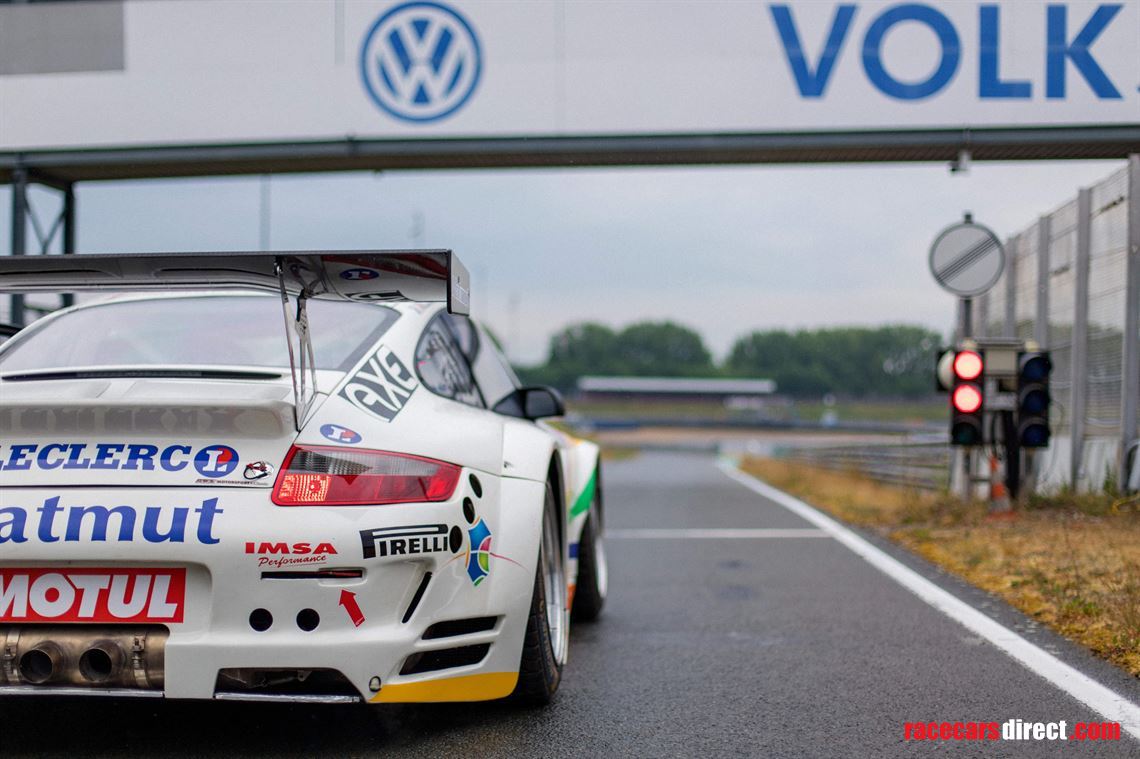 This RSR has been with IMSA Performance in its early days of racing.
2007 is arguably the team's most successful year.
Despite Narac racing for Oreca in the GT1 class in FFSA GT, the team still dominated the GT2 class thanks to the duo of Michel Lecourt and Richard Balandras using the new 997 GT3 RSR.
IMSA Performance had two 997 RSR running. The one piloted by Raymond Narac and Richard Lietz raced with the team in the 2007 Le Mans Series and at 24h Le Mans.
The other car which is this particular RSR, was piloted by Michel Lecourt alongside Richard Balandrais mainly in FFSA GT.
It was also used in FIA GT in Nogaro in March 2007.

This vehicle is still equipped with the original engine and gearbox, so it is “matching numbers” what is extremely rare with a race car in that age.
There are 3 sets of brand new BBS rims, as well as some spares available.
Furthermore, the current owner has invested a total of approx. 180,000.00 € in the complete overhaul of the 997 RSR.
After finishing the restoration the car did only a short shake down, no races at all.
This means that the RSR has just one hour of running time on the engine and transmission.
For all the work done on the Porsche, there are original invoices available.
Another interesting fact about this RSR is that the current owner has spent approx. 15.000 € to fit the car with a racing ABS R4 Kit, which is not on board as standard.

Race and pit equipment for sale