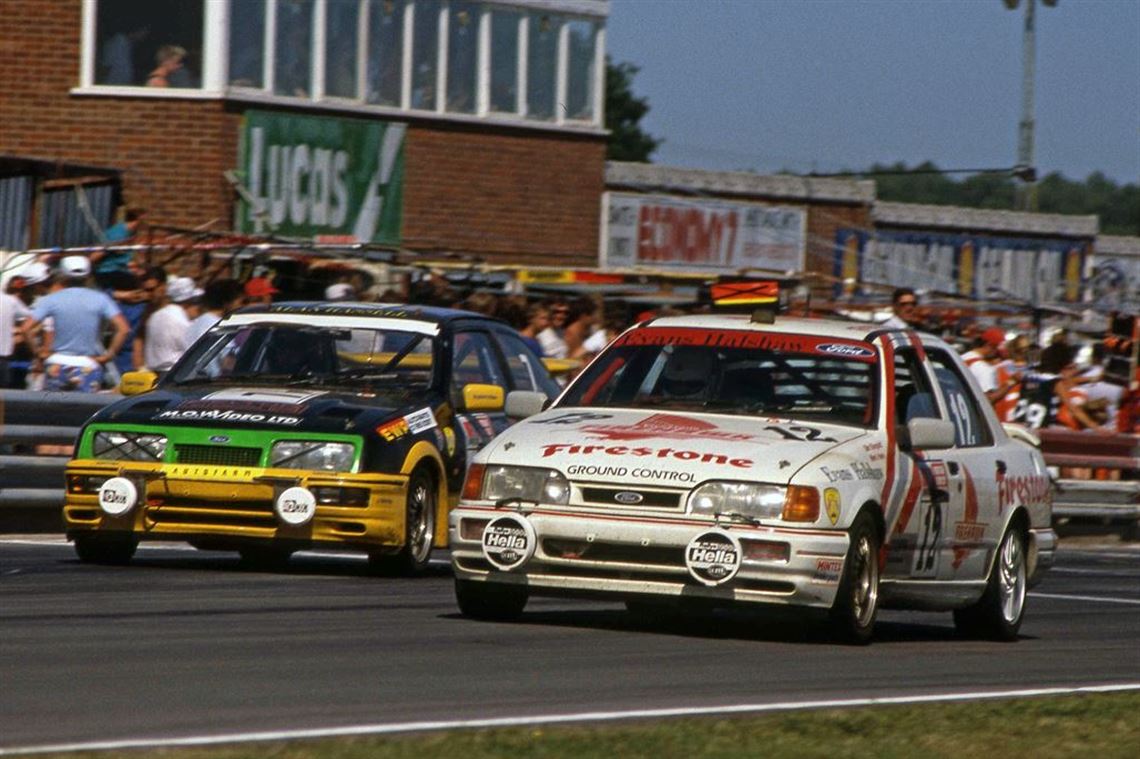 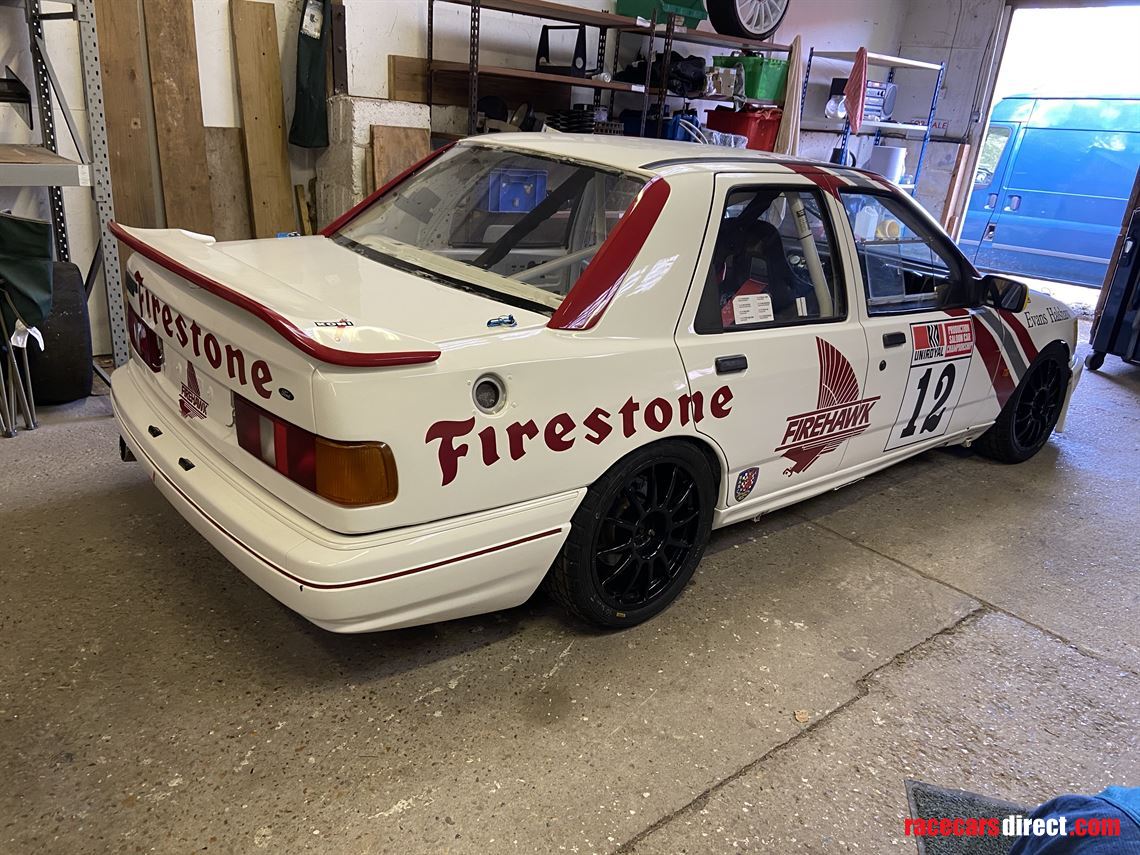 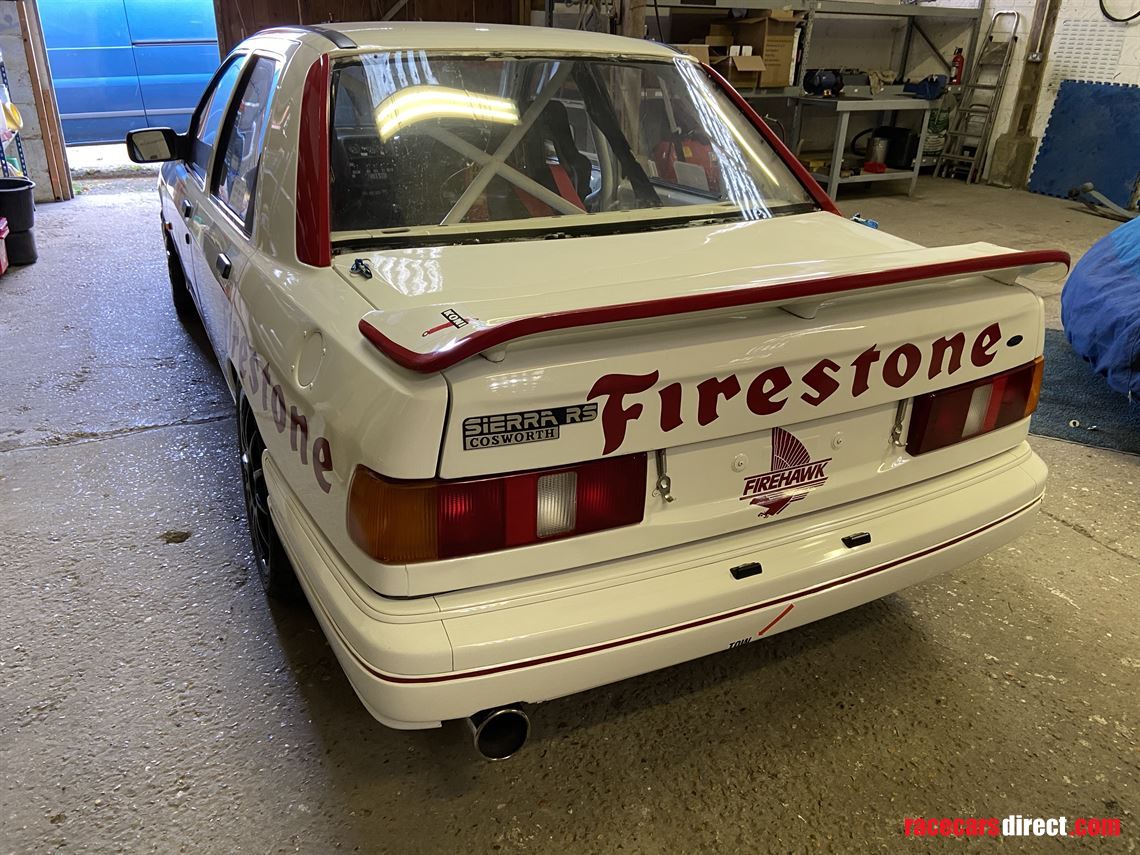 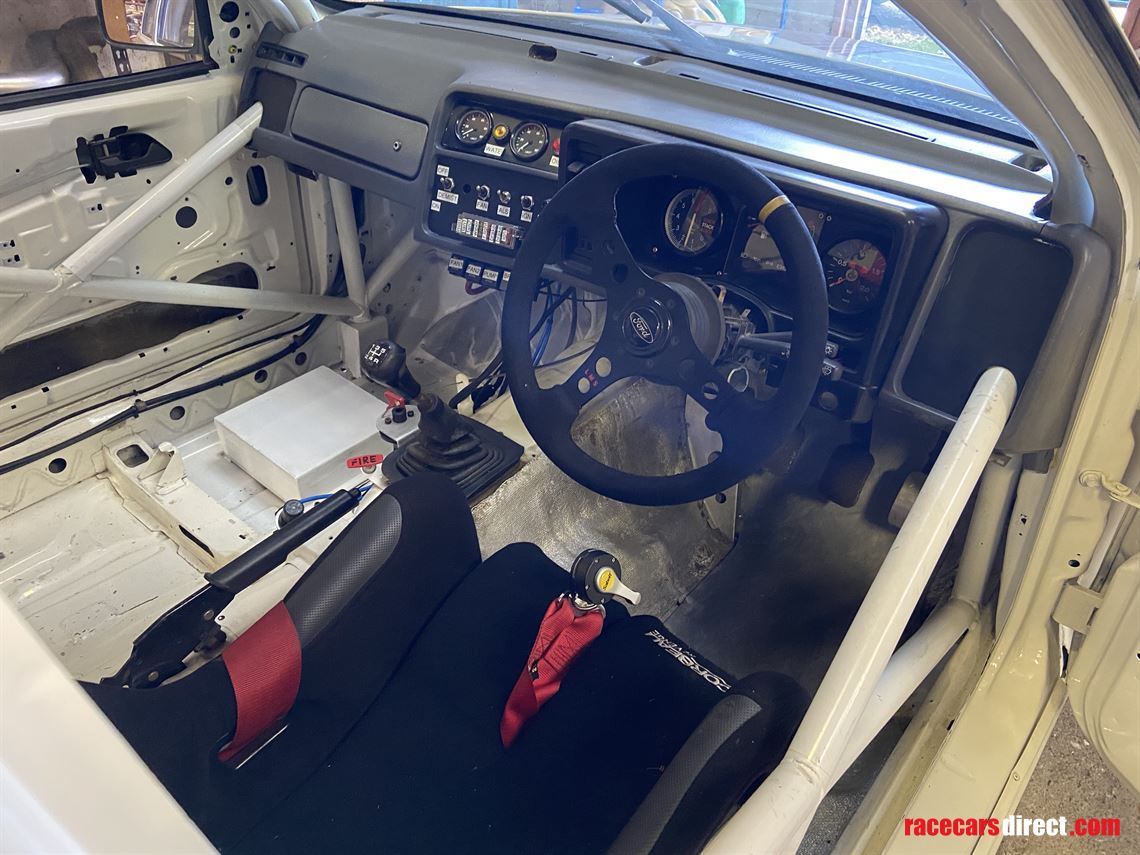 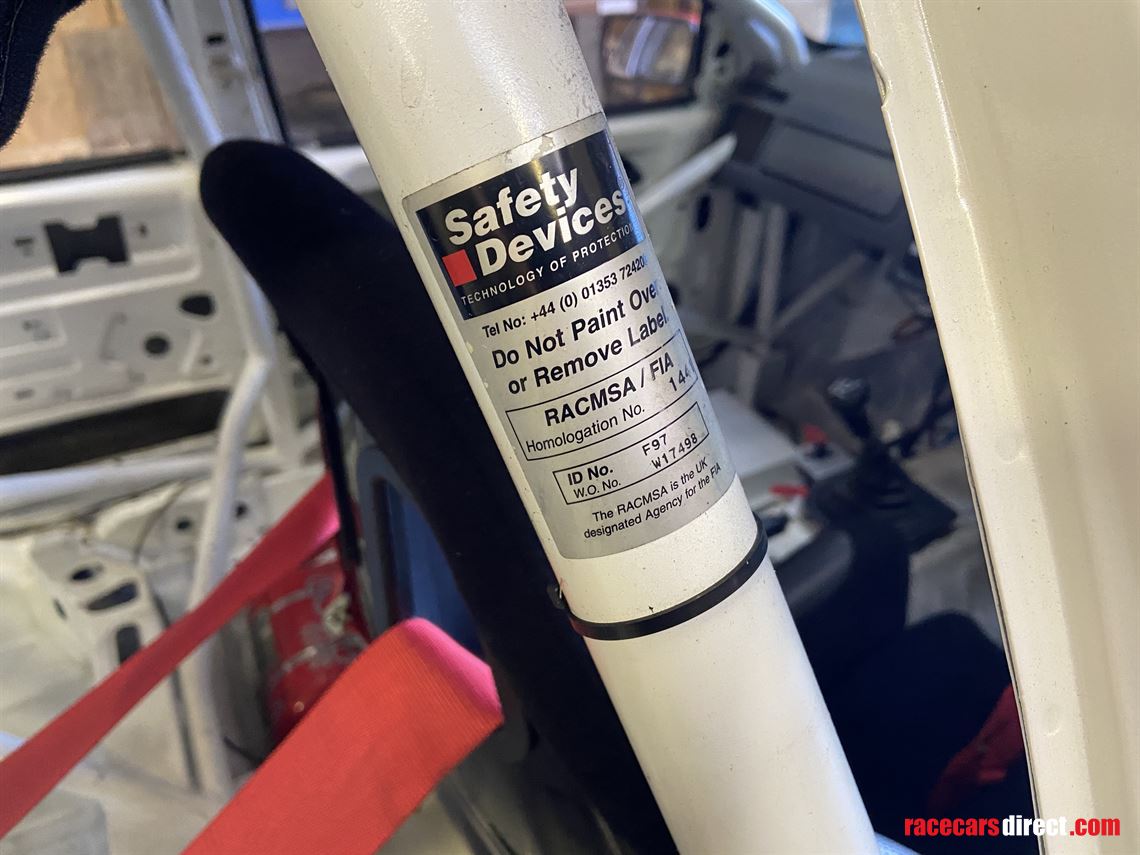 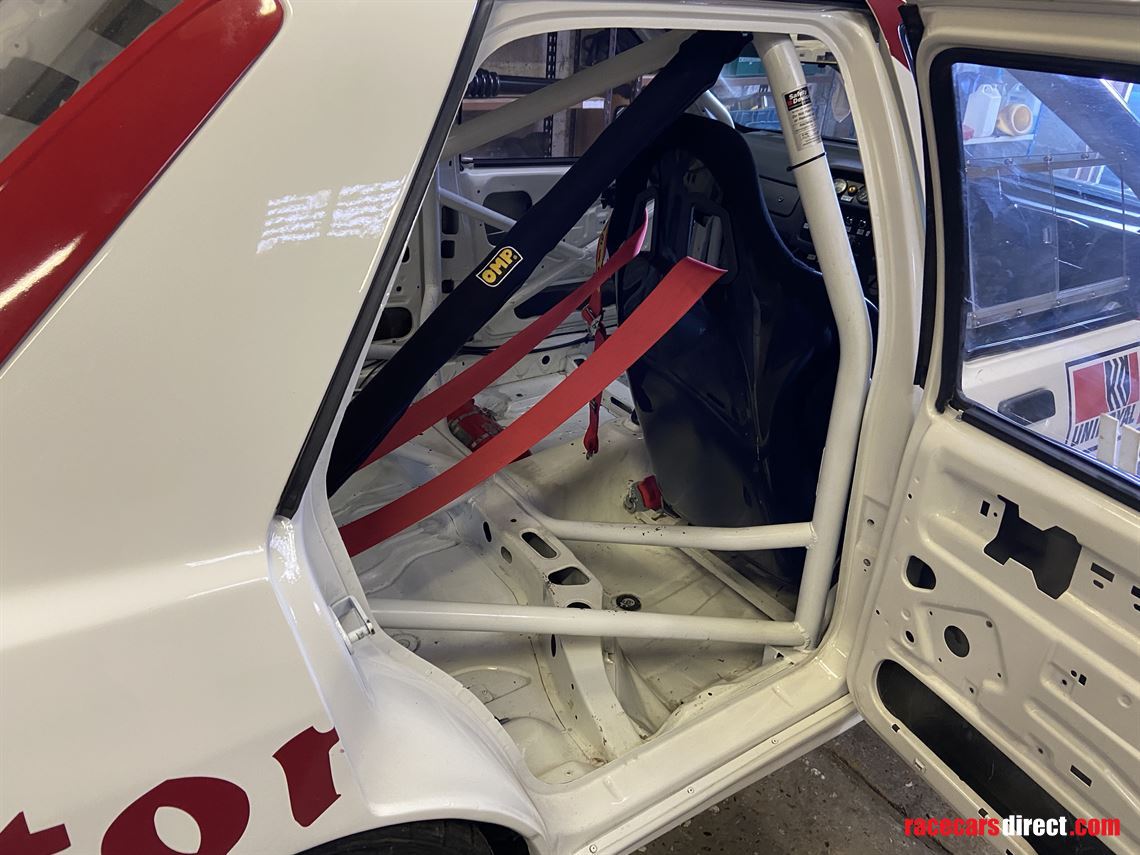 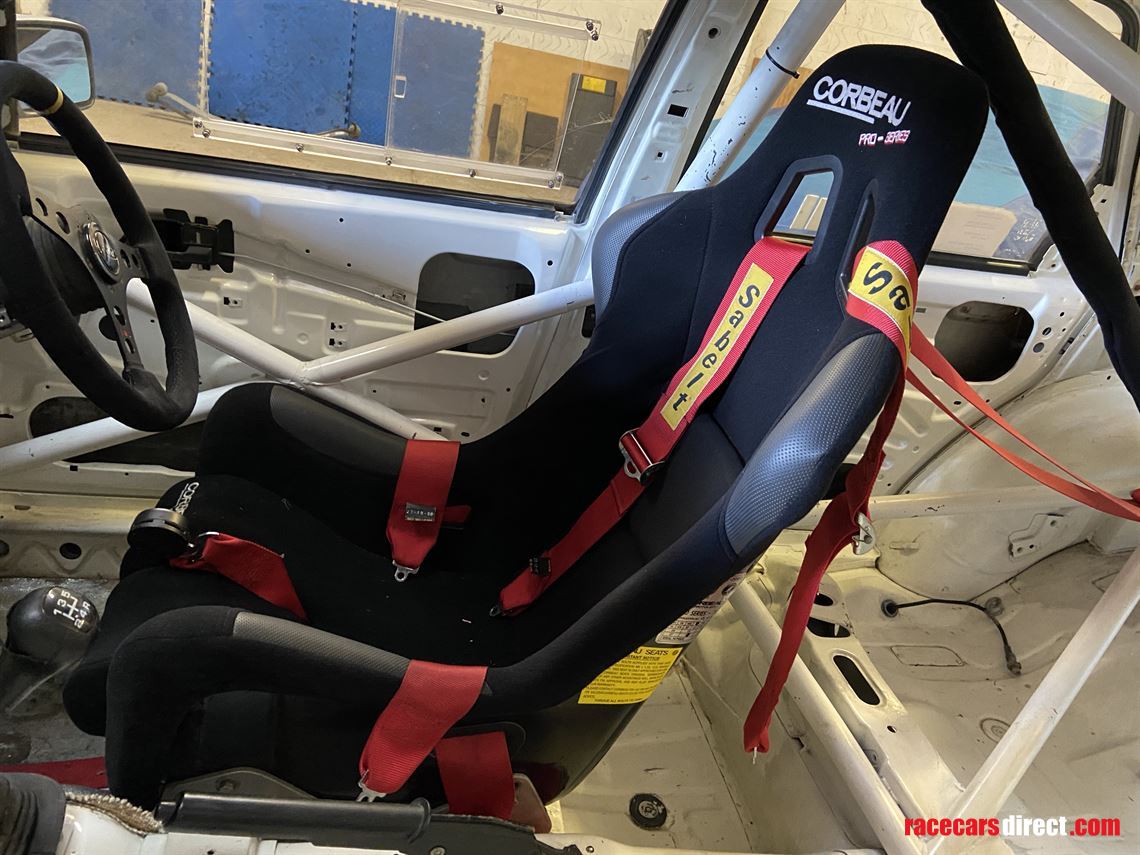 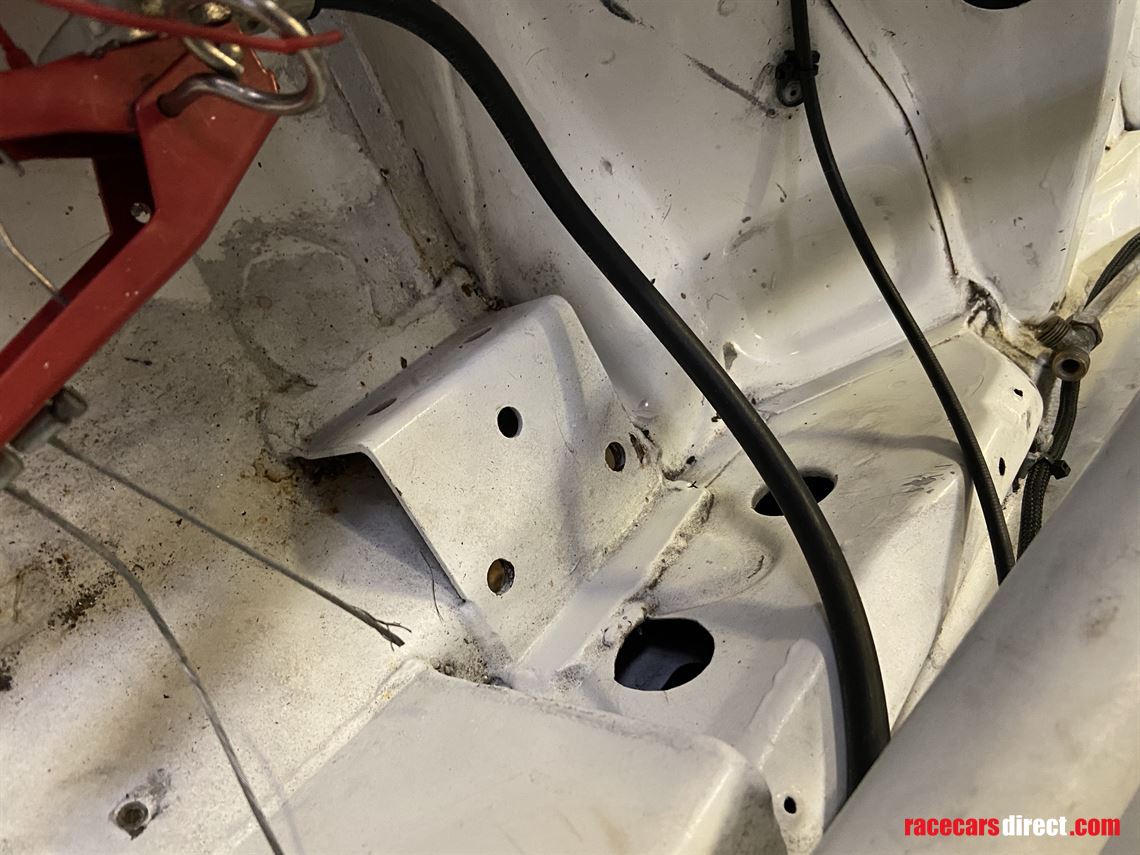 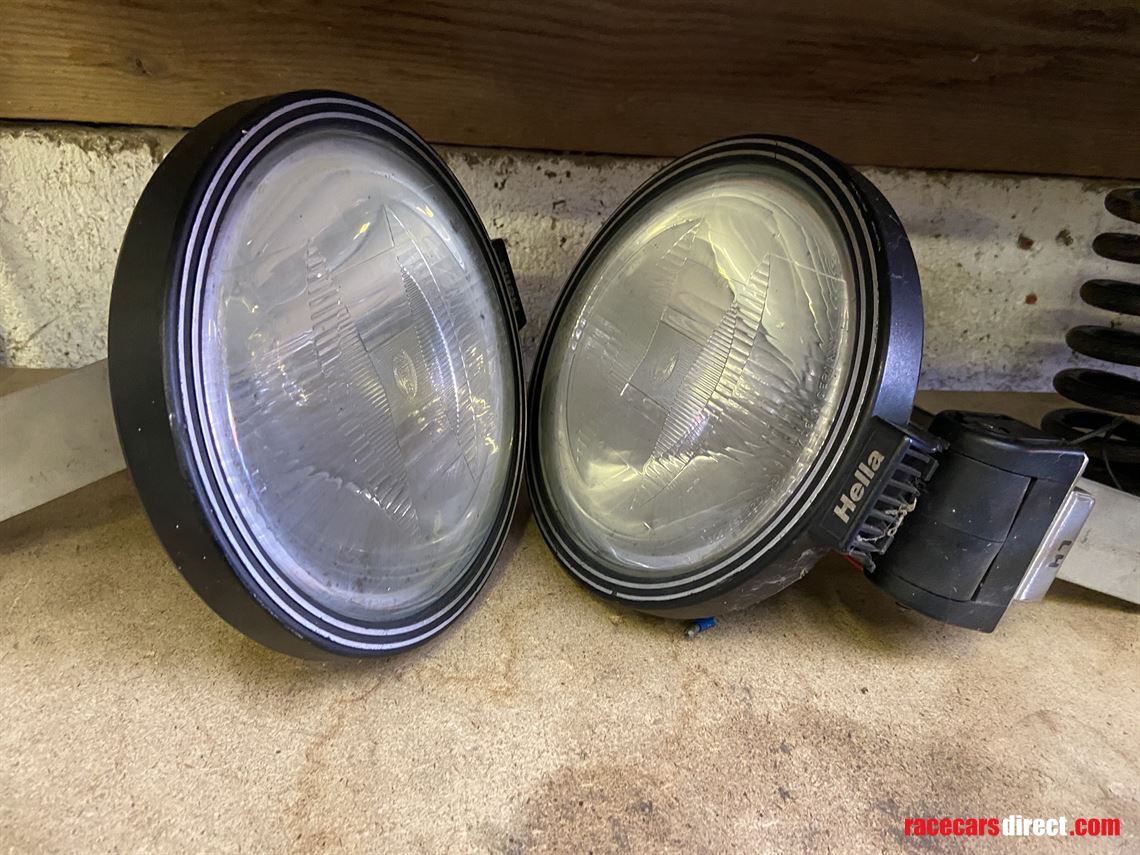 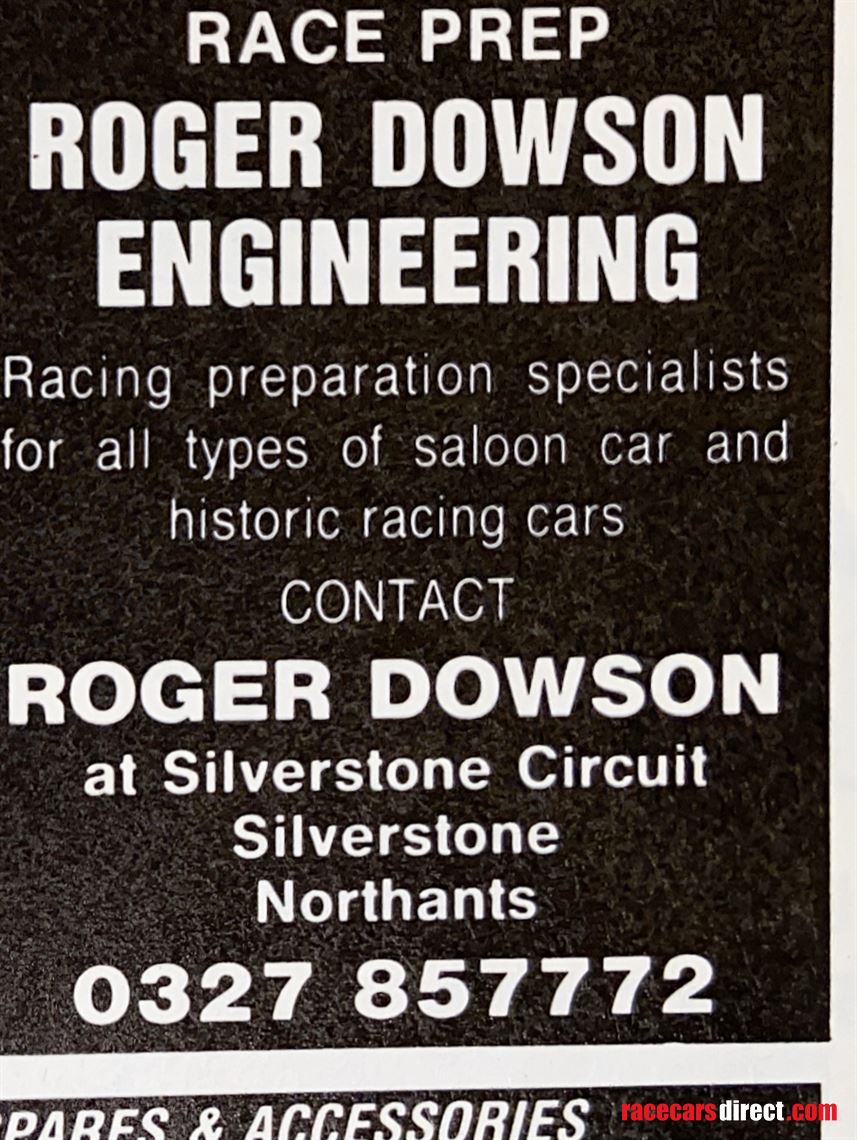 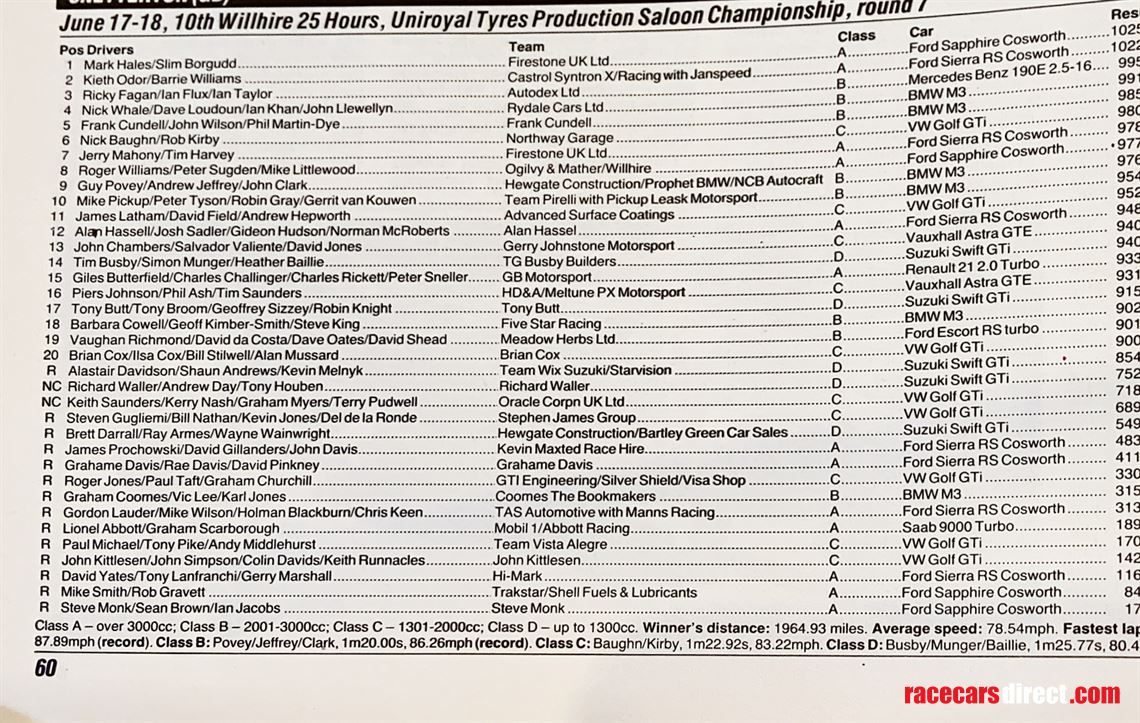 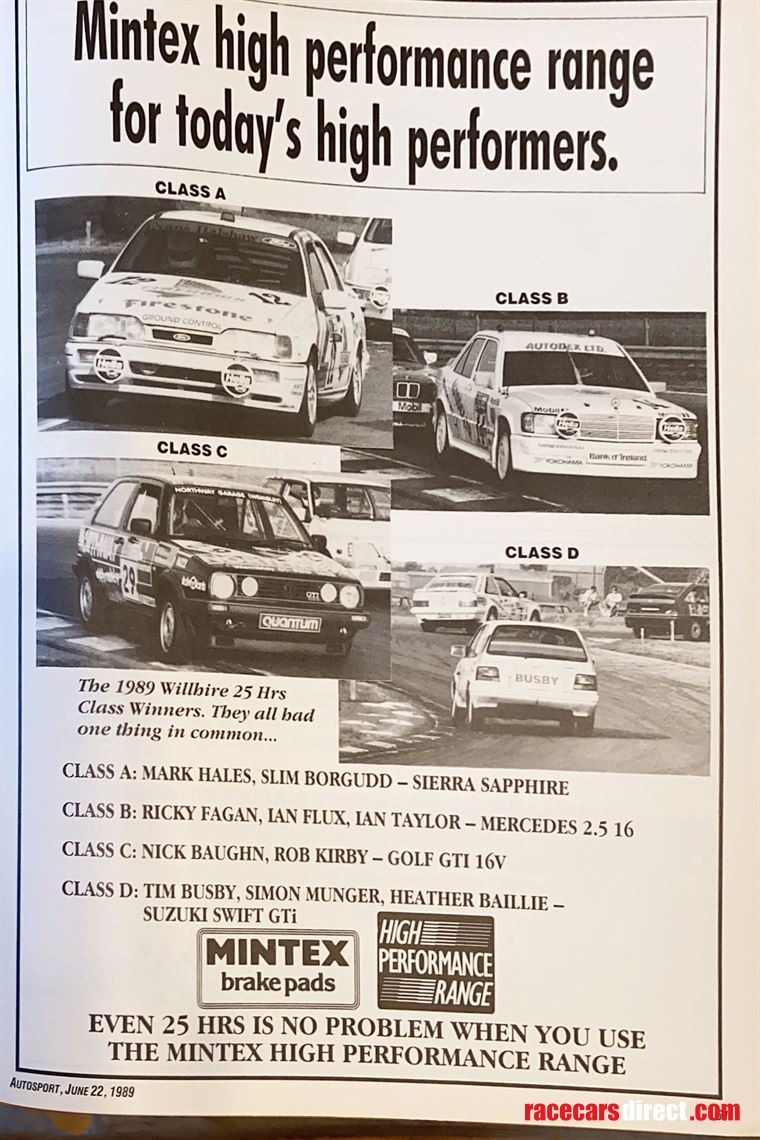 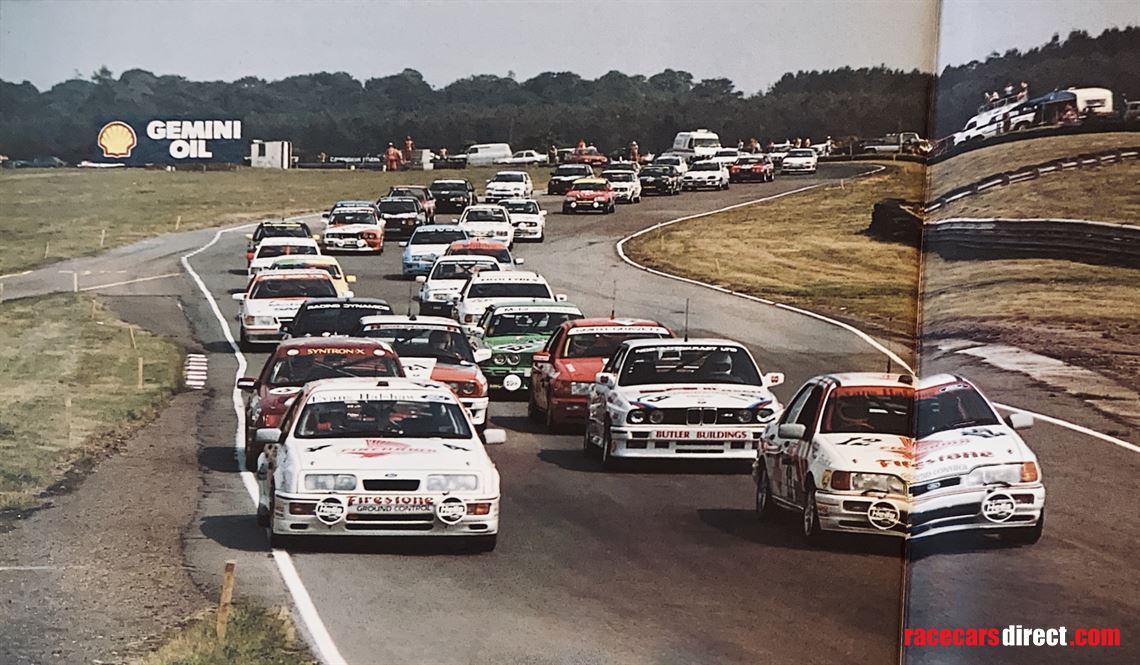 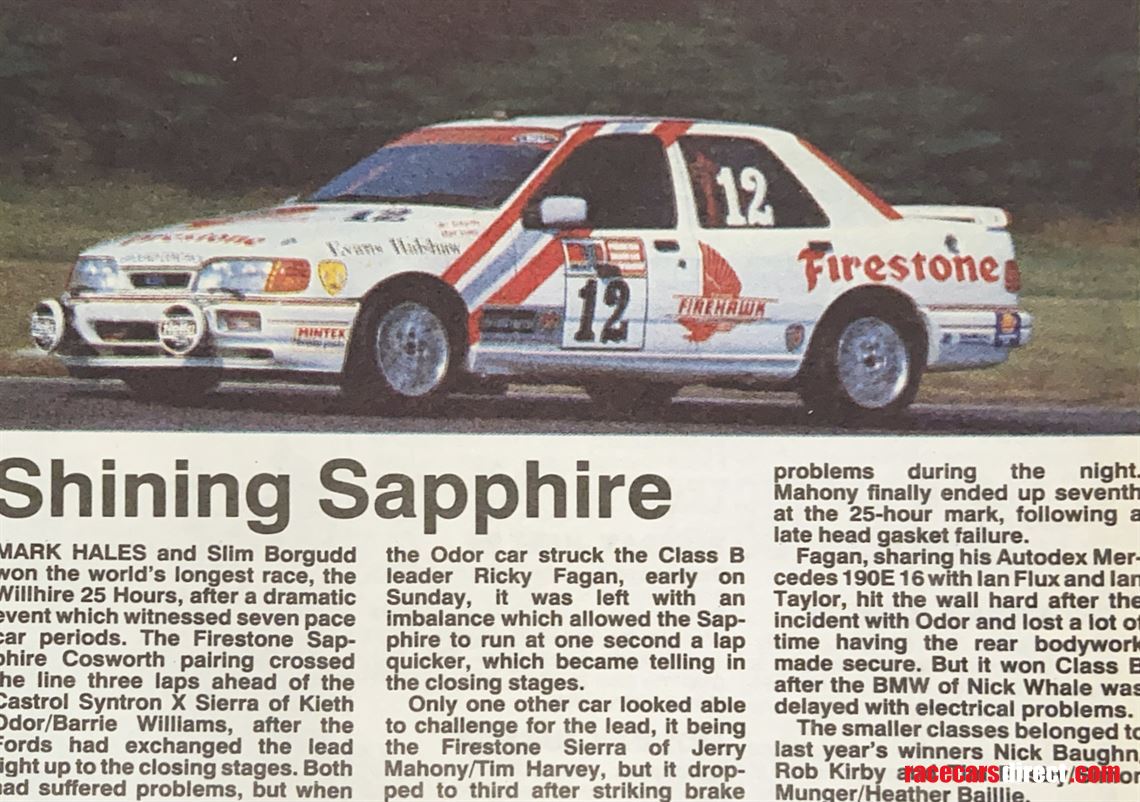 The championship had established one of the key rounds as the annual Willhire 24 hour race which for 1989 was extended to 25 hours in celebration of the anniversary of Roger Williams’ company. For the event Mark was partnered by former F1 driver for ATS and Tyrrell and subsequent FIA World Truck Racing Champion Slim Borgudd. After battling head to head for 23 of the 25 hours with Keith Odor and Barrie Williams in a Castrol Syntron X Sierra the Sapphire secured the win of what, at the time, was the longest closed circuit race in the world. The overall championship honours for the 89 season were also claimed by Mark and this Sapphire.

The car was retained for a short period by Firestone for promotional work before being sold to Alex Sidwell in 1992 (receipt on file) who then raced the car in BARC and SEMSEC Modified Saloon car series before joining the Dutch super car Challenge . During this period the car was required to be upgraded from the original bolt in rollcage to international FIA spec. The YB 200 engine was rebuilt by specialists Julian Godfrey Engineering using an ex WRC head with RS500 manifold and 750CC RC injectors with Pectel T6 ECU and produces 460bhp. Fitted with a Quaife CTS T5Racebox, AP 6 pot brakes, Quantum adjustable front coilover dampers & Leda rear dampers, GpA adjustable front ARB, rose jointed track control arms and compression struts. Receipts and engine build sheet & wiring pin out on file.

A Substantial History file comes with it including , bills receipts, programmes and publications of the time

£50,000 ,Car is located in Lewes East Sussex For viewings

Totally restored and race prepared including engine rebuild all with 0 Klms.