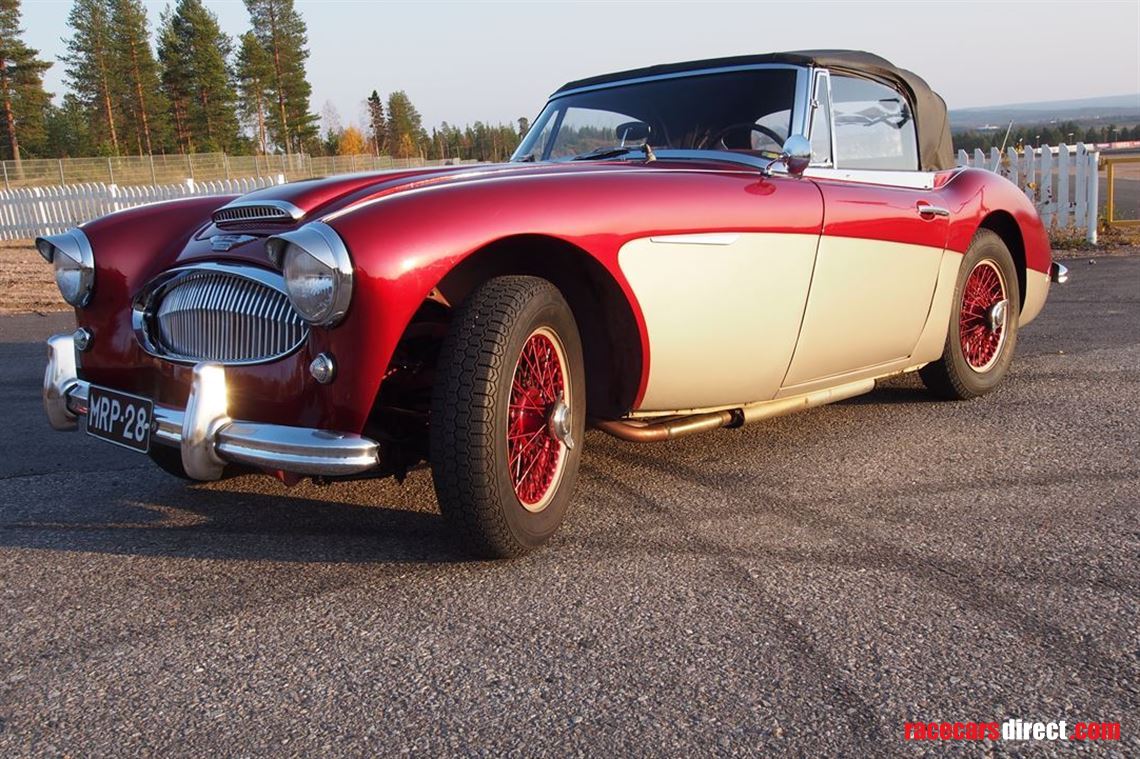 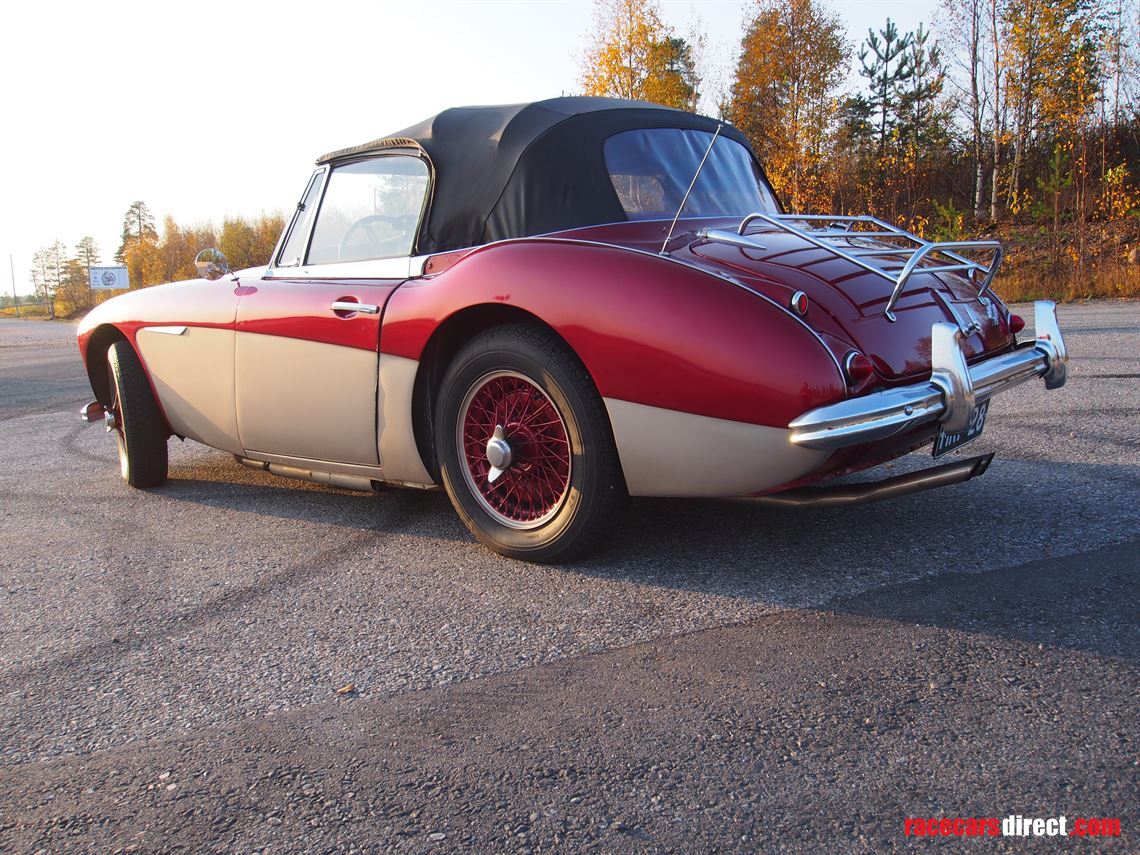 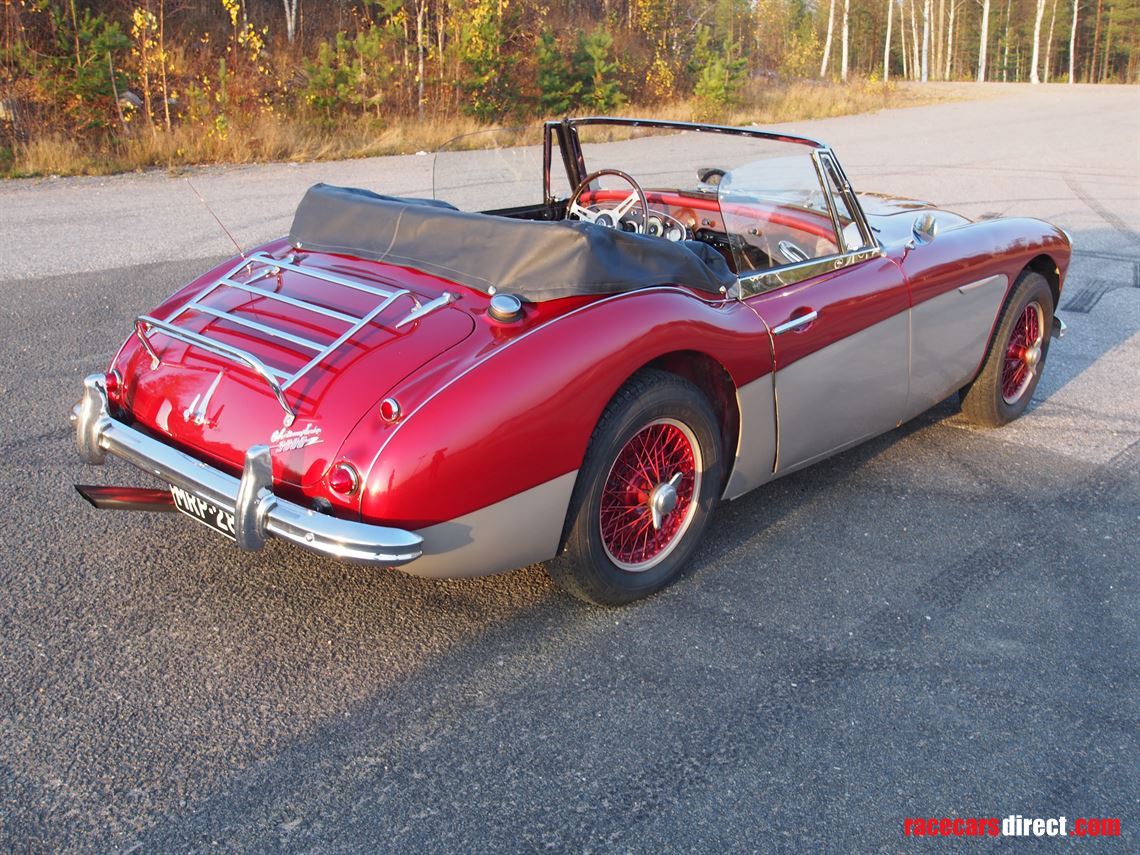 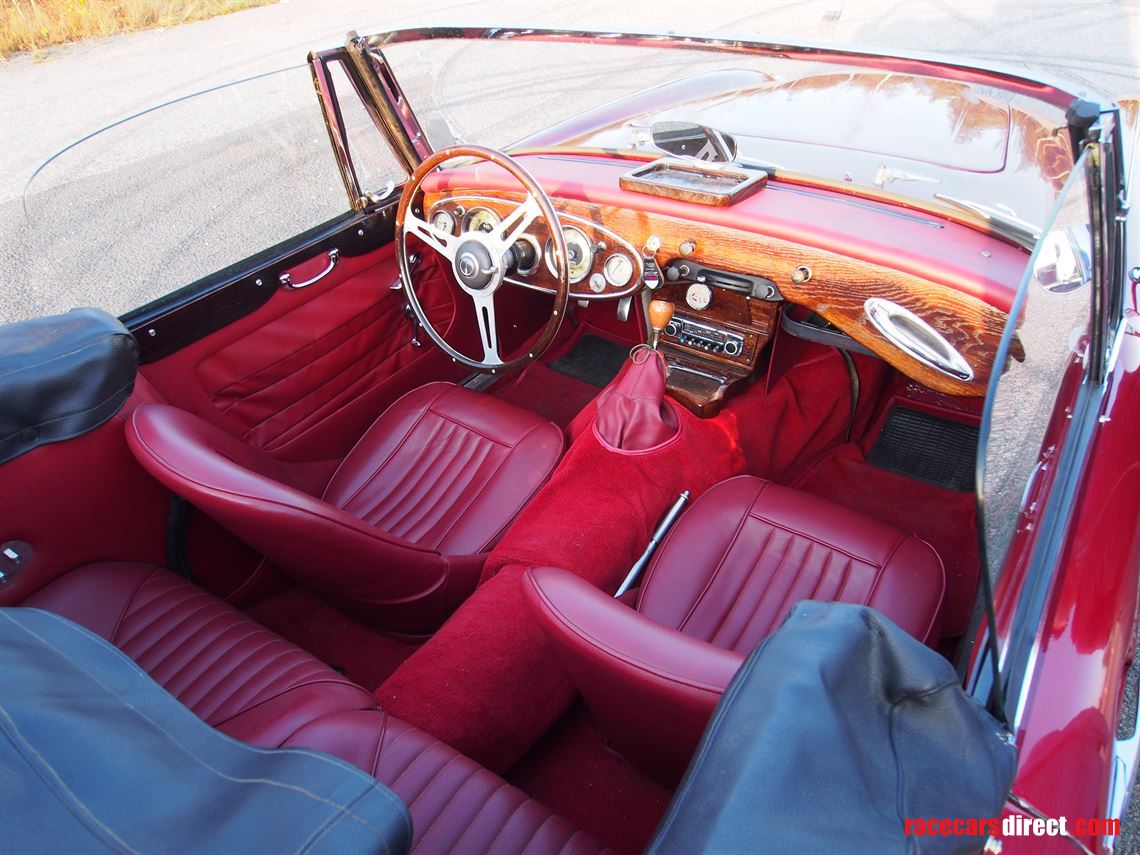 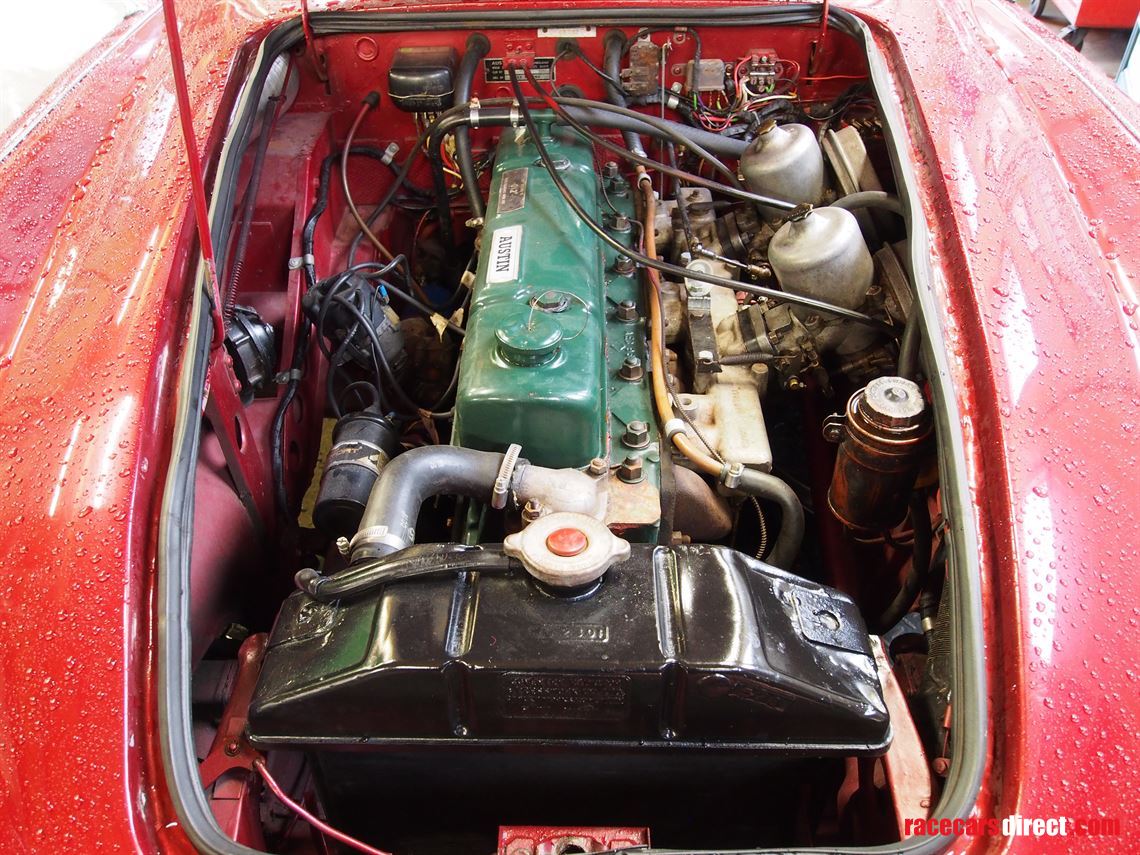 Owner purchased the car in August 2001 and was inspected (MOT/TUV) on September 27, 2001. The car was in working order, but that did not mean a thing.

The car required restoration and it started virtually straight away.

Engine removed & painted, crankshaft ground + bearings, cylinders honed. The pistons were not replaced, only the piston rings were replaced.

The head was good, the valves were sanded and at the same time the head was skimmed to make sure that it was straight. The valve lifters 3 were renewed because they had little wear.

The floor sections were renewed (welds were protected, pictured) and the two corners of the x-beam were renewed. The longitudinal beams were washed from the inside, dried, and sprayed with rust protection paint, also rust protected on the outside. Seals renewed.

There was no need to do anything for the gearbox and stern, only oil changes (cleaning the overdrive filter). —The overdrive works–

The clutch package was renewed and this year the pedal cylinders were renewed.

The dashboard is solid mahogany, not veneered, also the door interior moldings are mahogany.

In addition, the dashboard rack and center console rack (radio rack) in mahogany – not veneered.

The car was resprayed, not in its original color though.

The original markings can be found on the engine, body, and transmission.

It has driven around 10,000 km since the restoration.

Our younger ones have also completed their own driving trips.

It has been tested as a 5-seater car – three girls in the back and two adults in the front.

This Austin Healey is not owned by us (Koskin Import), we are selling it on behalf of a client. We have not seen the car and are advertising it with the owner’s photos and description, just let us know if you require any more details.

This Austin Healey 3000 Mk2 is in Finland and can be shipped worldwide!

Only one previous owner and less than 30,000 miles from new. A very rare find!