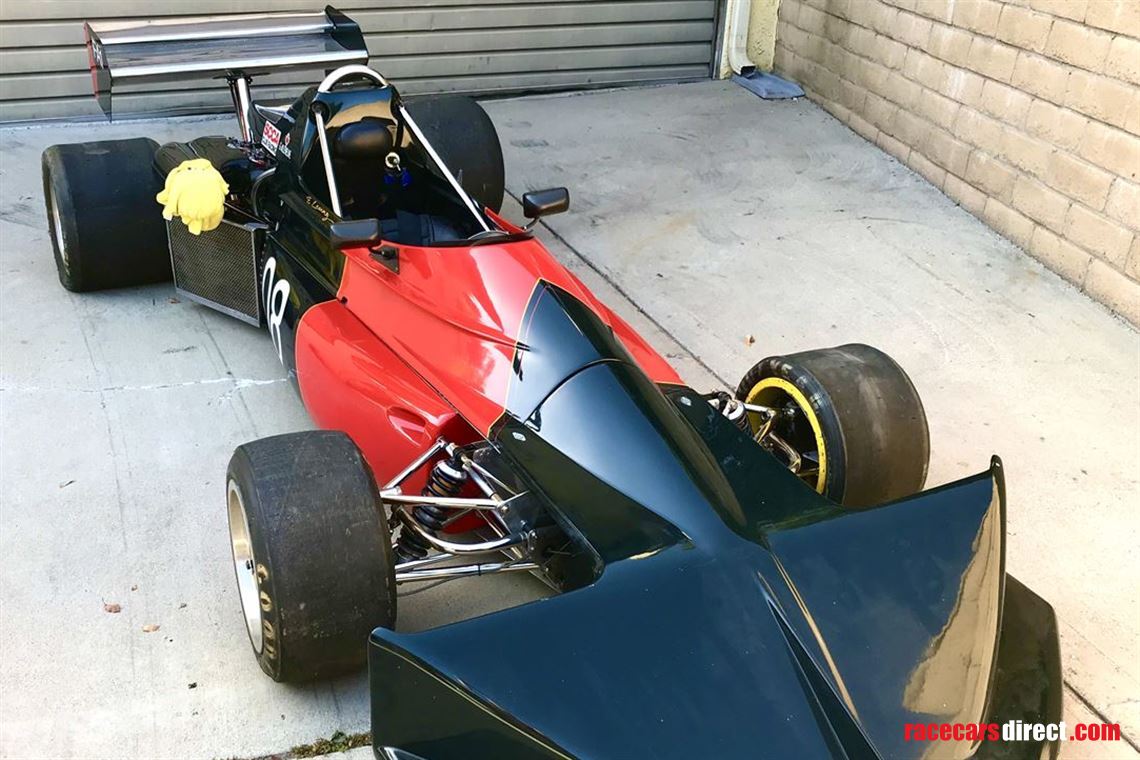 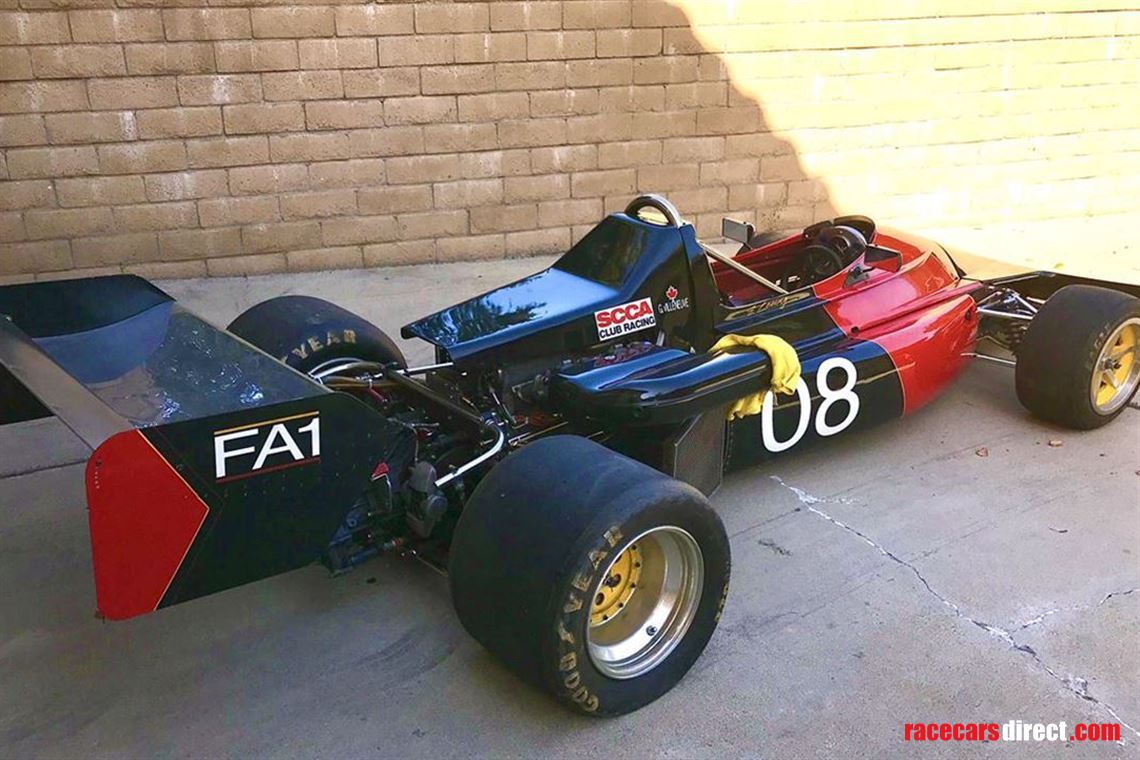 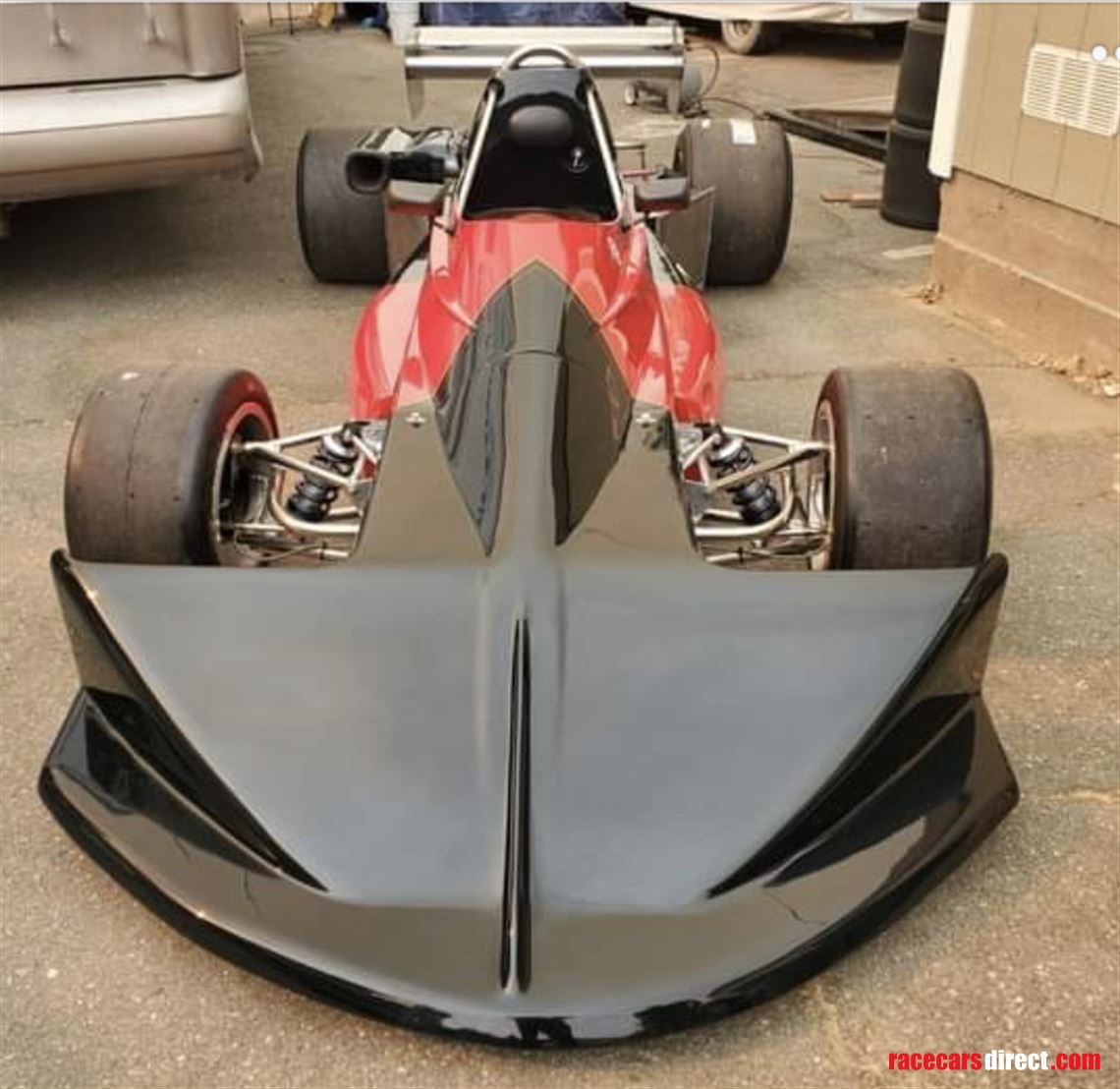 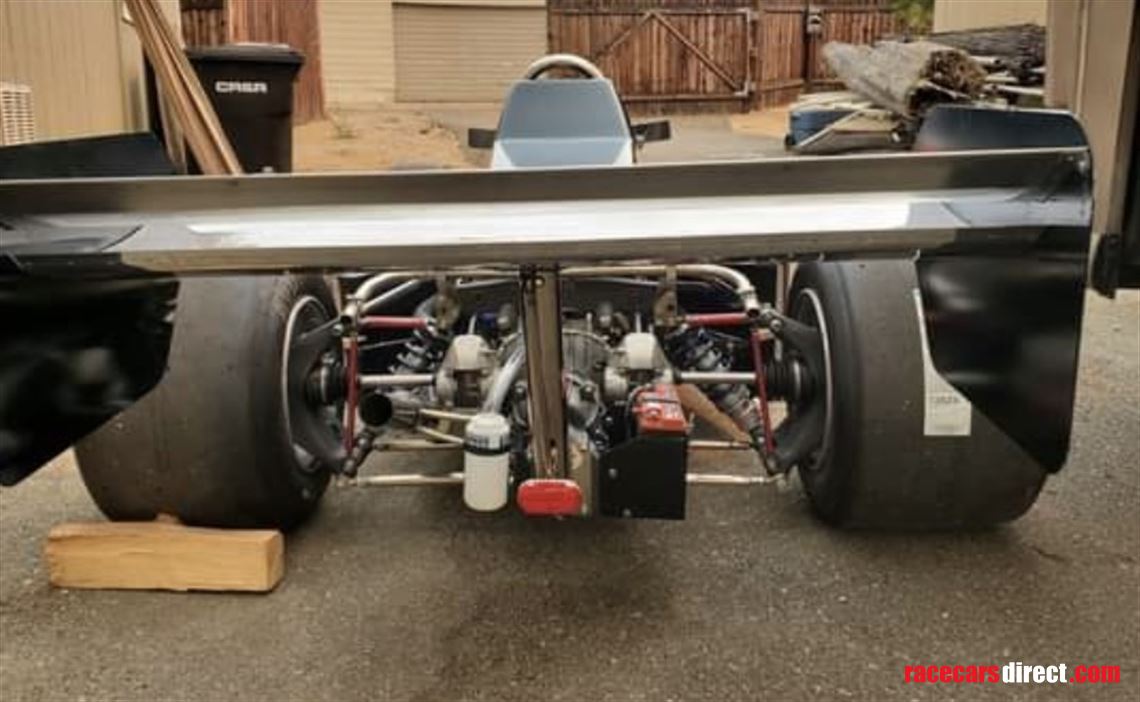 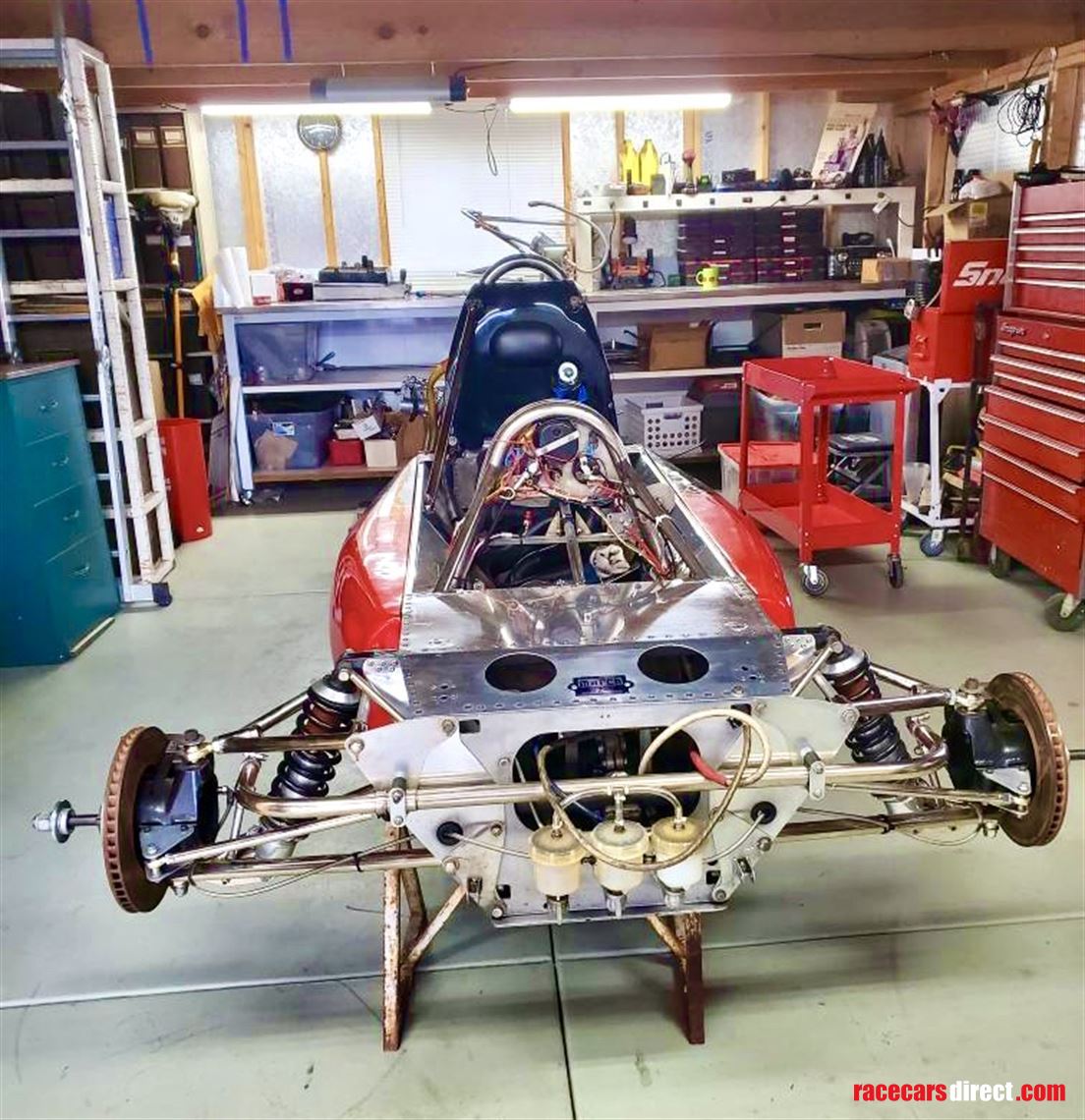 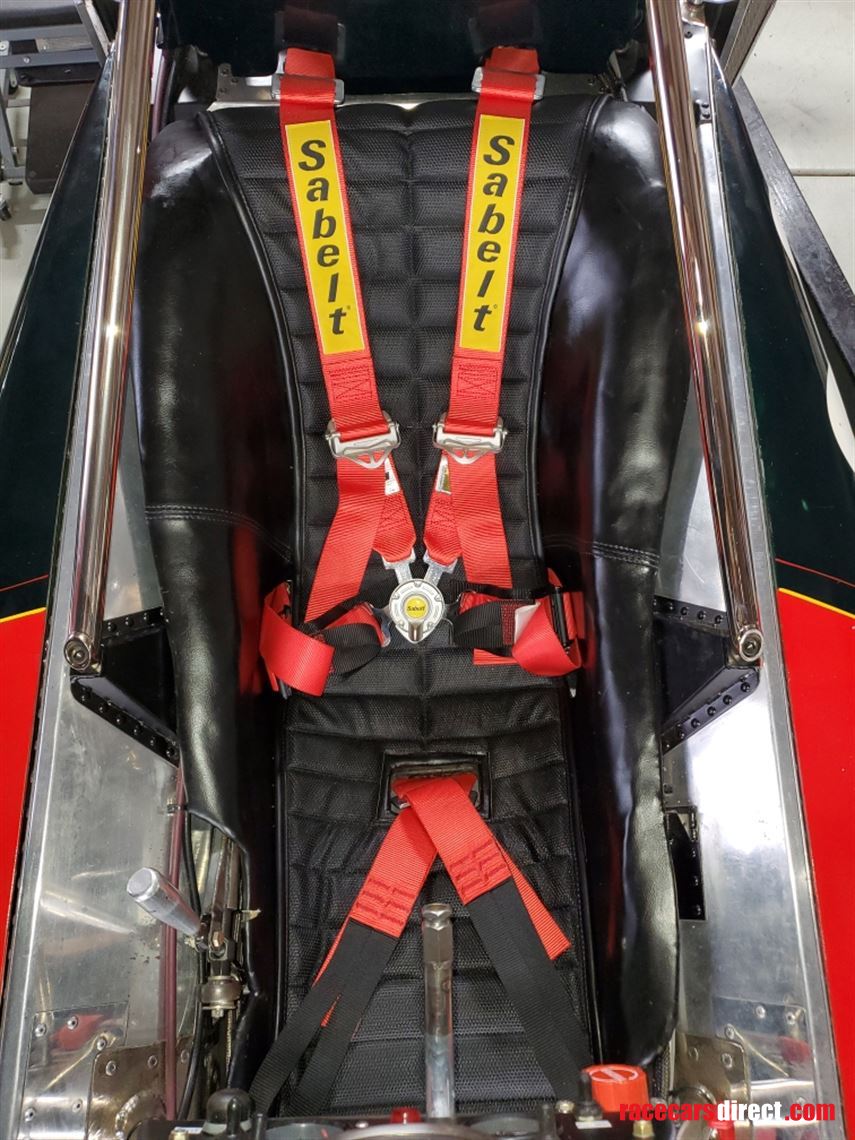 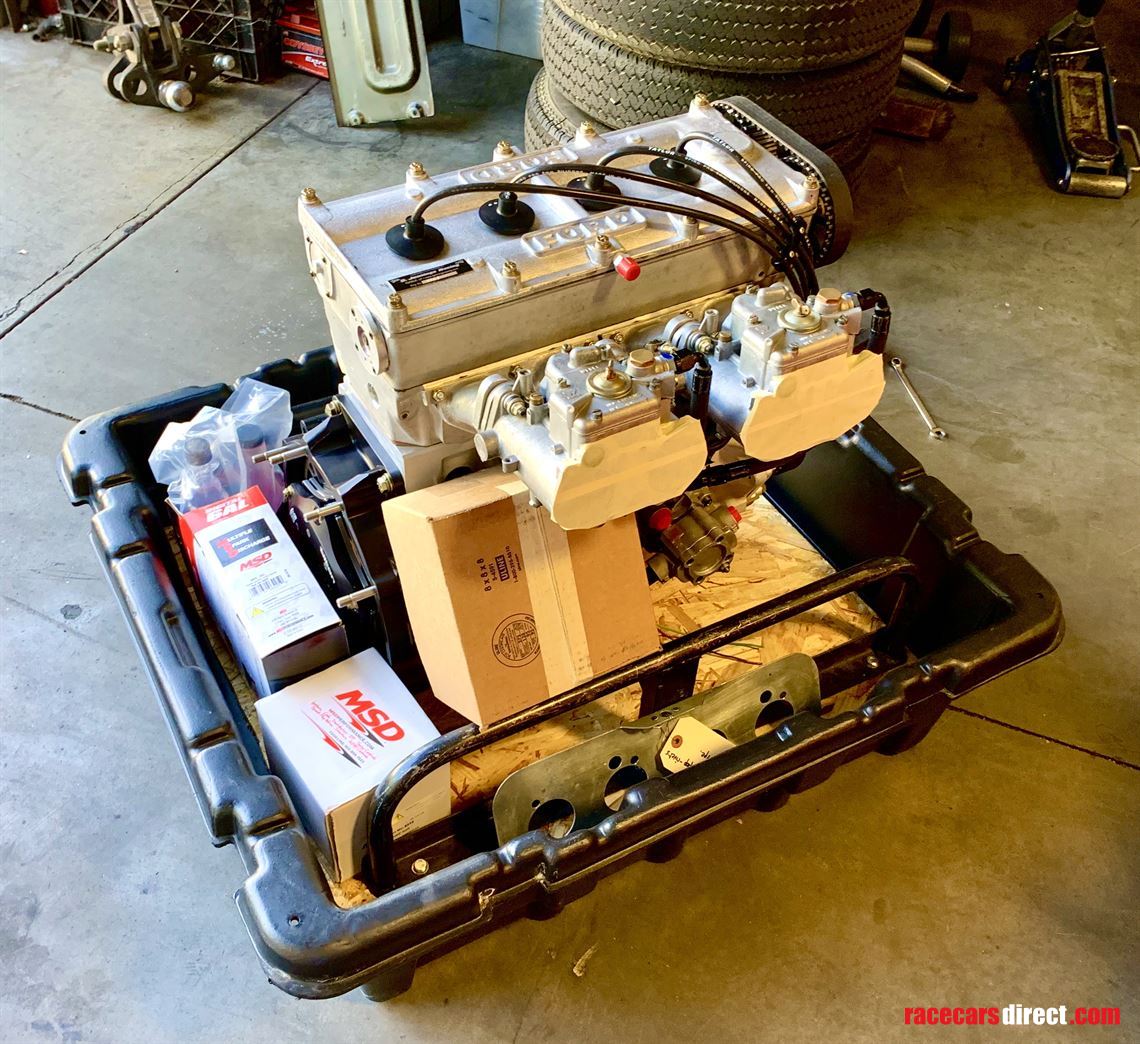 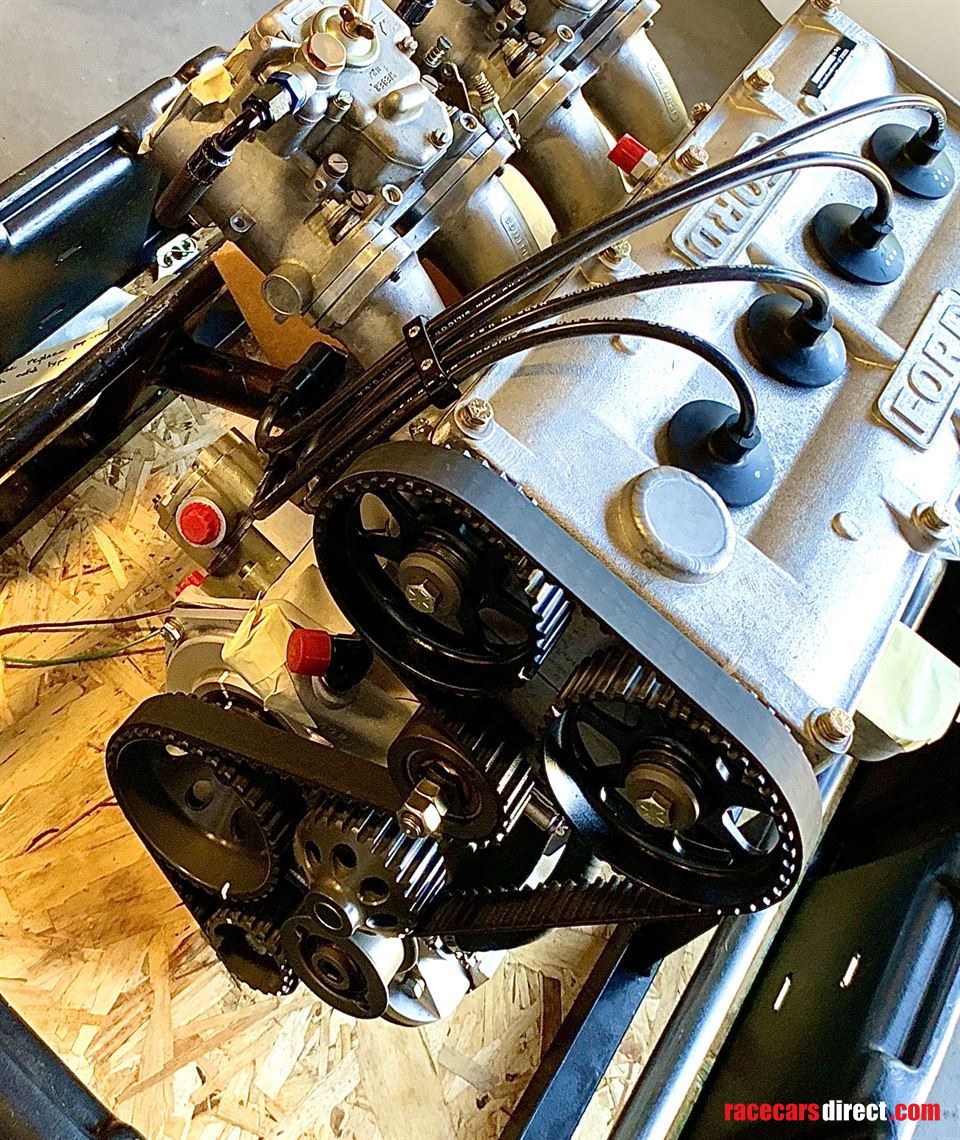 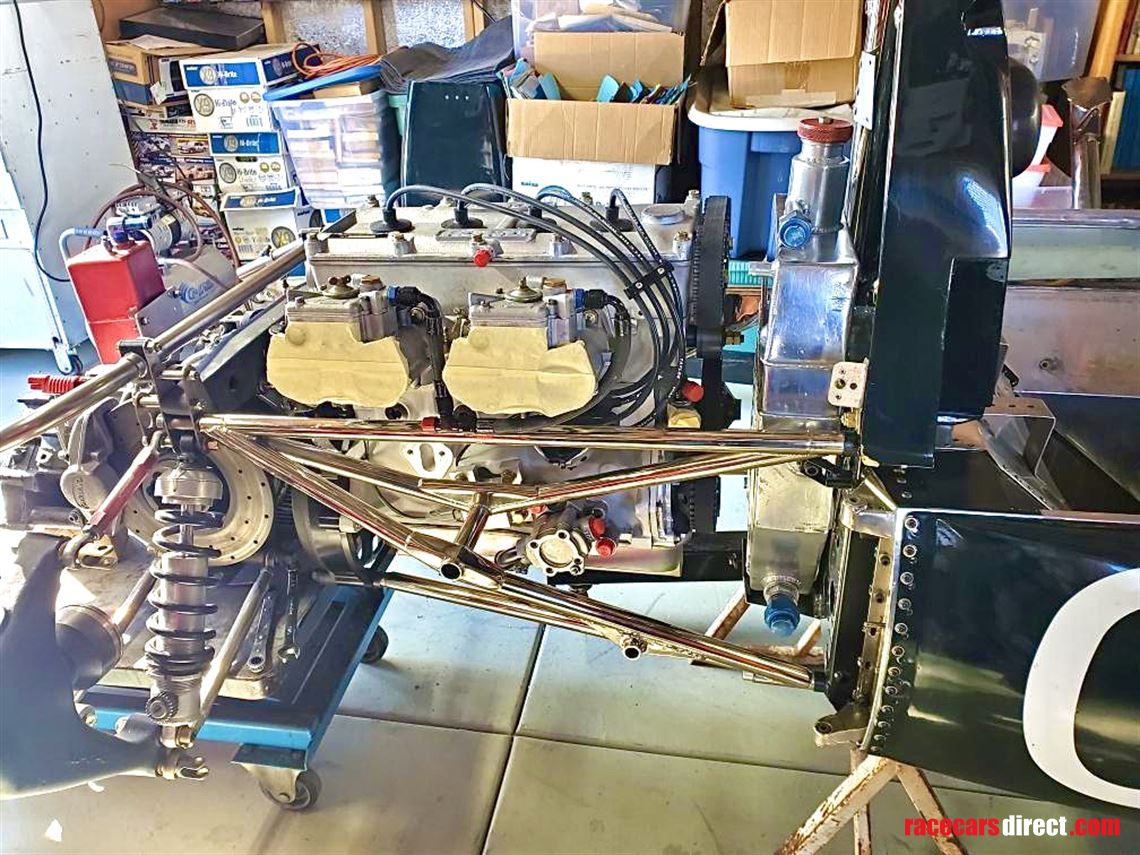 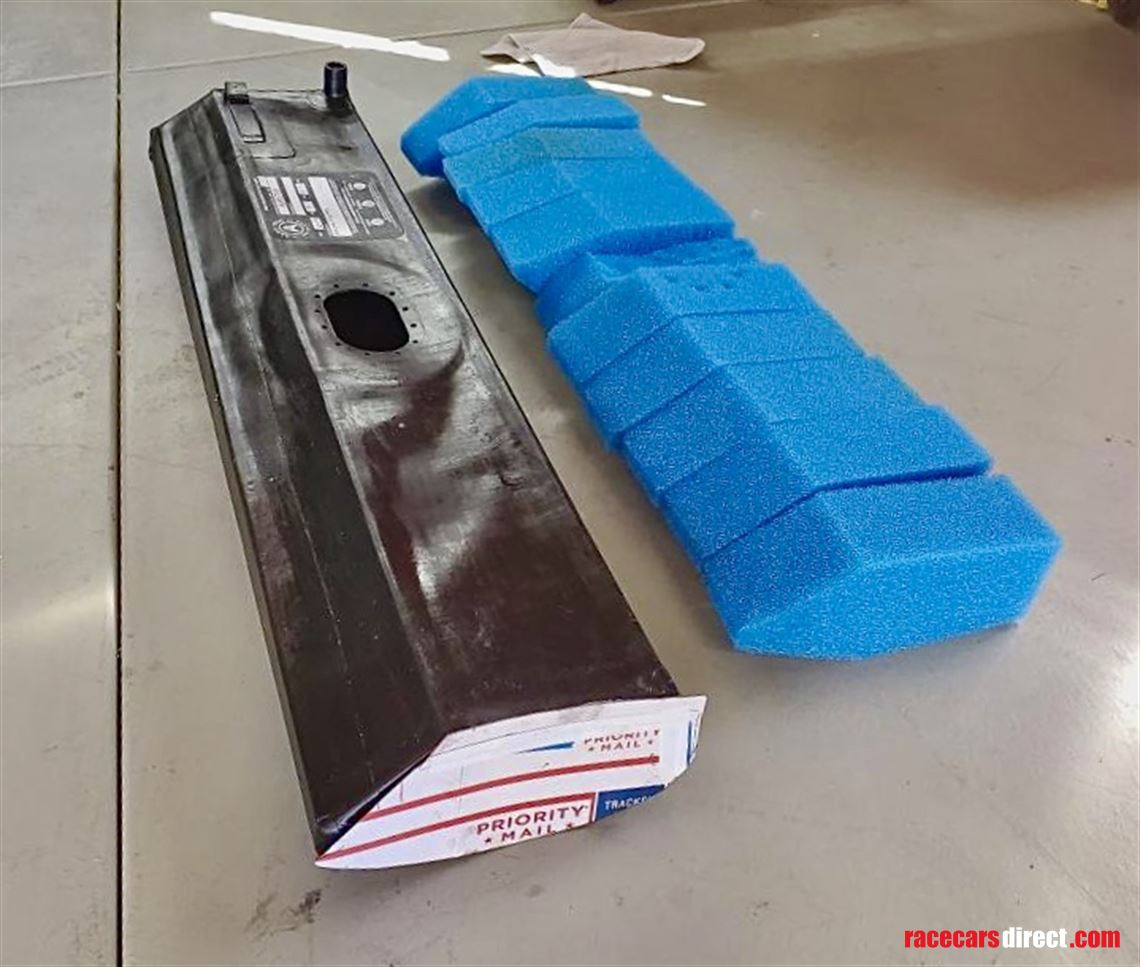 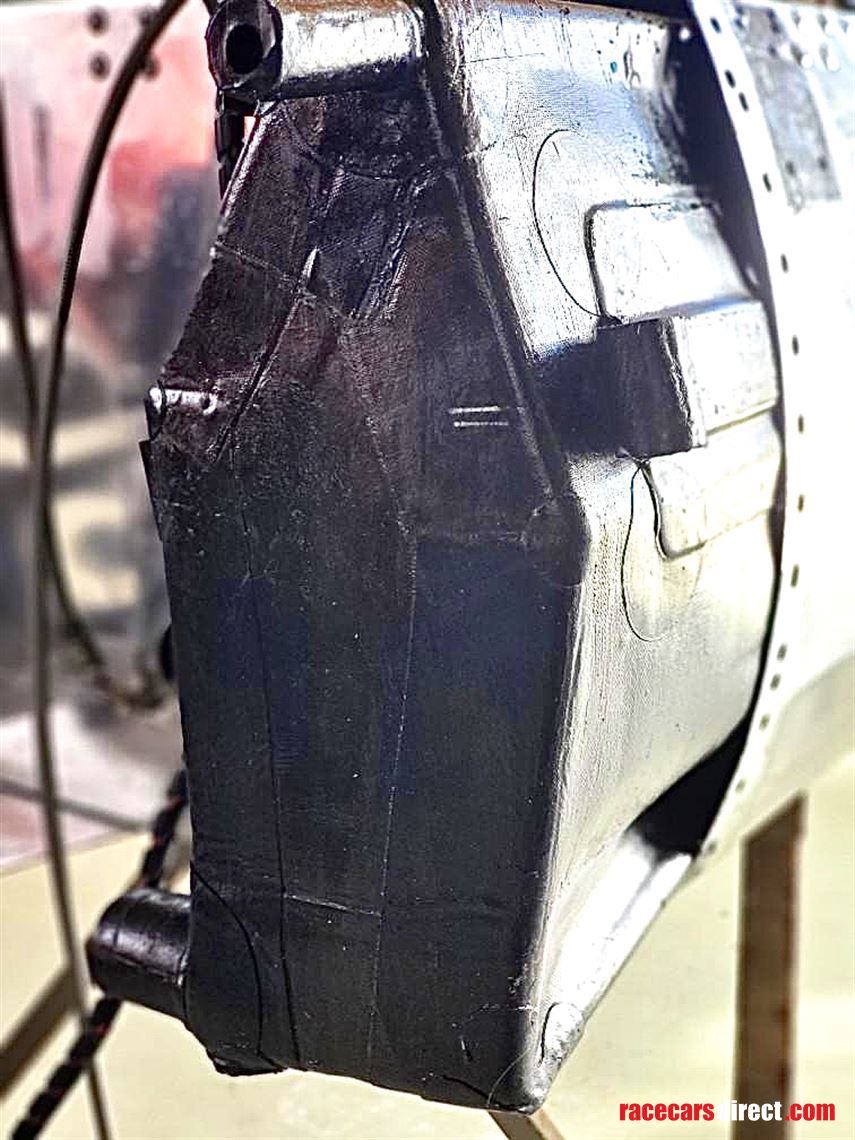 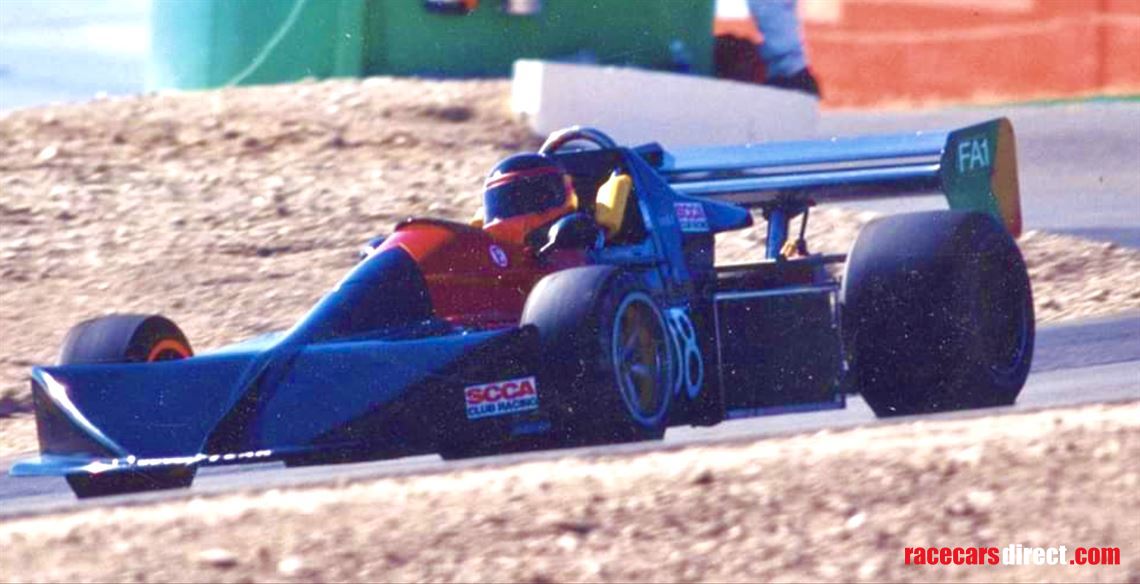 Shierson used chassis #8 as a Shierson Team car for hire in the Canadian Formula Atlantic series, CASC, during the 1975 season.

The first to race chassis #8 was U.S. driver, Syd Demovsky. Demovsky raced the March in the first two races of the 1975 season, Edmonton and Westwood. He finished 16th out of 35 cars at Edmonton, but retired after 13 laps at Westwood.

The March sat idle for the next race at Gimli. But then Cliff Hansen made a deal with Shierson to purchase the March, and to continue to run the car as part of the Shierson Racing Team.

Hansen competed with the March at the next round of the CASC at Mt. Tremblant, finishing 13th out of 40 cars. He finished 15th out of 42 cars at Mosport, but spun at Halifax on the 2nd lap. Hansen qualified 18th for Trois-Rivieres, but was unable to start.

The March raced the entire 1975 season in its original yellow color. A photo of the yellow March racing directly behind Gilles Villeneuve’s green Skiroule March 75 B at Mosport will be included with the car.

After the 1975 season, Hanson sold the car to Mike Downs from Southern California. A copy of the bill of sale from Cliff Hansen to Mike Downs comes with the car.  The history from the Mike Downs era is currently unknown.

In 1990, the current owner purchased the March from Stan Goldstein, who was also from Southern California. Goldstein had raced the March with enclosed bodywork in SCCA as a C Sports Racer in the 1980’s. In the late 1980’s, Goldstein and the March won an SCCA Regional Championship.

When Goldstein sold the March to Leung, he sold it with the March’s original Formula Atlantic bodywork. The current owner reinstalled the original bodywork and thereafter raced the March in a handful of historic races in the Southwest.

A comprehensive restoration of the March has just been completed by Frank Monise Racing in 2021.

The March has a brand new (block and all) Cosworth BDP 2.0 liter engine by Jennings Racing. $48,000 was spent on engine alone. The Jennings 2 liter is bolted to a rebuilt Hewland FT200 gearbox.

The chassis has been fully rebuilt, including crack testing of the bulkheads and uprights. The tub is polished, and the new suspension has been nickel plated.

The Koni shocks have all been rebuilt, and the springs calibrated.

The March comes with a spare nose, and original, hump/step back engine cover.

There are zero hours on the restoration. It is ready for its first shakedown and to race.

For more photos and information, please go to the link listed below.

This March will be a great entry for the HSCC Historic Formula 2 Championship, Class D Bruno Giacomelli Trophy It will also be an overall front runner in the new U.S. Masters Formula Atlantic Plus Series, which welcomes 2 liter F2 cars up through 1979.  It can also run with SVRA, HSR, VARA, at the Lime Rock Fall Festival, the U.S. Vintage Racing National Championship, etc.

The owner is retiring from racing, so the car will be sold. Serious buyers please contact us, and we will help you put it together.

We can also assist with shipping in the U.S., and internationally. We have already exported multiple Formula Atlantics, F2, and F3 cars to the U.K., Europe, Japan, South Africa, and  elsewhere.

x4 stands for spare wheels, once tyre are out of the warmers & ready to fit