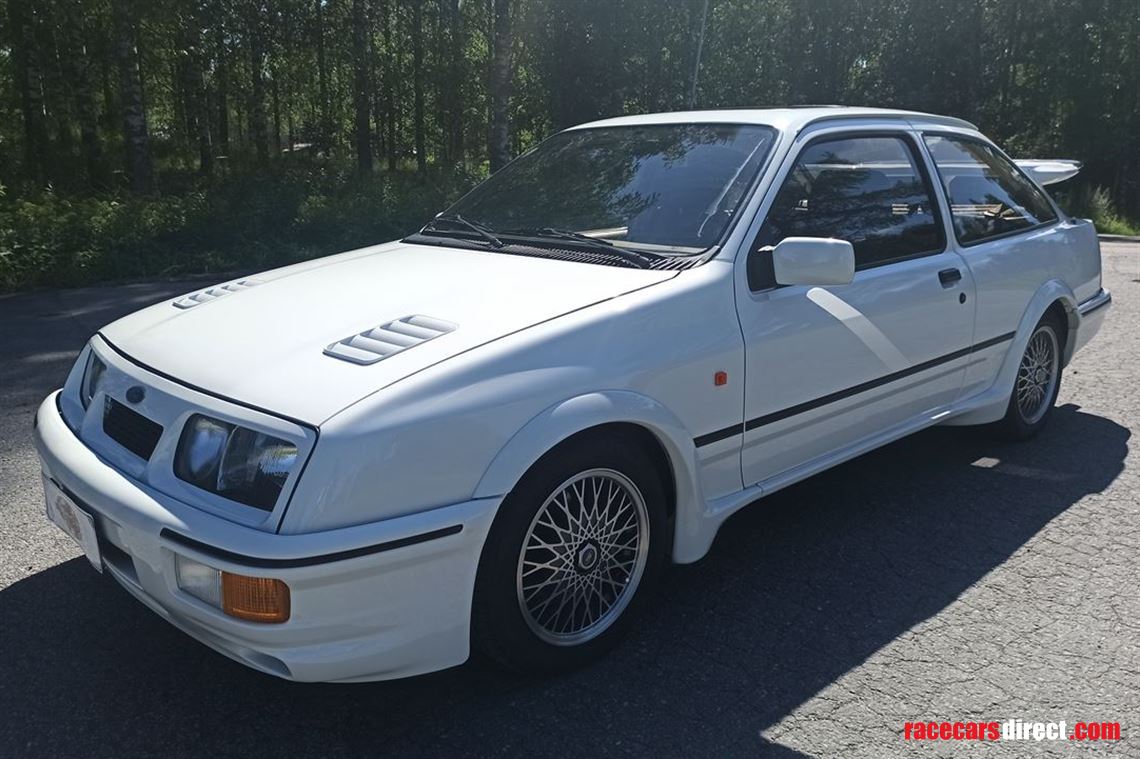 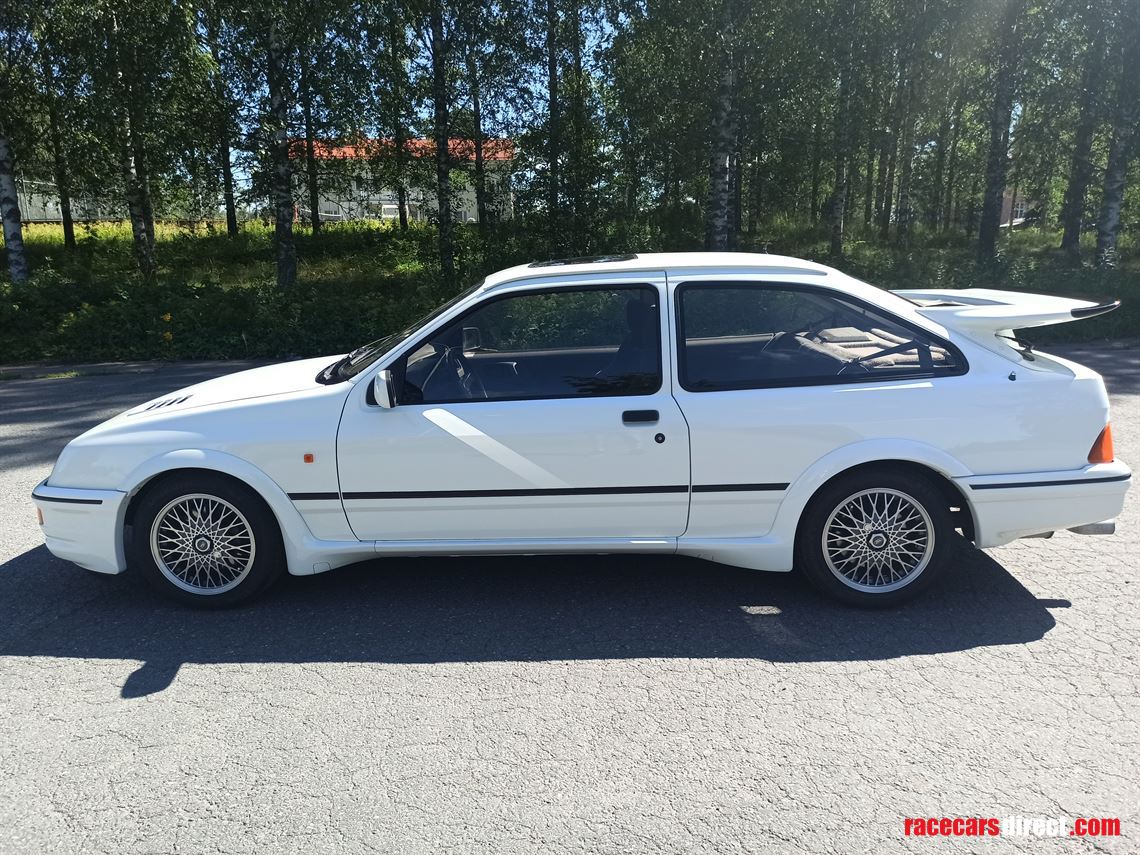 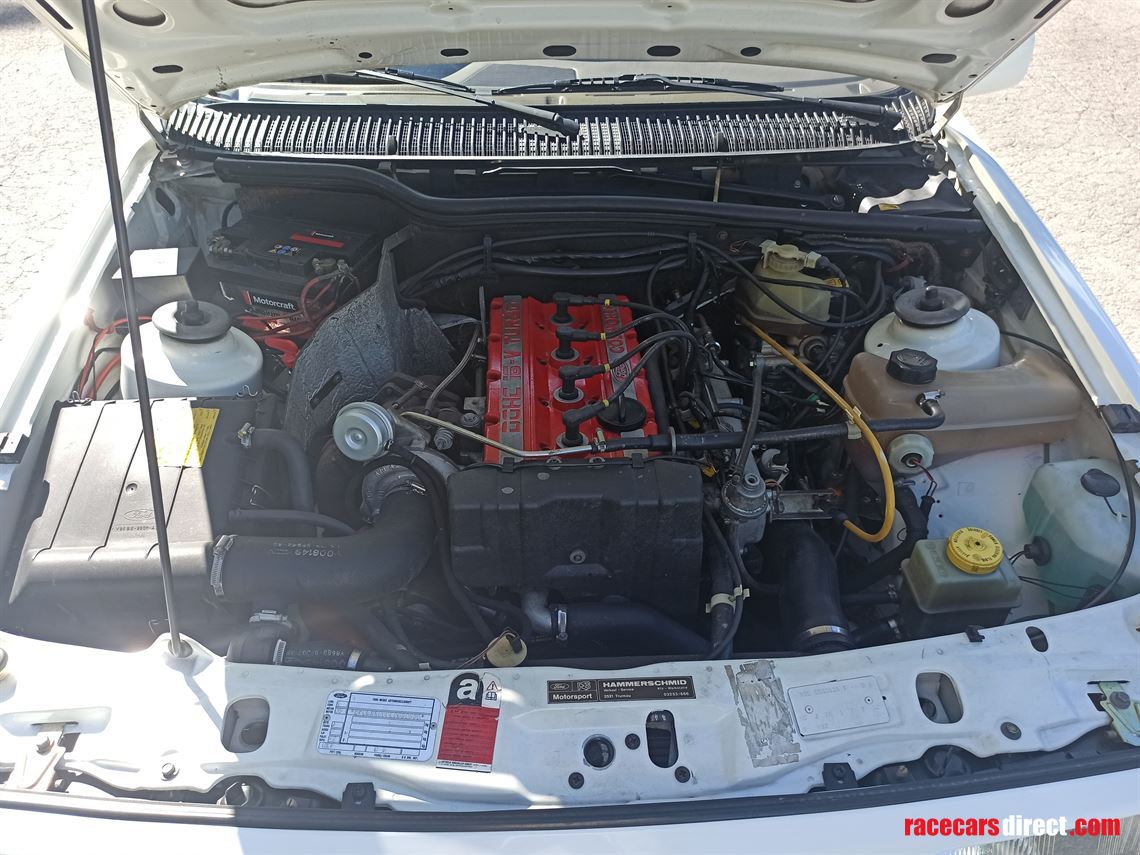 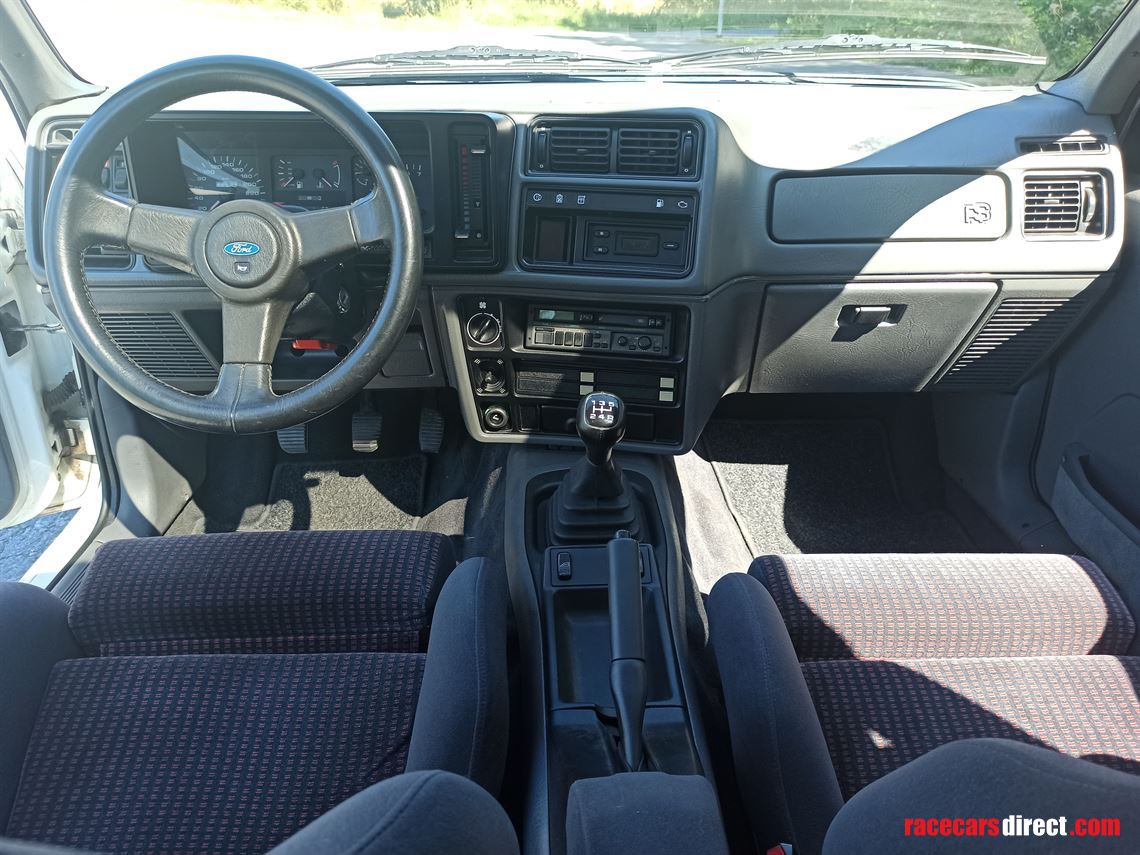 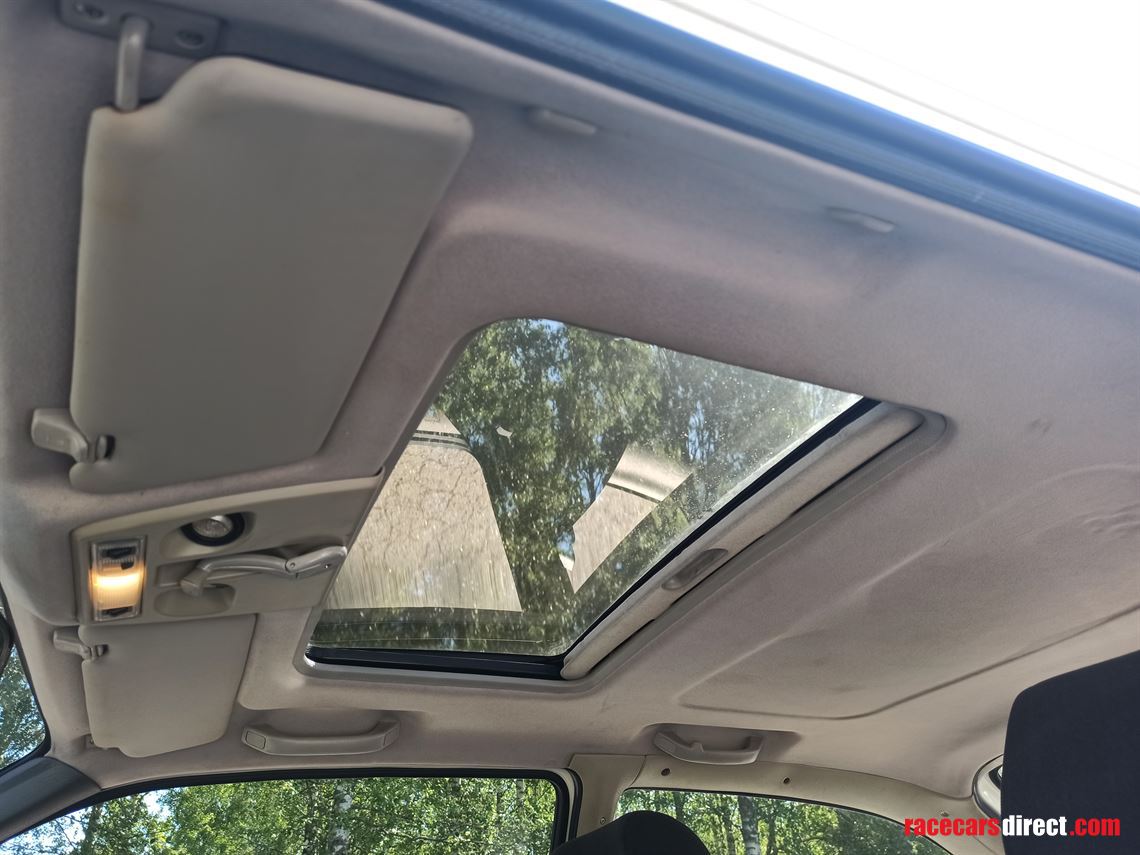 This Sierra Cosworth looks and drives like new, a true collector’s car!

It has had three owners and has had an extremely easy life, driven just under 50 000km. There is no paperwork or proof to back this up, but you only need to see and drive the car to believe it.

Recently it had the engine removed and all seals replaced, also the hydraulic lifters replaced with genuine product. I have receipts for this work.

Complete suspension has also just been renewed with Bilstein product, I still have the old original suspension that will be supplied with the car.

MOT/TUV was just carried out and of course passed without any issues. While it was on the lift, I took some photos, the exhaust still has the original Ford sticker attached. If I am decoding the markings on the exhaust correctly, it looks like it had a complete new exhaust system fitted in 1992. This is some proof that this car has had little use, as the exhaust is still like new.

First owner was engineer Helmut Schiscka from Vienna Austria who purchased the car on the 5th December 1986, it was then taken to his holiday home in Italy and remained there until he died.

Second owner was Morten Lorenzen from Denmark, Morton purchased the car in 2005 from a Ford dealership in Austria with a meter reading of 37000 km. Morten had been in contact with Helmut's widow, she told him that her husband had died in 2005. He had been an avid car enthusiast who had driven to his holiday home in the Sierra in Italy and used it there for the first few years. In 1997, the Sierra had remained permanently in the garage of the holiday home, from where it was transferred back to Vienna after Helmut’s death, where it was sold, among other cars in Helmut's collection.

Third owner purchased the Sierra in 2009 from Morten in Denmark, the meter reading then was 44000 km. It was then shipped to Finland and has been with the same owner ever since, over the space of 11 years it has only covered just under 6000 km.

This Ford Sierra Cosworth 3d is in Finland and can be shipped worldwide!

Please know that I will help you in every way possible with the purchase. I have good contacts for shipping the vehicle all over the world. If you would like to come and view the vehicle before purchasing that would be great but if it isn’t possible to come and view I will do my best to give you as much information and as many photos as you require. I myself buy a lot from foreign countries so I know exactly the situation you are in.