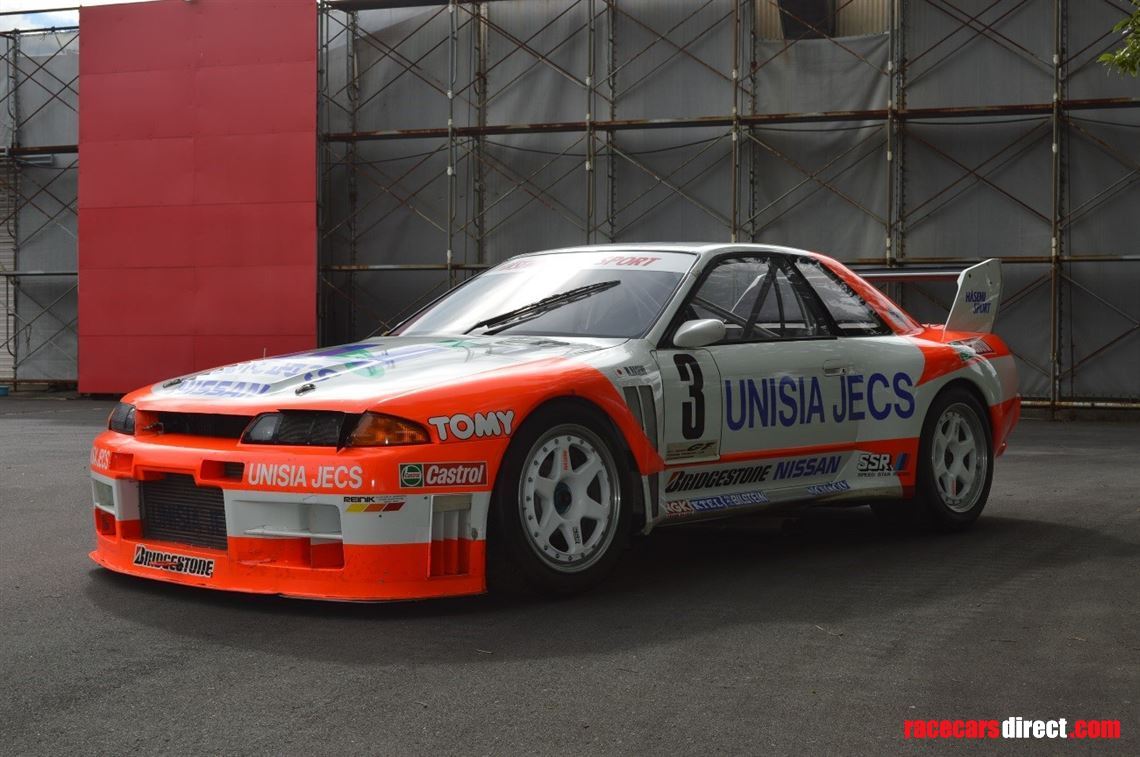 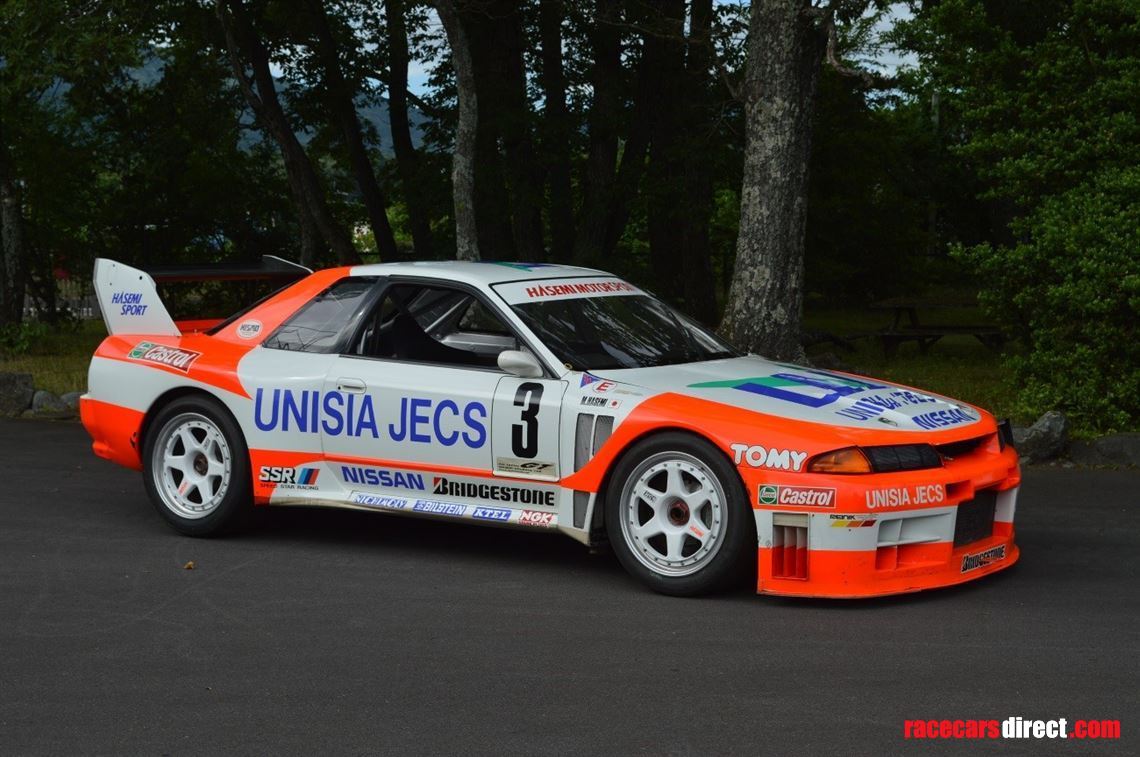 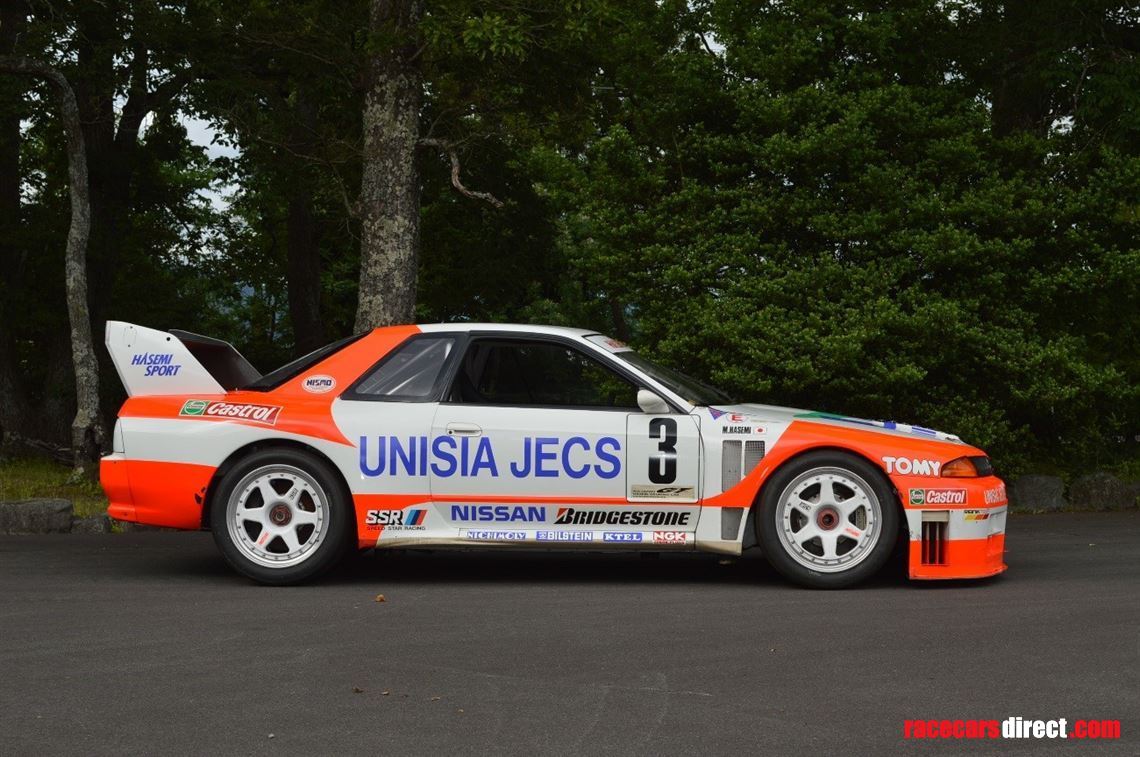 Available to view in Japan by video call or in person 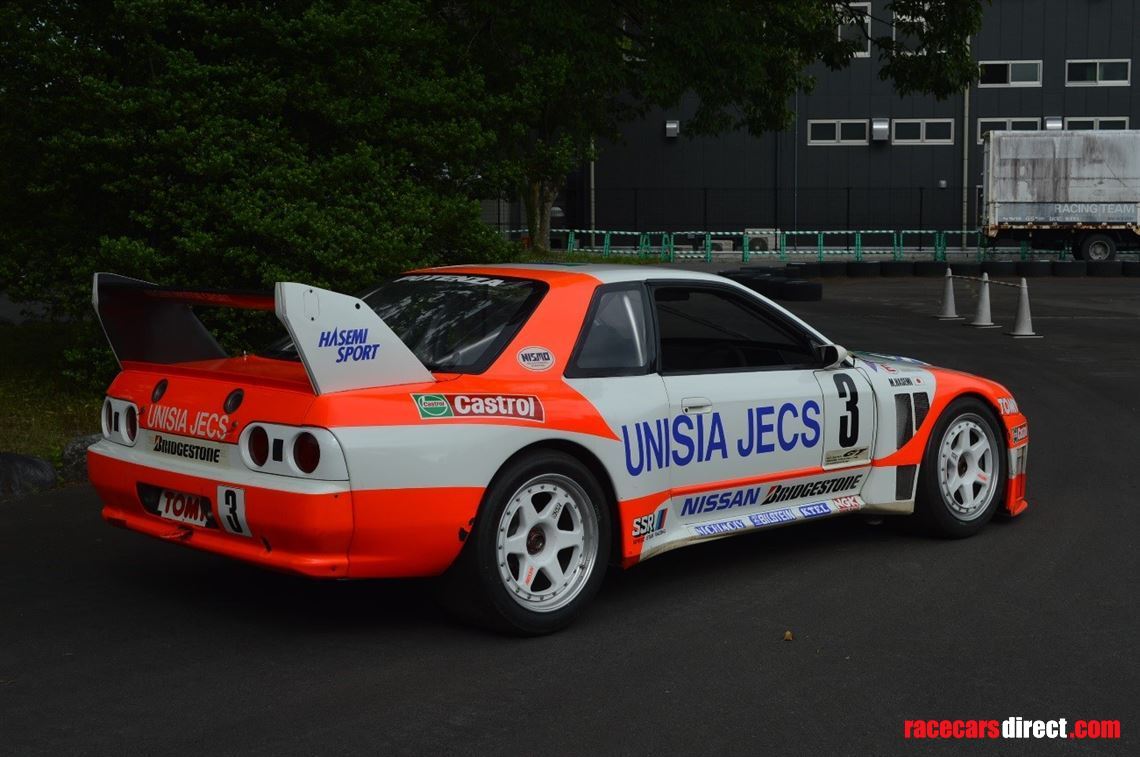 Pit Lane Spares can assist with all logistics 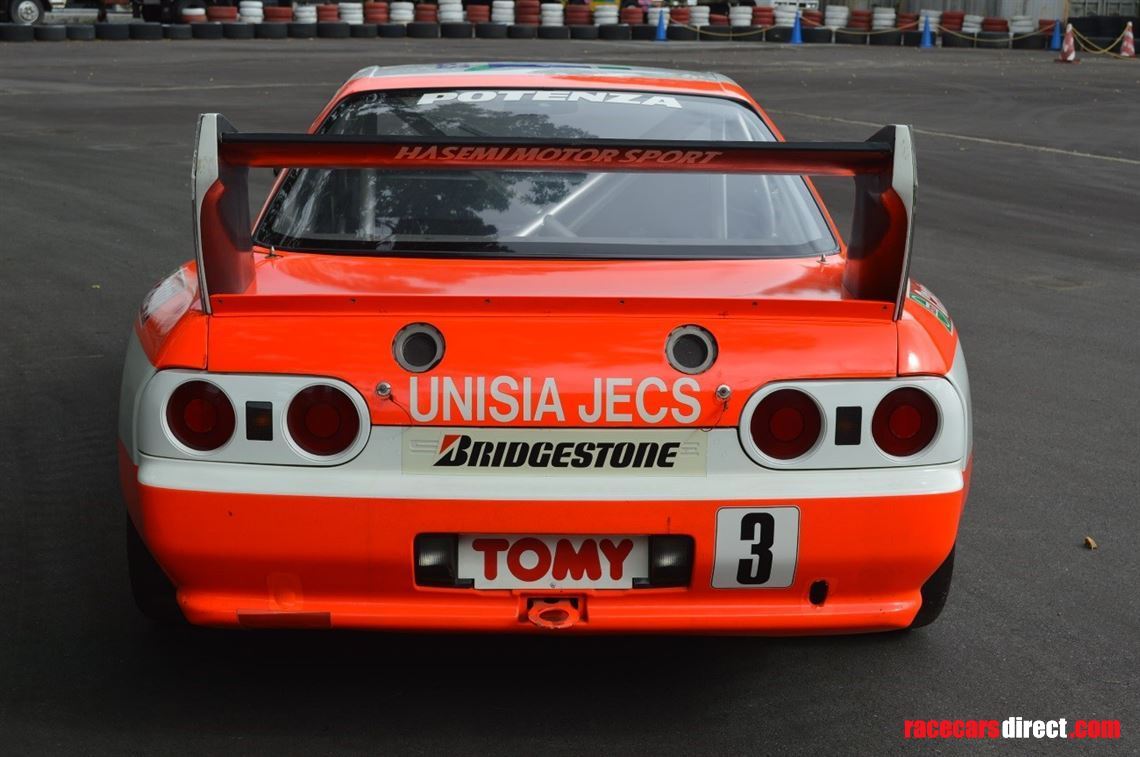 The car retains its original livery and period credentials 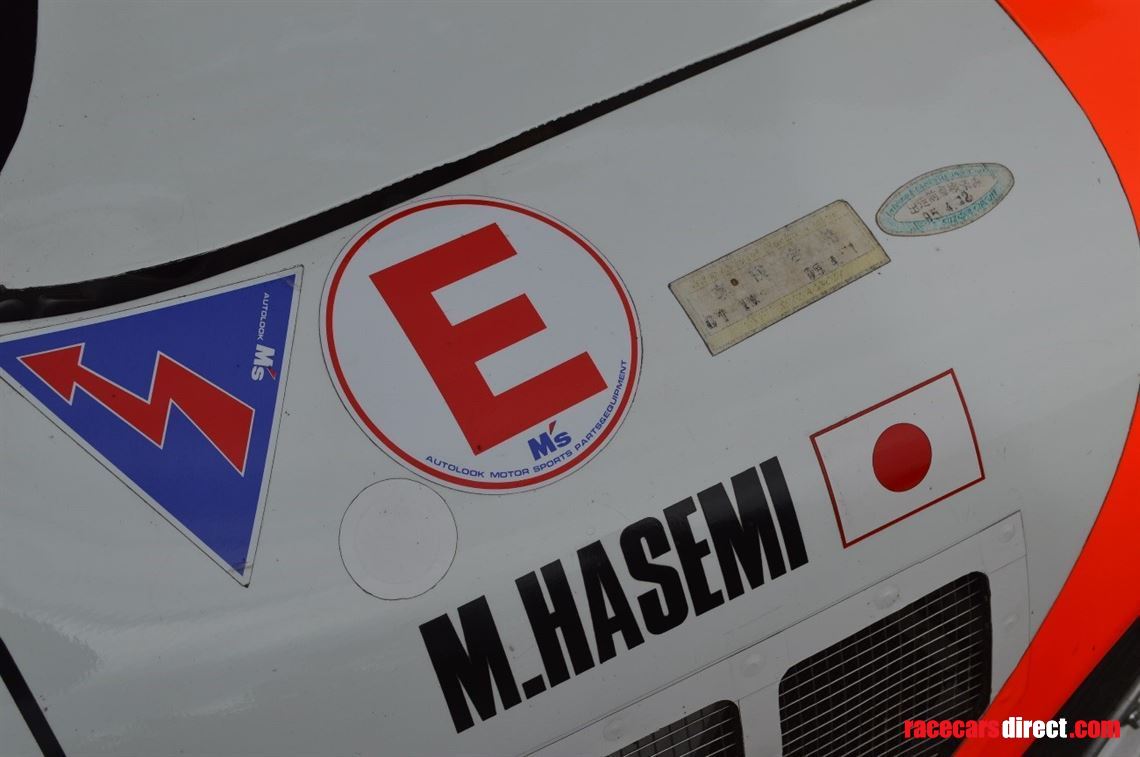 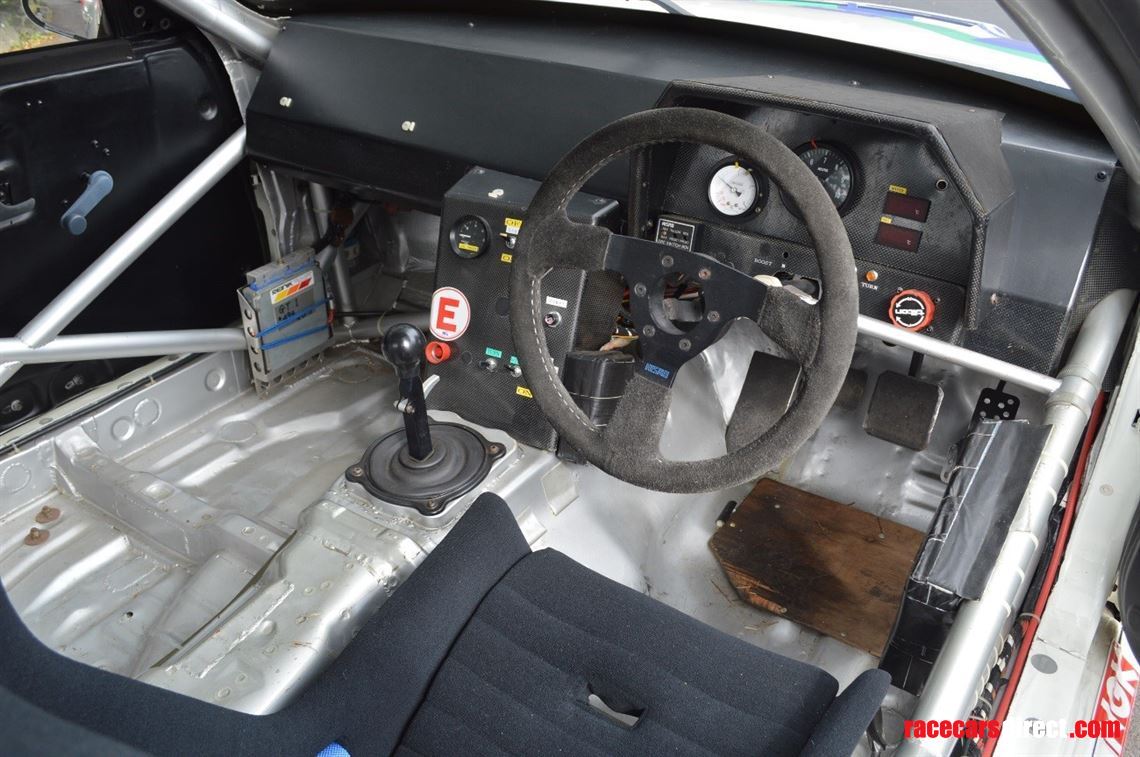 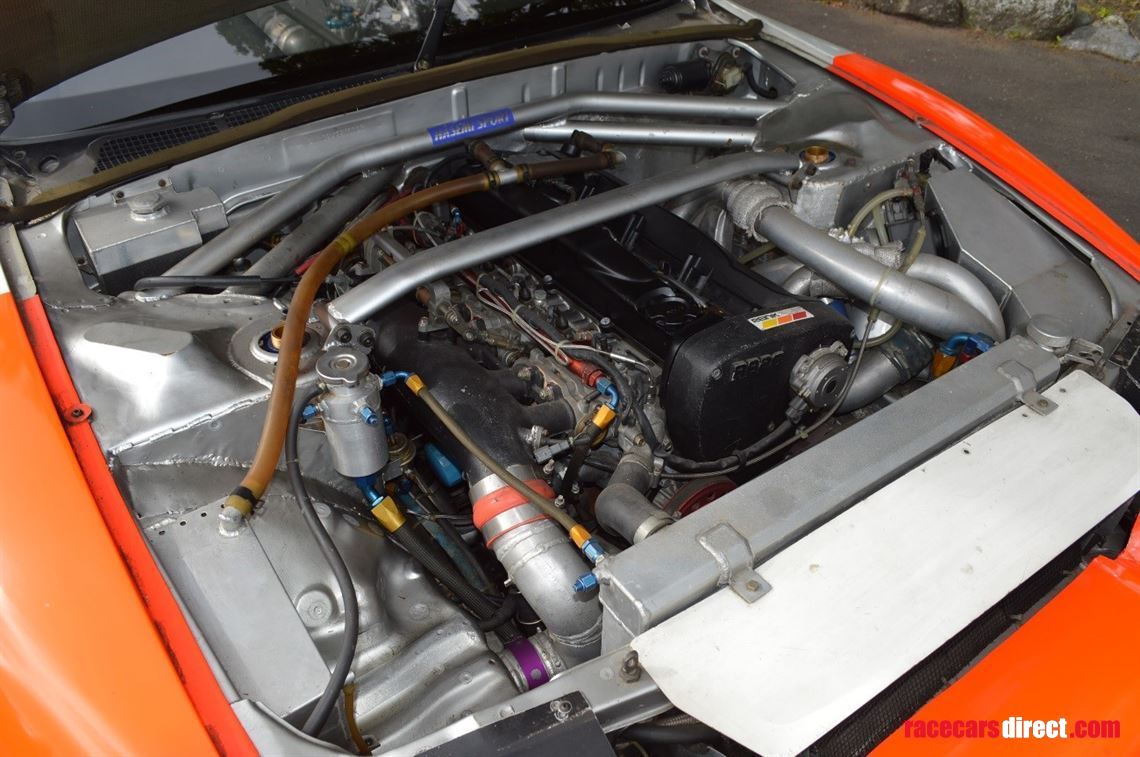 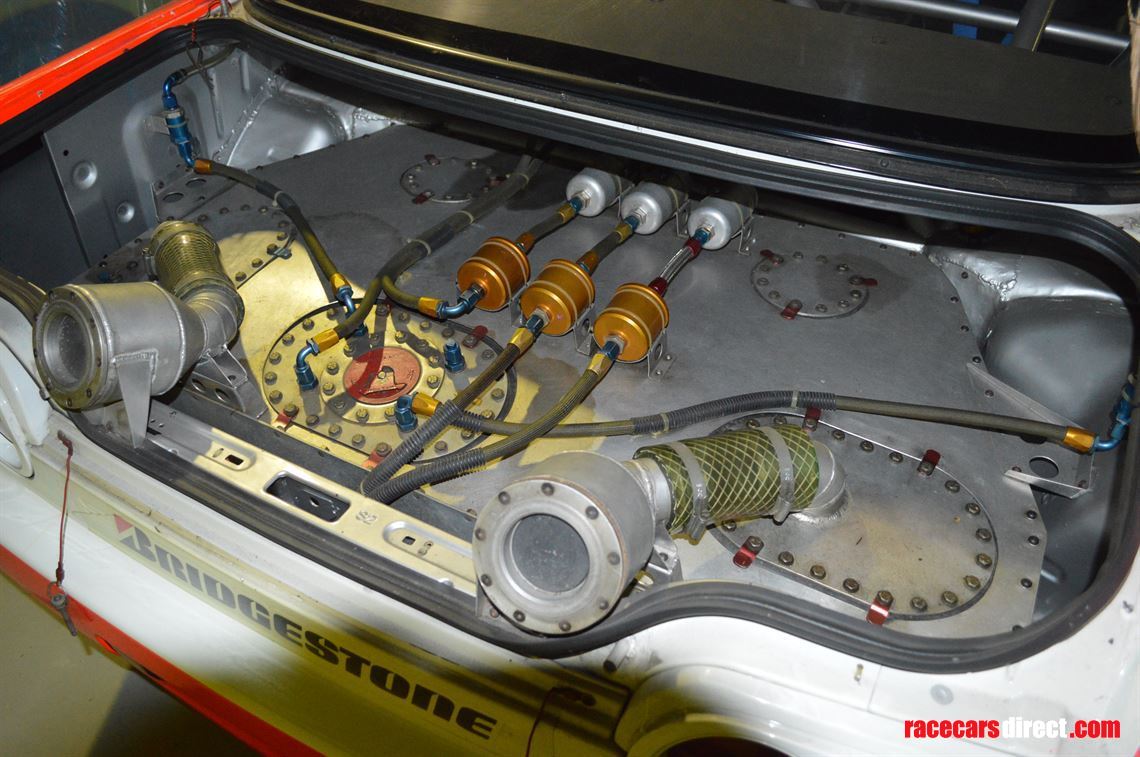 In period photographs are readily available 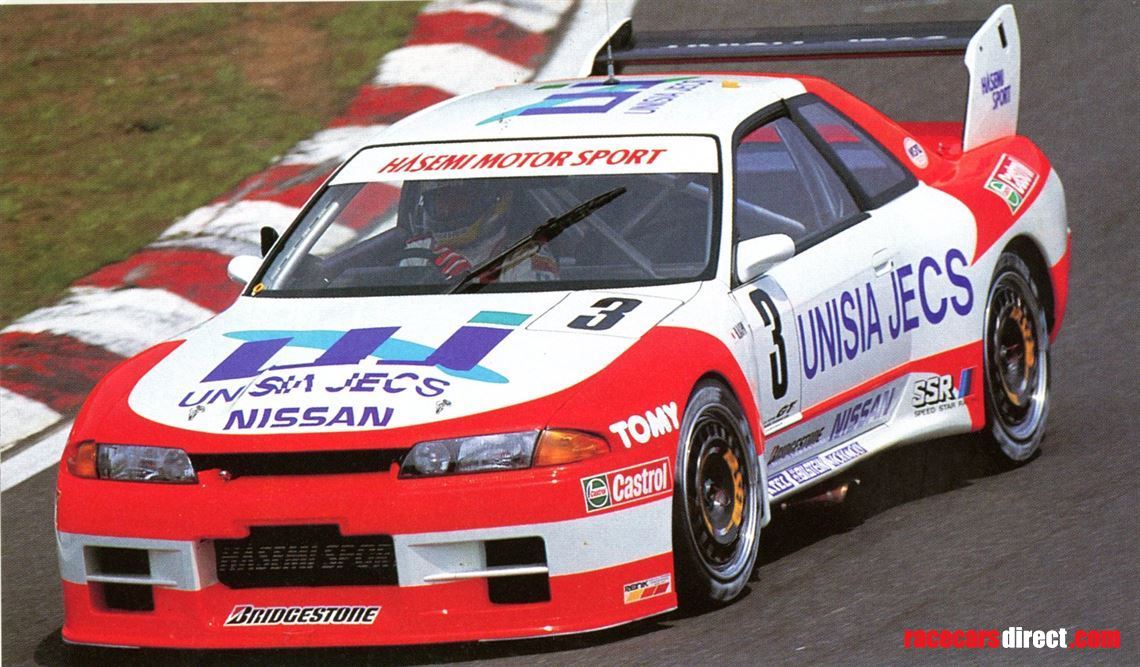 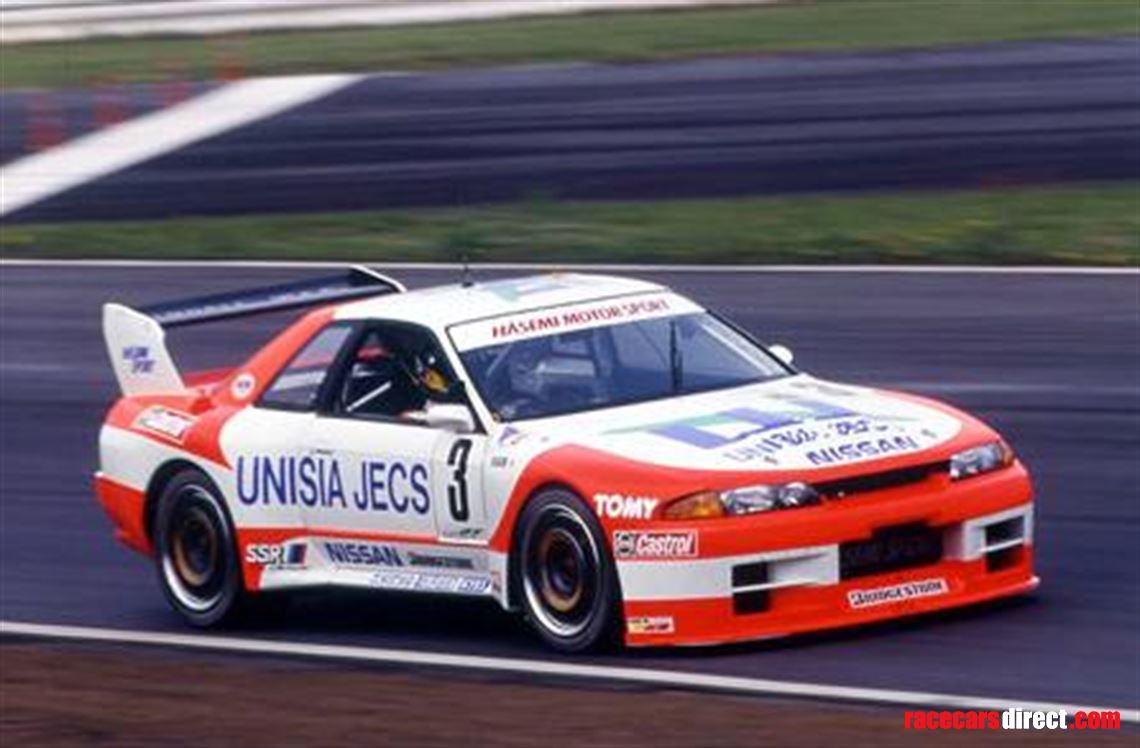 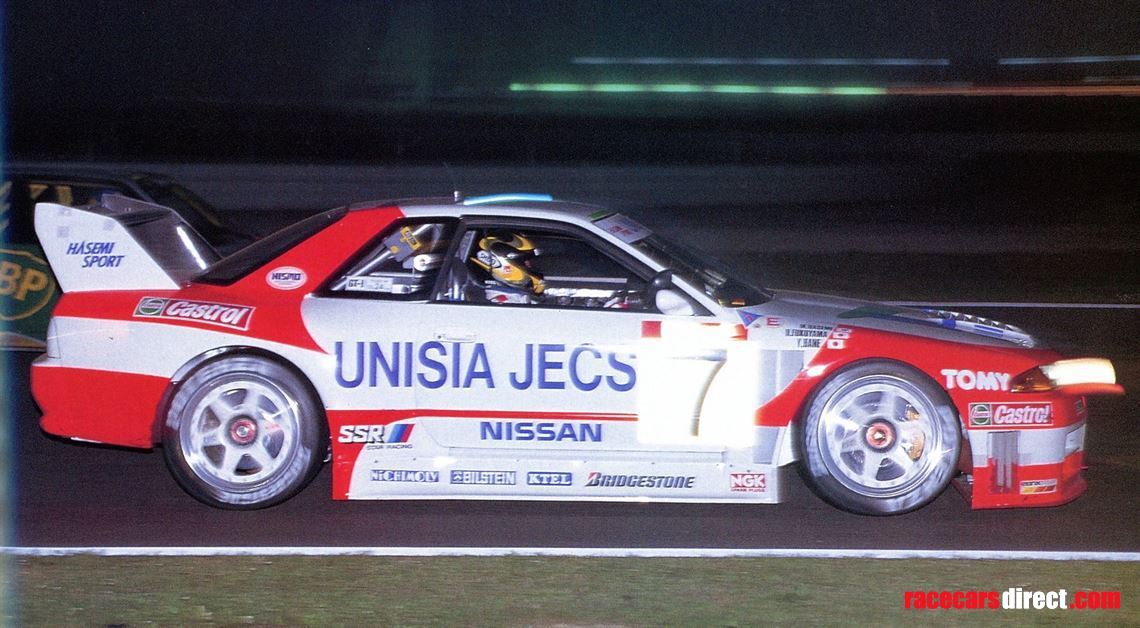 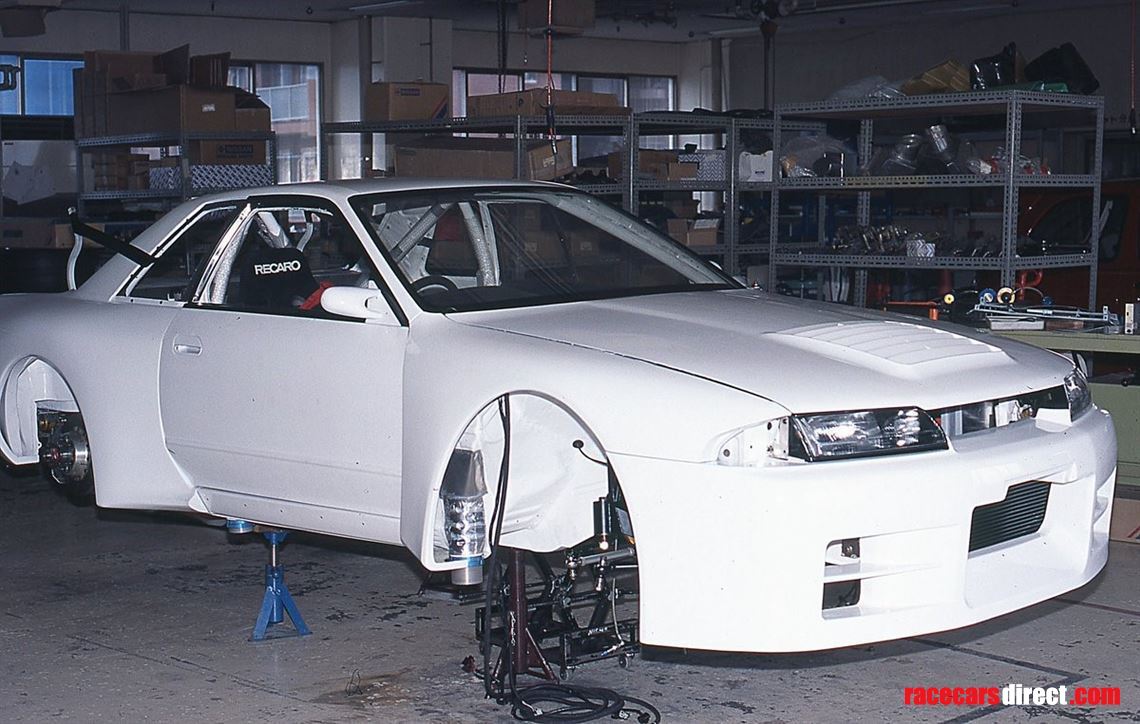 One of the most recognisable cars of the past 30 years 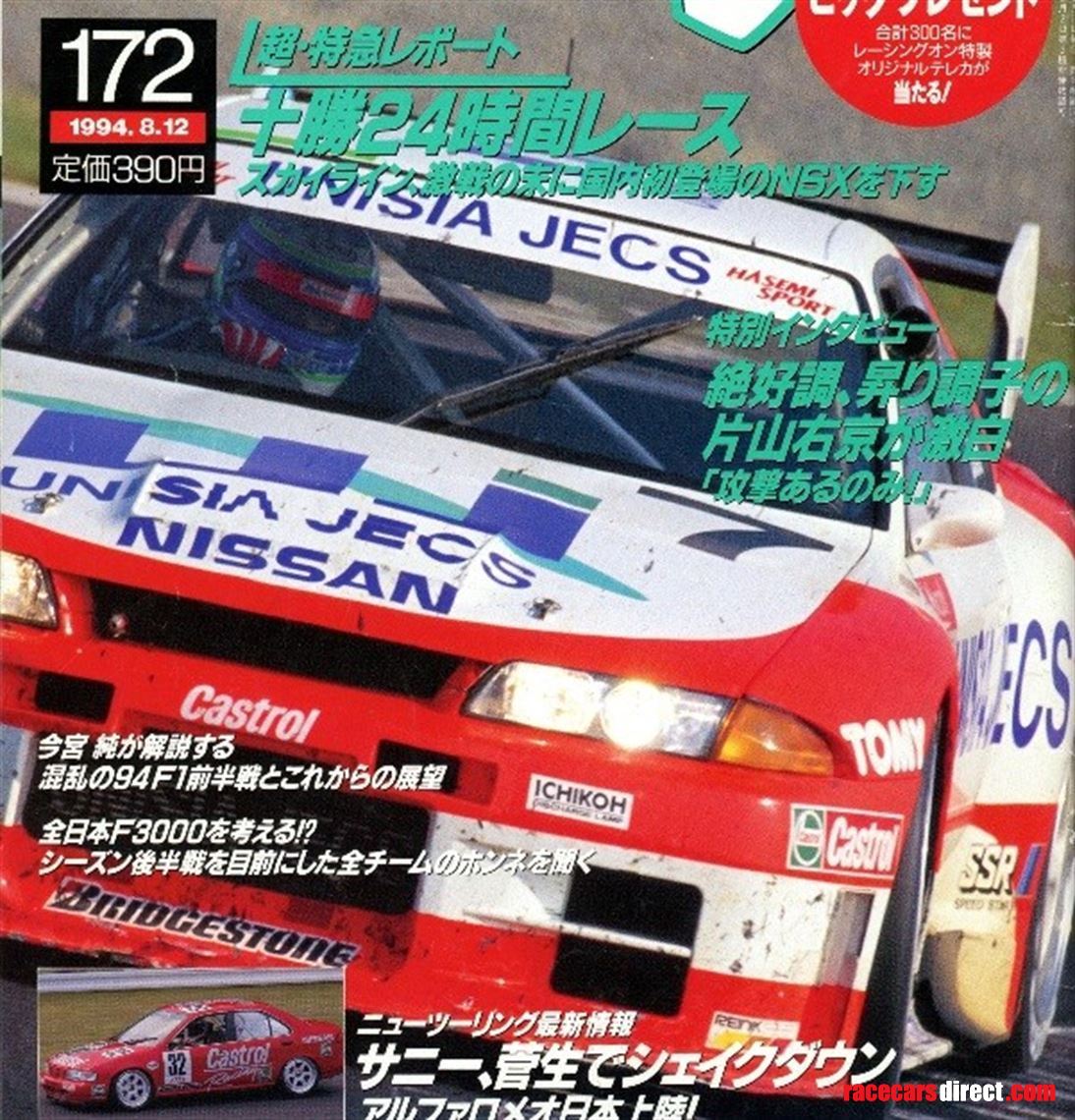 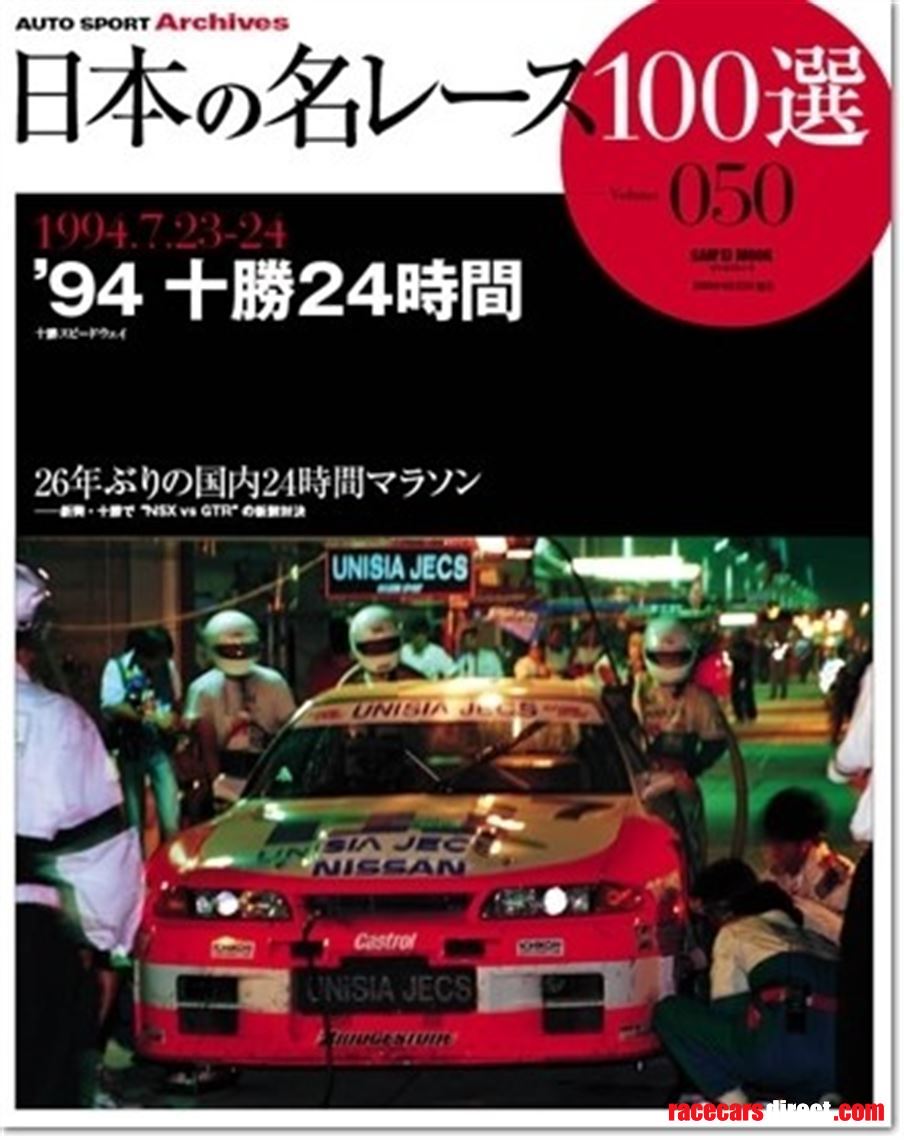 It is no understatement to say that the JGTC cars of the 1990s captured the imaginations of an entire generation of motorsport fans. Perhaps none more so than the factory-backed Nissan Skylines.

With the loose regulations of the JGTC (later to become the Super GT) deliberately encouraging constructors to think outside the box when it came to base model, construction, and configuration, the series soon became one of the most exciting in the world. One-off prototypes emerged to rival the FIA GT1 and GT2 cars, with flagship vehicles from Japan’s biggest automotive manufactures usually found alongside the best from Europe at the sharp end of the grid.

The 1994 and 1995 seasons were dominated by Nissan Skyline cars thanks, in part, to the car we have here. While four Skyline R32 JGTC cars ran in the 1994 season, the car we have here was the only “ground-up” build, constructed specifically for the 1994 regulations (the other three vehicles all being converted from the previous season’s Group A models).

While the “Calsonic” and “COCKPIT” cars adopted 4WD systems to fit the N3 class specifications, the “ZEXEL” and “UNISA” opted for rear wheel drive only. With around 450 PS going through an Xtrac 6-speed sequential transmission, this 2WD configuration was intended to provide a lower centre of gravity, optimise weight distribution and take advantage of balance of performance regulations which penalized 4WD cars with a 40kg weight penalty.

Driven by the legendary Masahiro Hasemi, the car took the outright win in Round 2 of the 1994 JGTC season, following with another podium at Sugo later that year. Strong results throughout the year enabled a 2nd place finish in the overall Driver’s Championship and 3rd in the Teams Championship while at the Tokachi 24h event, the car qualified 1st and finished with another win. The car picked up where it left of in 1995, with yet another pole position at the first race of the 1995 season.

Japanese works-backed cars of this era are famously difficult to find, particularly in fully running order. To find one in private hands - presented in such beautiful condition - is virtually unheard of, making this a true ‘unicorn’ car.

The car itself was purchased directly from Hasemi’s own collection in the late 1990s - already in immaculate original condition - and has remained in the same private collection ever since.

The vehicle has been meticulously maintained throughout its life and, in the present ownership, has only been run for very occasional special events (including a demonstration drive from works Nissan driver, Satoshi Motoyama in 1998).

In recent months, the car has been thoroughly checked and prepared for sale. It has undergone full engine checks including borescope internal inspection prior to fire-up, while all fluids have been changed and the fuel tank thoroughly cleaned. Following preparation, the car has undergone a shakedown to certify that everything remains fully operational (a video is available to prospective buyers upon request).

Four sets of spare rims are also offered with the car and included in the asking price.

The car is available to view by appointment in Japan and video call viewing can also be arranged.

While the current owner speaks perfect English, Pit Lane Spares conduct regular business in Japan and are pleased to offer liaison for prospective buyers, including accompaniment to see the car as necessary and assistance with worldwide shipping.

Vehicle specifications, further photos and history are all available on request. Please contact us for further details.

ONE OF 43 CARS BUILT ON LIGHTWEIGHT SHELL (930kg) MATCHING NUMBER