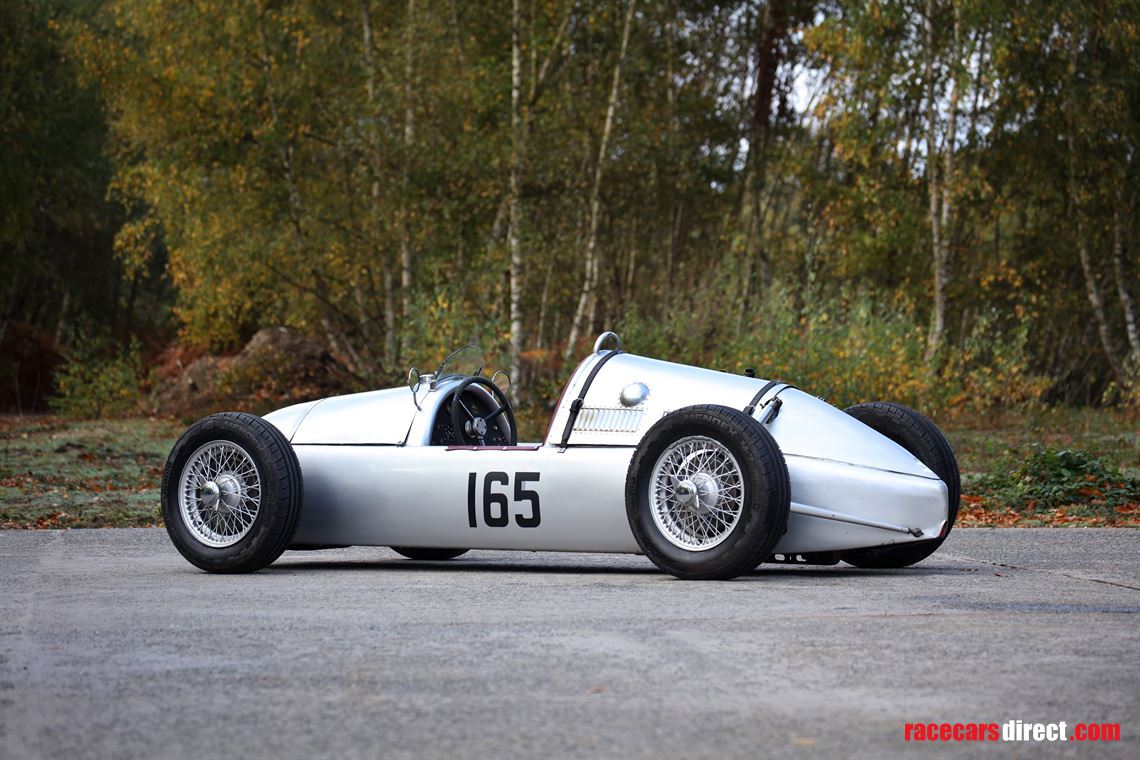 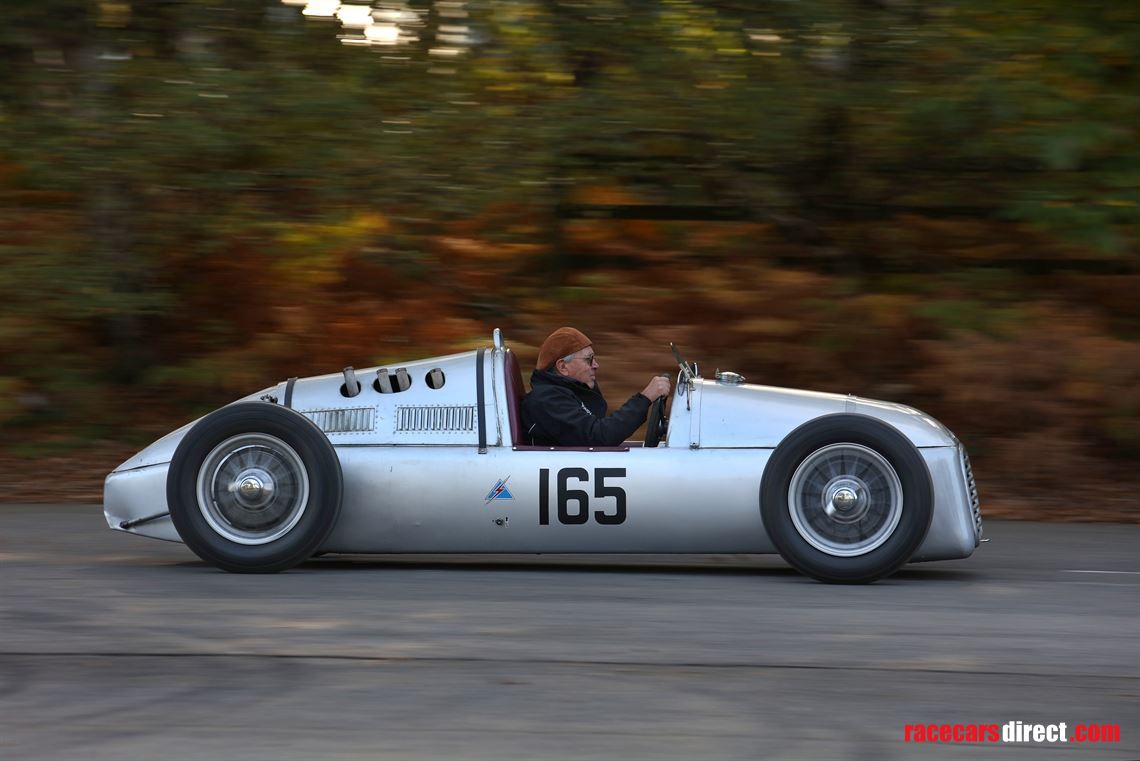 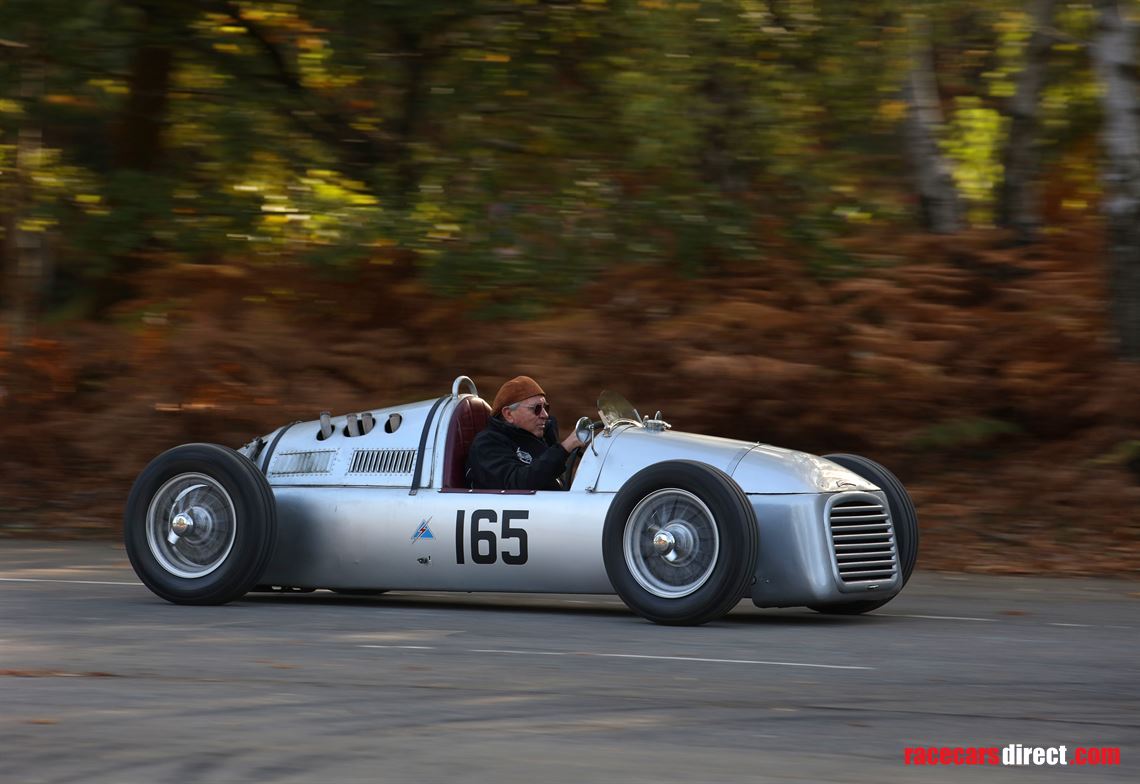 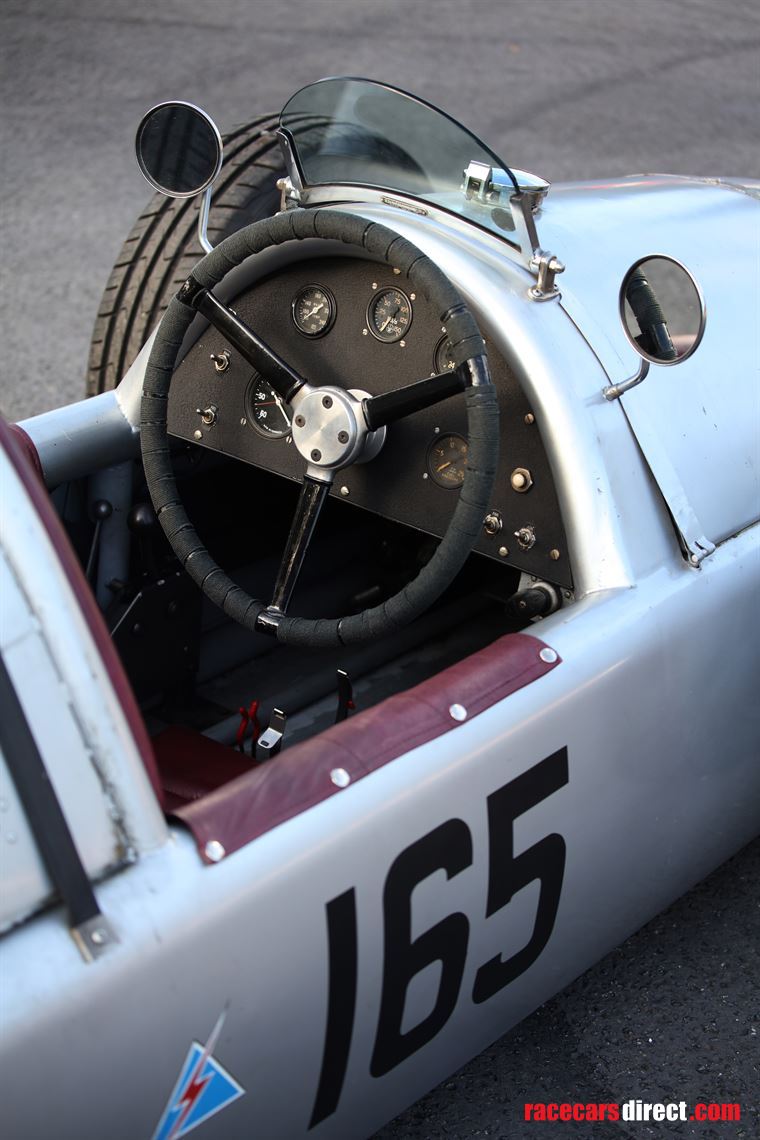 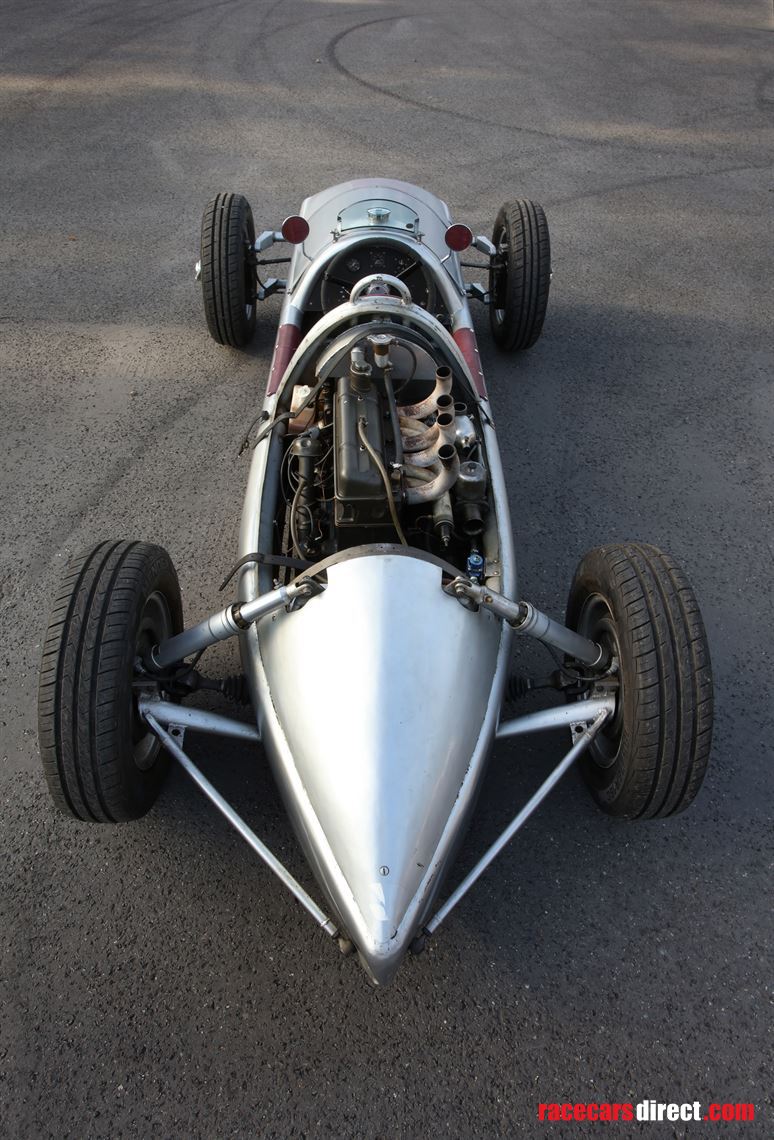 The RA4 Vanguard was built in 1950/51 in Christchurch New Zealand and first appeared at the 1951 Lady Wigram International meeting at Christchurch. The design was entirely revolutionary for a GP car with a mid-engine configuration, which at that time was only seen in the new air cooled 500cc Formula Three cars.

The front suspension was as used by Auto Union but sprung by rubber shock cords - a medium that was extensively used in aircraft landing gear. The rear suspension was an unusual low pivot swing axle arrangement and springing was by Hydraulic oleo struts from the tail wheels of P40 Kittyhawk fighter aircraft. Adjustments could be made from the cockpit via a system of pulleys and levers.
The engine was based on a modified Standard Vanguard; larger head studs, cross drilled crankshaft, and a Hec Green designed and ground cam shaft. It was fed and supercharged via a pair of SU carburetors through an aircraft cabin blower chain-driven from the front of the crankshaft to provide 14 pounds of boost. Fuel was a methanol blend, with the engine giving over 200bhp and detonation was helped by water injection. The transmission was a 3-speed sequential transaxle of their own design and manufacture. This proved well up to the task and is still in the car today.
The car performed well (despite lack of development) at many International and local meetings in NZ from 1951 through until 1960 when it was out-classed by the “new” rear-engined Coopers…History include the International Lady Wigram Trophy in 1951/52/53/58 and 60, various road circuits and the NZ Beach Racing Championship.

The RA4 is without doubt one of the most revolutionary post-war Grand Prix cars and has never been offered for sale before outside NZ.

The car has an FIA HTP issued in 2020, has been invited to Goodwood, and run at Chateau Impney. This is a great opportunity to own a unique Grand Prix car and compete in some of the world’s most prestigious events.

We are delighted to offer this very rare and absolutely stunning 1994 Minardi M194 Formula One car.