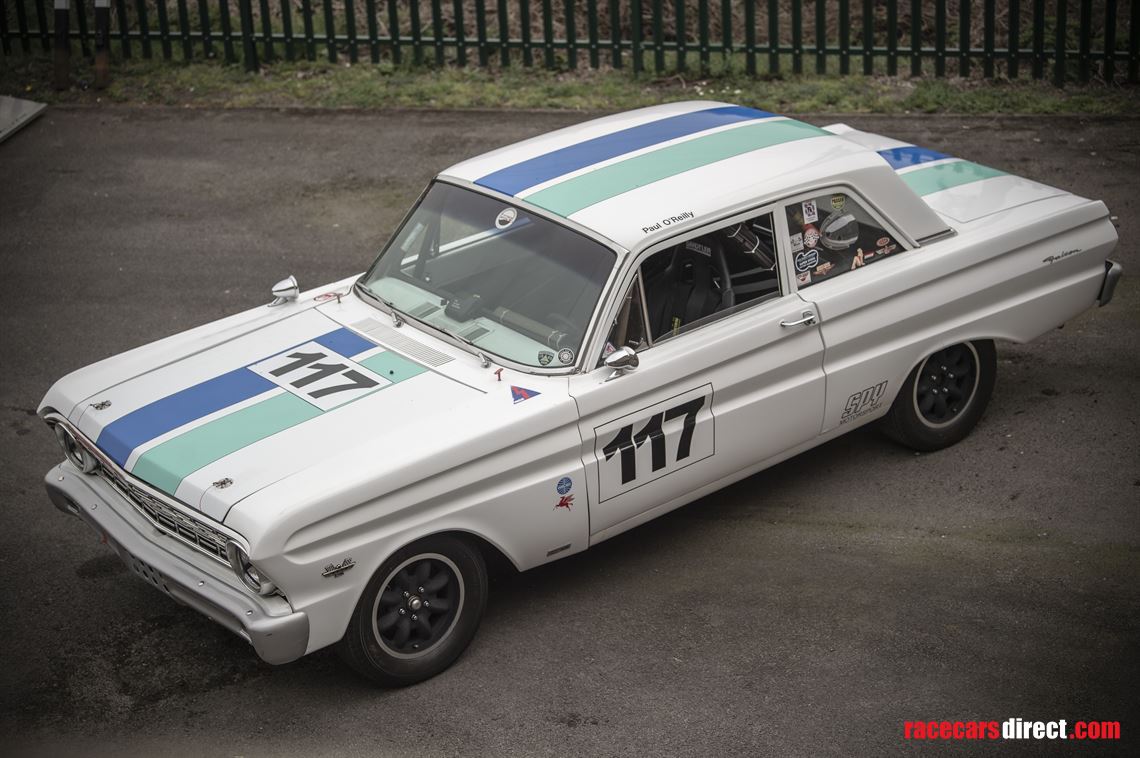 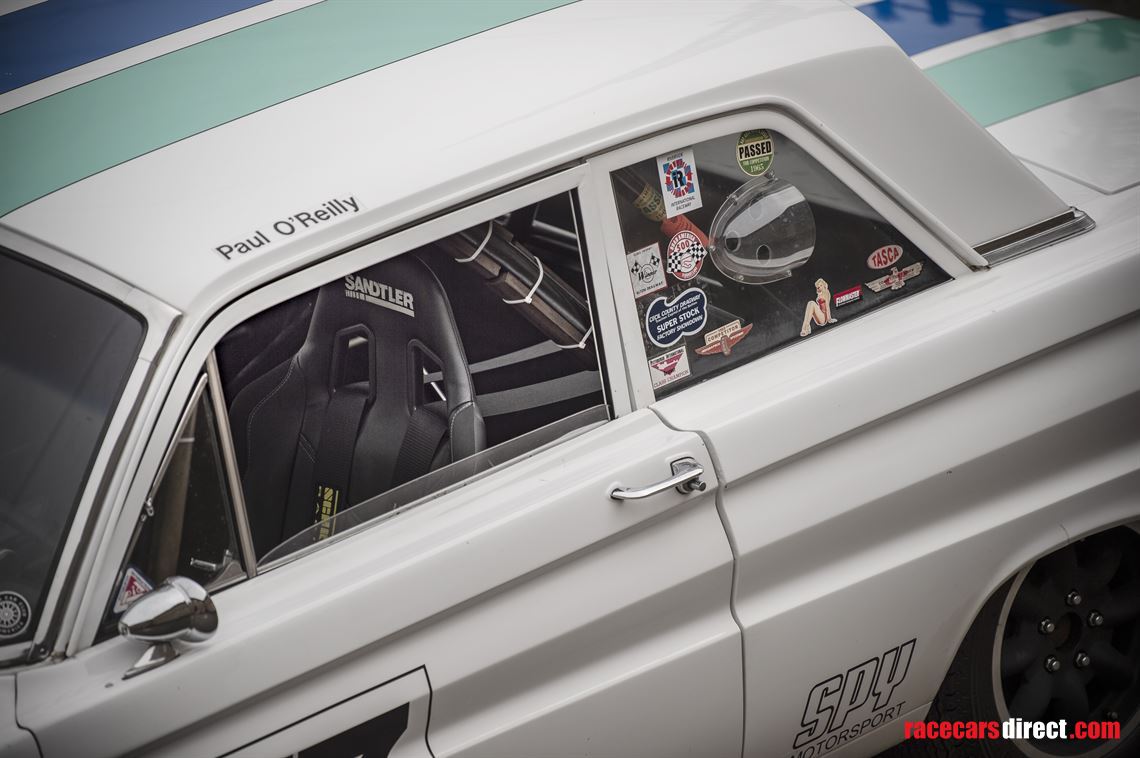 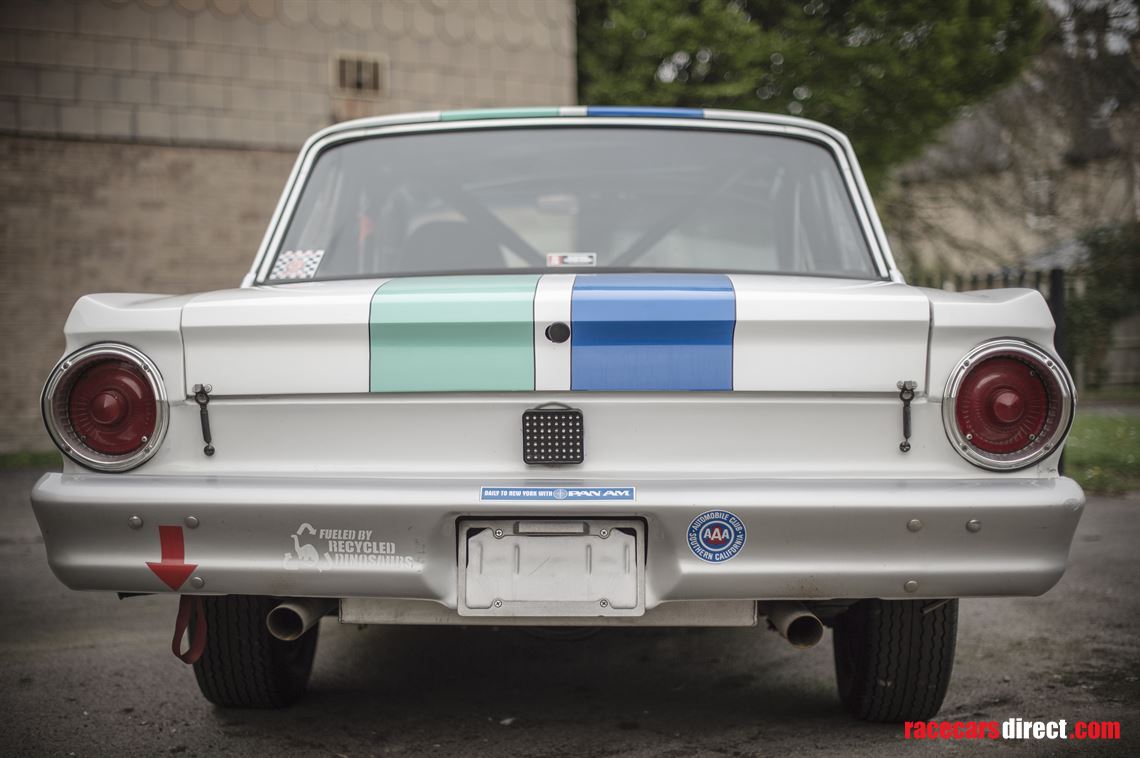 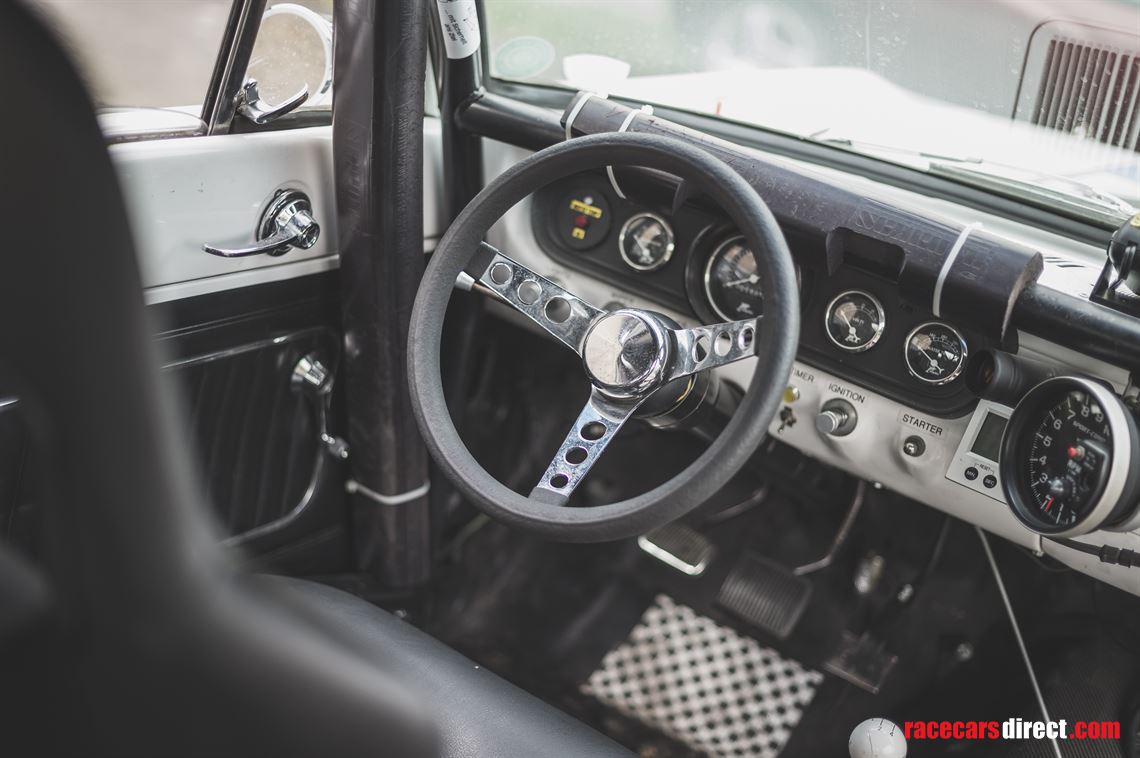 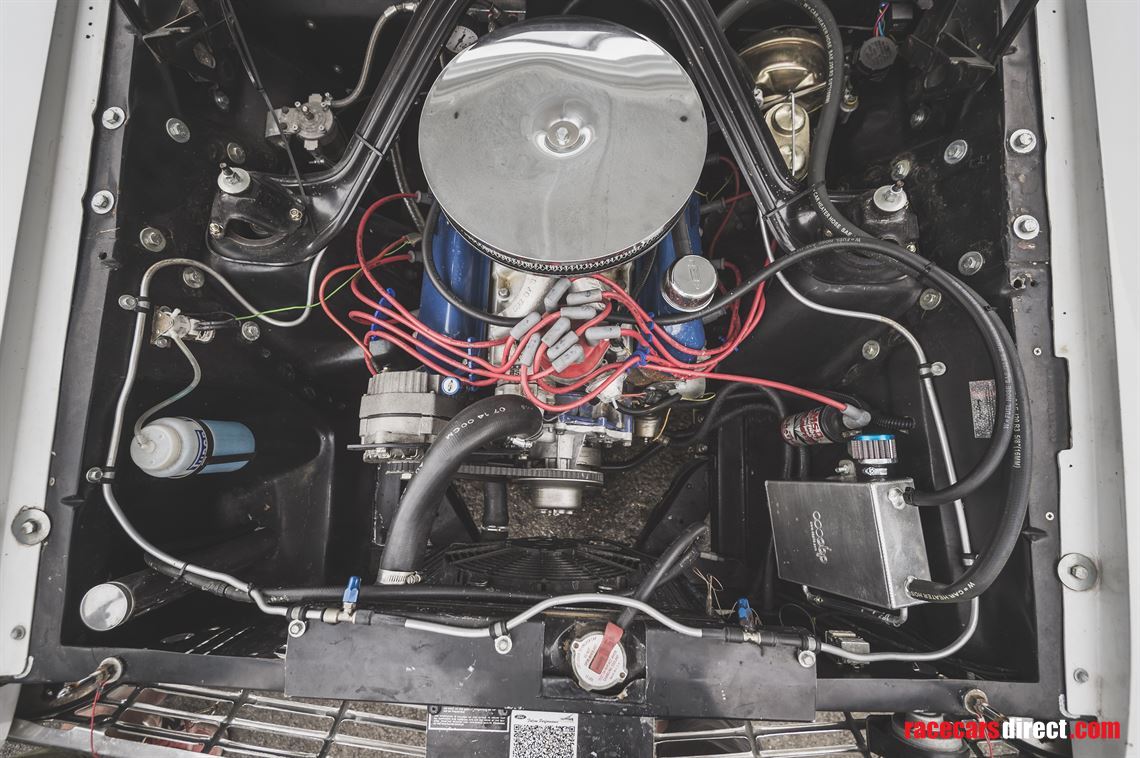 This car is in preview on The Market website. The auction will be live soon. Price is a lower estimate.

Supplied with the car is the Certificate of Title for its last US owner Earl W Rope of Lapeer, Michigan. It’s believed it was restored three years prior (see documents section for work carried out) to its November 2012 sale to Herr Muhs of Stuttgart, Germany. At this time it remained a street specification vehicle with mild drag-strip modifications, although it did benefit from the addition of numerous glass fibre panels – doors, bonnet, bumpers and boot, among these – and plexiglass side windows.

As it’s now being sold as a non-road registered race car, of more interest is its time in Germany. Where Muhs set about turning the Falcon into a de facto race car.

Specification highlights at the time included:

Muhs sold the car due to ill health in 2013 to our vendor, who in turn continued its development. Spy Motorsport of Wallingford, Oxford, carried out subsequent work including the replacement of the engine’s alloy headers with cast-iron ported headers to FIA spec and fitment of a brand new 750cfm Holley four-barrel carburetor mounted on a new Edelbrock Victor JR inlet manifold. The upshot is that it’s now producing at least 300bhp at the wheels, and it’s reckoned with a rolling-road tune it could be capable of knocking on the door of 400bhp.

It held FIA HTP papers between 2013 and 2018, and although lapsed, these should easily be renewed – or you can race it in Appendix K, as is. The belts are in date, although the seat and plumbed-in fire extinguisher are now out of date. Despite all of the above development, save for the odd test day, the car has never raced in anger. The original Borg Warner gearbox recently went bang during qualifying for a race meeting last year, so it now sports a brand new, polished-gears T10 unit.

Second generation Falcons are considered by many to be the most collectible variants of the model; this is due to their more modern squared-off visuals, which introduced a ‘pony car’ aesthetic to matters.

The unitary body has been seam welded for extra strength, with the car retaining the lightweight panels fitted in America. It also now has a Triplex safety glass front windscreen, and Macrolon side windows and rear screen.

Panel fit is first class. It’s an incredibly straight race car, but that said not cosmetically perfect. The paint finish shows a couple of flaws here and there – most noticeably some bubbling where the n/s rear three quarter panel meets the B-pillar, but this should tidy up relatively easily with a little TLC if required.

If the racing stripes aren’t to your taste, or if you want to fit something a bit lairier, worry not as they’re vinyl and easily removable. Both bonnet and boot lid are fitted with secured retaining pins, and the overall period look is aided by a combination of American and German stickers and decals – the Pan Am one alone sees you struggling not to go a bit Leonardo de Caprio –both indicative of its recent history.

Pre-airflow shell in VGC with history back to 1991. Near new engine and gearbox. Spares package.