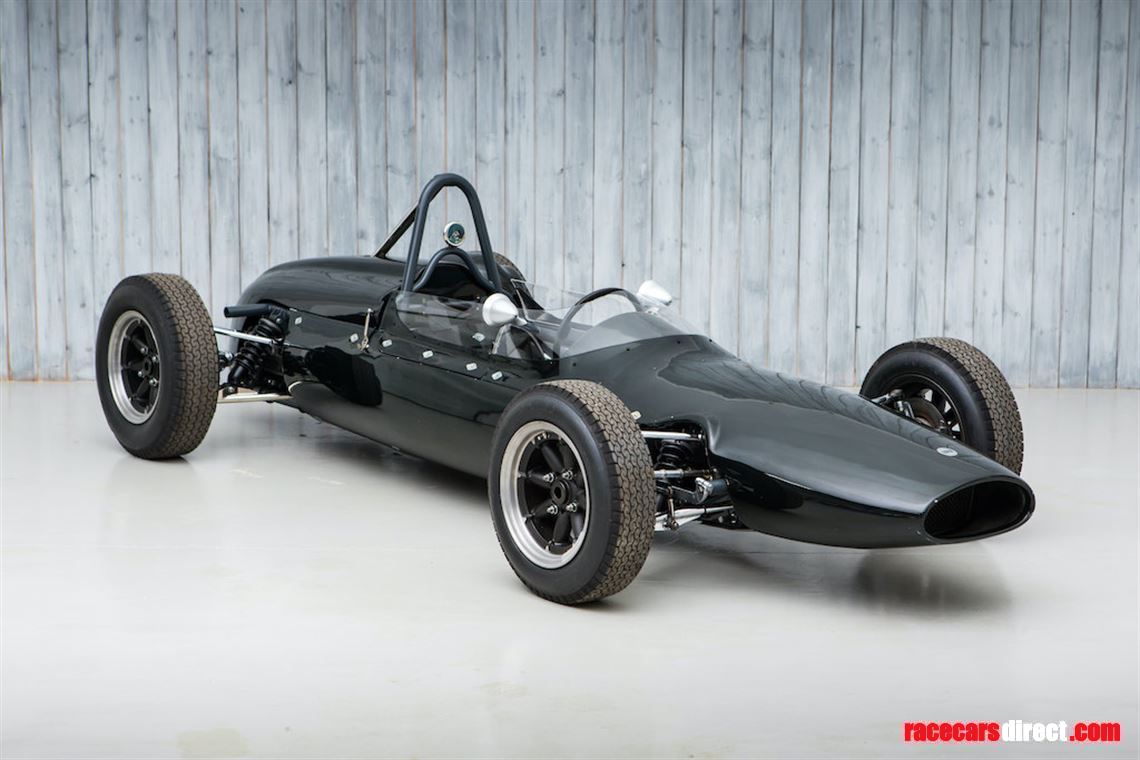 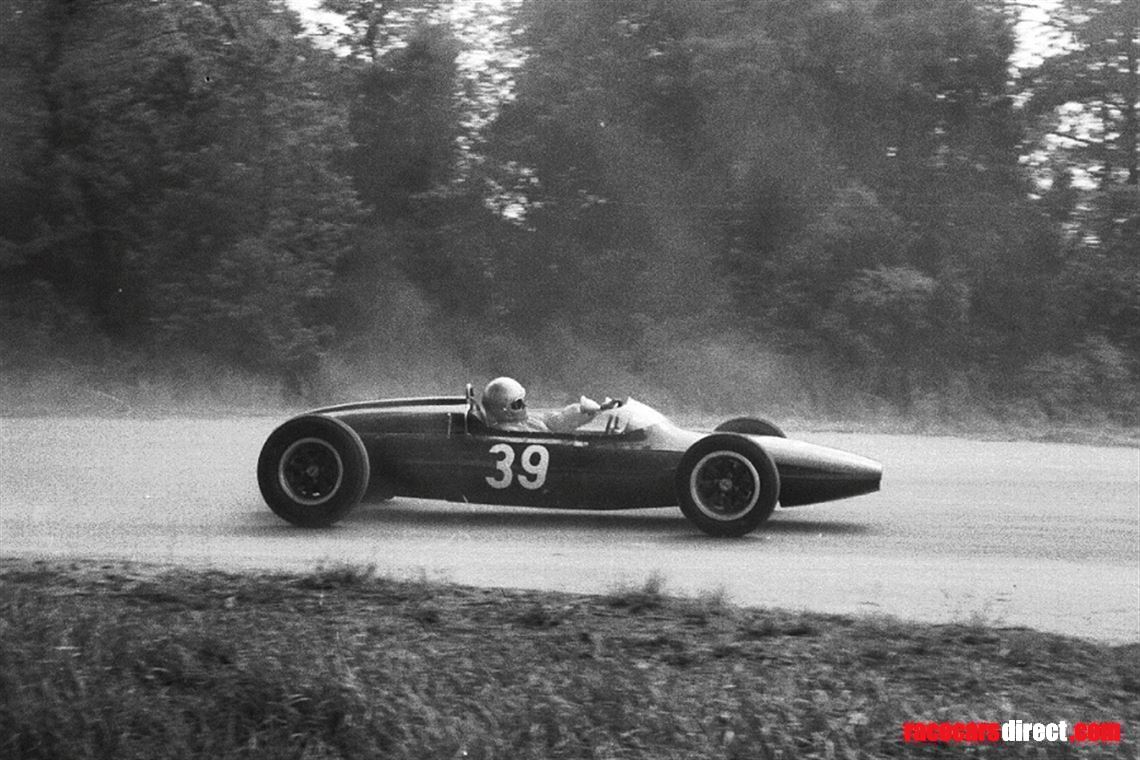 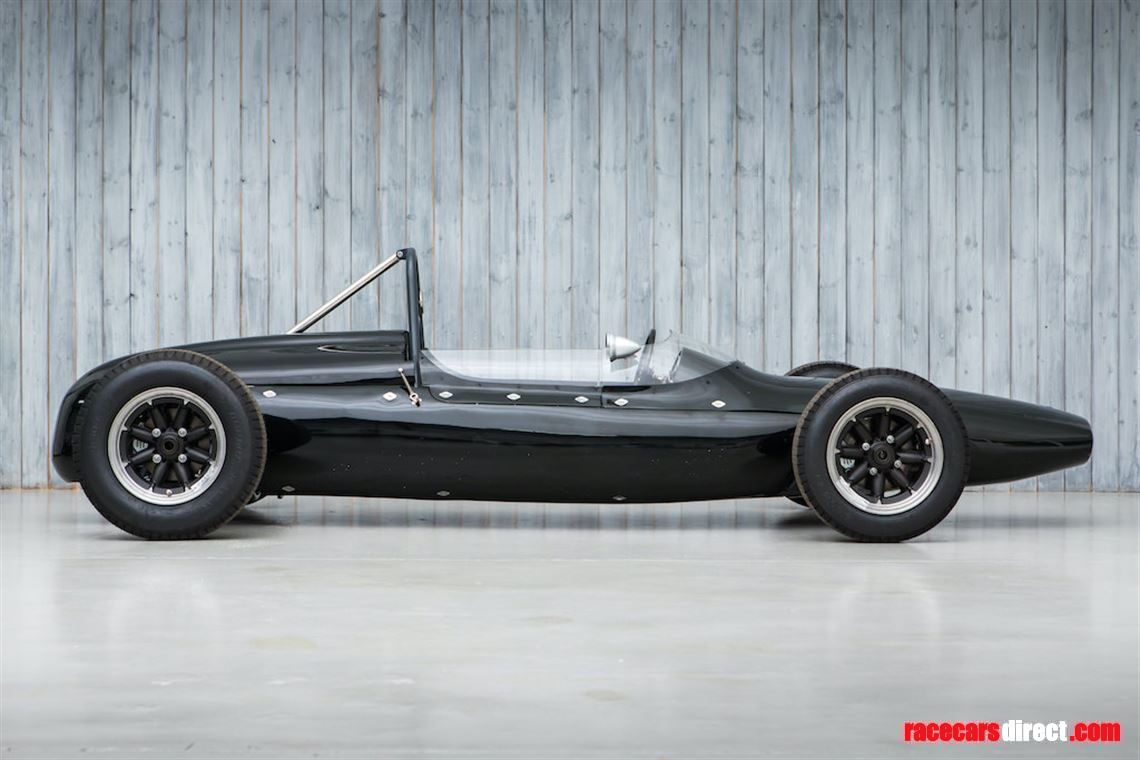 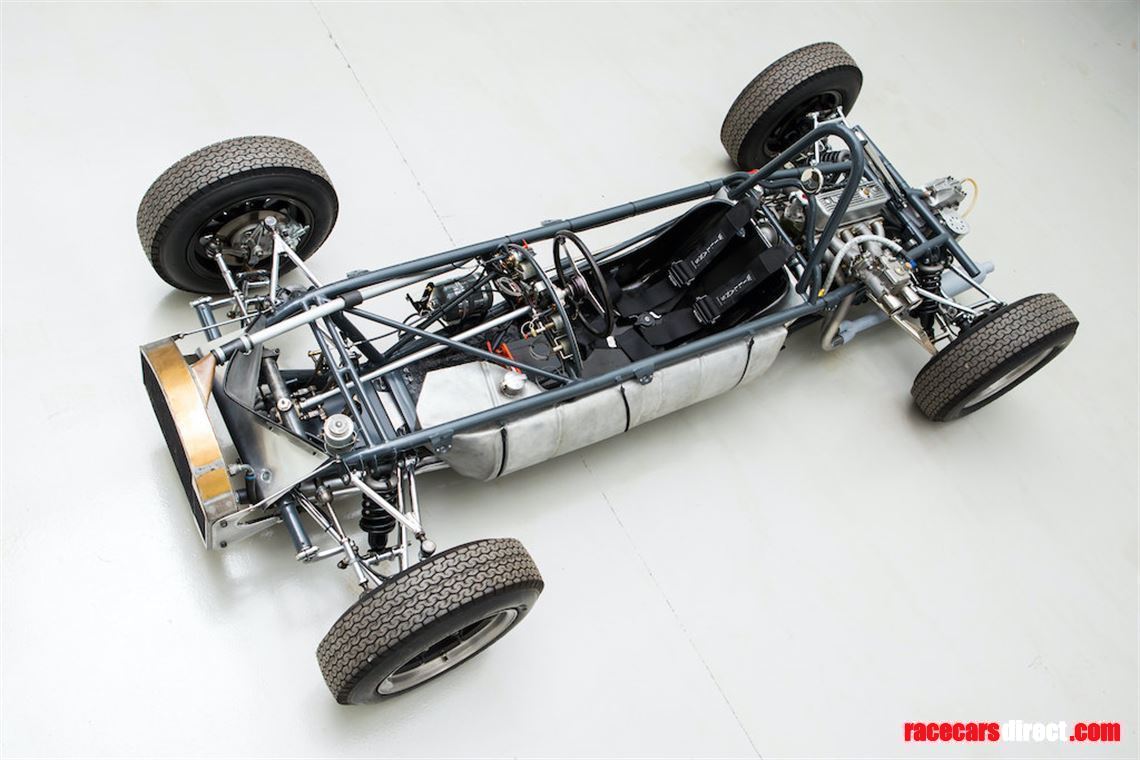 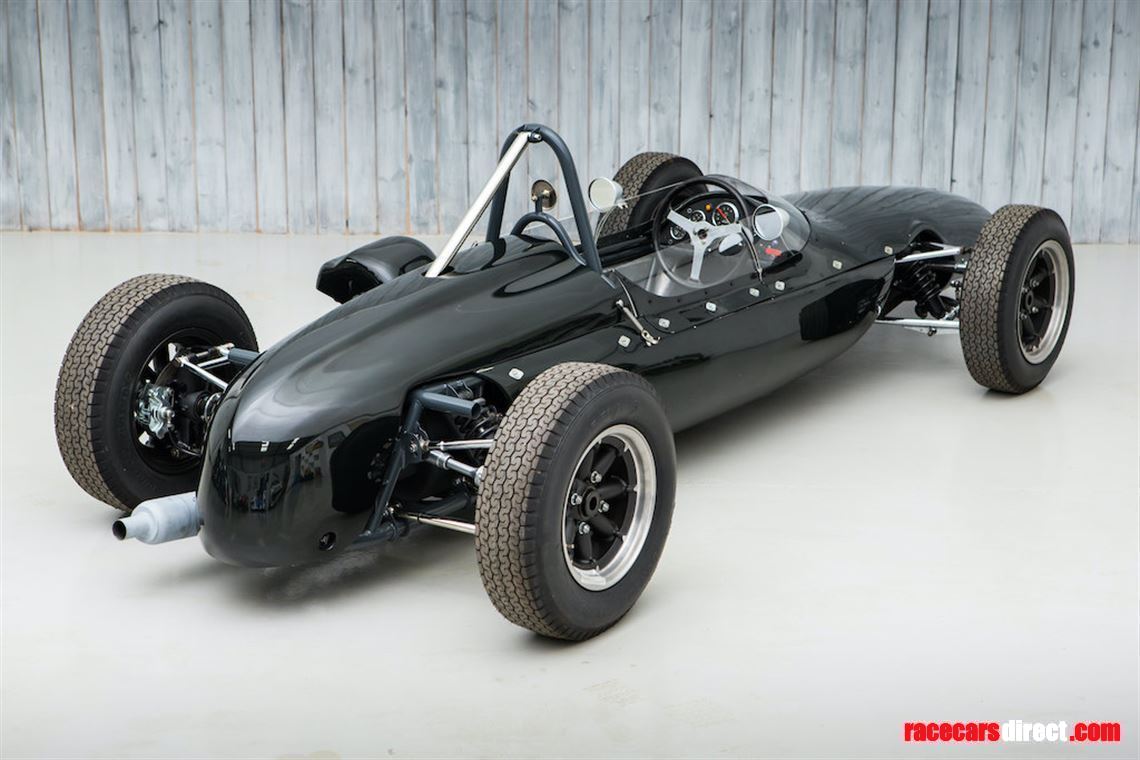 Ordered new by noted American racer Suzy Dietrich, at the recommendation of friends Peter Revson and Tim Mayer, and campaigned by her and her husband Chuck to multiple victories in races all over the USA and as far south as Puerto Rico.

Also a victor with second owner Reed Rollo before being unraced in the following four ownerships and imported into Australia in 1981. Restored back to racing conditions in 2006 before returning to the USA, and imported into the UK in 2012.

Maintained for the current owner by Simon Hadfield Motorsport and subject to a recent bare chassis overhaul and engine rebuild by Stuart Rolt.

Possibly the most original example of Cooper’s T59 Formula Junior.

Retaining what is believed to be the original engine to the car, the very rare Cooper 6 speed gearbox fitted in 1963, steering wheel, chassis plate and the majority of components, it is a wonderful way to join the Formula Junior ranks which offer racing across the globe.

One of only two examples ever built

For sale this beautifull and ready to be raced Lola. Recently rebuild.