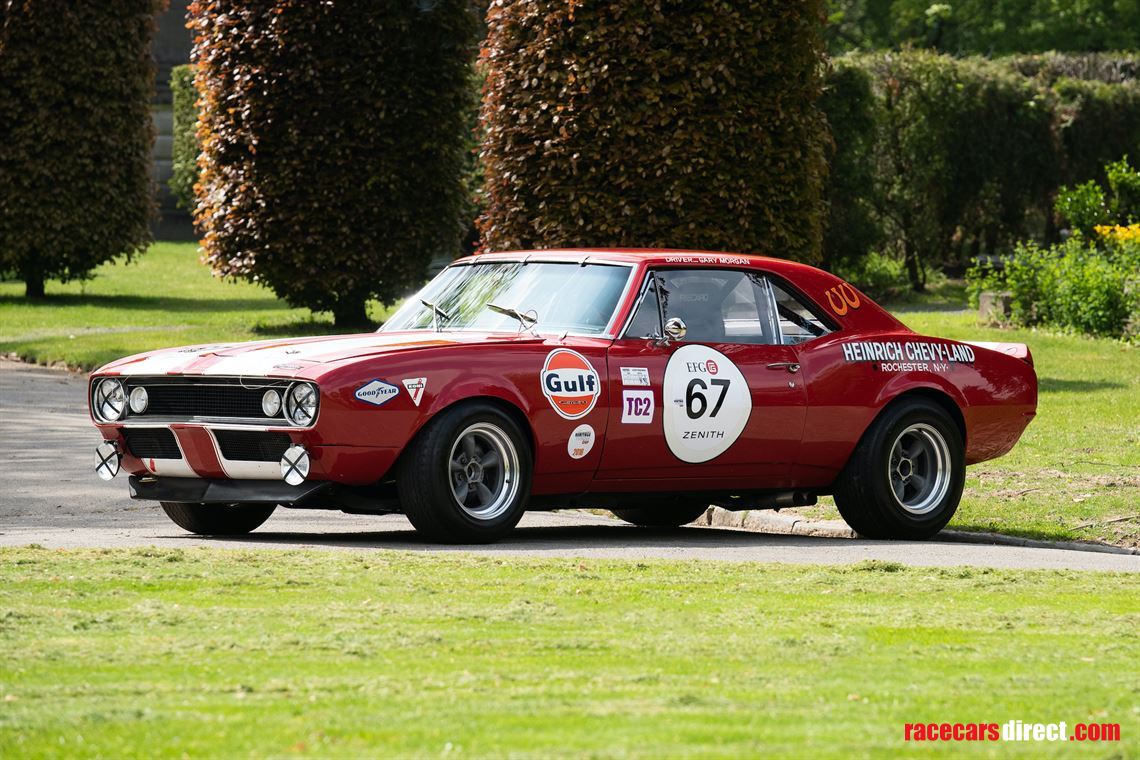 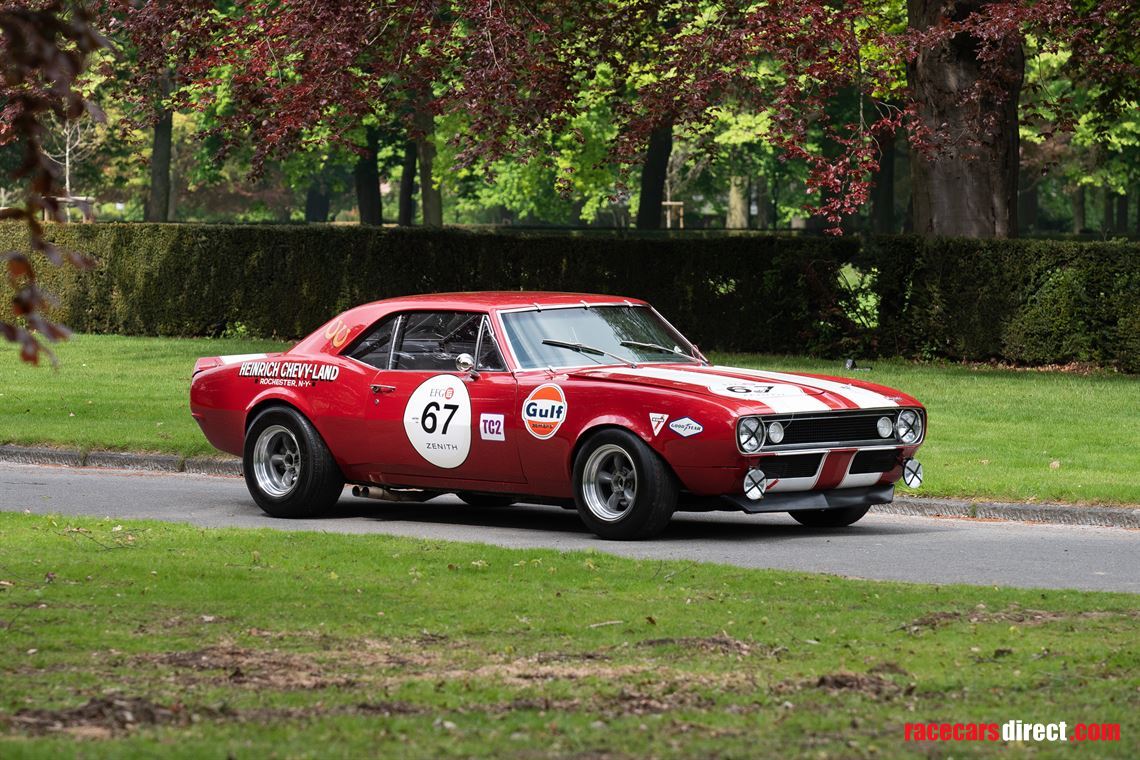 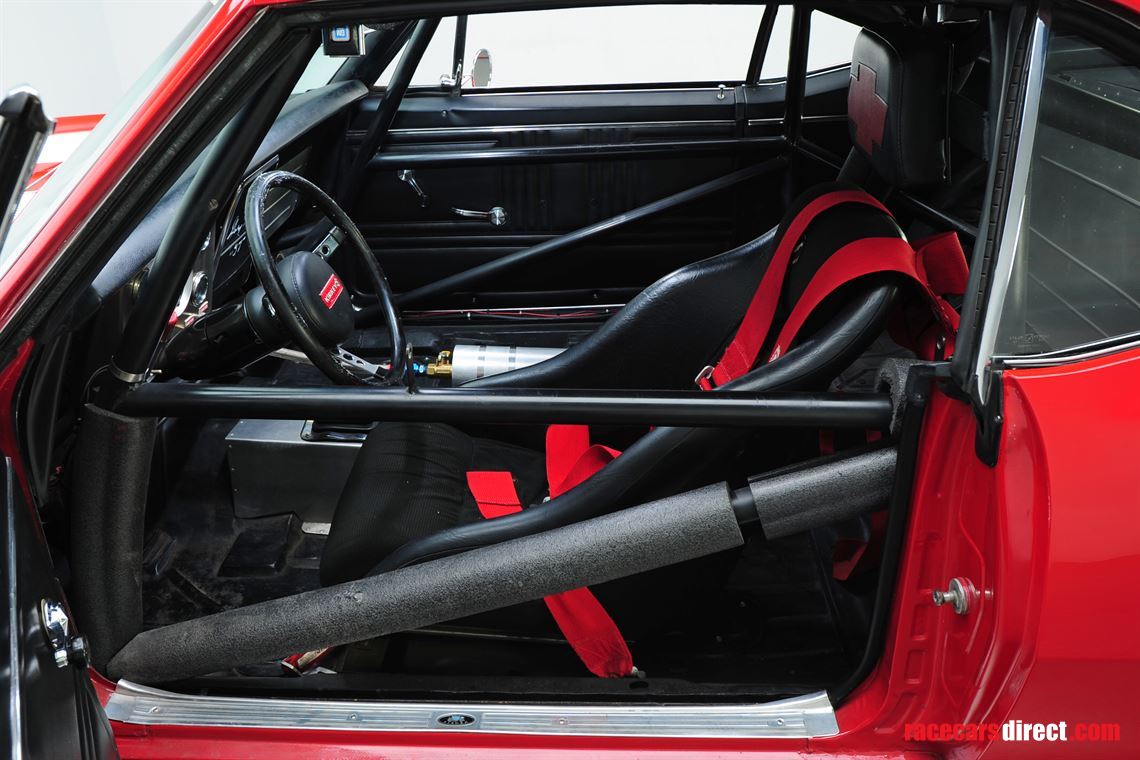 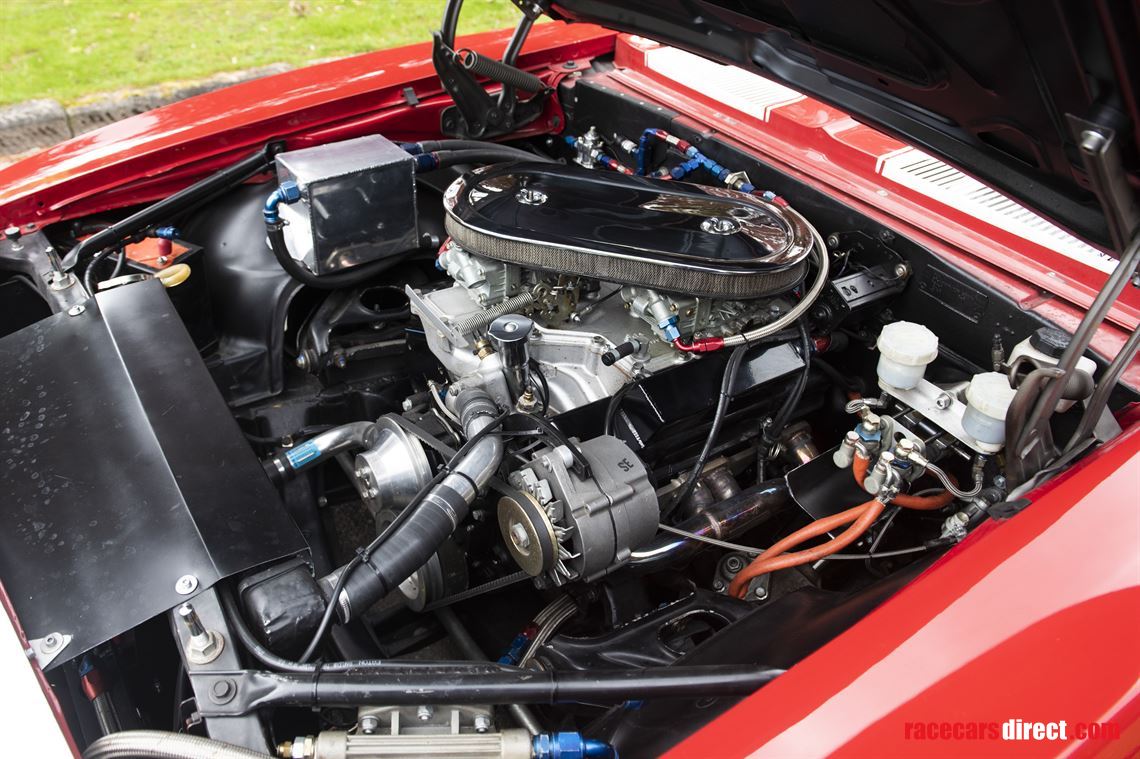 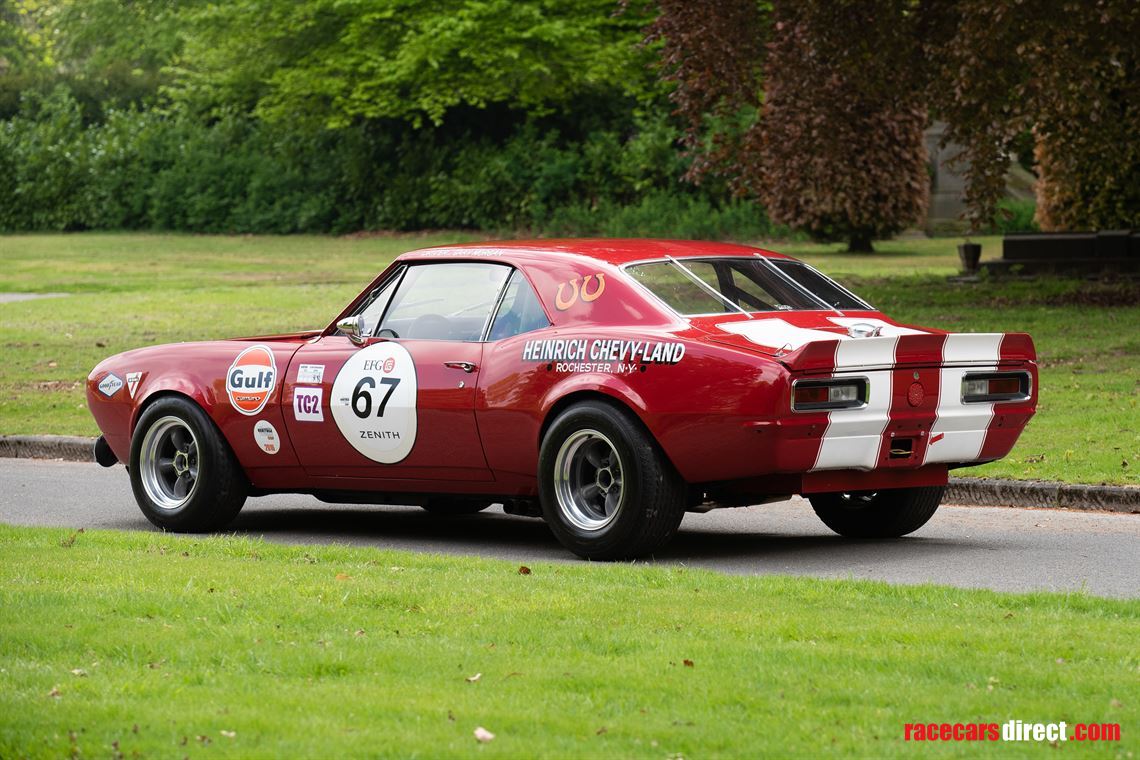 Chevrolet's Camaro Z28, was designed to compete in the new, and highly popular, SCCA Trans-Am Series. The production car series mantra was "Win on Sunday, sell on Monday!" And win they did. The Z28 won the Trans-Am Championship in 1968 and 1969, with Mark Donahue and Roger Penske. They also proved the Z28' metel in international, endurance racing, capturing first in class at the 1968, 12 Hours of Sebring.

The Z28 offered here is the ex-Gary Morgan/Heinrich Chevrolet factory supported Trans-Am car. It too had a successful racing career, competing in the Trans-Am series and also winning the Area 11 SCCA A-Sedan Championship in 1968. The Z/28 also went on to finish 4th overall in the Fingerlakes Region SCCA Northeast Division.

The car’s successes would lead to Gulf Oil sponsorship and the car being featured in Gulf Oil television commercials which ran during the 1968 political conventions, and the astronauts landing on the moon in 1969.

The detailed history of the car's racing career, subsequent discovery, restoration, and historic racing career can be found at: https://motorsportsmarket.com/racecars/1967-camaro-pre-production-z28-trans-am-car/ There you will also find the car's period and current specifications, as well as links to interviews and relevant articles about the car. In addition, you will find comprehensive photos, both period and current, documenting the car's history, authenticity, and current specifications.

This is a very rare, highly original, pre-production Z28 with period Trans-Am history. It can race in the highly popular U.S. Historic Trans-Am Series, including support races for NASCAR, INDYCAR, and the Monterey Reunion Trans-Am Feature Races.  It will also qualify for the Classic 24 Hours of Daytona, the Classic Sebring 12 Hour, and basically historic GT and production racing classes everywhere. Its most recent historic races have been at Spa, Belgium.

The car currently resides in the U.S.

One of the fastest FIA 67 Camaro in Europe. Historic Trans-Am Registry TA-024.

Rental of a Race trailer with office from € 95 per day.