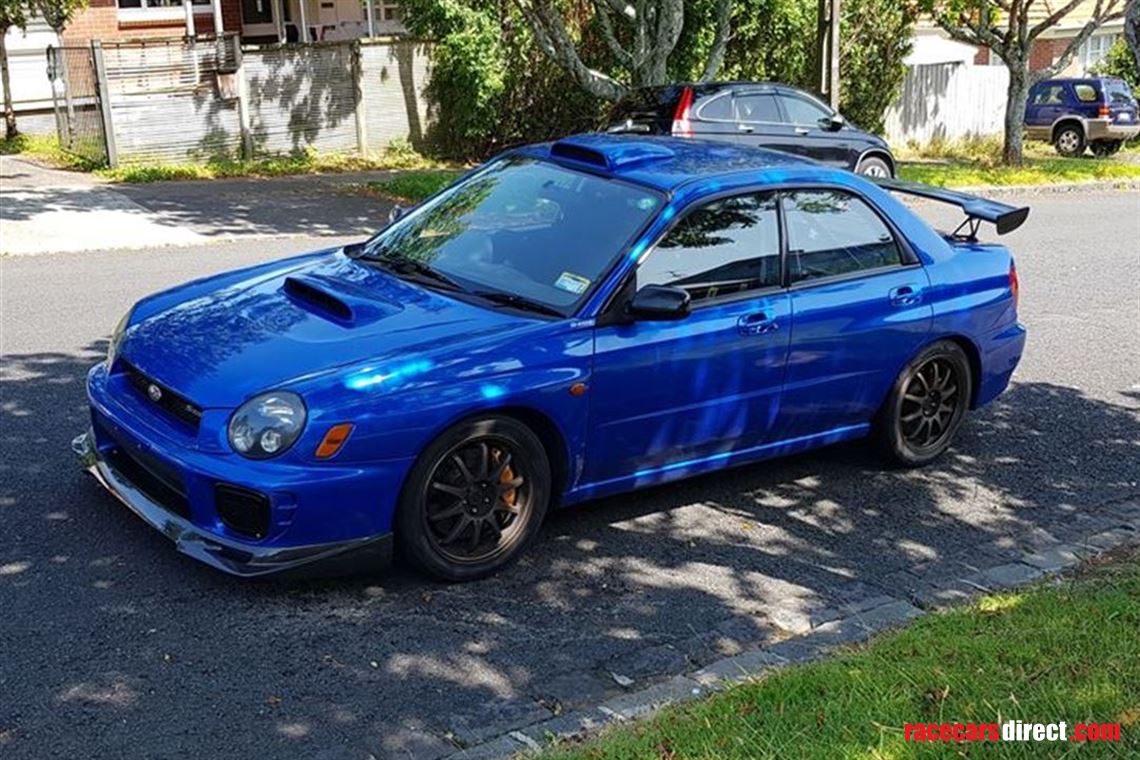 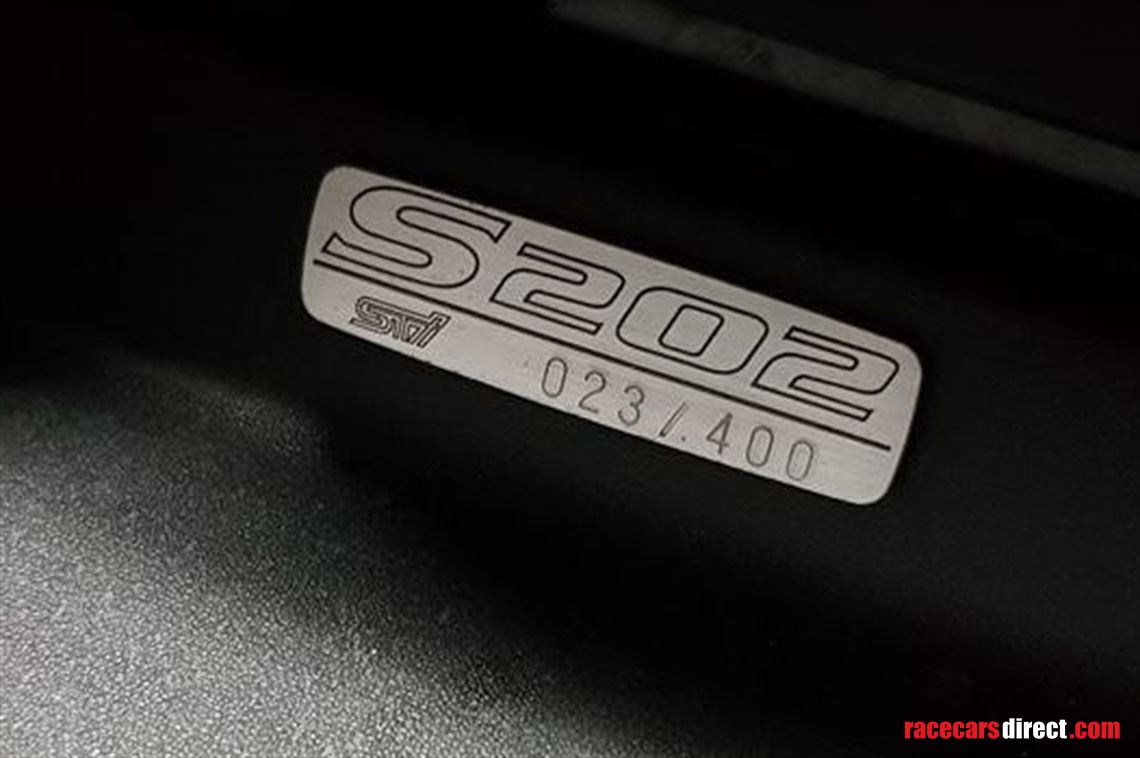 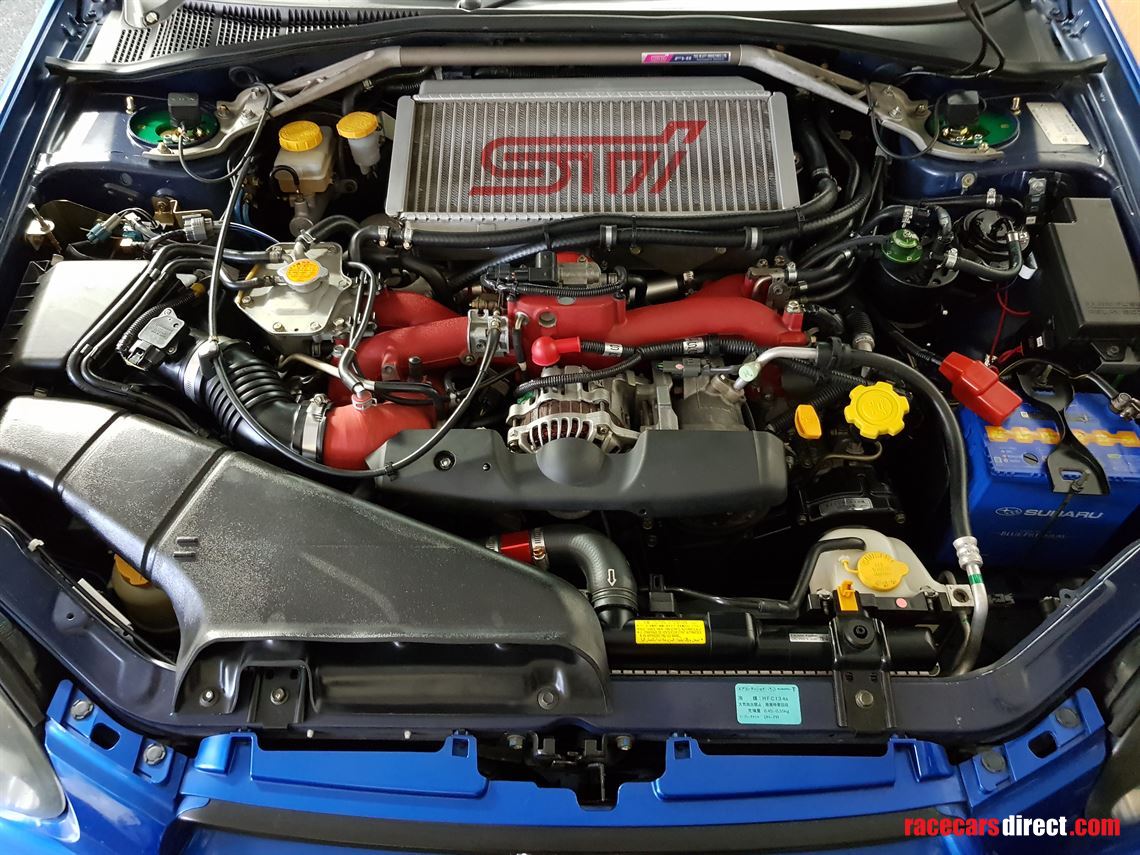 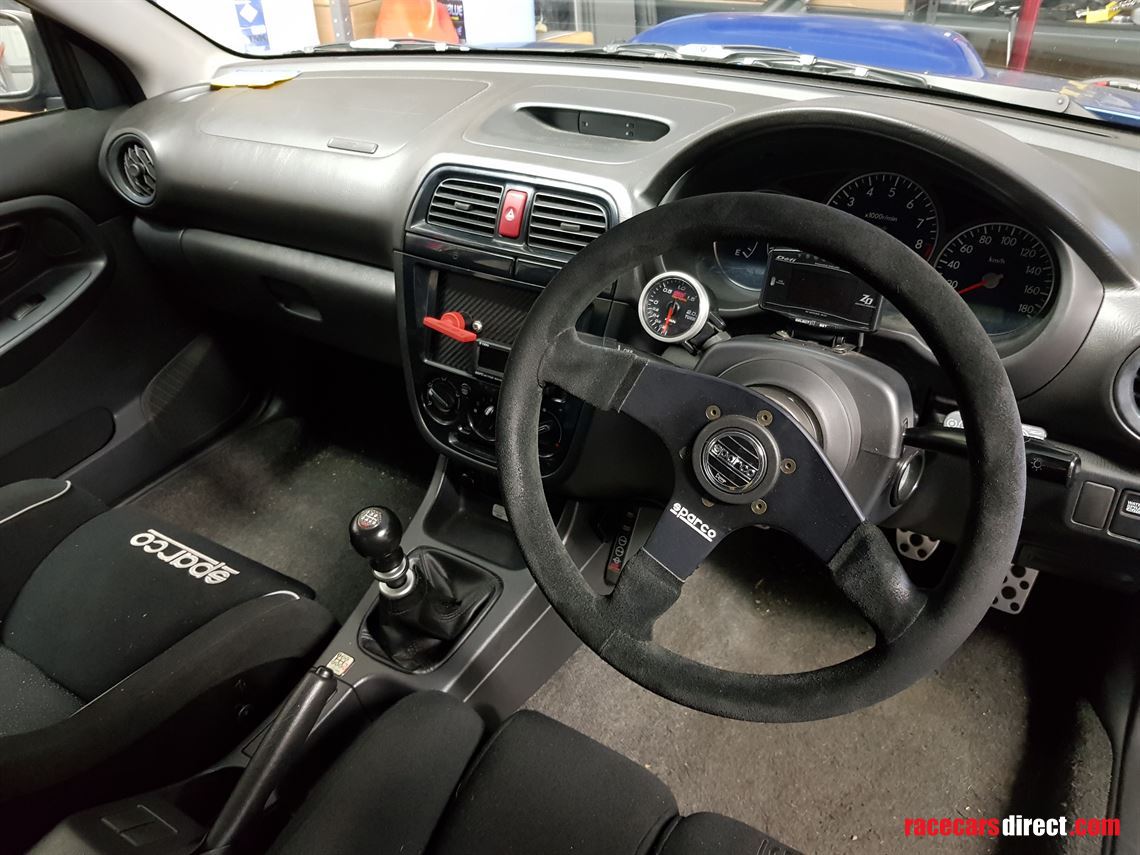 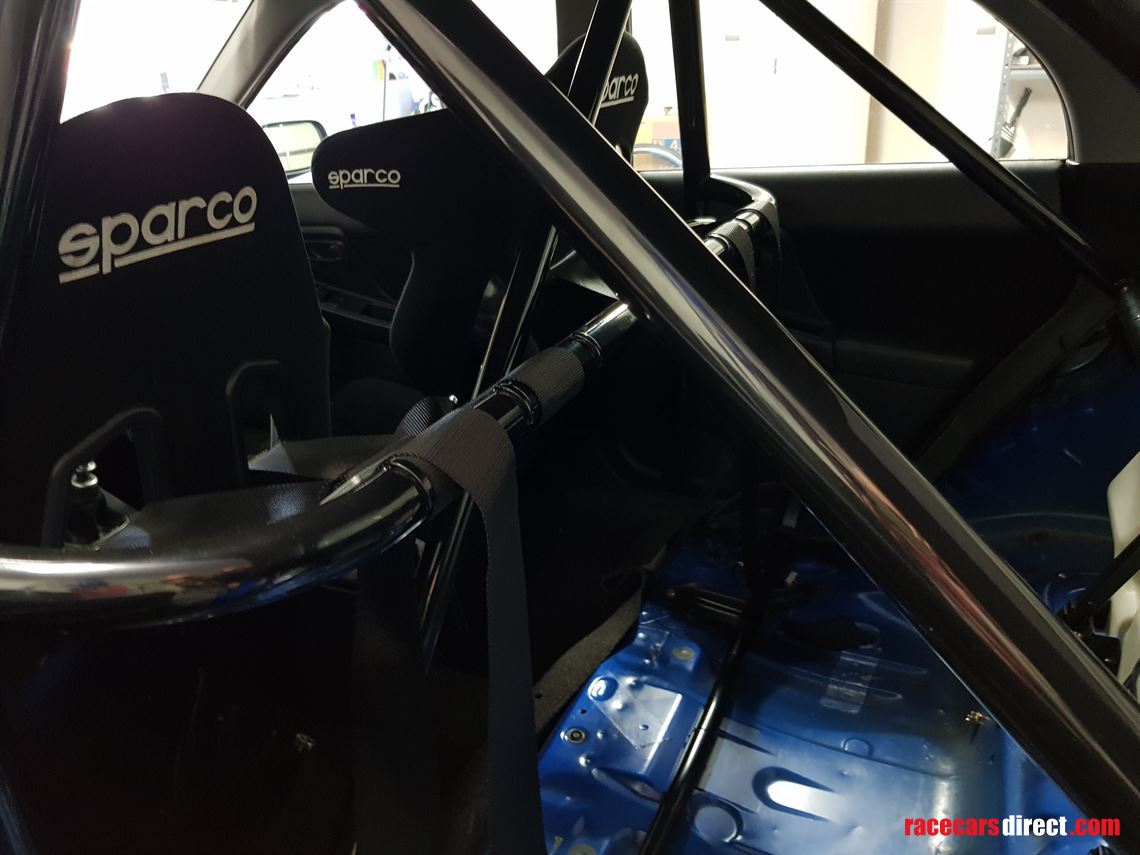 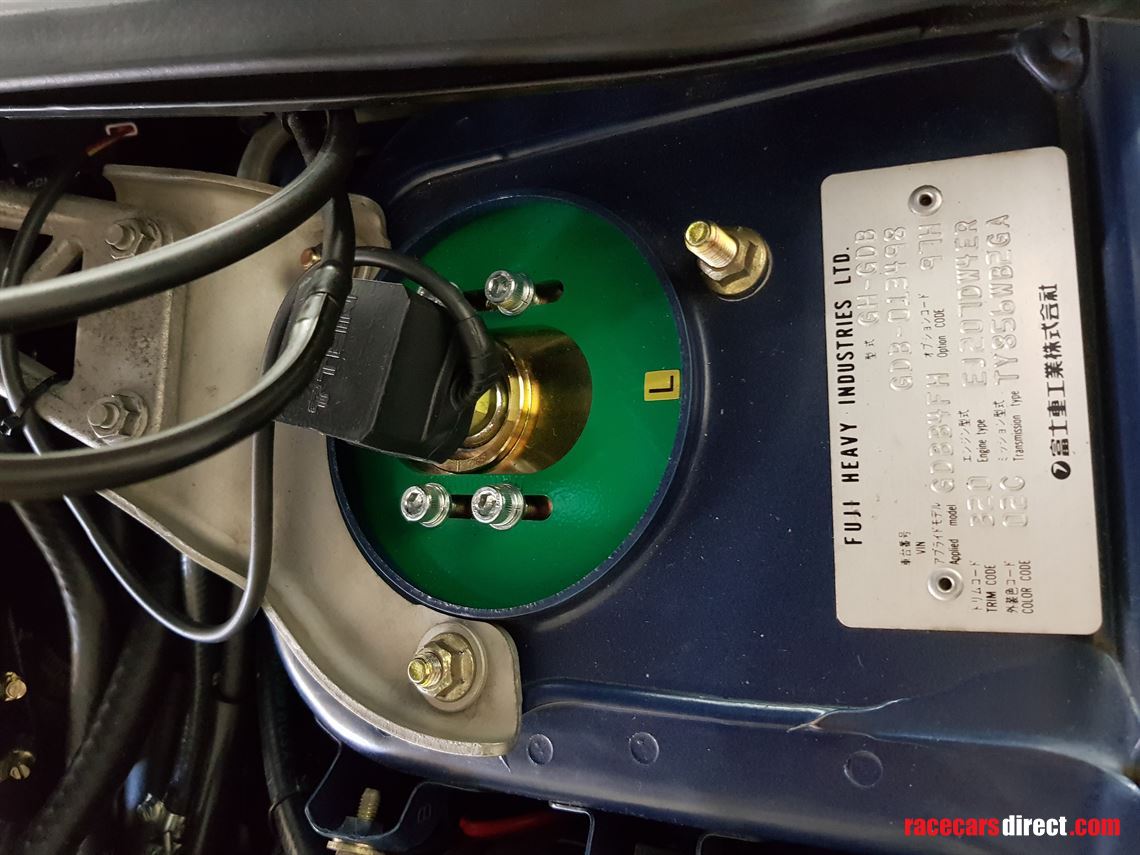 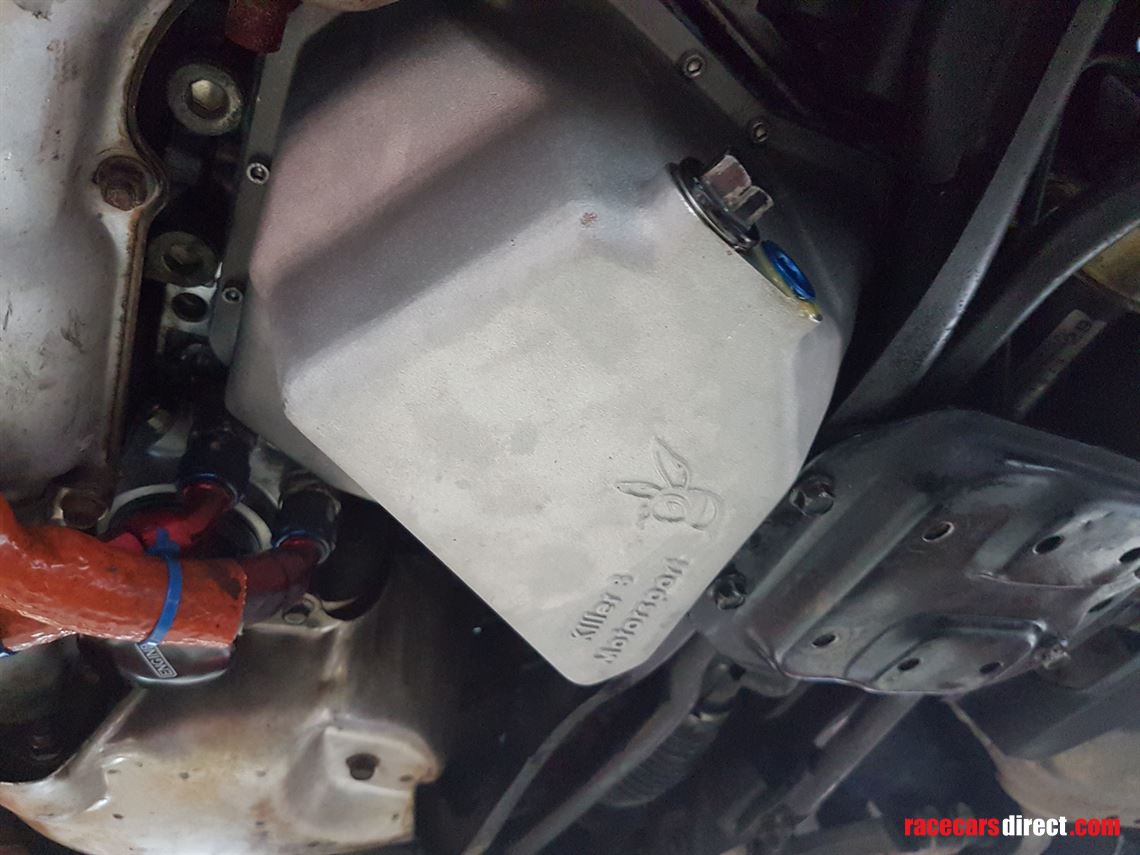 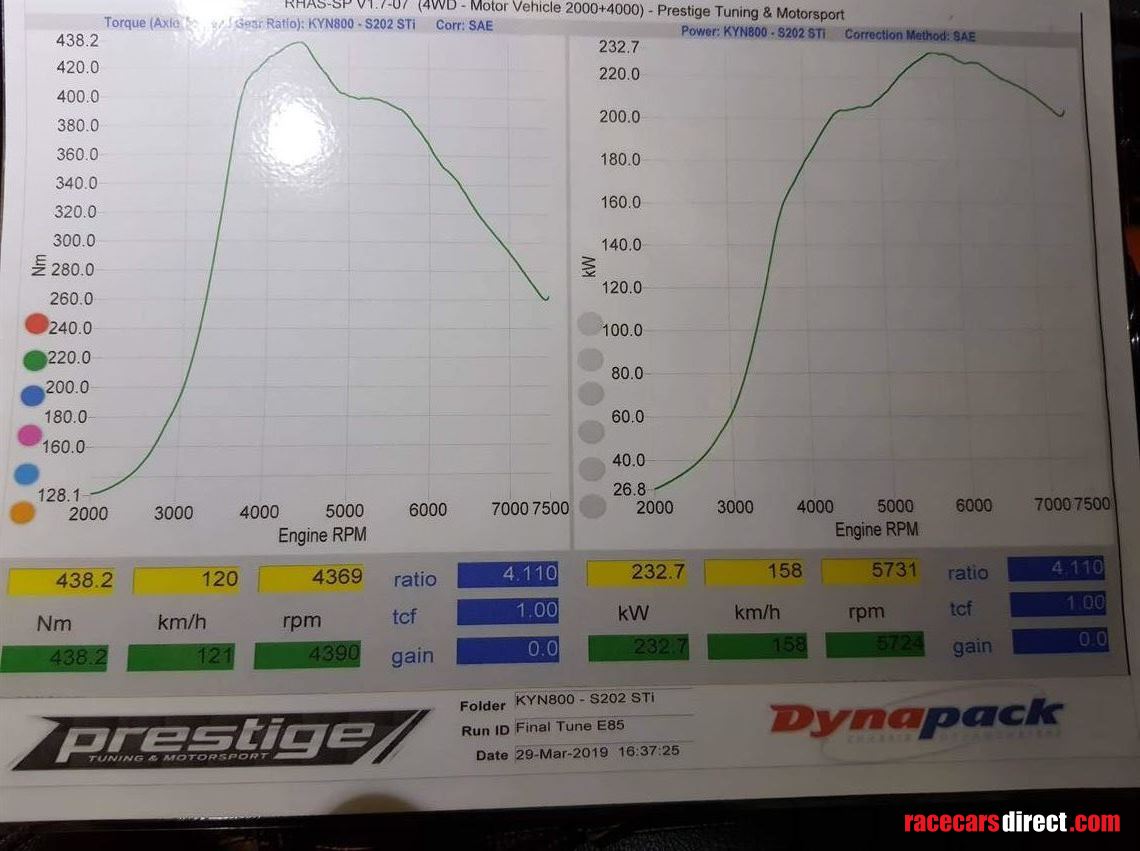 Aftermarket components purchased new and installed in the last 28 months are:

HKS up and down pipes

Aftermarket components that came with the car ex Japan and remain:

I imported the vehicle myself from Japan back in Oct 2017 with 69,000Km and have put on about 4000Km with trips to track days and club sprint events. There is no damage and no corrosion, all original paint and decals.

See original Evo Magazine write up when released in Dec 2002:

The facelifted Impreza might already have landed but the old model's last hurrah is an absolute stunner. Called the S202 STi, it's a limited edition 400-off model created for the Japanese market by Subaru Tecnica International (STi), Subaru's motorsport division. After it was announced a few months back, the whole run sold out in just two weeks.
It's rather special, of course. Apparently, Petter Solberg, works Subaru driver and recent winner of Rally GB, reckons that of all the roadgoing Imprezas he's driven, the S202 feels most like his WRC car. If it wasn't yellow, he'd probably have said it looked most like it too, with its ten-spoke gold-painted alloys and roof vent, though he must have been eyeing the adjustable carbonfibre rear wing and wondering why his company car didn't have one.
The starting point of the S202 is the lightweight 'RA Spec C' Impreza, a Japanese model that's packed with all the mechanical bits that matter and stripped of luxuries. The S202 puts a few back in, such as air con and electric windows, but it can afford to because its version of the RA Spec C's flat-four, already uprated with special cams and a roller-bearing turbo, has a revised ECU that takes power even higher, to no less than 316bhp. Hang on, what about the gentleman's agreement between Japanese makers to stick to a 276bhp ceiling? Beats me, but maybe it's no coincidence there's no Subaru badging to be found on the car, only 'S202' and 'STi'.
The S202 isn't simply an RA with a few nice bits and more power: STi's engineers have been right through the mechanicals, upgrading and respecifying components. Unsprung weight has been pared courtesy of those Rays forged alloys, shod with 225/45 ZR17 Pirelli P-Zero Rossos, and there are also 7kg lighter, grooved brake discs. The four-wheel-drive system has a mechanical limited slip diff at the back, a 'Suretrack' diff at the front, and the suspension has been fine-tuned throughout, with 'pillow ball' bushing for the lower arms and trailing links. Look through the spokes of a rear wheel and beyond the gold Brembo brake callipers you'll see the mark of STi on the chassis - pink painted suspension arms. Nice.
In fact, the dark recesses of the S202's exterior are dotted with special STi componentry; tucked to one side in the gaping lower air intake is an STi-branded engine oil cooler, while jutting from the rear is a titanium silencer with a tailpipe the size of a torpedo tube. Hidden from view are braided brake hoses, and under the bonnet the inlet tracts are crafted from red silicon tubing. Oddly, the strut brace has been deleted. Pop the boot open and it looks like thieves have nicked all the trim, leaving behind only the vast water reservoir for the intercooler spray.
Inside, the changes are small - black trim, blue-faced dials, a numbered S202 plaque - but it won't escape your notice that the slim-rimmed Momo wheel doesn't have an airbag.
It takes a very short distance to realise the S202 is out of the ordinary. There's Impreza character in abundance but everything feels sharper, more heightened. The engine warbles heartily, picks up with purpose from low revs and even on small throttle openings feels alert and responsive, while the chassis is firmly controlled but not at the expense of urban suppleness.
The S202 weighs 140kg less than a UK-spec WRX STi and has 60bhp more, rocketing its power-to-weight up, up and away. And boy can you feel it. When you first get the chance to pin the throttle into the carpet, the S202 delivers a neck-straining thump that forces you into your seat from less than 4000rpm right to the limiter. If you're an Impreza fan, the pulsed blare from the tailpipe is to die for.
It gets better. On demanding roads the S202 is unlike any Impreza I've driven, combining the organic feel and predictable progression that has endeared it to so many, with the responsiveness of arch rival, the Evo VII. You have to be on your mettle in damp, greasy conditions because understeer has been virtually eradicated. But as soon as you've got your head around the concept of the nose going exactly where you point it, while telling you exactly what it's doing, you can enjoy the sensation of the chassis setting itself up for a four-wheel-drift exit biased to oversteer.
Of all the Imprezas I've driven, none connects with both the road and the driver like the S202, and that engine is a beaut. It's concentrated Impreza; harder, louder and faster, giving you more of everything you love about the Subaru. The catch? Not that they're all sold, because a few have landed in the UK. No, it's the price - the best part of £40K.

Car was built for Nurburgring touristenfahrten and other track days.