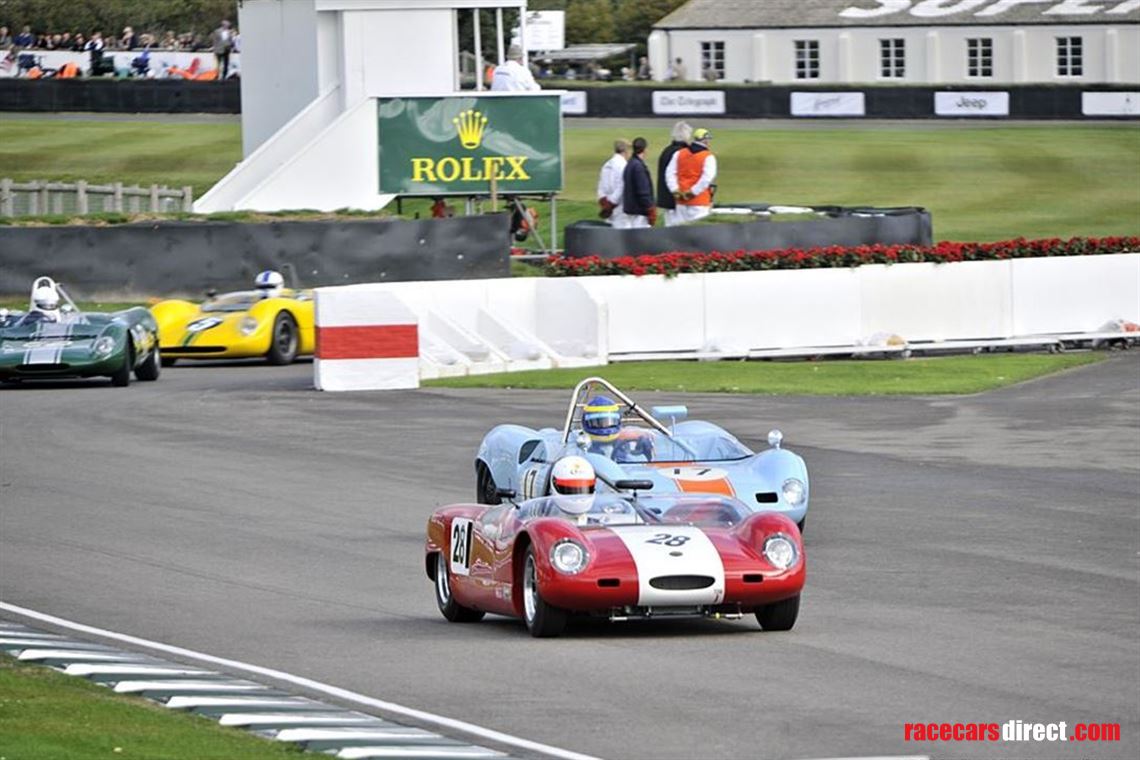 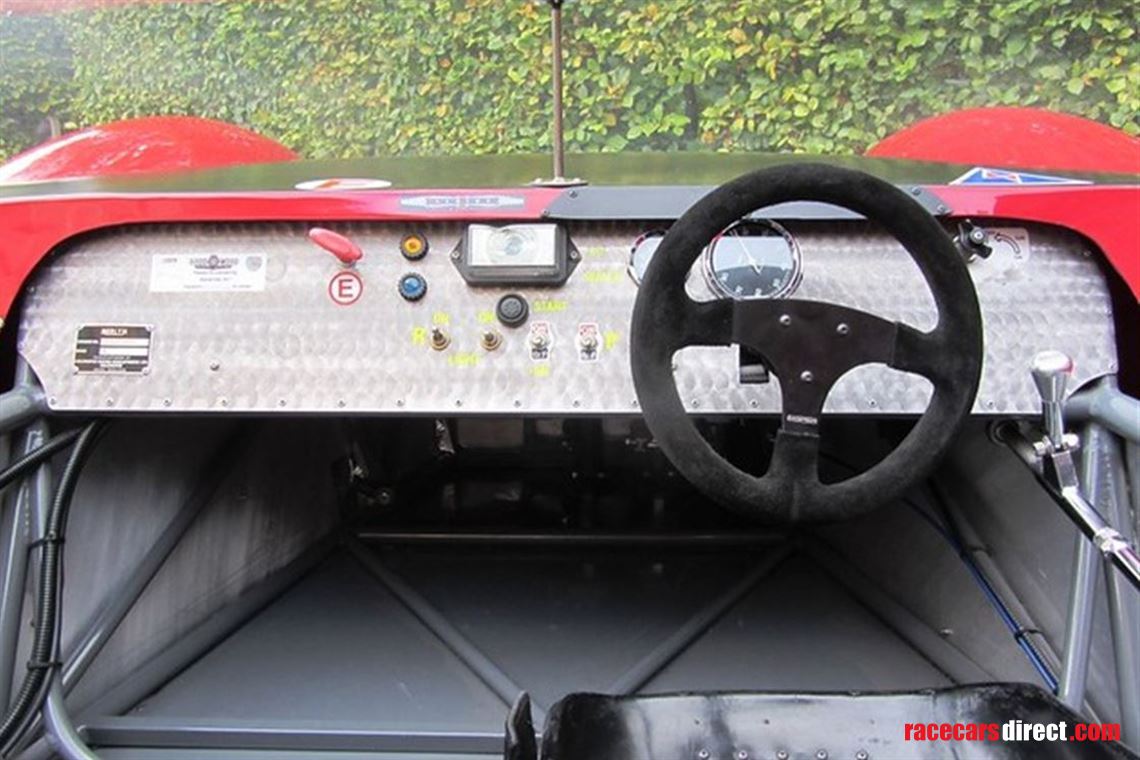 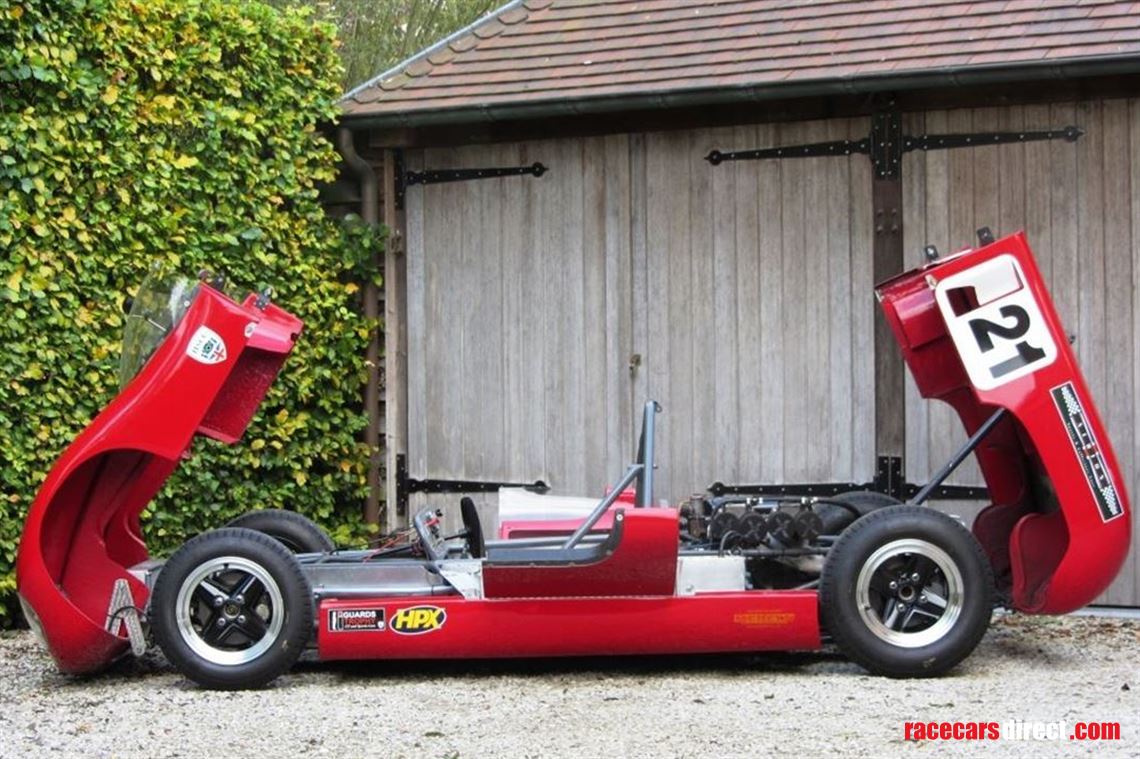 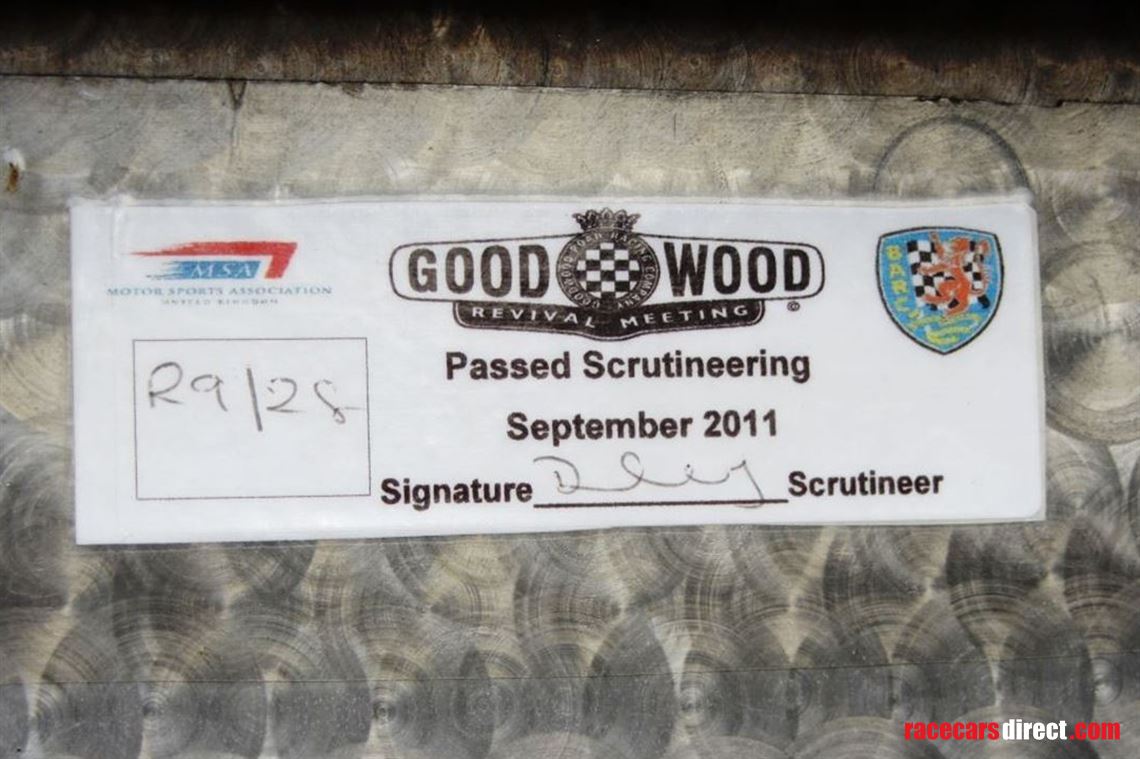 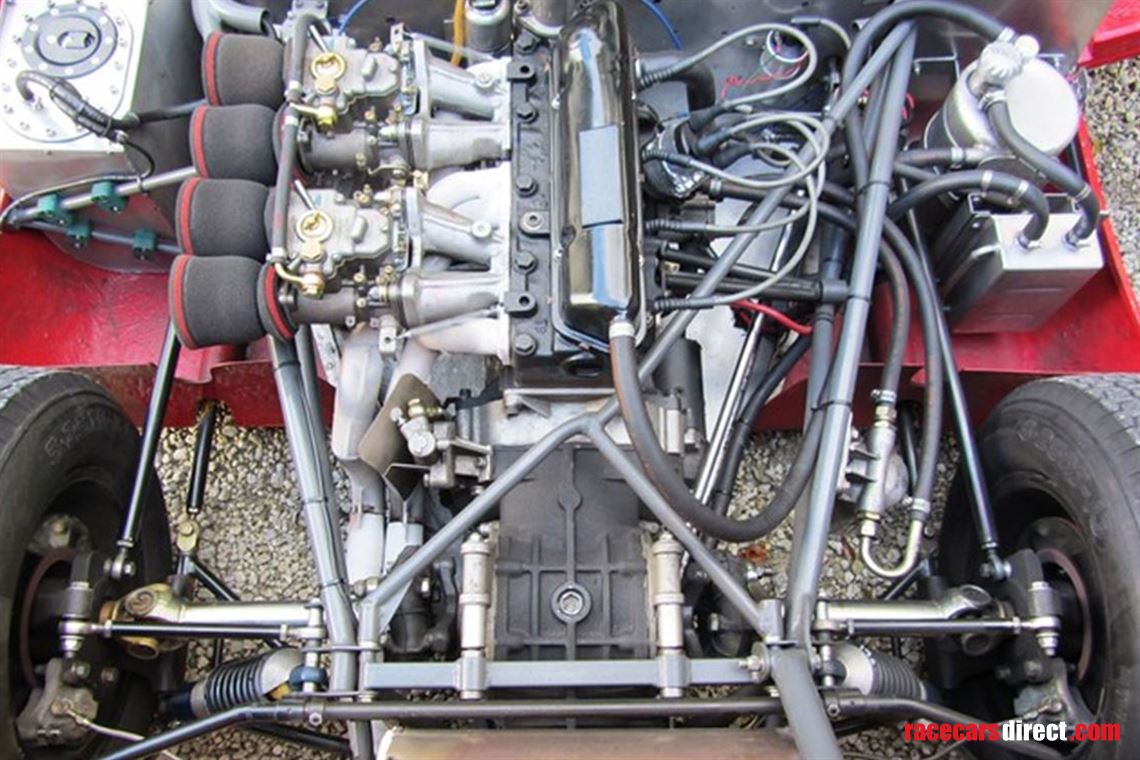 Colchester Racing Developments in Essex was a small-scale racing car manufacturer, which started in 1960 by building formula junior racecars. In 1961, they created the mid-engined Mk3 to compete with the Lotus 18. Based on this basic formula junior single-seater, they developed a sports/racing car called the Merlyn Mk4. The car had a multi-tubular spaceframe, Girling disc brakes and a fibreglass body. It could take engines up to 1500 cc, and there was a Hewland combined gearbox and final drive unit. In fact, it was a car very much in the mould of the Lotus 23.
The next stage in development was the Mk6.
The Mk6 was based on the Mk4, but there was a new body, a stiffer chassis as a result of improved triangulation, the gearchange was modified and there were nylon instead of rubber bushes. The cars continued to perform well in British events, and were a good match to the Lotus 23.

This car is completely rebuild following the specifications as the Merlyn Mk6 was originally conceived. This means it does have the correct Ford pre-crossflow engine.
The engine has been overhauled in 2013, after some races in the previous years, and not raced since. This particular car has participated in the 2011 Madgwick Cup during the Goodwood Revival, and was the fastest of all participation Merlyn Mk6. The car comes with a FIA HTP in class TSRC10 (Two-seater racing car - Period F - 1962 to 1965), and is eligible for all HSCC events and many other european historic races.

If you are looking for a fast and entertaining racecar, which is easy to maintain and not too expensive in running costs, then this Merlyn Mk6 is definitely a car to look at. It may be your long awaited entry ticket for the Goodwood Revival, and it will offer huge fun during trackdays or historic races. It is almost unbelievable that his car is now 50 years old, as it still guarantees a thrilling drive. This delicate driving machine is now looking for a new owner, and is ready for viewing at our premises.

Blackmoney Racing offers this stunning project to finisch. The best base you can find.