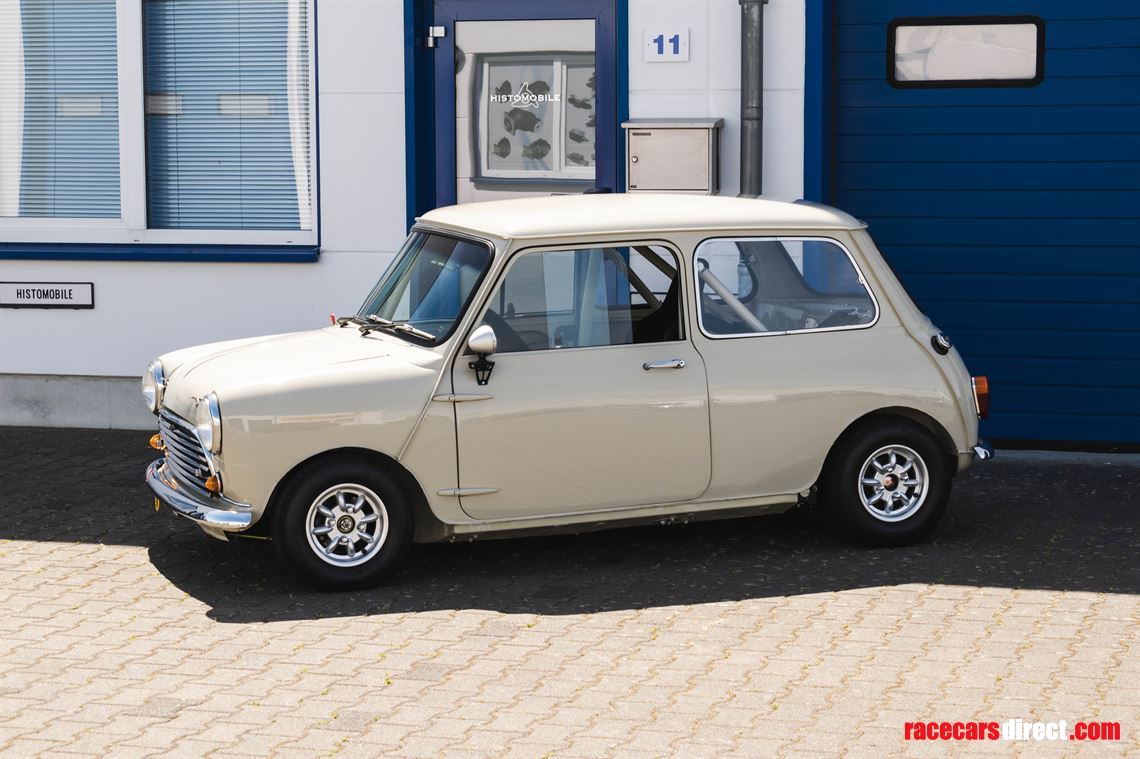 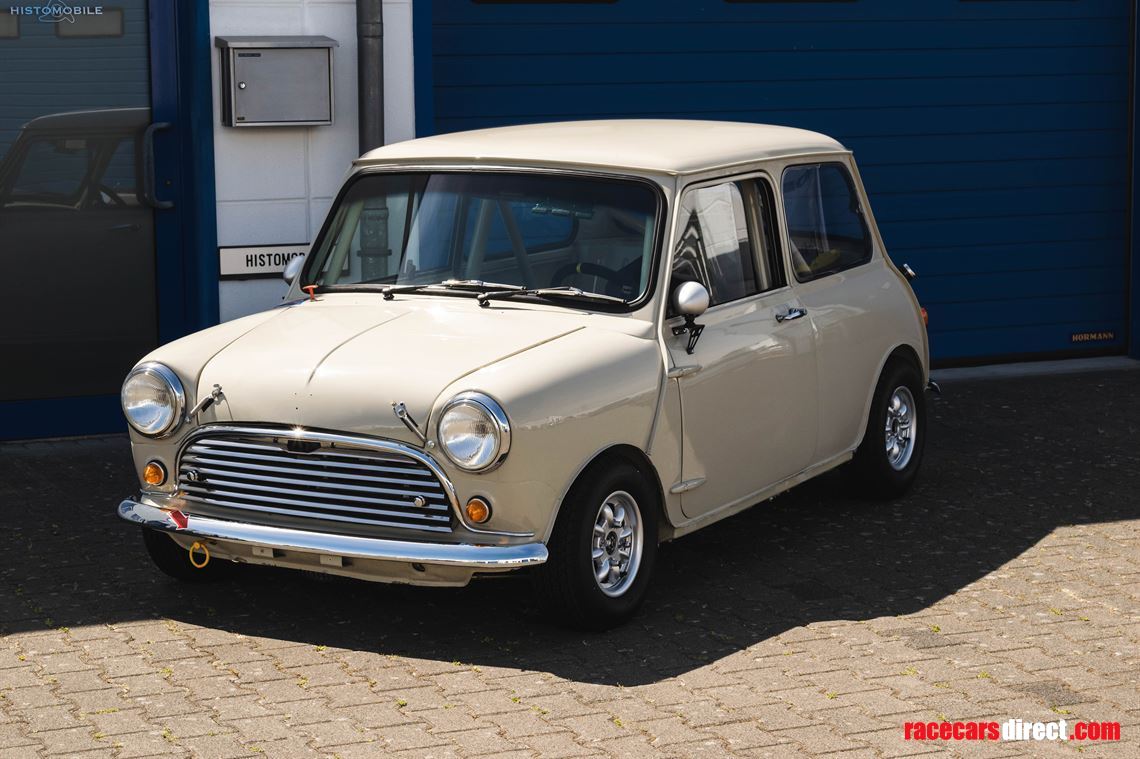 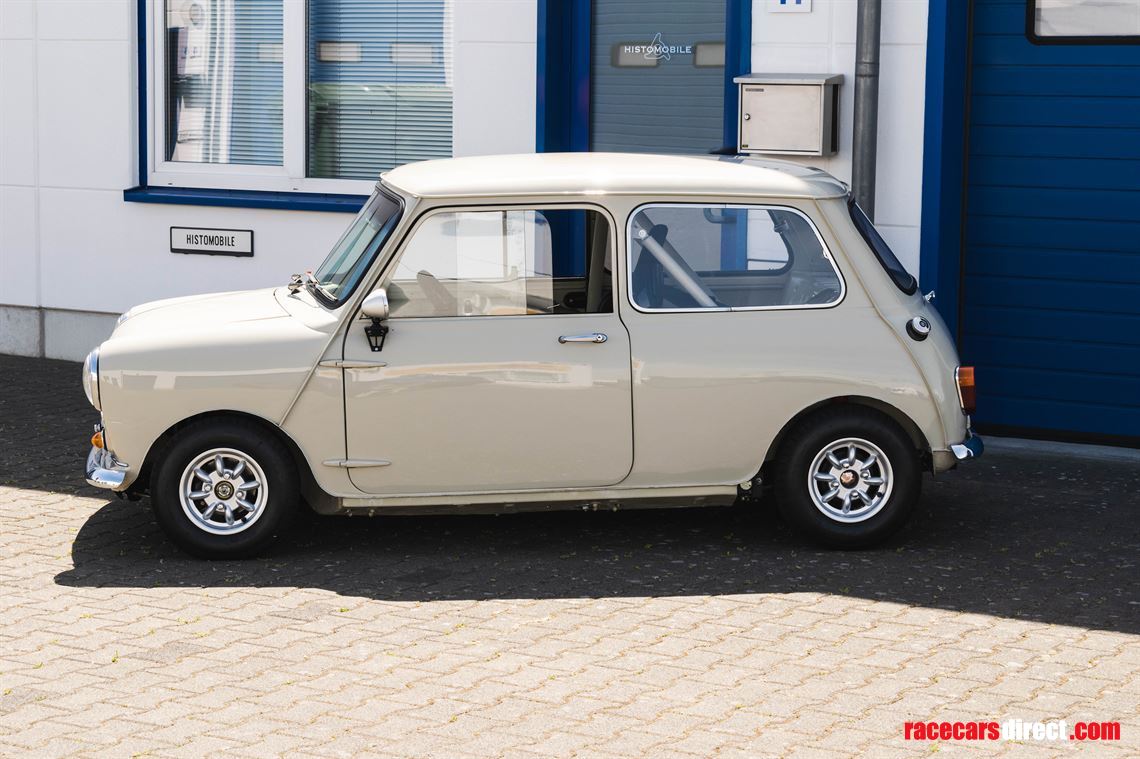 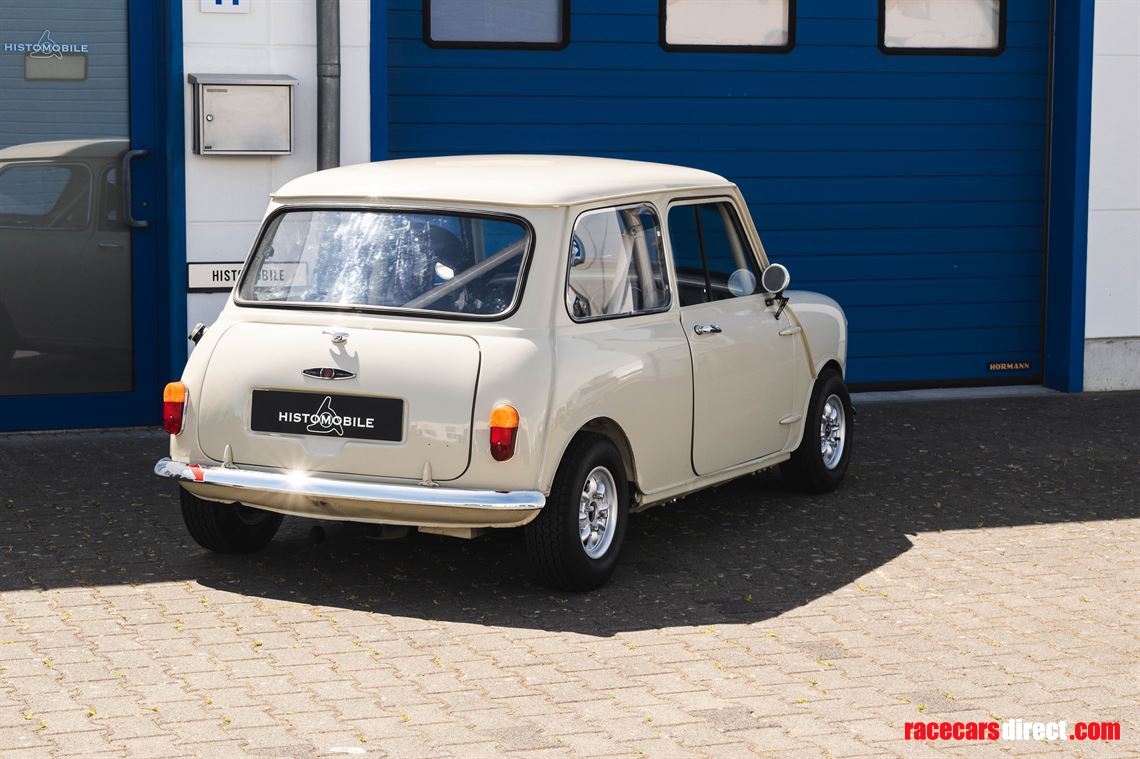 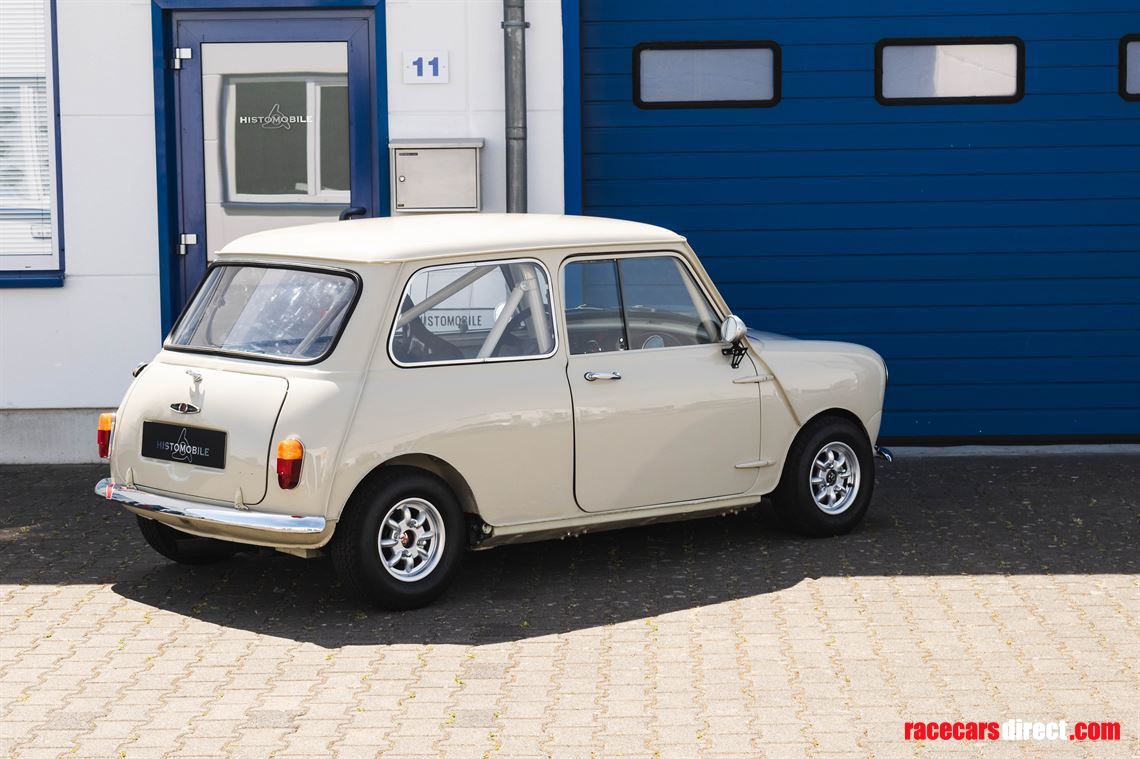 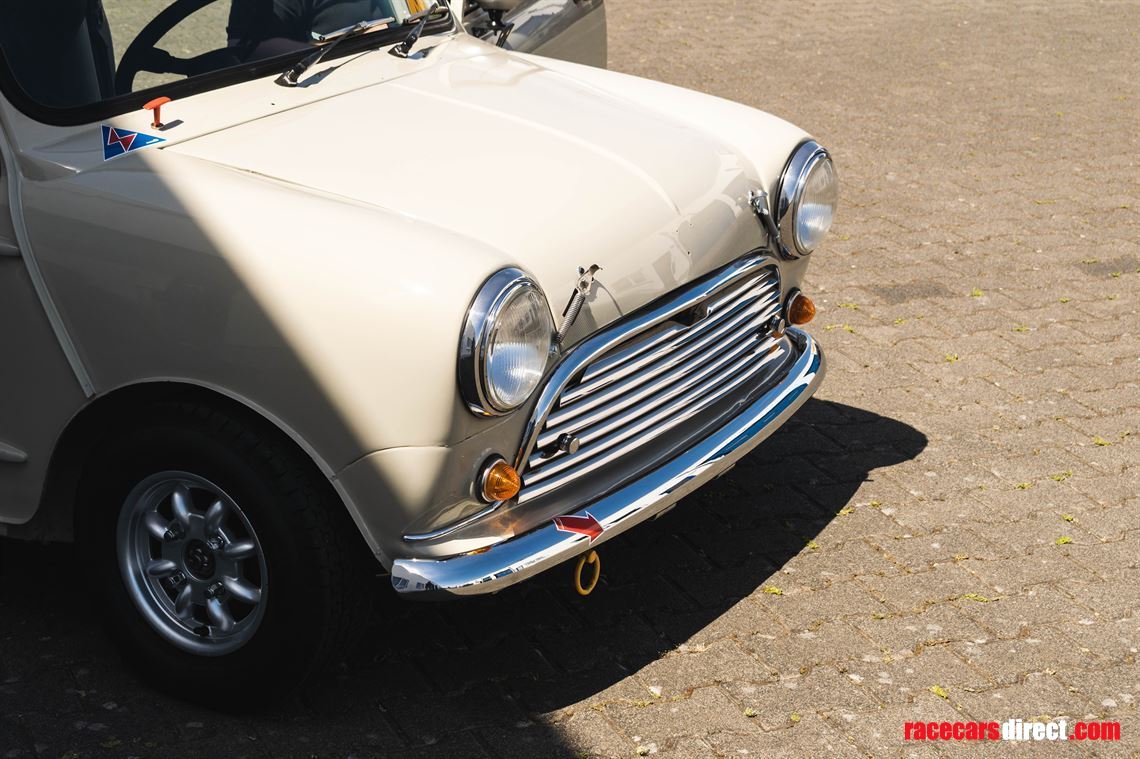 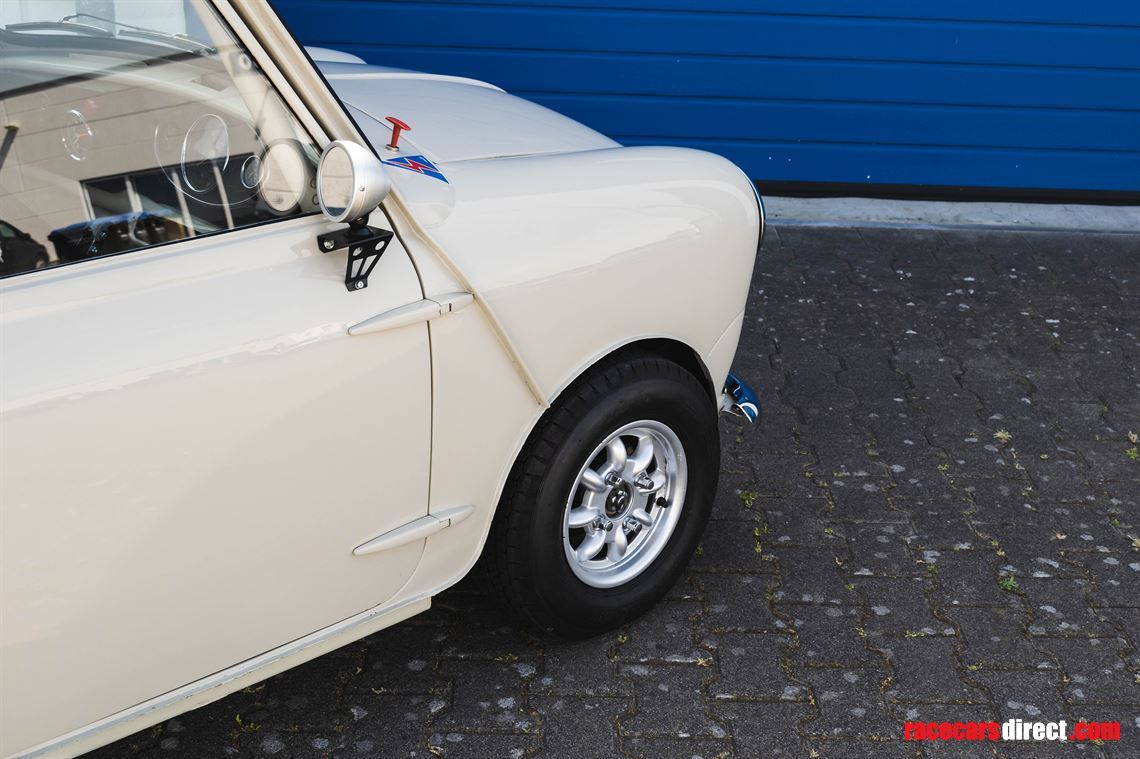 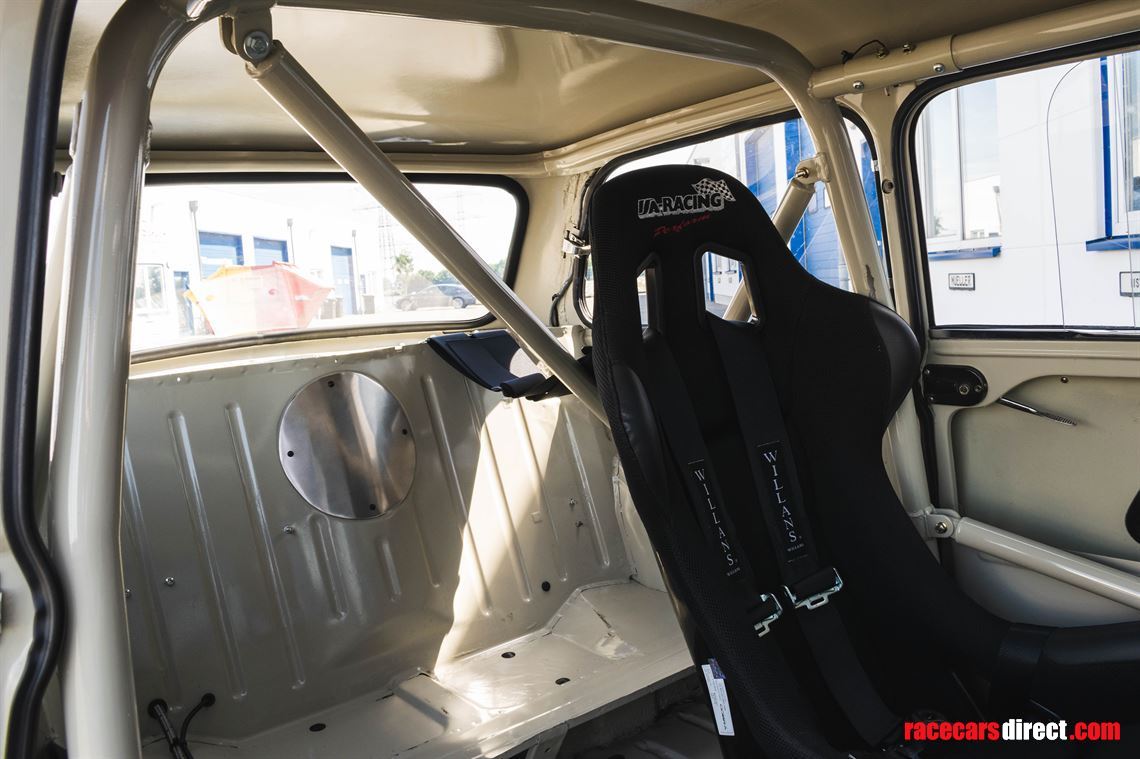 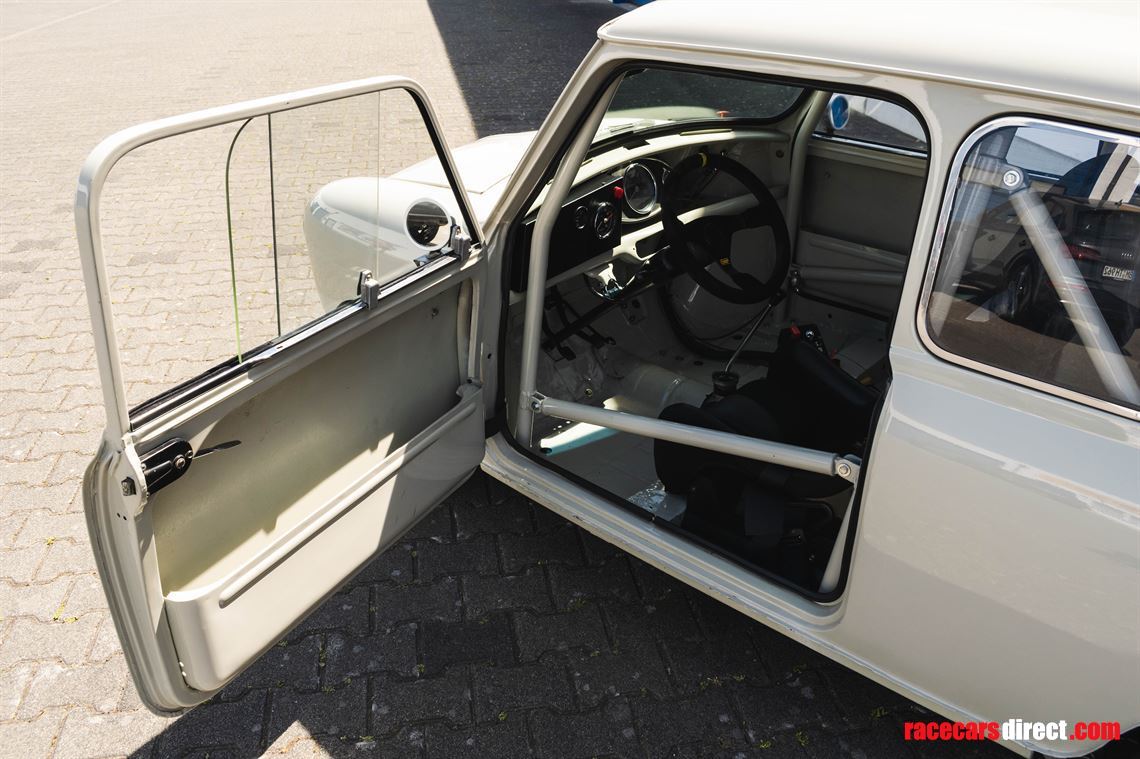 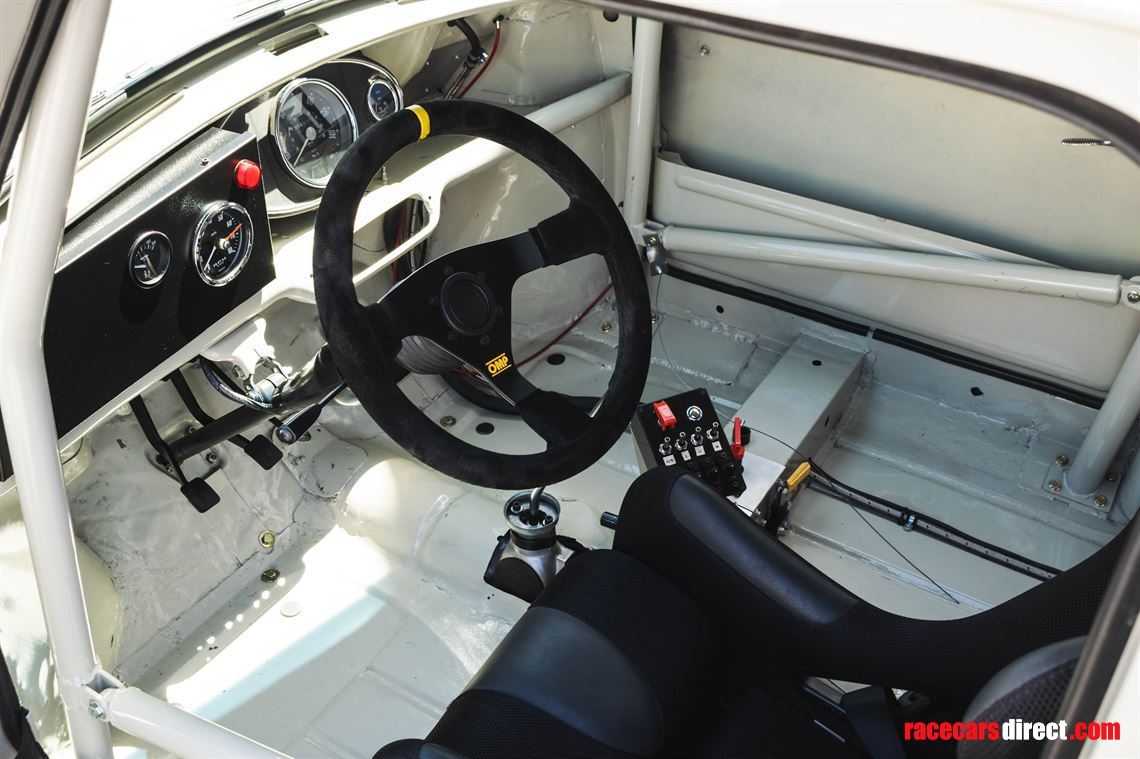 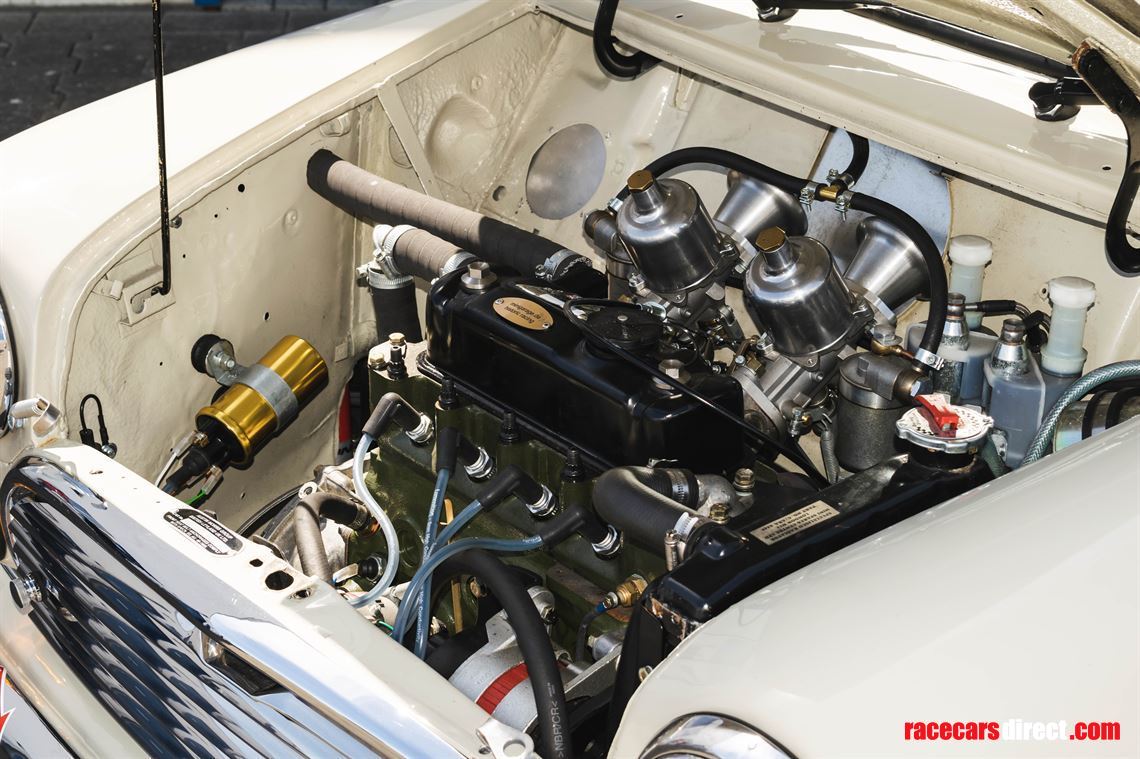 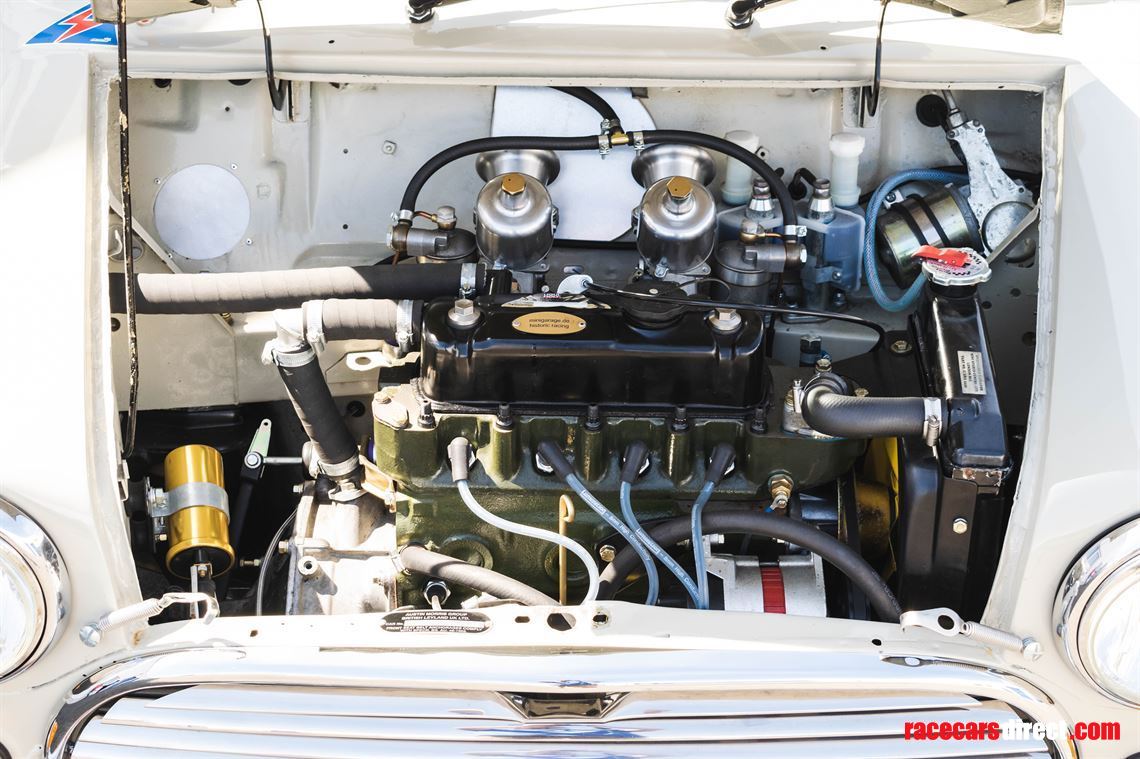 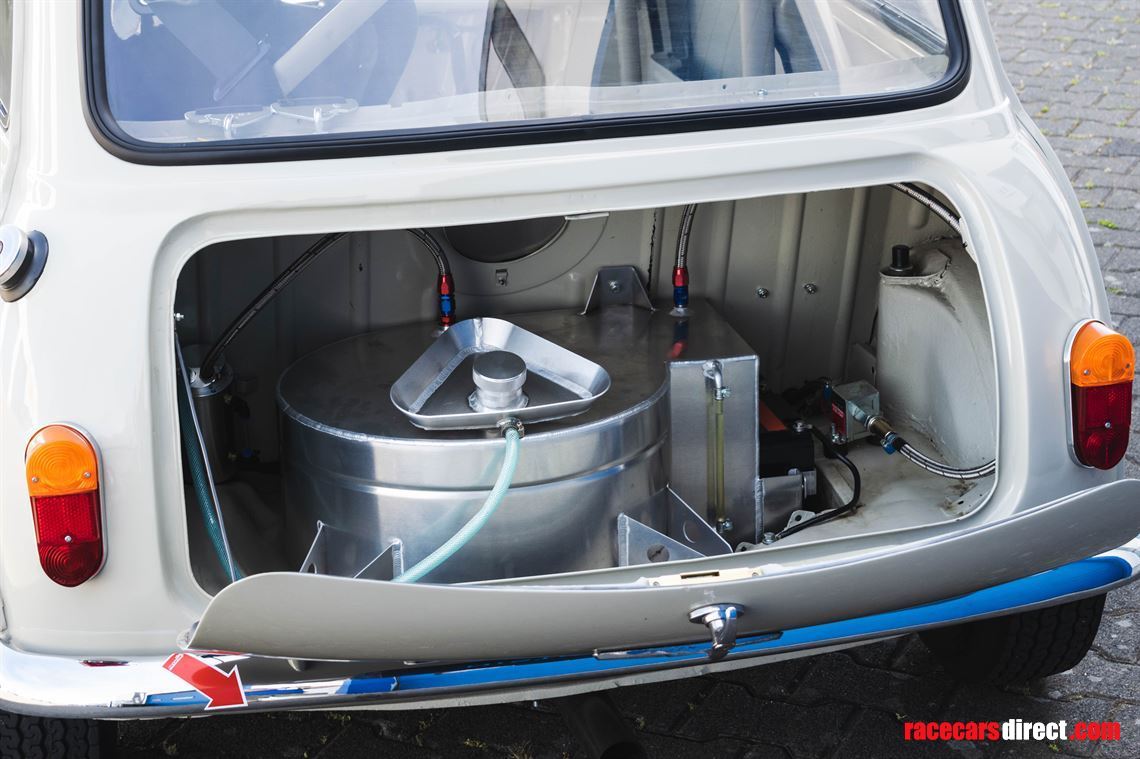 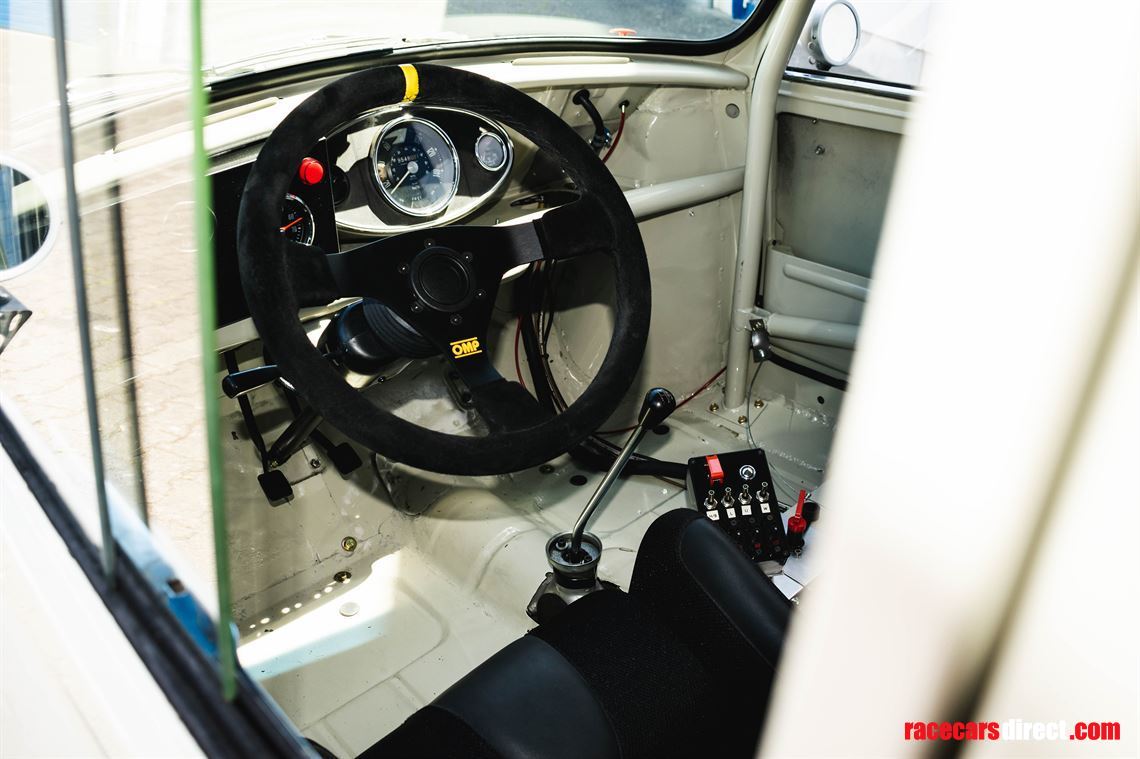 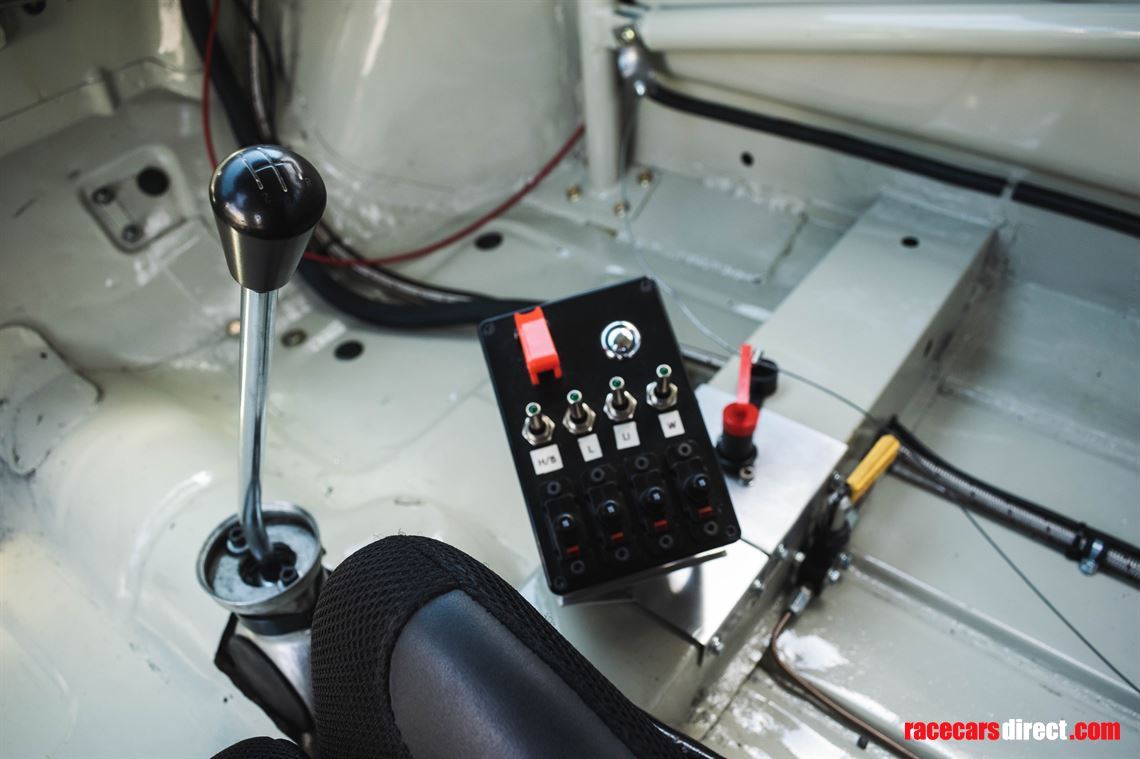 This Morris Mini Cooper was first owned by a portuguese owner and was, after being brought to Germany, carefully build into a historic racing car.
The car was build consequently according to appendix K regulations and therefore is allowed to start in racing series such as Masters, FHR, Spa Six Hours, U2TC, et al.
Engine (1.293 ccm) and gearbox were newly revised by a well-known company and have since only been used in on-track test drives.
While being restored, the car had been completely un-painted and received a new paint job, including its roll cage.
All bills and the original vehicle registration certificate are on hand.
The HTP has been issued in 2019 and the Mini has been set up for the upcoming season.

Including multiple tie down points inside / out