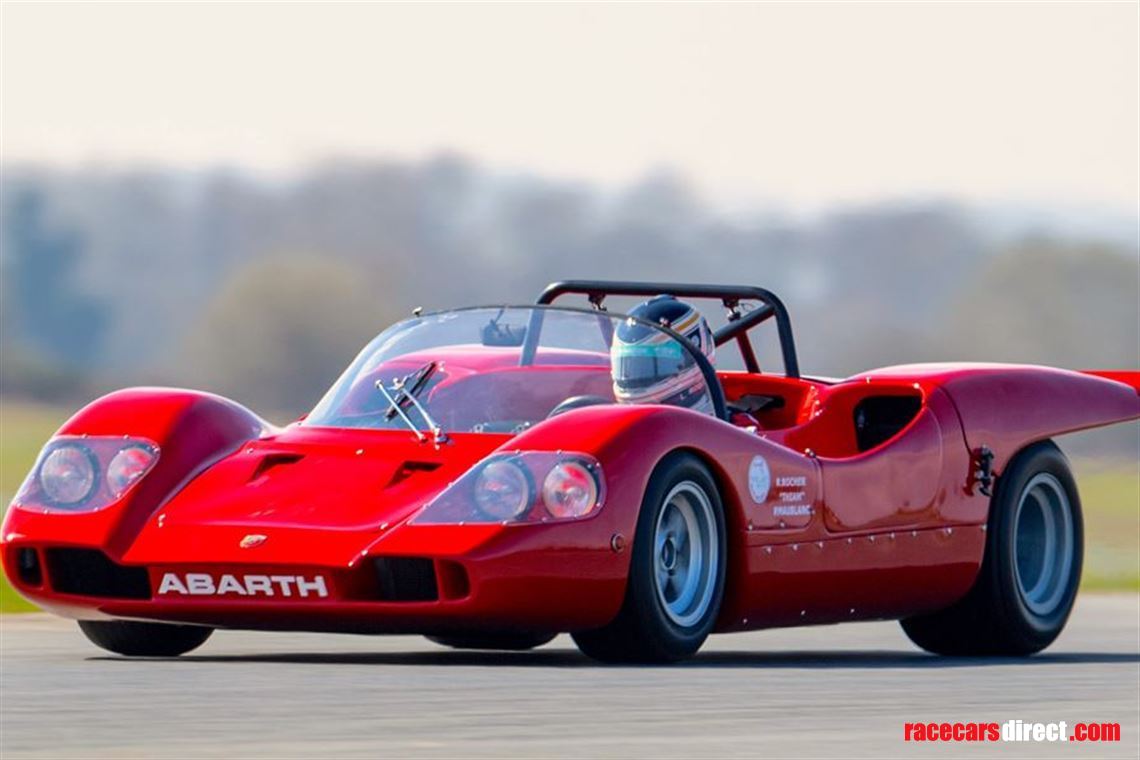 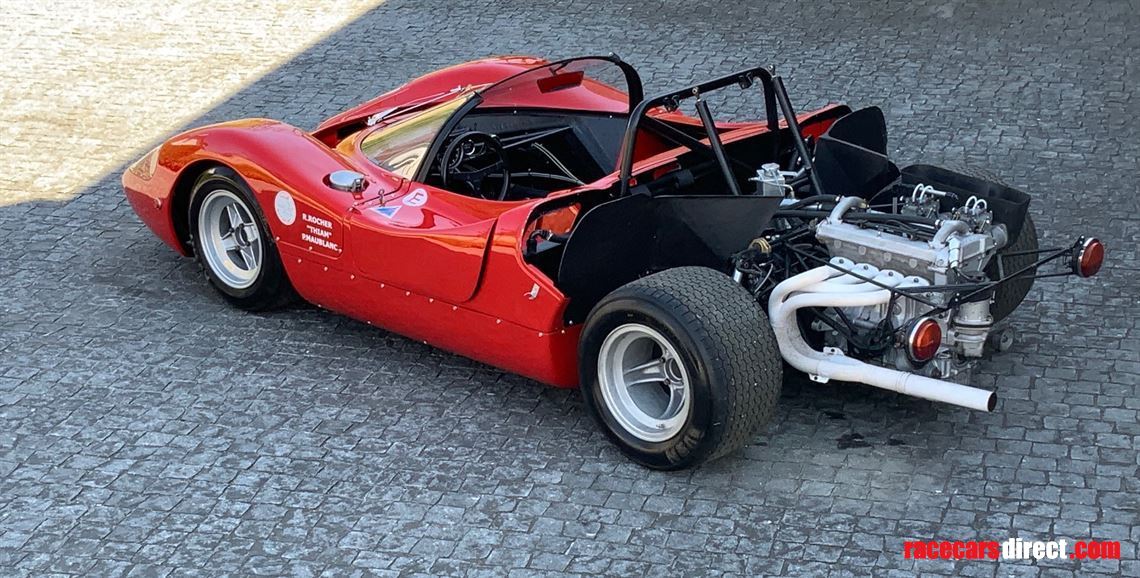 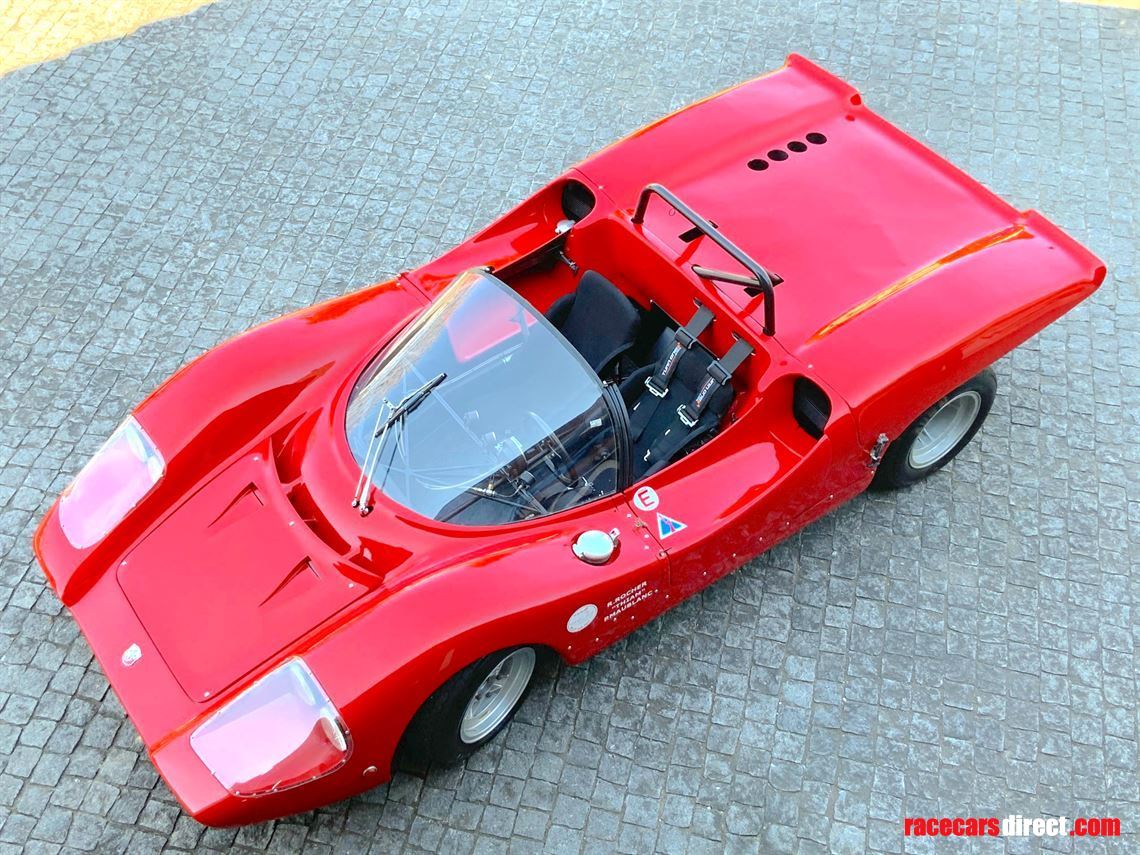 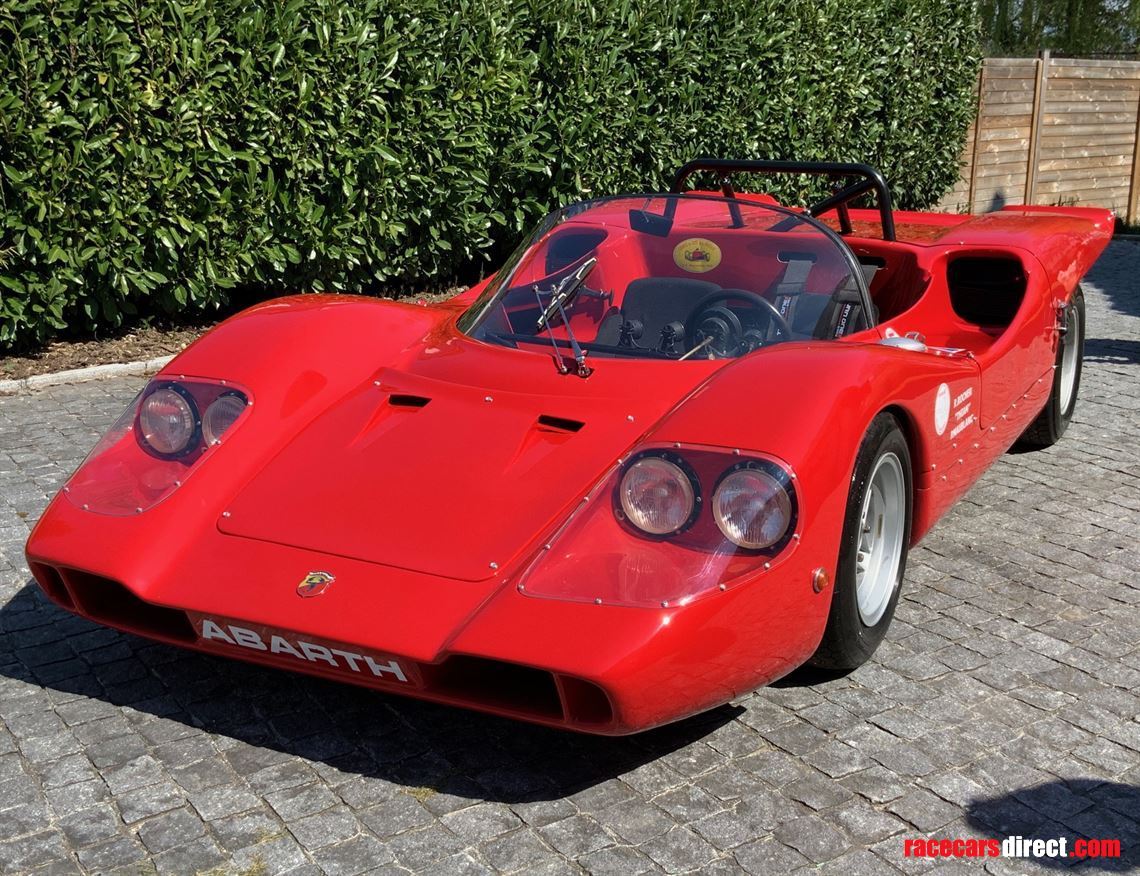 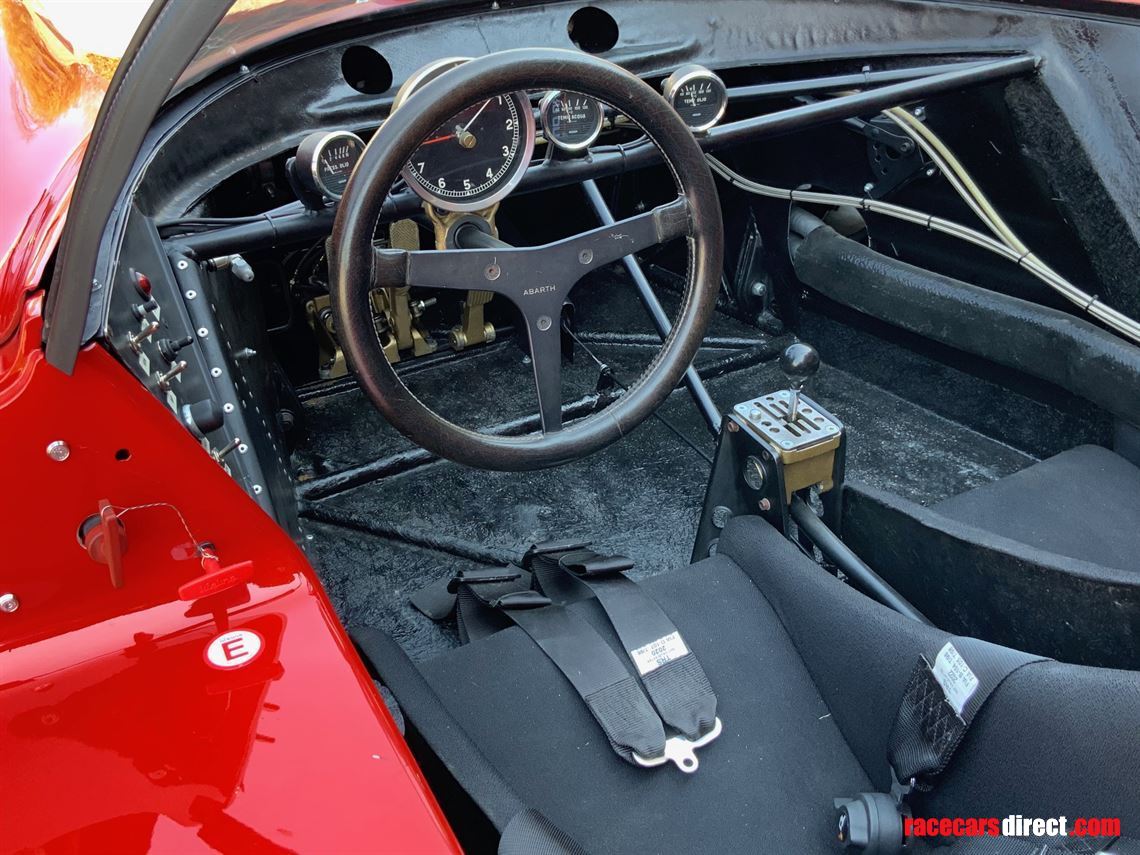 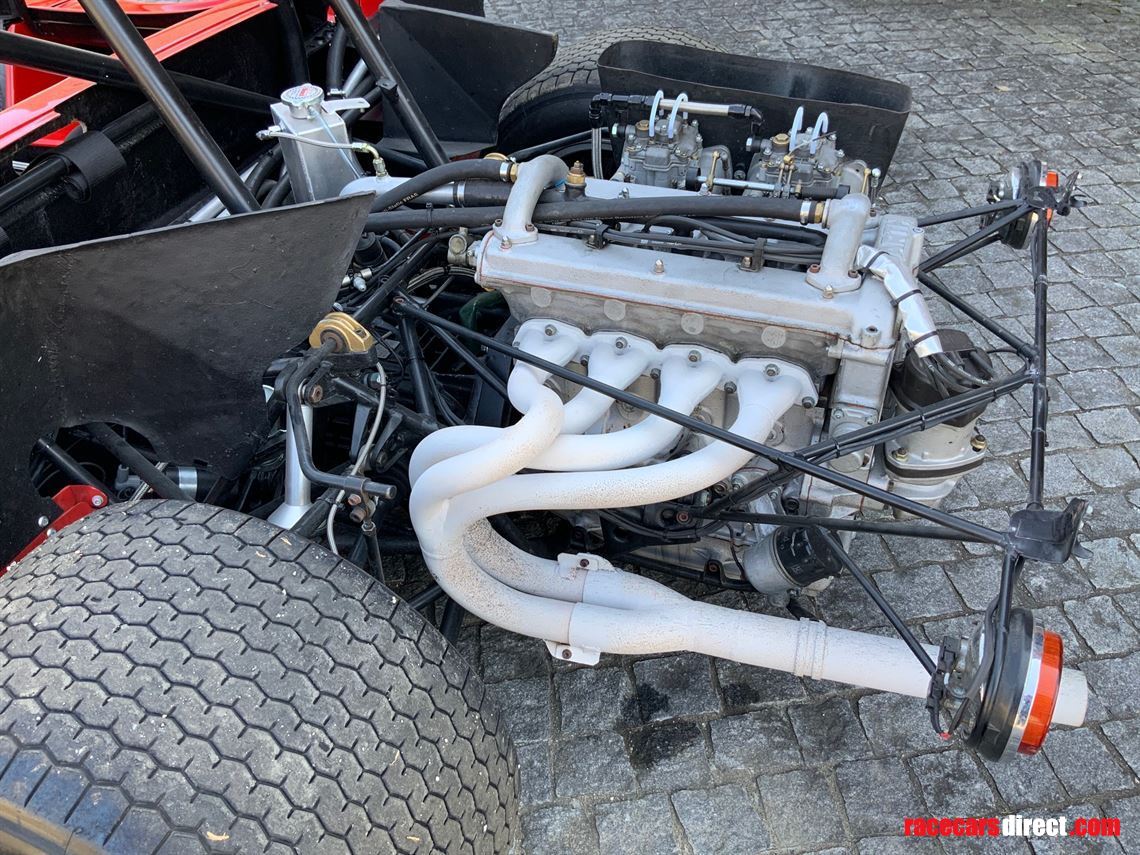 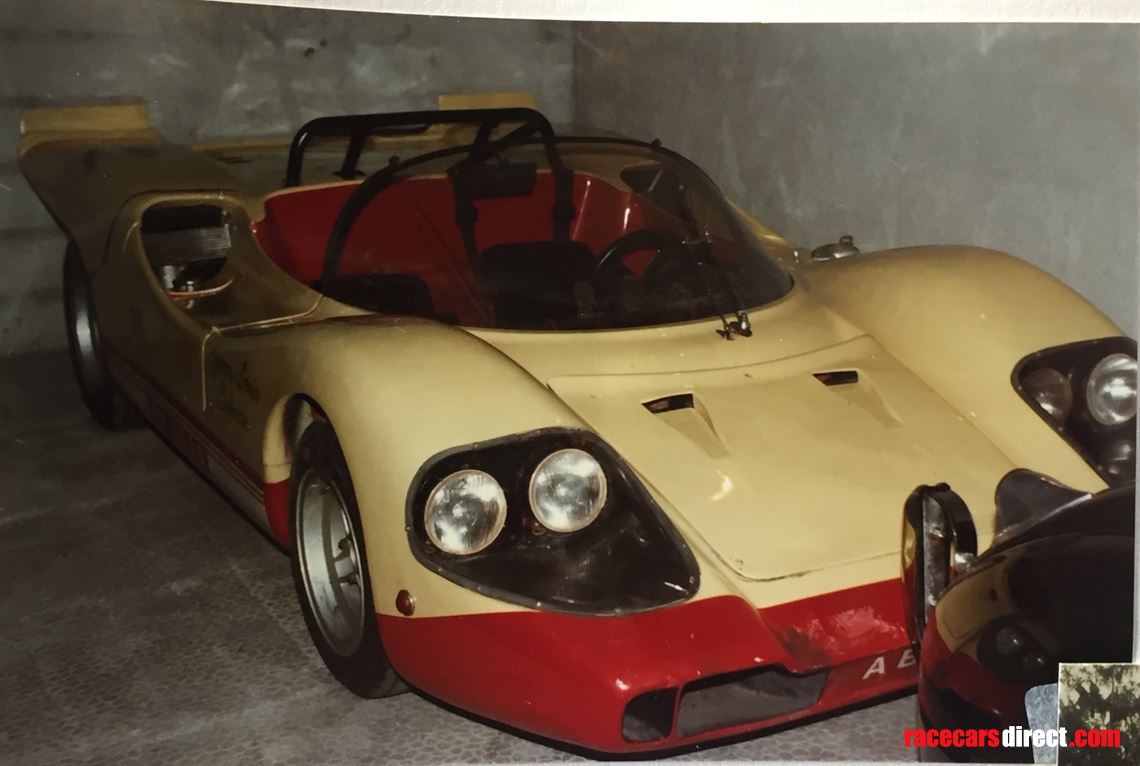 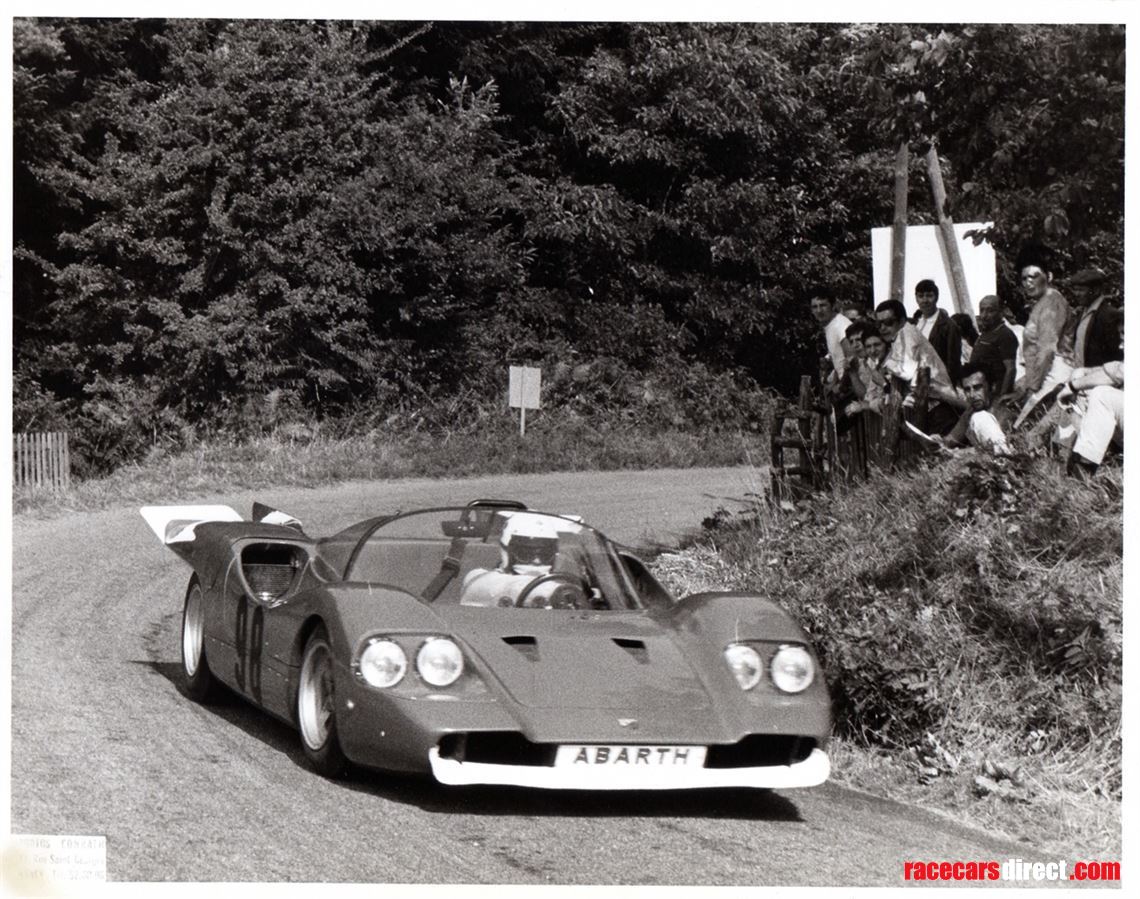 Ever since its creation and before being taken over by the giant Fiat Auto, the Abarth brand has always had racing written into its DNA. Its founder, Carlo Abarth, started producing car components, and in particular exhaust pipes, in the 1950s to finance his racing programmes. The emblematic racing cars associated with Abarth  include the Fiat 500 and Fiat 750, which were made lighter and then pushed to their limits. There are also a number of prototypes, including the Abarth 2000 SE 010, which was created before Abarth became Fiat's racing department.

The development of Sport 2000 - the call of the race-track

At the end of the 1960s, Abarth was competing on all fronts. Between 1967 and 1968, the firm was facing a 50% drop in sales. The idea was therefore to ramp up their efforts to show themselves on circuits and other events organized all over Europe. Carlo Abarth knew that the future of his firm depended on customer racing, producing cars for gentleman-drivers. Even if they did not bring in too much money, these potentially numerous sales could become an important communication tool.

With the new Sport 2000, Carlo Abarth took off in two directions. He developed the OT series, with a sheet metal frame and rear overhang engine, and also launched another series with a tubular frame and a central engine.

In the end, the Abarth technicians chose a compromise with a tubular chassis and a rear overhang engine. The new model that emerged from from this synthesis was the 2000 Sport Tipo SE 010. The fact that the SE 010 was intended for homologation in the Group 4 category was shown by the large windshield, compulsory for sports cars. Initially, 25 cars were produced, and over 25 others were assembled subsequently, without it being possible to know the precise production details. Over the years, the SE 010 took on many different aesthetic formats: short bonnet, long bonnet, small or large central roll bar, etc. ... The Abarth 2000s were constantly changing, sometimes due to the modifications made by the owners themselves.

The SE 010 was fitted with the famous 2000 four-cylinder 16-valve engine already used in the 2000 Sport SE 04 / FB in 1967. It was a two-litre engine with two Weber double-barrel carburettors and two overhead camshafts. Lubrication was dry sump. The power delivered was 250 horsepower at 8,000 rpm.

The frame was also derived from the SE 04/FB, but it was simplified and reinforced with fibreglass panels. The new, wider, front of the car adopted a new solution with four headlights.

The “four headlights” (Quattro Fari) sets out to conquer the track

The new Abarth made its racing debut on April 7, 1968 at the hill climb race at Ampus in southern France. The Abarth 2000 SE 010 won and broke the previous record for the event. Peter Schetty took advantage of the very light weight of the car, with its chassis weighing only 47 kg and a declared total weight of 575 kg. The weight distribution was then 38/62[i]. Peter Schetty got up to 200 km/h in the section through the undergrowth. After his feat, the driver said: "The sun bothered me for a whole kilometre as I came out of Lentier and twice some stones that the cars ahead had thrown up onto the roadway prevented me from taking the best trajectory. Without that I’d have got under 4 minutes. The record can be broken again by a powerful machine and a driver who really knows the track."[ii] Three Abarth 2000s took the top three places, with Pierre Maublanc coming second and Eris Tondelli third.

Carlo Abarth was galvanized by this first success and decided to officially enter a car for several races. In particular, on April 21, 1968, he had a shot at the Stallavena Boscochiesanuova, another famous hill climb race held in Italy. It was a new victory. Peter Schetty broke the previous record by 19 seconds. In 15 days, the 2000 SE 010 received an upgrade to its suspension, new rear wheels that were 9 inches wider, and a more streamlined body.

Another success followed a week later in the climb from Pieve Santo Stefano to Passo Dello Spino. Fierce battles with other drivers followed one another in May, then throughout 1968. With its 100-litre tank and its Group 4 approval, the Sport 2000 was not just a car designed for hill climb racing. Its future was also bound up with endurance racing. That was why, in September 1968, Abarth entered three cars for the 500 km of the Nürburgring, driven by Shetty, Ortner and Merzario. The three drivers monopolized the podium. It was a triumph that has become a legend, proving the versatility of the 2000.

The fame of the Abarth 2000 SE 010 is in large part due to its long career and its victories. But it is also and above all its popularity in the world of models and small cars that has brought it so well down the ages. Replicated as a scale model, the SE 010 “Quattro Fari” quickly became one of the most recognizable sports-prototype cars of the 1960s.

During its racing career, it was mainly entered for various hill climb races. First by Finkel, then by Pierre Maublanc and even by Michel Pignard of the MAUBLANC RACING team.

Throughout its many years in family ownership, the Abarth being offered for sale received regular maintenance. In particular, an overhaul of the engine, gearbox, carburettors and running gear was undertaken in 1986. Photos of these different operations are included in the large file on the car. At the same time, the Abarth, which had been yellow at the time of its acquisition ten years earlier, was painted red.

During the following years, this Abarth 2000 SE 010 was regularly used during historic and track day events. The track outings were immortalized and the photos taken at the time are preserved in a photo album kept by the car’s owner when he was only a child but already a real enthusiast.

After his father’s death, he decided to entrust the precious Abarth he had inherited from his father to the French workshop Wassermann Racing Services for restoration and to enter the car in his turn for historic events. The restoration work was extensively documented by a large number of photos. The car was completely restored, starting with the chassis. The engine was overhauled, together with the gearbox and the running gear, and the electrical circuitry was redone. The body was also restored. Being a very rare specimen given its originality and its history, the Abarth 2000 SE010 # 18 kept all its original parts. Indeed, the restoration was carried out with a view to conserving the parts. Only the parts subject to wear in the engine and the gearbox, with the brake pads, etc. were replaced. The work began in 2016 and was completed in the summer of 2017.

Invited to participate in the prestigious Historic Hill Race of Ollon-Villars in Switzerland, the Abarth 2000 SE010 thus once more lined up at the start of a historic event in August 2017. Its owner then participated in the “Montée des Légendes du Col de la Faucille” in 2018. It also featured in an article in the French magazine Échappement Classique (issue 90 of September/October 2018) with the French driver Lionel Robert at the wheel.

The Abarth 2000 SE 010 chassis SE / 010/0018 represents an opportunity to acquire a car whose history and traceability are indisputable, with the car having been kept within the same family since 1976. As it has undergone a complete restoration with great care being taken to preserve its originality, it is in a perfect state of presentation and operation. It is being sold with its FFSA passport, together with its FIA Historic Technical Passport, valid until 2026. The file, including many vintage photos and the purchase invoice dating from 1976, is very extensive. An Abarth 2000 SE 010 is thus being put up for sale for the first time in more than forty years ... in other words, this is a rare opportunity for enthusiasts of the Abarth brand and collectors of cars whose authenticity is rock-solid!

Nice looking Racecar with the possibilities to be on the podium.

Exceptional car from the golden years of Abarth!