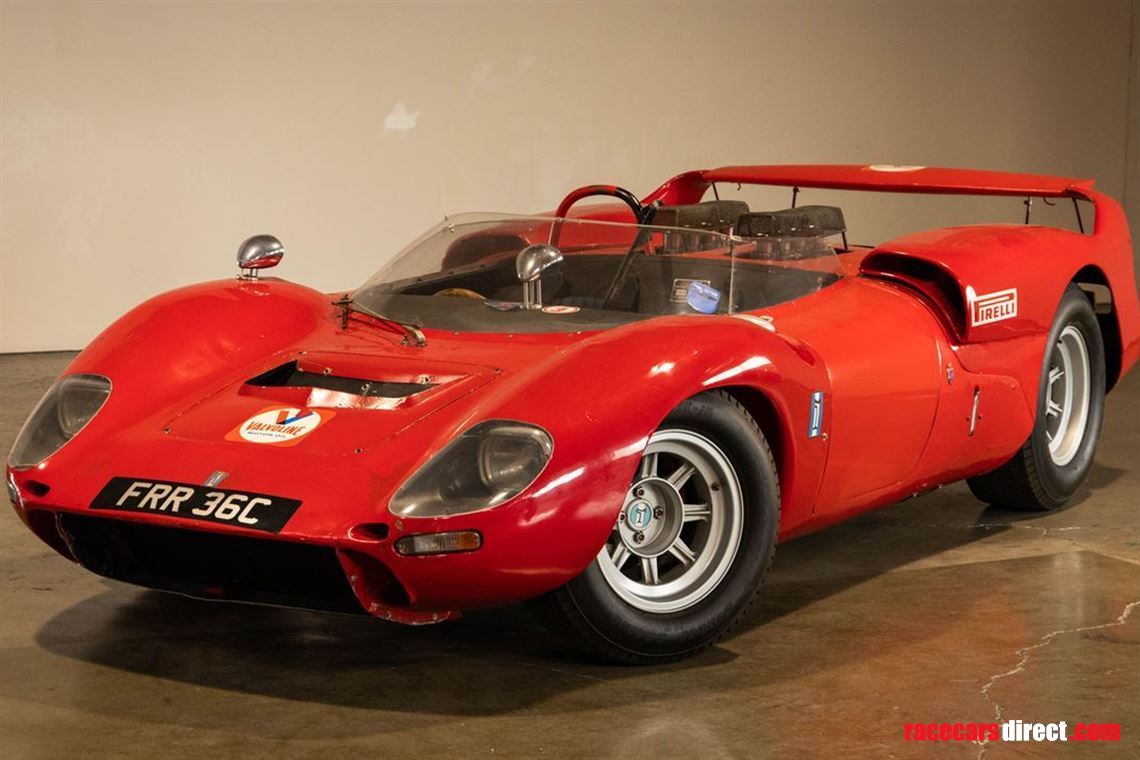 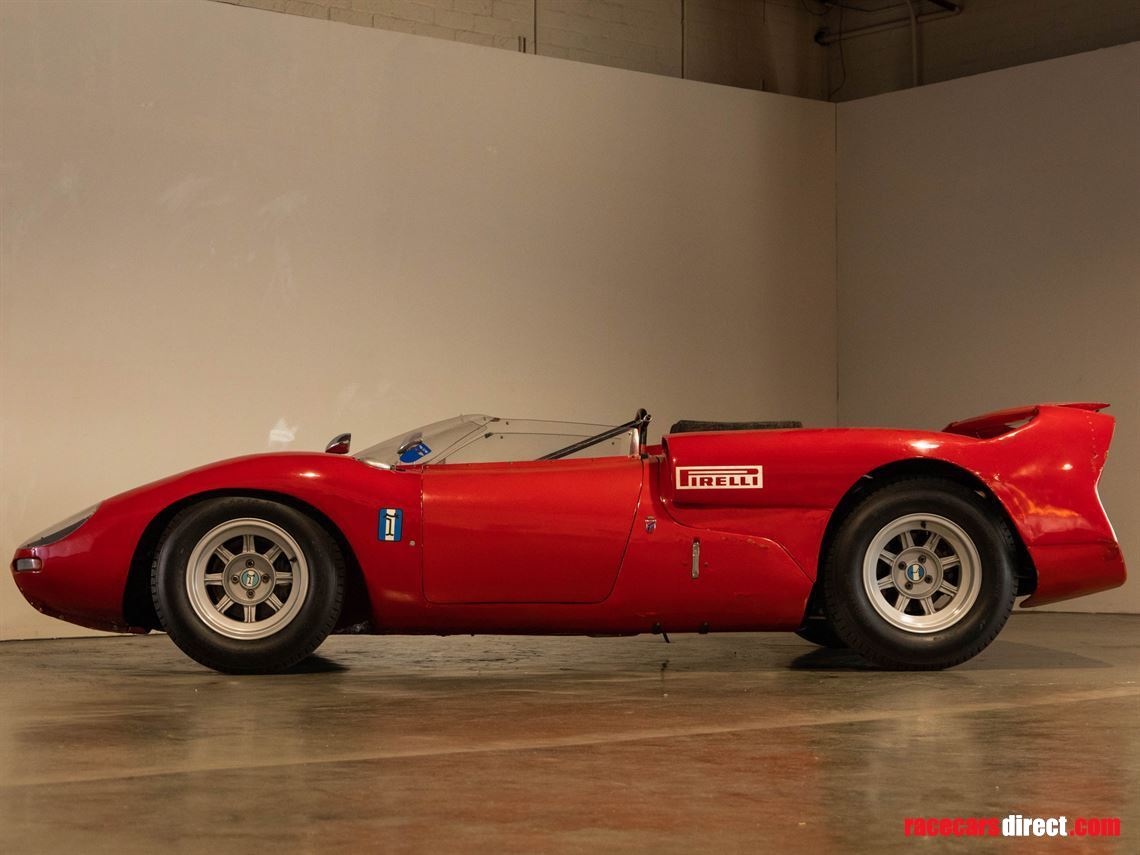 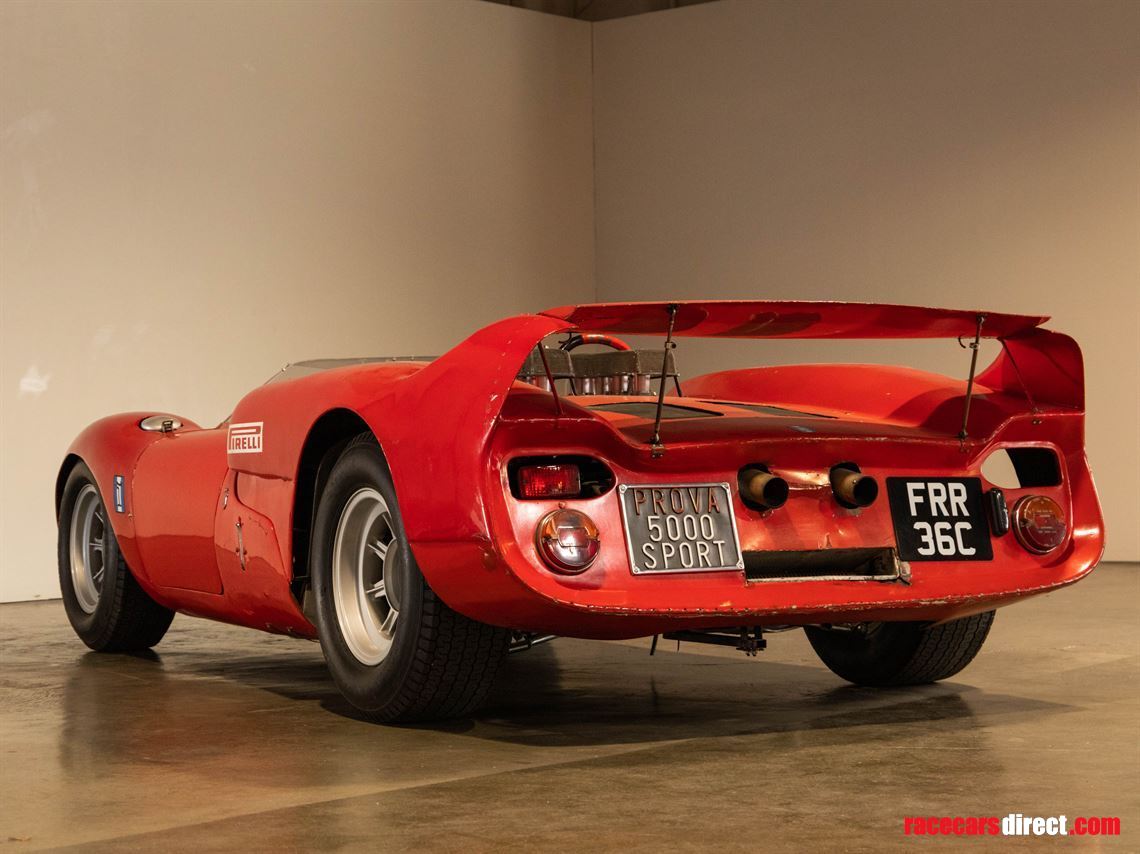 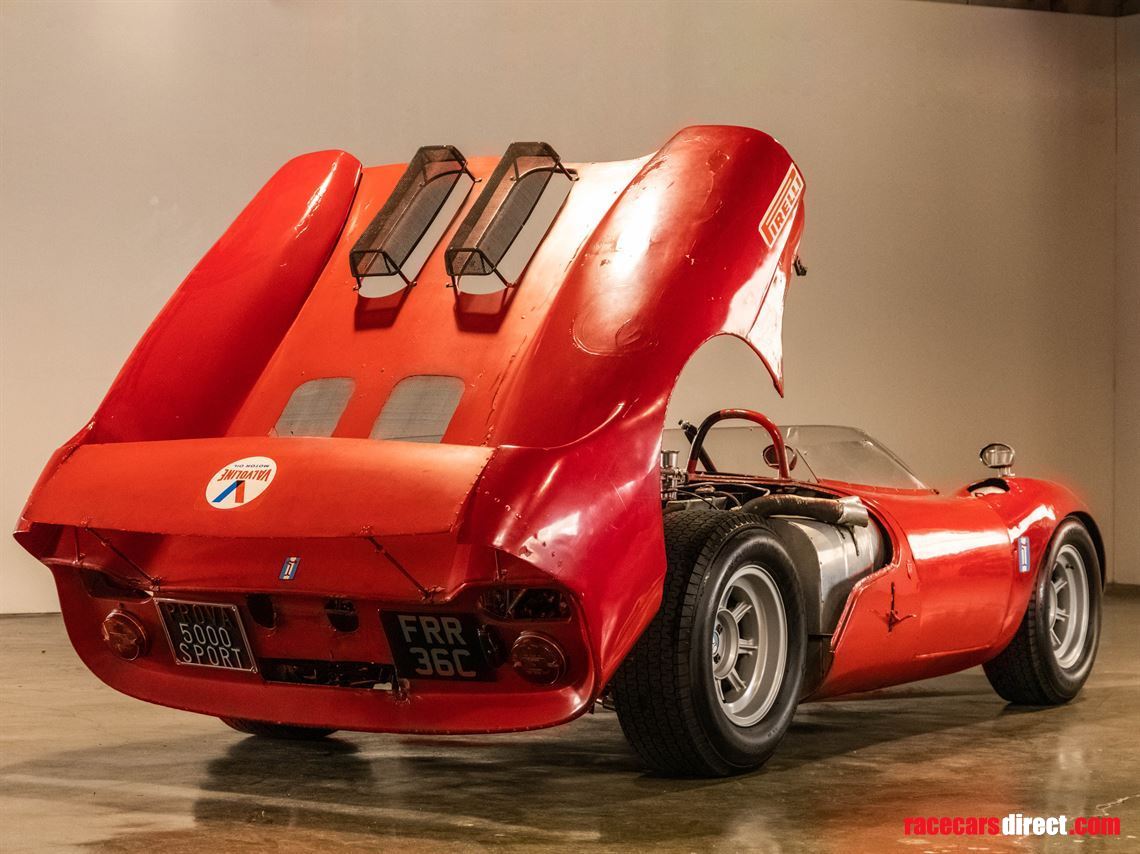 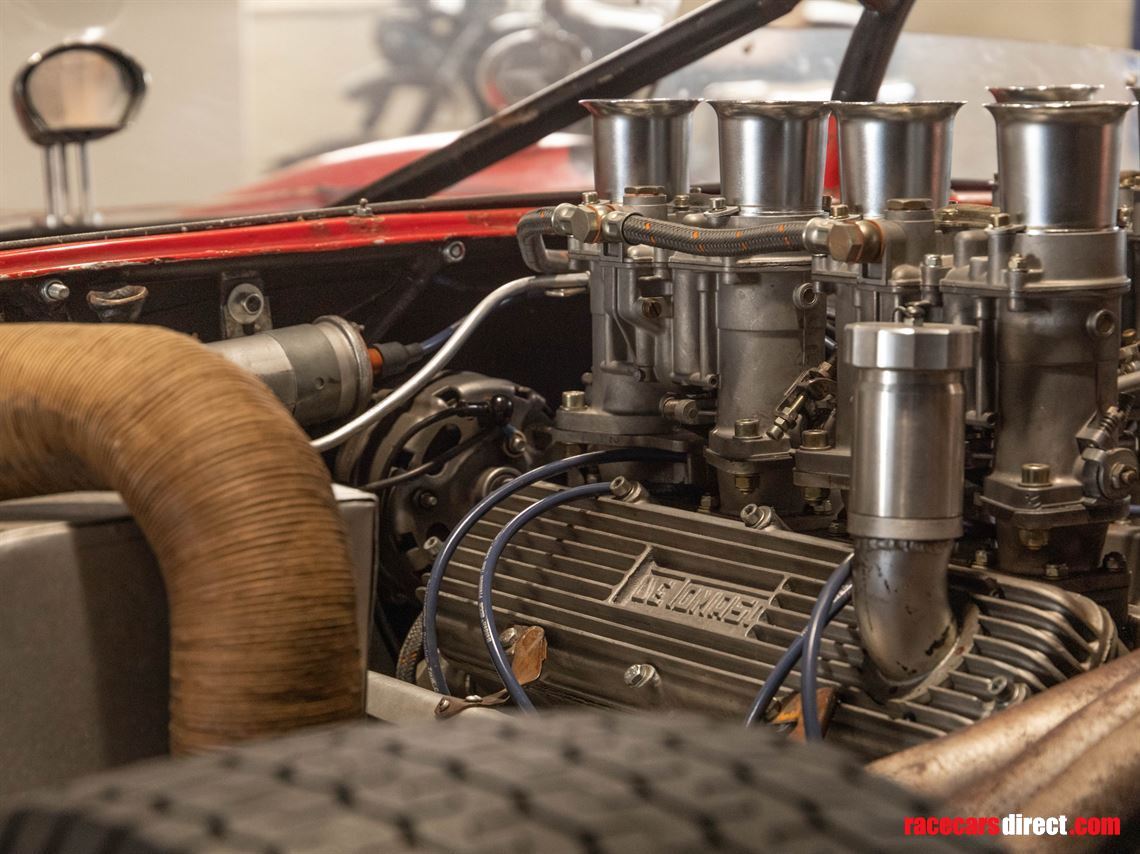 Cars International Heritage have great pleasure in presenting this unique one-off project - a collaboration between Carroll Shelby and de Tomaso designed by Peter Brock, completed with assistance from Ghia, even today it remains in a totally original time warp ‘as built’ condition.

Featured on the cover and in an article of the March 1966 issue of Road & Track magazine referred to the new design as the "Ghia DeTomaso", a brand-new racing car that was unveiled in the fall of 1965 at that year's Turin Motor Show. The author of the article revealed an ambitious racing program in Europe as well as in the newly created Can Am challenge.

At least ten cars were planned to be produced with the prospect of another forty were planned for later in order that it could meet the FIA's homologation requirements for it to qualify in the GT class. Despite the good intentions this was the last the world ever saw of the V8 engined DeTomaso racer and this, the lone prototype was quietly retired to a corner of the factory where it would remain until de Tomaso’s death in 2004.

With massive involvement from Carroll Shelby and his lead designer, the legendary Peter Brock, this design was as good looking as it was carefully engineered to give unparalleled performance. Many have guessed Shelby believed this new V8 engined DeTomaso could be a possible replacement for the aging Cooper based King Cobras. In any case, Shelby and Brock certainly took the project seriously putting an amazing amount effort and energy into the Sport 5000. Shelby asked Brock to pen a roadster body for the new DeTomaso racing car and the finished designs were sent to Italy to be turned into aluminum.

Brock worked alongside Medardo Fantuzzi in the Fantuzzi workshop. The result was a aerodynamic low body, dominated by a large rear wing controlled by driver for variable aerodynamics and featuring full doors to make it eligible for GT racing. The Sport 5000’s name was derived after its 5-litre engine with light alloy cylinder and featuring full heads, pistons and connecting rods which along with four Weber carburetors, special cam, cam timing and ignition timing allowed the small-block Ford to produce up 475bhp at 7300rpm.

In 1965 Shelby withdrew his backing of these projects due to mounting pressure from Ford corporate officials and his efforts were needed to turn the Ford GT40 into a Le Mans winner. With Shelby out of the picture, De Tomaso had to look for another backer. In coach builder Ghia he found an unlikely sponsor, which led to the car to be renamed to "Ghia DeTomaso" before the Turin debut. The car was officially completed on September 3rd. This itself is one of the more interesting ironies as it was actually built and bodied by Fantuzzi but upon completion was fitted with Ghia body badges - still present to this day.

De Tomaso subsequently modified the existing design and fielded this car as the DeTomaso Sport 5000 in the 1966 Mugello 500 km race. On the starting grid, the DeTomaso easily pulled away from a Ferrari 250LM as a result of its significantly lower weight and massive down force from the rear wing unfortunately the car retired before the end of the race and was the last time it was seen in public. Although it was entered for the 1967 12 hours of Sebring and later at the 1000km Monza in both cases the car never showed up. It then remained in storage collecting dust over the next 40 years at the DeTomaso workshops and only resurfaced publicly after Alejandro de Tomaso's death in 2004.

One year later in 2005 De Tomaso’s estate sold the car to Belgian Collector who ran the car in several historic races before it was sold to a USA based enthusiast.

Incredibly, nearly 50 years after being given its first public debut, the Sport 5000 remains remarkably well preserved and completely functional. The cars paint and livery are untouched and original as completed by Fantuzzi. The original HiPo 475bhp, 289 cubic-inch engine remains fitted, mated to the original DeTomaso designed, Colloti inspired 5-speed transaxle and is supplied with a copious history file containing historical documentation and period photographs.

Offering a unique opportunity for someone to be the new custodian of this unique piece of 60s racing history.

One drive still available for the Walter Hayes Trophy this year !