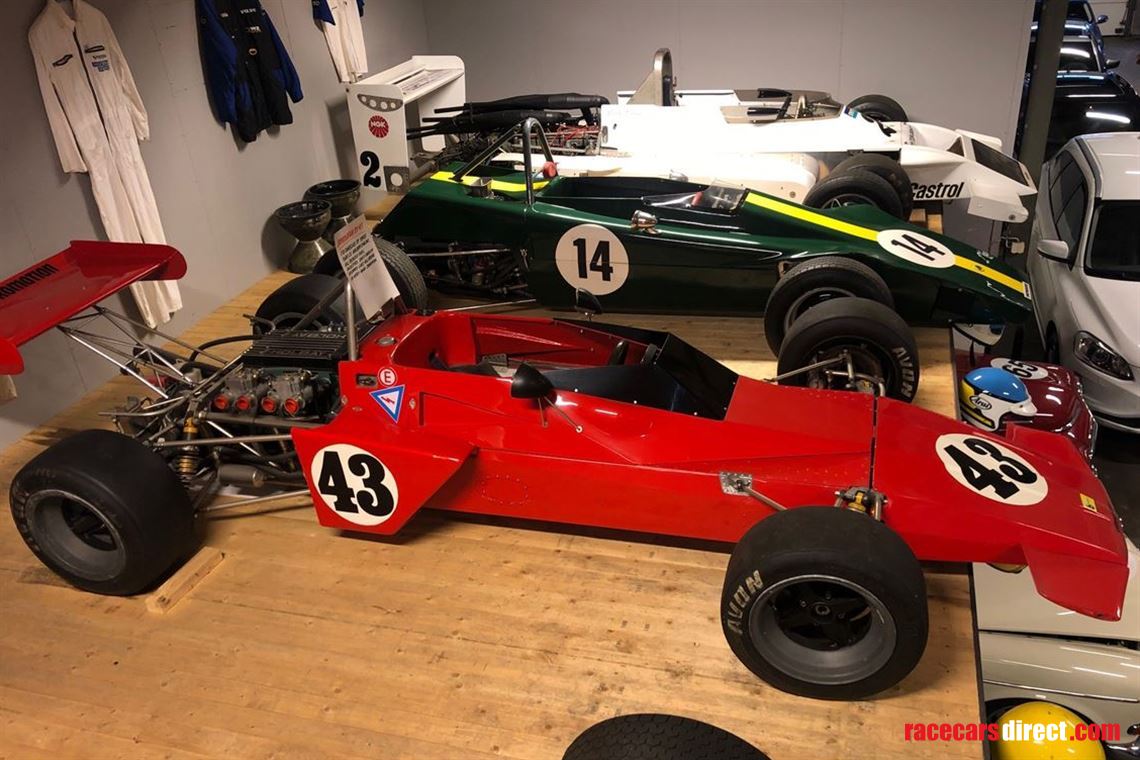 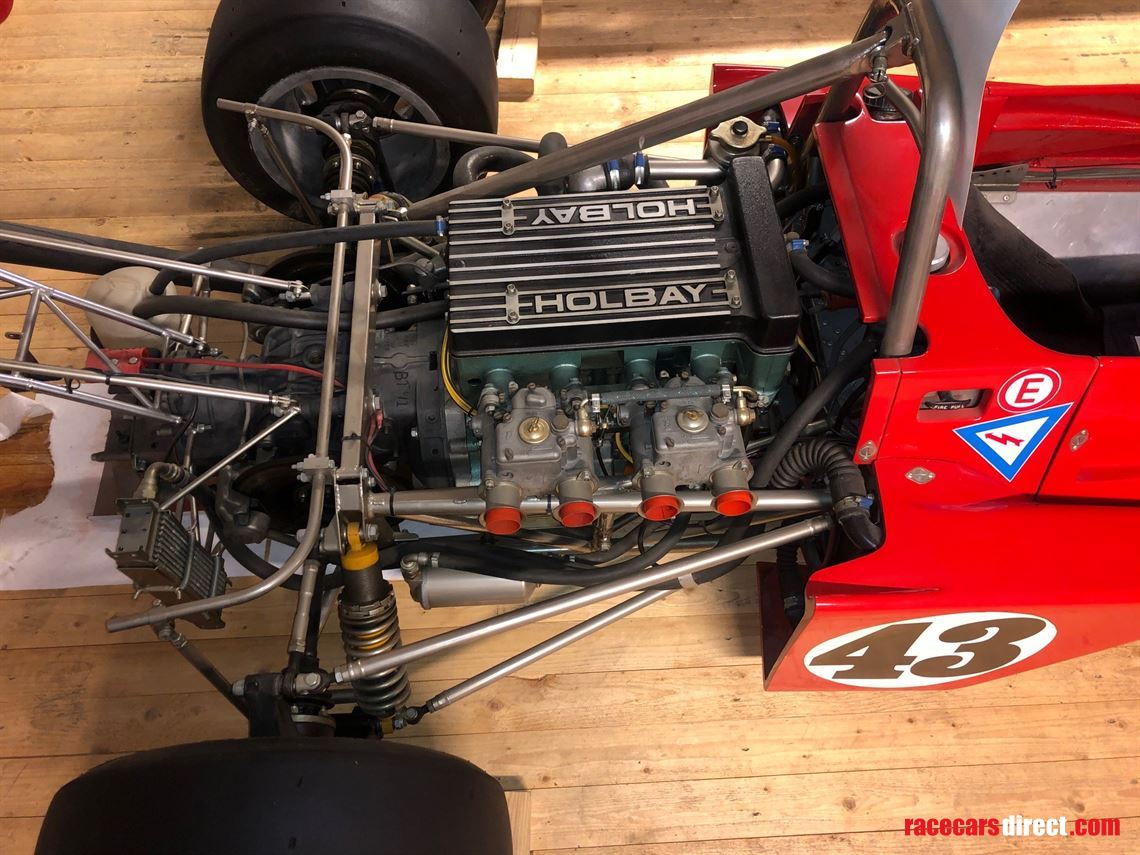 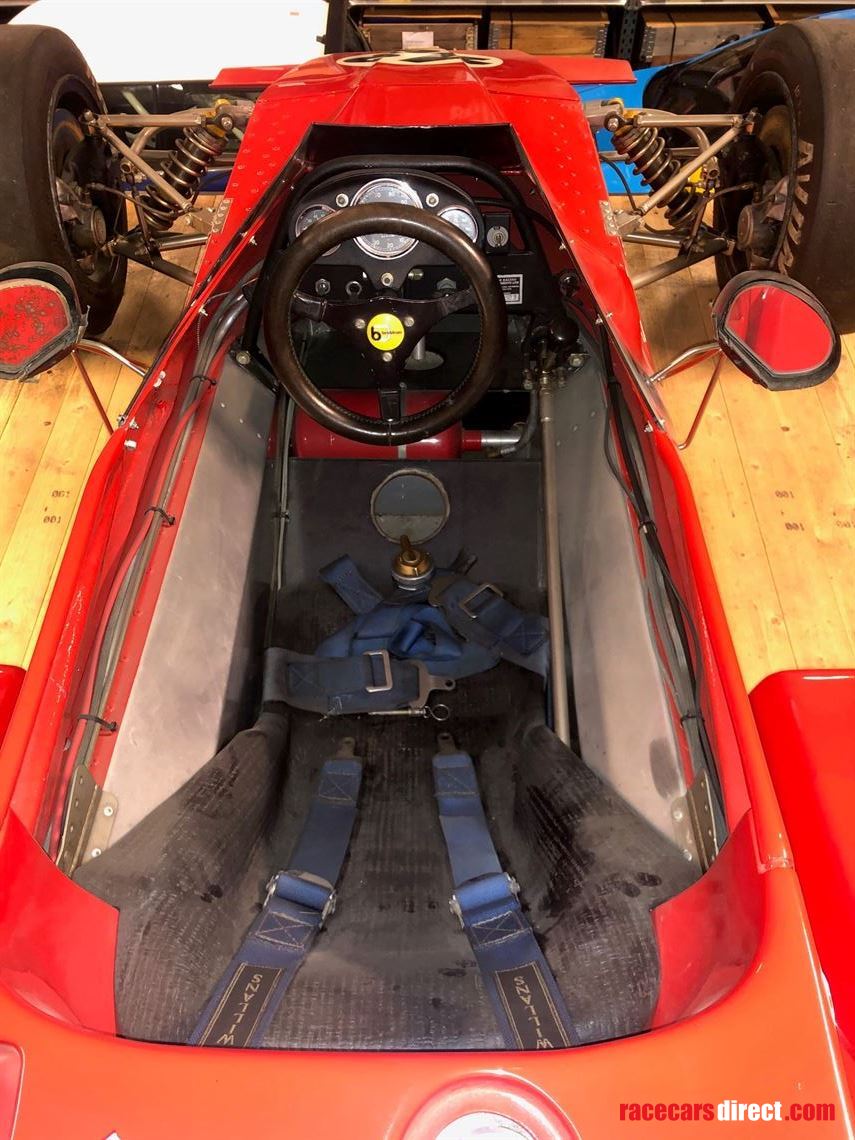 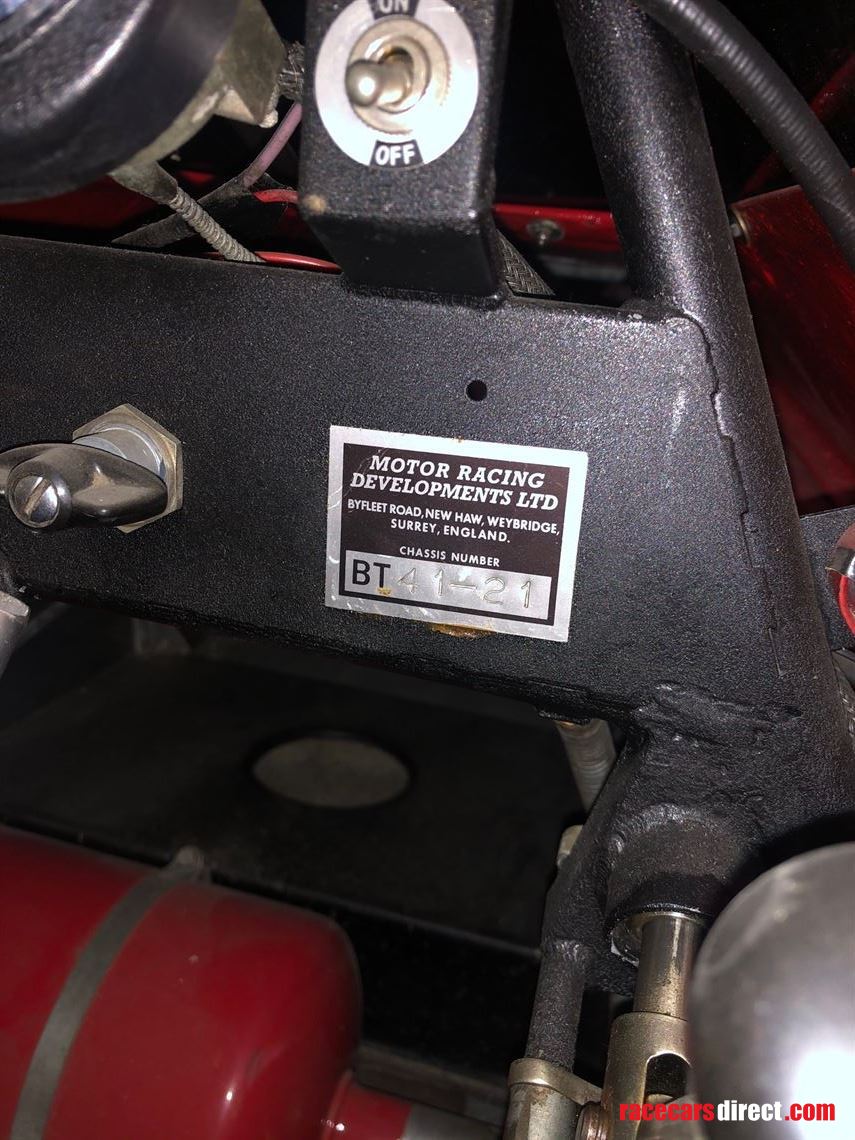 This car was originally sold by legendary Swedish agent Ulf Svensson who was a big name with Brabhams and drove and sold may cars in the 60-70 is  to Håkan Backman who competed in Swedish Formula 3 Championship. .Car bought by Sportpromotion Sweden in 1985 without engine.

Restored in 1986, Holbay twin cam engine installed after total rebuild,driven by Greger Petersson at Mantorp Historic meeting in sept 1987 since then Museum stored. 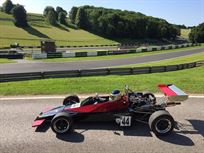 One of just three built by Motor Racing Development, this car is beautifully restored and fast.

sequential gearbox from holinger placed in a nissan R33 GTR