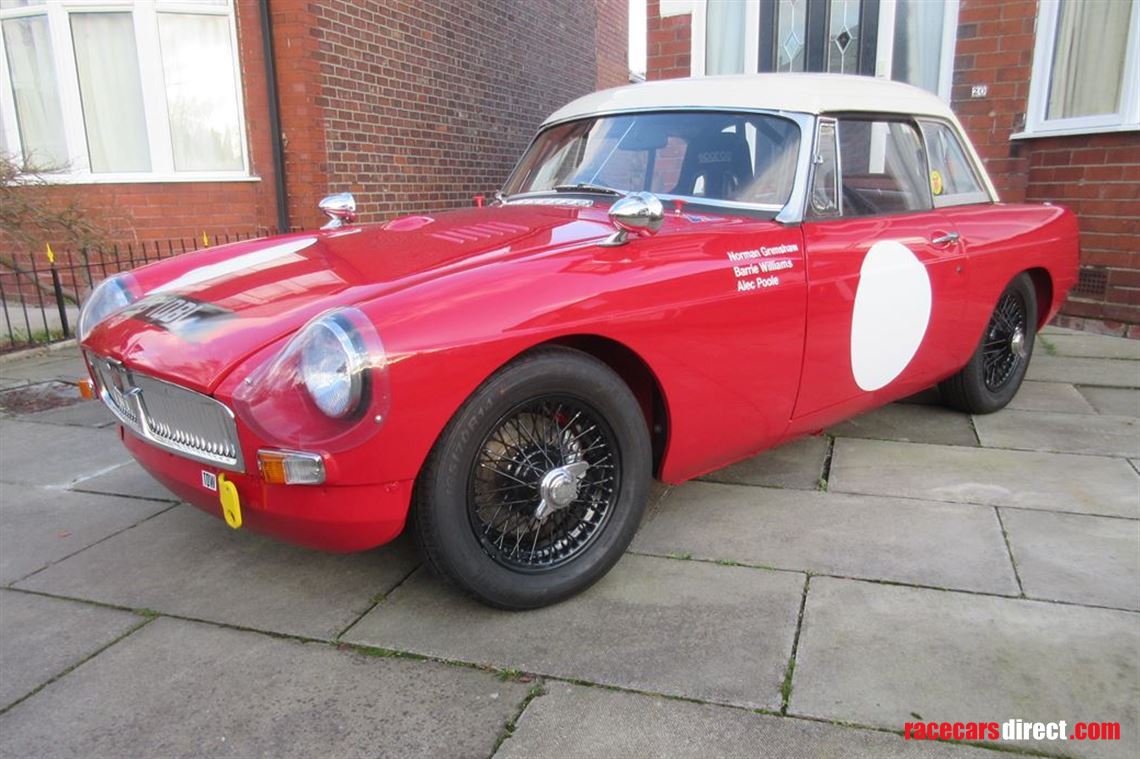 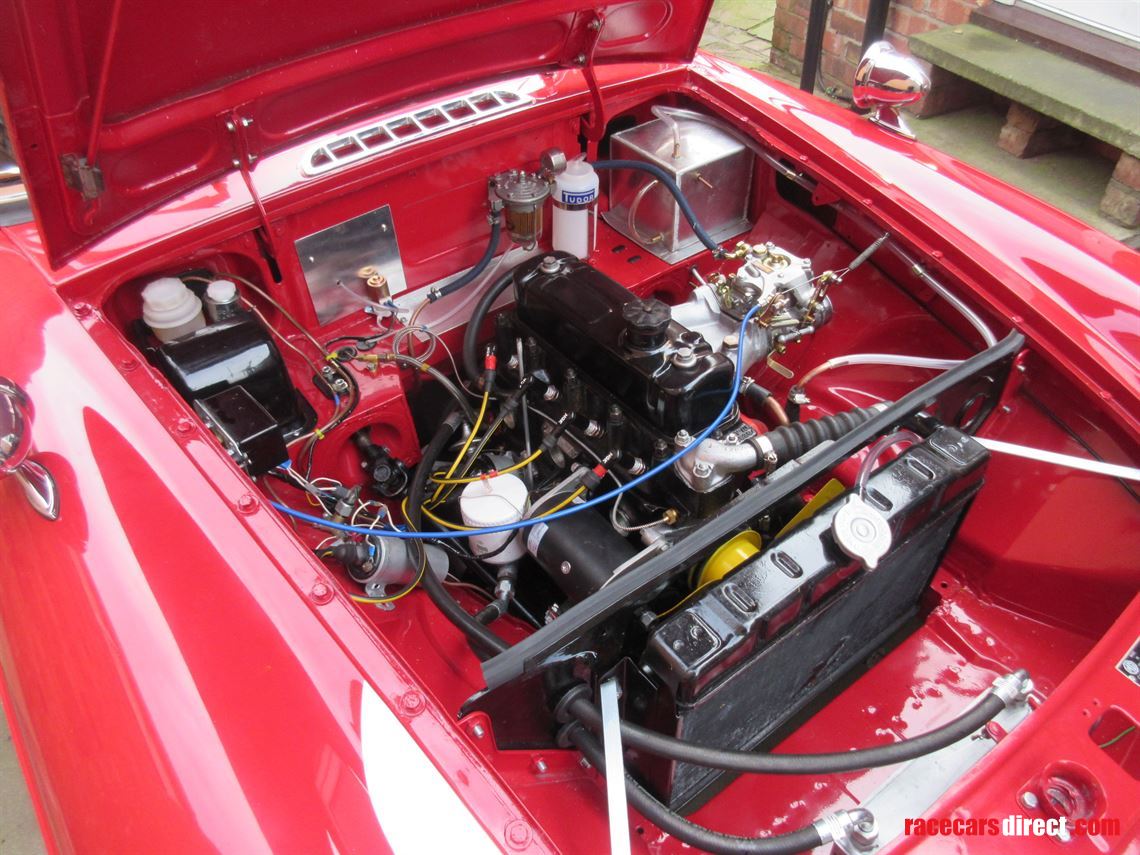 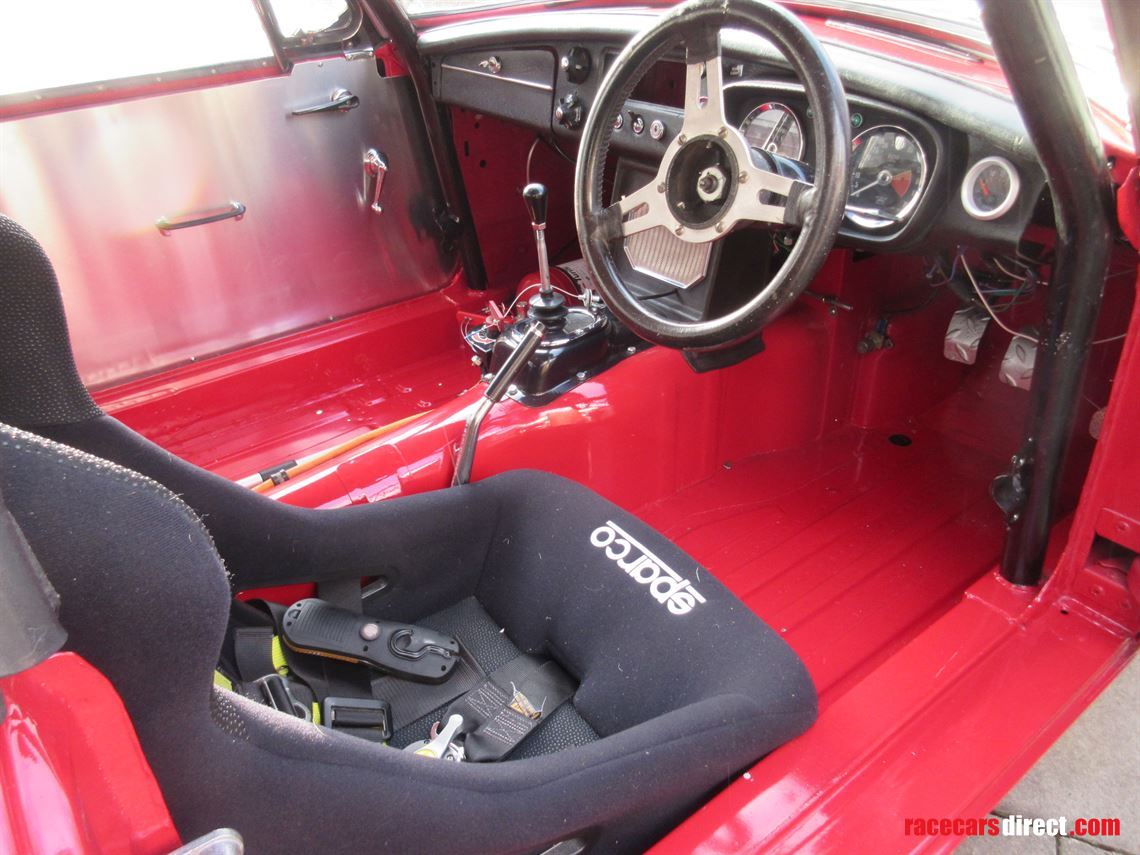 The current vendor purchased this MGB Roadster on 18th August 2018 from the estate of former racer the late Norman Grimshaw (sales receipt on file). Dismantled when purchased, the car had been rallied at some time in the past and the front right corner was damaged. The vendor was told that the driver was former BMC works star, Alec Poole. The chassis was quite badly damaged so a new bodyshell was purchased and fully converted to Mk1 specification (i.e. with narrow transmission tunnel and pull-handle door releases) while the damaged car was stripped and used to complete the re-shelling process (photographs on file). The front suspension and cross member are new. Julien Grimshaw, Norman's eldest son has retained the rear of the original shell and made it into a settee. Before that the MGB had been owned by Colin L Pearcy, a well known and successful racing driver, who sold it to Norman on 1st October 1969.

The engine has been stripped and reconditioned: re-bored to +0.040" with new pistons and rings; new camshaft (standard); big-end bearings +0.010" and mains bearings +0.020"; new oil pump; new timing chain; and an A P Racing clutch. Overhauled by Impulse Engineering at a cost of £850, the Stage 3 cylinder head has had new large valves fitted and breathes via a new Weber 45 carburettor and tubular exhaust manifold. The transmission system consists of a four-speed three-synchromesh gearbox and a 3.9:1 final drive rear axle. Featuring a full roll cage, the interior also boasts a plumbed-in fire extinguishing system (purchased new in 2020) while the driver's seat was new in 2019. A new long-distance fuel tank is fitted and the electrics have been changed to negative earth with a single 12-volt battery. The numerous bills on file for parts purchased from specialist suppliers testifies to the fact that this was a rebuild undertaken with no expense spared.

Ready to resume its competition career with the fortunate next owner, this freshly rebuilt MGB Roadster is offered with up to date FIA papers, a V5C document, the aforementioned restoration records, and a BMIHT Certificate confirming that the car is an original right-hand drive model built for the UK market in December 1963. The file also contains action photographs of the car taken at various venues, including the Paul Ricard circuit in France.

1964 MGB FIA Racing car in production and ready for the 2020 racing season.

Can be used for anything from Overland to Off Road Rallies