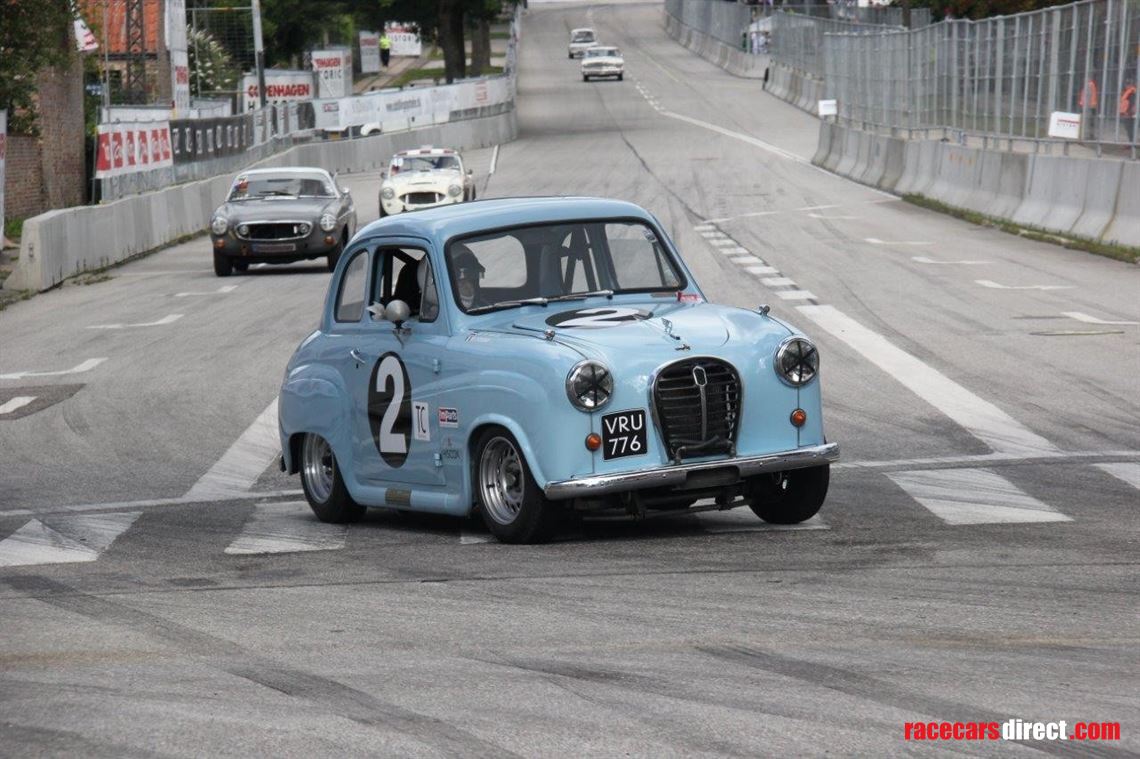 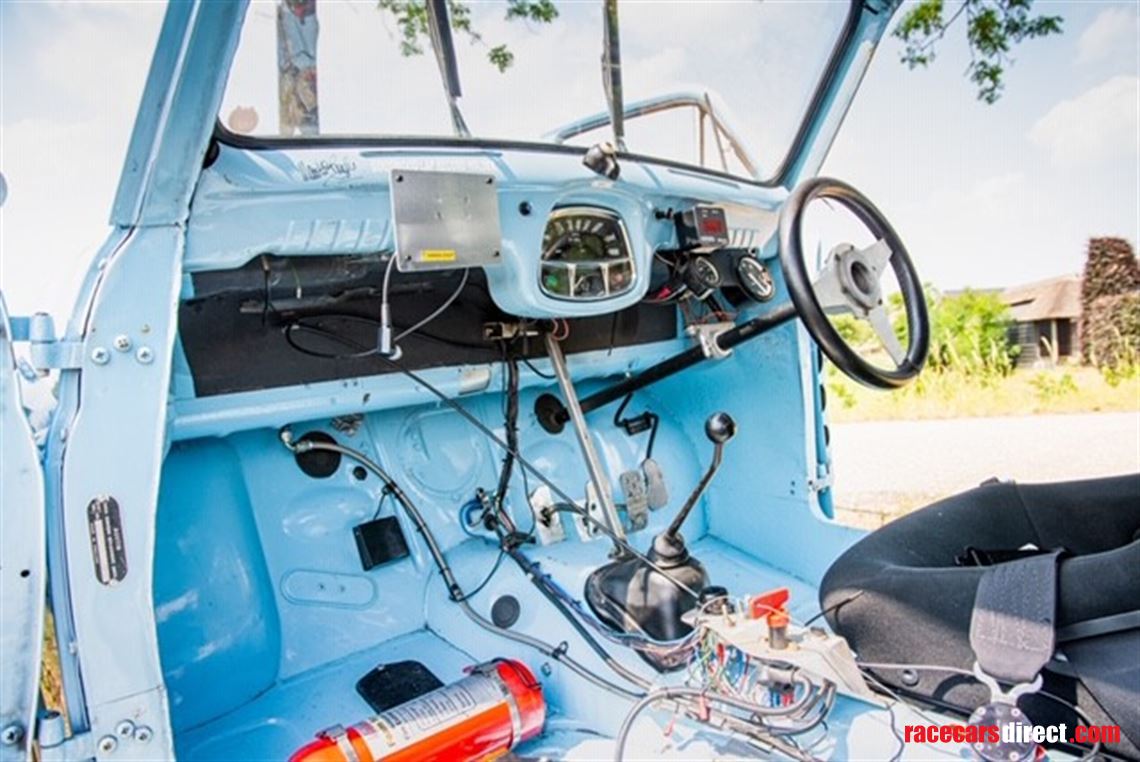 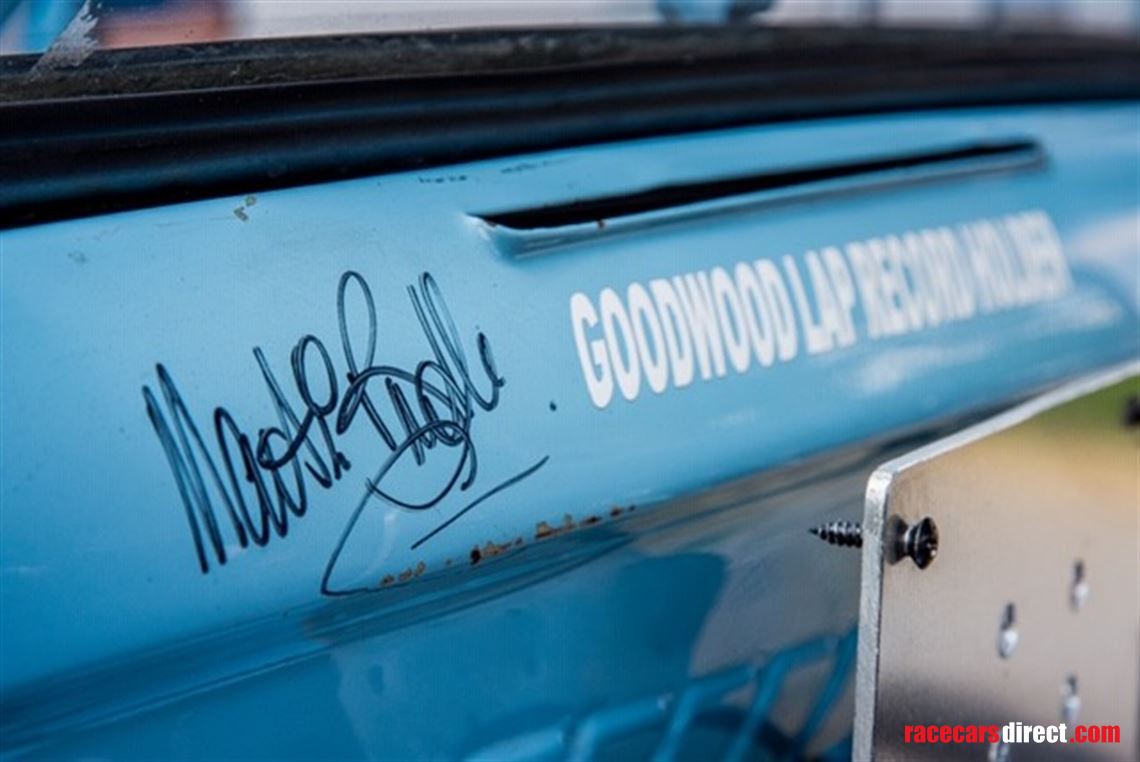 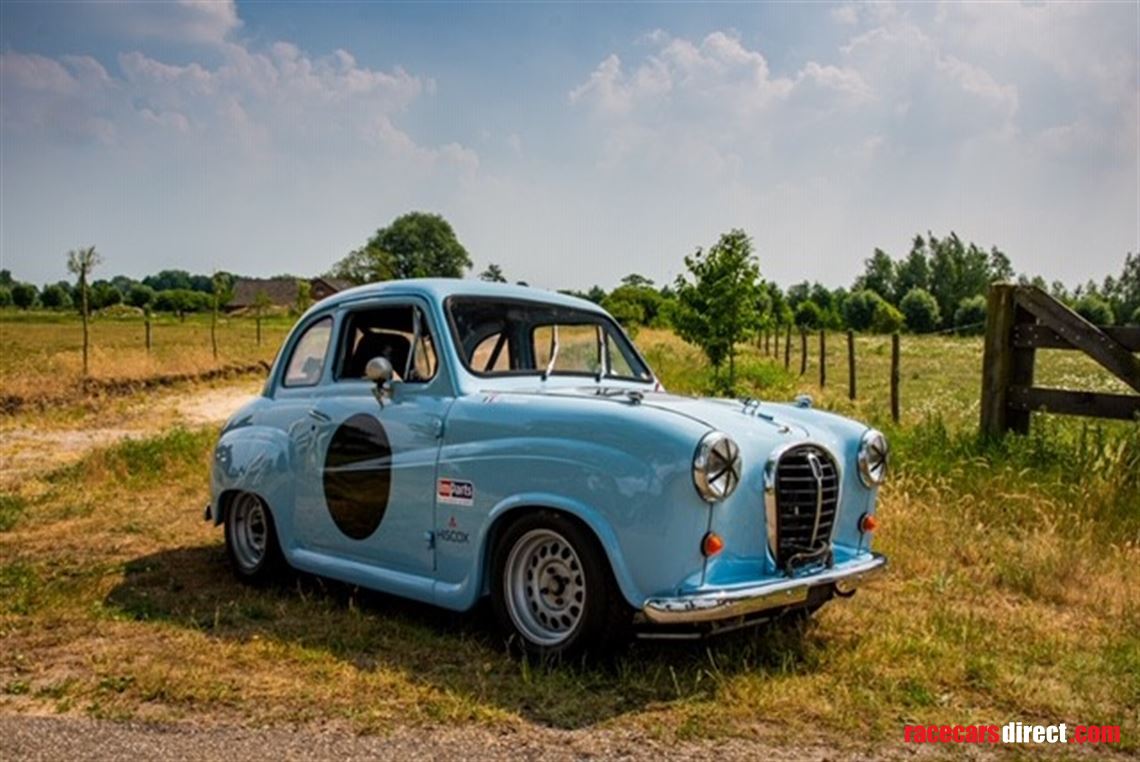 Although seemingly unlikely candidates for competition use, the Austin A30 and A35 were a popular choice among club racers throughout the 1950s, only falling out of favour when the Mini arrived. These baby Austins were catered for by BMC tuning specialists such as Downton and Speedwell, while the cars' essential simplicity meant that they were easily tuned and maintained by their owners.

Dating from 1957 and registered as 'AR7 986', this Austin A35 – known as 'Baby Boomer' - was delivered new to the Danes family in Southampton, where it remained in the family's possession for more than 50 years. In 2008 the little Austin was rebuilt to Speedwell competition specification by well-known specialist Rae Davis, who raced it for several years with success in HRDC events. In 2008, 2010 and 2012, Baby Boomer raced at the Goodwood Revival in the hands of former Formula 1 star Martin Brundle (whose signature is on the dashboard) and TV presenter/pundit Tony Jardine, finishing 2nd overall in 2008 and being on track for 1st overall in 2010 before suffering suspension damage.

This is an exciting opportunity to purchase this well-known and highly competitive Austin A35 competition car, which is fitted with all Rae Davis Racing competition parts and the latest specification adjustable shock absorbers. These Speedwell cars are quite different and much faster than the Academy cars in part due to their totally different suspension, while the less restrictive engine requirements are reflected in this 1,293cc unit's maximum output of 125bhp, which arrives at 6,800 revs (dynamometer printout available). This A35 is also very light and has a new Sparco racing seat and harness fitted. It is eligible for many historic racing series such as the HRDC, HSCC, Sixty-Fivers, and the Pre-1960 St Mary's Trophy at Goodwood: all events where these charming little cars attract lots of attention.

Well maintained and highly competitive, 'AR7 986' is registered and housed in the Netherlands but the 'VRU 776' V5C is still with the car, however on SORN. 'AR7 986' has been built close to full racing specification and is also road legal. It comes with six Weller wheels shod with Dunlop L-section tyres (four of which have done only three races). A well-known ex-Rae Davis lightweight A35 competition saloon, this race-ready car is offered with sundry bills and a Dutch registration document.

A one-of-a-kind example eligible for the most prestigious racings series. Goodwood/Masters...