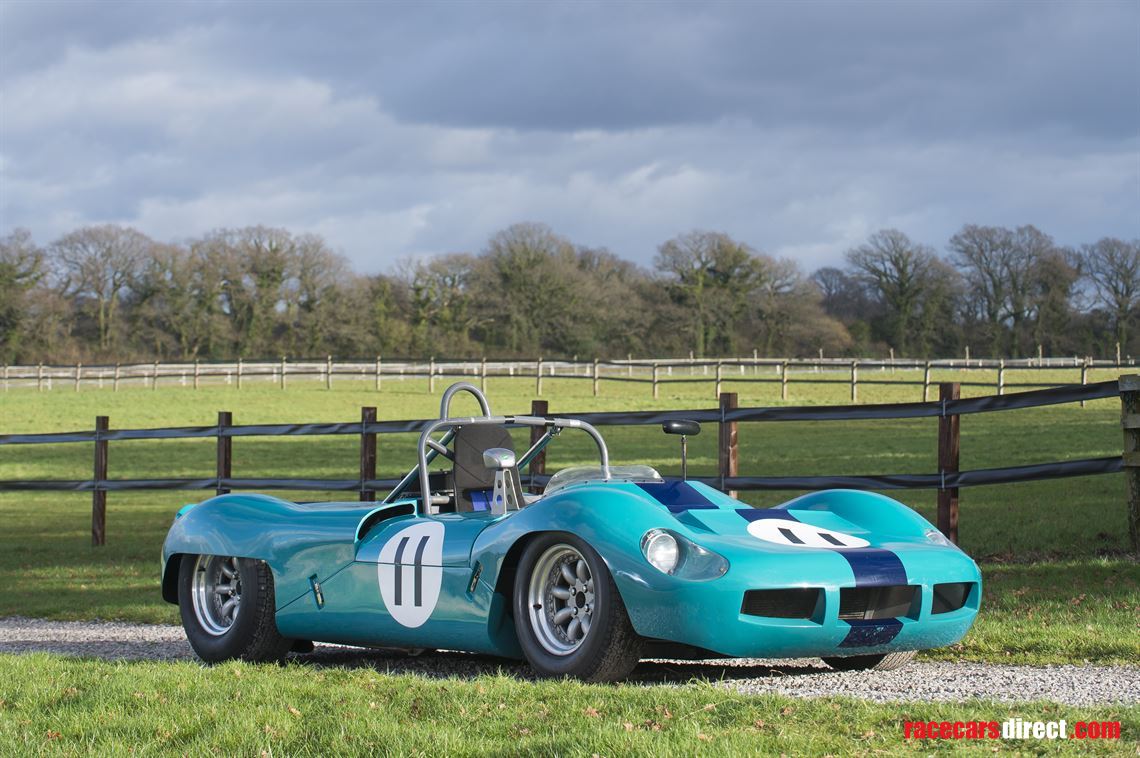 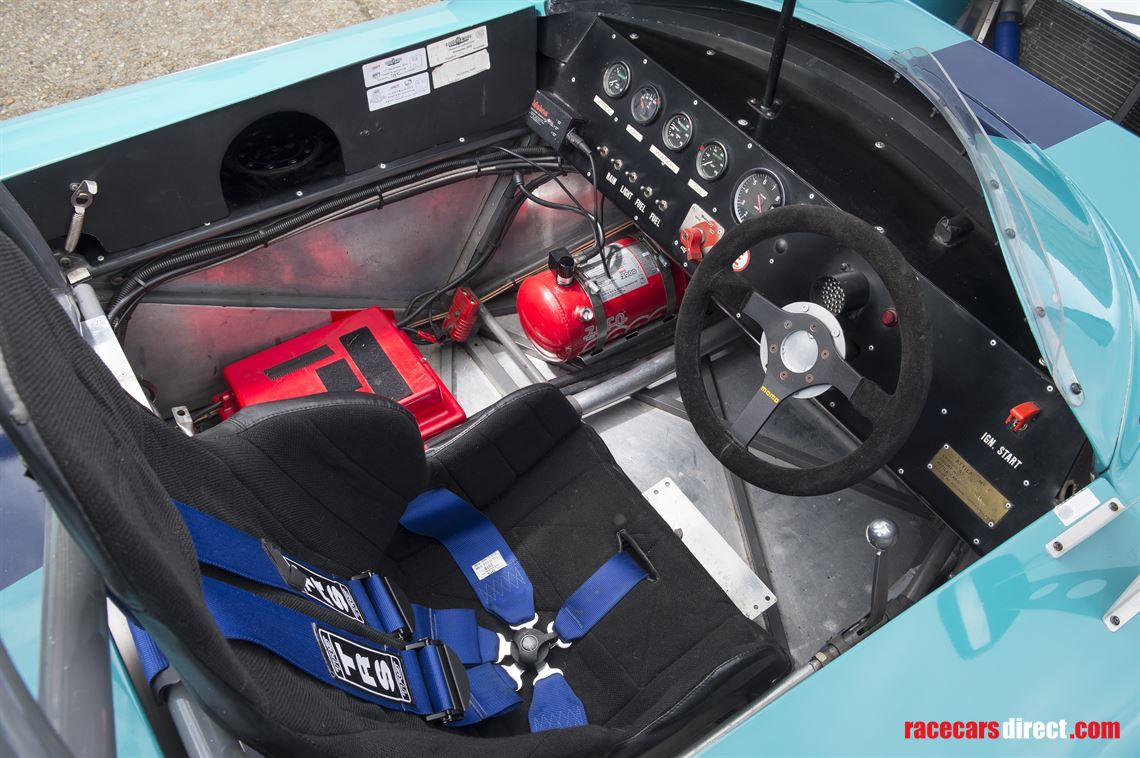 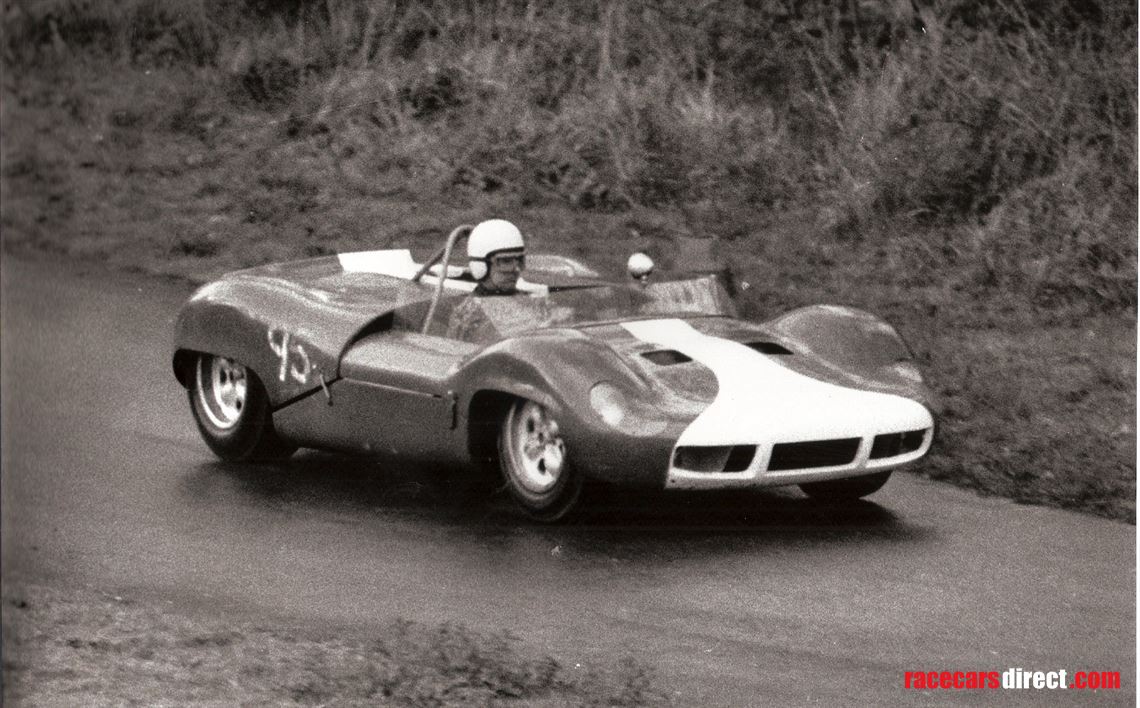 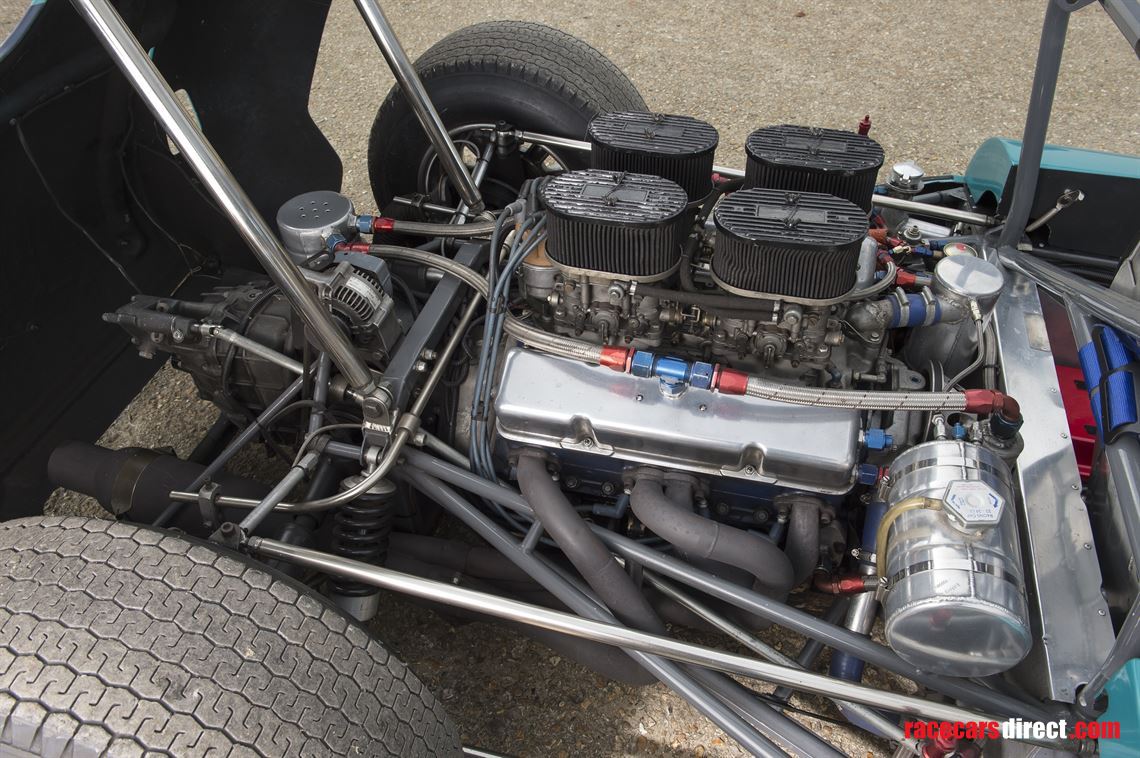 Attila cars were produced by Racing Developments of North London in 1964 and 1965. Racing Developments was run by Mark Perry and Val Dare-Bryan, Dare-Bryan being the designer, formerly with Lotus. Their first car was built for amateur racing driver Roy Pierpoint, who is best remembered for winning the British Saloon Car Championship in 1965 at the wheel of an Alan Mann Racing-entered Ford Mustang. That first Attila was a front-engined Coventry Climax-powered sports-racer, and the firm would go on to build a small number of other cars, that offered here being one of only three V8-engined Attila Mark 3s made.

Built around a short-wheelbase tubular spaceframe chassis, the Attila Mk3 incorporated some advanced features for its day, including rocker-arm front suspension with inboard springs/dampers, and an aerodynamic body complete with boot spoiler; it was also one of the first cars to have a Hewland LG500 transaxle gearbox.

The first recorded entry of an Attila Mark 3 was in the Aintree 200 meeting on 18th April 1964 with Pierpoint driving, though the car failed to arrive. Roy entered the Attila in a further ten meetings in 1964, the most successful result being 2nd place at the Guards Trophy at Mallory Park on 17th May, the only other finish being at Croft on 23rd August. Contemporary race programmes list the engine as a 4,727cc Ford.

For 1965, a second chassis was available for Tony Lanfranchi, built for wealthy businessman and gentleman driver, Pat Hovenden, and entered by Pierpoint's Weybridge Engineering Company. It is that car, chassis number '302C', which is offered here. Attila built three Mark 3s: one Ford-engined, the other two with Chevrolet power. The other Chevrolet-powered Attila is with Kent Abramsson in Sweden while the Ford car has disappeared, leaving this example as one of only two known to survive.

'302C' first appeared in the Guards Trophy and British Eagle Trophy races at the postponed BRSCC Boxing Day meeting at Brands Hatch on 31st January 1965. It is understood that it then competed in the Guards round at Mallory Park, and Hovenden then campaigned the car as part of the Redstone Racing Equipe alongside the Buick-engined Lotus 15 of Graham Capel and the Cooper-Chevrolet of Bob White. Races it is known to have entered are as follows:

During the late 1960s and 1970s, '302C' passed through a variety of hands, enjoying varying degrees of success. In the 1990s, the car was extensively restored by Mark Hales and is in much the same specification as it was then. It is fitted with a short-stroke 302ci (5.0-litre) Chevrolet V8 engine and Hewland LG500 gearbox. The engine was built by Tim Adams, and the car has raced only once since the gearbox was rebuilt by BPA Engineering.

This Attila has run in at the Goodwood Revival at least half a dozen times and at the Members' Meeting twice, and has always finished in recent years. It has also raced at Spa, Oulton Park, and Silverstone with the Masters series and other events. There is a full set of body moulds and a spare set of Image wheels with the car, which also comes with a very large history file, professionally researched by a previous owner. The car is offered with current FIA HTP papers.