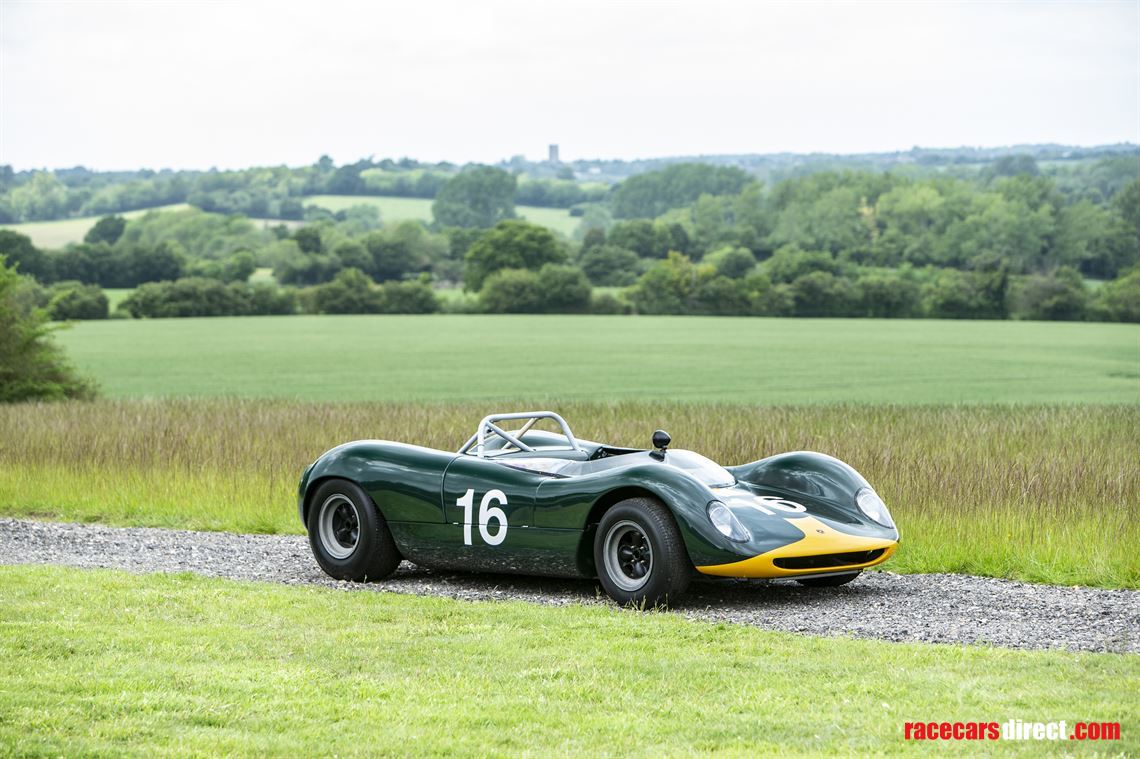 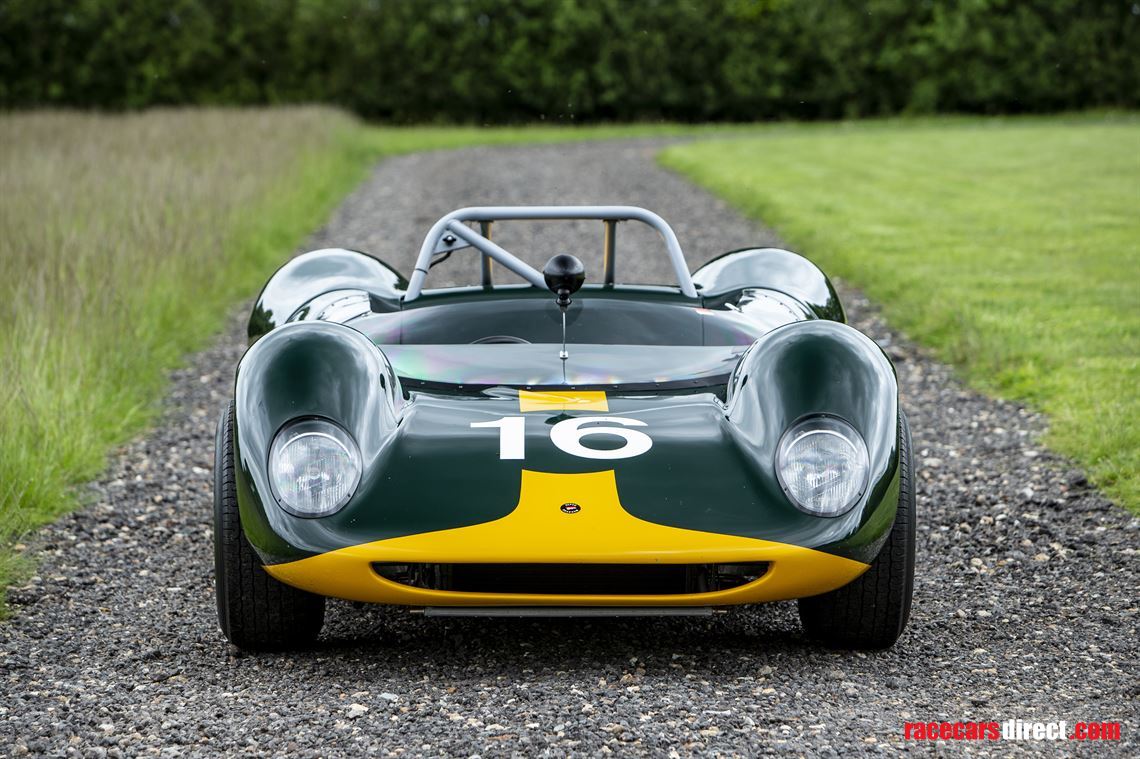 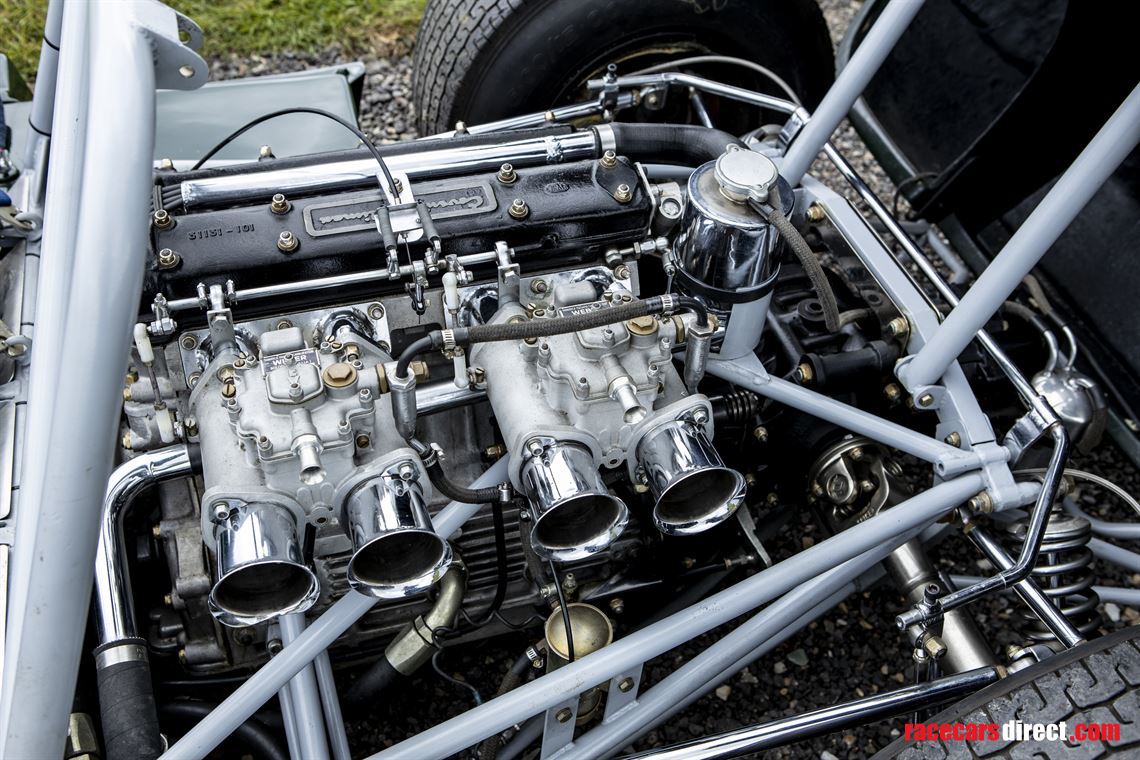 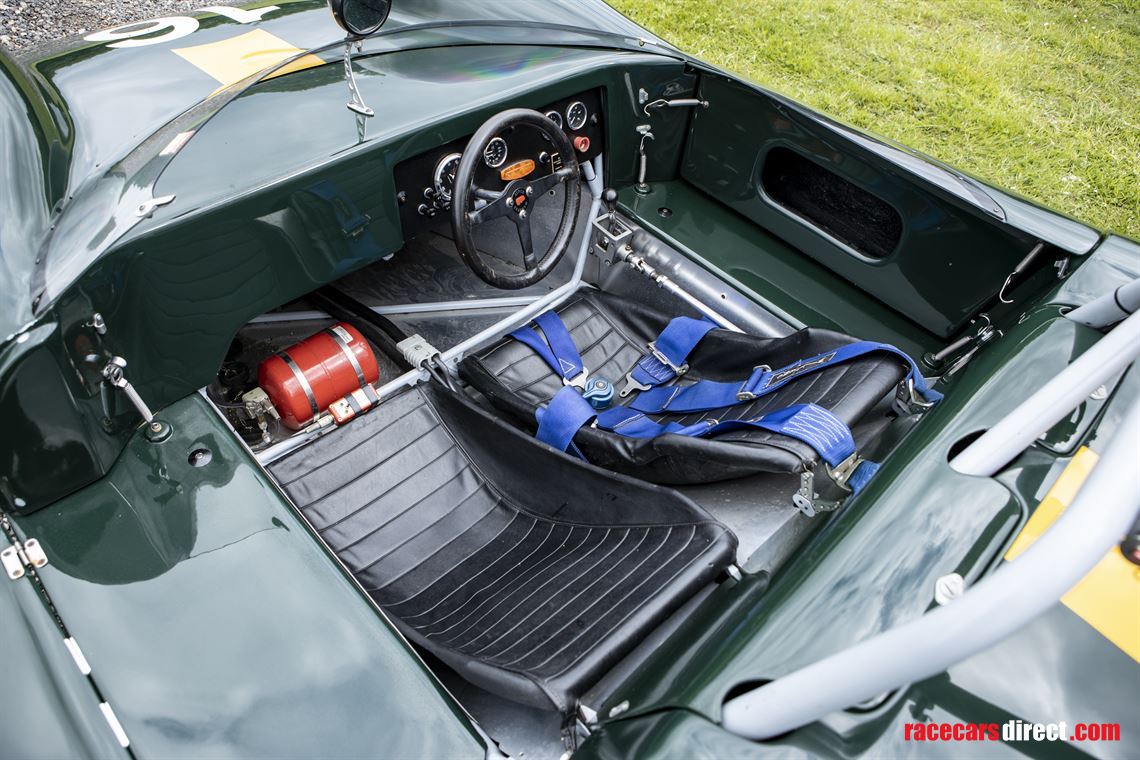 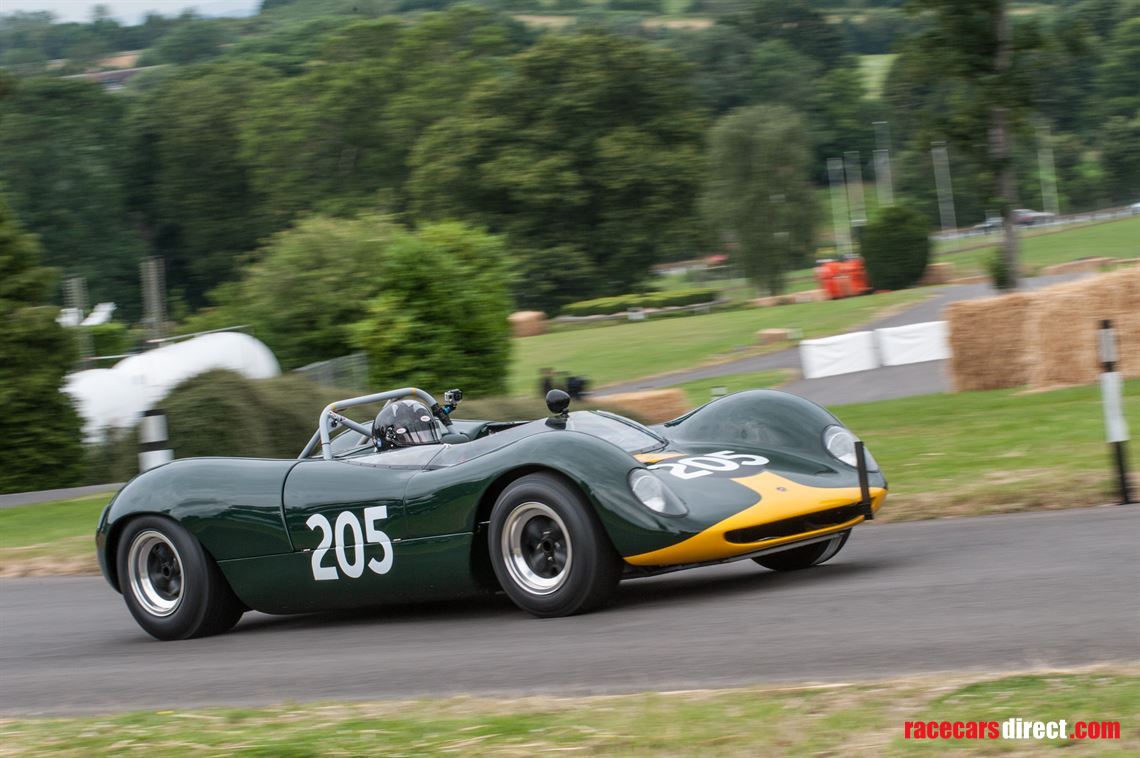 *Extensive in-period competition history in Europe and the USA
*2½-litre Coventry Climax FPF engine
*Restored in the USA for previous owner
*Checked, verified and prepared for competition by Hawker Racing
*Driven by David Brabham at the 2019 Chateau Impney Hill Climb
*Described as race-ready and 'on the button'

Having burst onto the scene in 1961 with a one-off Formula Junior, Motor Racing Developments built more than 500 Brabham single-seaters but only 15 sports-racing cars, 12 of which were BT8s. Evolved by designer Ron Tauranac from his 1,600cc Lotus Ford twin-cam engined BT5, of which two raced in 1963, the spaceframe BT8s were longer, lower and more aerodynamically efficient, and most were powered by four-cylinder Coventry-Climax FPF engines. The prototype BT8 took its bow at London's Earls Court Motor Show in October 1963, fitted with a 2.0-litre FPF.

Chassis number 'SC-4-64' is recorded as the fourth of nine BT8s built for the 1964 season, following which two more were made in '65 and a single car in '66. It was supplied to Jackie Epstein (son of the celebrated American sculptor Jacob, who had been granted British citizenship in 1911) and entered in the Targa Florio, May '64. Unfortunately, a crash during practice (thought to have been caused by suspension failure) precluded the team from starting; damage to car and driver also thwarted Epstein's Le Mans plans of June '64.

American Tommy Hitchcock bought the repaired car, debuting it at Canada's Mosport Park CanAm race that September, then taking it via back-to-back races at Riverside and Laguna Seca in California to the Bahamas Speed Week. Hitchcock based the car in Britain for 1965, finishing 6th in the Lavant Cup race at Goodwood on 19th April, 4th in the Martini Trophy at Silverstone, 2nd at Crystal Palace behind Denny Hulme in Sid Taylor's BT8, 2nd at Croft, and winning on his return to Crystal Palace on 31st July. Retirement from the RAC Tourist Trophy at Oulton Park was a disappointment, however.

Previously the driver of a 1,600cc Merlyn Mk4T twin-cam, Briton Clive Lacey graduated to the BT8 in 1966 but ran it sparingly as the Courtenay Brabham, using coupé bodywork designed for Epstein's ill-fated Le Mans effort, including in the British Grand Prix support race at Silverstone. Club race victories at Silverstone and Brands Hatch in '67 and '69 respectively were highlights.

Lacey sold 'SC-4-64' to David Capstick – who ran fabled London motor sport watering hole The Steering Wheel Club in Shepherd Market – in late 1969. He returned the car to open form with a 2.5-litre Climax FPF and loaned it to Keith Grant for 1970. Running the BT8 with a revised tail for greater downforce, Grant shared the car with the great British all-rounder Gerry Marshall and F3 star Peter Gaydon for the respective Spa and Nürburgring 1,000kms on successive weekends, but posted DNFs. A 3rd place finish at Thruxton was Grant's best domestic result en route to a class-winning 2nd overall in the BARC's Castrol/Motoring News championship. His last race in the car was in 1971.

Fast forward to 1984, when Historic racing was gaining popularity, and the Brabham was acquired by quadruple Australian drivers' champion of the 1960s, Bermar 'Bib' Stilwell. Bib had quit professional racing many years previously, developed his car dealership empire and relocated to the USA. He raced the BT8 with a 2.5-litre Climax FPF installed before selling it to its previous owner in 1993. Correspondence from Stillwell, including CAMS ownership transfer to the previous owner, may be found in the history file.

The car was restored in the USA for the previous owner, though by whom is not known; there are no bills but the car's condition speaks for itself. During the vendor's ownership, the BT8 was checked, verified and prepared for competition by Hawker Racing at Milden, Suffolk. Final set up and preparation, including new tyres, was undertaken in July 2019 for the Chateau Impney Hill Climb where the car was successfully driven by David Brabham.

Painted in Stillwell's favoured dark green with contrasting yellow nose-band and stripe, the car is described by the vendor as race-ready and 'on the button'. A potential invitee to HSCC Guards Trophy races and major US and Australian motor sports events, 'SC-4-64' is a stunning example of a model all too rarely seen racing today.

ONE OF ONLY 12 MK VIII EVER BUILT

We manufacture and ship worldwide.