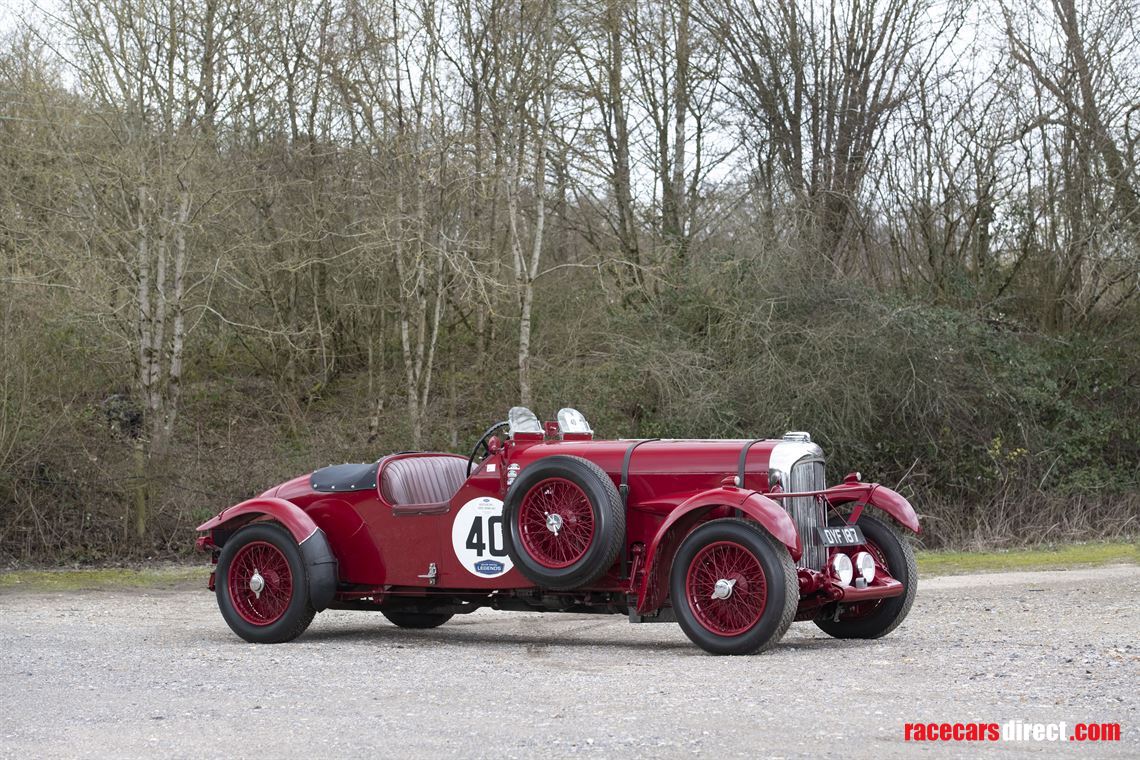 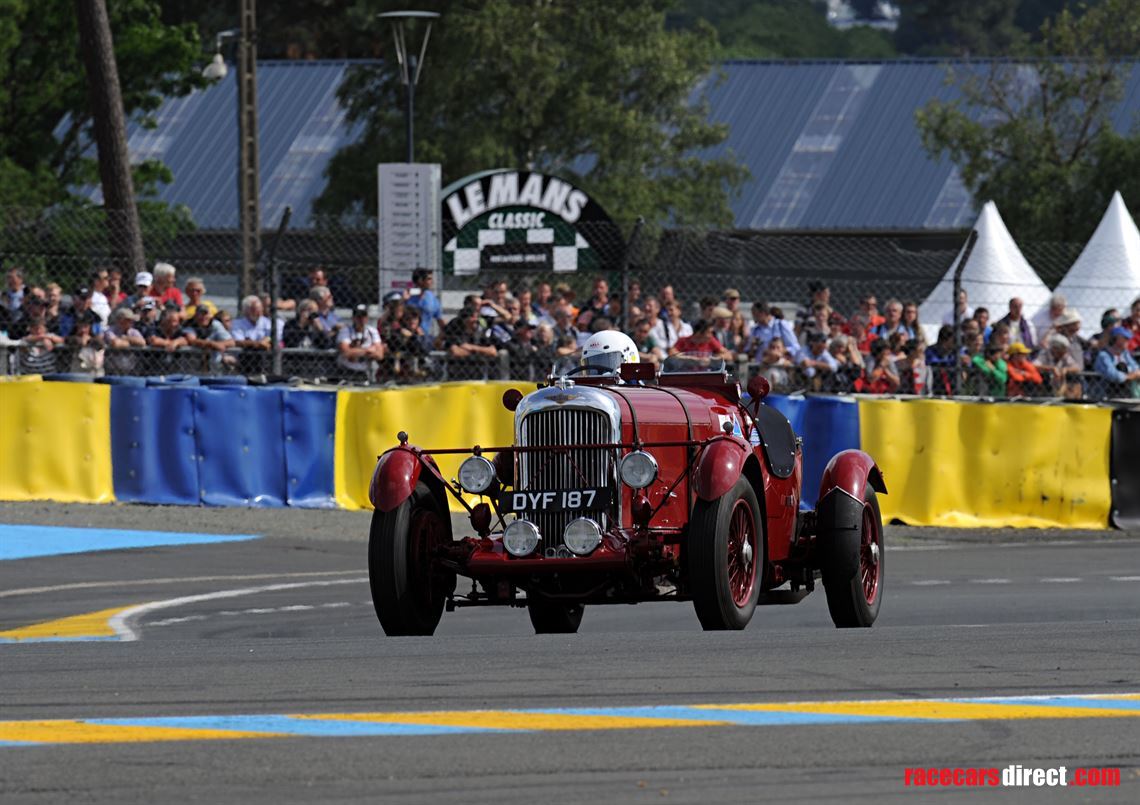 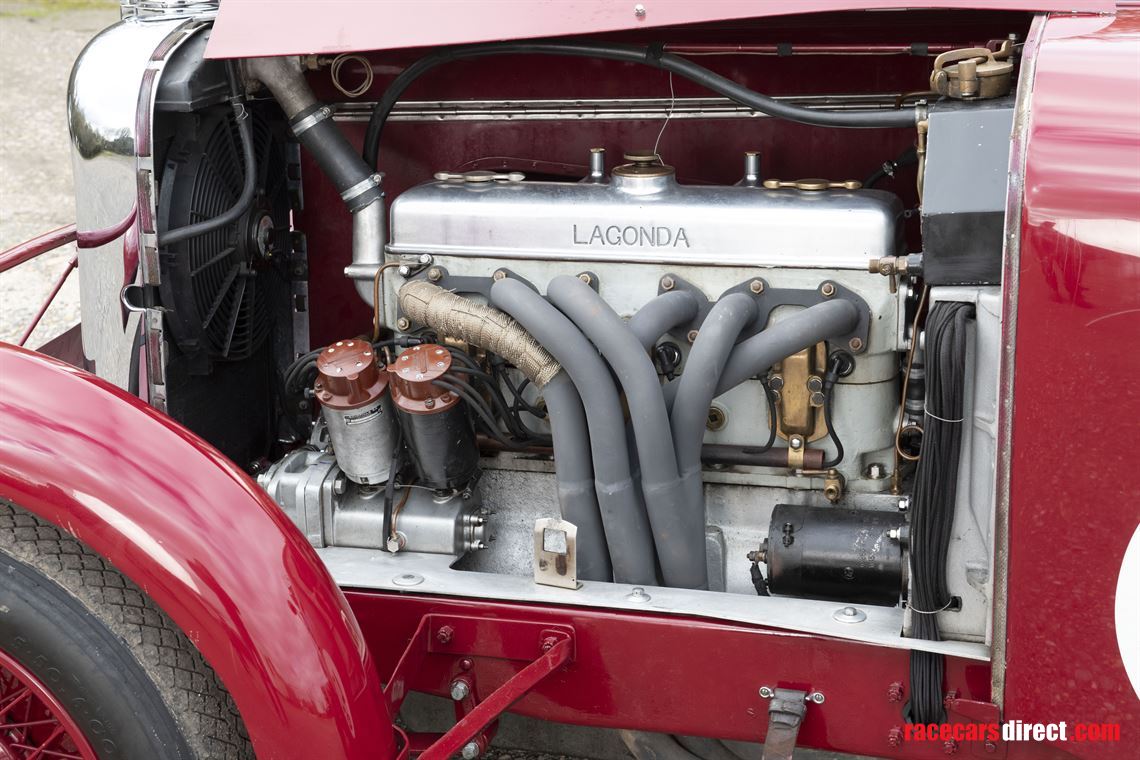 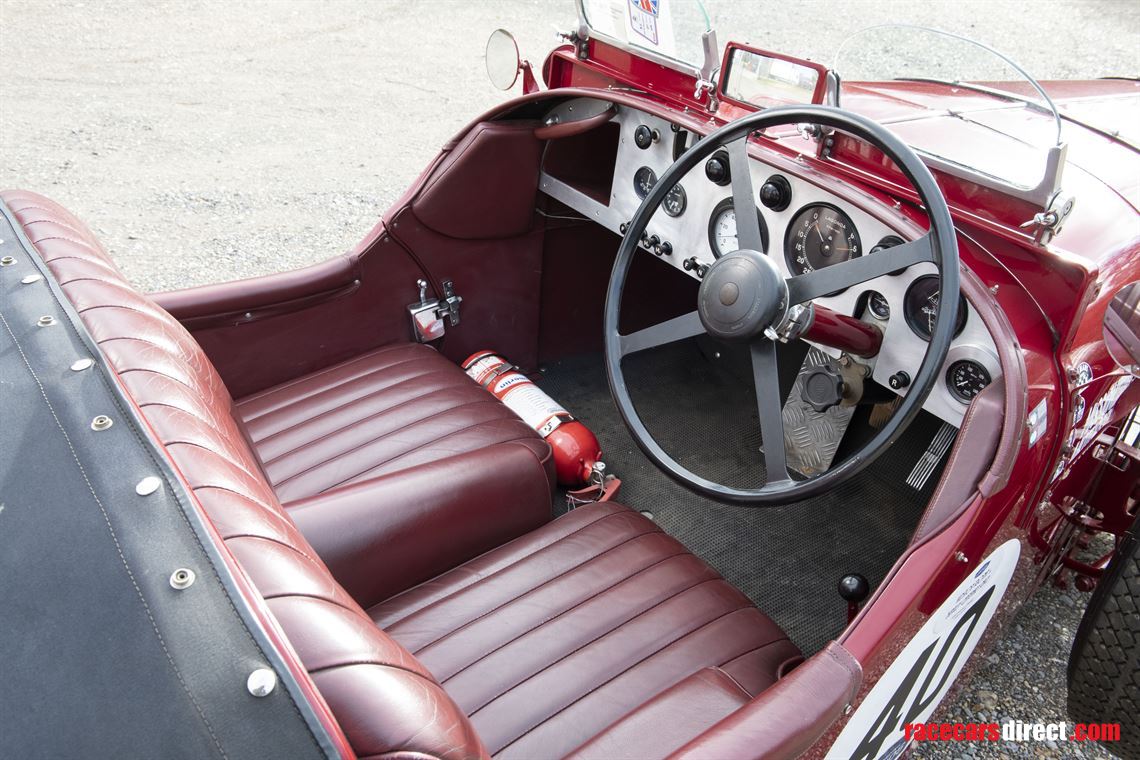 Having established its reputation by winning the Moscow - St Petersburg Reliability Trial of 1910 with a 30hp six, Lagonda concentrated mainly on the production of light cars before reverting to sporting and luxury models in the mid-1920s with the introduction of the 14/60. This four-cylinder, 2-litre model was joined in 1929 by the first of Lagonda's own sixes - the 3-Litre - but by the mid-1930s the Meadows-engined cars were seen as the way forward. Introduced at the 1933 Olympia Show and based on the preceding ZM 3-Litre model, the M45 deployed Meadows' 4½-litre, twin-plug six to good effect, saloons being capable of reaching 90mph and tourers the 'ton' under favourable conditions.

Shortly before its 1935 Le Mans win, Lagonda had gone into liquidation and passed to new owners. In September 1935 they were able to announce the LG45. A new model, building upon the successful Le Mans win, the old M45 and M45R models and the new owners' enthusiasm, it was a much more sober vehicle offered in saloon, tourer and drophead coupé variants. Deliveries commenced in the spring of 1936.
Under W O Bentley's technical direction the big Lagonda became more refined: the LG45 gaining synchromesh gears, flexible engine mounts and centralised chassis lubrication among many other improvements. Endowed with such an impeccable pedigree, the 4½-Litre Lagonda quickly established itself as a favourite among the wealthy sporting motorists of its day.

The new Lagonda management was understandably disappointed by the Le Mans debacle and both four-seater cars were broken up in late 1936, leaving the two two-seaters to continue to the present day representing this great era of Lagonda racing history. Before it was broken up, one of the four-seaters was driven in the Tourist Trophy Race on the Ards Circuit by Pat Fairfield where it finished 4th.

Originally bodied as a saloon, chassis number '12210' was rebuilt in 2008 by marque specialists BishopGray as a detailed replica of the 1936 Le Mans Team Car 'HLL 534'. BishopGray were able to use the original car, which they were restoring at the time, as a model, while the body was created by Keith Roach of Roach Manufacturing Ltd, renowned specialists in historic coachwork. BishopGray chose the short chassis for improved roadholding, and this has proved successful over ten seasons of racing. The car is said to have outstanding roadholding, especially in the wet, which contributed to its finishing 8th overall in the pre-war race at the Le Mans Classic in 2016.

The Lagonda was purchased by the present owner from BishopGray in 2008 and has been raced for the last ten years at all major British circuits and at Le Mans, Spa Francorchamps, and Zandvoort. It has competed at every Le Mans Classic race between 2010 and 2018, and throughout its racing career it has been looked after by Charles Gray of BishopGray. The car has held an MSA Historic Technical Passport and a VSCC Eligibility Document since 2009. The HTP was renewed in 2016 and is valid for 10 years, and the car also comes with a V5C document.

Finished in 'Fox & Nicholl Red', the car is currently fitted with a racing engine specially built in 2018 by Race Techniques of Cheltenham, specialists in developing the 4½-litre Meadows engine for competition. This unit produces 191.8bhp at 4,920rpm and 232lb/ft of torque at 4,000 revs, though the torque is above 200lb/ft from between 1,500rpm and 5,000rpm. Race Techniques' report on the work done to build the engine is on file together with related bills totalling over £58,000 (perusal recommended).

Accompanying the car is a quantity of spares to car include an alternative 3.3:1 ratio differential; two front wings; an original set of T8 gears; a rebuilt Scintilla magneto; and a speedometer.

This wonderful re-creation of an historic pre-war Lagonda Le Mans Team Car is offered for sale at a price amounting to probably less than one third of that of a comparable 4½-Litre Bentley.

Transport Your Race Car In Comfort And Style, Full Leather And Alcantara Interior, Only 9500 Miles. 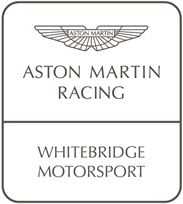