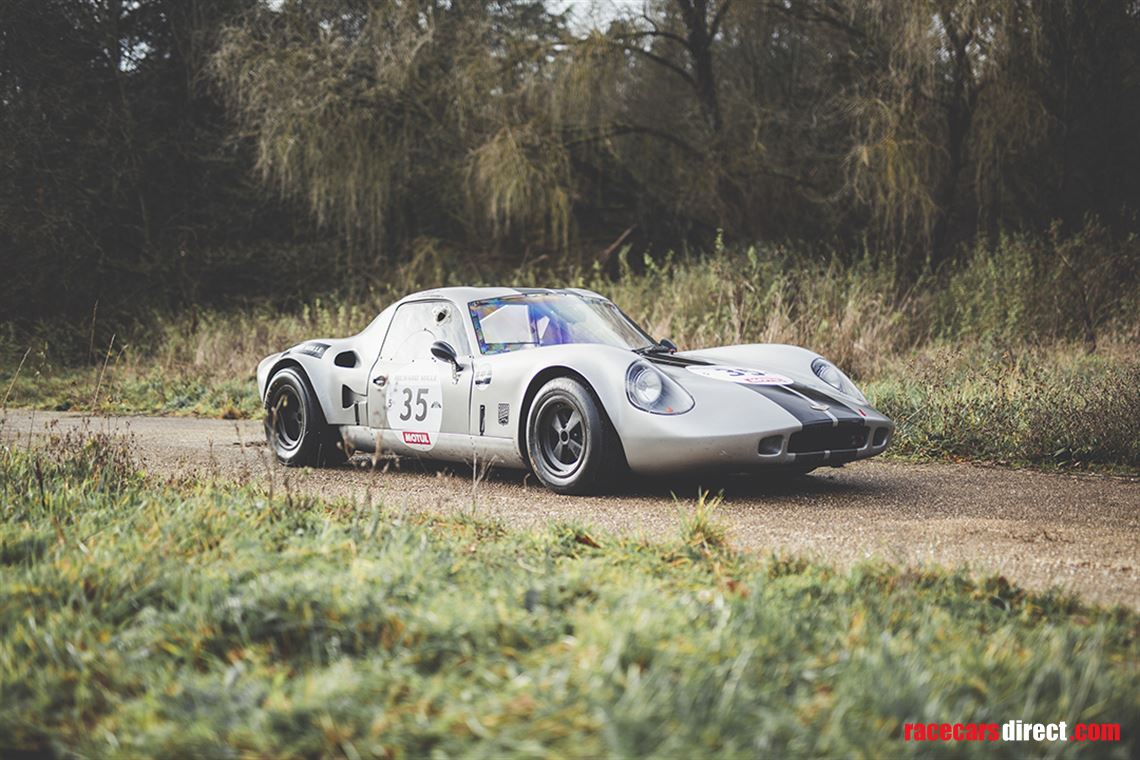 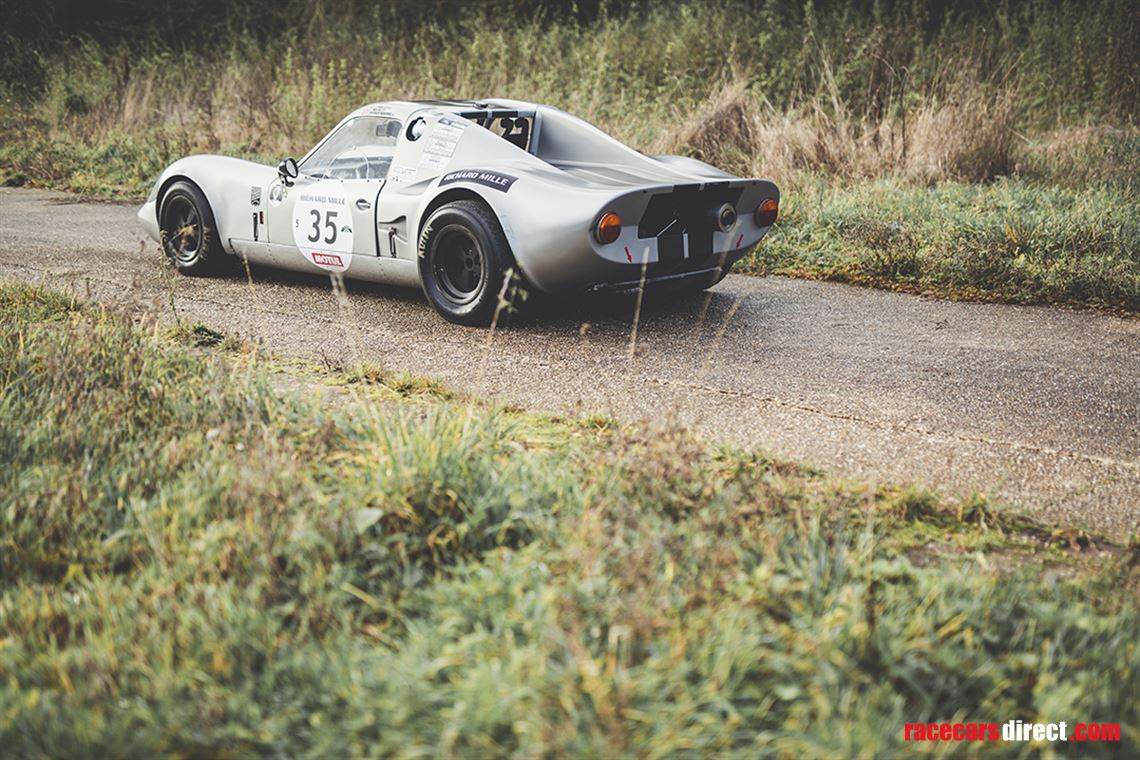 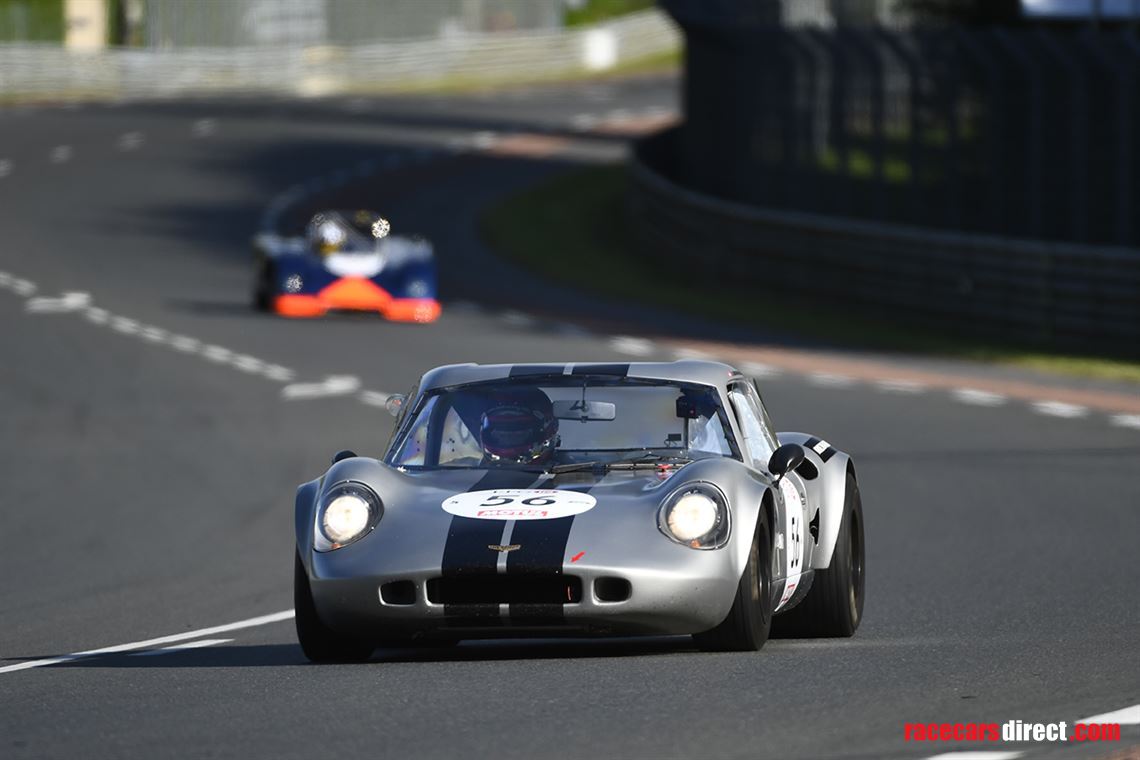 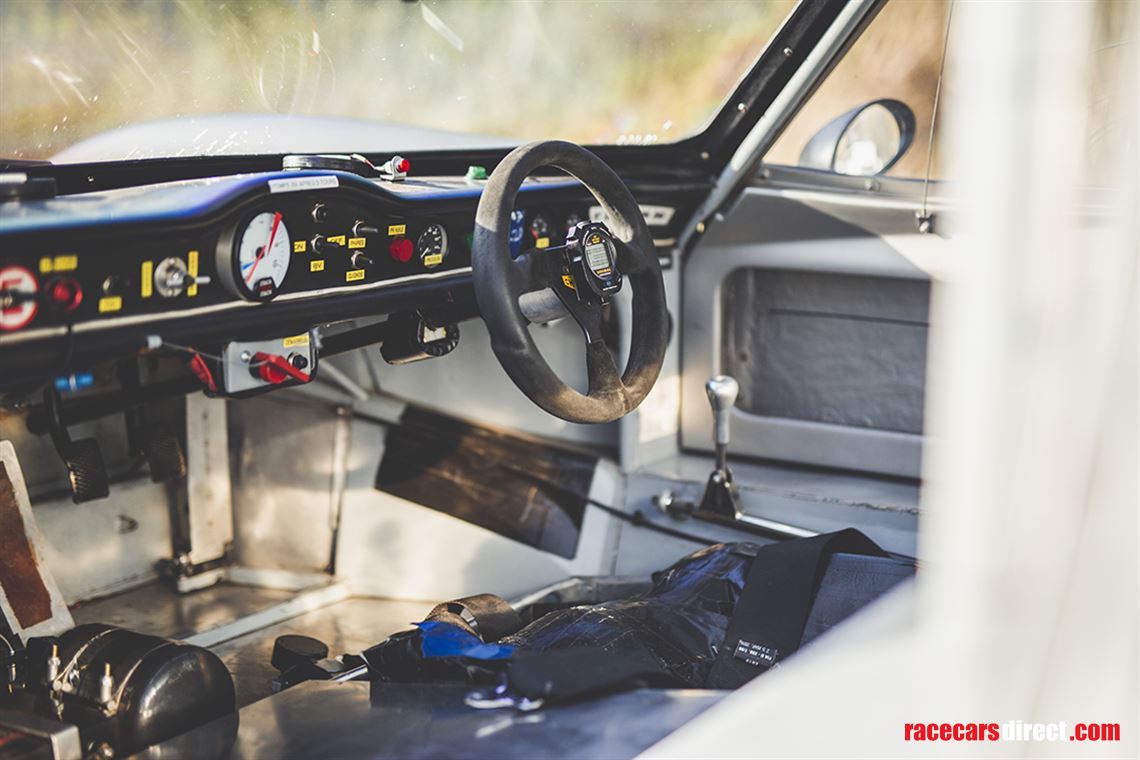 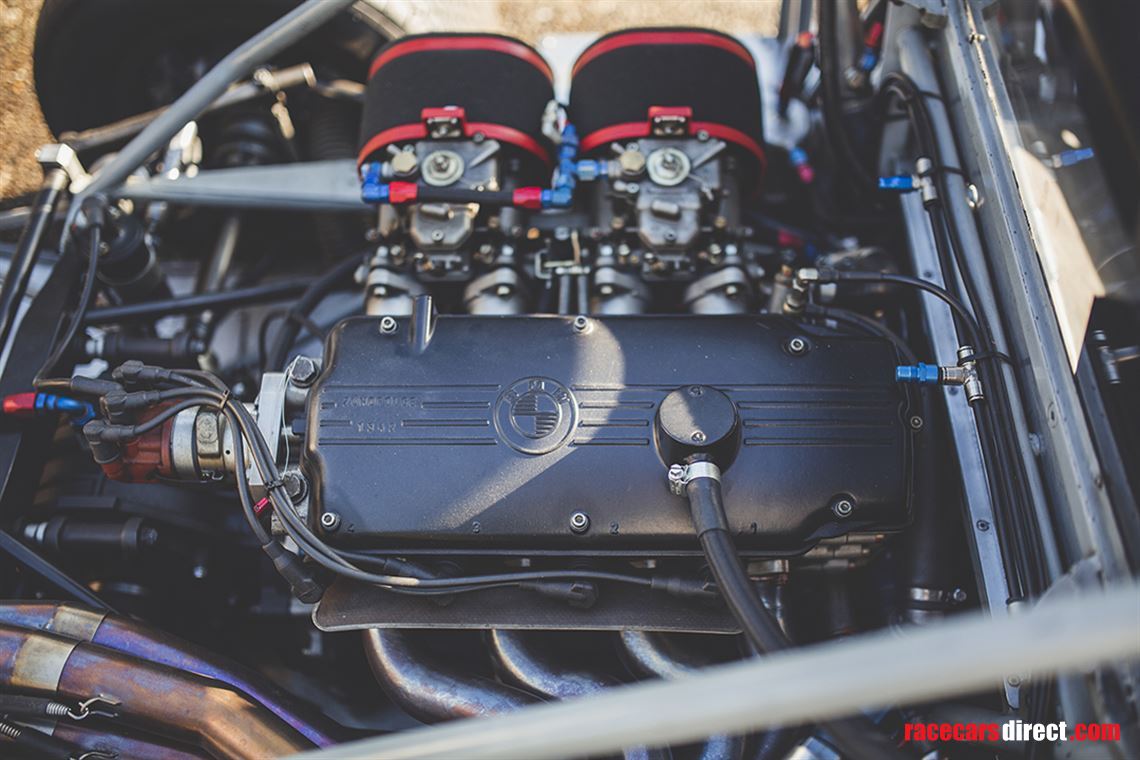 Founded by Derek Bennett in the mid-1960s, Chevron soon found a place for itself in motorsport, at a time when there was a growing demand for racing cars. Designed in 1966, the Chevron GT – also known as the B3 – was a forerunner of the forthcoming B8. Constructed around a multi-tube chassis and powered by a four-cylinder Ford Cosworth or BMW engine, it rapidly made its mark in the 2-litre class. The B8 soon proved successful and 44 chassis were sold from 1968 to 1970. Homologated as a Group 4 sports car in 1968, the B8 was certainly the car which established Chevron as a serious and effective car builder, capable of taking on and even beating its main rivals. Racking up class wins and honourable results in the top international races, the B8 proved quick, easy to handle and an all-rounder: a legend was born. Even today, the B8 continues to lap circuits around the world in series reserved for historic racing cars.

The Chevron B8 we are presenting here, chassis no. CH-DBE-63, was bought in spring 1968 by the English driver Nigel Morrison. Originally painted yellow, it was entered in competition for the first time in June 1968 at Anderstorp (Sweden), where it finished 15th, behind the more powerful Porsche 910 and 906, Lola T70 and Ford GT40 cars. The English driver carried on racing at one meeting after another, achieving 12th place at Hockenheim and then 10th at the Mugello Grand Prix, where more than 60 cars were competing. His final race in the 1968 season would be the Imola 500 km, alongside the other Chevron B8 entered by Digby Martland, who was known for his loyalty to Chevron and for his excellent results, first at the wheel of his B6 and then of his B8. Morrison didn’t finish the race after crashing out and sent his car back to the factory so that it would be ready to race again at the start of the 1969 season. In April, he competed in the RAC British Sports Car Championship at Thruxton and a few days later scored his first victory, in Scotland at the Ingliston Circuit. Later in the season, the English driver again claimed victory, this time in the Lombank Trophy, again at Ingliston. Andrew Fletcher, who shared the driving with Morrison at the 1968 Mugello Grand Prix then became the owner of chassis no. CH-DBE-63 and added some more fine results to its record in competition. During the 1970 season, Fletcher took the Chevron home to 4th place in the Zolder 500 km race, 5th at Jarama in May, 8th at the Danish Grand Prix at Jyllandsringen and finally 12th on the Südschleife at the Nürburgring in October. Altogether, the Chevron B8 DBE-63 took part in nearly 30 races during its three seasons in competition. At the end of the 1970 season, Jim Robinson acquired the car and imported it into Canada. It returned to England at the start of the 1980s, where it competed in the events organised by the Historic Sports Car Club, driven by Malcolm Paul. In 1988, its new Swedish owner, Björn Knutson, undertook a complete restoration of the car. The chassis was  stripped down and the engine entirely dismantled, as can be seen from the many photographs in the substantial file with the car. Once the restoration was finished, Knutson took part in the Historic Super Sports Cup in Germany until 1993. Once again, the  owner filled an entire binder with period photographs, results sheets, magazine articles and so on. It turned up again at the end of the 2000s in the events run by Peter Auto, driven by Olivier Audemars. It was in 2012, however, that  Jean Brandenburg bought the Chevron B8 to take part too in the Classic Endurance Racing historic championship. He drove it for the first time at Imola with his friend Jean-Luc George and finished 11th in his first race. He completed the 2012 season with two more events, the Dix Mille Tours at Le Castellet and then at Barcelona. The Swiss driver took part in five seasons of the CER championship until 2018 and three times at the Le Mans Classic, as a member of the Equipe Europe team. He told us a few years ago that the Chevron was the car he most enjoyed driving. Always perfectly maintained each season in Yvan Mahé’s workshops, this fast Chevron B8 with its extensive documentation is well known on the historic racing scene, but will need a full service before returning to the track.

The digital catalog will be available soon on our website

Chevron B8 and Lotus XI Wheels

We are offer Porsche 997 GT3 CUP in superb condition.

#24 car that raced in the 2019 Blancpain GT World Challenge America.