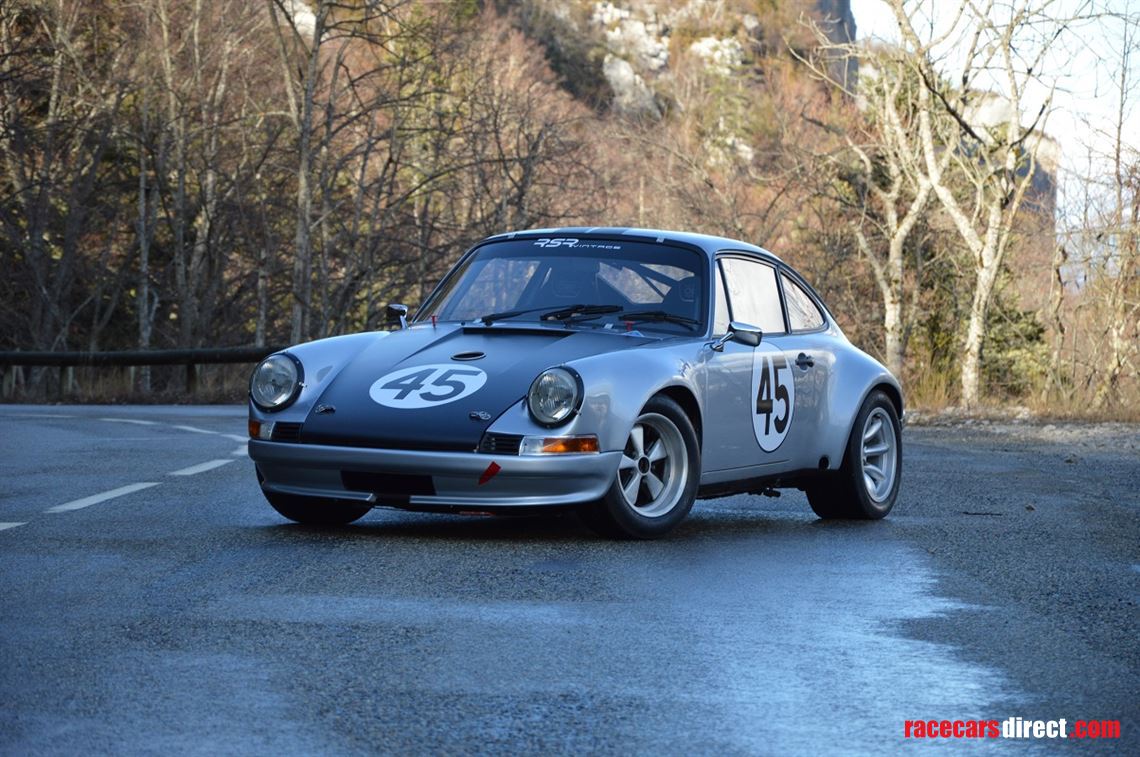 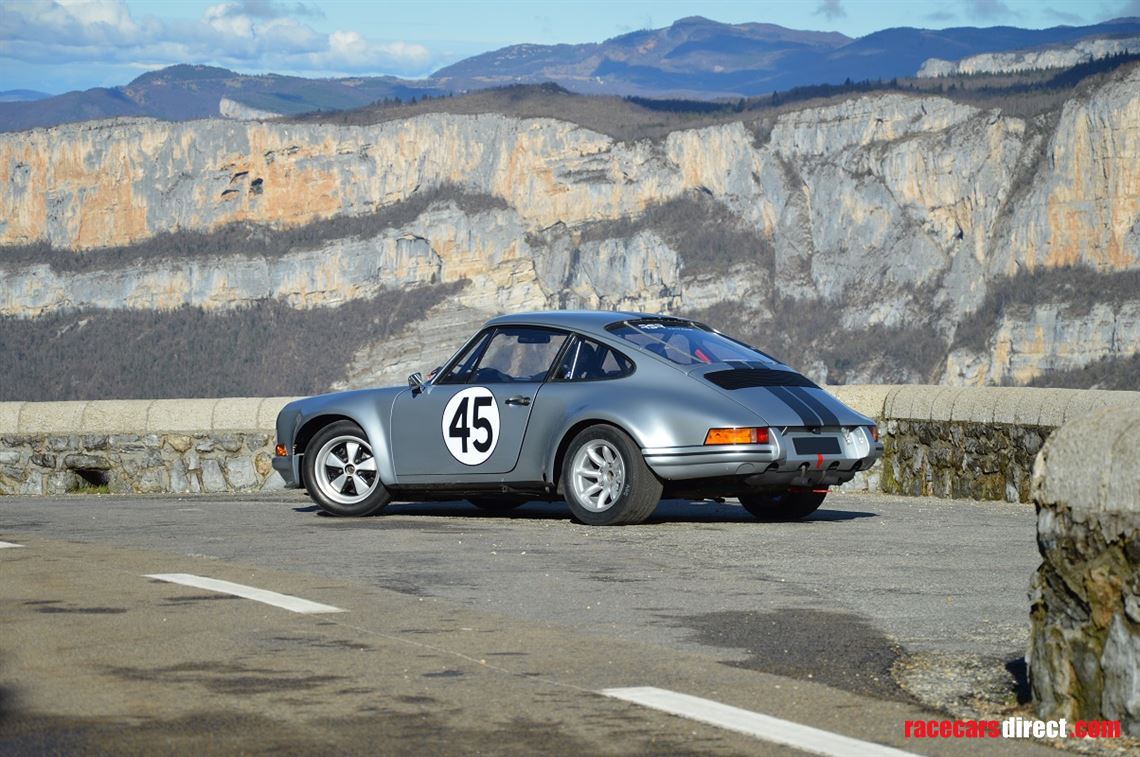 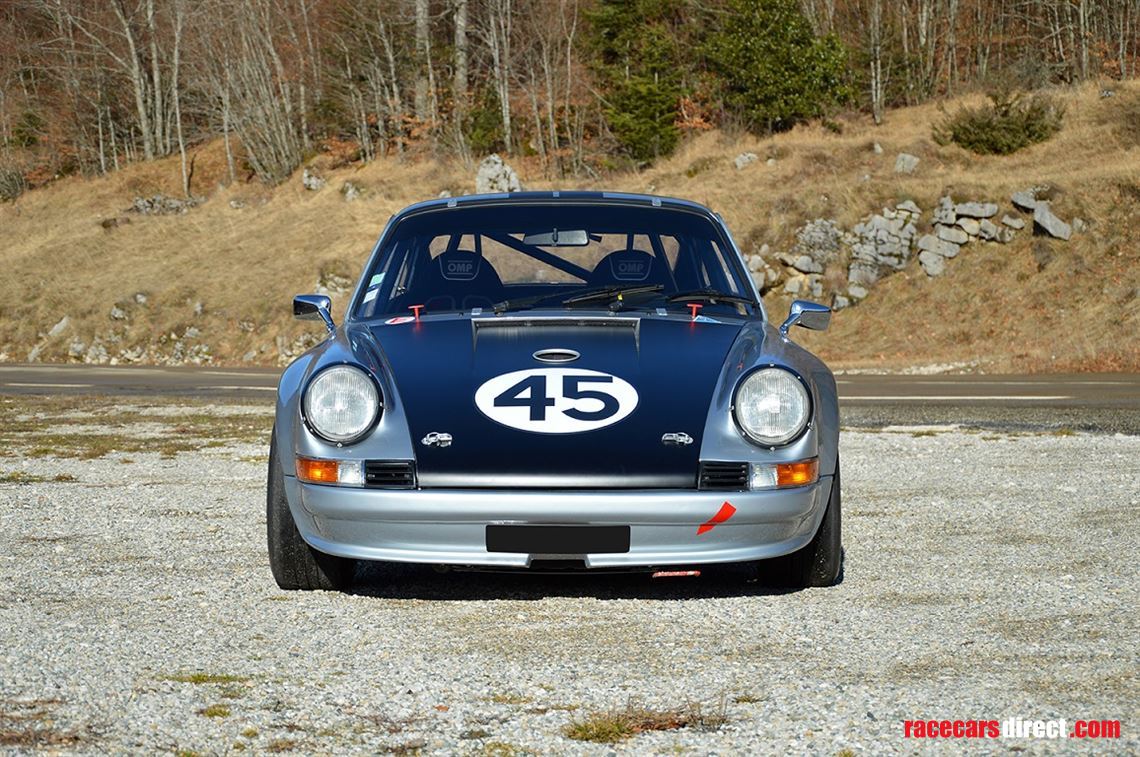 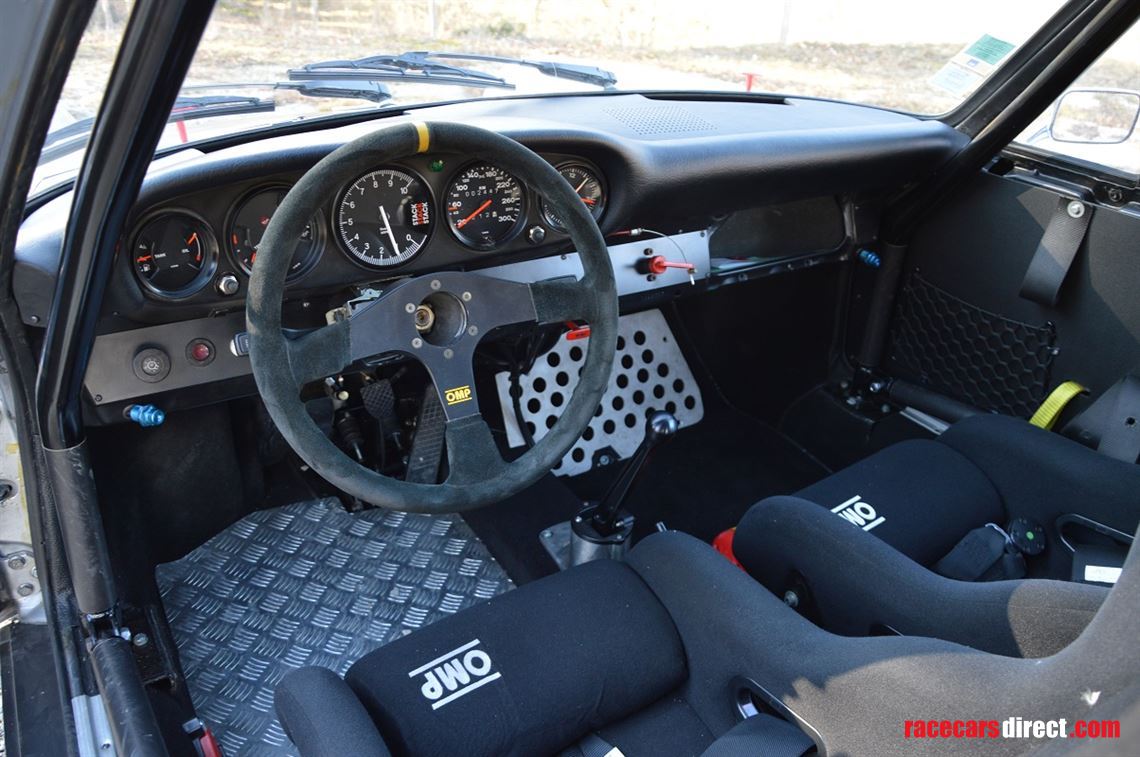 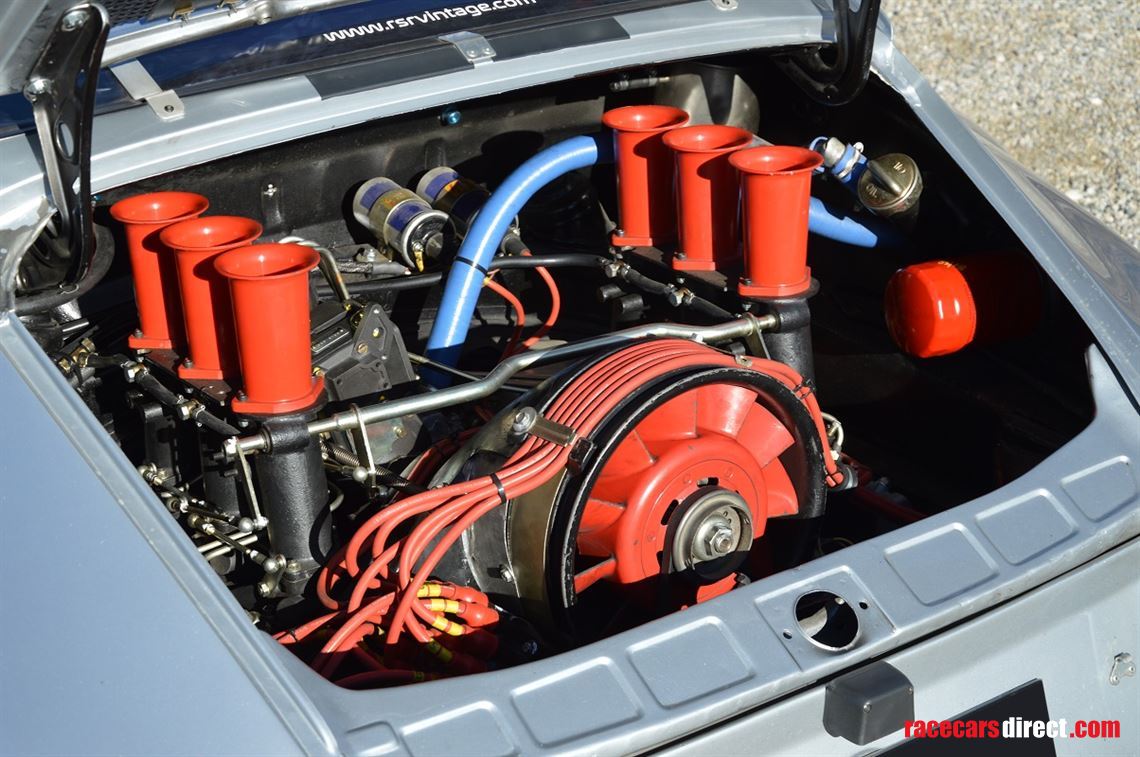 The Porsche 911 2.5 S/T appears in 1972. It was designed to run on a circuit or in a rally in order to participate in prestigious competitions such as the Targa Florio or the Le Mans 24 Hours. It is a production 911 2.4 S modified in strict compliance with international sporting regulations. It includes wing extensions, engine preparation, specific shock absorbers and Porsche 917 brakes. Regarding the transmission, two options were proposed, a long gearbox for the circuit and a short gearbox for the rally. The engine is revised and its displacement is increased to 2492 cc. At the start, the reliability of the engine was difficult. It is the tuner Louis Meznarie who will propose an alternative to Porsche and will be entrusted with the development and preparation of the cars. At the 1972 Le Mans 24 Hours, Jürgen Barth won his category and finished 13th overall. Only 24 cars were produced. The 2.5 S/Ts will run between 1972 and 1973 and will serve as a laboratory for the future 2.8 RSR.

The car we propose is a 1973 911 2.5 S/T replica based on a 911 2.4 l T. This car has been entirely prepared in order to comply with the FIA 3025 homologation sheet. Its historic technical passport was validated on August 26th 2019.  The base engine (2.4 l T) underwent a complete preparation by a Porsche specialist. It features a Bosch dual ignition system as well as an injection pump modified by the specialist Eisenbandt.  The Flat-6 is associated with a 915 type gearbox and a self-locking axle. For braking, the car has been fitted with Porsche 917 calipers and a double rudder bar. The wings and bonnet are made of steel and the running gears are equipped with specific suspensions according to the homologation sheet. Our car also has an 85 litres plastic tank. In February the car received 4 new tyres, the front discs and pads have been replaced and the engine has been drained. Our 2.5 S/T is now presented at an attractive estimate, its recent preparation and its PTH valid until 2029, assure you a maximum of pleasure at the wheel for the years to come.

The digital catalog will be available soon on our website

Built in 2006 as a GUNN TS6, this car has been comprehensively re-engineered and developed.

With over 420bhp and weighing under 650kg this freshly built Jade 4 is mind-blowingly quick.