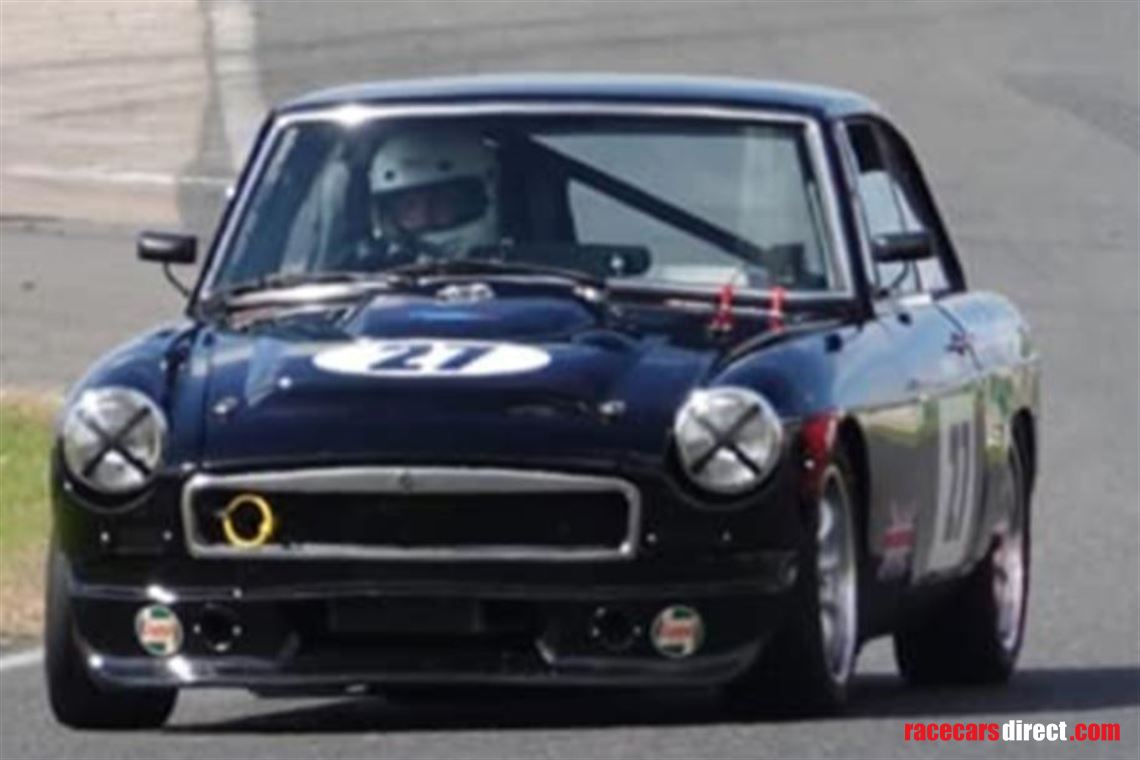 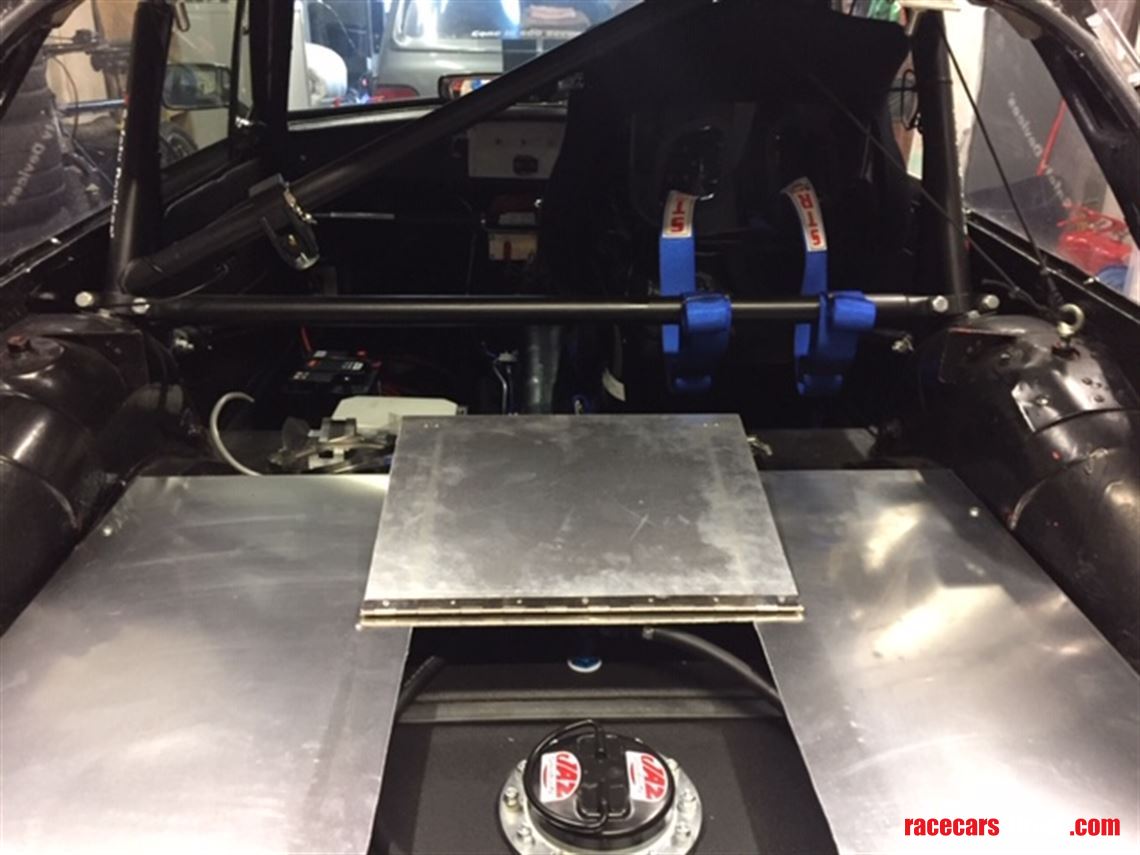 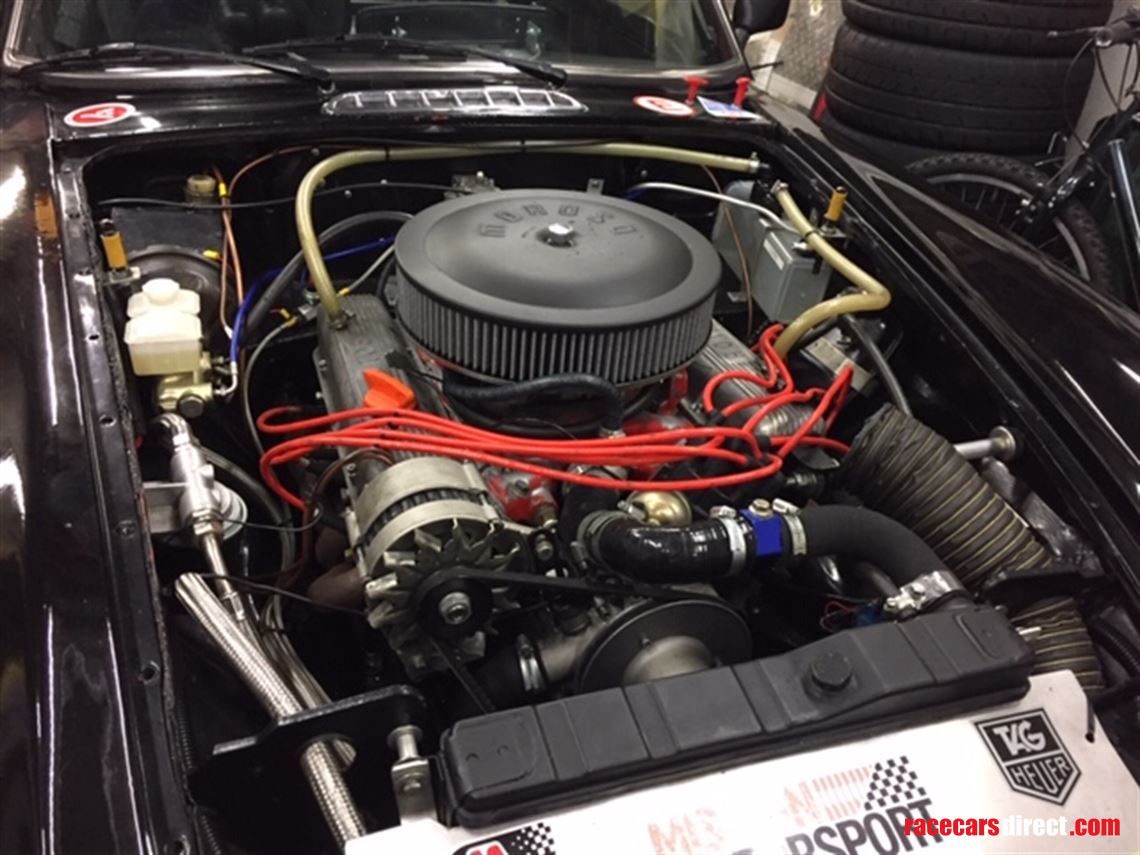 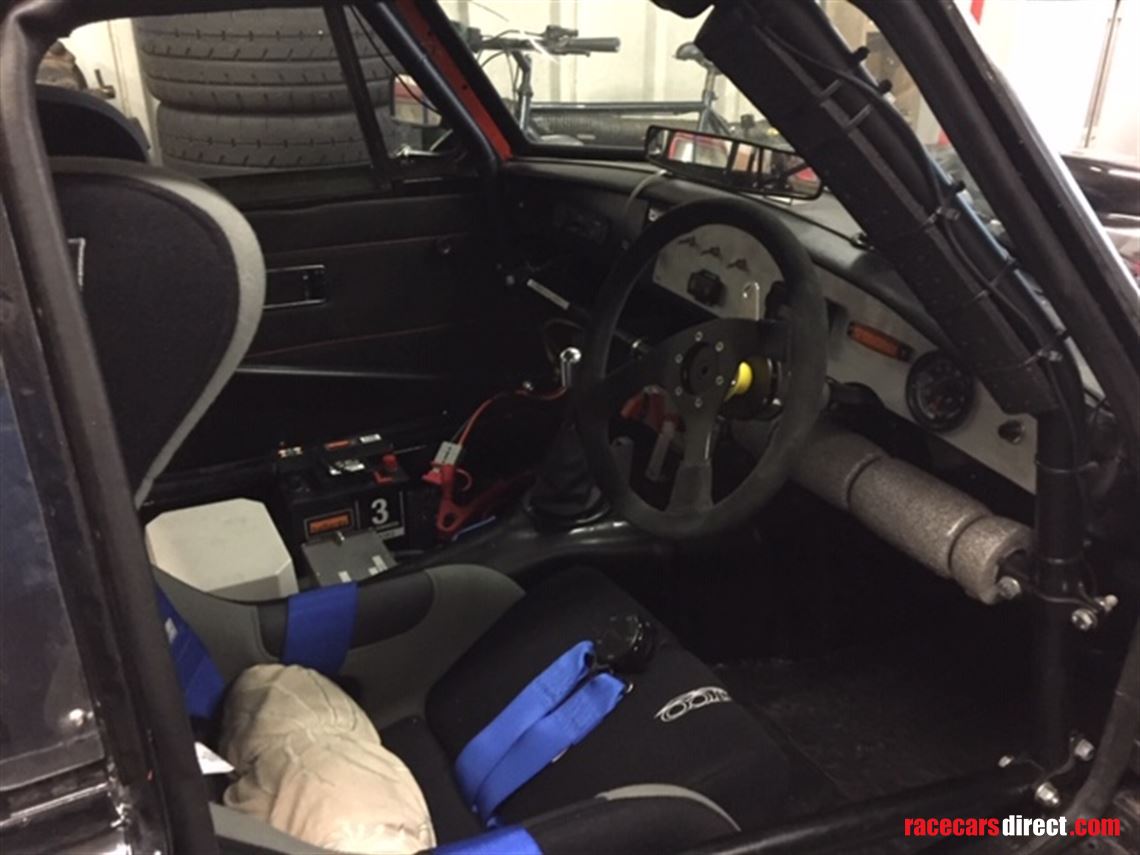 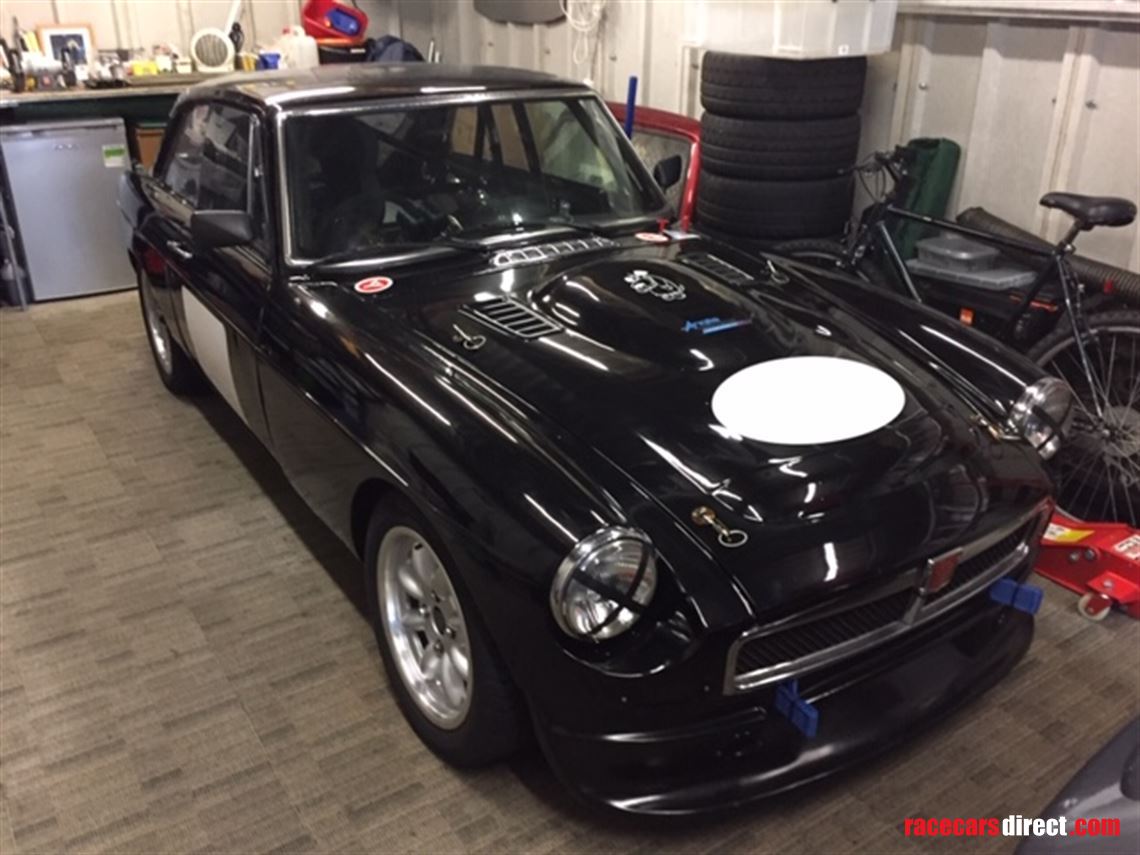 This car started life as one of the last shells built and was first registered 7 months after the last MGB had rolled off the production line in 1980.

30 years later I bought it and built it into a racer, joined a national championship and have been campaigning the car on and off ever since.

It has gone through a few full rebuilds in the past including being converted from a 4 pot to the V8, but has never been involved in a big shunt so the shell is fairly straight for a 40 year old car.

The car has just had a shake down test at Blyton Park (Pictures available at Javelin Trackdays Flikr page 21/03/20). Once back in the garage it's now had a spanner check, and is ready for it's next outing.

Recent Gaz adjustable shocks all round. Although currently has older Spax ones on the rear as I prefer them. Gaz ones will be included.

Modified front upper arms so that you can set up neg camber.

Poly rear, and rear side windows.

Flared rear arches to clear the tyres whilst cornering.

And many other bespoke made bits and bobs that get fitted to race cars over the years. Too many to mention. The brakes have just been overhauled and new Millers race fluid used.

Since the pictures were taken the fire extinguisher has been refittted, a fuel pressure guage fitted, and an AFR Lamda set up with guage fitted.

Is a standard 3.9 block that has had all new bearings in the last year. Recently fitted to this car and has never been raced. Bought from a fellow petrol head who had it fitted to his road legal Hot Rod Morris Minor.

There is also a spare set of heads that are RPI Stage 1, these were over £1000 new and were only used for 2 seasons.

So will you take on this car and add to your trophy cabinet. Or will it sit in the corner of my garage for the next few years until I finally have the time to race it.....?

Obviously the money that has been put into this car over the years is probably an amount that would make me cry if I’d kept count. Not to mention the thousands of hours of work. To build a car to this spec now would cost several thousand in parts, plus whatever you want to spend on an engine, and then buy a decent donor car.

To build one like this yourself could be £12,000+ in parts alone, or professionally built could be £20,000+.  But please bear in mind this is a race car built from a road car. There is still underseal on the bottom (one whole side of floor has been replaced recently), bits of welding here and there and fibreglass in places. But it'll still win trophies!

The car would  benefit from a Dyno run before a race, as I found a slight flat spot at 3000k during it's last test. I beleive this to be the accelerater pump on the Holley needing slight adjustment.

I realise this type of race car is only going to appeal to a minority, so please get in touch if you are interested. Thankfully I'm in no rush to sell and I'll aim to race it this year if possible.

Twin axle Bingley transporter trailer with winch, tyre rack and storage box available for £1500. (Will only be sold if the car is sold.)

No warrenty given or implied, sold as seen.

Professionally rebuilt and converted in 2004. In excellent condition and great to drive

Awesome and very fast car for some serious racing or trackday fun!